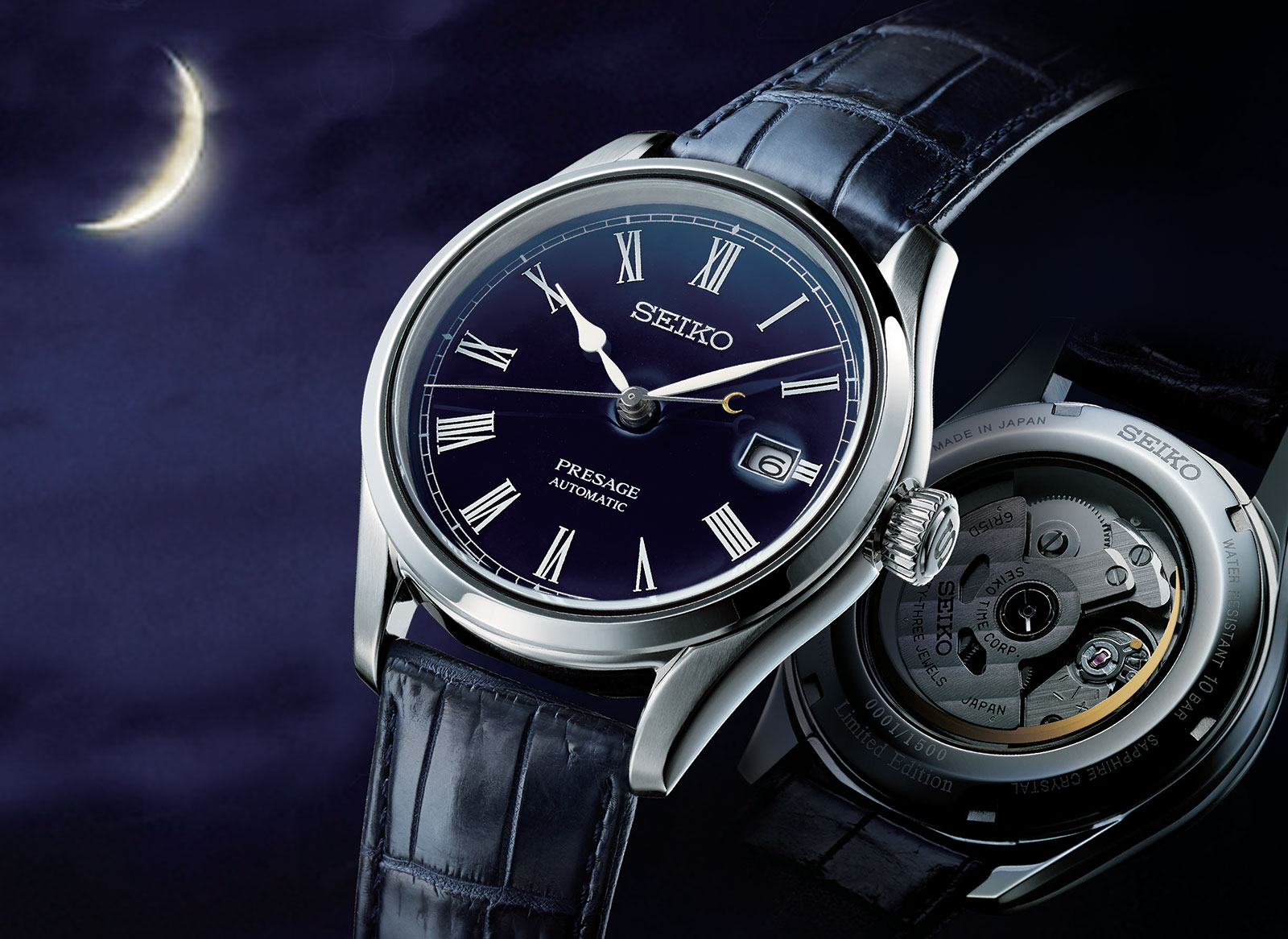 Inspired by the inky colours of the night sky, the blue dial is paired with a gold powder-coated crescent counterweight on the seconds hand, meant to evoke the moon. Similarly, a golden crescent is printed on the inside of the display back. The hands, numerals and markings on the dial are painted in white lacquer. Like Seiko’s other enamel dials, this was produced by Mitsuru Yokozawa and his team of craftsmen, who do a tremendous job of producing good quality dials in large numbers for relatively low cost.

The case is steel and 40.5mm in diameter, with a thickness of 12.4mm. Inside is the 6R15, a self-winding movement with 50 hours of power reserve. Launched in parallel to the limited edition is the regular production Presage SARX053 that is available only at Seiko boutiques and salons in Japan. It has an identical blue enamel dial, but leaf-shaped hands and lacks the golden crescent decoration.

Both prices include local taxes. The respective models are already available in international markets and Japan.

Correction December 9, 2017: The SARX053 is part of the regular collection, and with a different hands. It is not identical to the international market limited edition as described earlier.