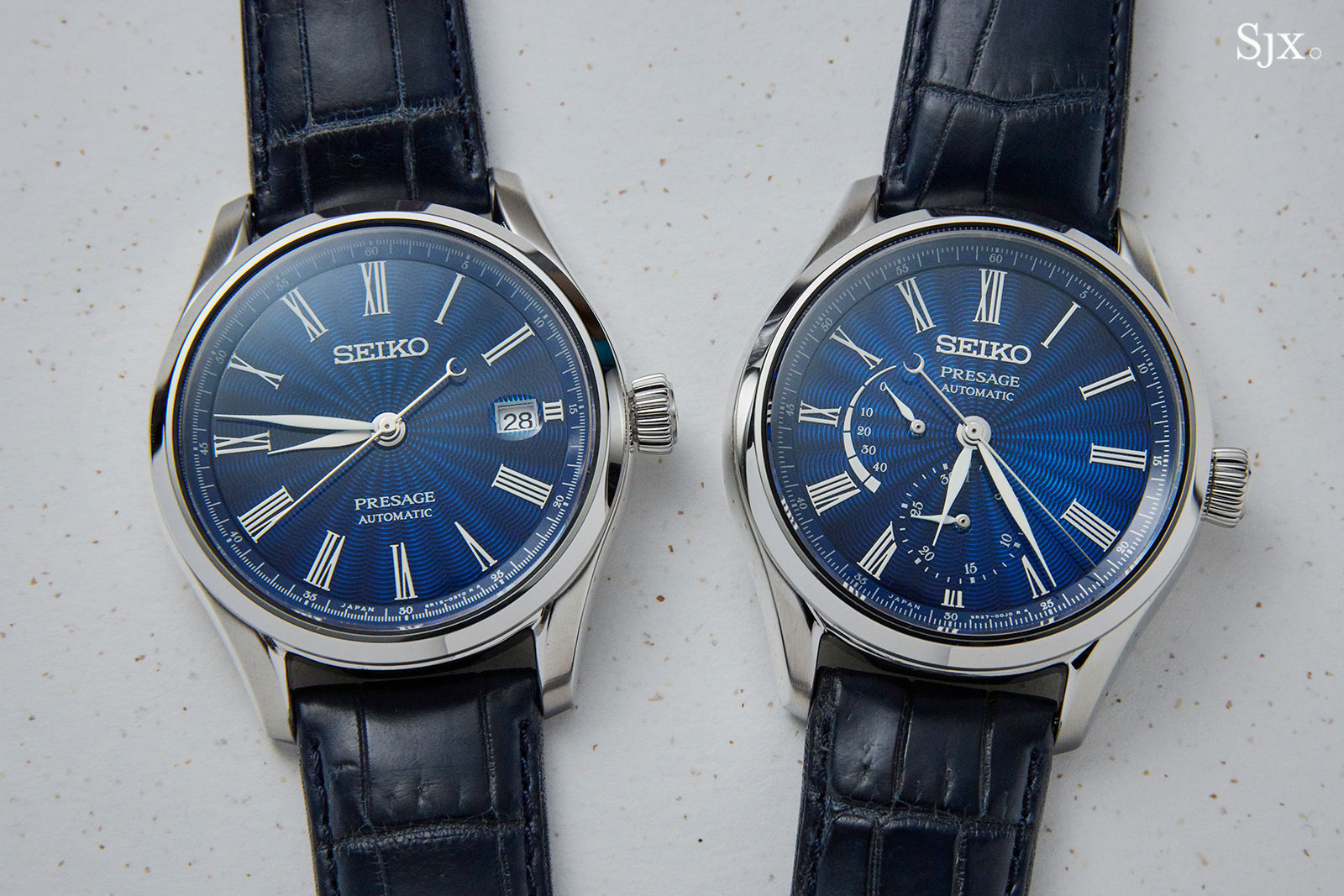 Shippo, or 七宝, is the Japanese term for cloisonné, though the dials on the new Presage would probably be labelled guilloche enamel if the watches were Swiss (and more expensive).

The dials start as blanks with a engraved radial pattern, which are then painted with enamel glaze by Wataru Totani, an artisan at Ando Cloisonné, a Nagoya enamel workshop founded in 1880. Described by London’s Victoria and Albert Museum as “only manufacturer with its roots in the Golden Age still producing high quality cloisonné enamels”, Ando is one of Japan’s most important enamel workshops, retaining its status as a supplier of enamelled objects to the Japanese Imperial Household, which makes the affordability of the watch all the more notable.

After several layers of enamel glaze are applied, the dials are fired at 800 degrees in an oven (done in batches with several dials at once). Each fired dial is then inspected and if it passes, the dial is polished to a smooth, glassy finish. The dial markings are then printed.

The result is a tremendous dial for the money. Richly coloured with a consistent finish, the dials are as good as on watches that cost multiples, even if the rest of the Presage is fairly basic. Two Presage Shippo Enamel models are available – a three-hander with date window (ref. SPB075J1), and the other with a power reserve and date indicator in a sub-dial (ref. SPB073J1). Both have similar steel cases that have a simple polished finish on all surfaces and sapphire crystals. The simpler of the two is 40mm wide by 12.35mm high, a moderate size though thicker than most watches with similar dimensions. It’s powered by the 6R15 automatic movement that has a 50-hour power reserve. The power reserve version is slightly, but indistinguishably, larger, at 40.58mm in diameter and 14.12mm high. That’s mostly due to the 6R27 movement and its additional complications. The 6R27 movement is marginally fancier, with gilded engraving on the rotor, but otherwise visually identical. Both are strong value buys, but the simpler model feels more pure and unadulterated. The one with the power reserve feels busy, and the date sub-dial feels misleadingly like a seconds counter.