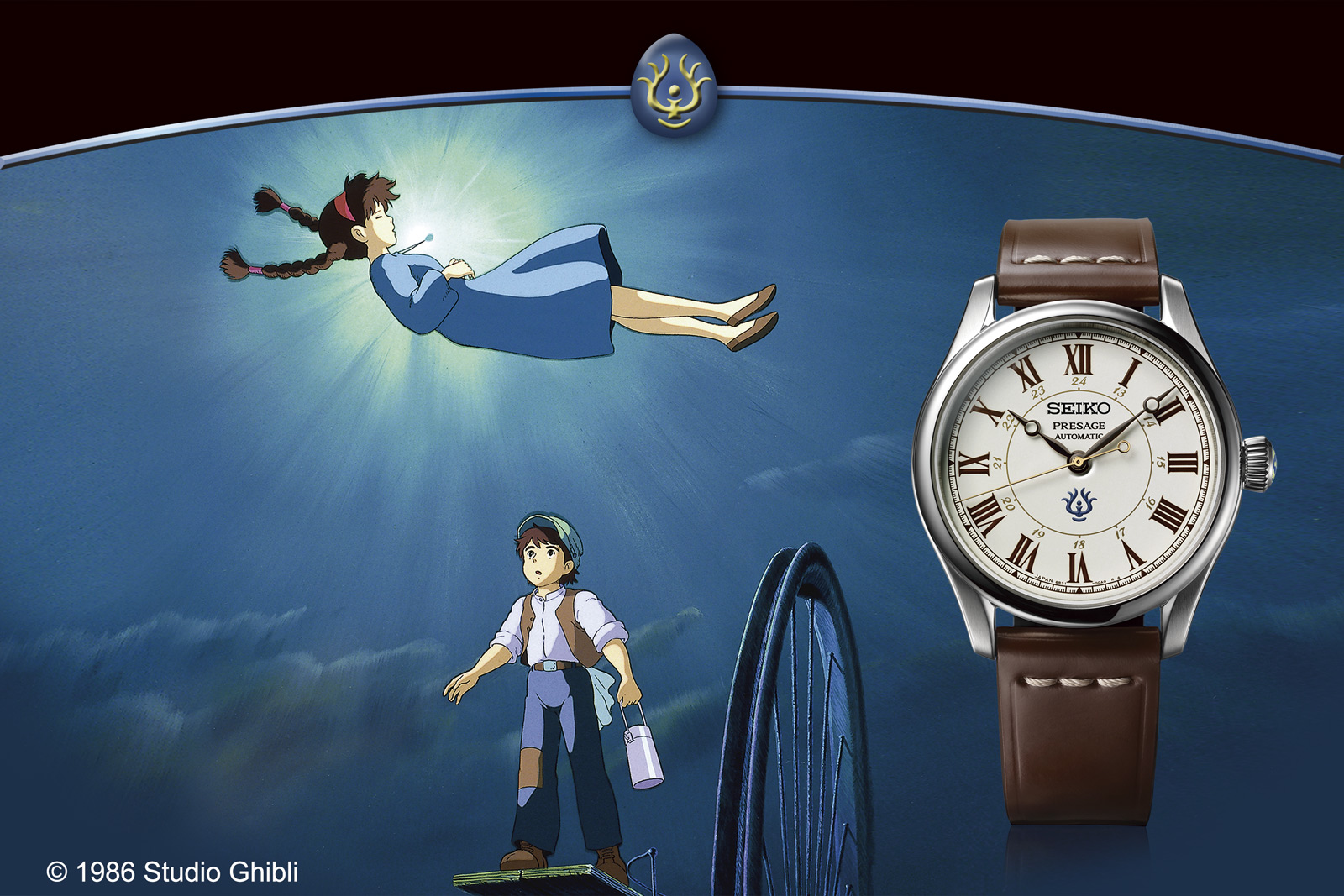 Seiko has long incorporated Japan’s unique pop culture into its watches – from Gundam to Street Fighter – and now it’s turned to the legendary anime film studio behind hits like Spirited Away.

The Presage Studio Ghibli Castle In The Sky is inspired by the 1986 anime film about a pair of children protecting a magic crystal from government agents. Despite the cartoon inspiration, the new Presage has a classical design with Breguet hands, a fired-enamel dial – and no date window. 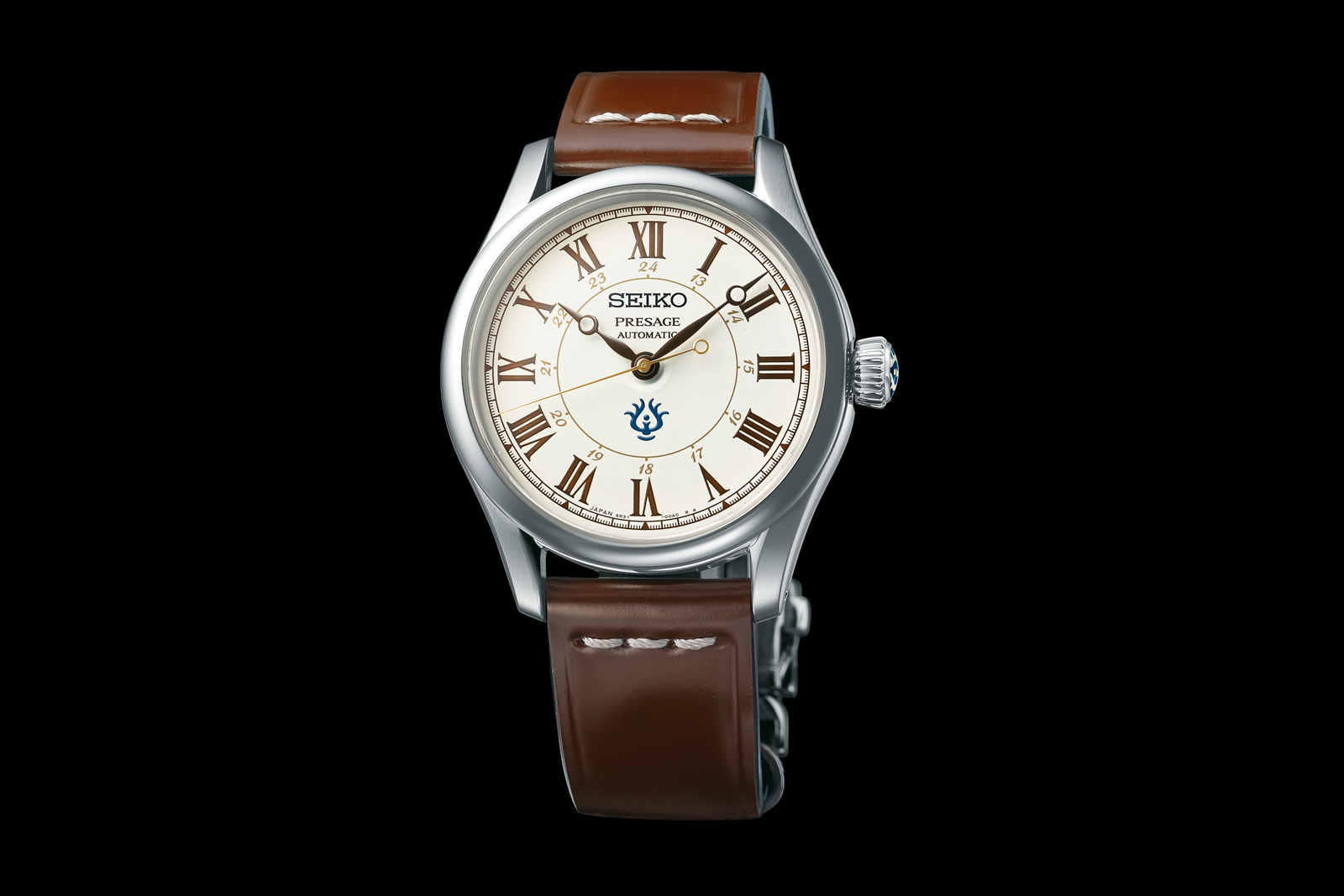 The Castle in the Sky edition gets a few things right. It combines a few specialties of Seiko – the fired enamel dial, Japanese pop culture, and a modern, workhorse movement – all for under US$1,500. That said, the mid-range price is novel for a collaborative model in this vein, since the brand’s earlier crossover editions were either priced substantially higher (as a Grand Seiko) or lower (a Seiko 5).

Also notable is the no-date dial. While Seiko has long offered enamel dials in affordable watches, it usually installs a date function on the three-hand models, perhaps a concession to the brand’s focus on fuss-free practicality for its watches. 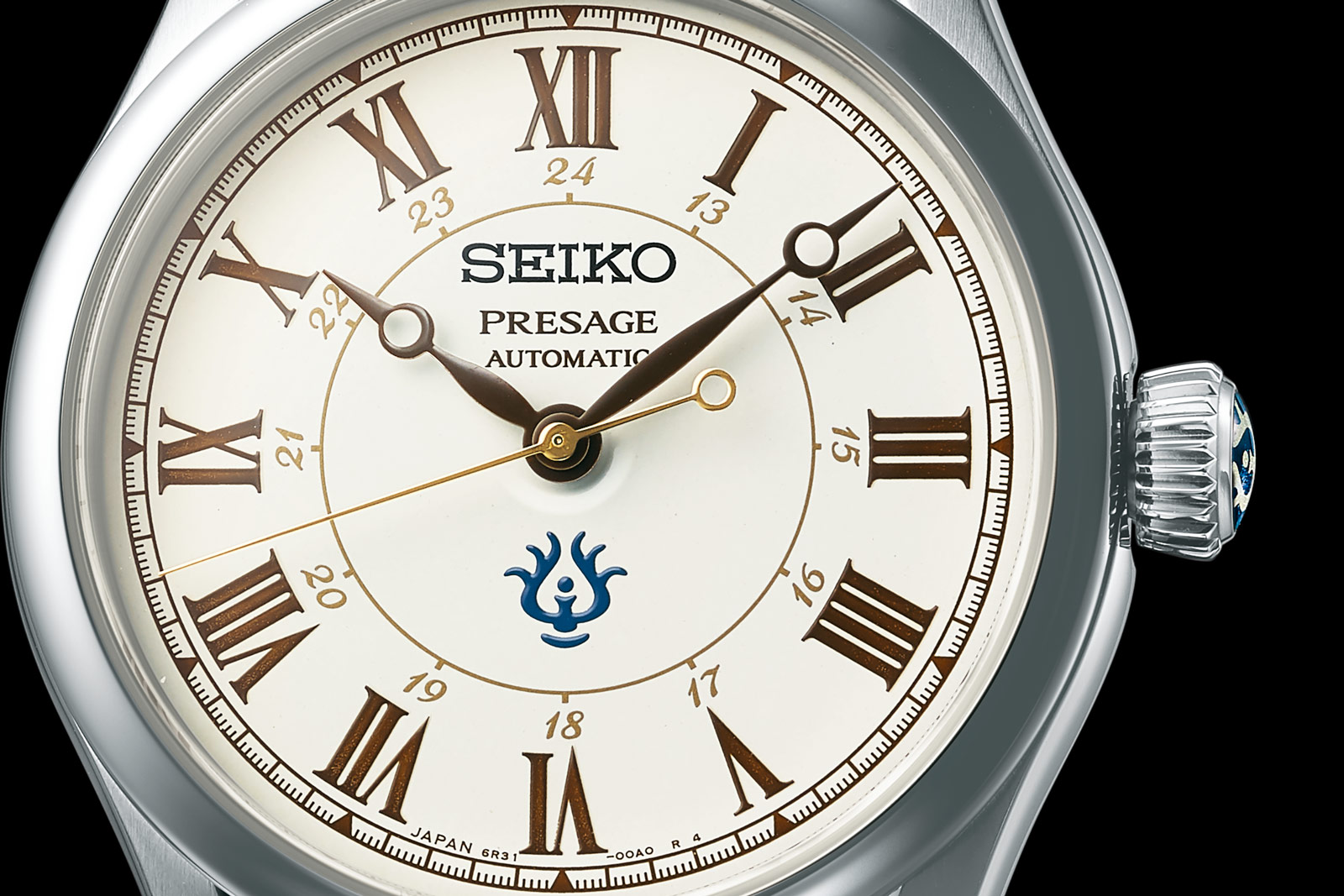 Leaving out the date is not only significant from a philosophical standpoint – perhaps it’s an admission the design matters more than its utility – but the omission of a date aperture makes for a higher quality look. The date window never looked good, especially since the aperture revealed the relatively rough edges of the enamel.

That said, the simplicity that results from the no-date format is partly crowded out by everything else on the dial. There’s a lot of text under 12 o’clock, plus the anime emblem above six. Reducing the logos, and maybe even the 24-hour scale, would result in a cleaner look. 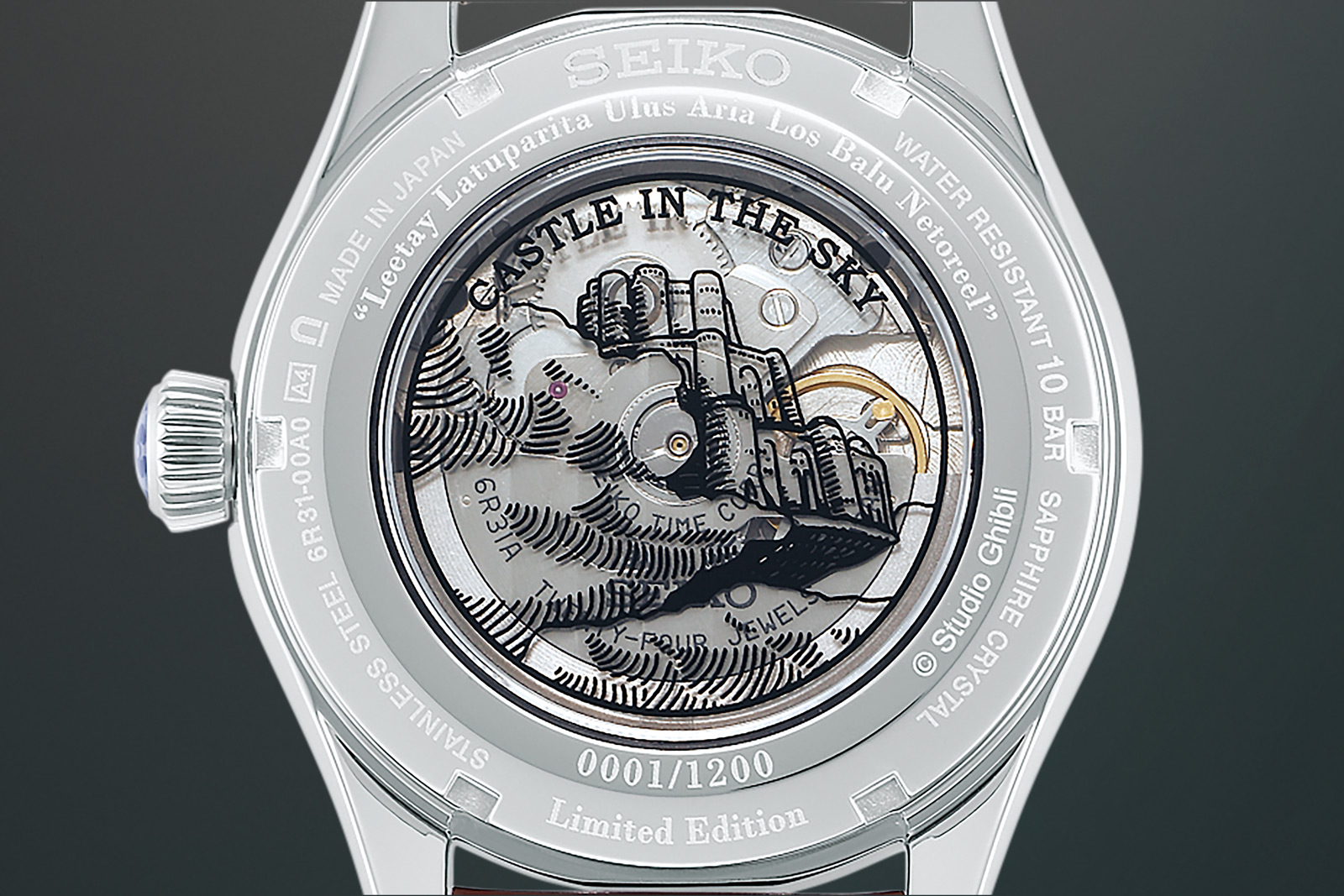 Founded almost four decades ago, Studio Ghibli is world famous for its animated films, including Spirited Away, which won an Oscar in 2003. Most of its films were directed by cofounder Hayao Miyazaki, and frequently accompanied by stirring orchestral soundtracks written by noted composer Joe Hisaishi. 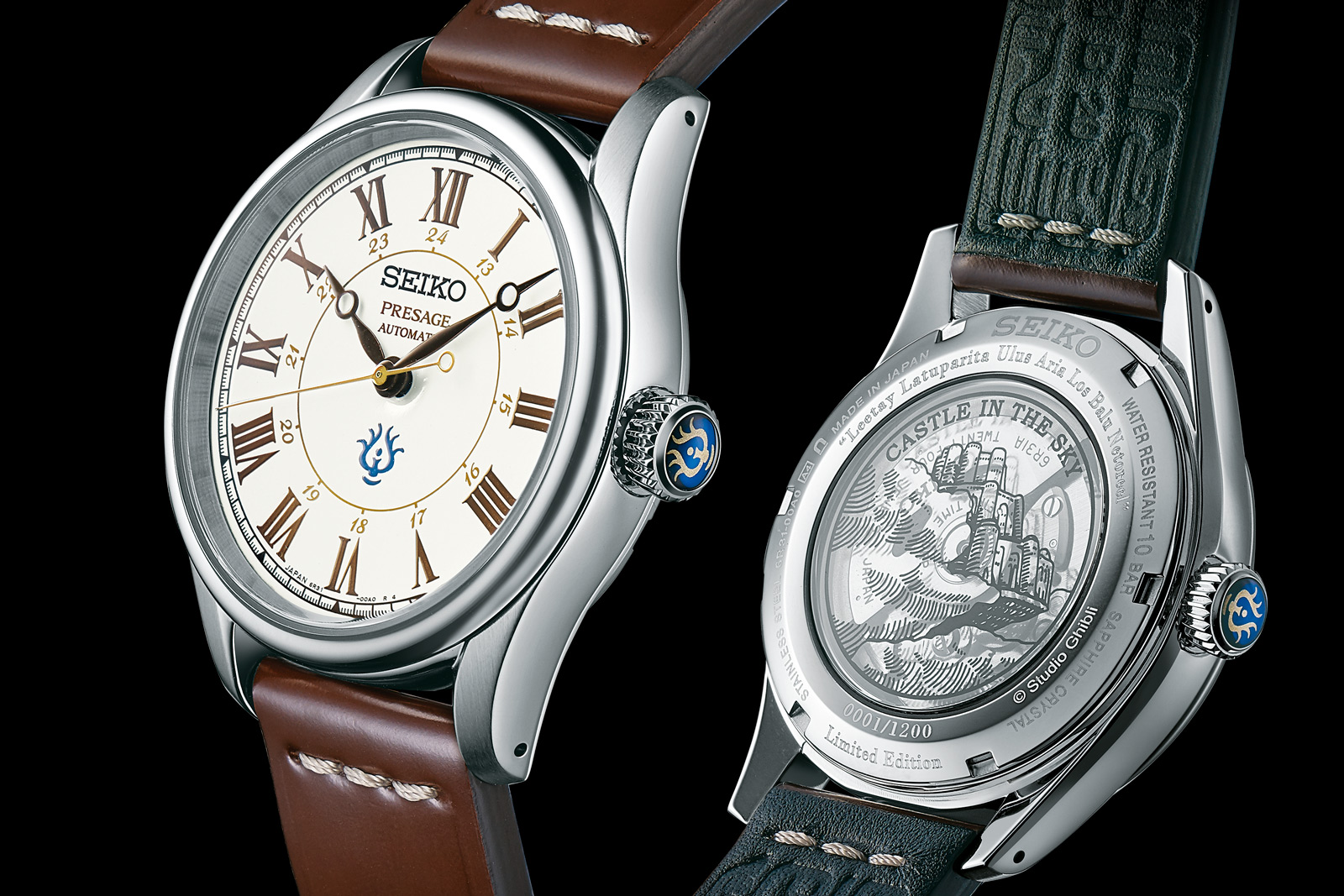 The Presage Castle in the Sky is perhaps more significant, being inspired by the very first film released by Studio Ghibli.

Classical in style with vintage-hued colours, the new Presage has a cream, fired enamel dial. As with past Presage enamel-dial models, this dial is made by the workshop of Mitsuru Yokosawa.

The dial bears Breguet hands, Roman numerals, along with more discreet Breguet-style numerals for the 24-hour scale. At six o’clock on the dial is an emblem from the heroine’s pendant, which is also reproduced under the glass cabochon on the crown.

The overall aesthetic is entirely suited to the nostalgic, fantasy atmosphere of the film where a mythical, flying castle known as “Laputa” is central to the storyline. A line drawing of Laputa printed on the underside of the display back, which is also engraved with a line in the made-up language from the movie.

Visible through the back is the cal. 6R31, an automatic movement with a 70-hour power reserve. It’s the no-date version of the more common 6R35 that’s found in majority of the Presage models. 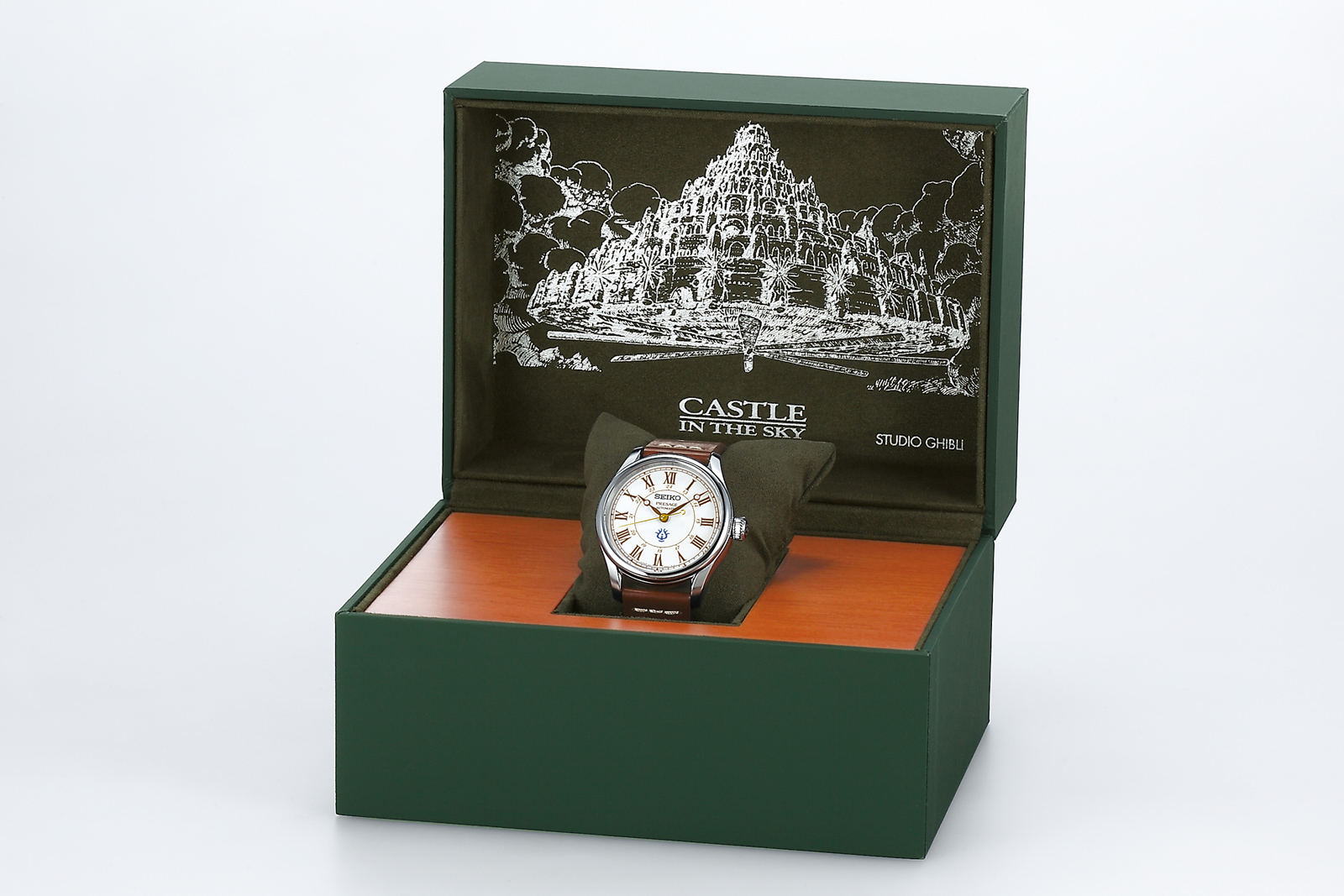