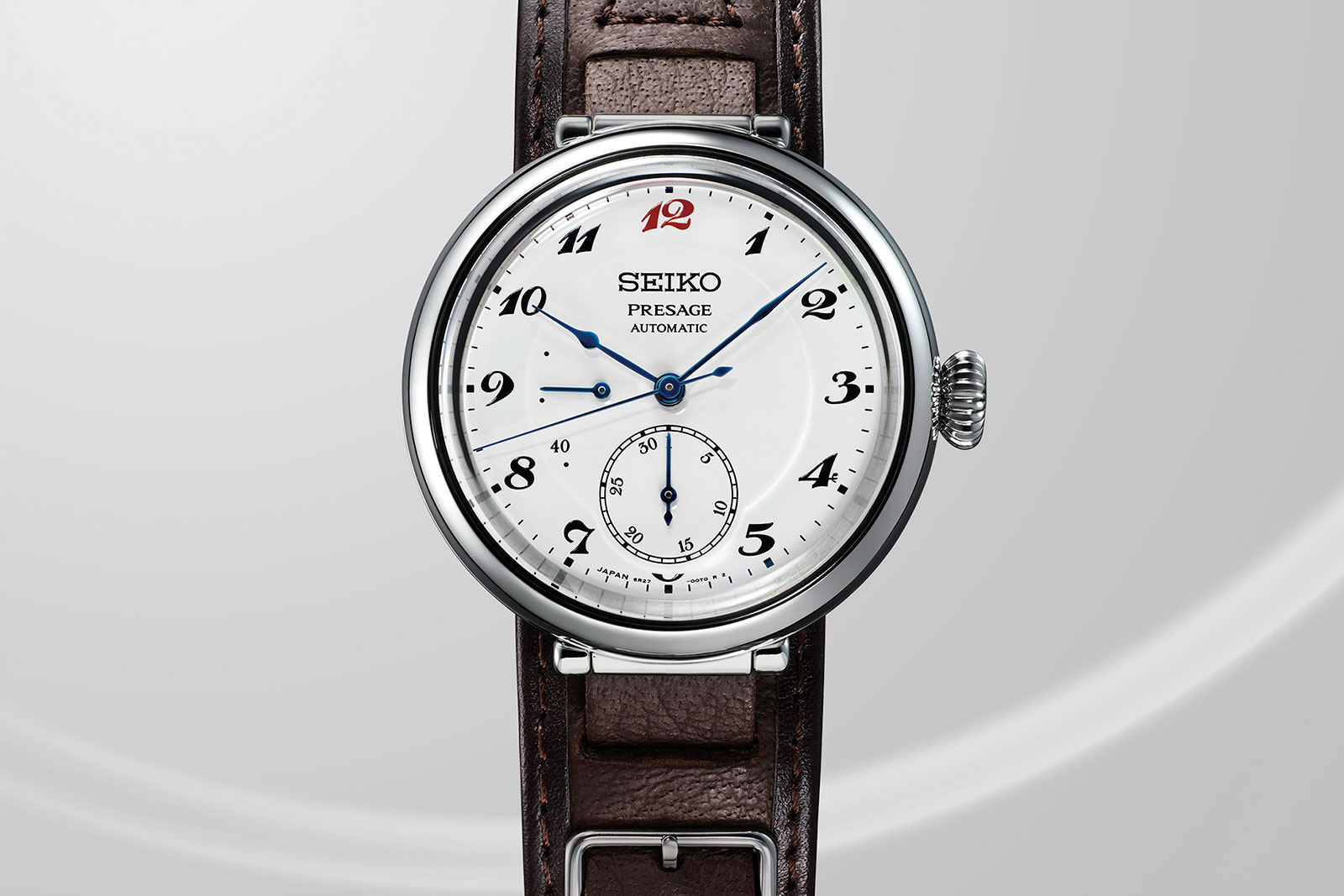 Seiko made history when it produced the first-ever made-in-Japan wristwatch in 1913. Known as the Laurel, the 1913 wristwatch was typical of the era when pocket watches were evolving into wristwatches. 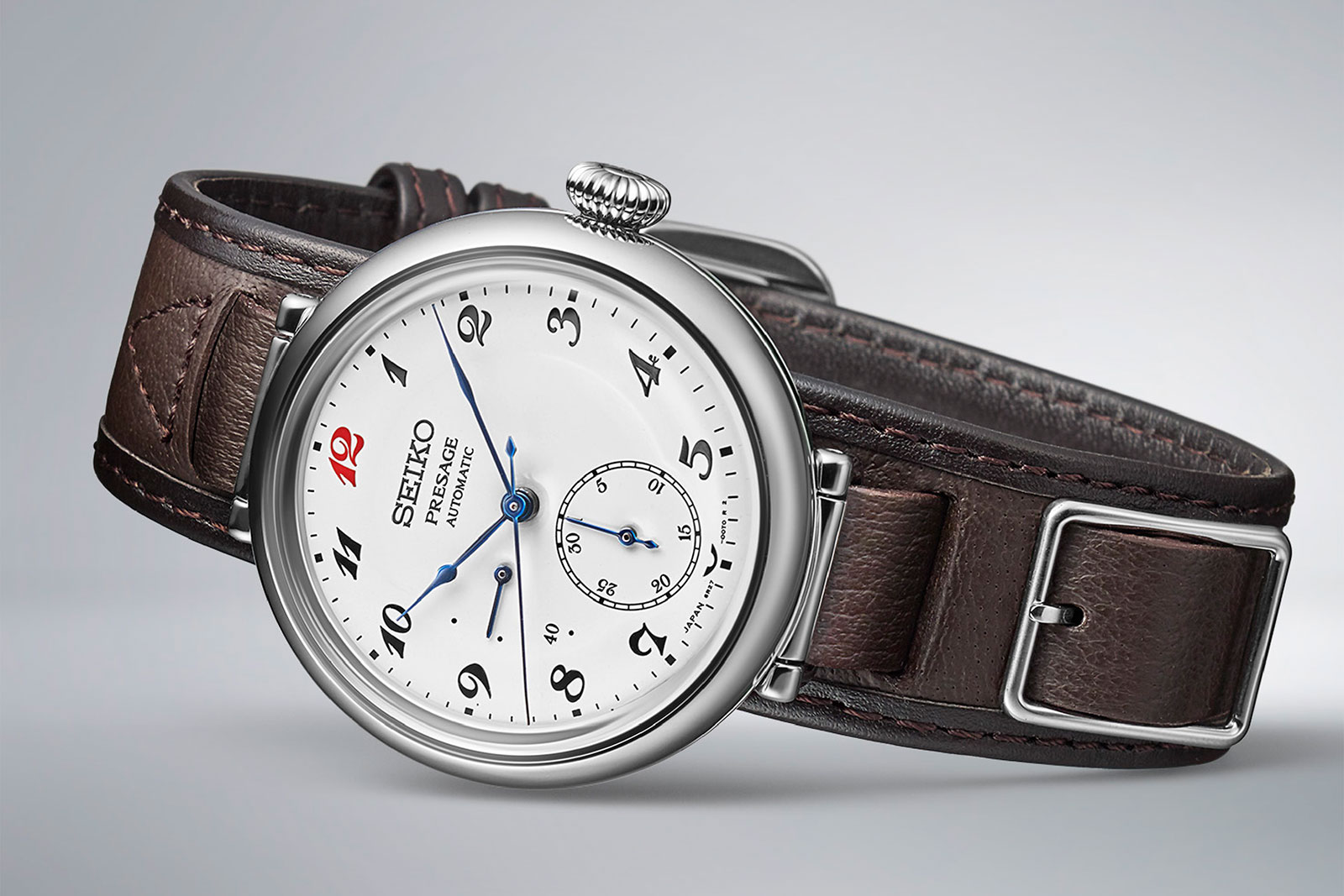 Seiko regularly rolls out Presage limited editions with dials ranging from porcelain to Japanese lacquer, but all share the same case style despite the diversity in dials. In contrast, the Presage 110th Anniversary is refreshingly different and unique within the Presage line-up.

Not only is the case executed in the style of an early 20th century watch, it is also more compact than the typical Presage, measuring at 37.5 mm in diameter instead of the usual 40.5 mm. That said, the new Presage is still fairly thick at over 12 mm high as a consequence of the movement inside. 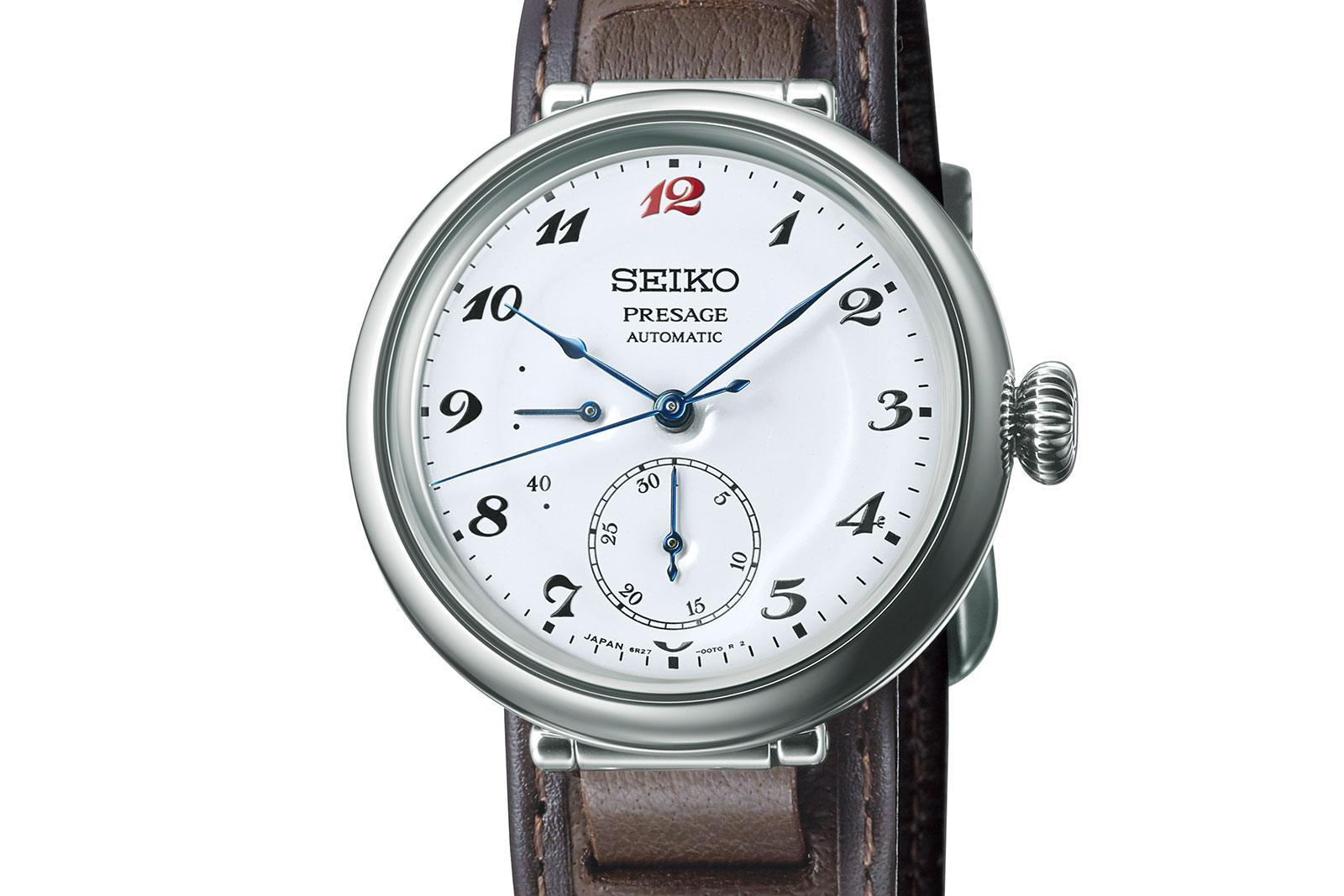 And as expected for Seiko, the Presage 110th Anniversary is solid value with a retail price of about US$2,000. 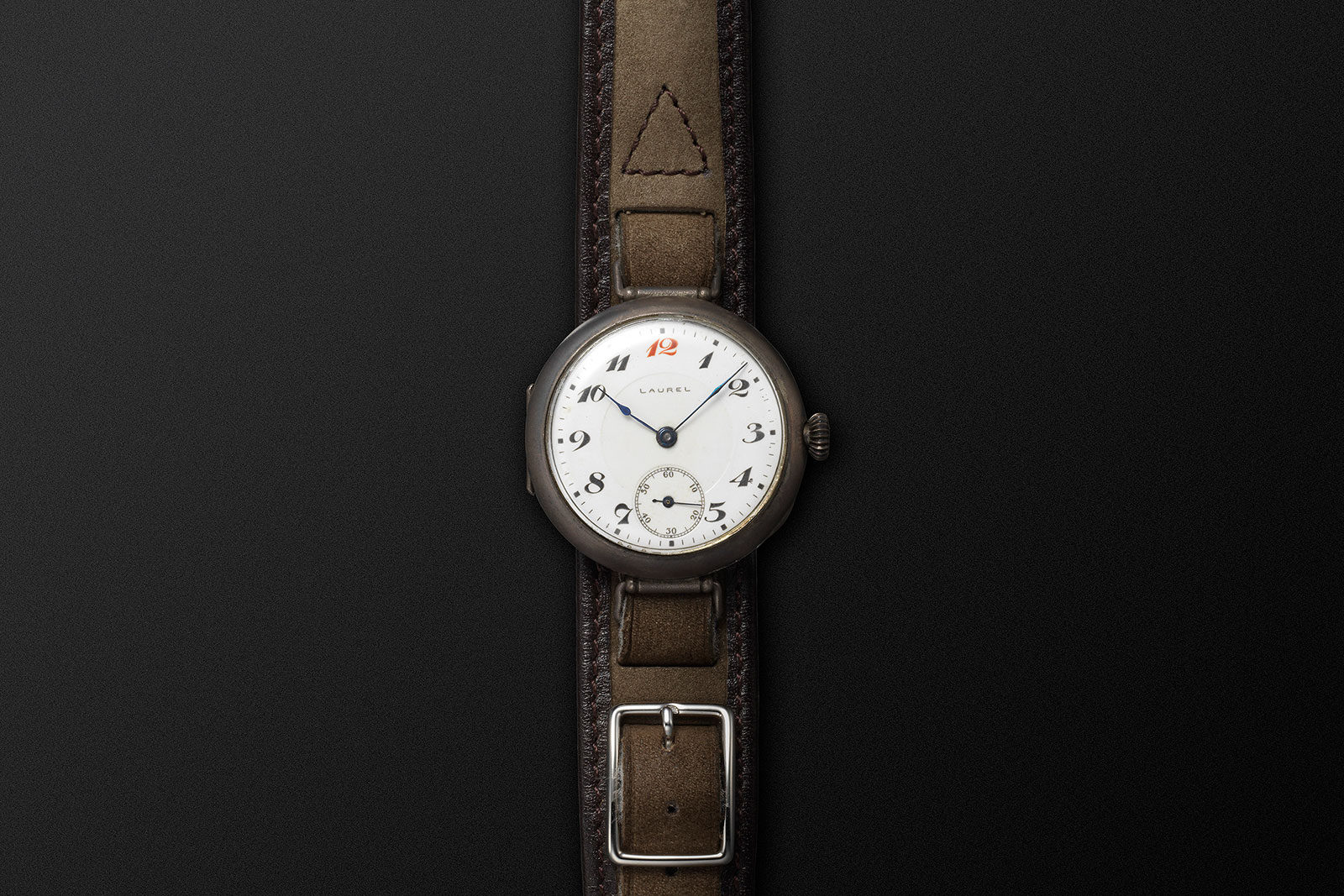 The 1913 Laurel in the Seiko Museum

Entirely polished and stainless steel, the case of the Presage 110th Anniversary takes after the Laurel of 1913. It has narrow, short lugs along with an onion-shaped crown. And the deer leather strap of the new Presage is also similar to the strap found on the 1913 Laurel in the Seiko Museum. 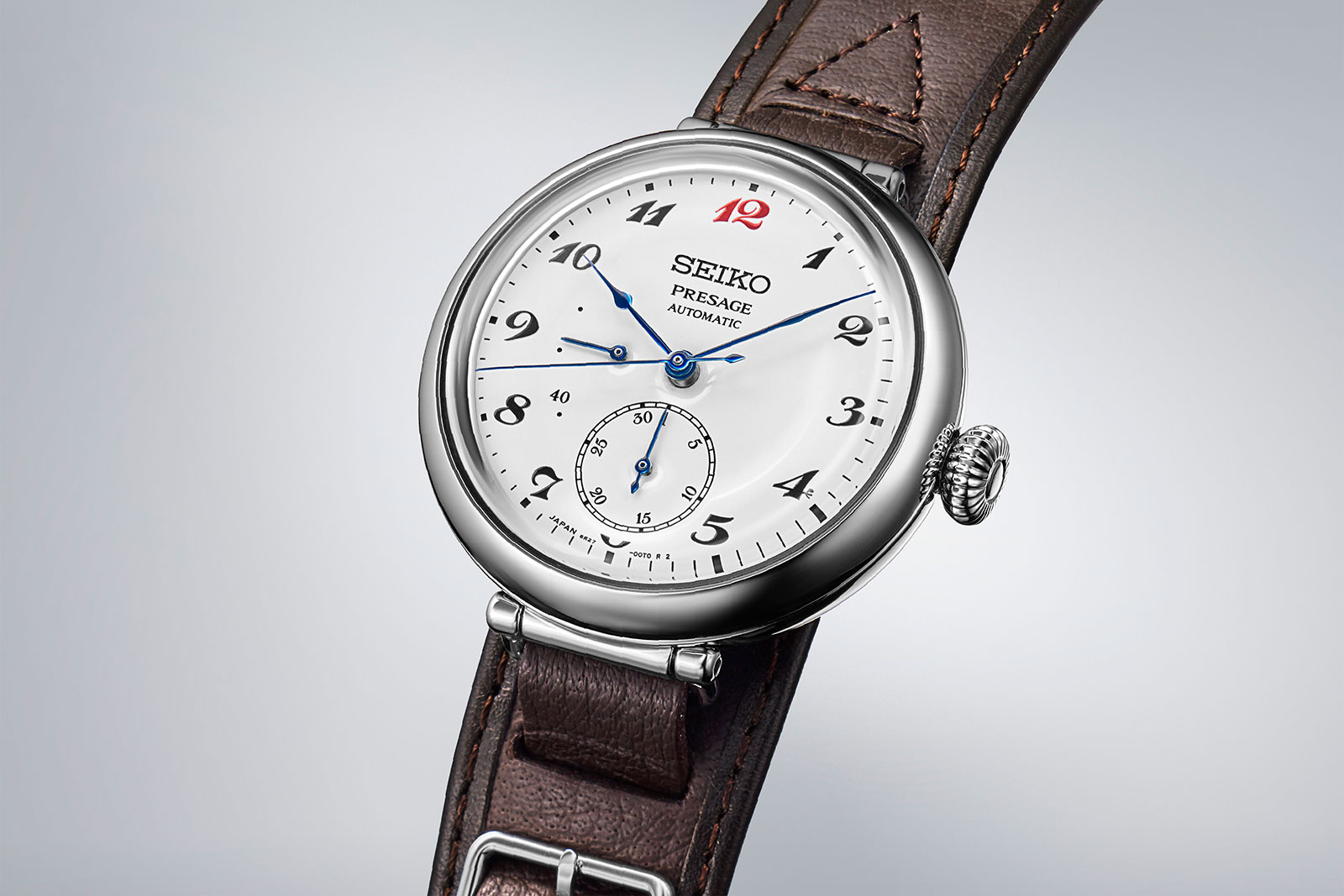 The new Presage is fitted with a domed, “box-shaped” sapphire crystal

But because the movement inside is the cal. 6R27, the dial has printed registers for the power reserve indicator at nine and the date at six o’clock.

A mainstay of the Presage and other mid-priced lines, the cal. 6R27 is automatic and has a 45-hour power reserve. Like Seiko’s other mid- to high-end movements, the cal. 6R27 runs at a higher frequency of 4 Hz. 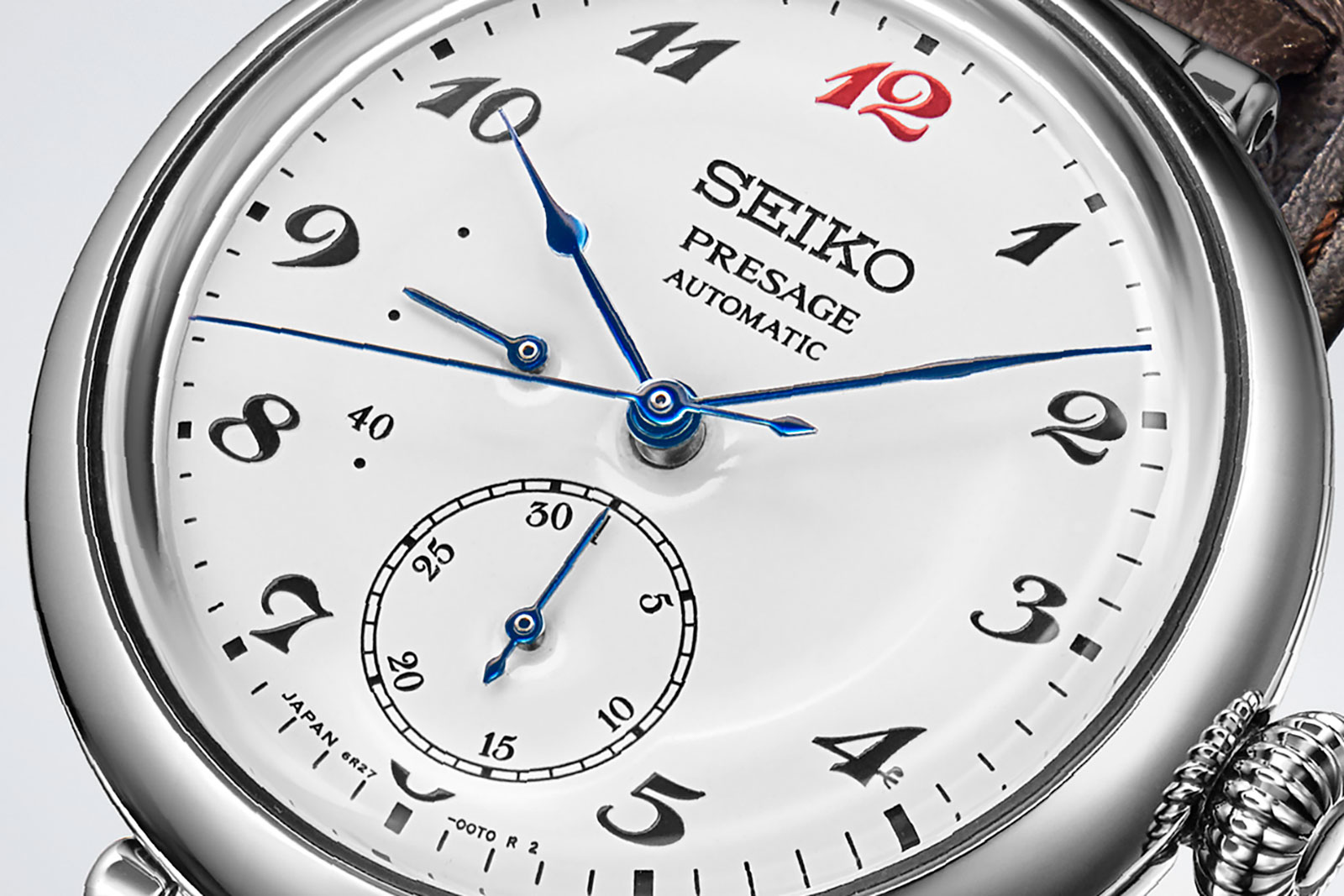