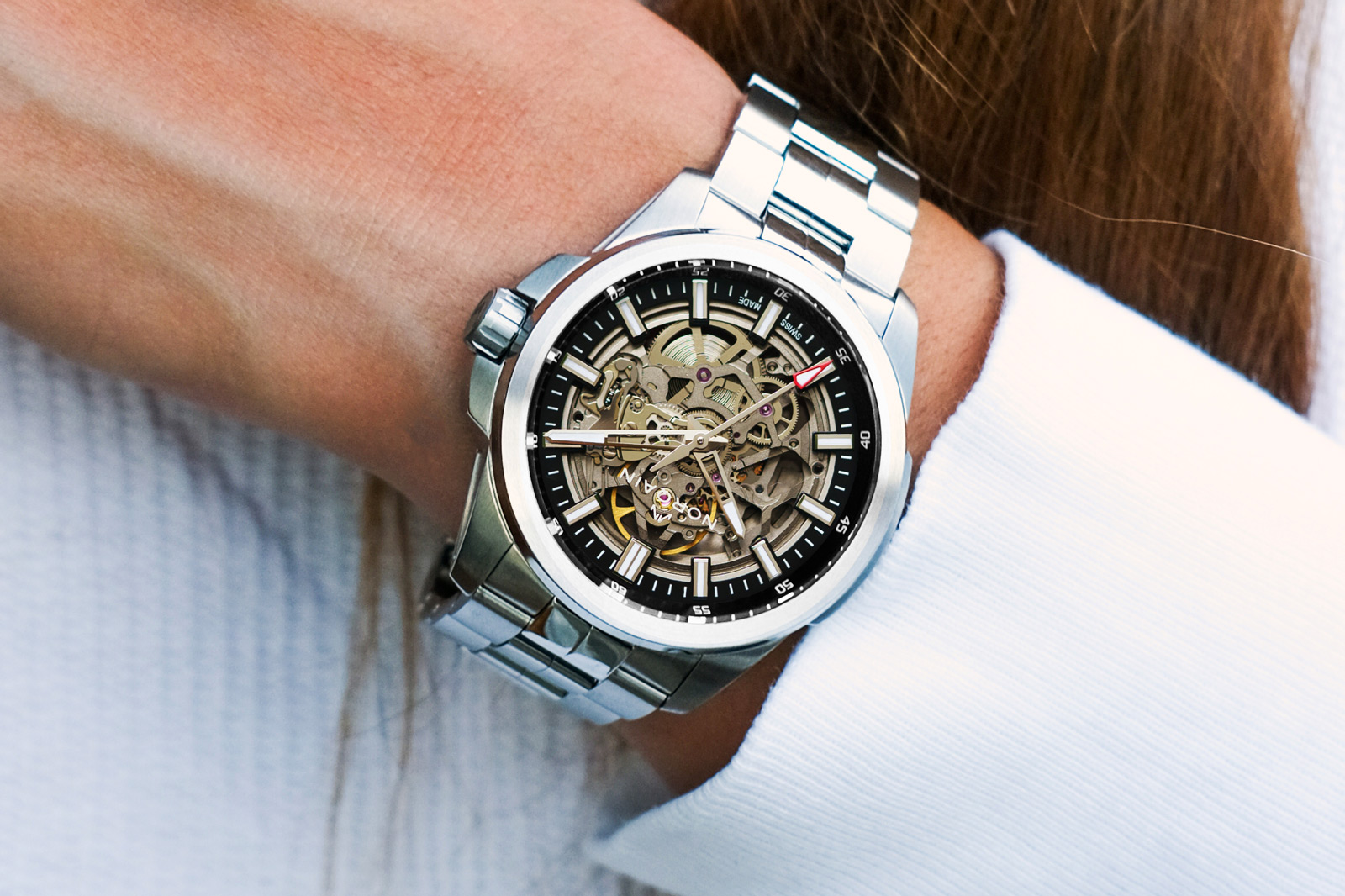 A young brand that’s managed to pull together impressive knowhow across the supply chain – most notably by turning to Kenissi for its movements and recruiting Jean-Claude Biver – Norqain is all about affordable, sporty watches. Most of Norqain’s offerings stick to a similar formula, but of its more interesting watches is the newly-launched Independence 22 Skeleton.

Sellita-powered and open-worked, the model was originally released as a 100-piece run with a DLC-coated case and bracelet. The limited edition sold briskly, which explains the new, regular-production version in steel with a tone-on-tone look that’s arguably better looking than its all-black predecessor. 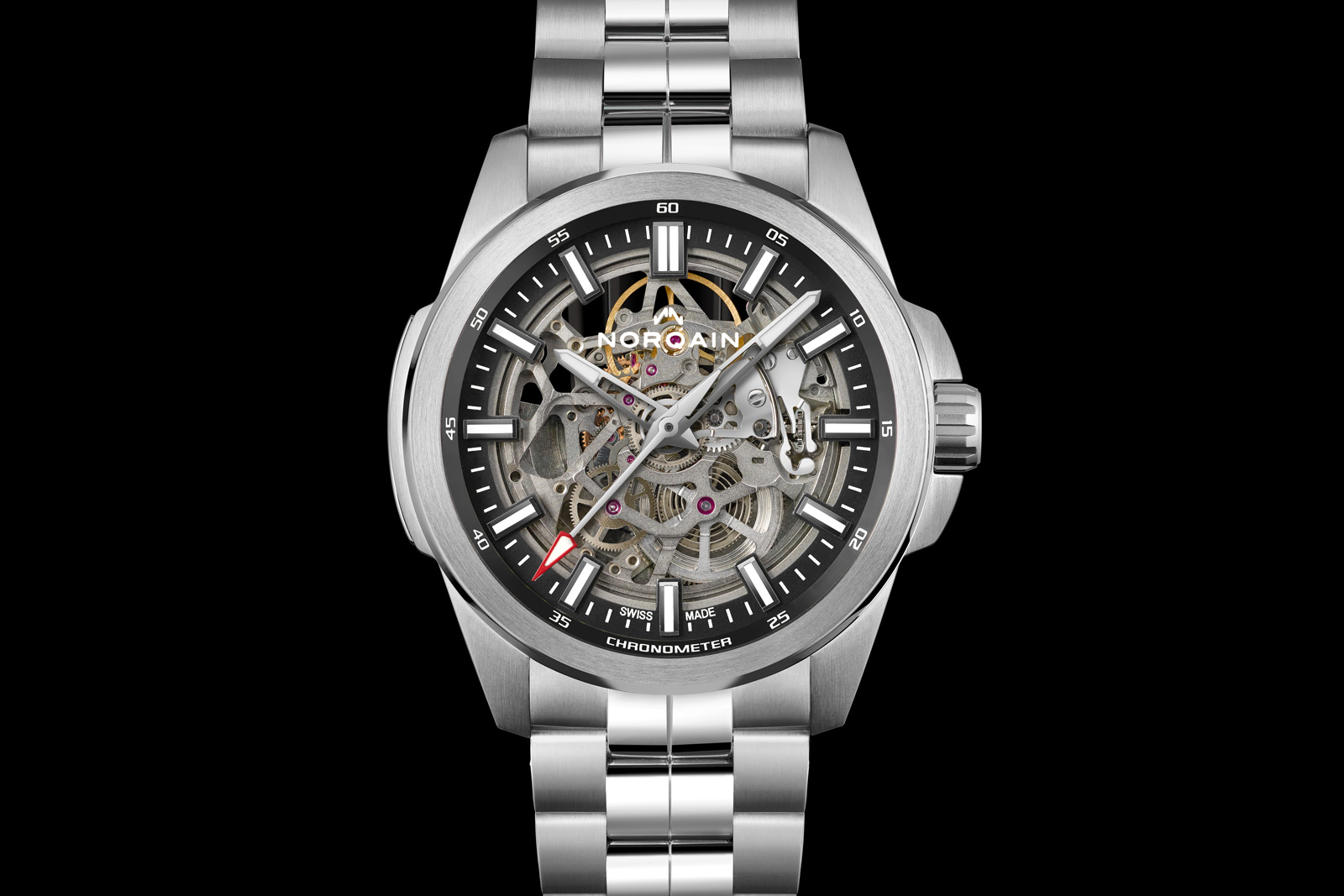 Skeletonised watches that are affordable – meaning a retail price of US$5,000 or less – often look the part. Such watches are usually plain and occasionally cheap looking, purely as a consequence of price constraints. But the Independence 22 Skeleton manages to avoid that and it looks good as the sum of its parts.

The Independence skeleton gets a lot right. To start with, the case measures 42 mm wide and 11.8 mm tall – it’s a big watch but the width-to-height ratio is well balanced; a smaller case would have made it seem disproportionately thick.

The movement has been intricately open worked and most of the brass wheels have been rhodium-plated for a consistent, monochromatic appearance that illustrate the attention to detail in its design. Combined with the raised chapter ring for the minutes and applied hour markers, it calls to mind pricier skeleton watches like the Royal Oak “Jumbo” Openworked. 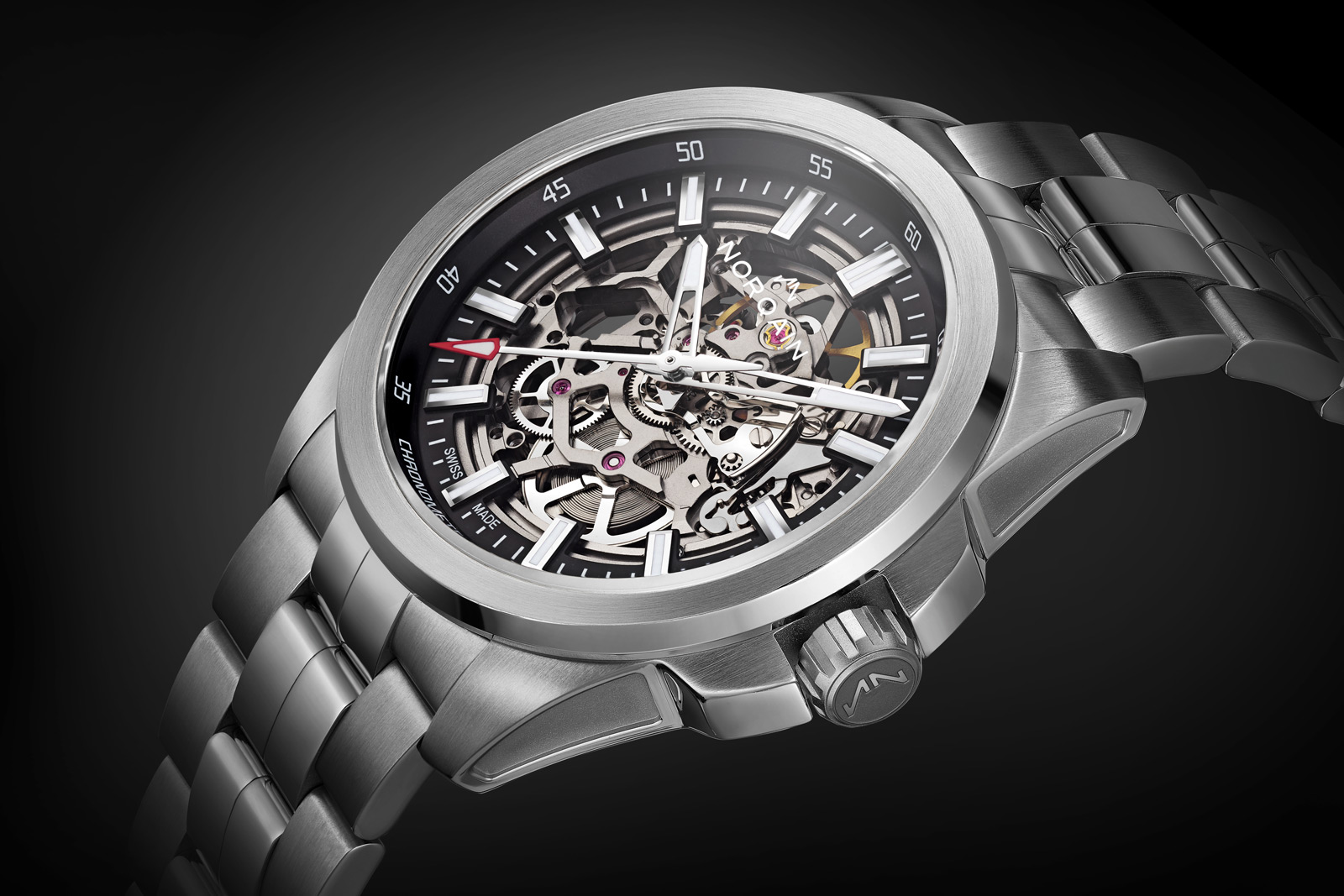 But zooming into the details reveals telltale signs that it’s a watch that retails for less than US$4,000 – which is not a criticism so much as a state of fact. The movement doesn’t have much by way of decoration, while the case and bracelet are basic, albeit solidly built. And the polished, two-part central link on the bracelet seems a bit dated.

All things considered, the the Independence 22 Skeleton is only fair value, especially when compared to Norqain’s Kenissi-powered watches that cost about 10% less. While the Kenissi movements are not skeletonised, they are certainly superior in terms of quality and function.

Still, the Independence 22 is reasonably priced for a sporty skeleton watch and will appeal most to the buyer who prizes the aesthetics of a skeletonised watch. But like most open-worked watches, the Independence 22 Skeleton will also appeal to technically-minded enthusiasts who enjoy observing the fundamentals of a mechanical movement since all the key elements of the calibre are visible.

Inside the Independence 22 Skeleton is the NN08S, which is a Sellita SW200-1 that’s been upgraded with skeletonised bridges as well as slightly better finishing.

The skeletonisation is executed in an appealing manner, especially in the geometric form of the bridges, which are modern and suit the sporty case. The modern look is also due to the tone-on-tone finish for the movement parts, which gives the face a coherent aesthetic while also boosting legibility. Although the movement is monochromatic on the front, the same cannot be said for the view from the back, where some of the wheels retain their stock gilt finish. 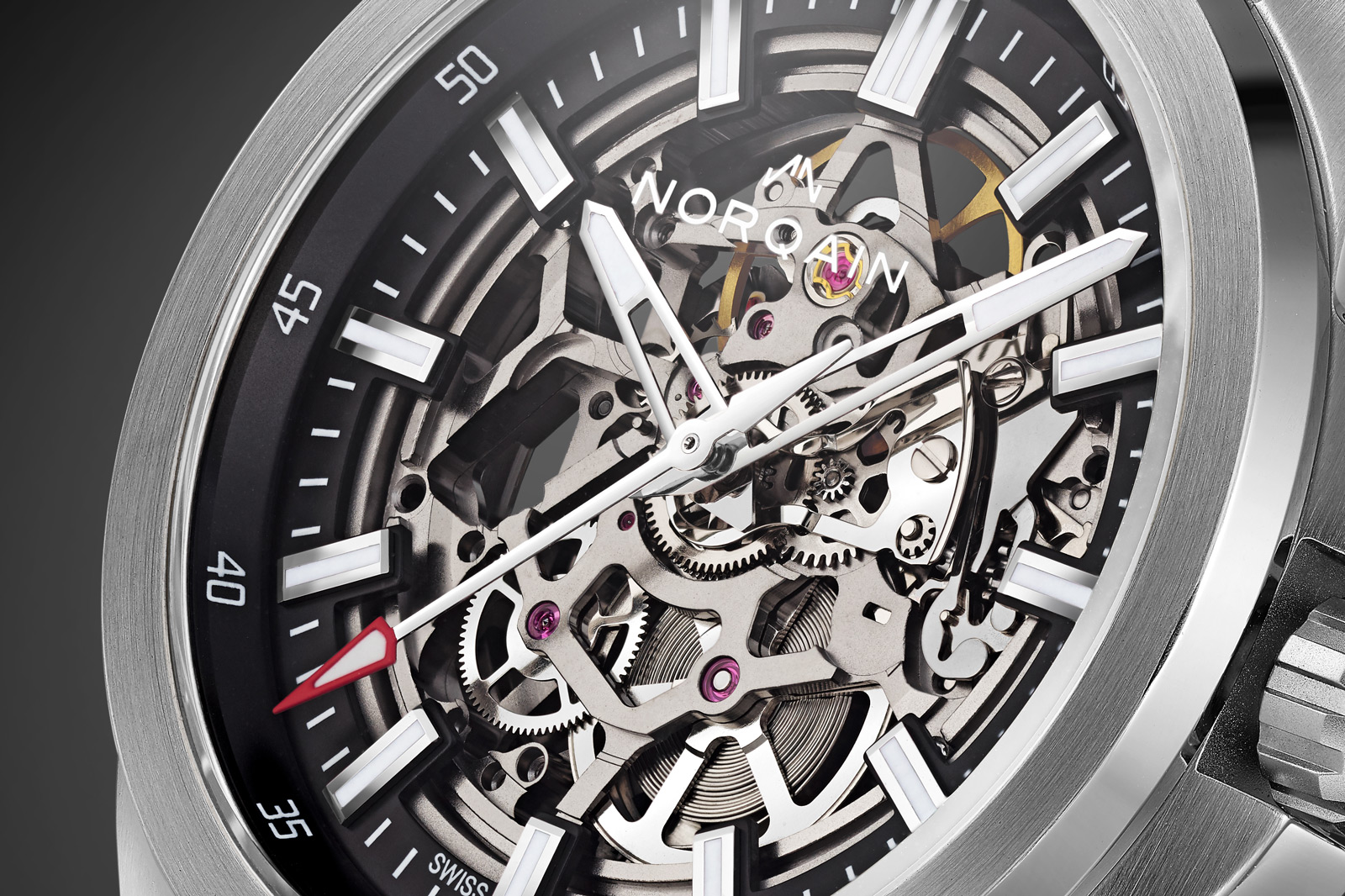 The NN08S is a COSC-certified Chronometer

And as a skeletonised movement, the NN08S perfectly showcases the basic functions of a mechanical movement.

And the keyless and motion works that are usually hidden under the dial are now visible at three o’clock, allowing the wearer to see the mechanical connection between the crown and hands.

Limited edition: No
Availability: Direct from Norqain and its retailers
Price: CHF3,790; or 6,080 Singapore dollars