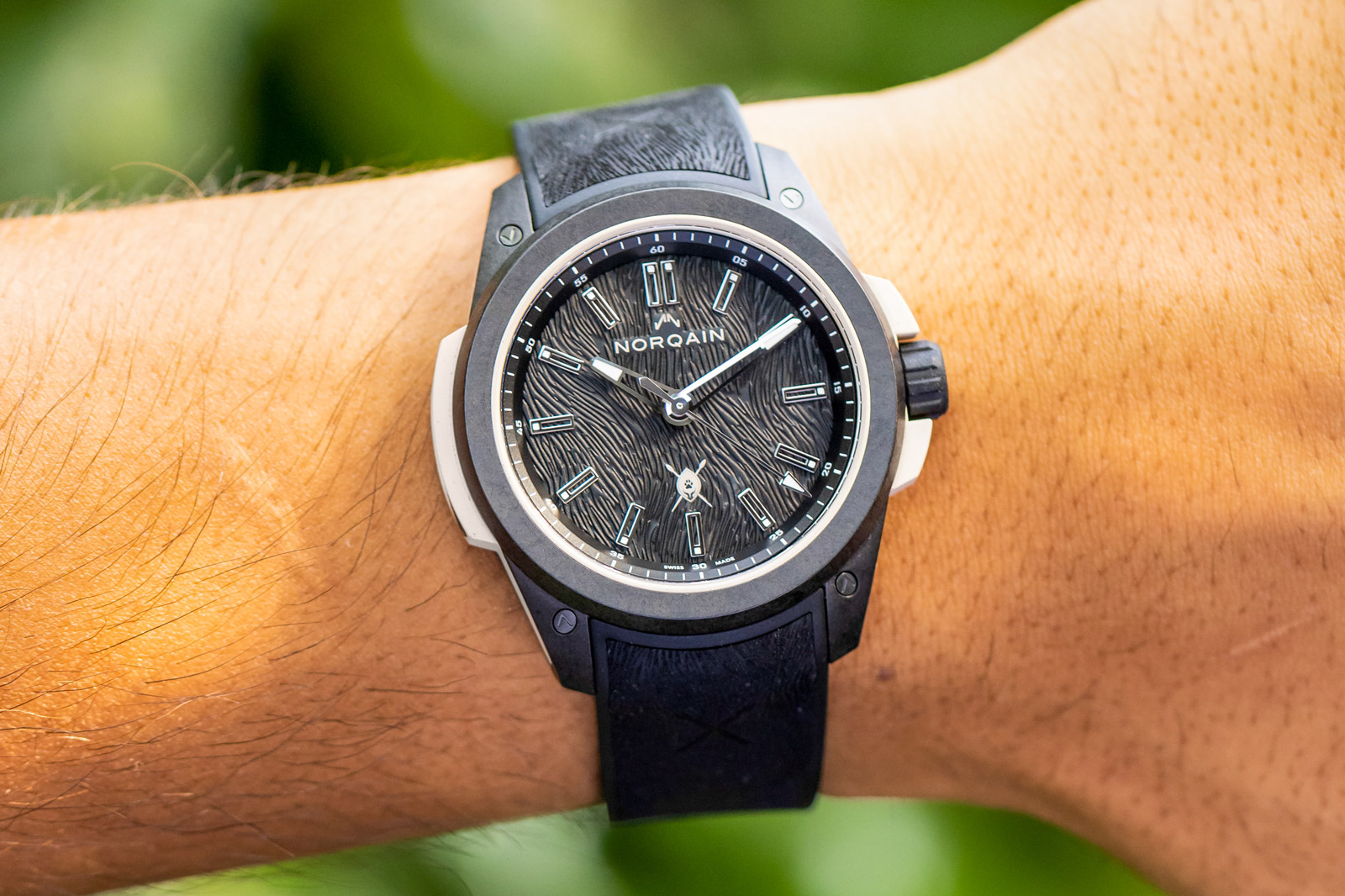 Just three months after it announced Jean-Claude Biver joining its board,  Norqain has unveiled its first product conceived in conjunction with the industry veteran best known for having created Hublot as we know it today, the Wild One.

The Wild One is a lightweight sports watch with a case of a carbon composite known as Norteq and a laser-cut, patterned dial. It’s the culmination of a two-year project involving Norqain, synthetic rubber specialist Biwi, and more recently Mr Biver, who “[challenged] the team to innovate; to create a lightweight and shock-resistant timepiece that reflects the brand’s active DNA”. 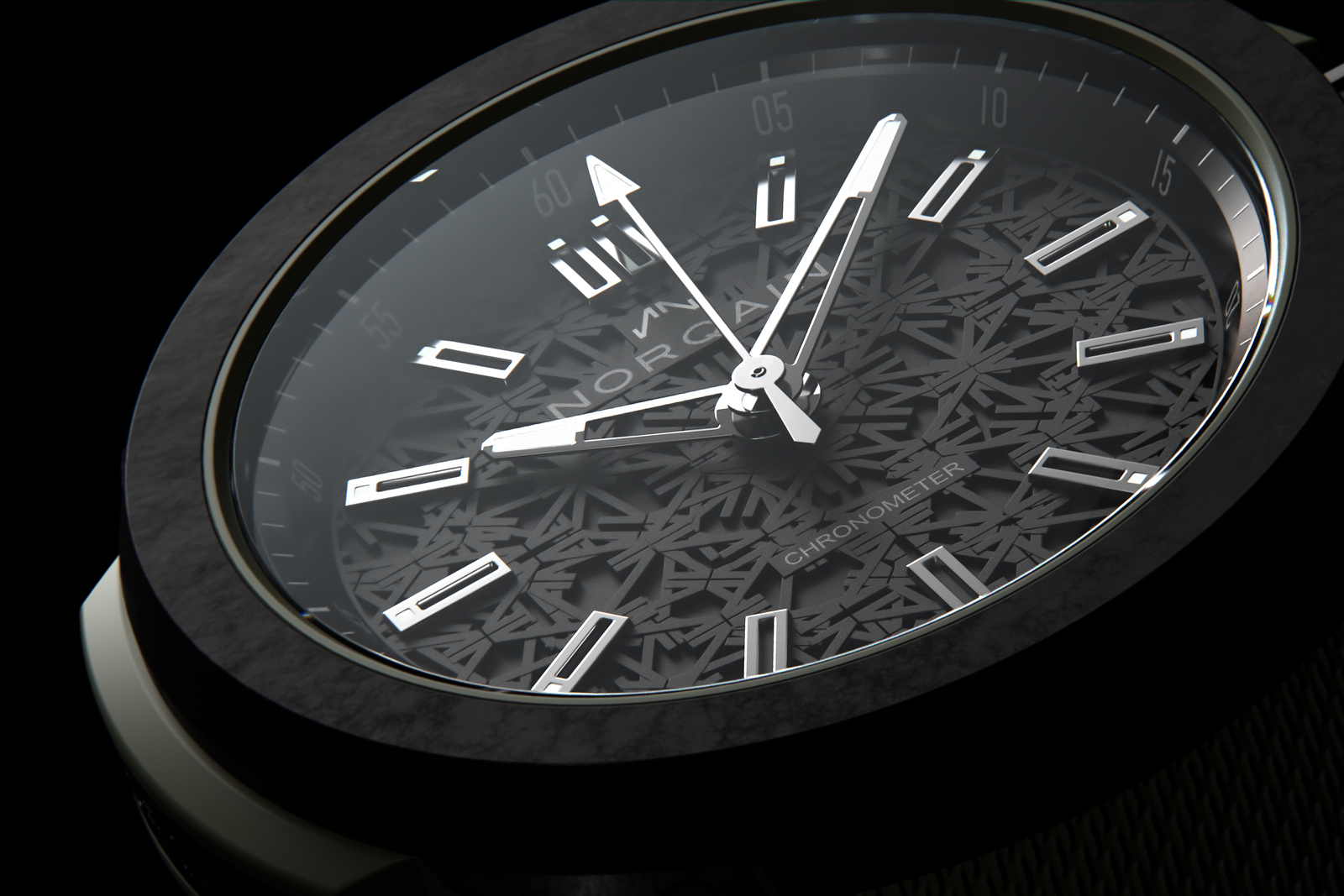 Often found in expensive and exotic sports watches – although not an expensive material in itself – carbon composite cases are uncommon at the US$5,000 price point, thought they are becoming more common. Alongside models from Oris and Bell & Ross, this is amongst the few offerings in this price segment. And the Wild One has all the features of a bona fide sports watch, including water resistance of 200 m and of course a robust Kenissi movement.

That said, the Wild One will also have the downside that is intrinsic to carbon composite – it is essentially a type of plastic and looks the part, resulting in a look that you either like or not. 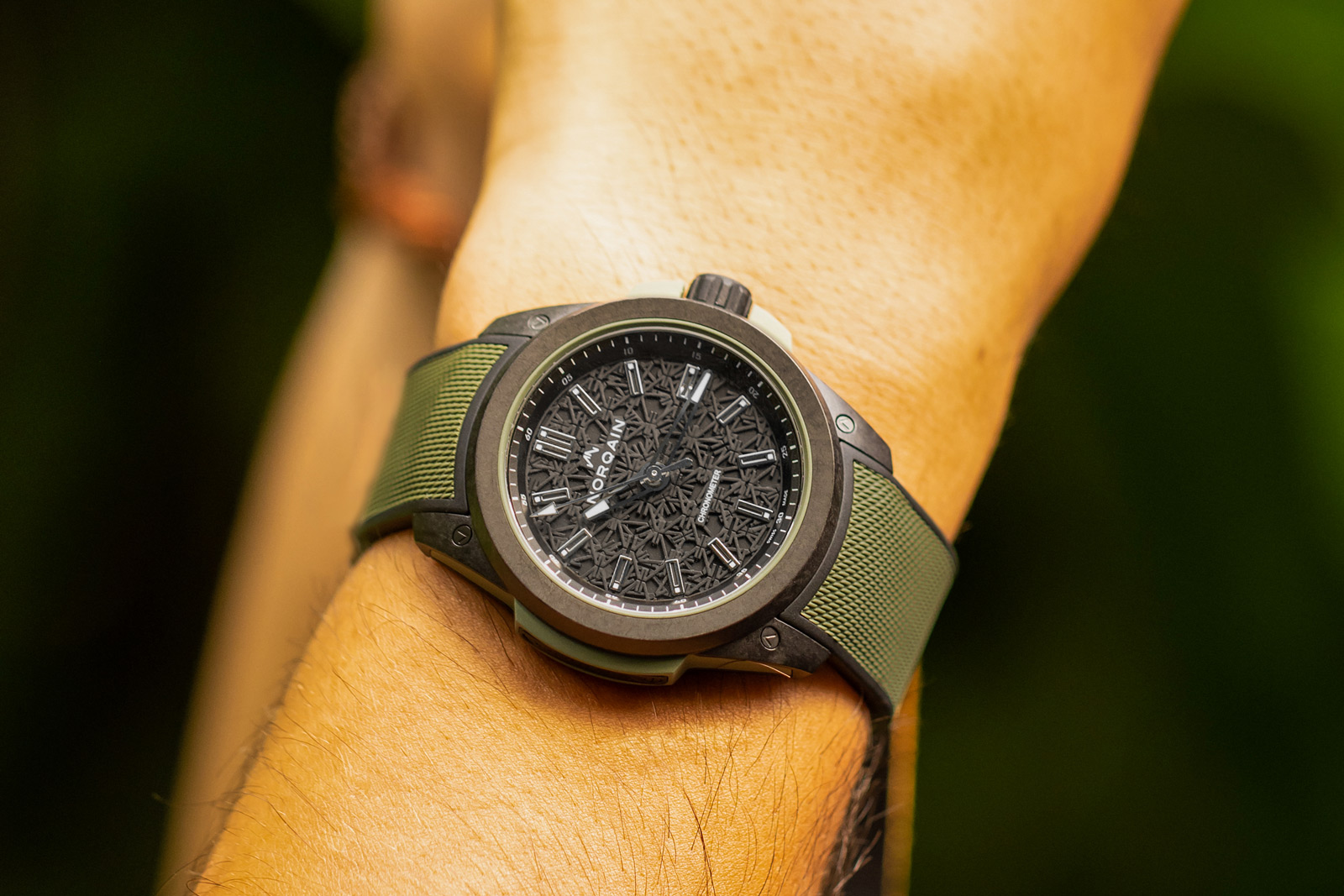 Notably, the liberal use of modern synthetic materials like carbon composite and rubber certainly evokes other products Mr Biver had a hand in creating. And so do the aesthetics; the patterned dial brings to mind some Hublot models, though the Wild One is nowhere near as contemporary as most Hublot watches.

Still, the resemblance to Hublot is modest. While it does well in terms of tangible features, the Wild One does look a bit generic in terms of design. Its materials are certainly more exotic than its looks.

With its combination of materials and a solid movement, the Wild One is a good attempt at setting Norqain apart from the competition in its segment. In terms of build it is qualifies as a distinctive proposition, though the design means it will have only a niche appeal. 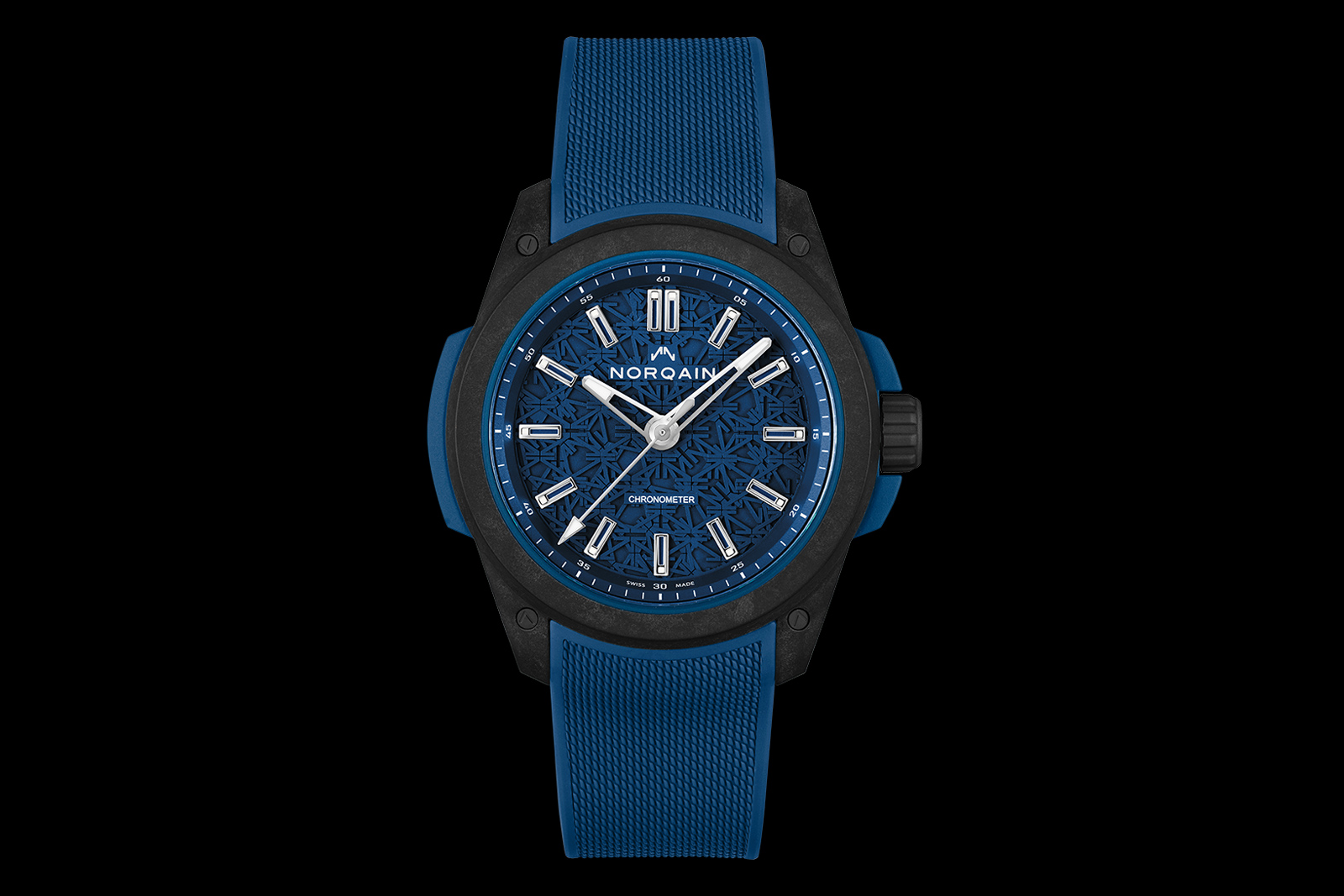 The Wild One is being introduced with four variants, half of which are limited editions, namely one with burgundy case as well as the African conservation-themed Hakuna Mipaka in black and gold. All have cases of Norteq, a carbon composite developed by Biwi, a maker of rubber, silicon, and plastic components for watches.

The regular production models have as standard a case in black Norteq, distinguished with either blue or khaki rubber insert. Both are fairly muted in style, in contrast to the limited editions that easily stand out.

The burgundy model is the most striking simply because of its unusual colour, which is matched with a case insert and strap in light grey as well as gold-plated markers and hands to liven up the dial. 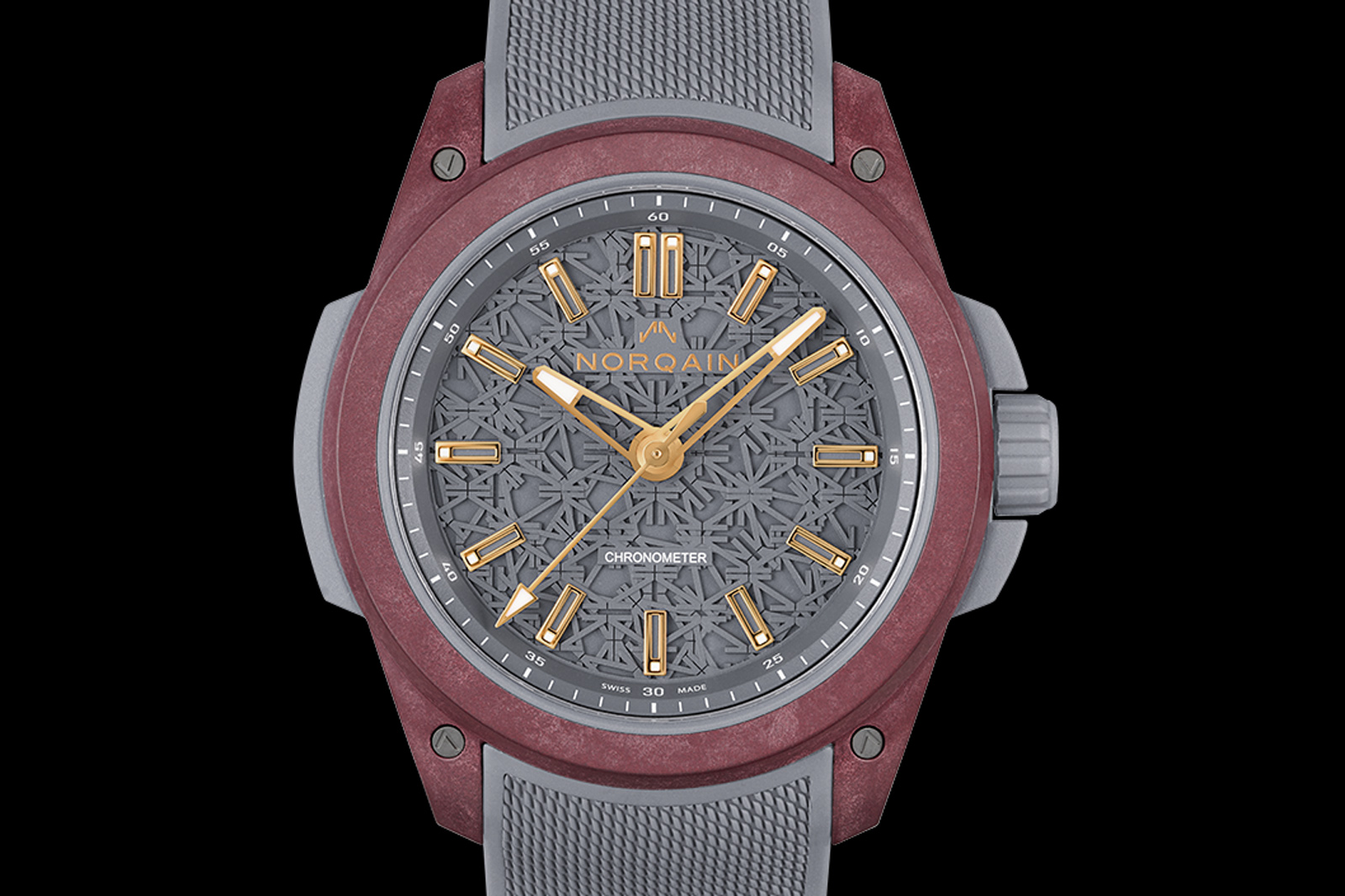 Finally the Hakuna Mipaka edition, a collaboration between the watchmaker and its Swiss brand ambassador, Dean Schneider, a banker-turned-conservationist who founded a wildlife sanctuary in South Africa, the Hakuna Mipaka Oasis. This edition gets a dial inspired by a lion’s mane, an animal Mr Schneider frequently features on social media. 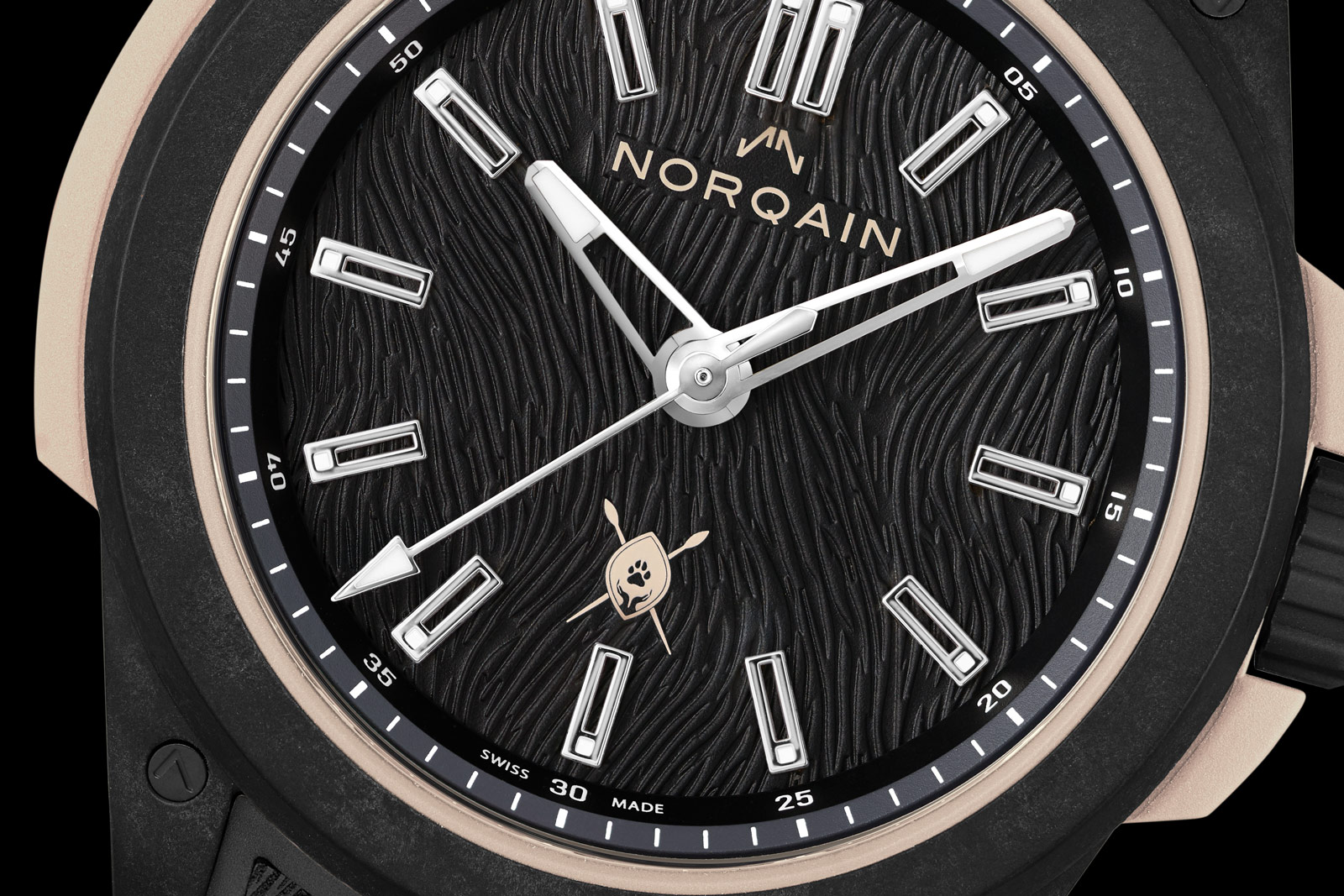 The dial bears the sanctuary’s logo at six o’clock, bringing to mind the royal emblems of the Middle East found on some vintage watches

Though different in style, all four variations share the same case construction. That means a Norteq case flanked by rubber bumpers on both sides that are also made by Biwi. 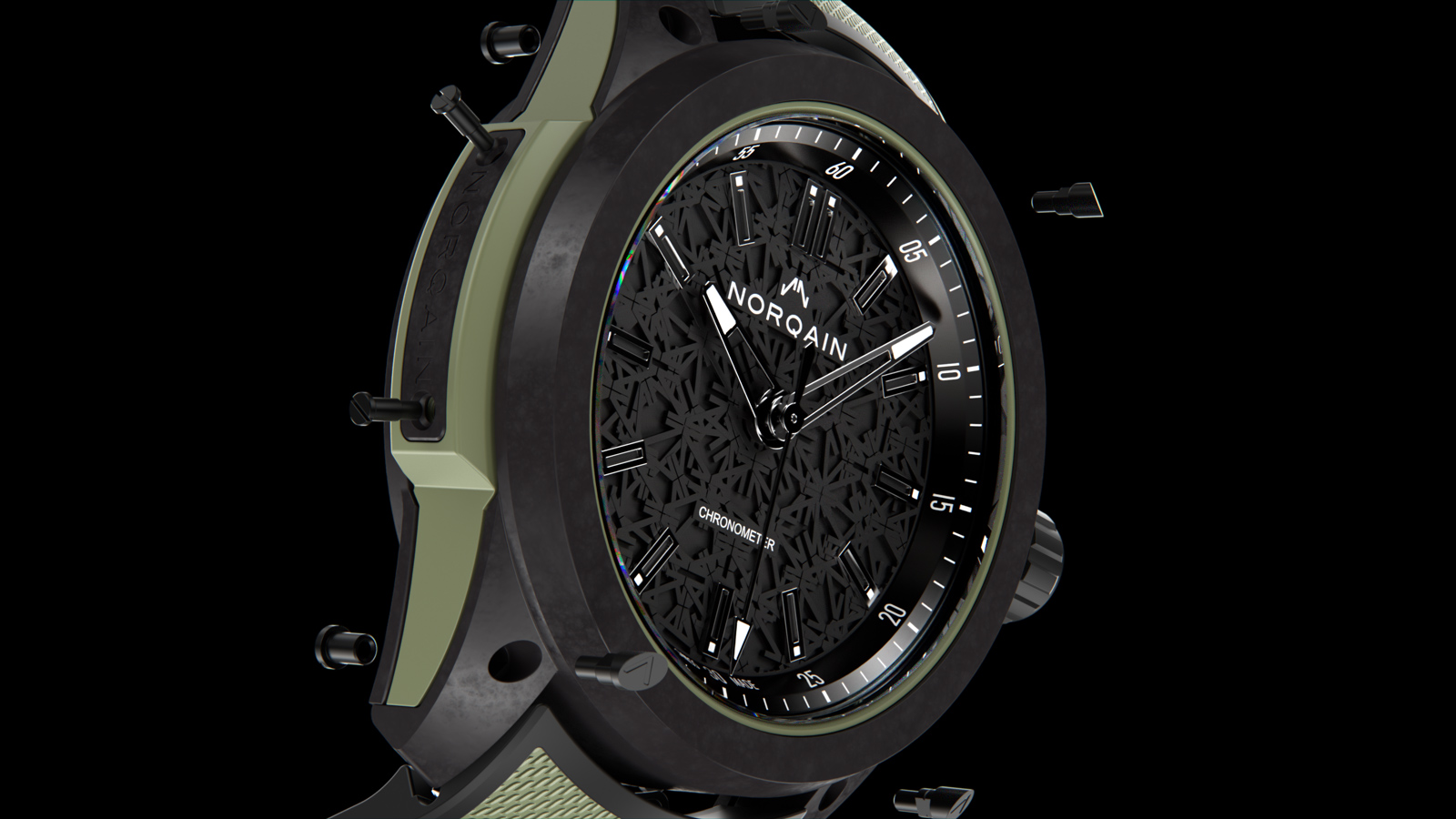 Except for the Hakuna Mipika edition, the other three Wild One models share the same patterned dial

And inside the watch is, of course, the NN20/1, an automatic movement with three days of power reserve. It’s made by Kenissi, the movement maker owned by Tudor and Chanel that also supplies both brands.

The sapphire case back reveals the clean but industrial finish of the movement, which is similar to that of the movements supplied to Tudor though the rotor bears the Norqain logo. 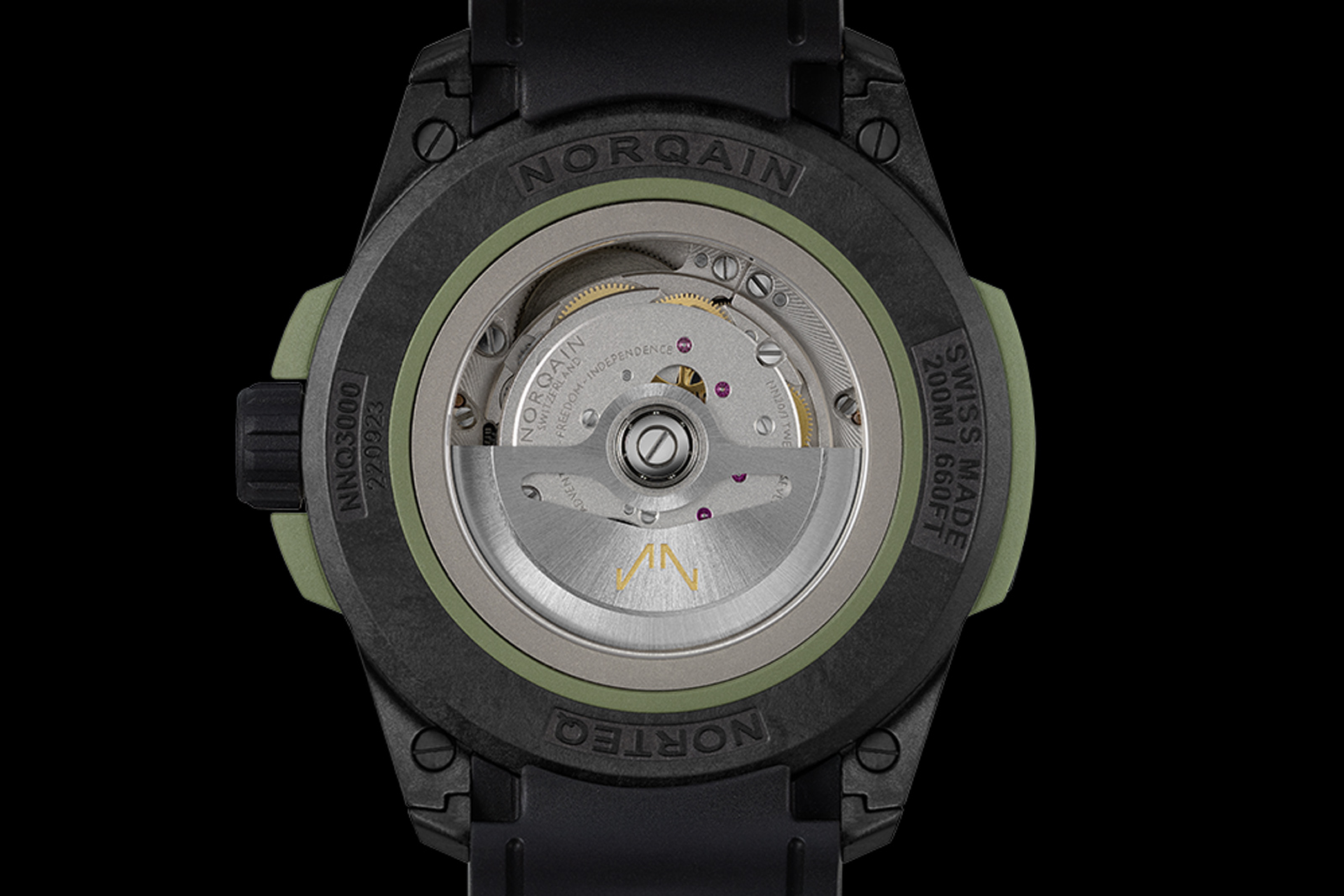