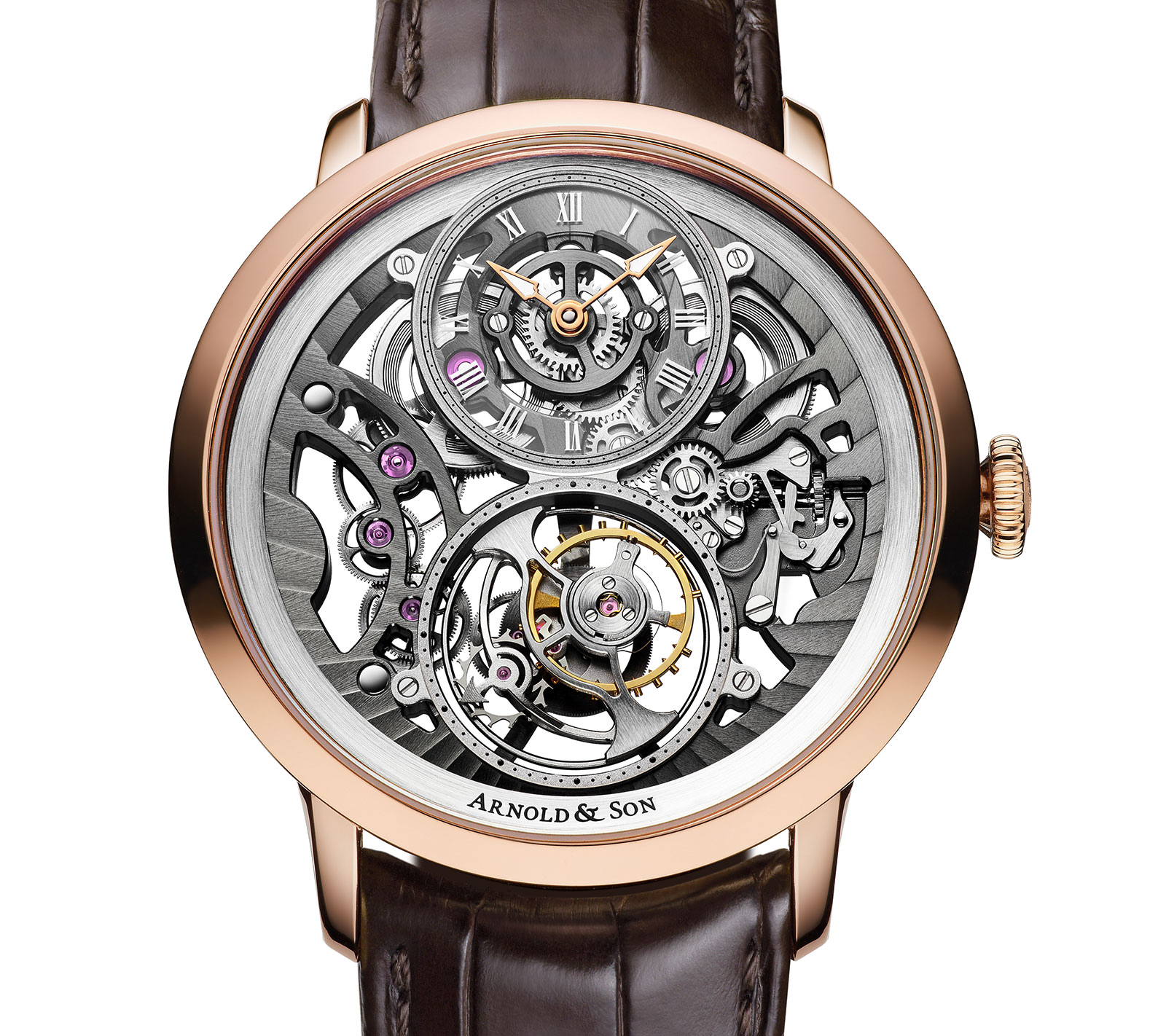 UTTE is short for “ultra-thin tourbillon escapement” and is the name of a watch Arnold & Son introduced three years ago. Now the brand has given the UTTE an open-worked facelift, creating the slimmest skeleton tourbillon on the market.

The tourbillon regulator is of the flying type, with no bridge to hold it on the front. And the balance wheel is slightly off centre, rotating on a separate axis from that of the tourbillon cage, a construction that’s reminiscent of the extra-thin tourbillons made by independent watchmaker Vincent Calabrese (who also designed the similar Blancpain tourbillon). Because the tourbillon rises slightly above the surface of the movement, a domed sapphire crystal is necessary to accommodate it – without the crystal the watch would be even thinner. In totality, crystal and all, the watch is just 8.34 mm high, the same as the original UTTE, with a diameter of 42 mm. But the movement is slightly different than the original, being thicker in order to compensate for the skeletonisation. The bridges had to be made more substantial to ensure rigidity, since so much material was removed for the open-working. It’s hand-wound with a 90-hour power reserve, or just over three days. Hands-on with the thinnest tourbillon in the world, the Arnold & Son UTTE (with live photos and price)

At Baselworld this year, Arnold & Son claimed the title of the world's thinnest tourbillon with its new UTTE, boasting a movement just 2.97 mm high.