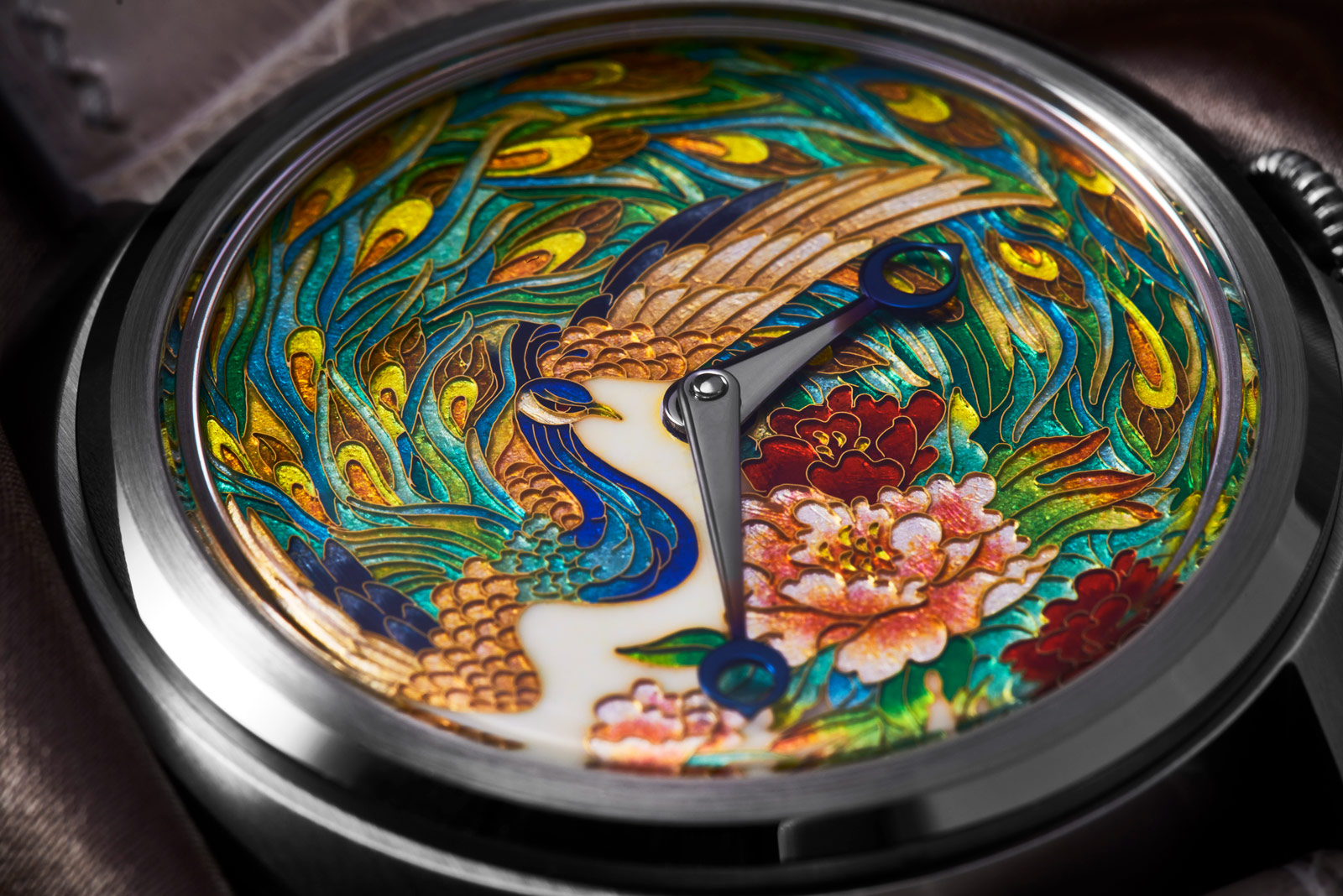 The Celadon Haute Horlogerie Century is the work of AHCI member Lin Yong Hua and Xiong Songtao, a third-generation enameller who created the cloisonné dial. 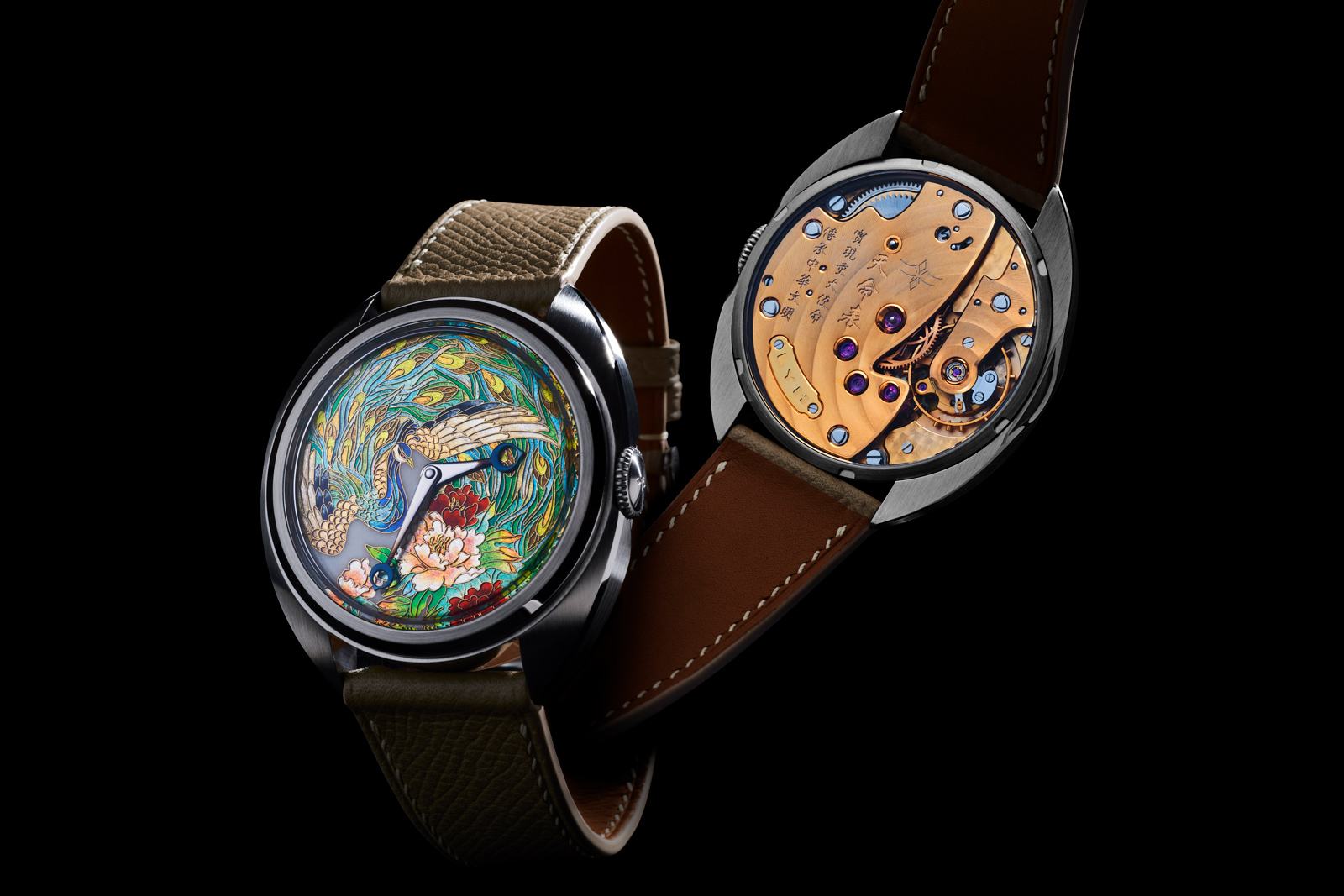 The watchmakers are proficient at making – and marketing – métiers d’art, but Chinese watchmakers are fairly new entrants to the high-end of this field, making the Century an unusual offering.

The Century is an entirely different animal from the low-end watches that are often associated with the made-in-China label. Both in terms of the dial and movement, the Century takes things to another level, while possessing a refined, clean style. 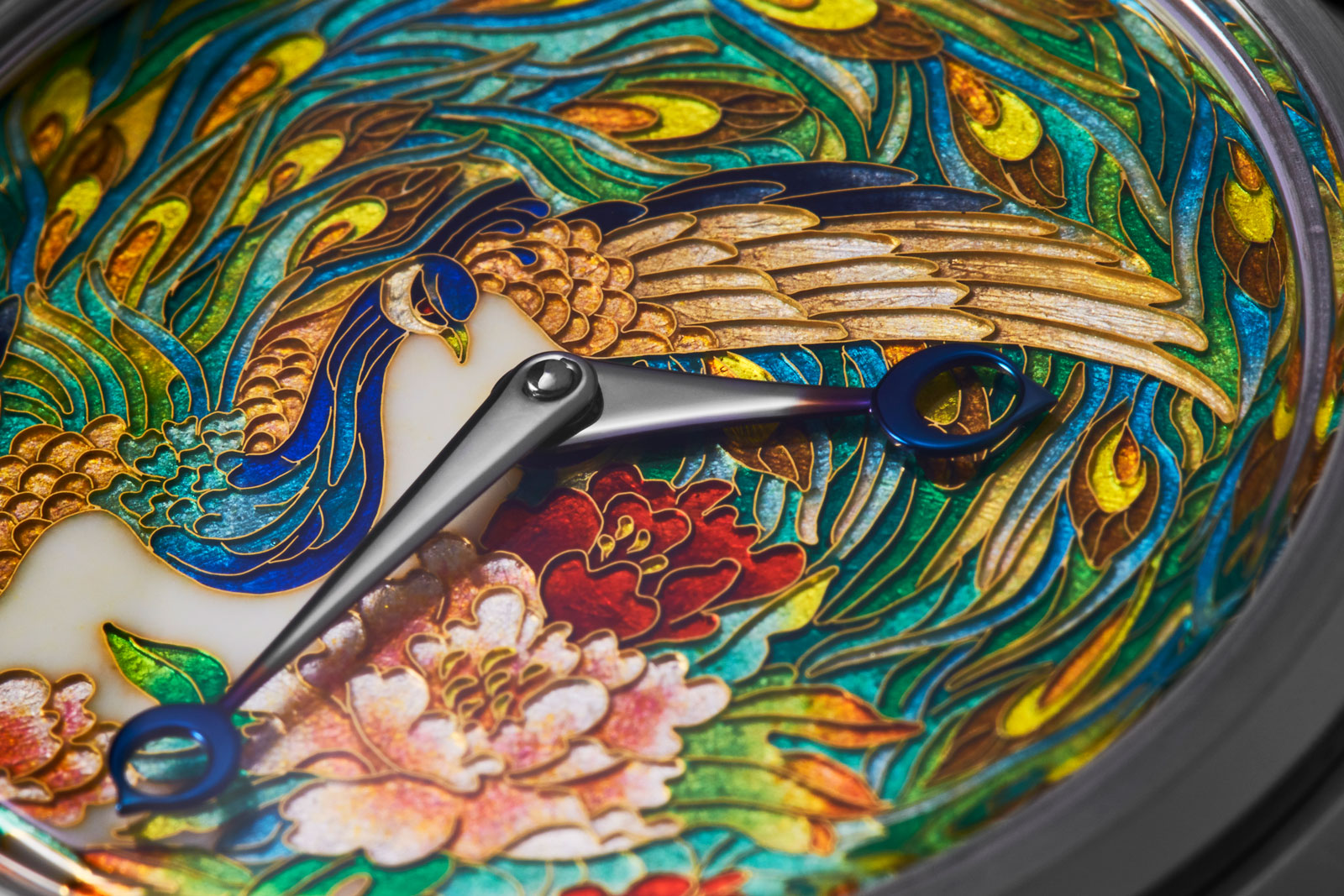 The entire dial is cloisonné enamel comprised of an impressive amount of gold wire to form the intricate motif. In fact, the fine cloisonné work resembles brush strokes from afar. It’s certainly appears to be top class work in both complexity and quality.

And the movement is comparable in quality, which is unsurprising since it was developed by Mr Lin, who is best known for his quirky, hand-made wristwatches. The finishing is excellent, as evidenced by the rounded bevelling on the three-quarter plate. 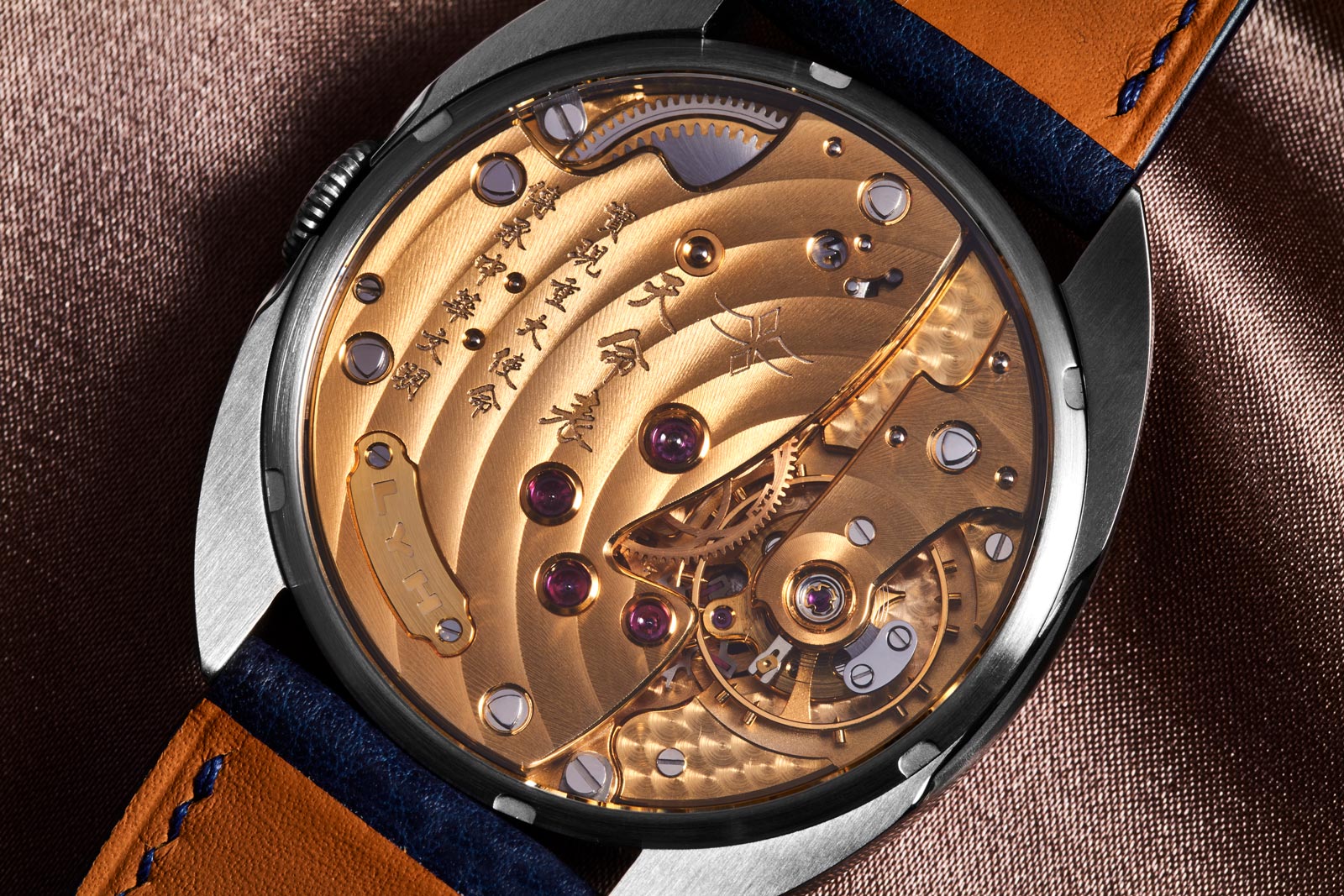 But while the Century does well in intrinsic quality, it seems to lack identity. While the watch is well designed and finely made – especially considering the price – it lacks a strong, original character. That character doesn’t have to be universally appealing, but it is a necessary though not sufficient quality to distinguish the good from the great.

That said, Celadon does offer a variety of customisation options, even down to the type of hairspring, so potential owners do have chances to exert their creative thinking.

All in all, the Century offers good value. For US$12,900 for the top-of-the-line model with an enamel dial, the Century is affordable in a manner unmatched by European rivals. 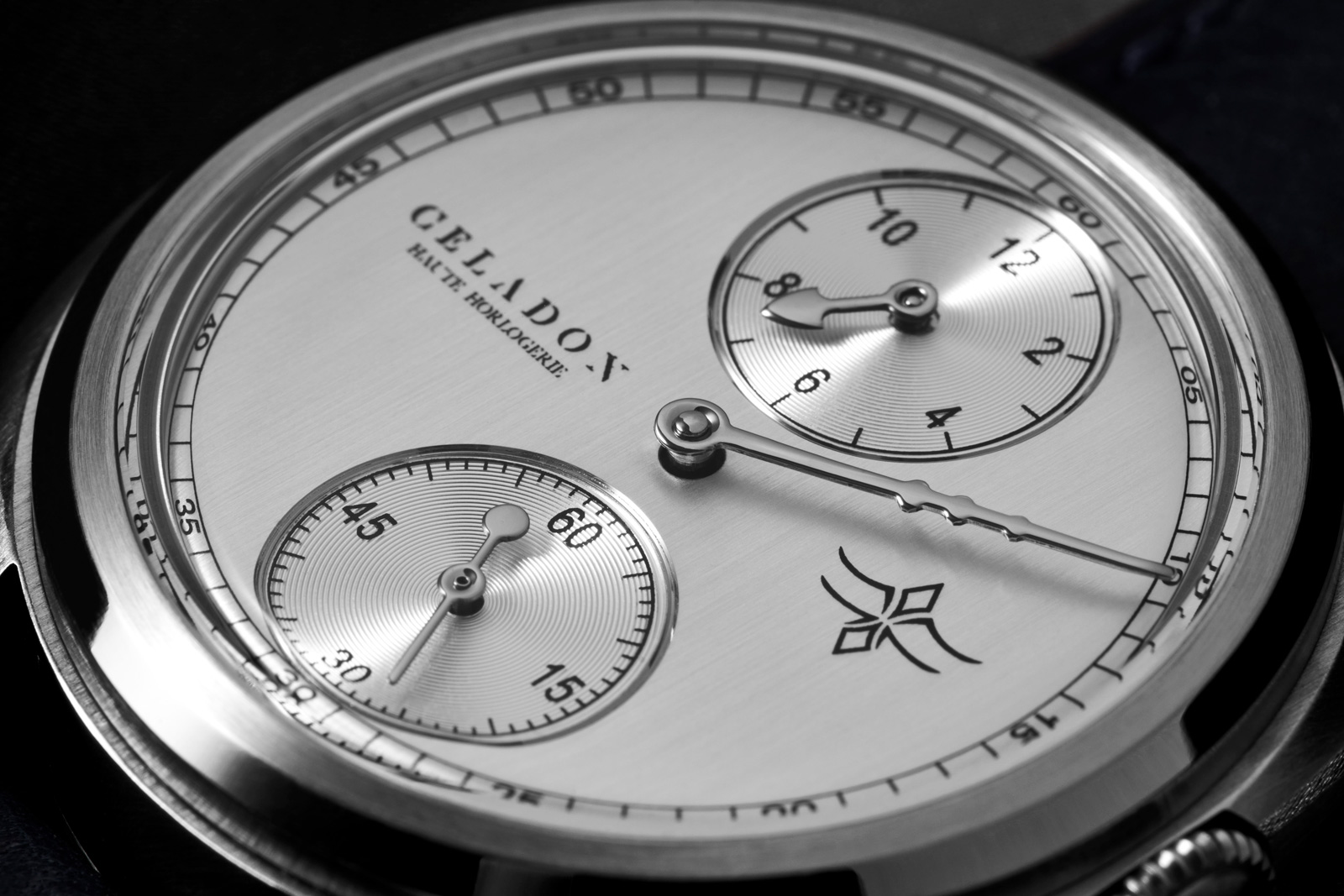 The no-frills Century with a regulator dial

A technique that involves carefully forming gold wire and enamelling, cloisonné was introduced to China around the 13th century via the Islamic world. Over the centuries China elaborated upon the original technique to develop its own – the heyday of cloisonné was the Ming dynasty in the 15th century – making cloisonné one of the best known Chinese art forms. 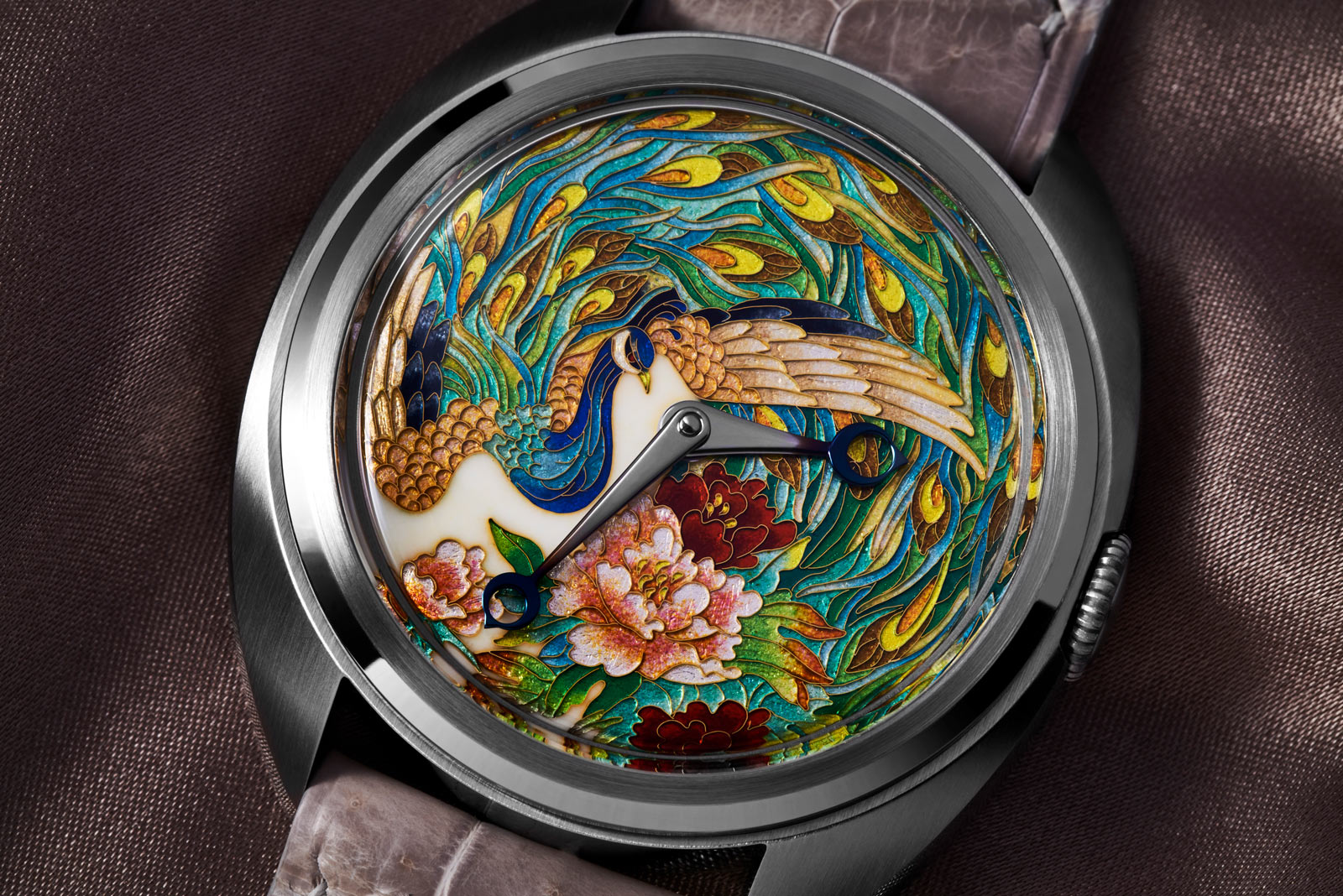 Xiong Songtao is one of the foremost practitioners the art form, being a third generation enameller of the Xiong family, which has a prominent history in the art. Mr Xiong’s grandfather worked for the imperial court of the Qing dynasty, while his father was a foreman at an enamel factory in Beijing. And Mr Xiong now operates his own enamelling studio.

While traditional Chinese cloisonné enamel works are typically homewares and other largish objects, Mr Xiong developed a specific interest in enamel watch dials in the early 2000s. He experimented with making watch dials and eventually attended Baselworld, where his work garnered interest from European watch brands. That eventually led to him becoming a supplier to such brands (who presumably keep the identity of their supplier secret).

The quality of Mr Xiong’s work is evident in the Century. Just the sheer quantity of gold wire on the dial is impressive, and the key factor behind the fine and detailed motif. At the same time, the enamel is rich in colours and texture, ranging from a glassy, polished finish to a dimpled, reflective surface, all of which result from the various dial treatments applied. 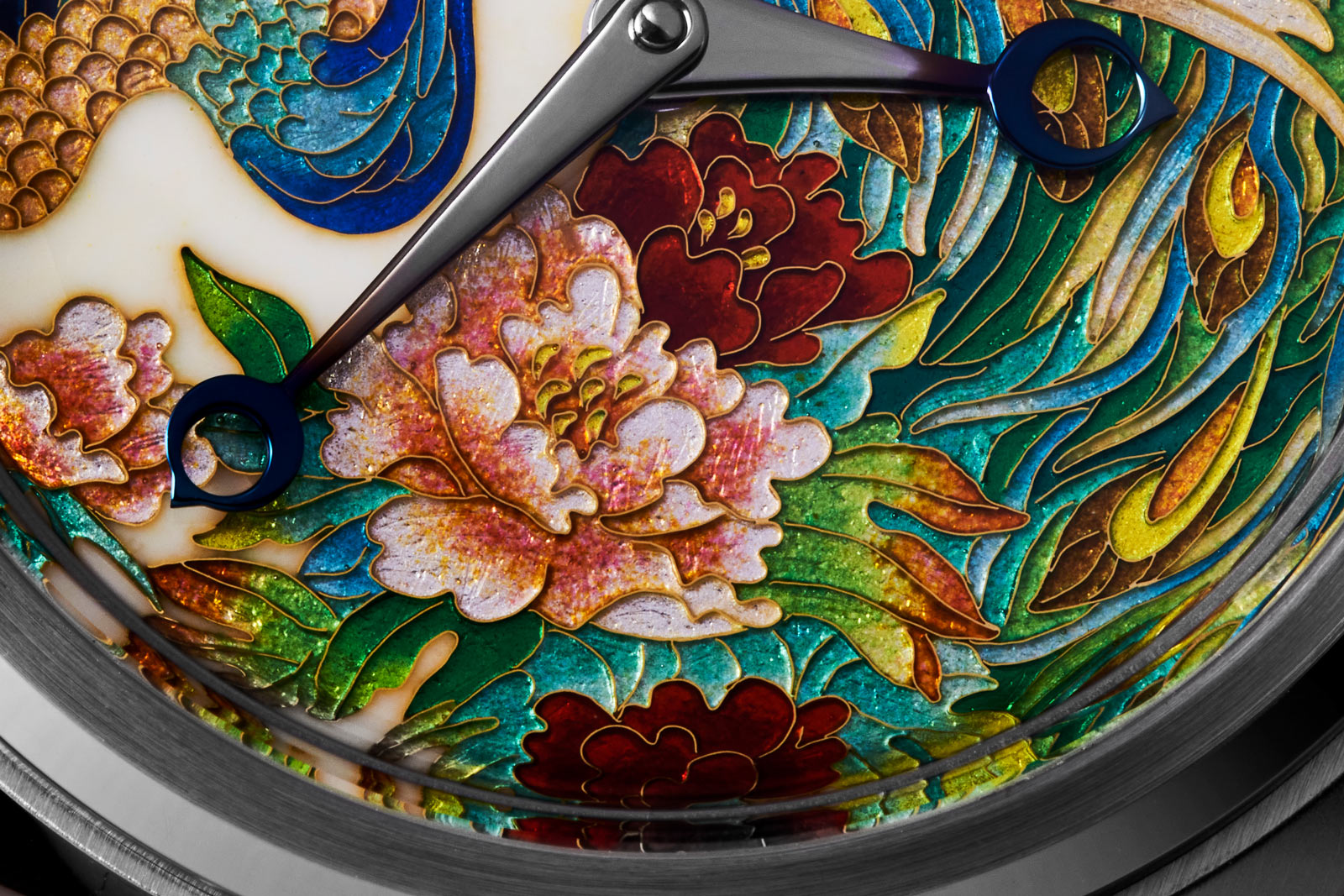 The surface of the pink flower appears slightly rough, but overall the quality is excellent The hands are made by Mr Lin, and offered with the unusual option of having just a blued tip, creating a transition in colour from grey to blue While the enamelled dial is made by Mr Xiong, the remaining of the watch is the work of independent watchmaker Lin Yong Hua. Mr Lin produces everything from the movement to the hands, which are actually a highlight of the watch given their refined, hand-made nature. 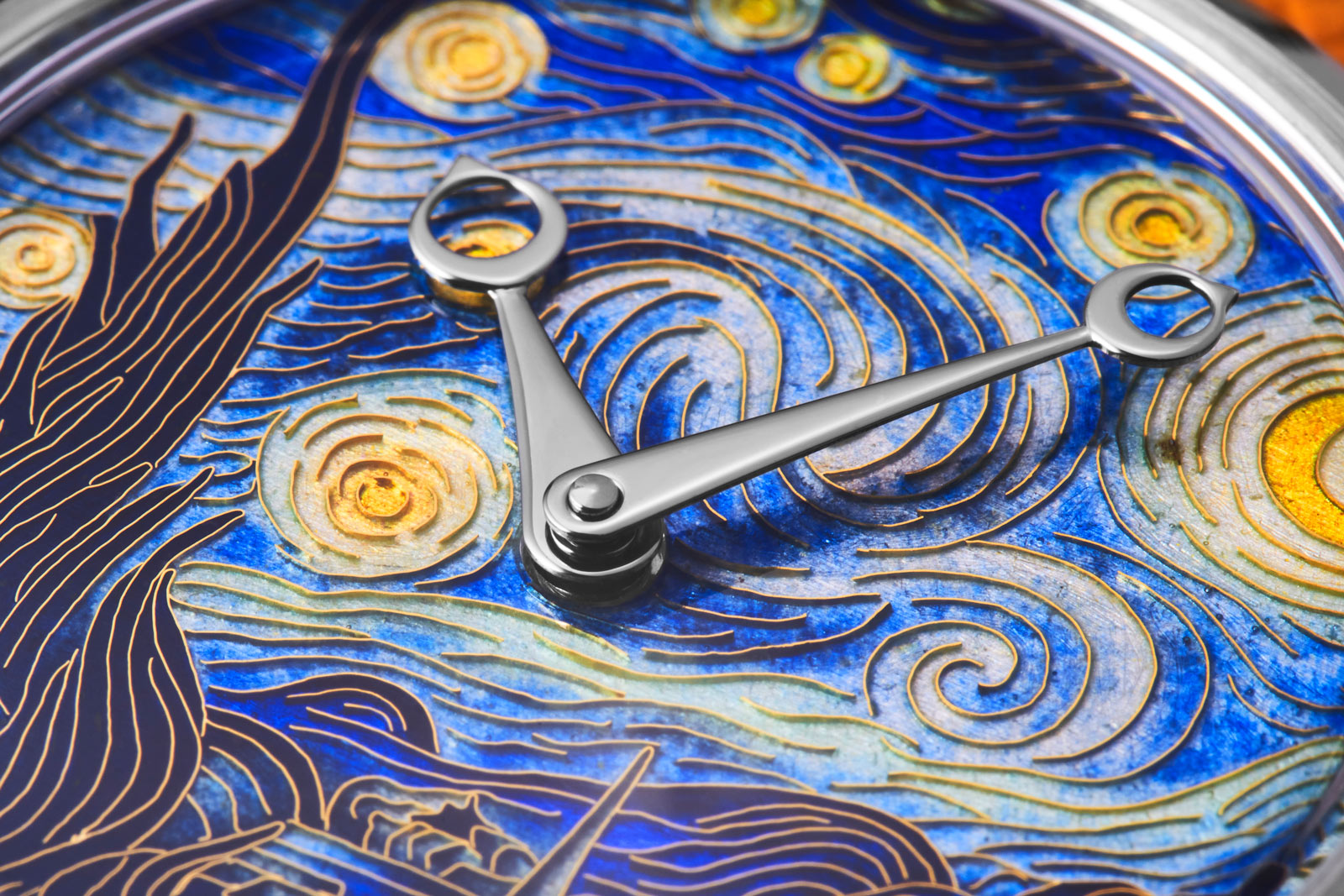 And the case is both of Mr Lin’s own design and manufacture, though it doesn’t feel as unique as the enamel dial and movement. The case is a tonneau shape that calls to mind Akrivia’s AK series, though it is not quite as chunky as the AK. 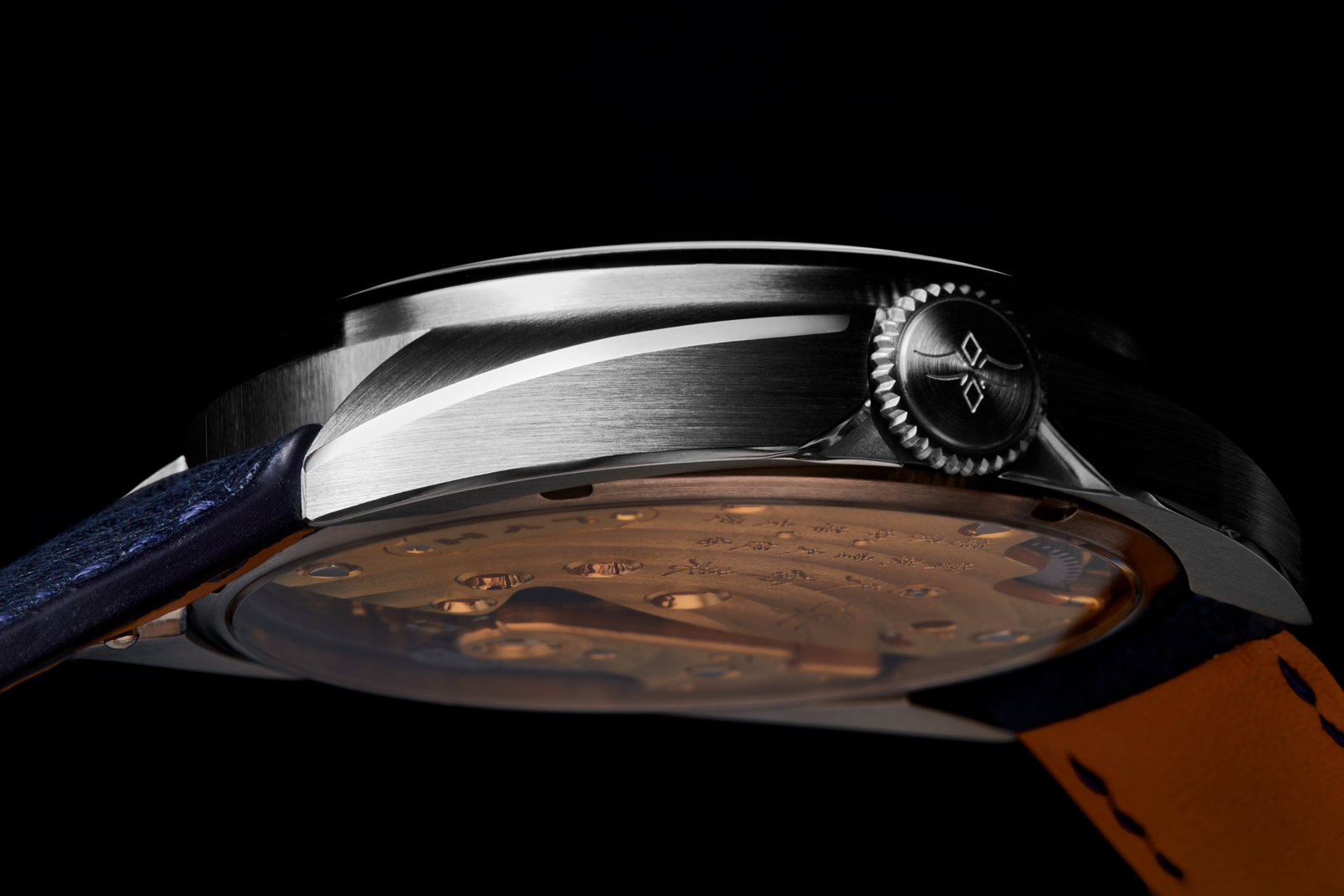 Mr Lin’s best work is no doubt the movement, a large calibre with a three-quarter plate and gilt finish. According to the Celadon, Mr Lin developed the movement specially for the Century. Though its size might imply it is a Unitas, judging by the position of the major moving parts it is clear that the calibre is not a Unitas 6497 or 6498.

The movement is finished to a level that puts it on par with offerings from Swiss watchmakers at the same price level, which means it boasts a good attention to detail and neat work. The bridges sport rounded anglage, and so does the engraved plaque bearing Mr Lin’s initials that’s screwed into the three-quarter plate.

Interestingly, the movement is engraved with statement that reflects the philosophy of Celadon and its artisan partners, which translates as “passing on traditional culture is an important mission”. However, the engraving on the three-quarter plate can be customised according to the customer’s preference, or removed altogether. 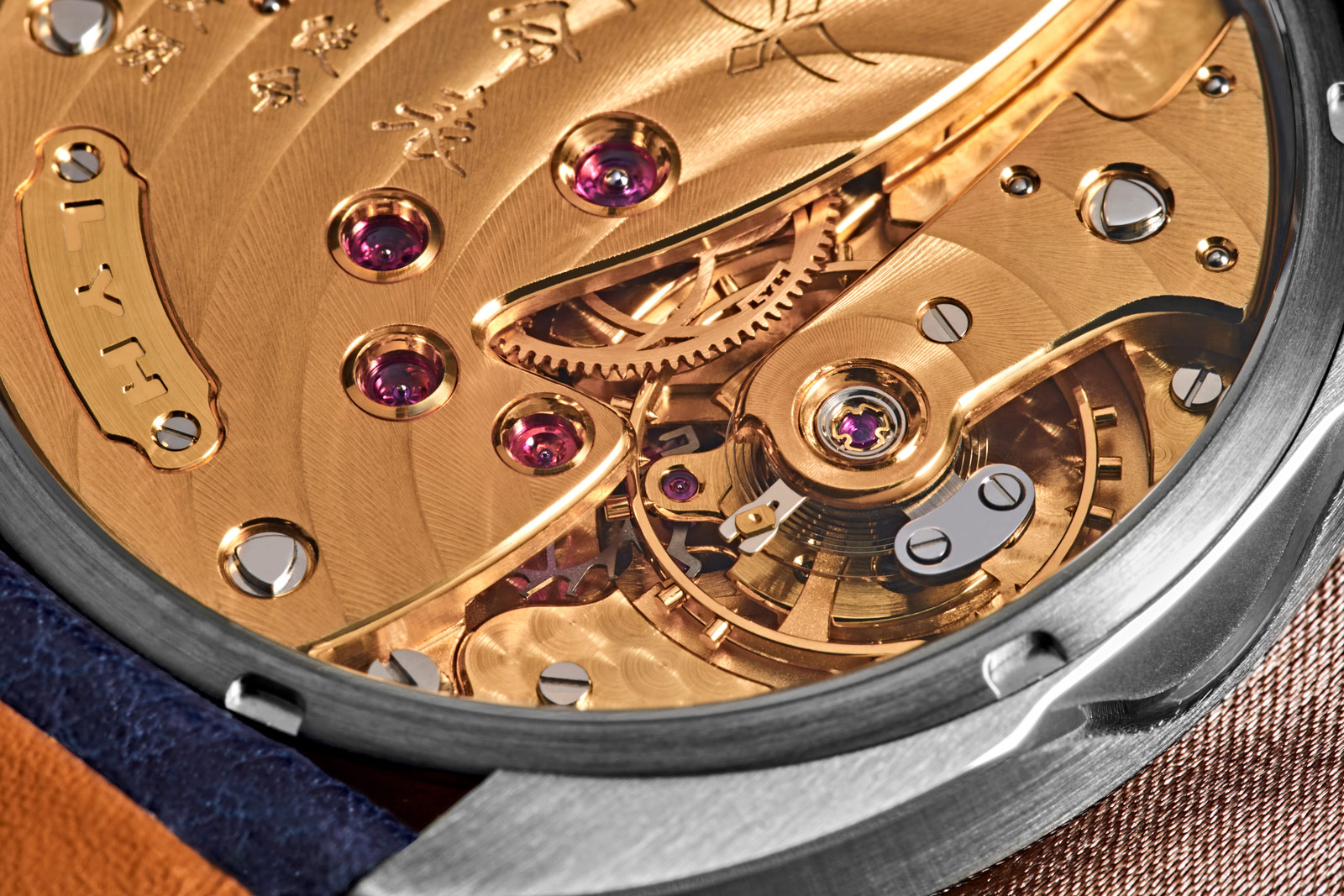