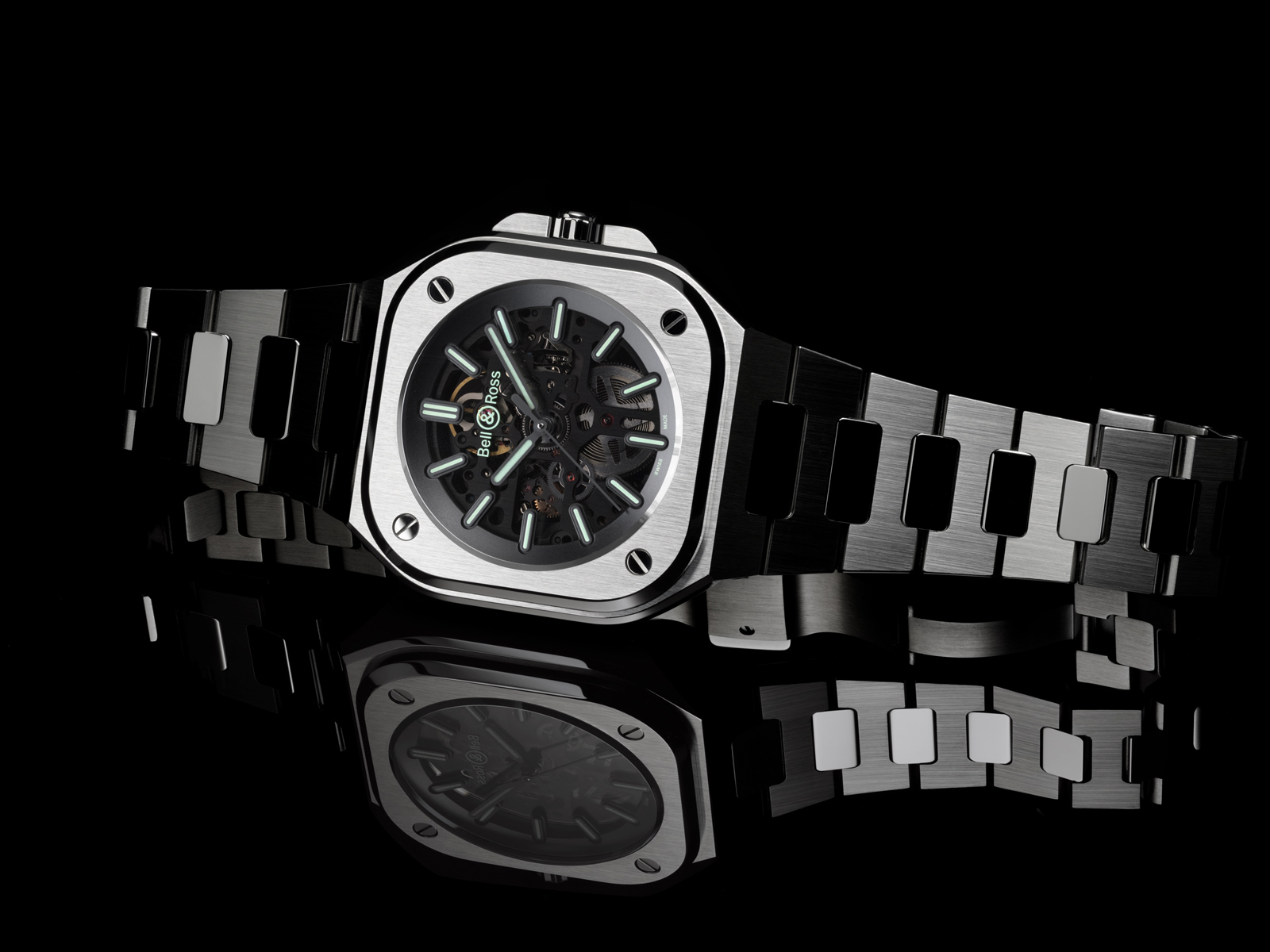 Very much the fashion of today, sports watches with integrated bracelets have proliferated rapidly at every level of the price spectrum. At the more accessible end is the Bell & Ross BR 05 launched two years ago and now available in three formats: time-only, chronograph, and skeleton. 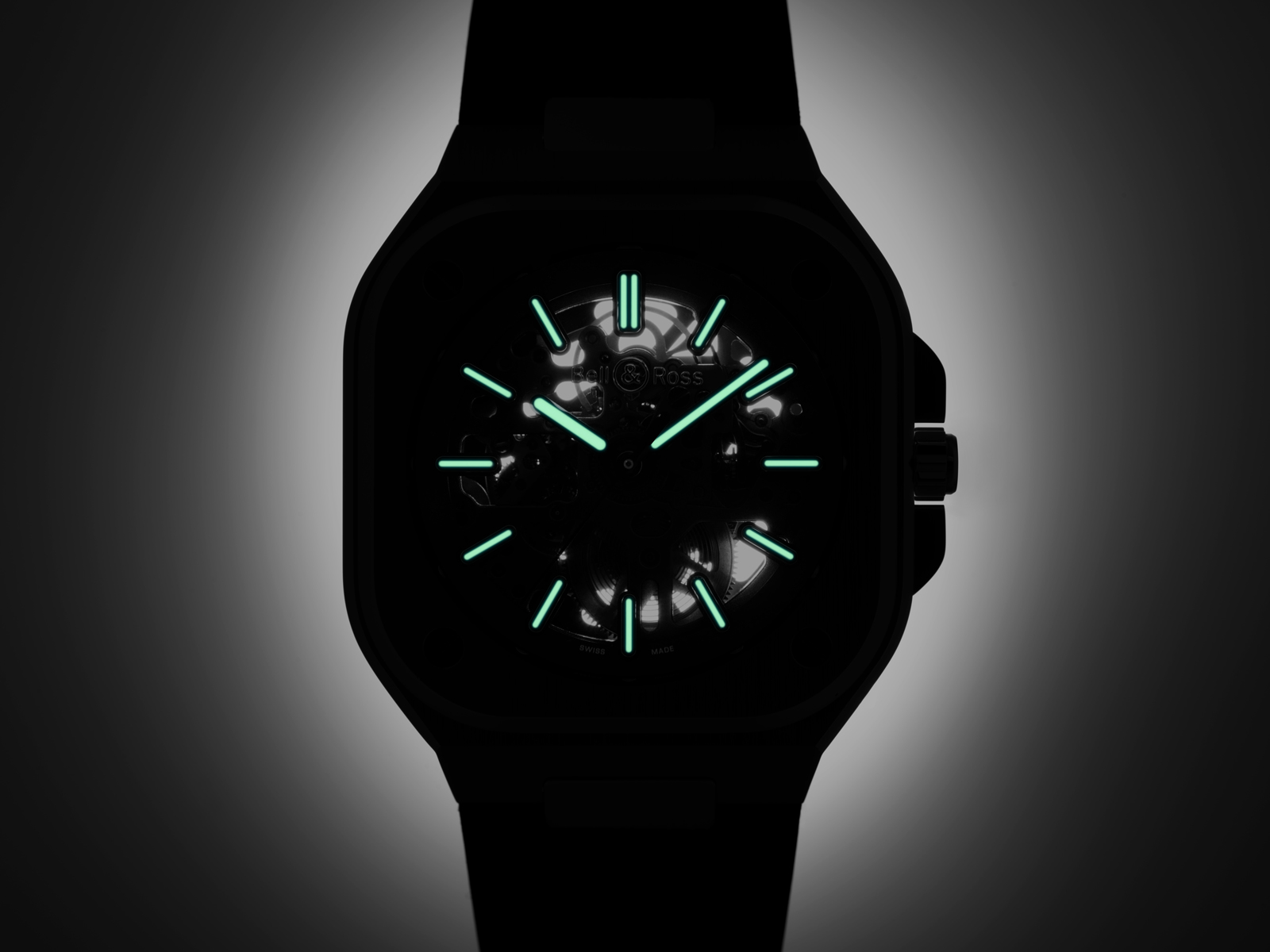 Legible in the dark

Though the BR 05 was contentious because of its design, I’m a fan. The square case – with perfectly aligned bezel screws – evoke B&R’s signature watches like the BR 01 and BR 03, making the BR 05 instantly recognisable. And it is executed well, with strong finishing on the case and bracelet considering the price.

The most striking BR 05 model is arguably the skeleton variant, and that remains true with the BR 05 Skeleton Nightlum. Revealing most of the movement, including key bits such as the balance wheel and mainspring, the skeleton is a good looker. 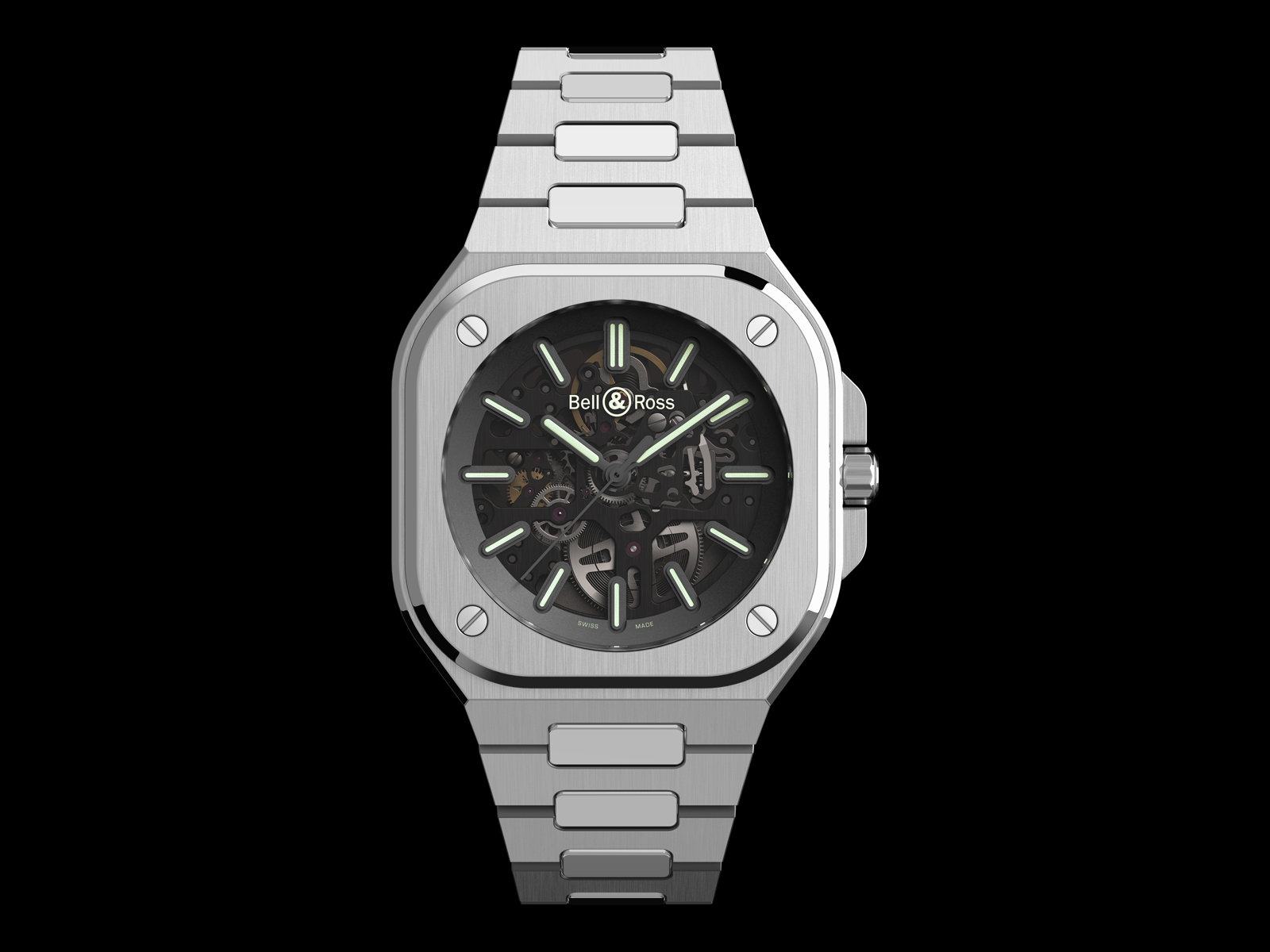 The BR 05 Skeleton Nightlum to be more attractive than its predecessors, including last year’s iteration in blue. It has a tactical feel thanks to the all-black movement, bringing to mind the recent BR 03 Diver Military and feels true to the brand’s history of watches for military and police personnel. 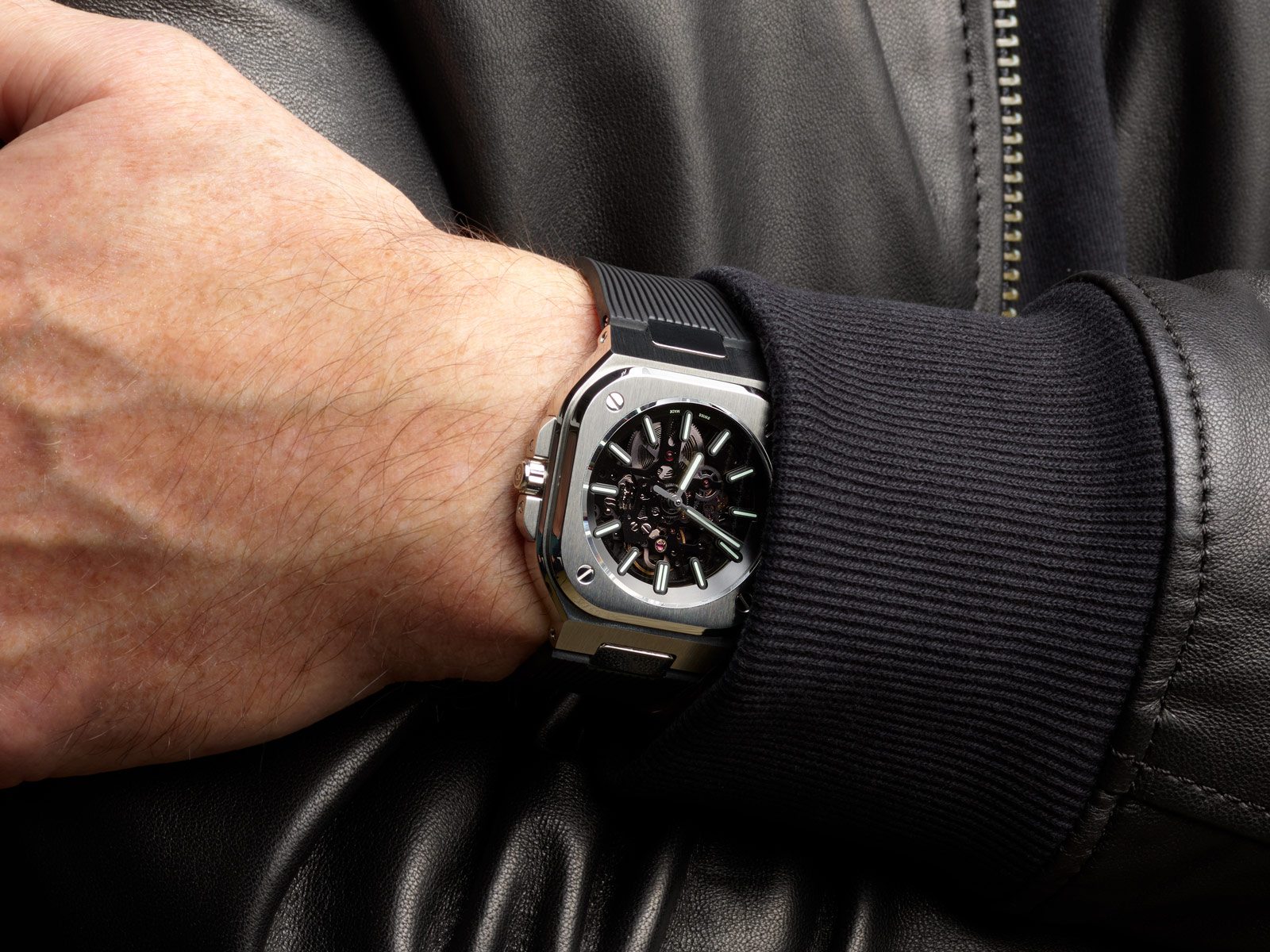 The watch is also available on a rubber strap

At 40 mm wide and 10.4 mm thick, the BR 05 is eminently more wearable than the extra-large BR 01 or even the merely large BR 03, which have diameters of 46 mm and 42 mm respectively. I had the opportunity to interact with a prototype, and was pleasantly surprised by how comfortable it was on the wrist despite the largish case. If you liked the square form of B&R watches, but want something smaller, the BR 05 Skeleton Nightlum fits the bill.

At the same time, the BR 05 Skeleton is affordable as far as skeletonised sports watches go. Most such watches are only available at significantly higher prices – with necessarily fancier movements – with examples including the Piaget Polo Skeleton and the Santos de Cartier Skeleton.

The skeletonised dial is essentially the same as the original BR 05 Skeleton that was introduced in 2019, except the movement is now clad in black. It’s open-worked in a geometric fashion with clean lines that complement the bold case. In addition, the vertically-brushed finish of the movement continues the finish of the bezel, creating a consistent, techno-industrial look. 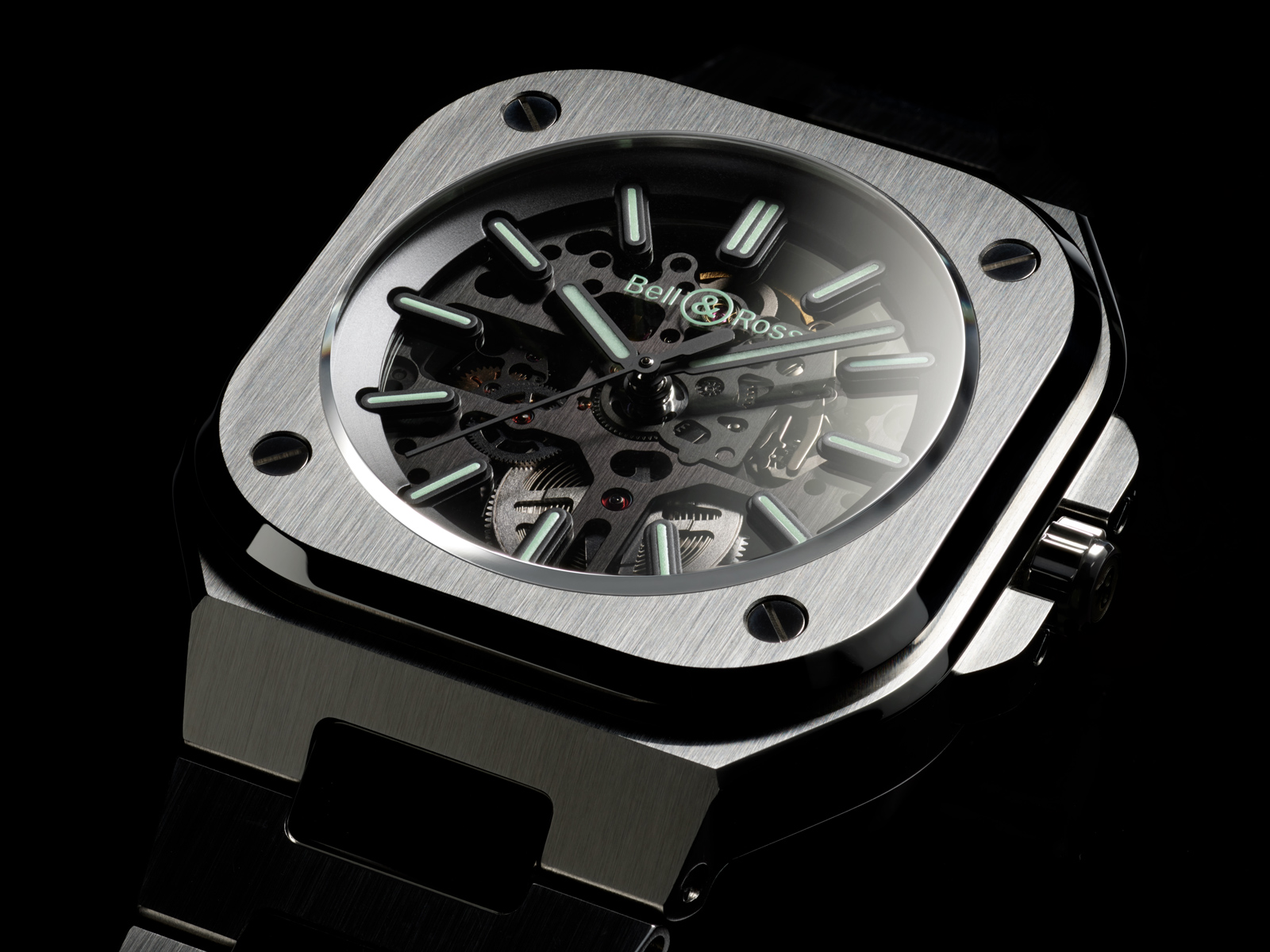 Integral to the watch’s appeal is its integrated bracelet, no pun intended. Not only is it well finished, the bracelet has historical precedent, being modelled on the H-link bracelet found on the Type Demineur, a wristwatch B&R supplied to the bomb disposal unit of the French civil-defence agency in 1996 (which was produced by Sinn, then B&R’s manufacturing partner). 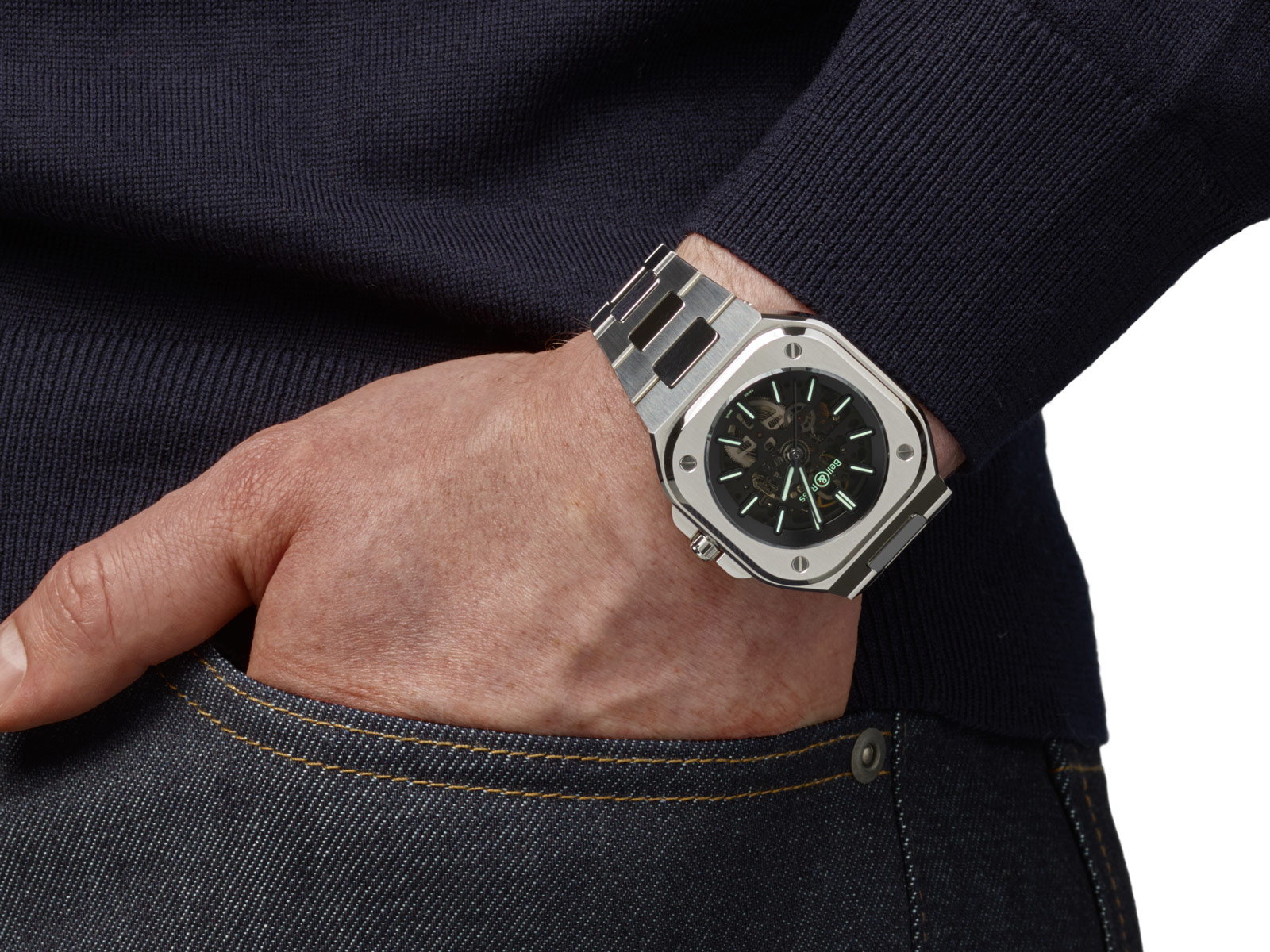 The watch is powered by the BR-CAL.322, a skeletonised version of the Sellita SW300. Although the same base movement as found in the time-only BR 05, this movement has been skeletonised thoroughly. The base plate on the front is heavily open worked, and even the barrel ratchet wheel visible on the back is skeletonised. The movement is also equipped with an open-worked “mystery” rotor that has more mass on the underside of one half so as to ensure sufficient inertia to wind the mainspring. 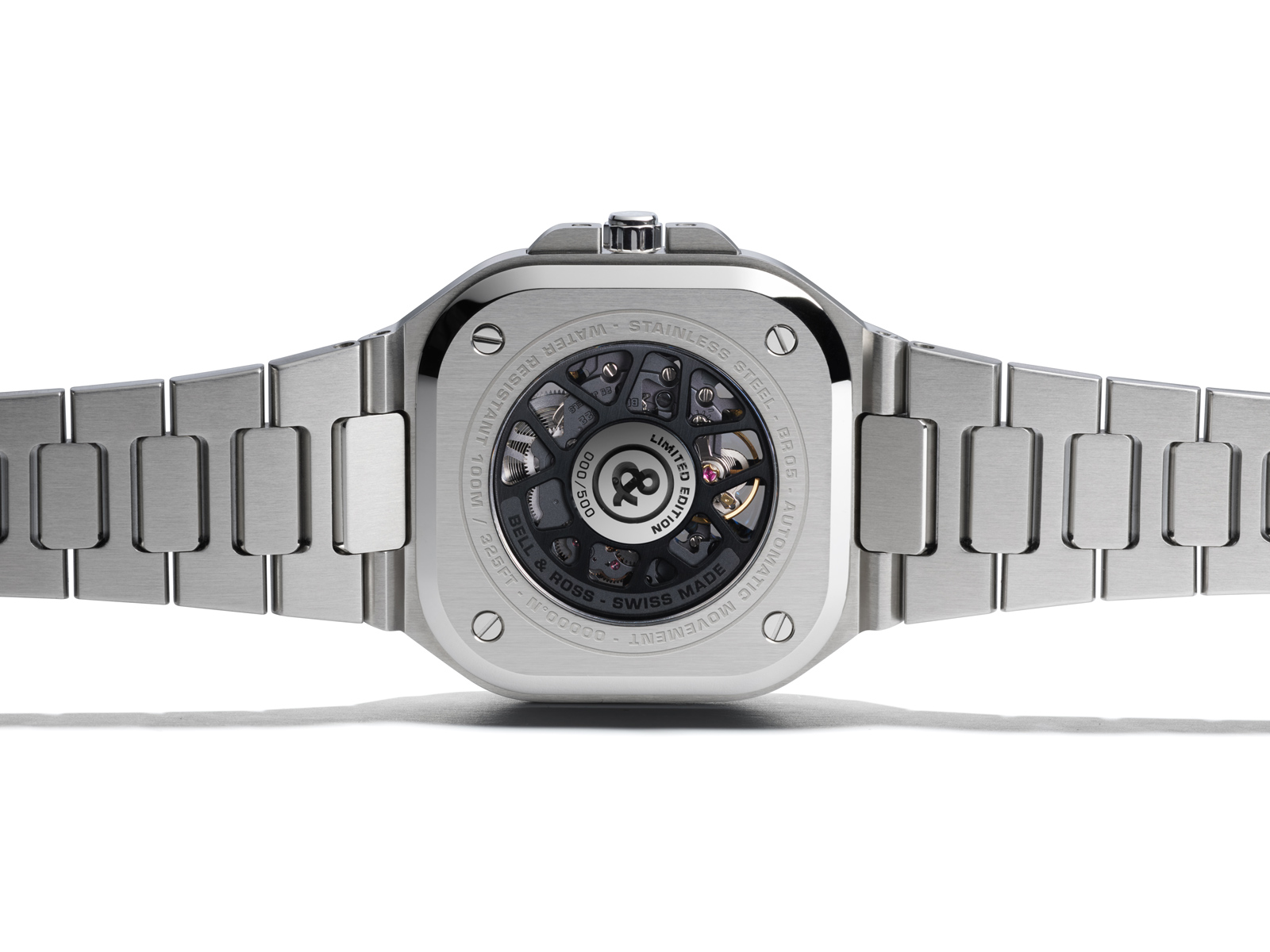