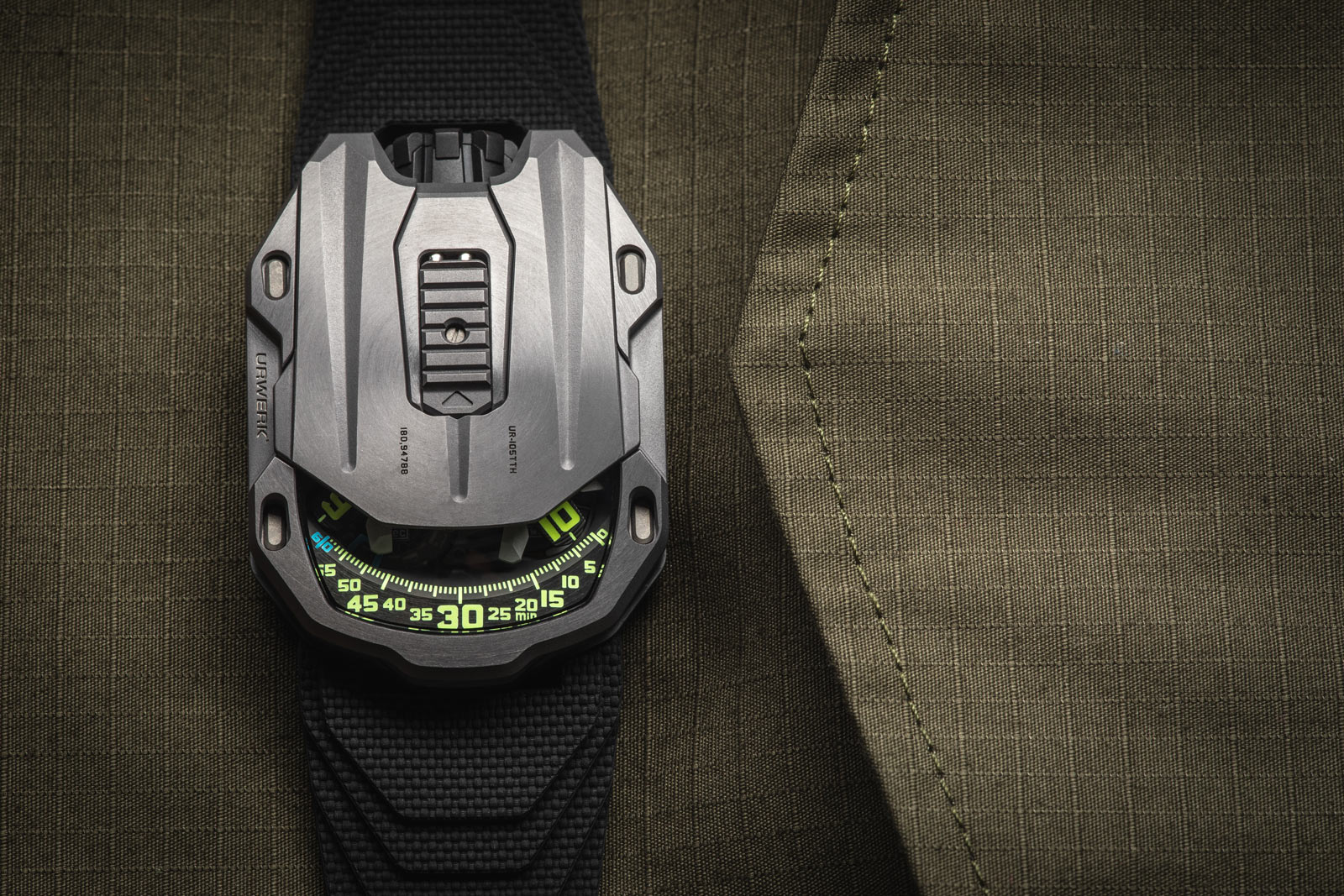 Launched in 2014 as a successor to the foundational UR-103, the UR-105 was a more elaborate version of Urwerk’s satellite-disc, wandering-hours watch. After a seven-year run – it’s been replaced by the entry-level UR-100 – the UR-105 series will now be retired.

Urwerk is giving the model a grand send-off with the UR-105 TTH, which has the front plate and lid of its case made of tantalum, the bluish-grey metal that Urwerk has only used in one other instance with the UR-110 TTH. 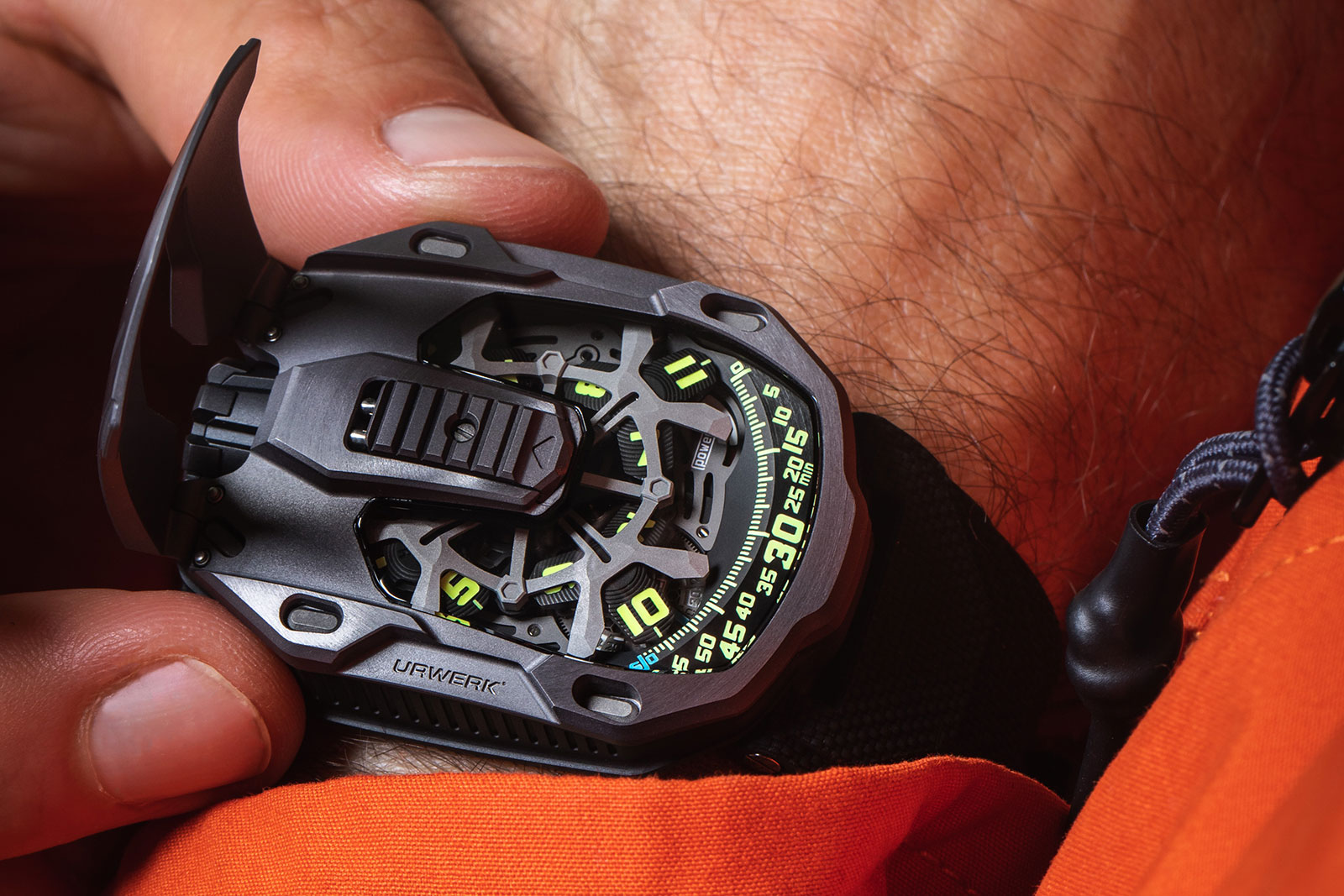 Based the UR-105 CT Streamliner with its characteristic hinged lid, the UR-105 TTH is all about its case material. A dense metal with a distinctive colour that’s used for surgical implants, turbine blades, and even artillery shells, tantalum is difficult to machine and finish due to its hardness. Consequently, while tantalum has been used for watch cases since the 1990s, but it is uncommon. Urwerk is one of a handful of brands, alongside Omega and F.P. Journe, to use the metal for a watch case.

All good things must come to an end, and Urwerk is closing the chapter with aplomb.

With the distinctive hue of tantalum, the case fits the sci-fi industrial spirit of the brand well. Striking and futuristic, the UR-105 is sleek in tantalum. The metal will make it substantially heavier than the standard steel version of the UR-105, which would make it less easily wearable. 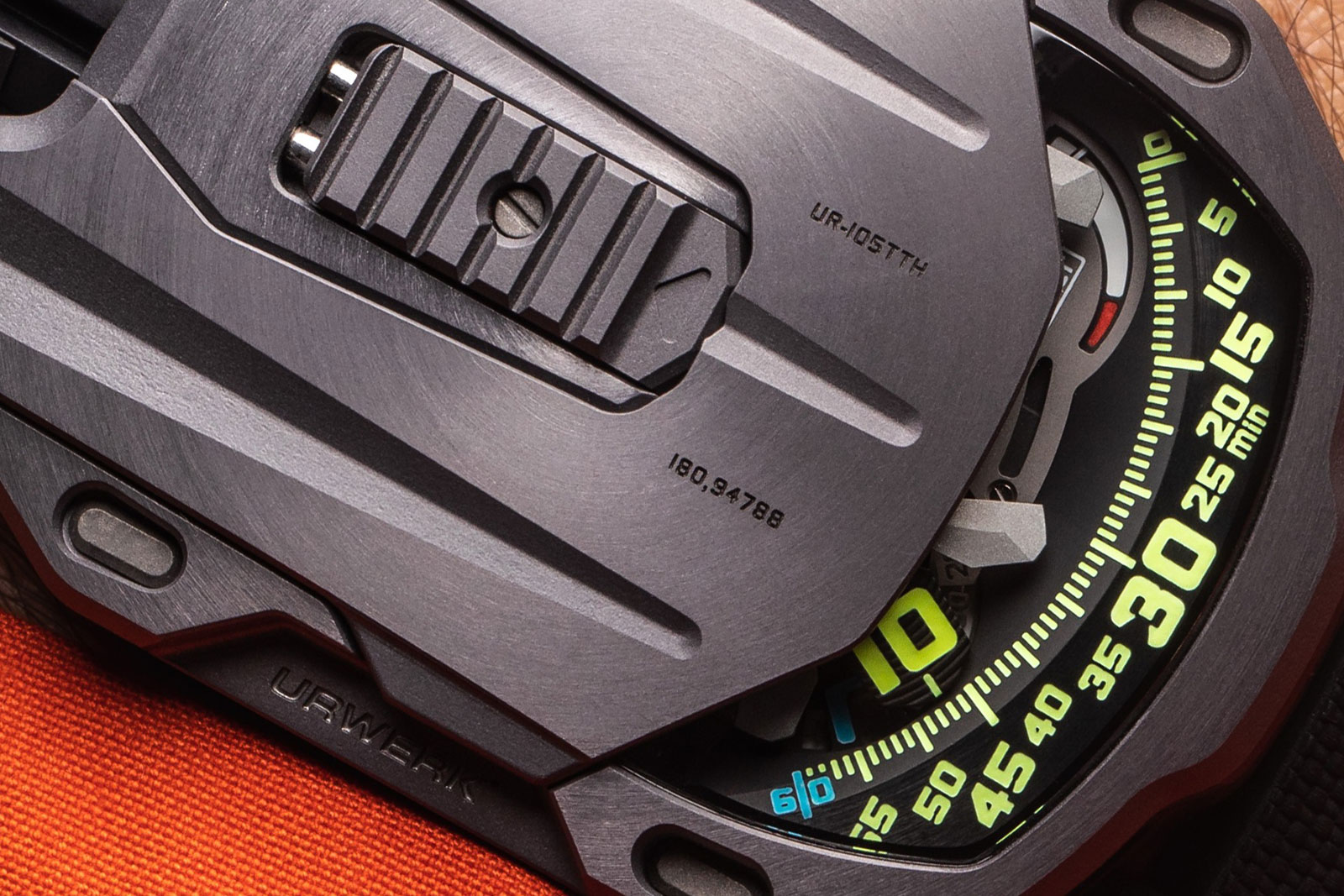 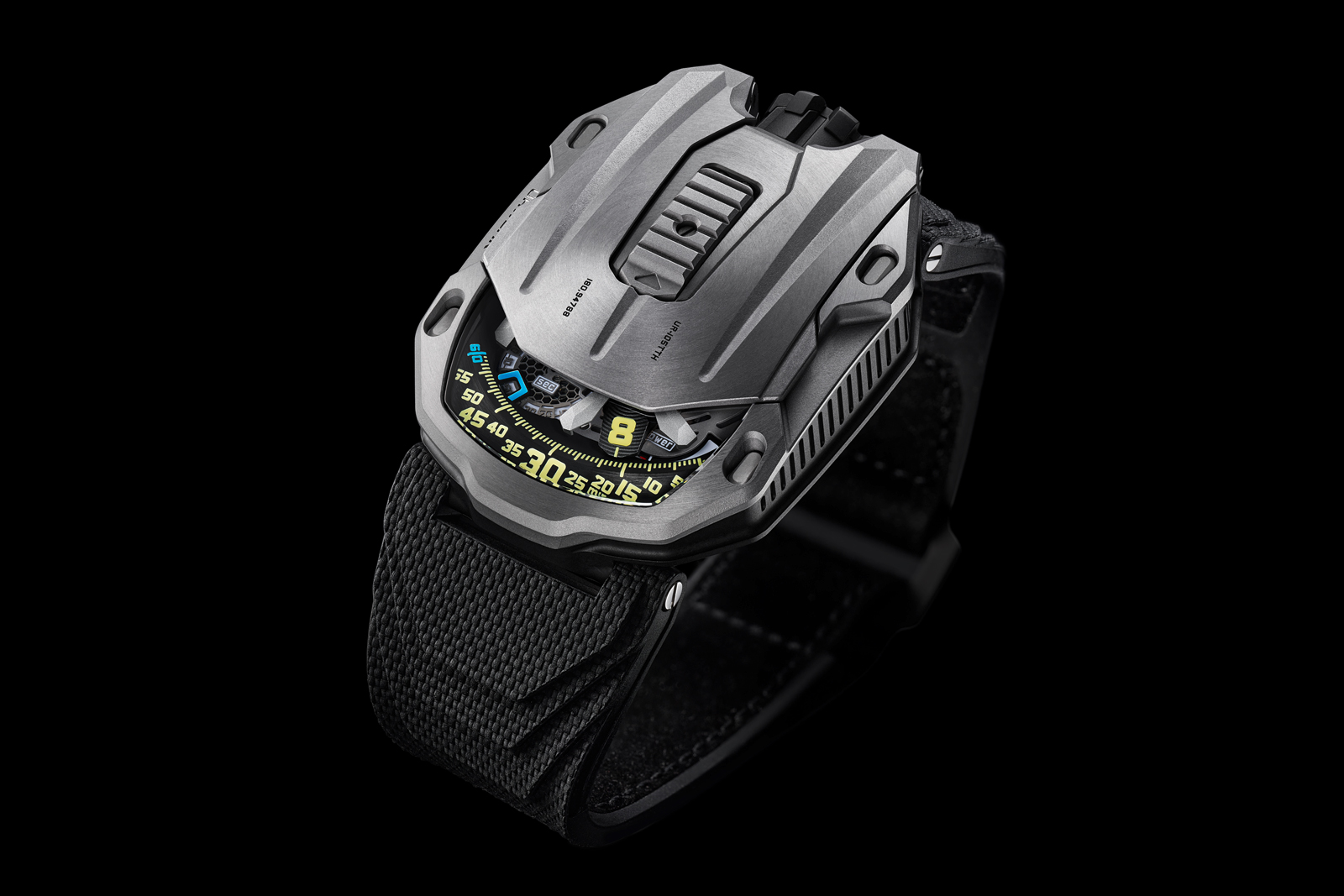 “TTH” is short for for “tantalum hull” – referring to the front plate of the case and hinged cover over the face of the watch. In contrast, the standard UR-105 has no cover on the front.

Etched with deep fluting, the hinged lid accentuates the strong, angular lines of the case, giving the UR-105 TTH sci-fi style with a hint of Art Deco – Urwerk designer Martin Frei was inspired by the skyscrapers of New York City when he penned the UR-105. 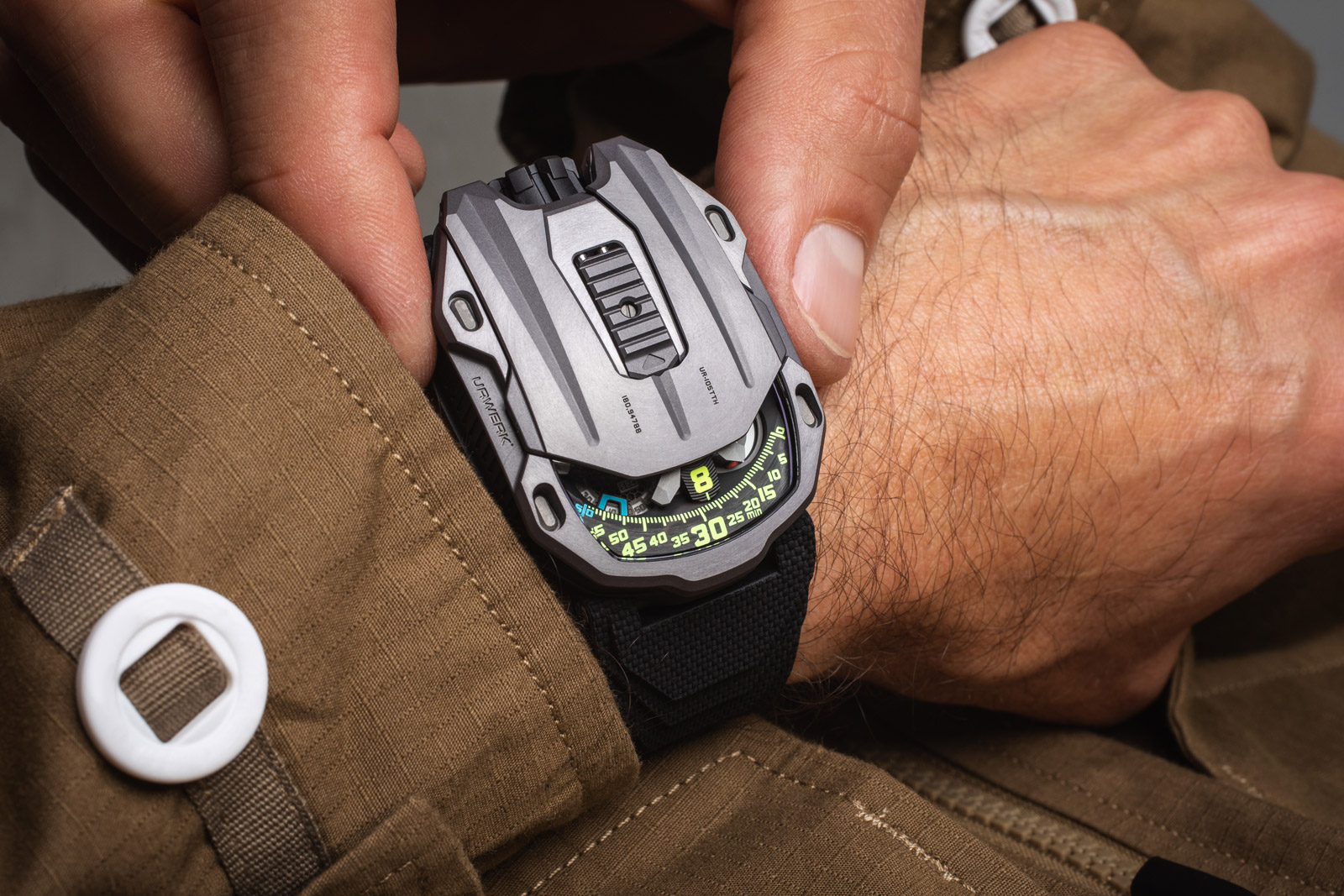 With the cover down, the watch is reminiscent of the first-generation UR-103, with only the hours and minutes visible along a narrow window, along with the discreet, honeycomb seconds wheel. Graduated in 10-second segments – more to show the watch is running than for precise reading of the time – the seconds is highlighted within a blue, U-shaped frame.

Lifting the cover requires releasing the locking mechanism, which is accomplished by sliding the oblong button on the middle of the face upwards. That reveals the entirety of the wandering hours mechanism that’s an Urwerk signature. 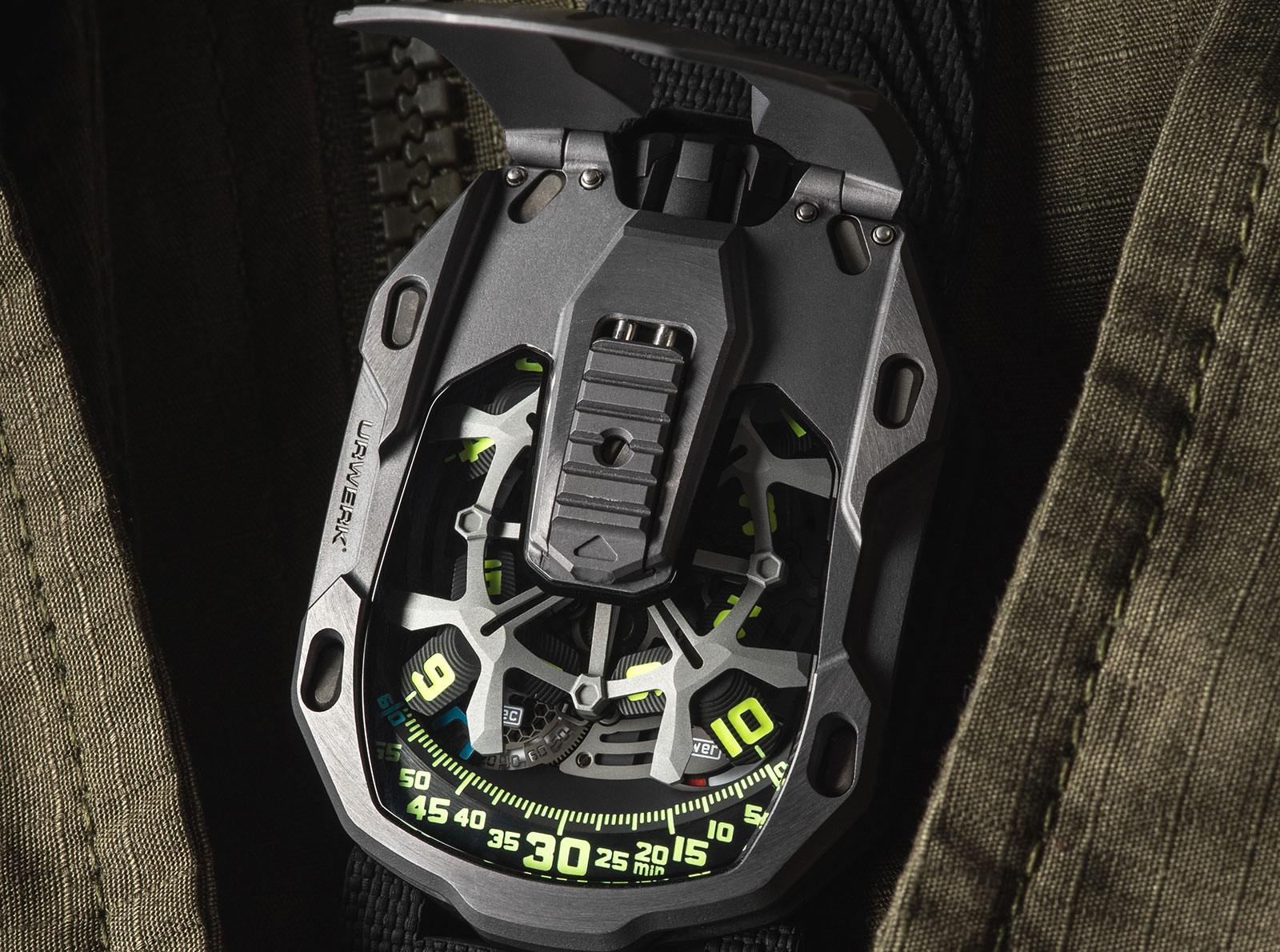 Comprises of four hour satellites on a carousel, the wandering hours indicates the time with the current hour numeral pointing to the minutes on a scale located on the lower edge of the face. Urwerk didn’t invent the wandering hours, it is a centuries old display that originated in a Papal clock, but the Urwerk interpretation of the complication is one of the coolest ways to tell time in contemporary watchmaking. 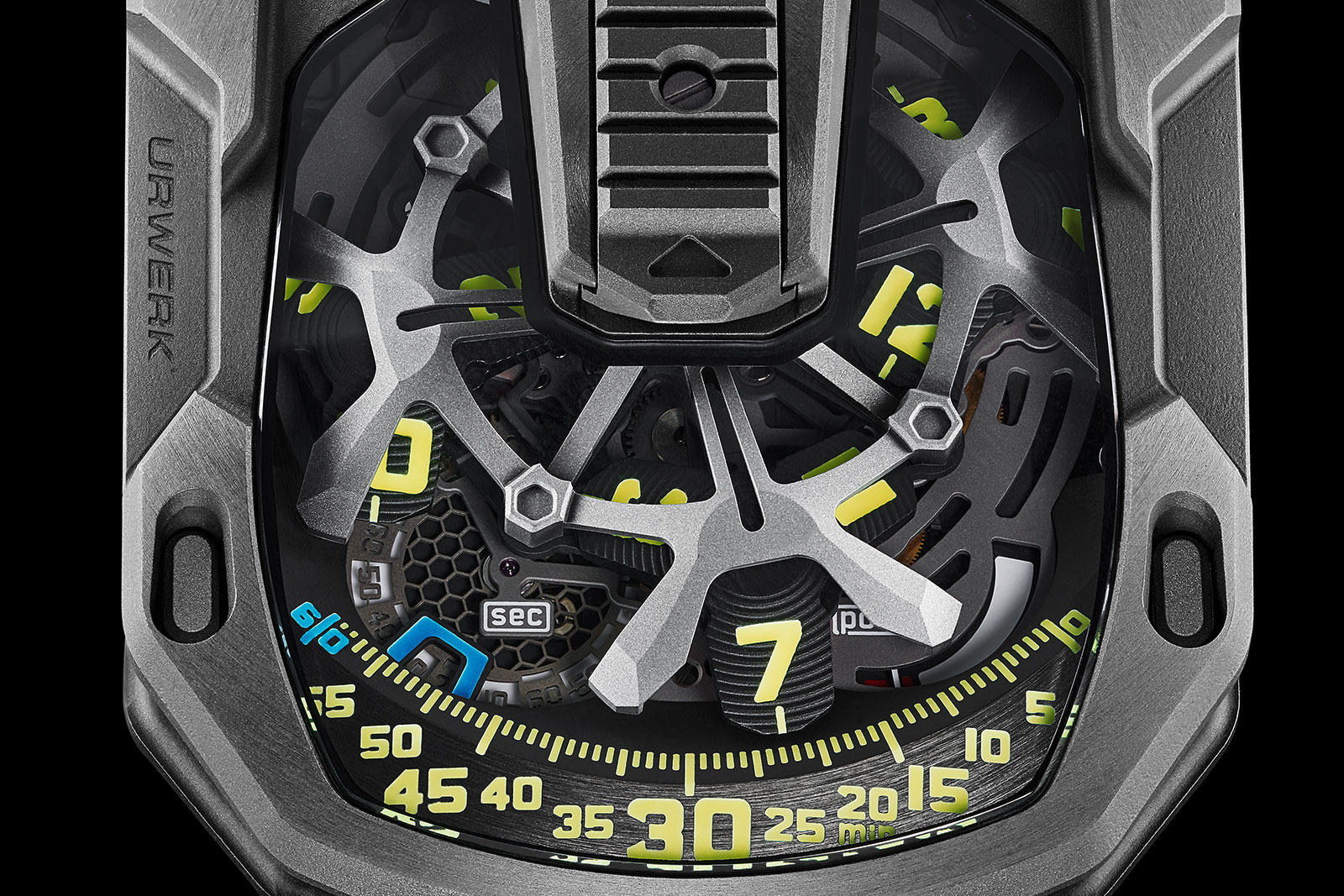 A power reserve indicator is tucked away on the lower right corner of the dial, with the honeycomb open-worked seconds wheel on the left

Flipping the watch over reveals the “control panel” on the back of the case. That includes the Urwerk “turbine winding” system that’s designed to optimise winding efficacy.

That requires setting the winding speed via a lever that sets the spin rate for the rotor so that the watch winds most efficiently relative to the wearer’s physical activity. With a low level of activity, being at the office for instance, the setting should be “Full”, which means maximum winding to compensate for the stationary wrist. 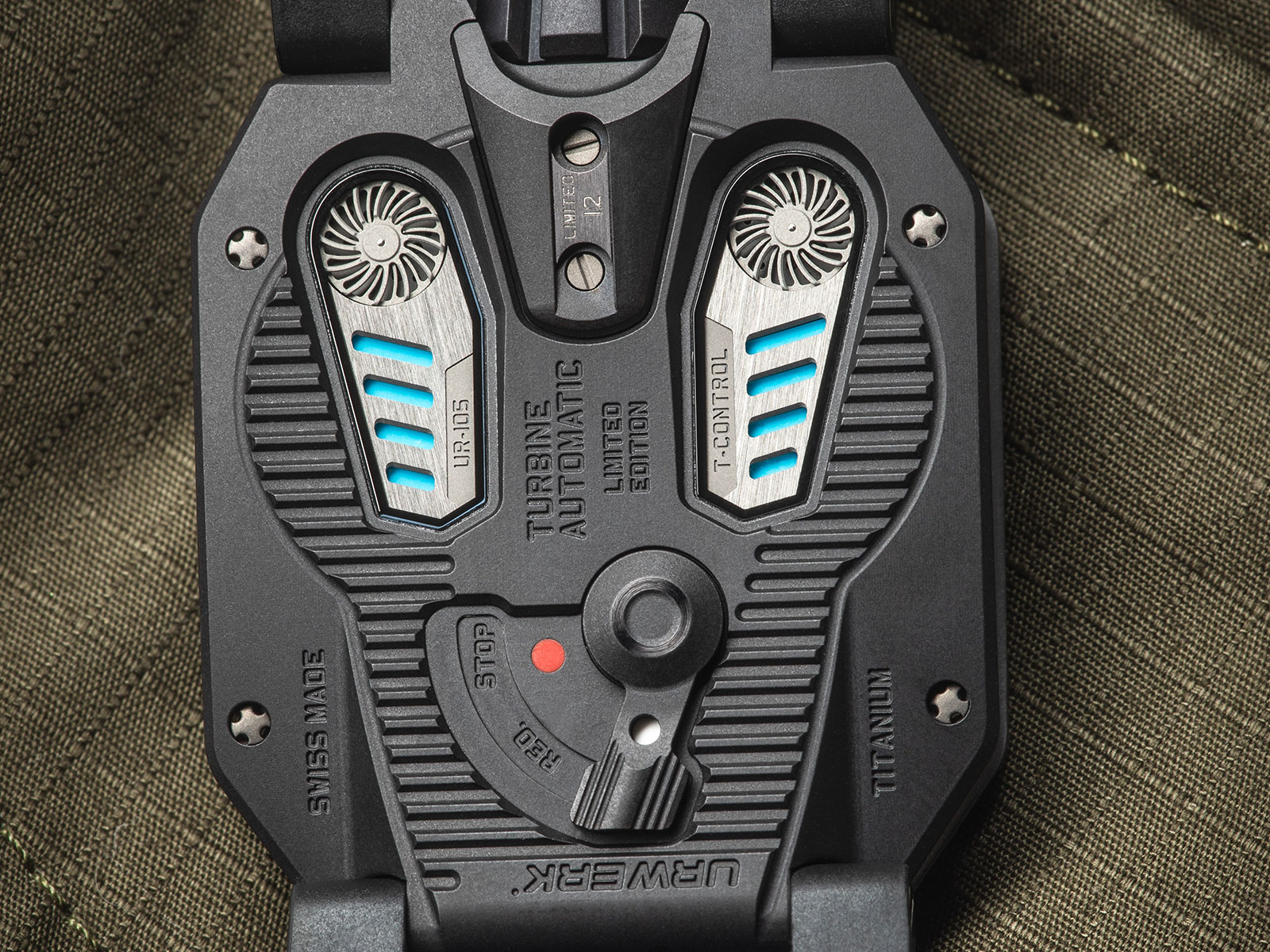 Introducing the Urwerk UR-105M, the Armoured Time Satellite Wristwatch (with specs and pricing)