A longtime watch enthusiast based in Singapore, Benjamin Chee founded his own brand almost a decade ago. Established as Millésime, the brand focused on classical and affordable watches, but it has since evolved into one that’s dedicated to more upscale timepieces.

The Monarque M is being launched in two guises, the Saffron with a resplendent yellow dial, and the all-black Stealth

Mid-priced independent watchmaking below the US$10,000 mark is becoming a crowded segment. A few notable names in the same field offer something apart from the mainstream while being strong value, like Habring² for instance. However, their watches tend to be traditionally styled, and few have attempted a dive watch.

That makes the Monarque M an exception. The watch has clearly taken inspiration from mid-20th century dive watches, but the design is clearly modern. Mr Chee describes the design as “fantasy vintage, where I take the best parts of certain vintage watches I love, and create a new watch that never actually existed but would have looked great.” 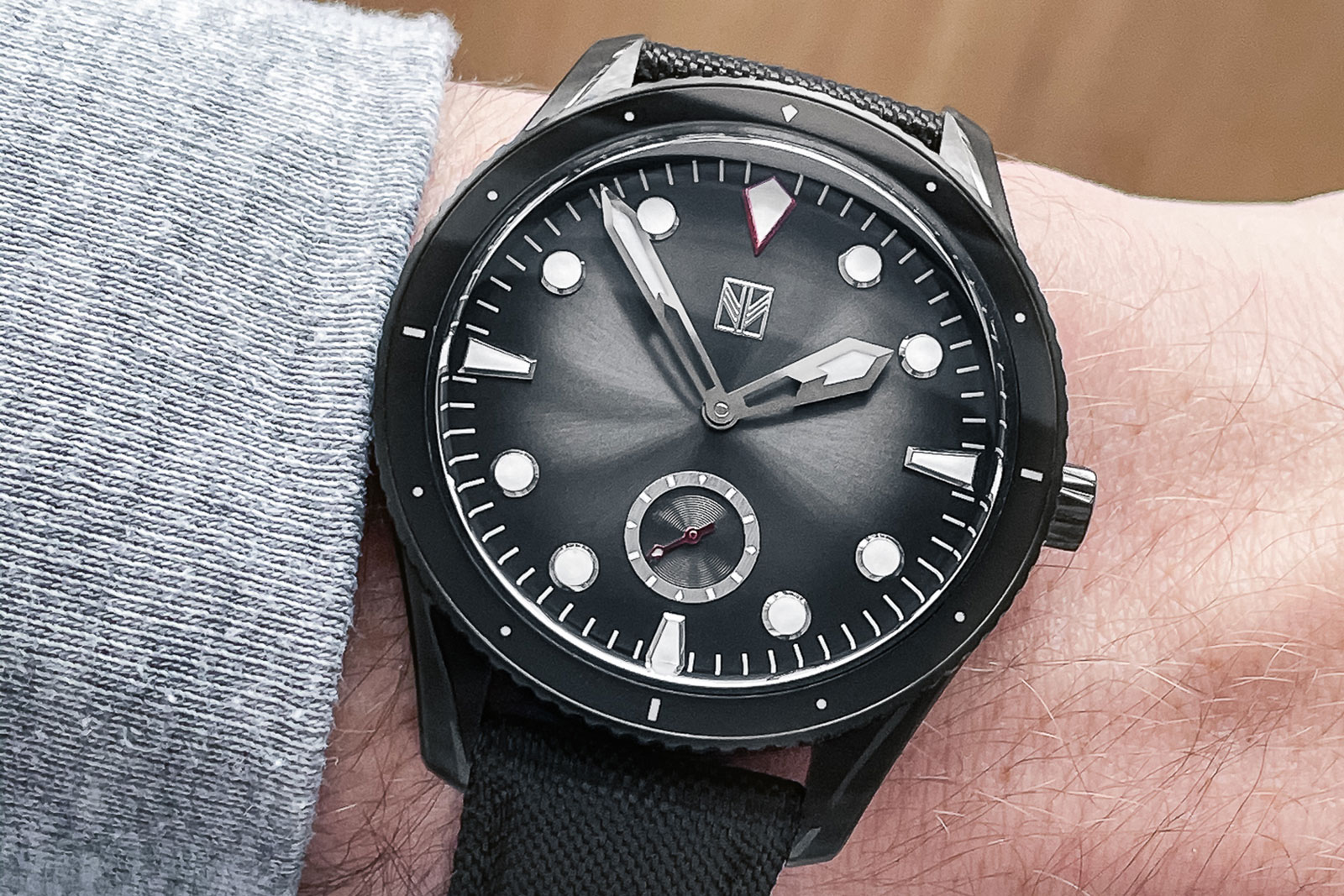 Crucially, Milléchron is working with several specialists synonymous with high-quality components to put together the Monarque M – Vaucher Manufacture Fleurier for the micro-rotor movement, and Philippe Cattin for assembly (he’s better known as the cofounder of case maker Voutilainen & Cattin) – while also obtaining chronometer certification. With a dive watch, the brand is taking the road less travelled, but in a reassuringly familiar way in terms of quality.

The Monarque M appears well-finished, as one would expect given the reputations of Milléchron’s suppliers. In fact, the quality of components and finishing is excellent for a dive watch at this price point. 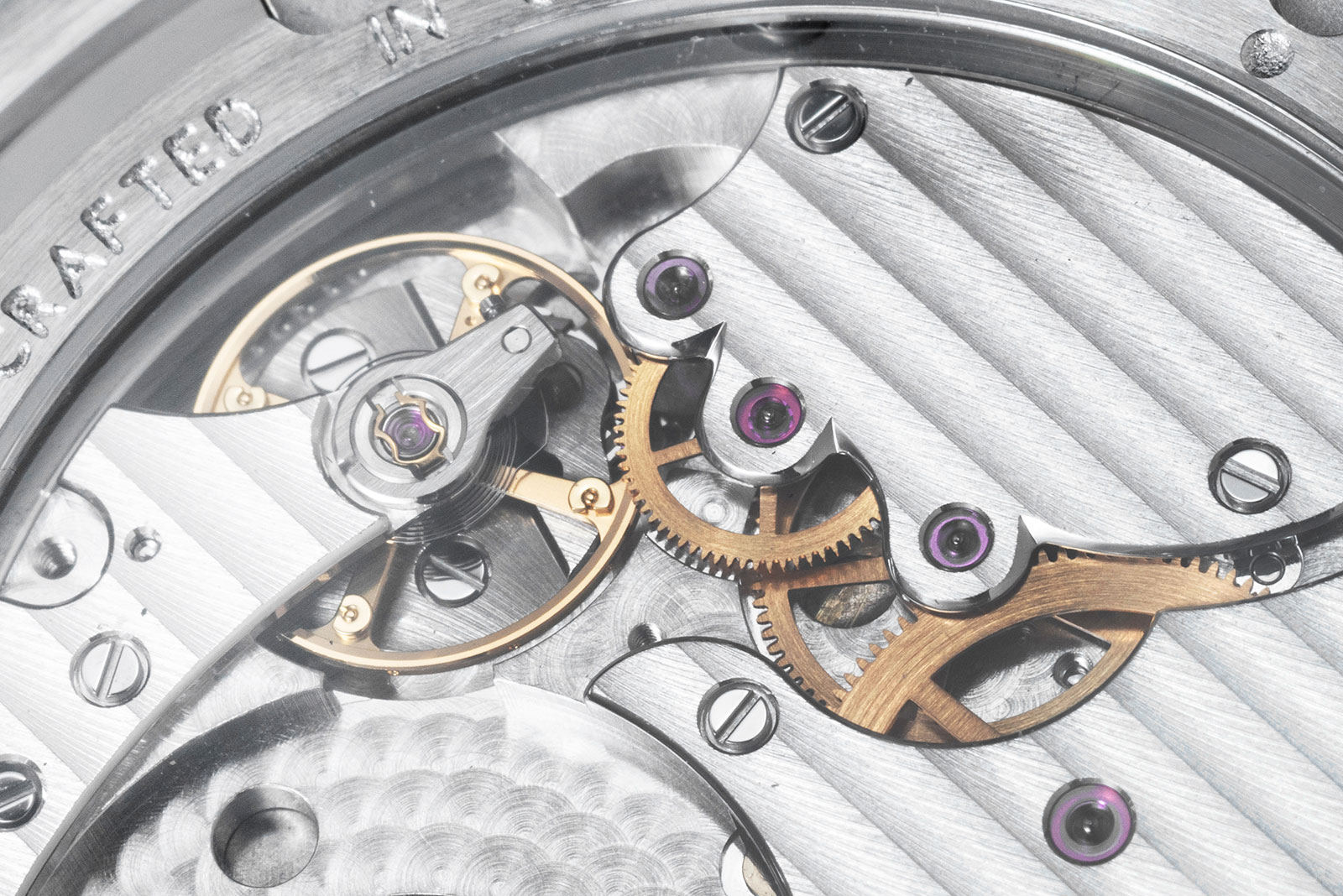 Detail of the cal. 5401 in the Monarque M Saffron 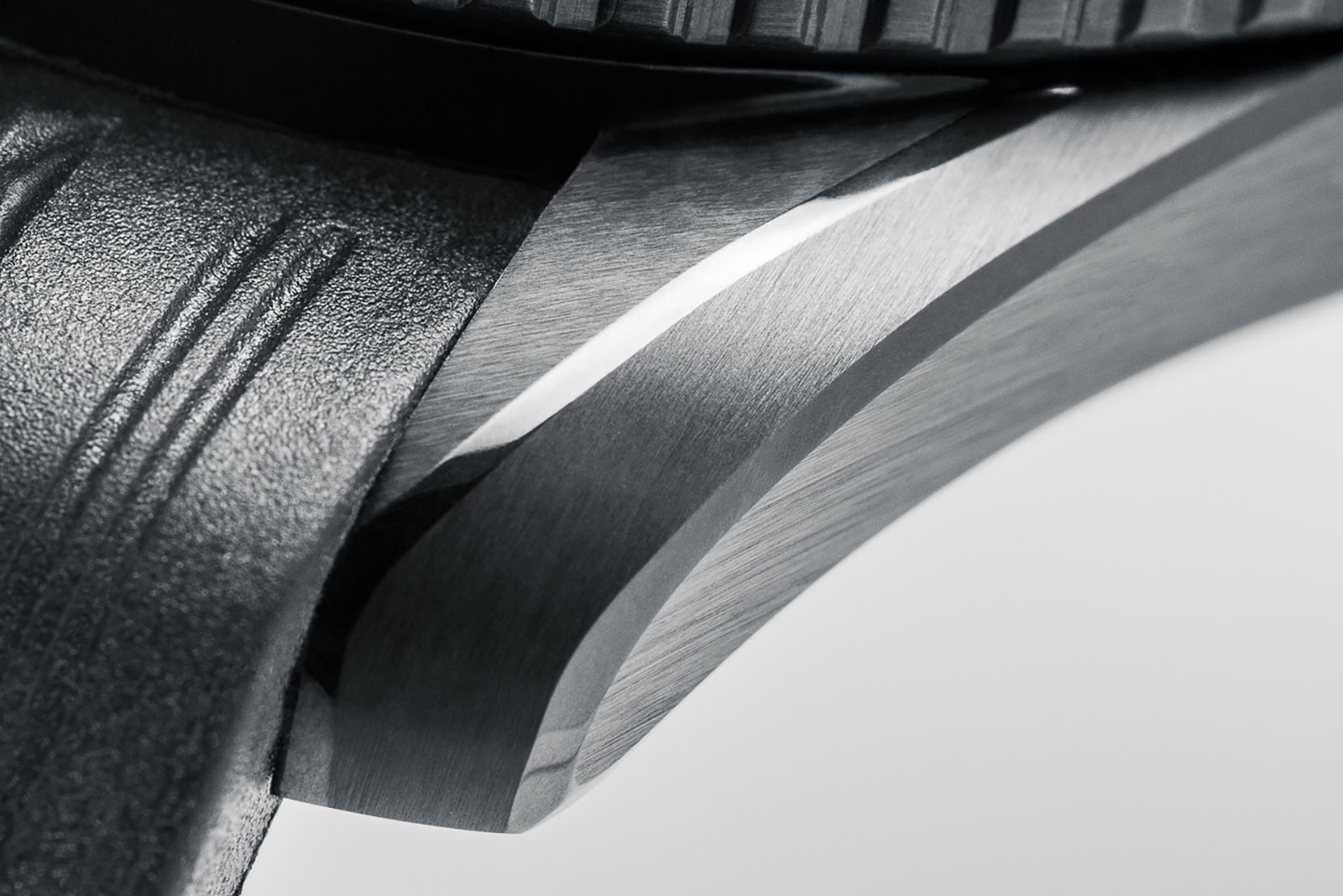 The lugs of the Monarque M Stealth

That being said, it may not be everyone’s cup of tea. Although it’s offered in striking colours, the design of the Monarque is a tad too generic for my taste. It is less aesthetically striking than some comparables like the Ming 18.01 Diver, or even the Yue Fei from its sister brand Celadon that was also founded by Mr Chee.

And at CHF9900, or about US$11,000, the price is substantial for an untested brand, though it’s worth noting that Milléchron founder Mr Chee is almost a veteran in this space, having founded his first watch brand almost a decade ago. At the same time, the price is within the ballpark for a watch powered by a Vaucher movement, which cost more than most calibres offered by third-party makers.

And perhaps with that in mind, Milléchron is offering a trial for the Monarque M: customers pay a deposit equivalent to half the price, and then receive a prototype Monarque M to wear for a short period. They then can decide whether to buy the watch and receive a final-production watch, or return the prototype for a refund of the deposit. This trial is unusual in the watch industry – Milléchron is probably the only brand to do so – and will surely compensate for the fact that Milléchron is a newish brand.

The Monarque M is very much a niche offering, albeit one executed at a high quality, catered to a specific class of buyer who can appreciate its details and accept the price. 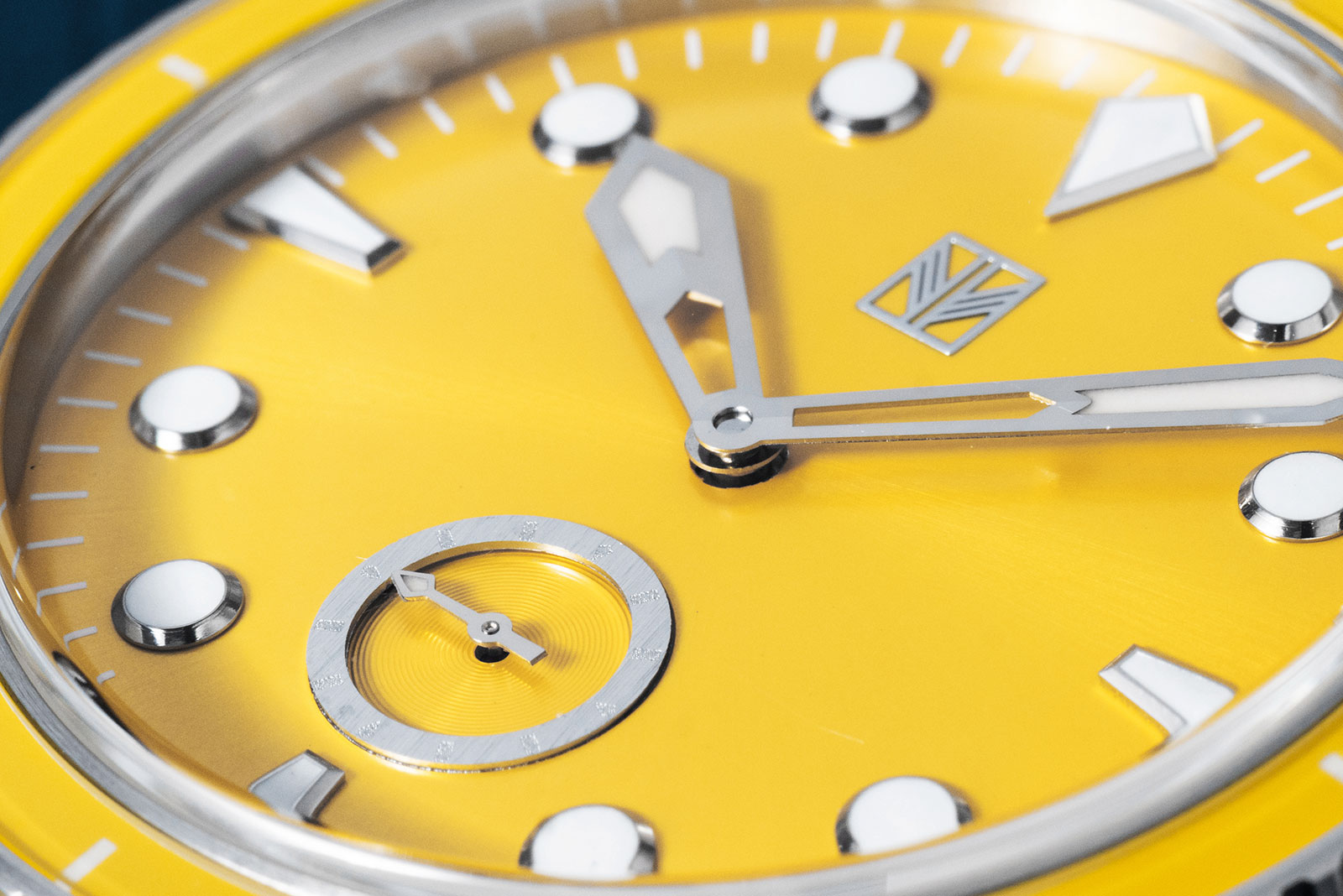 The Monarque M is powered by variants of the Vaucher cal. 5401 (the cal. 5401/32 and 5401/33, depending on the colour), an automatic with a micro-rotor and a power reserve of 48 hours. According to Milléchron, the Monarque M is the first watch of any brand that’s equipped with the latest versions of the cal. 5401. Every movement undergoes testing in the CLA Chronometry Cell, an automated machine that performs chronometric testing.

Better known as the sister company of Parmigiani Fleurier, Vaucher is a well regarded supplier of calibres to high-end independent brands like Bradley Taylor and Kikuchi Nakagawa, along well as more mainstream names like Hermes and Richard Mille.

The variants of the cal. 5401 in the two versions of the Monarque M differ in finishing and design. The cal. 5401/32 in the Saffron features a tungsten rotor and solid bridges that are finished with traditional Geneva stripes and perlage on the base plate. 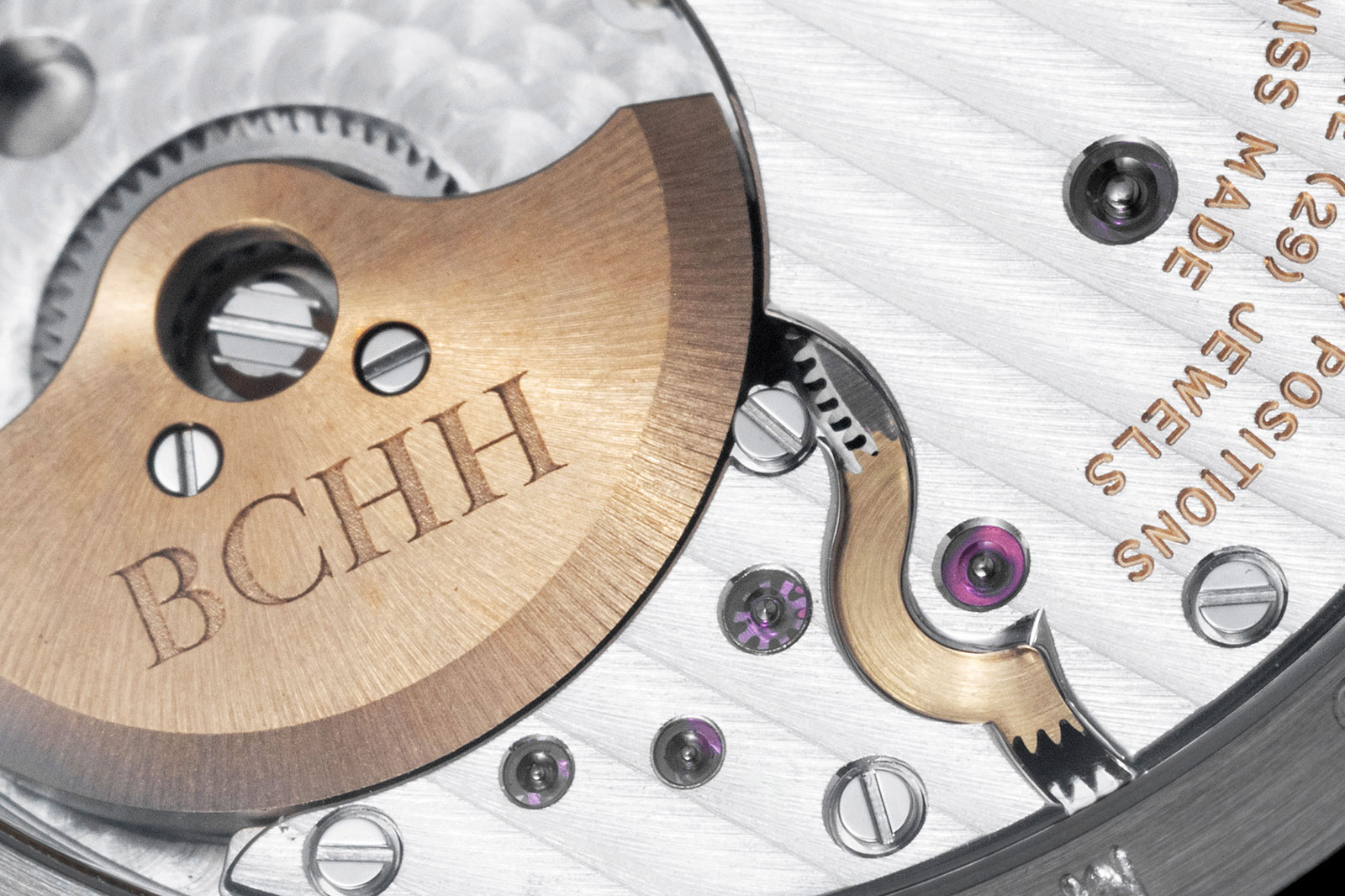 In contrast, the cal. 5401/33 in the Stealth has been reworked to suit the contemporary look of the watch. Though it is identical in specifications and mechanics, this version of the movement looks dramatically different, with geometrically open-worked bridges finished in dark grey with alternating frosted and brushed surfaces.

Both versions of the movement, however, will have the initials of Milléchron’s founder on the rotor of the first 10 examples of each model. 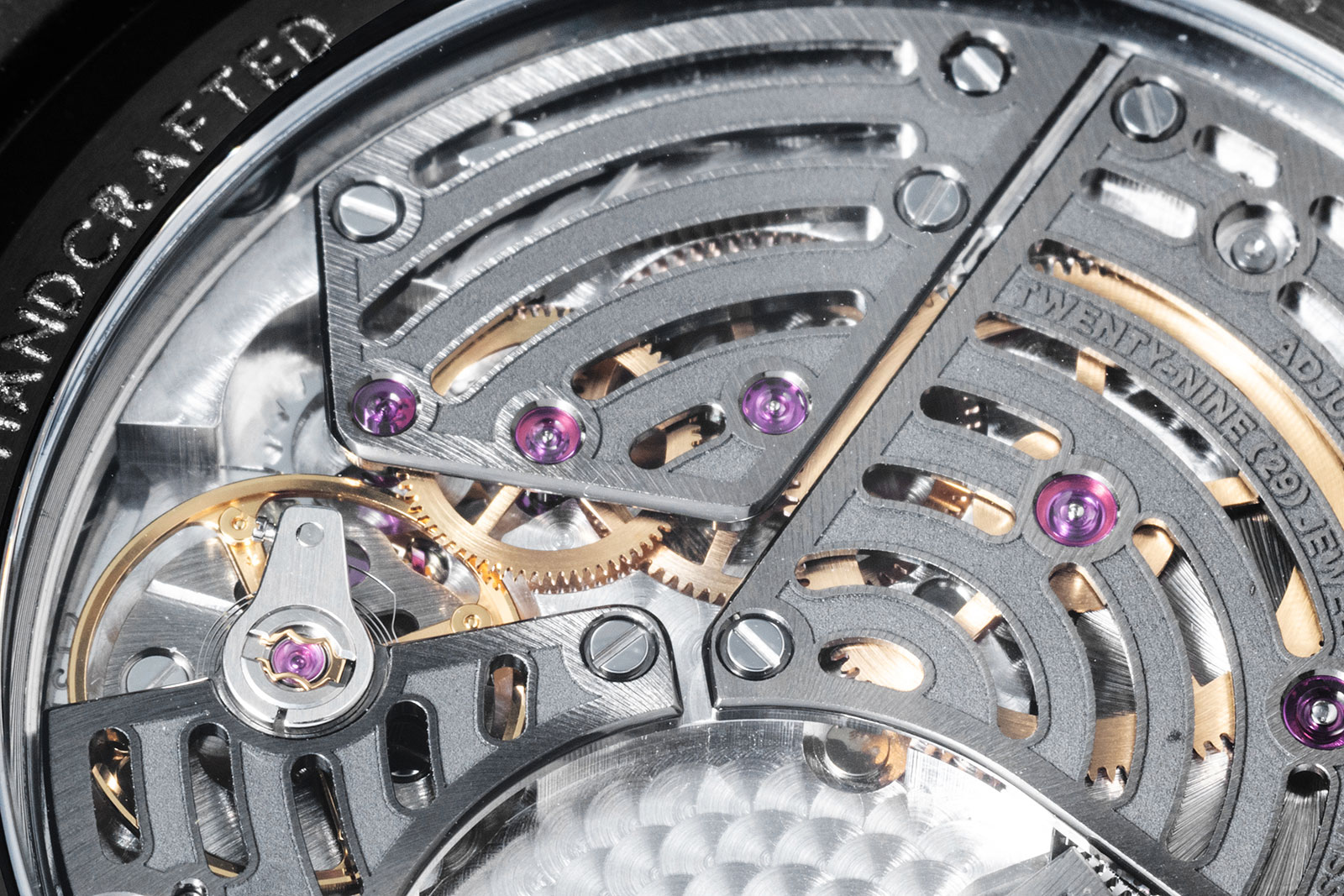 The exterior of the watch is made up of similarly refined components that have been carefully conceived. That’s true even for the case material – the Monarque M case is milled from the same of 904L stainless steel Rolex uses in its watches. It’s then finished by hand, with the case sides and lugs being made up of six distinct facets of alternating satin-brushed and polished surfaces. The juxtaposition of brushed and polished finishes create a contrast that is evident even on the Stealth that has been coated in amorphous diamond-like carbon (ADLC).

As for the dial, the Monarque M features skeletonised hands and hand-applied hour indices. According to Millechron, the indices have been milled to have facets of 45 degrees, an angle deemed to reflect light best.

Introducing Millésime Watches, By the Man Behind Maison Celadon

All the models, in one colour.

Plus a new bracelet for every watch to date.