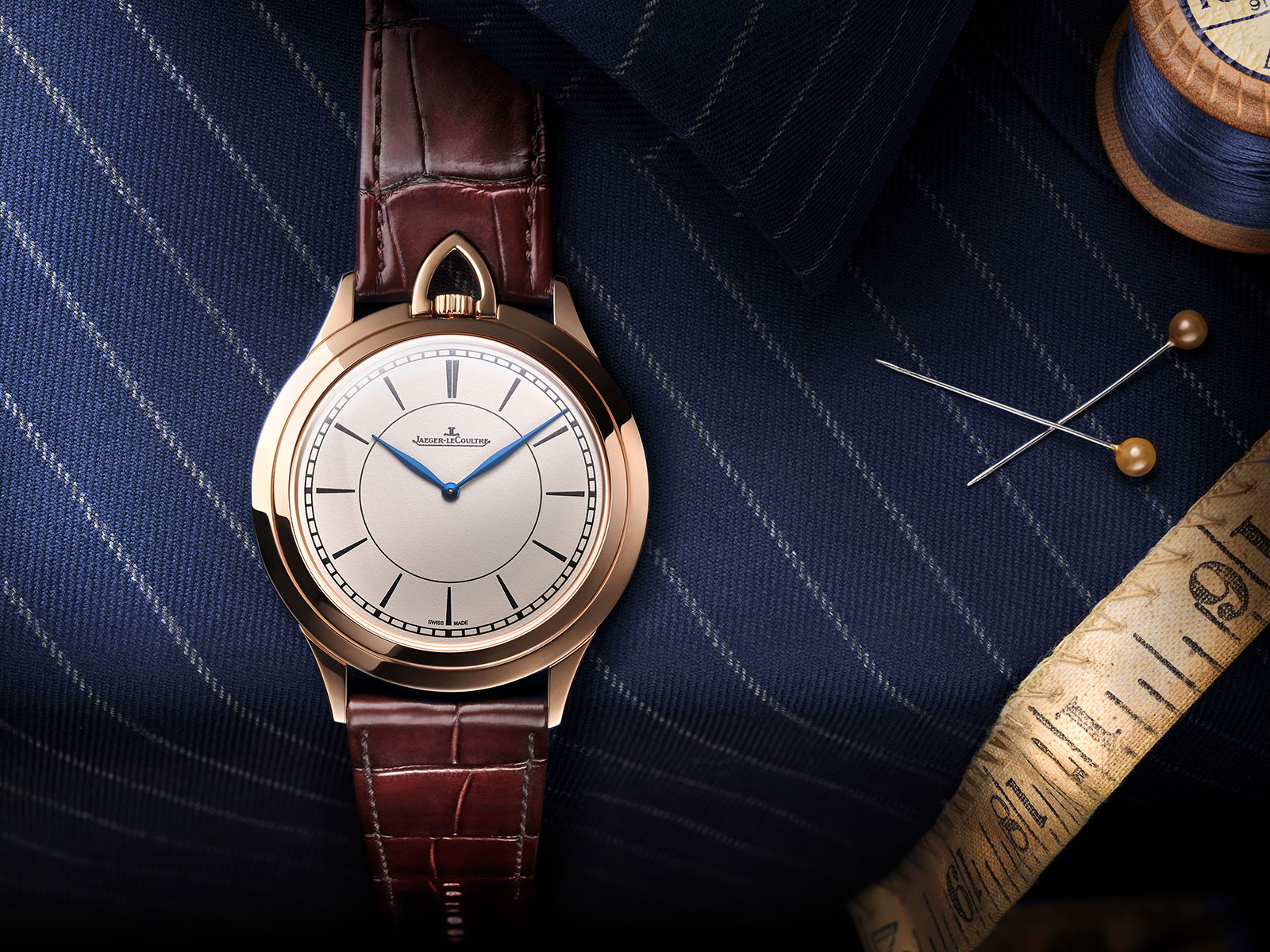 Jaeger-LeCoultre (JLC) teamed up with online menswear purveyor Mr Porter to create a wristwatch for the upcoming retro spy film The King’s Man, where the heroes are mainly sharply-dressed spies with canes and signet rings.

Set in the years before the First World War, the film doubtlessly called for a watch that is seemingly period-correct – yet obviously one that would appeal to the today’s consumer. The result is the Master Ultra Thin Kingsman Knife Watch, a razor-thin, 4.25 mm wristwatch that takes inspiration from a vintage ultra-thin pocket watch. At a glance, the watch might seem like a conventional but handsome dress watch. But the case design is outstanding – and compared to JLC’s recent creations, dramatically different.

The case is round with a wide, double-stepped bezel, a feature that gives it an old-school, classic feel. And the stepped bezel also adds presence so that the case doesn’t look too flat. And more unusually, the crown is at 12 o’clock and protected by a triangular bow. And the reason for the crown position is the fact that the watch is essentially a pocket watch with lugs.

The origins of the design lie in a 1907 Jaeger-LeCoultre pocket watch, nicknamed “couteau” – French for “knife” – after its thin case with a sharp edge. That said, the “couteau” pocket watch is arguably more widely associated with Cartier, which relied on LeCoultre movements for its watches, which were made by the European Watch & Clock Company (EWC) that was led by Edmond Jaeger, who later joined with LeCoultre to found Jaeger-LeCoultre. And as it happens, both Jaeger-LeCoultre and Cartier are now owned by Richemont – which also owns Mr Porter. 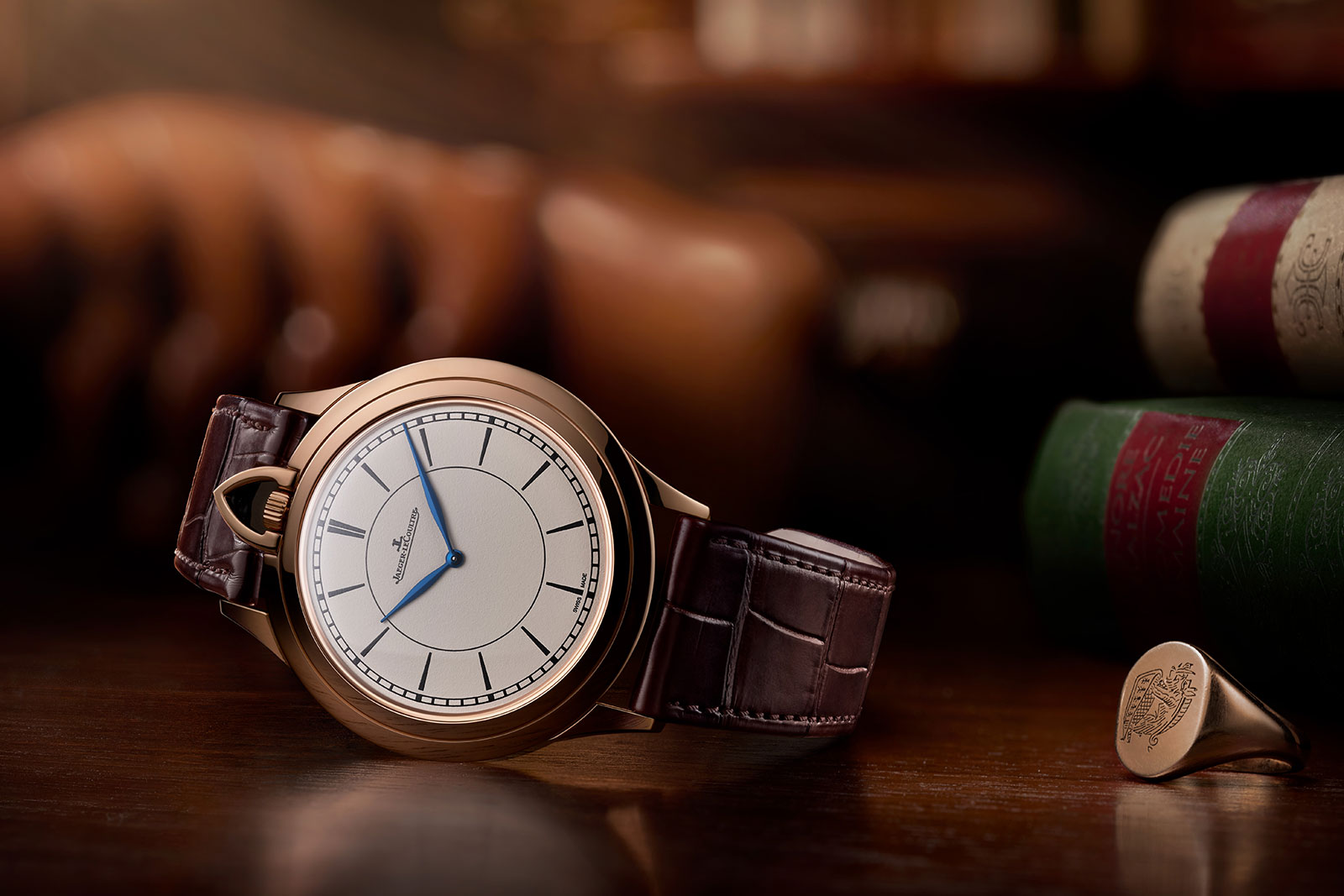 The historical inspiration makes the watch a little more interesting, and combined with the striking design, it should be a winner. Except for the price, which at just below US$30,000, is far higher than it should be. That is especially so given Jaeger-LeCoultre’s propensity to remake successful limited editions in other iterations. 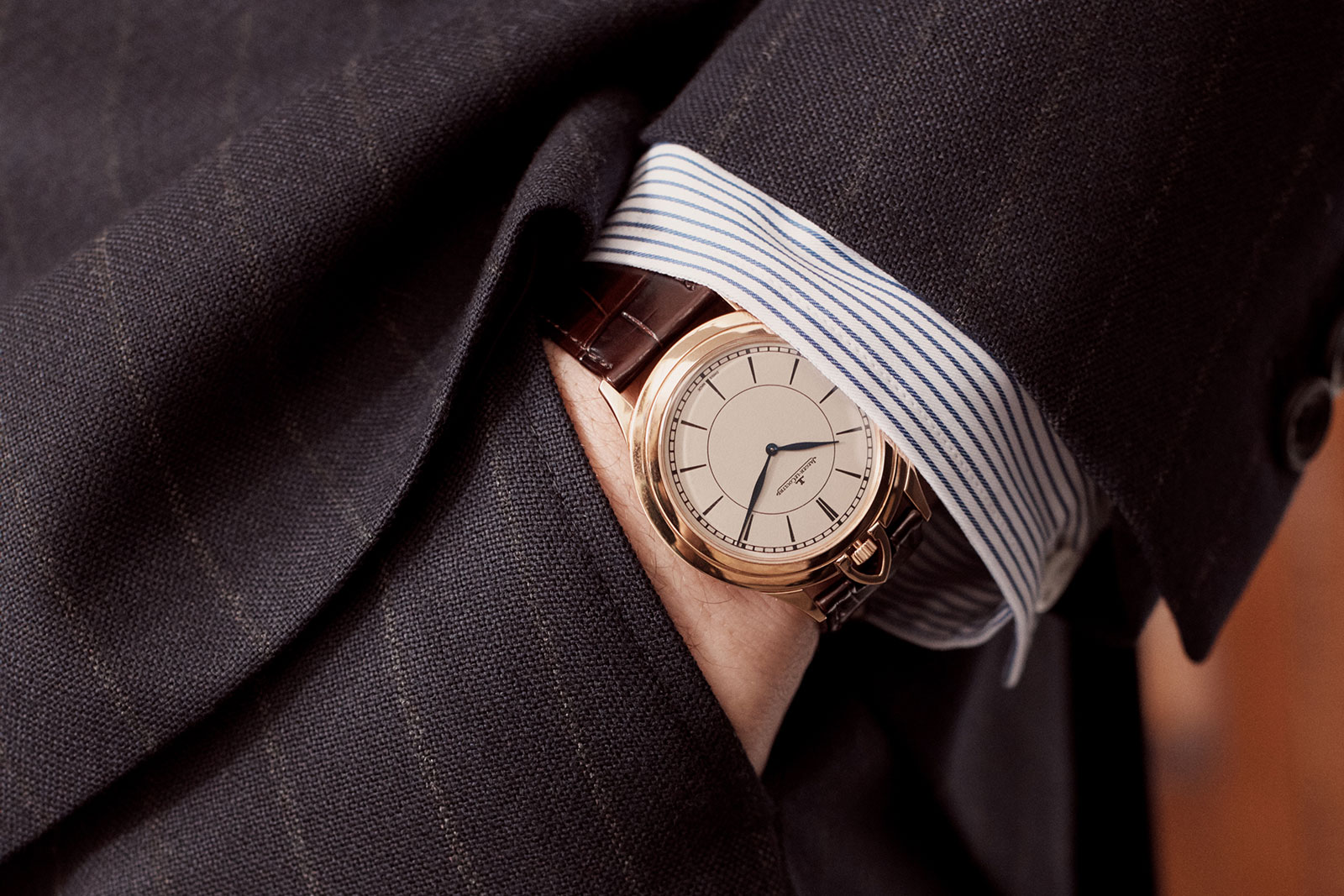 Forty millimetres wide and just 4.25 mm thick, the Kingsman Knife Watch is the thinnest watch in JLC’s catalogue. The case is pink gold while the dial is a simple, printed affair – dressed up with blued-steel hands – thoroughly appropriate for an ultra-thin watch.

It is good to see JLC return to the ultra-thin cal. 849, a movement that’s been part of the brand’s offerings since 1975 (as the essentially identical, predecessor cal. 839). Once the staple of its extra-thin line up, the movement is not found in the JLC catalogue at time of writing, but it is making a return in dramatic fashion here. 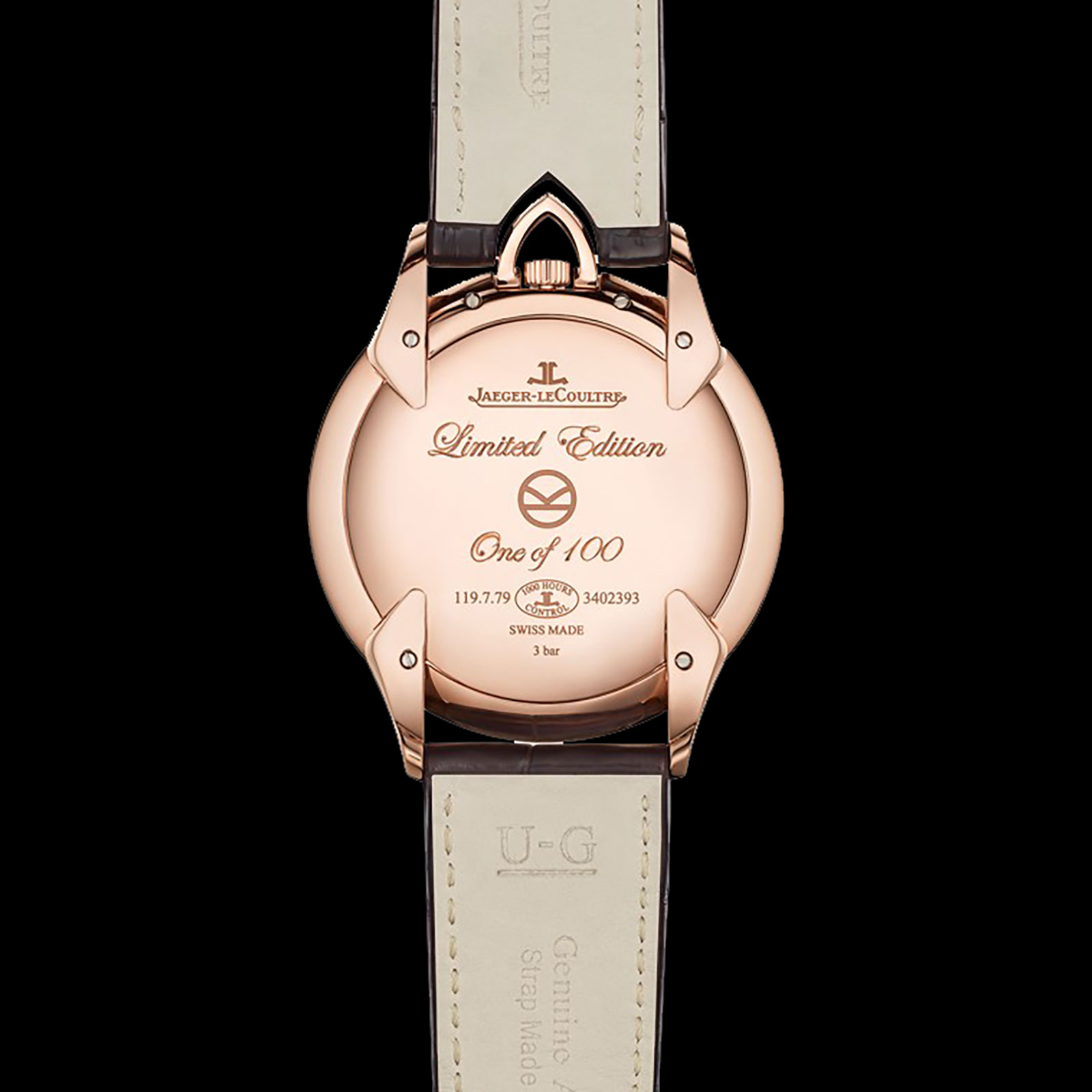 The lugs screw into the case band, while the case back is solid and engraved with the fictional Kingsmen logo

The Kingsman Knife Watch feels like a sincere attempt to create something novel yet classical. And it was successful; the design is effective in looking elegant yet sporty enough for a gentleman spy. But the watch is expensive for what it is.

Limited edition: 100 watches
Availability: Exclusively from Mr Porter from July 20 to September 6; and then from Jaeger-LeCoultre’s e-commerce store and physical boutiques starting September 6
Price: US$29,800; or 44,200 Singapore dollars Perhaps the most recognisable Panerai is the Luminor Marina 44 mm. A modern-day creation inspired by a vintage military-issue watch, the Luminor Marina was introduced in 1993, and a decade later became one of the watches that kickstarted the fashion for bigger watches.

While the Luminor Marina was historically all about black dials for a no-nonsense military look, Panerai has been injected more colour into the line up for a civilian-friendly style. The new Luminor Blu Mare 44 mm PAM01085 – blu mare translate as “blue sea” – retains the traditional design codes of the Luminor plus a fashionable blue dial. 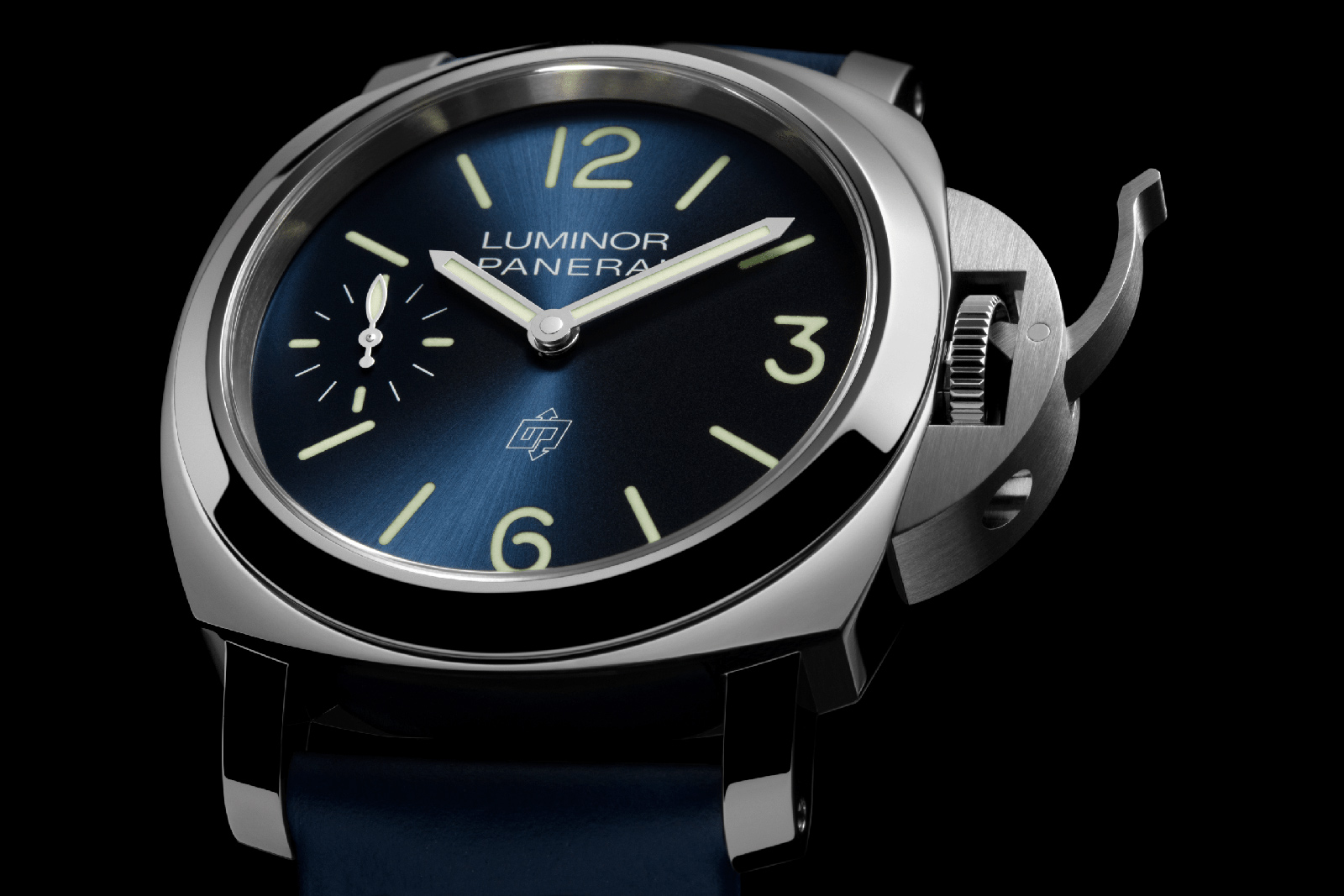 While earlier Luminor models like the PAM1663 and the PAM1033 have had blue dials, but the new Luminor is arguably the cleanest, harking back to the entry-level Luminor Marina “Logo” of about a decade ago. The blue is metallic, subdued and finished with a radial-brushed finish that’ll definitely catch the light nicely. 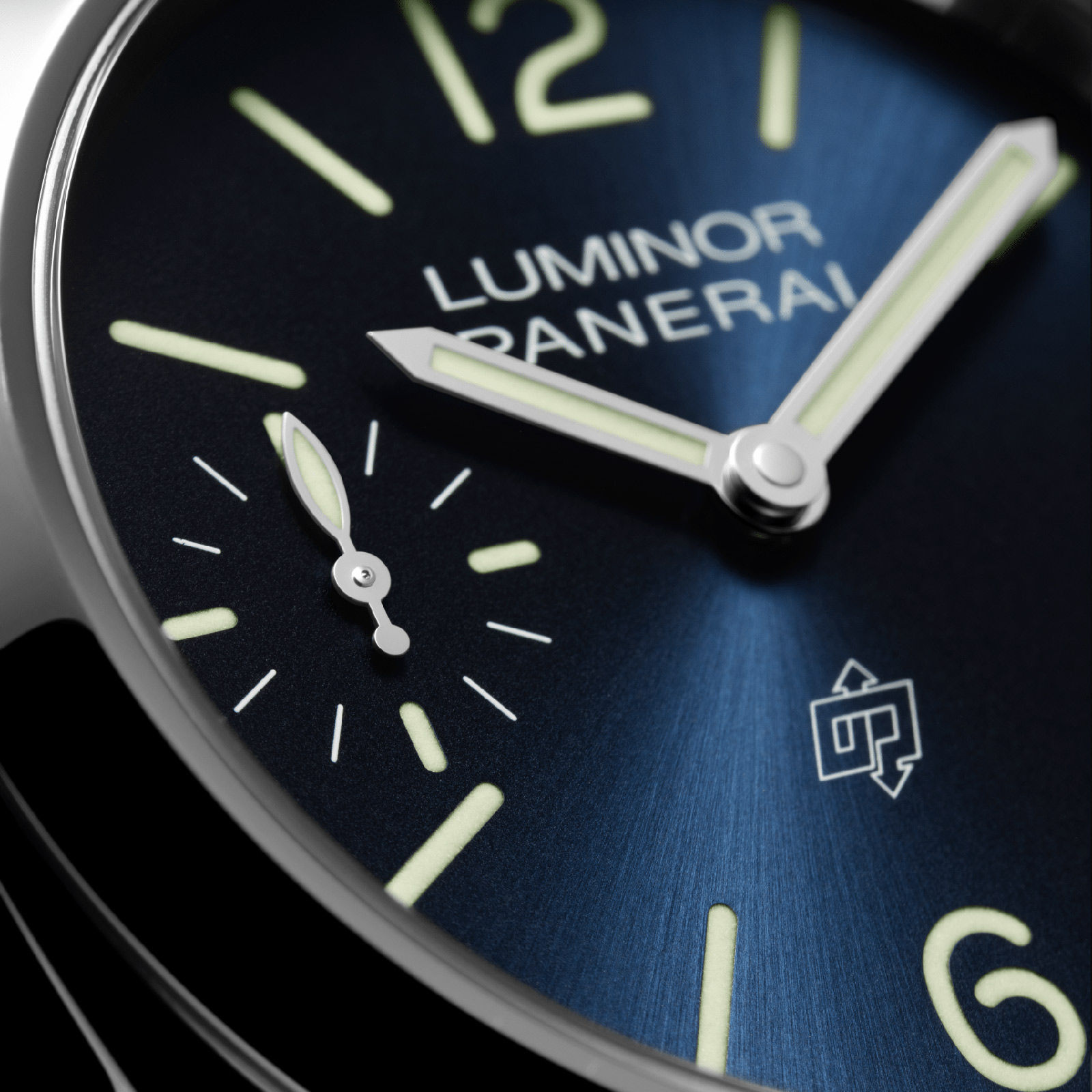 A colour that’s been in vogue for a couple of years, the blue dial gives the Luminor Blu Mare a slightly more elegant and contemporary feel than the typical Panerai, a useful quality for someone who likes the functional Panerai design but prefers lighter colour palette.

The design, however, is strictly traditional. With the vintage originals designed as functional instruments for navy frogmen of the Second World War, the new Luminor is expectedly utilitarian, with large, eminently simple hands and indices – very much the quintessential Panerai dial. 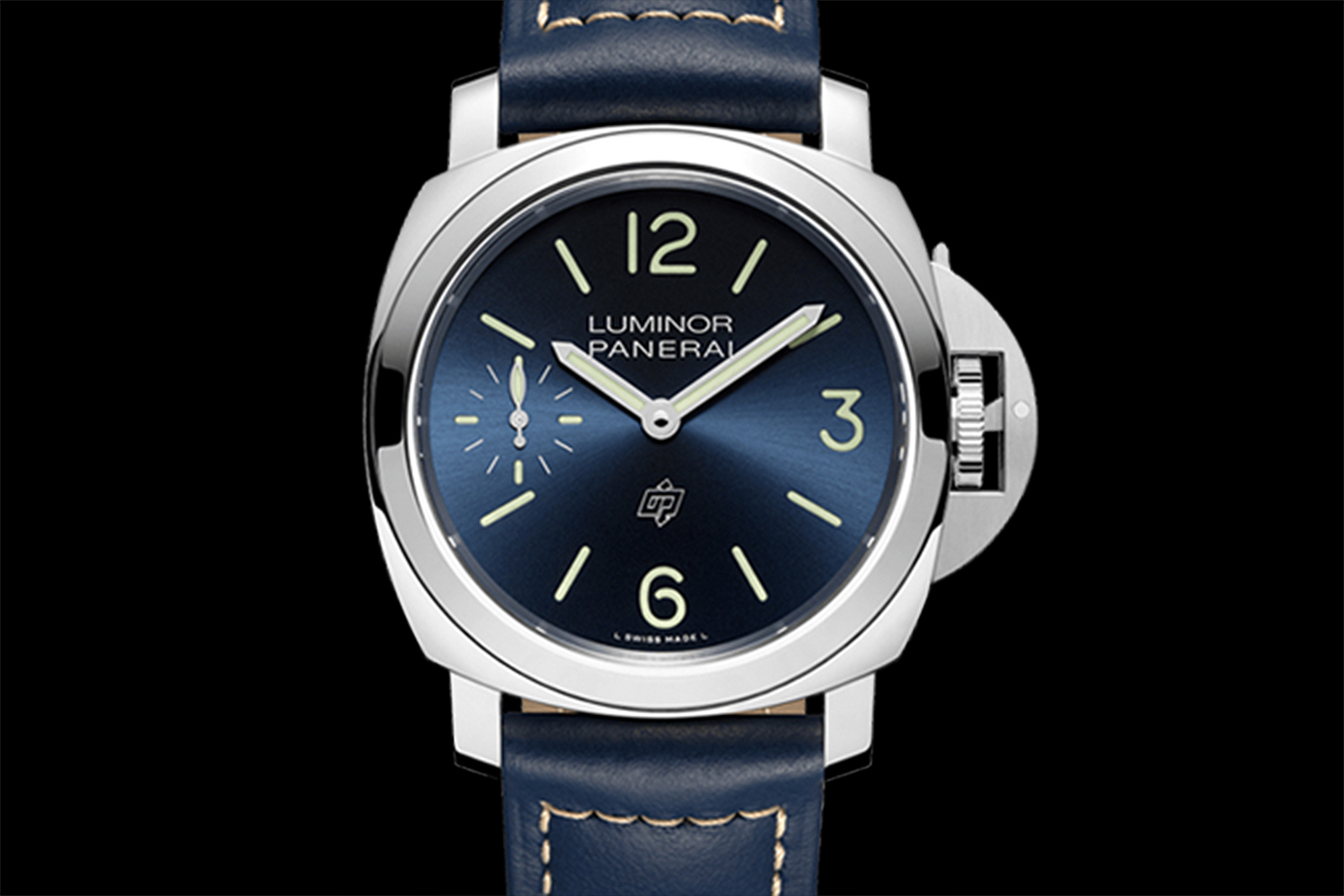 Similarly, the case is classic Luminor with the signature oversized crown-lock bridge. Large and squarish at 44 mm wide and 13.05 mm tall, it wears well thanks to its manageable case length and short, sloping lugs.

And as is traditional for Panerai, the lugs featured screw bars to hold the band, allowing for easy switching of straps. The Luminor Blu Mare is sold with two straps, blue calfskin and blue rubber. 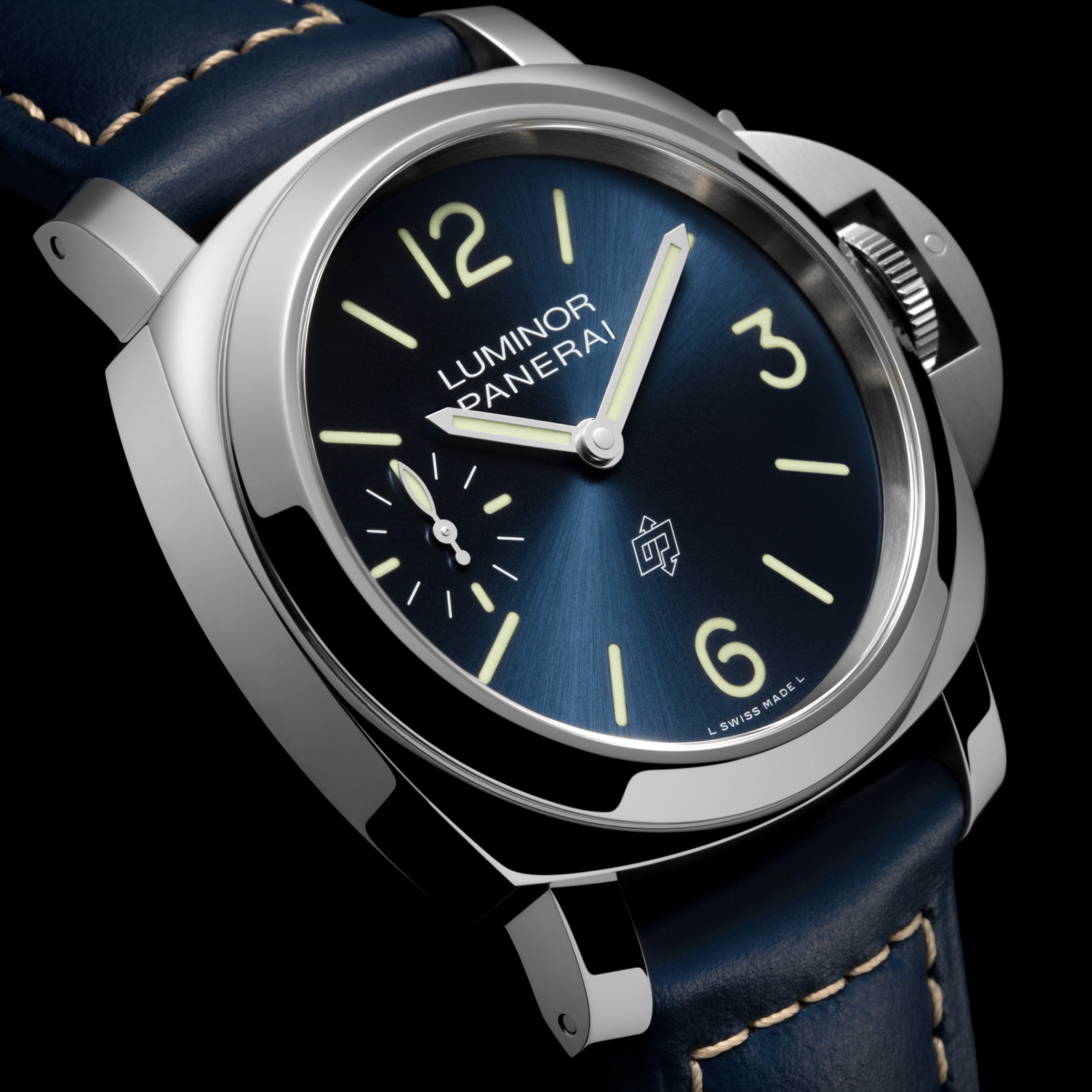 The Luminor Blu Mare is powered by the P.6000 that boasts three days of power reserve on a single barrel. Introduced in 2018, this fuss-free, in-house movement is found in many entry-level Panerai watches, replacing the ETA Unitas movements once standard. It’s hidden under a solid, press-fit back, and not a screw-down back. Both case-back types are functionally identical, but a screw-down back does feel more appropriate on a diver’s watch. 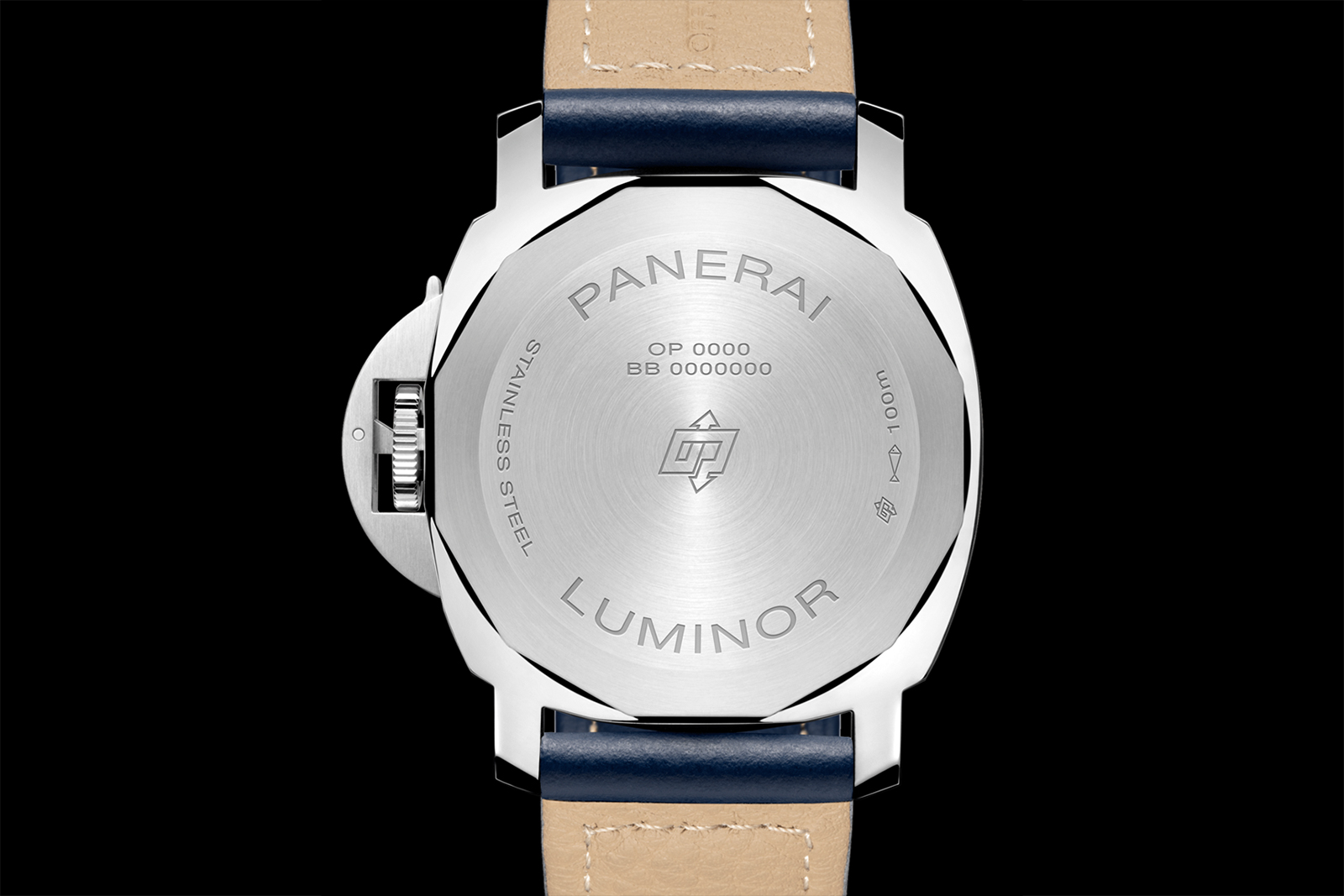 Availability: At boutiques and authorised retailers
Price: €5,400; or 8,000 Singapore dollars