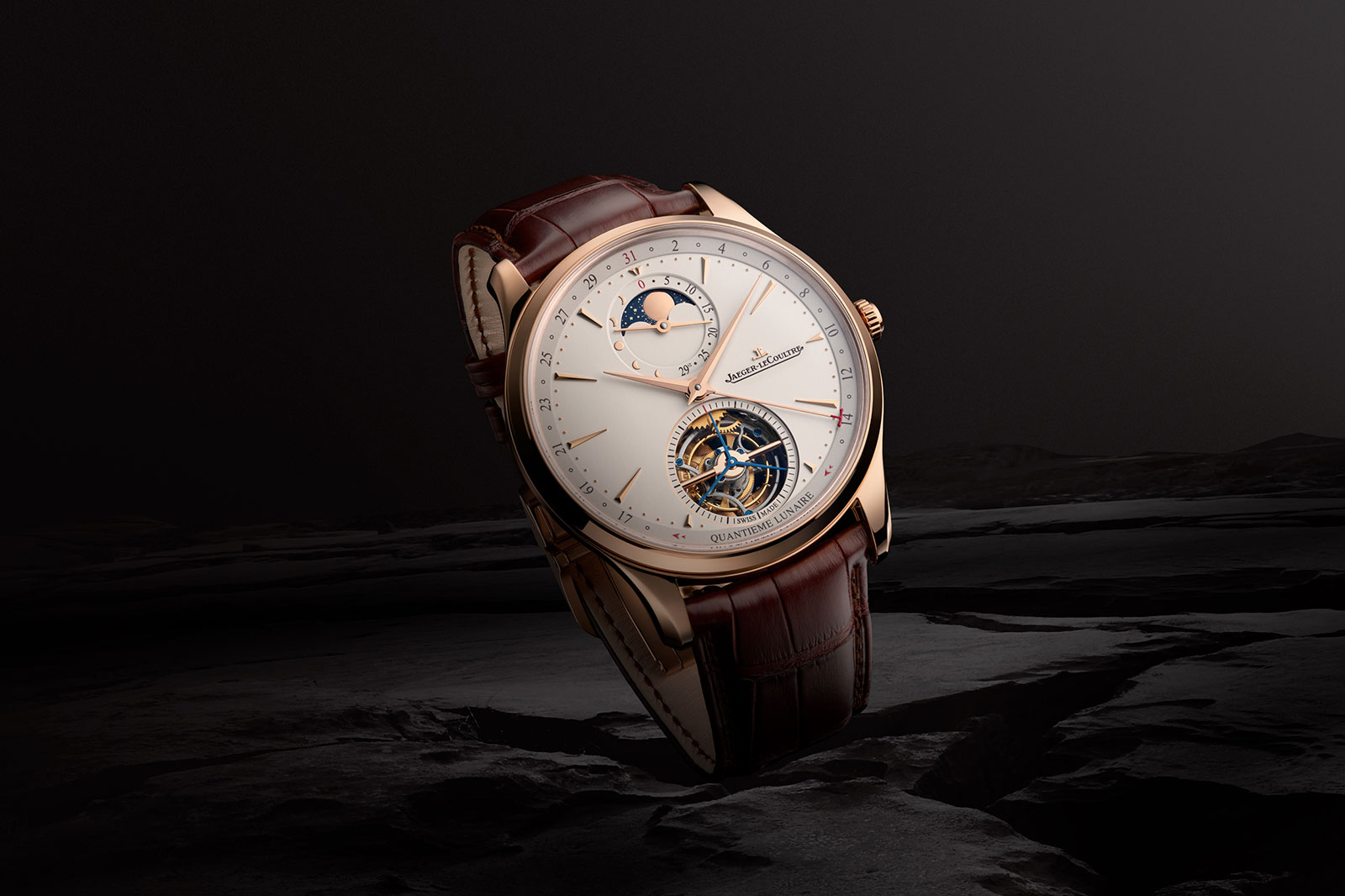 Combining an unusual variety of complications that nevertheless go well aesthetically, the Master Ultra Thin Tourbillon Moon is the latest tourbillon wristwatch from Jaeger-LeCoultre, which has made something of a speciality in iterating its tourbillon movements with various additional complications.

Powered by the newly-developed cal. 983, the new watch features a moon phase, pointer date, and tourbillon regulator. And its case is made of Le Grand rose gold, a fade-resistant gold alloy unveiled only earlier in the year. 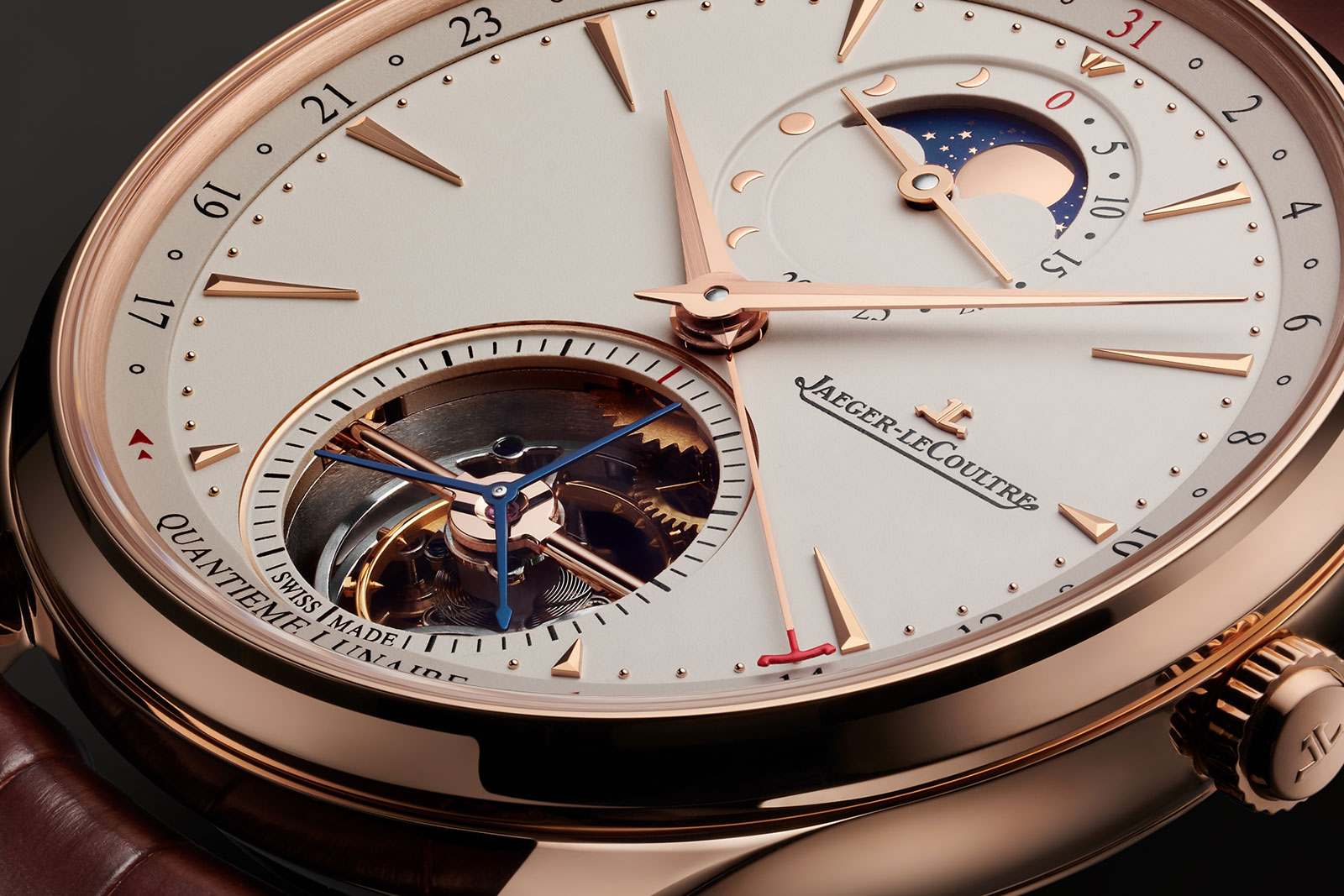 The Master Ultra Thin Tourbillon Moon is a handsome watch executed in the typical Jaeger-LeCoultre style.

The design is classical, with a handful of details that refine the look, including the applied hour markers and metal-deposition moon phase scale. And the movement is decorated well, though largely by mechanical methods, and the result is visually appealing.

But it is a bit large at 41.5 mm in diameter, and also thick at 12.1 mm high – giving it dimensions similar to a sports chronograph. 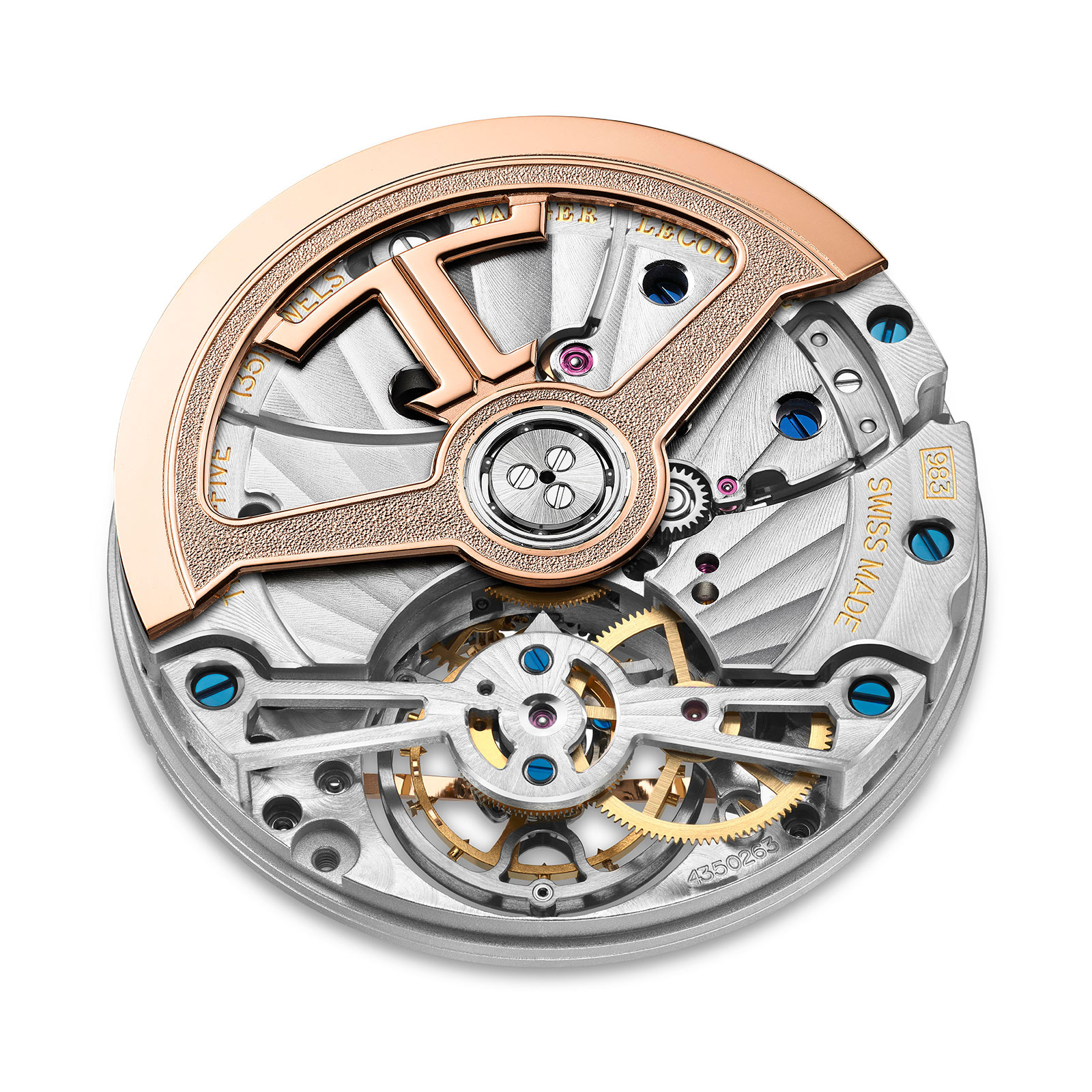 The cal. 983 in the Master Ultra Thin Tourbillon Moon

And the retail price of US$88,500 is high. Jaeger-LeCoultre’s strength is haute horlogerie in the middle of the price segment – though it’s been drifting upwards – alongside brands like Ulysse Nardin and H. Moser & Cie. But both those brands recently launched tourbillons of comparable quality – the Blast and Endeavour Cylindrical Tourbillon respectively – that cost less.

The new Master Ultra Thin Tourbillon Moon is the spiritual successor of the Master Tourbillon of 2009, which was launched in stainless steel and positioned as an affordable yet high quality tourbillon wristwatch.

In fact, the new model is also powered by a movement modelled on the cal. 978 of the 2009 watch. Inside the Master Ultra Thin Tourbillon Moon is the cal. 983, which is equipped with the most novel feature of its predecessor – a pointer date that jumps across the tourbillon from “15” to “16” – a span of 90 degrees – ensuring the hand doesn’t stop over the tourbillon aperture. 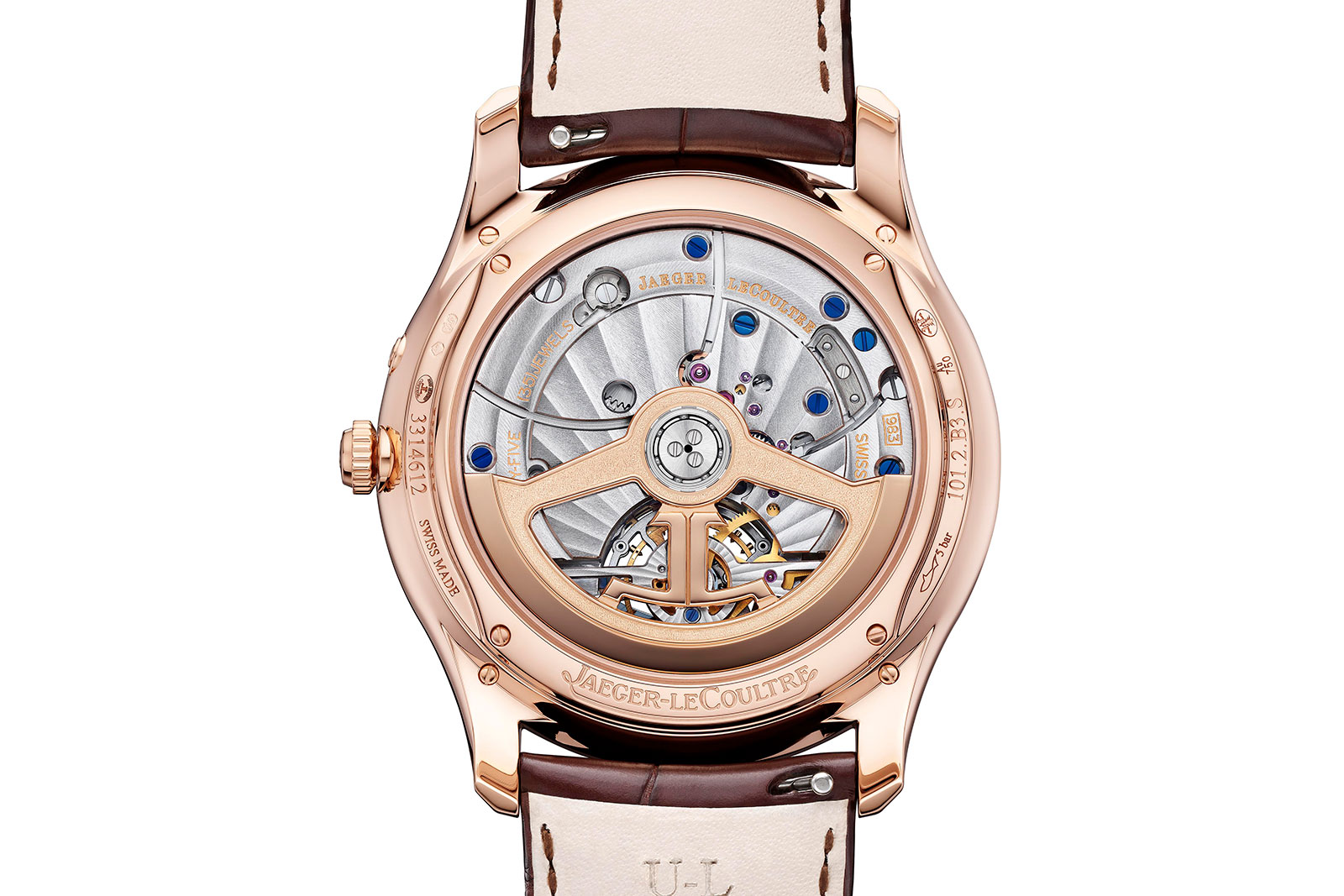 The cal. 983 is also fitted with a more recent complication: the “triple moon phase” indicator that was launched last year. Its name comes from the fact that it indicates the moon phase in both hemispheres, as well as the age of the moon with a pointer hand. 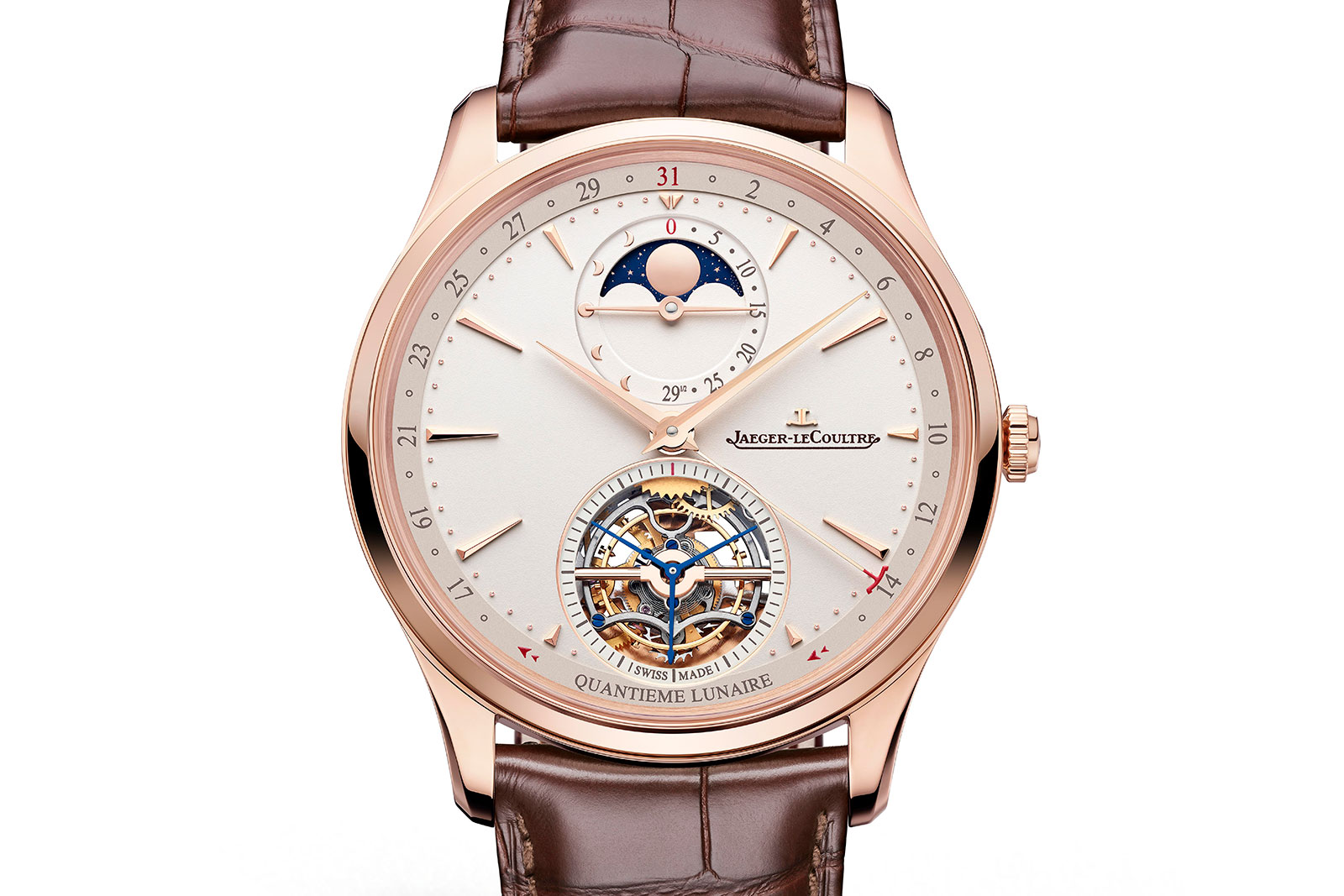 The case is in Le Grand rose gold, an alloy Jaeger-LeCoultre debuted earlier in 2020 with the new Master Control line.

Though proprietary to Jaeger-LeCoultre, Le Grand is much like Rolex’s Everose and Omega’s Sedna, Le Grand rose gold. It’s an 18k gold alloy that has a greater resistance to fading than ordinary pink gold – a phenomenon caused by chloride in water and the air – allowing it to retain its colour over time.

Availability: At Jaeger-LeCoultre boutiques and retailers
Price: US$88,500; or 130,000 Singapore dollars