Following the SIHH 2019 launch of the Master Grande Tradition Gyrotourbillon Westminster Perpétuel – one of the most complex watches ever produced by Jaeger-LeCoultre (JLC) – the brand is continuing with the ultra-complication theme.

The latest from Le Sentier is the Master Grande Tradition Répétition Minutes Perpétuelle, combining a perpetual calendar and minute repeater with a novel construction . 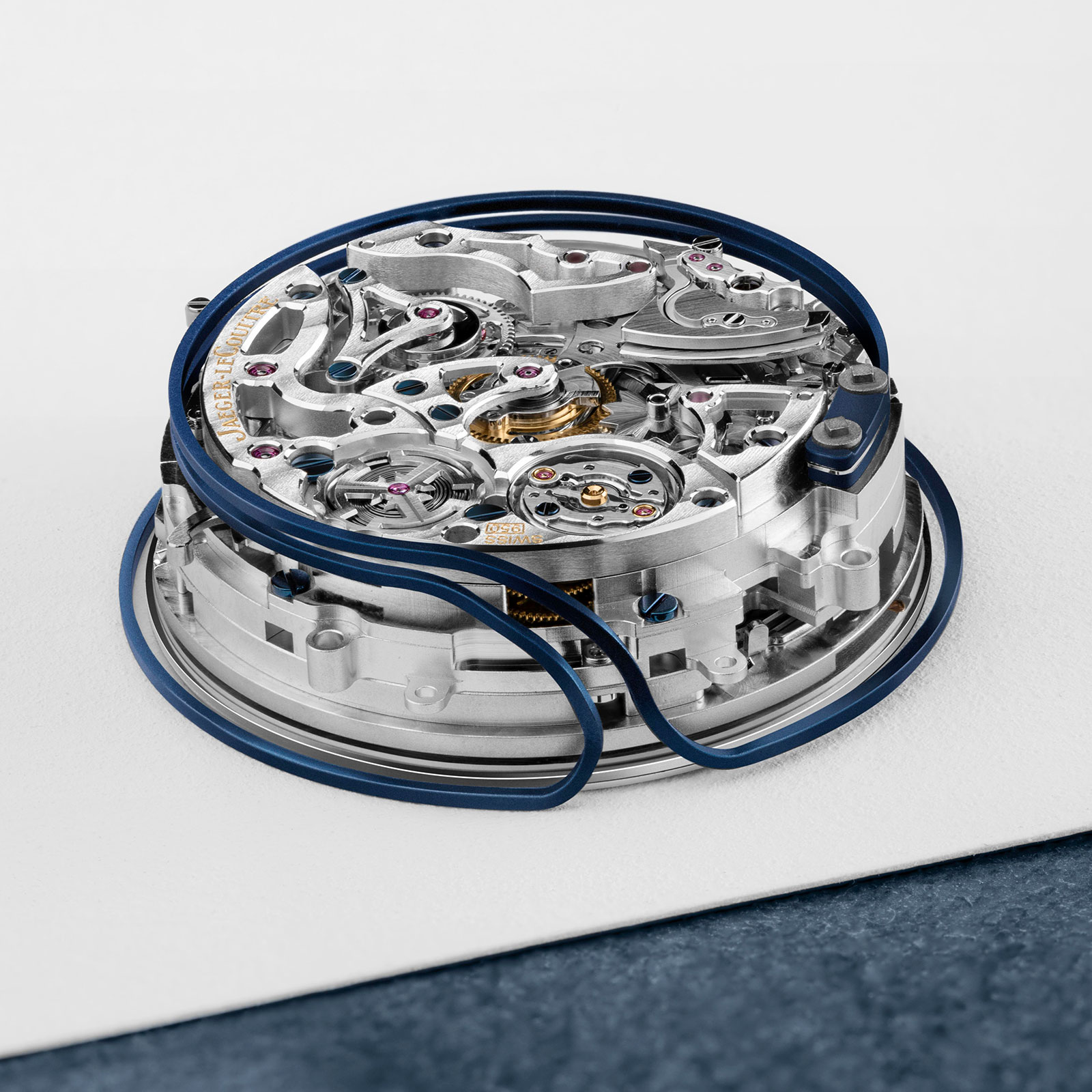 Available with either a blue flinqué enamel dial or plainer silver grained dial, the watch has an 18k white gold case that measures 43mm wide and a surprisingly slim 13.72mm high.

Unlike earlier generations of JLC complications that had simply designed cases, the new Master Grande Tradition case is notably detailed. It is made up of 80 hand-finished components, including separate lugs.

The case surfaces are finished with a mix of contrasting treatments – polished tops; recessed, sandblasted flanks; and a polished convex bezel.

Additionally, it has a small safety indicator near the centre of the dial to warn against adjusting the calendar during its changeover between 8pm and 12pm, so as to avoid damage to the movement. 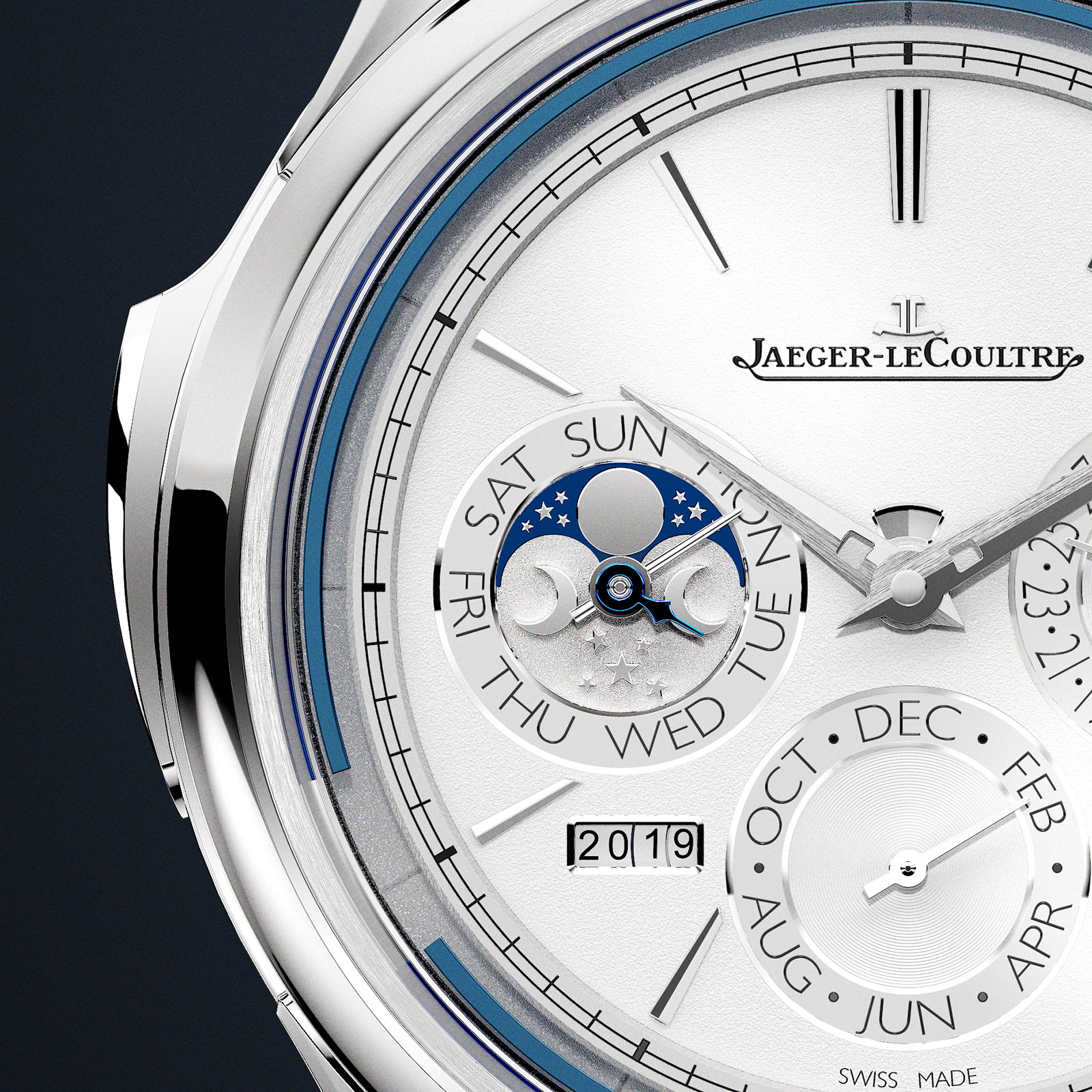 While the Gyrotourbillon Westminster Perpétuel was a repackaging of existing complications, the Répétition Minutes Perpétuelle brings something new to the table in mechanical terms.

The self-winding cal. 950 features a novel gong construction that elongates the gong and loops it around the entire height of the case to produce greater resonance.

In a conventional minute repeater, a pair of gongs sit flat and circle the movement once in opposite directions.

However, in the new Répétition Minutes Perpétuelle, a pair of blued steel gongs are welded together at their base, and attached to the base plate with two screws. From there, the gongs encircle the calibre in the same direction, but not just around the circumference of the movement, but also its height.

Almost completing the entire perimeter of the movement on the back, the gongs then rise upwards towards the crystal before diverging in opposite directions around the dial. This configuration allows for a louder, deeper, and richer sound. And the unidirectional construction at the base, in theory, gives it a more sonorous bass note.

The minute repeater mechanism also incorporates the brand’s patented “trebuchet” hammers that were first introduced in 2005. In essence, the hammers have two pivots, just like the ancient catapult, to increase their leverage and enhance striking power, which in turn allows for a smaller striking barrel, without compromising on power reserve.

Hence, the entire the striking mechanism is visible on the back of the watch and can be seen in action when the repeater is activated via a slide mounted on the left side of the case.

Each is limited to 30 pieces.