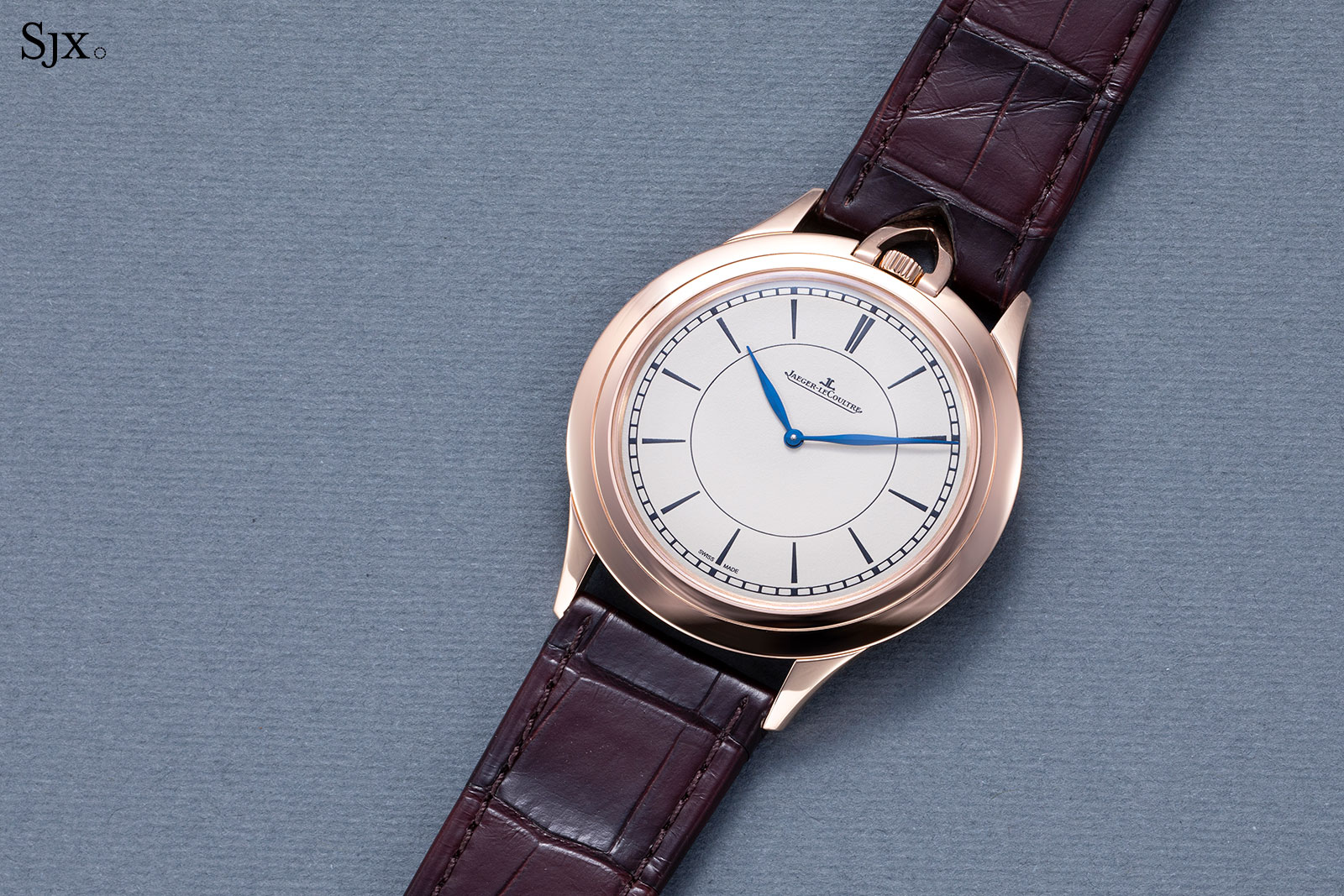 Conceived specifically for The King’s Man film, the Jaeger-LeCoultre Master Ultra Thin Kingsman Knife Watch is modelled on a 1907 pocket watch and entirely fitting for a film about a fictional spy agency located in a Savile Row tailor’s shop. The watch was launched to coincide with the scheduled premiere of the third instalment in the Kingsman franchise, but the movie was postponed to early 2021, though the watch was not.

The Kingsman Knife Watch caught my attention the JLC announced it not too long ago; it was obviously a classically-styled watch but with enough of a twist to make it interesting. The Kingsman tie up was a point to note, but not particularly compelling. Despite its qualities, the watch was expensive.

Examining it in the metal confirms my initial reaction. Despite being simple, the Knife Watch is quirky and compelling. It also sits relatively well on the wrist, despite extreme flatness and the faux bow at 12 o’clock. 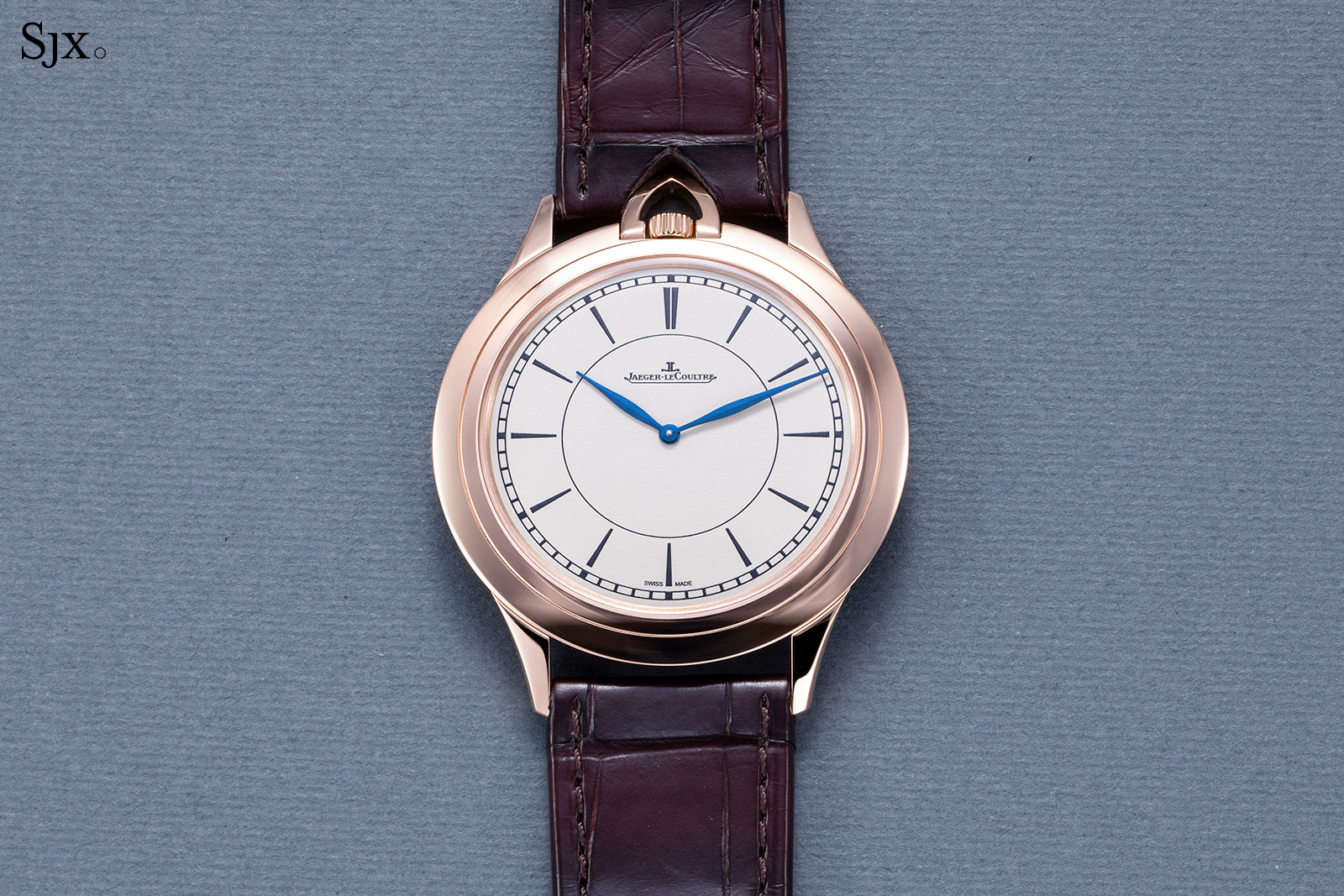 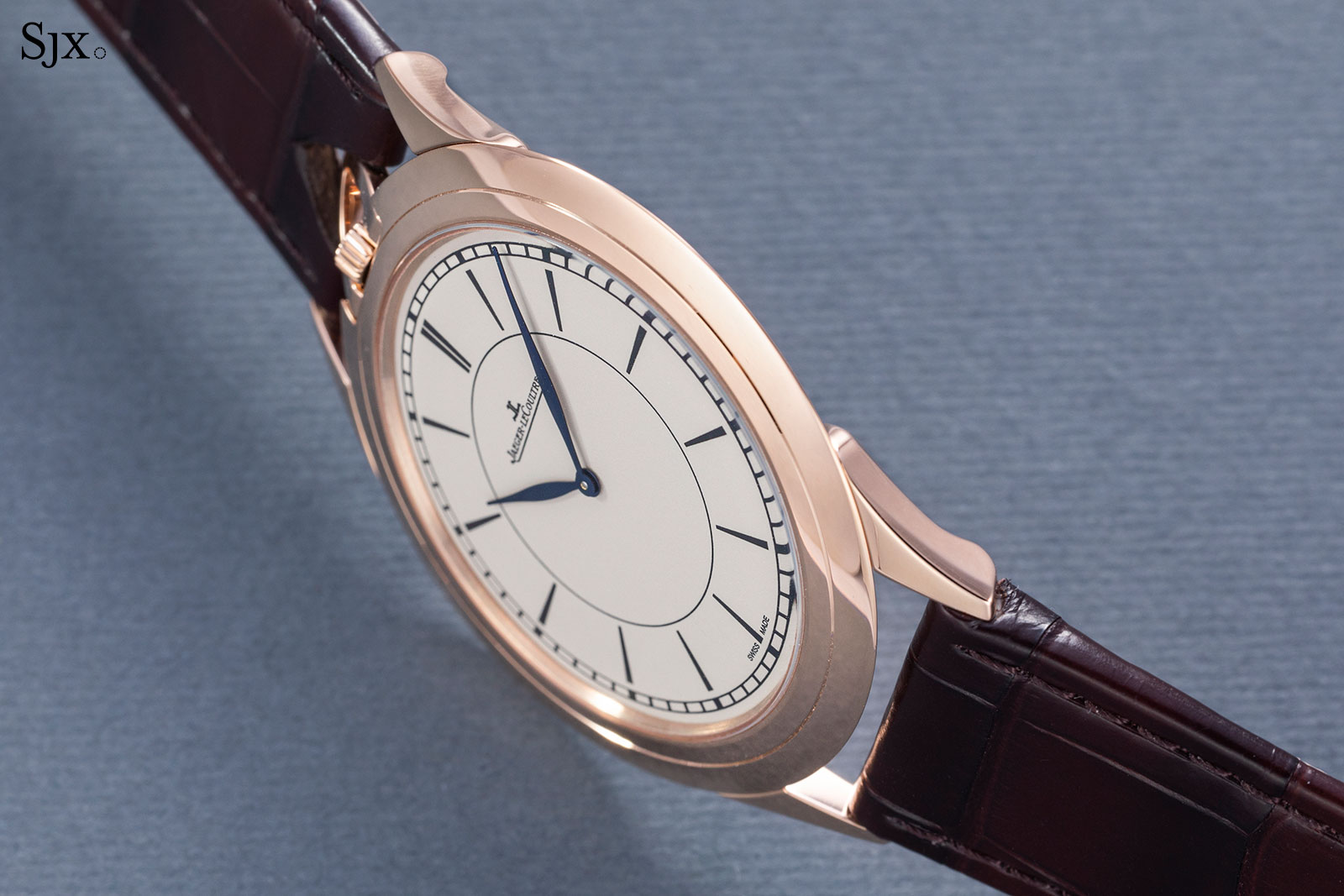 But the execution of the dial falls short – the printing isn’t neatly done and also feels too flat. Even with the constraints of a ultra-thin watch, it should be better, especially given the price. 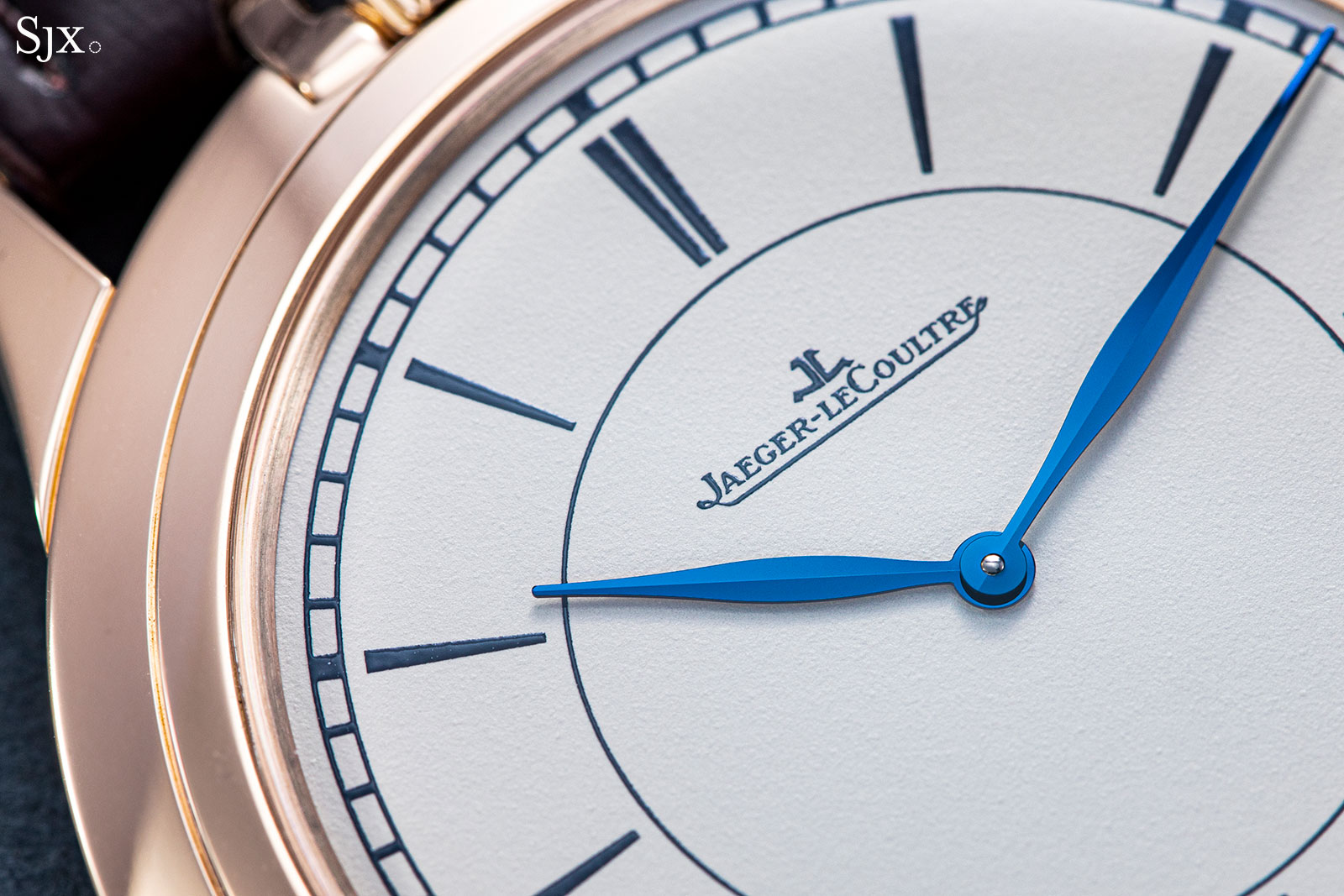 And the price is a big one. This costs double the currently-available Master Ultra Thin Small Seconds (which is automatic and an inexact comparison), and 55% more than the Master Ultra Thin 1907 that was discontinued in 2017. Even being a small run of 100 watches, the Knife Watch feels too expensive for what it is.

The case is only 40 mm wide, but because it is just 4.25 mm high – exceptionally thin – it feels larger than it is. Like all other largish-but-thin watches, the proportions are a little biscuit-like, but it cuts an elegant profile on the wrist.

The case shape is modelled on an early 1900s Jaeger-LeCoultre with a sharp, thin edge, hence the “couteau” nickname, which is French for “knife”. Such ultra-thin pocket watches are more often associated with Cartier, which had its watches produced by the European Watch & Clock Company (EWC), the jeweller’s joint venture with Edmond Jaeger. EWC relied on LeCoultre movements, and Jaeger then partnered with LeCoultre to established their eponymous firm. 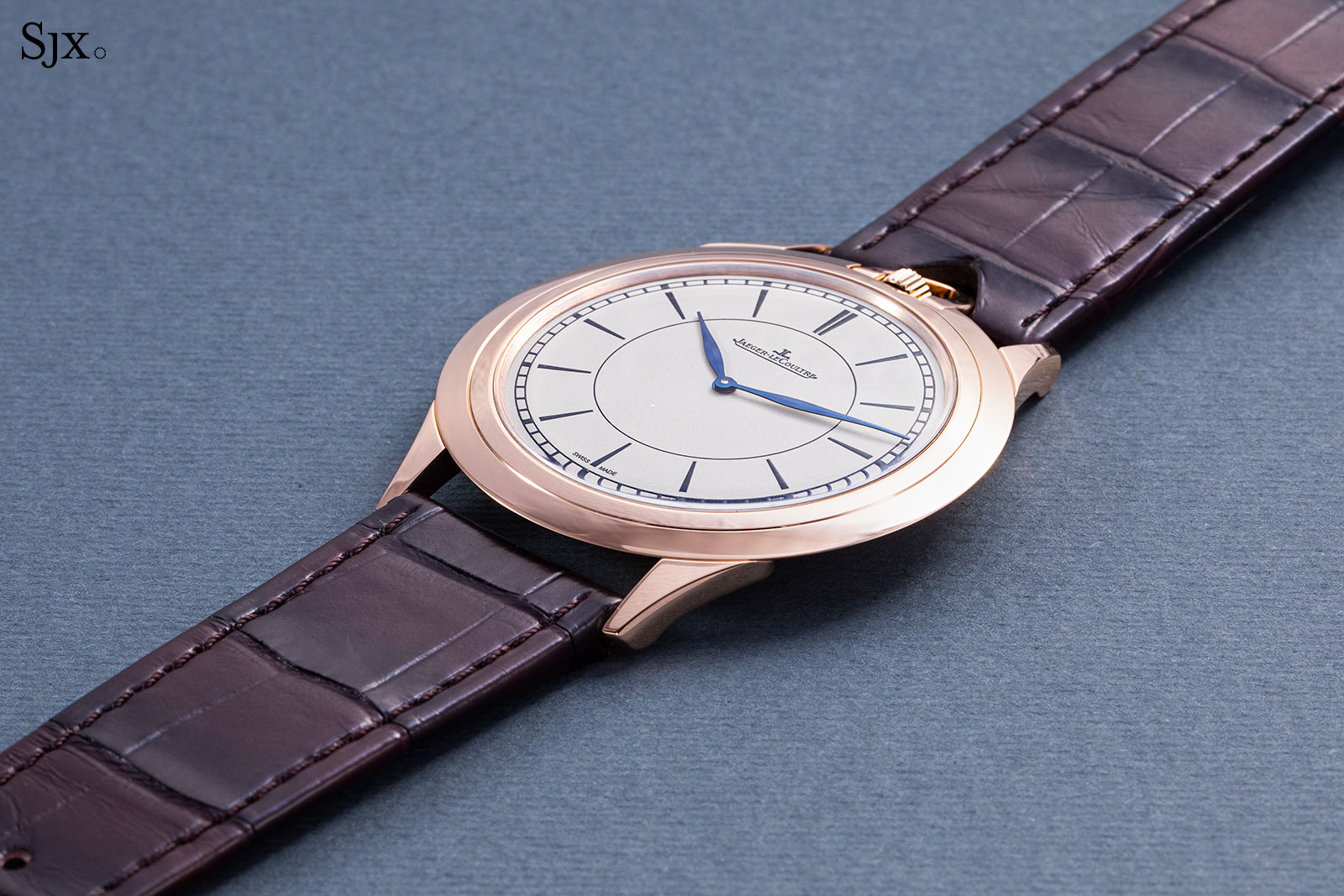 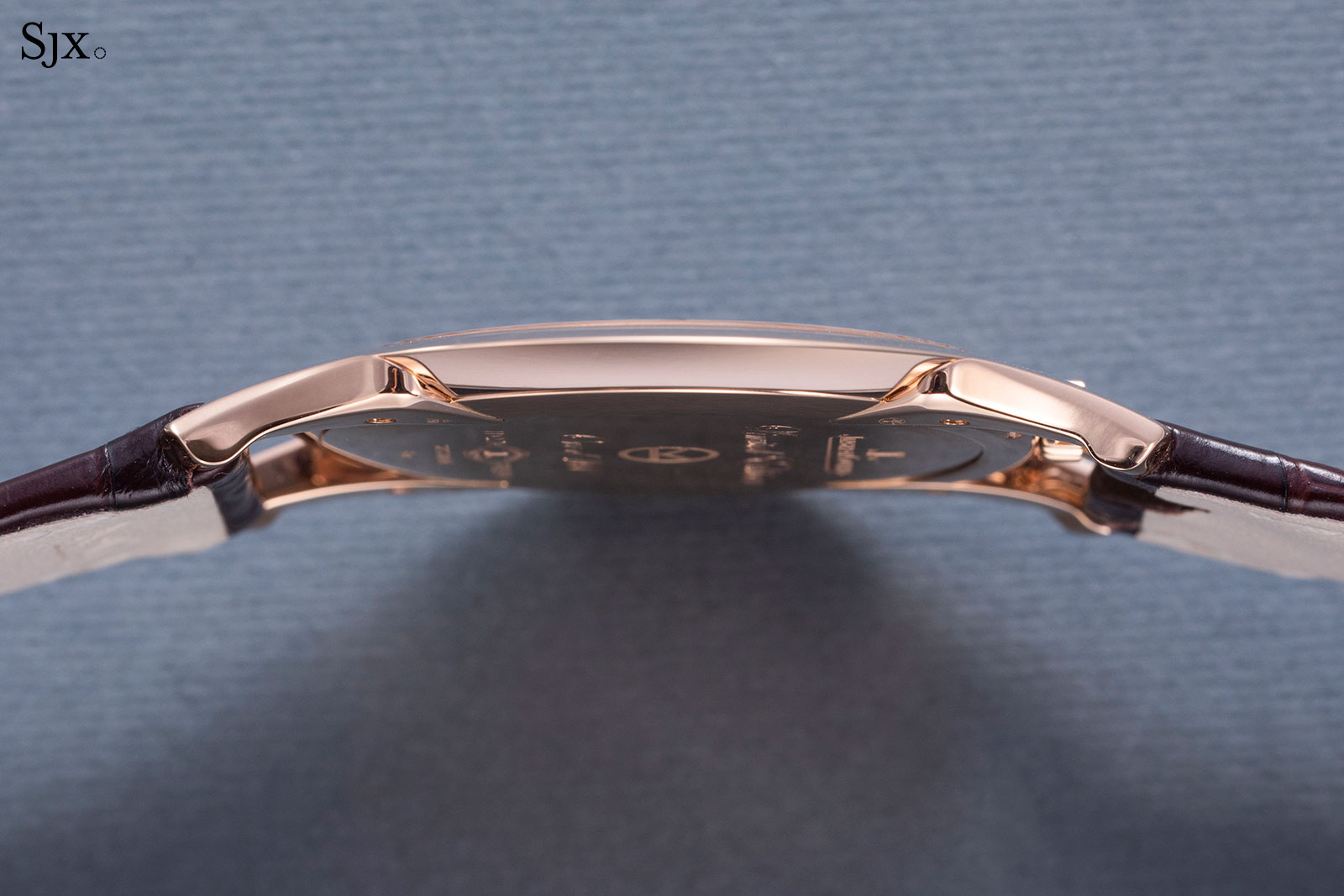 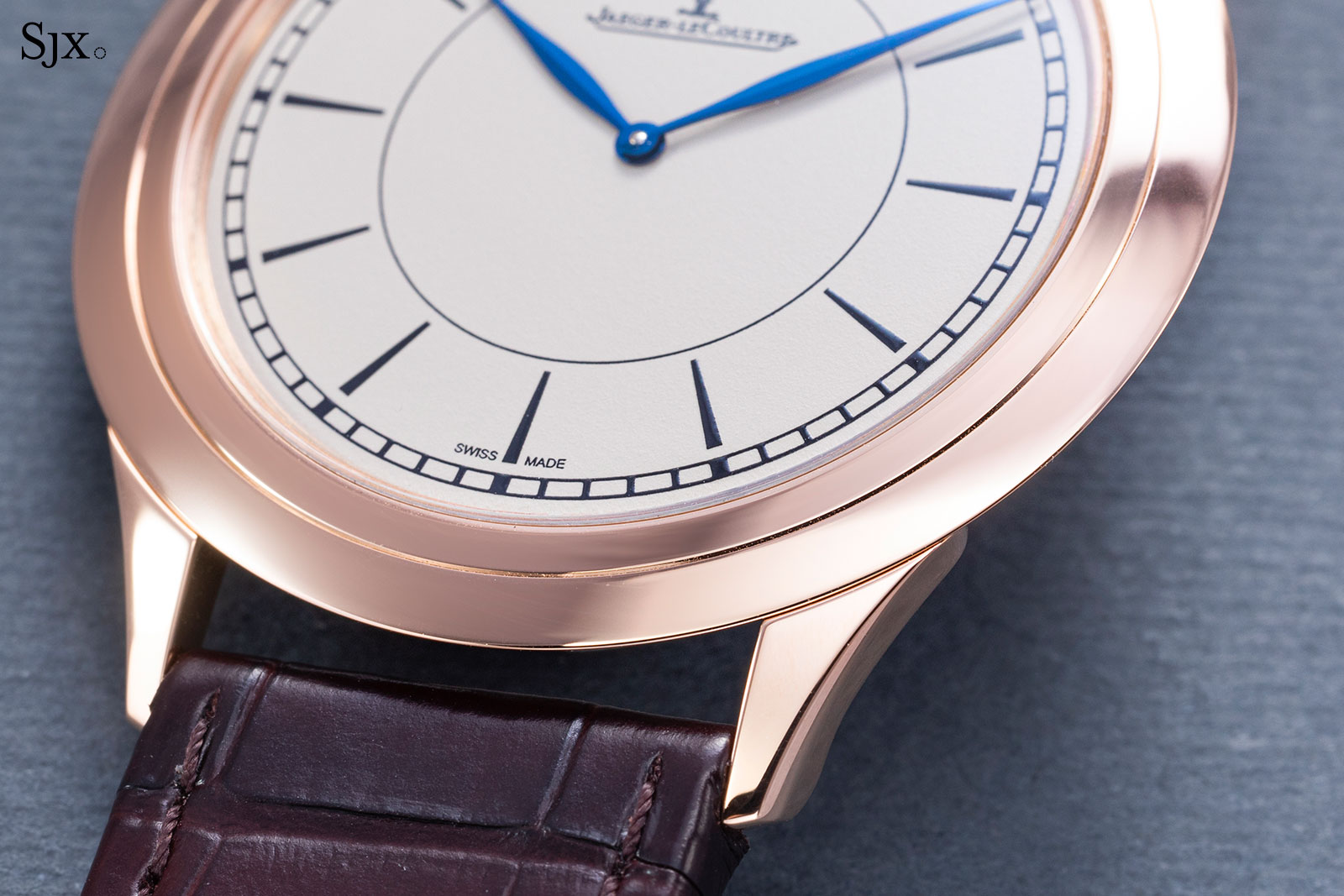 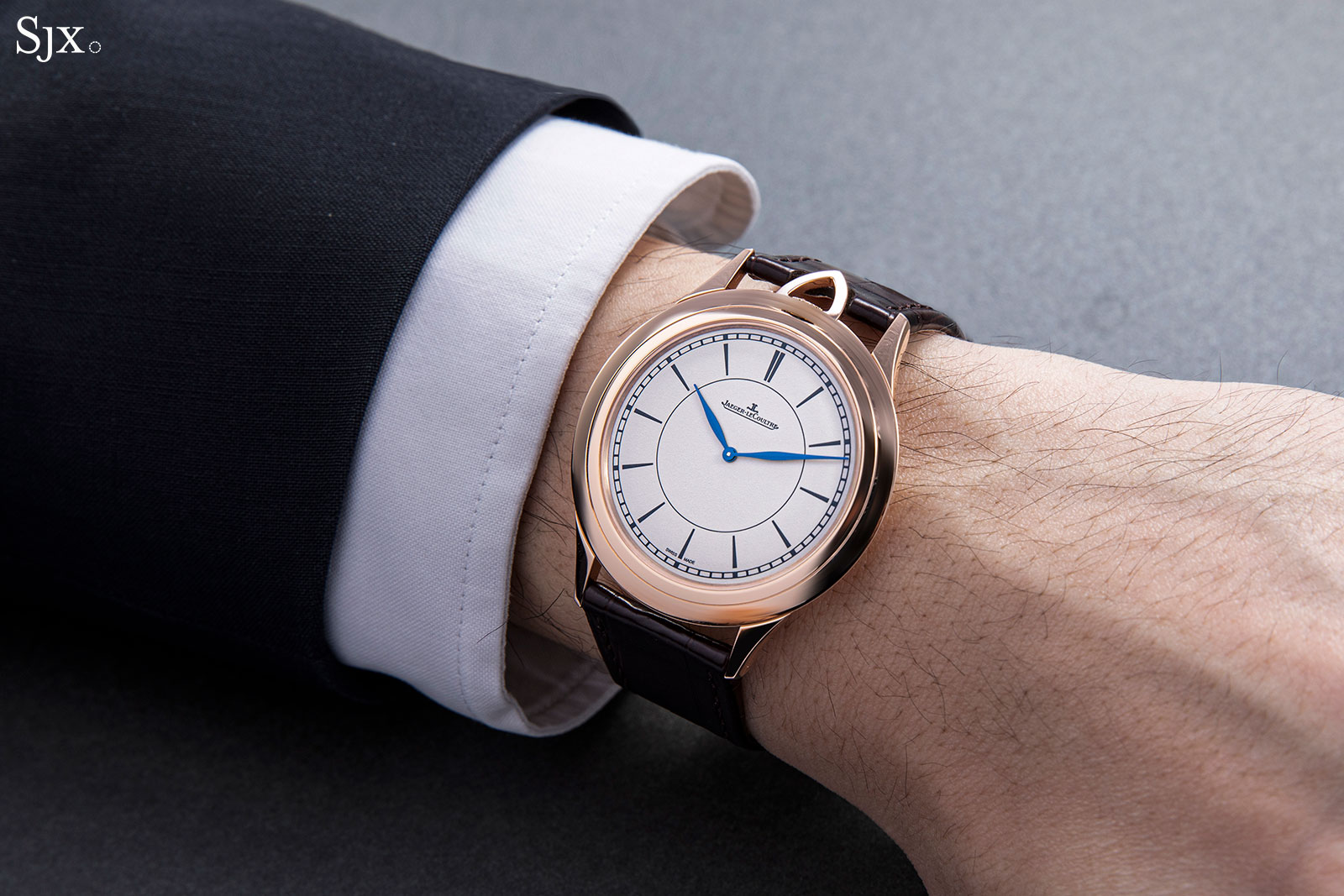 Although it’s a bit of an affectation to have the crown at 12 o’clock, the resulting look is symmetrical and pleasing. At first glance, the pointed bow might seem awkward, but because it’s constructed to tilt backwards towards the wrist, it sits more or less on the same plane as the lugs. 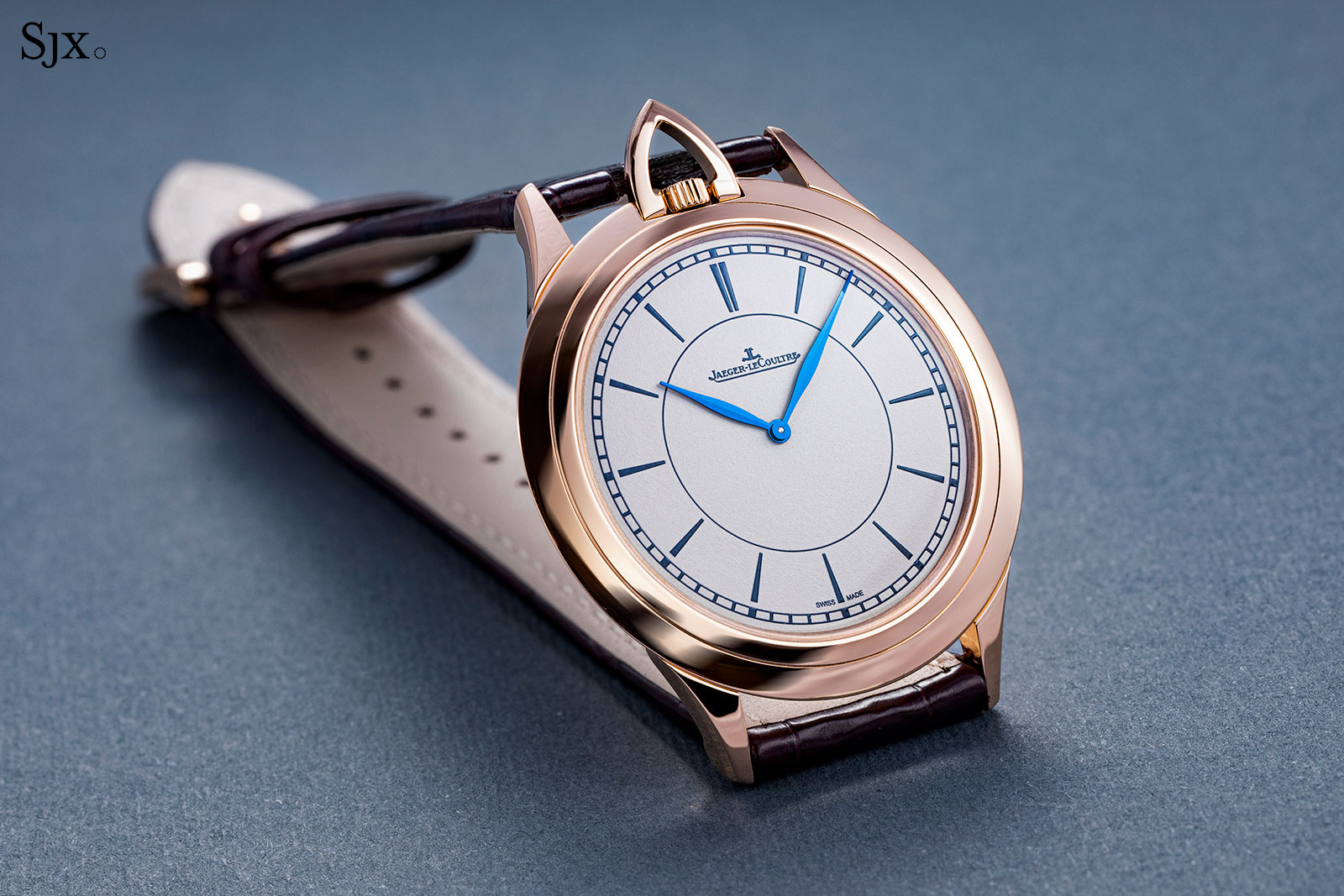 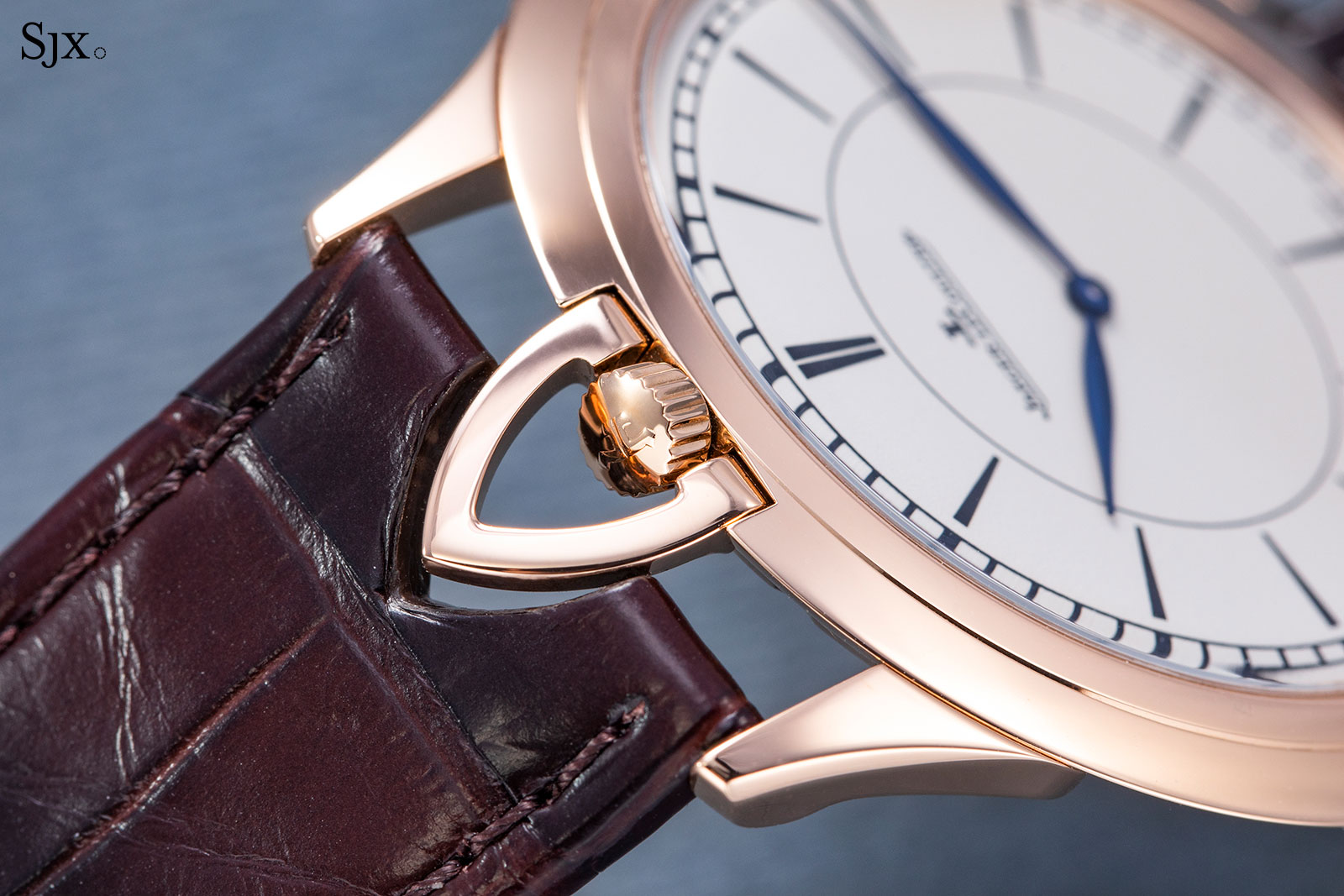 The extreme thinness of the case means there isn’t room for a fancy case construction, so the lugs are soldered to the case back, and then secured to the case middle with screws. It doesn’t look elegant, but no doubt does the job well. 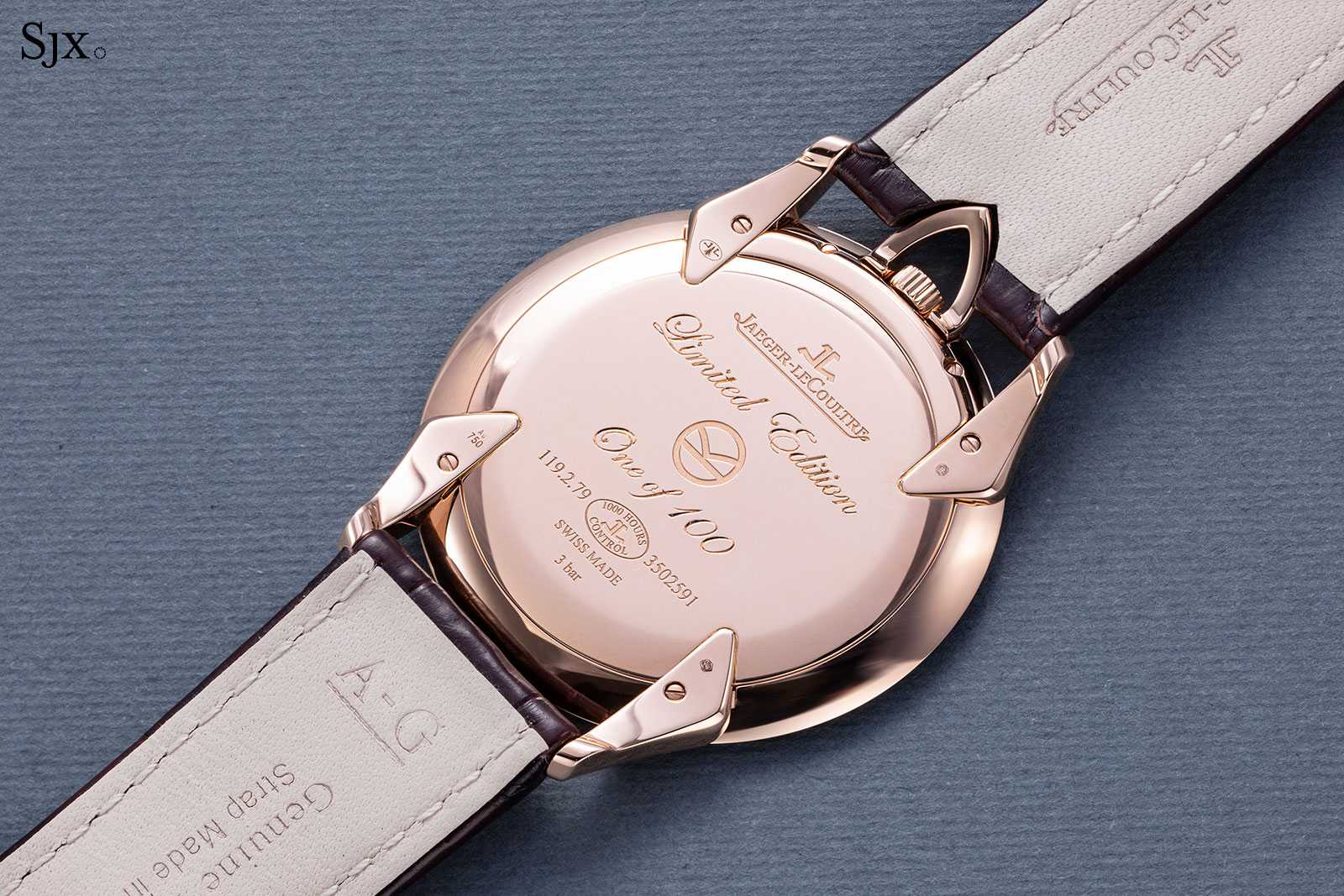 Under the back is the cal. 849, a compact movement that is several decades old, having been introduced in the 1970s. Absent from the catalogue after the last hand-wound Master Ultra Thin was discontinued, the cal. 849 is back, which is a good thing. It’s an solid movement that is both thin and reliable, with its longevity attributable to its excellent engineering.

But the cal. 849 is also an old movement, so it has a short power reserve of just 36 hours. And given how much movement technology has advanced – and considering JLC’s historical strength in slim movements – a watch that costs as much as this should have a more sophisticated movement. 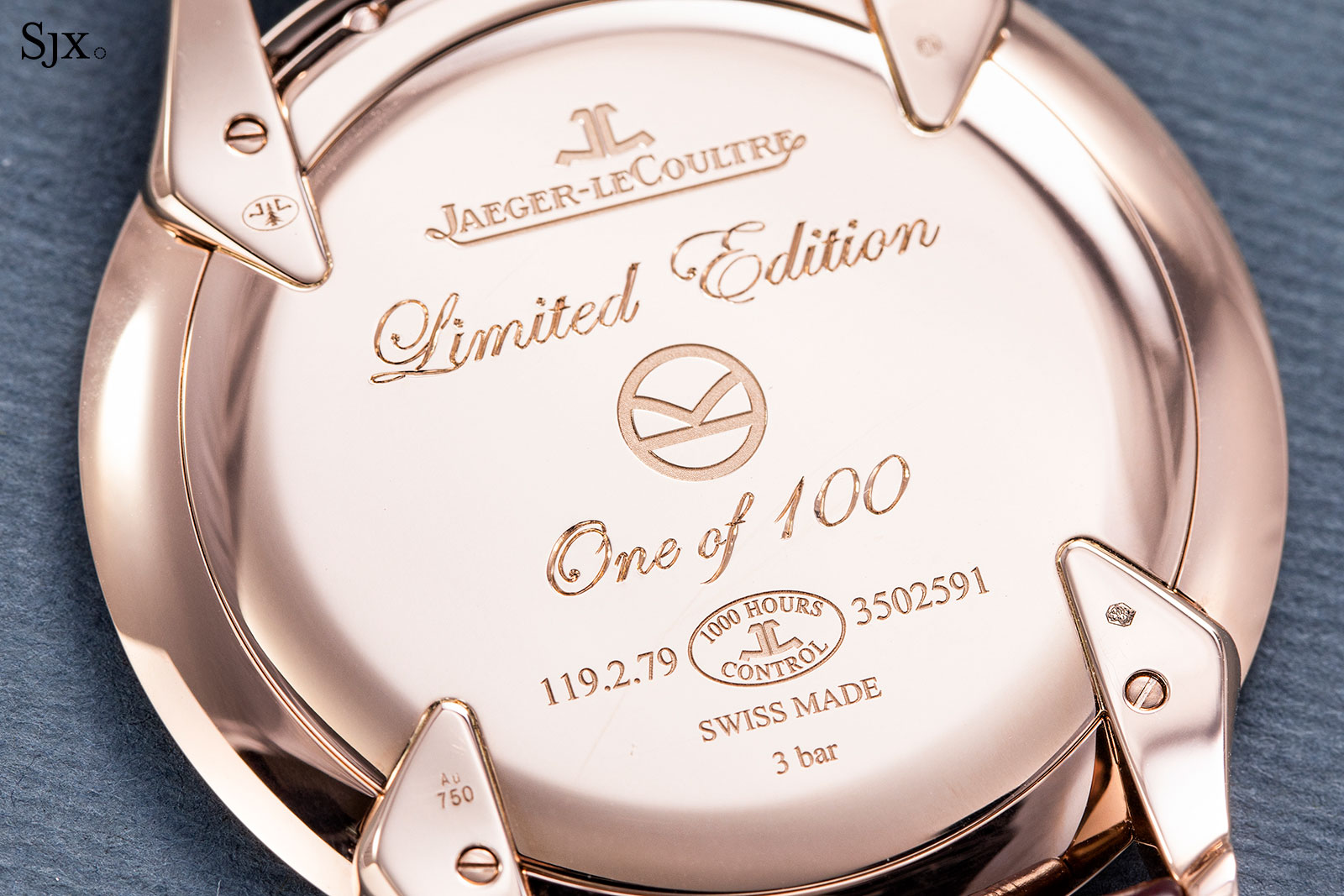 The only real shortcoming of the watch is the dial – though it has to be pointed out that none of this is visible at arm’s length.

The clean design suits the style of the case well, but the print is fuzzy around the edges. And printing aside, the dial could have been done in another way, with adhesive-backed appliqués for instance, which would have given it a bit more texture. 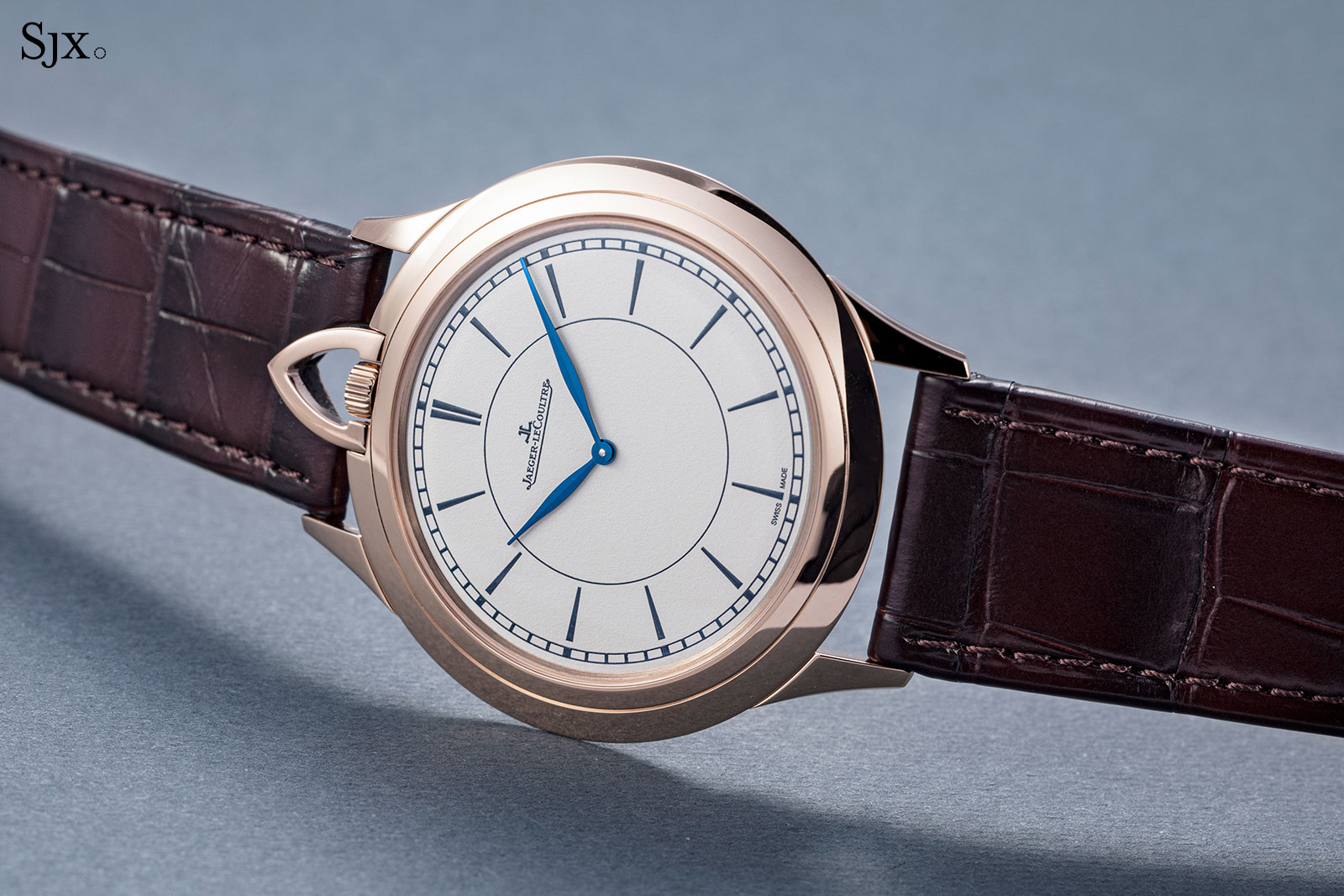 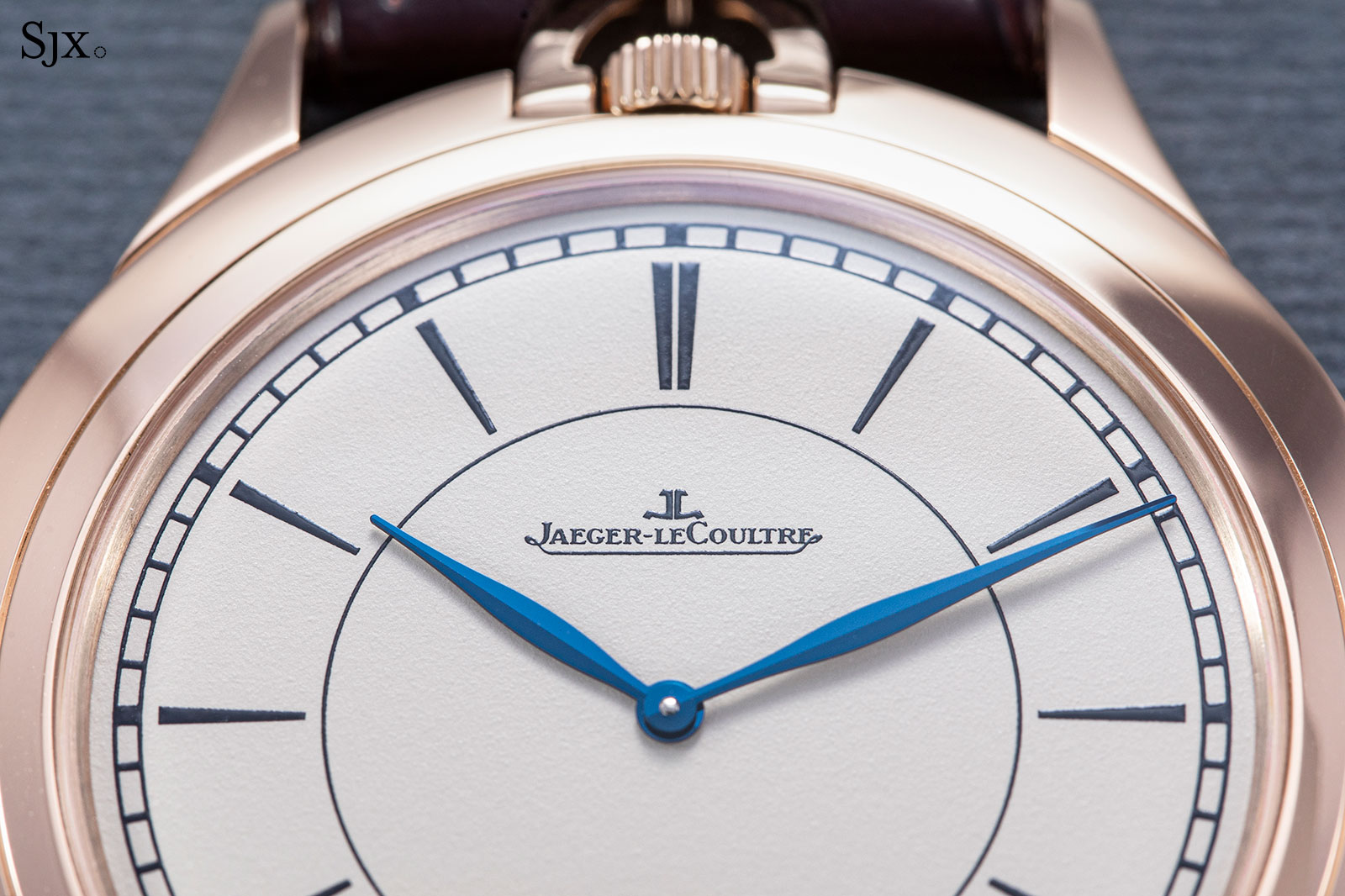 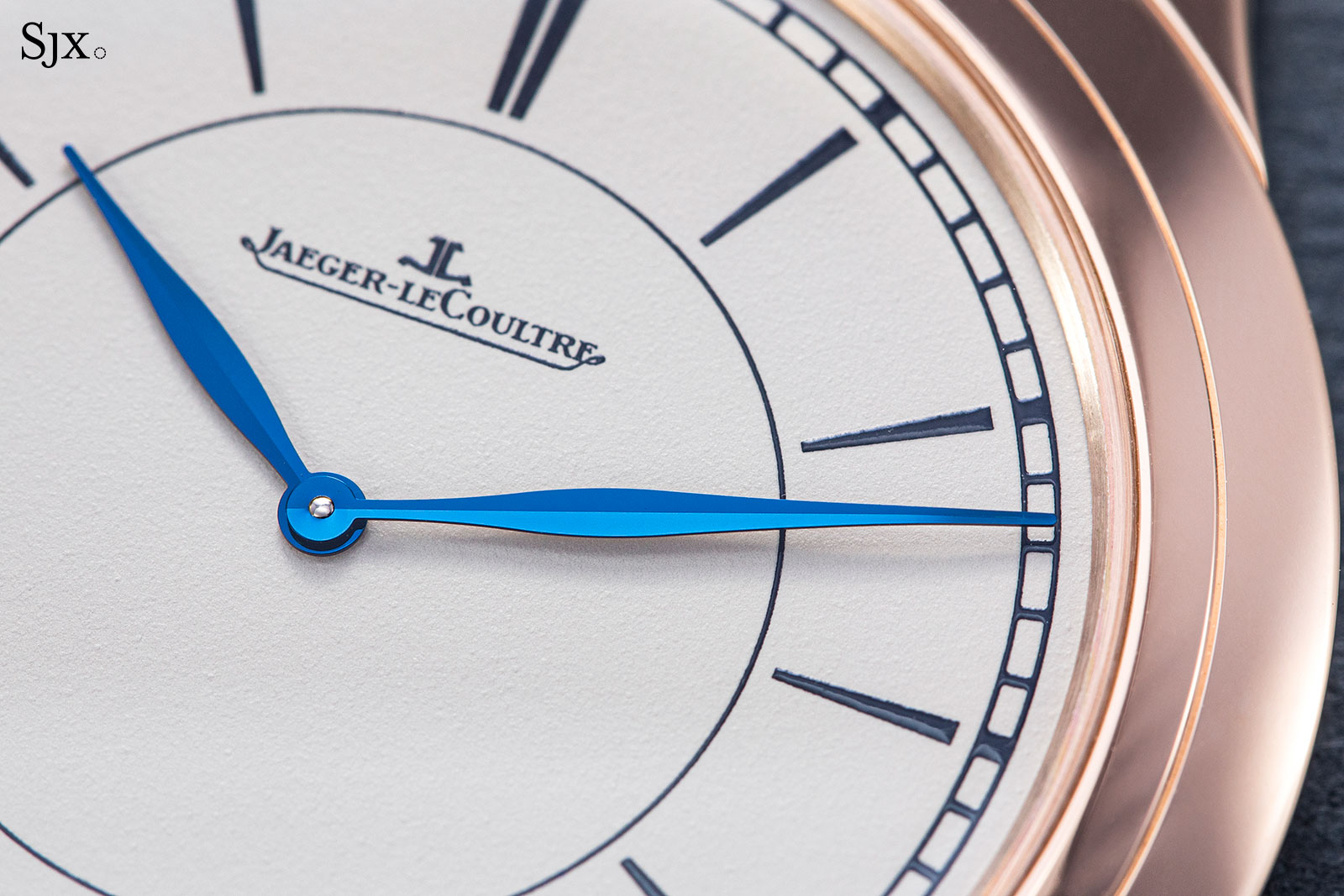 Summing up the Kingsman Knife Watch is easy – it’s a good-looking timepiece that sits well on the wrist, but the dial doesn’t pass muster up close. The movement is excellent, albeit dated. But above all, it is expensive. 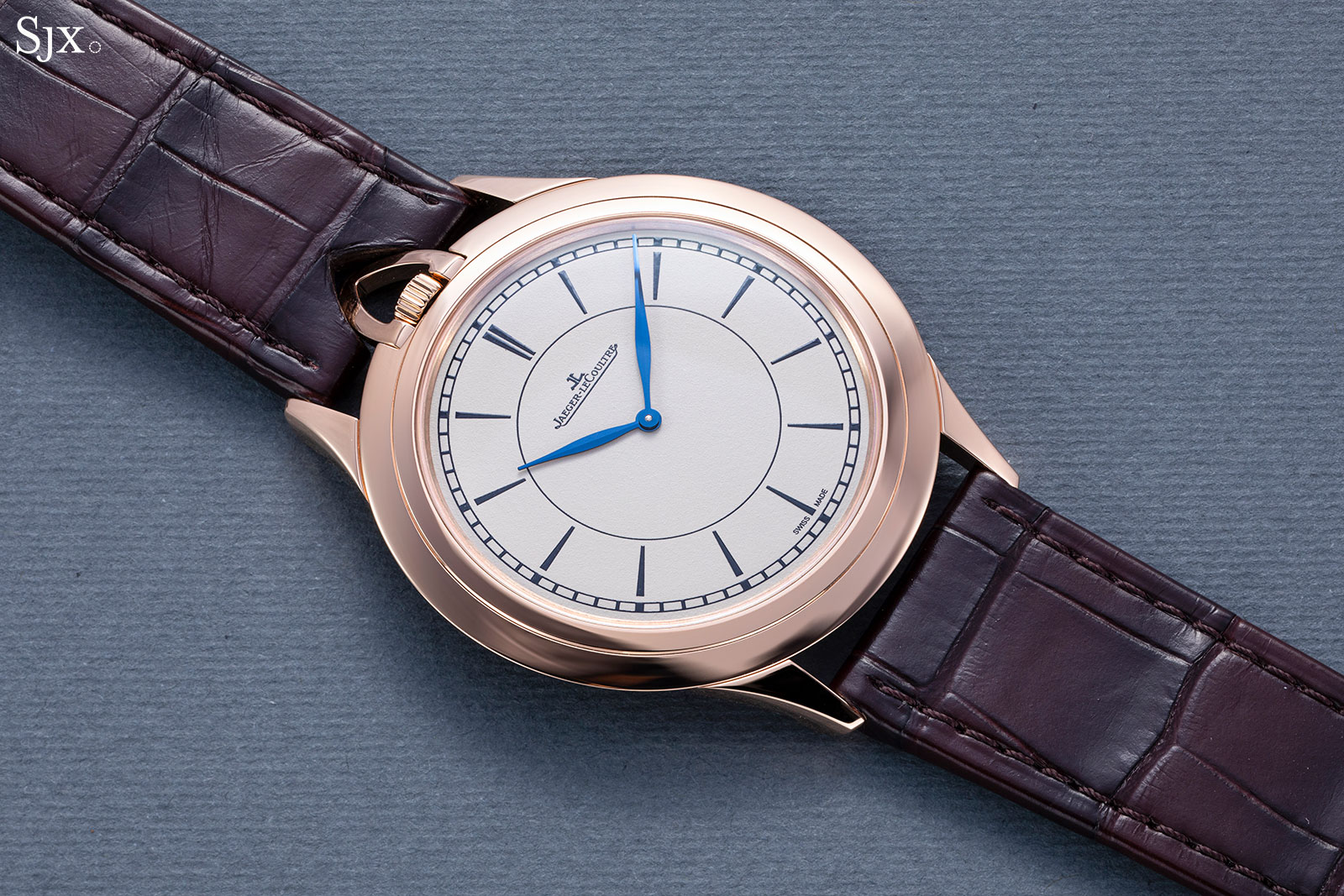 Limited edition: 100 watches
Availability: Only at Jaeger-LeCoultre’s e-commerce store and boutiques
Price: US$29,800; or 44,200 Singapore dollars