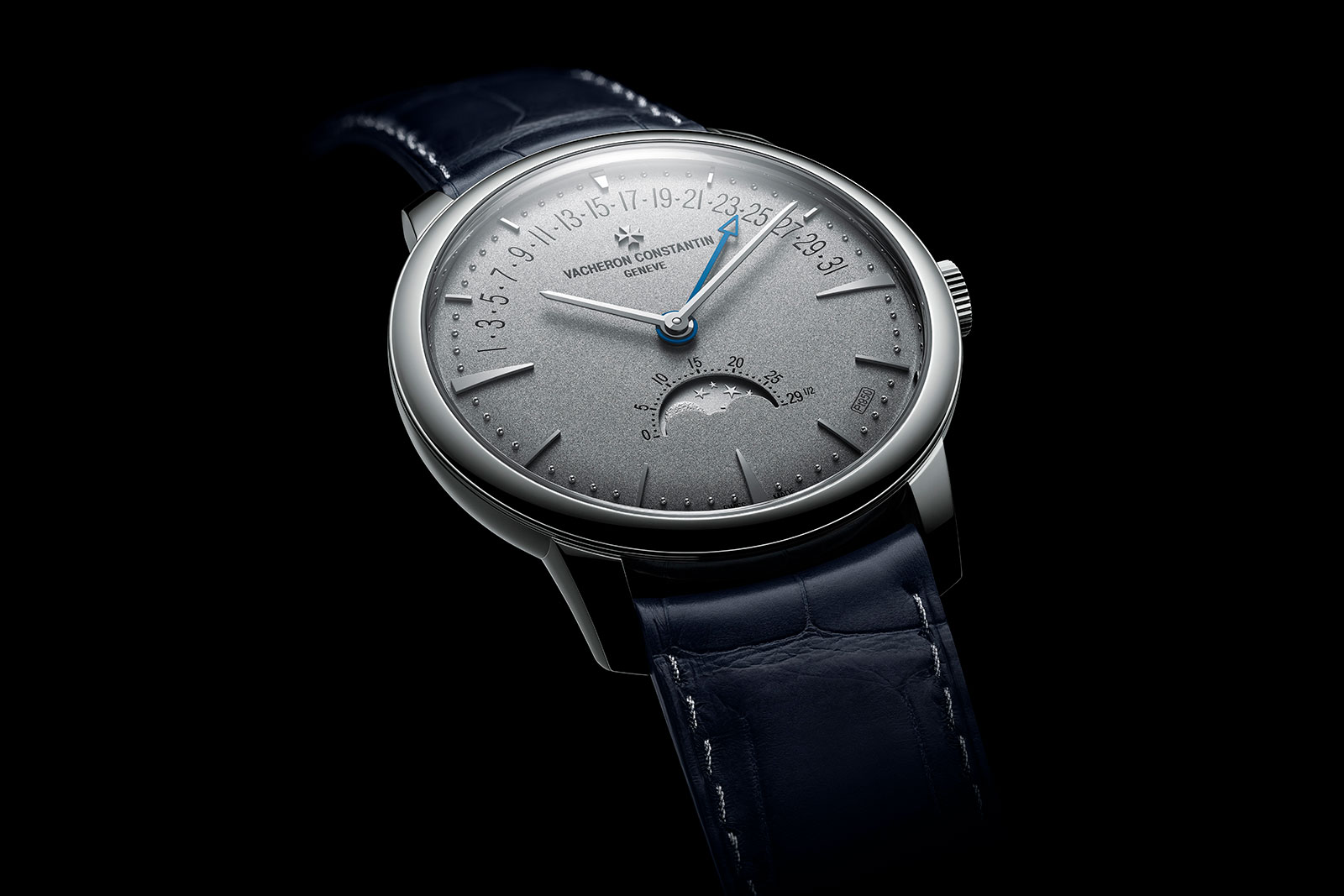 Launched in 2006, Collection Excellence Platine (CEP) means a watch from the standard collection that’s been dosed with platinum to create a limited edition. Vacheron Constantin applies the CEP treatment to a model every one or two years, which means even after 14 years, there’s only been a dozen or so CEP editions.

The Patrimony Moon Phase Retrograde Date Collection Excellence Platine is the latest to join the exclusive club. As is tradition, platinum is employed for nearly every element of the watch: the case, crown, dial, buckle, and the tiny moon phase disc. Even the stitching in the blue alligator strap is made of thread woven from silk and platinum wire. 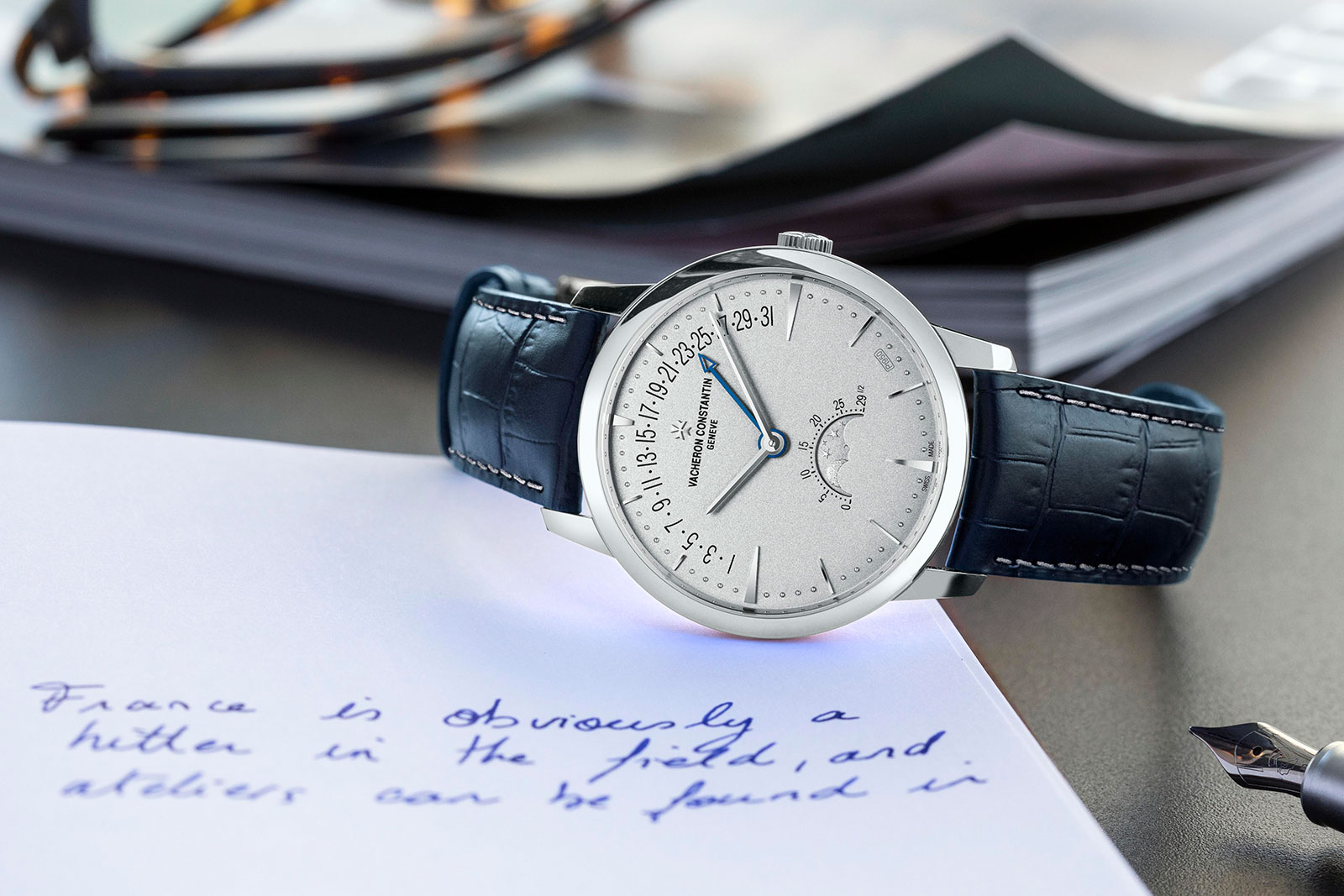 Ironically, although the CEP edition is the most expensive version of the Patrimony Moon Phase Retrograde Date – ordinarily available only with a gold case – it is the most restrained. The new watch has a strongly monochromatic yet harmonious appearance. That, combined with the liberal use of platinum, make it the most contemporary of the variants, while retaining the same traditional and endearing design. 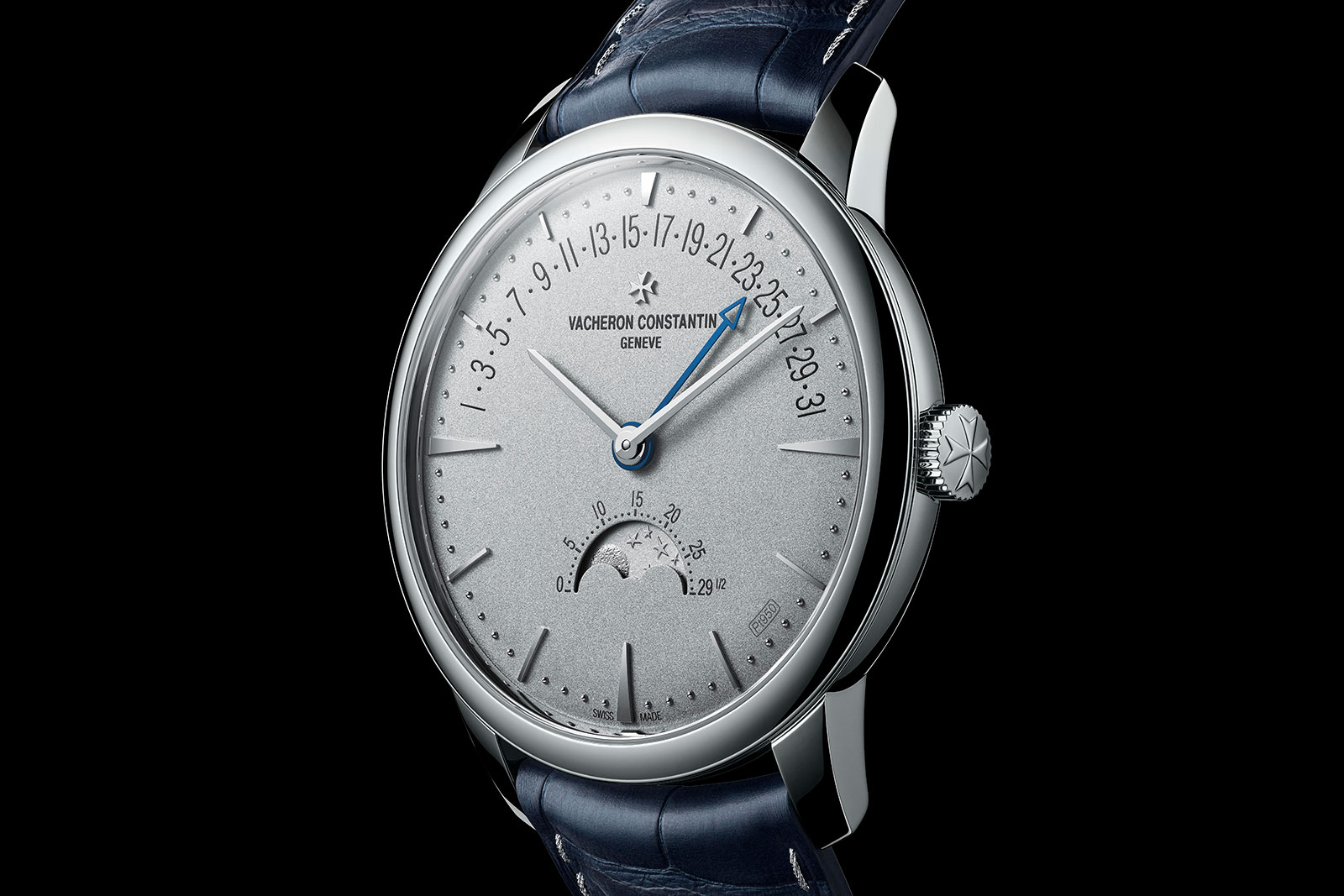 In the typical style of CEP, the watch is simple in style and colour, but has details that make it interesting. Even though almost all the external components of the watch are made of the same material, different surface treatments create texture and depth, giving it visual appeal.

For example, the smooth, sandblasted surface of the dial and the more granular moon phase disc bearing a moon with an irregular surface to evoke lunar craters. The dial is slightly domed and ornamented with applied, white-gold markers for the hours and minutes. All the elements add up to a three-dimensional aesthetic that is more pronounced than on the time-only CEP watches. The case is 42.5 mm and identical to that found on the standard model. It’s wide but thin, which makes for an elegant profile, though some might find it large for a timepiece that leans towards being a dress watch.

The same holds for the movement, which is the self-winding cal. 2460 R31L with a power reserve of 40 hours. The “R31L” suffix indicates the complications added to the cal. 2460 base movement, namely a retrograde date, and a moon phase display accurate to a day in 122 years, which is the industry norm. 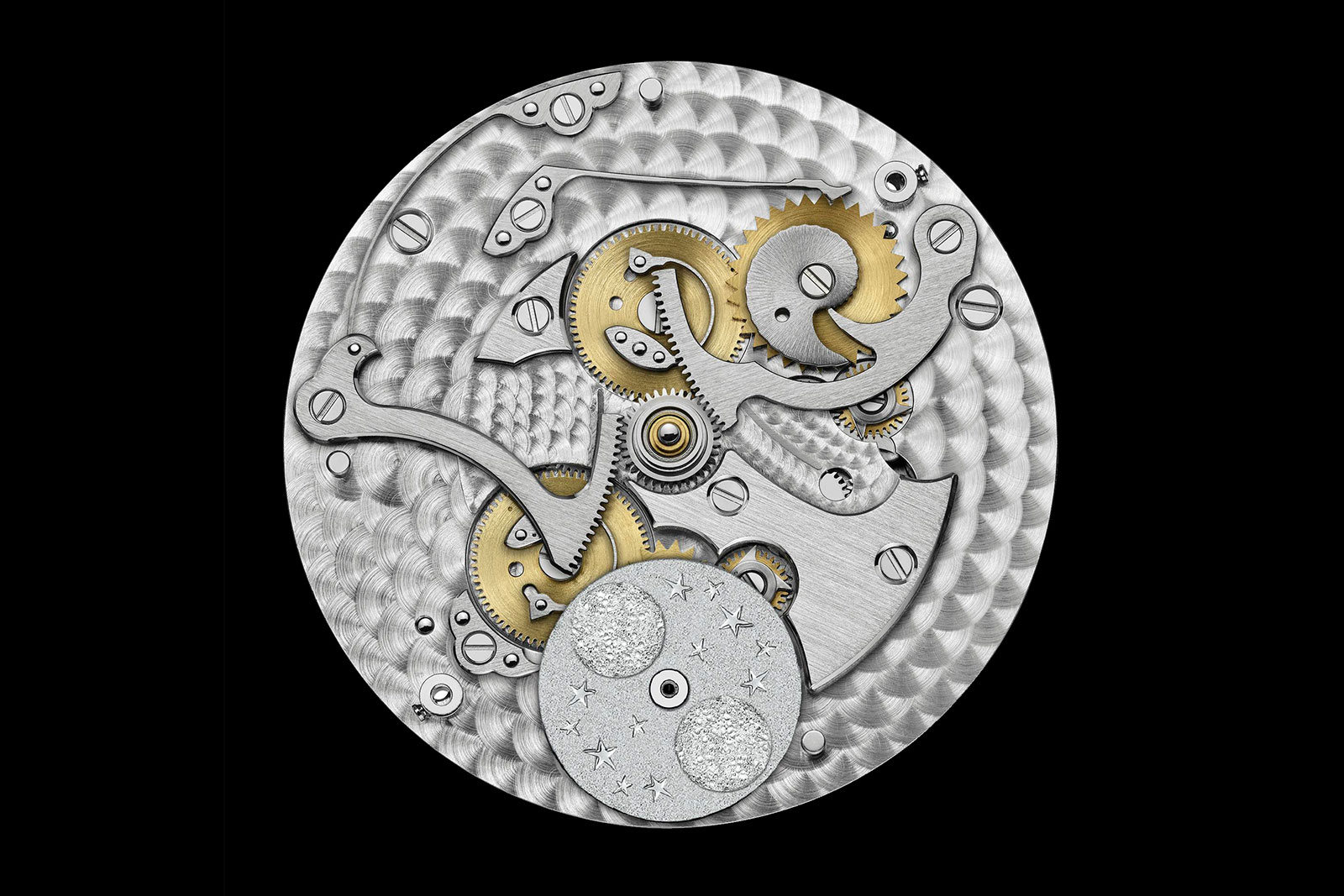 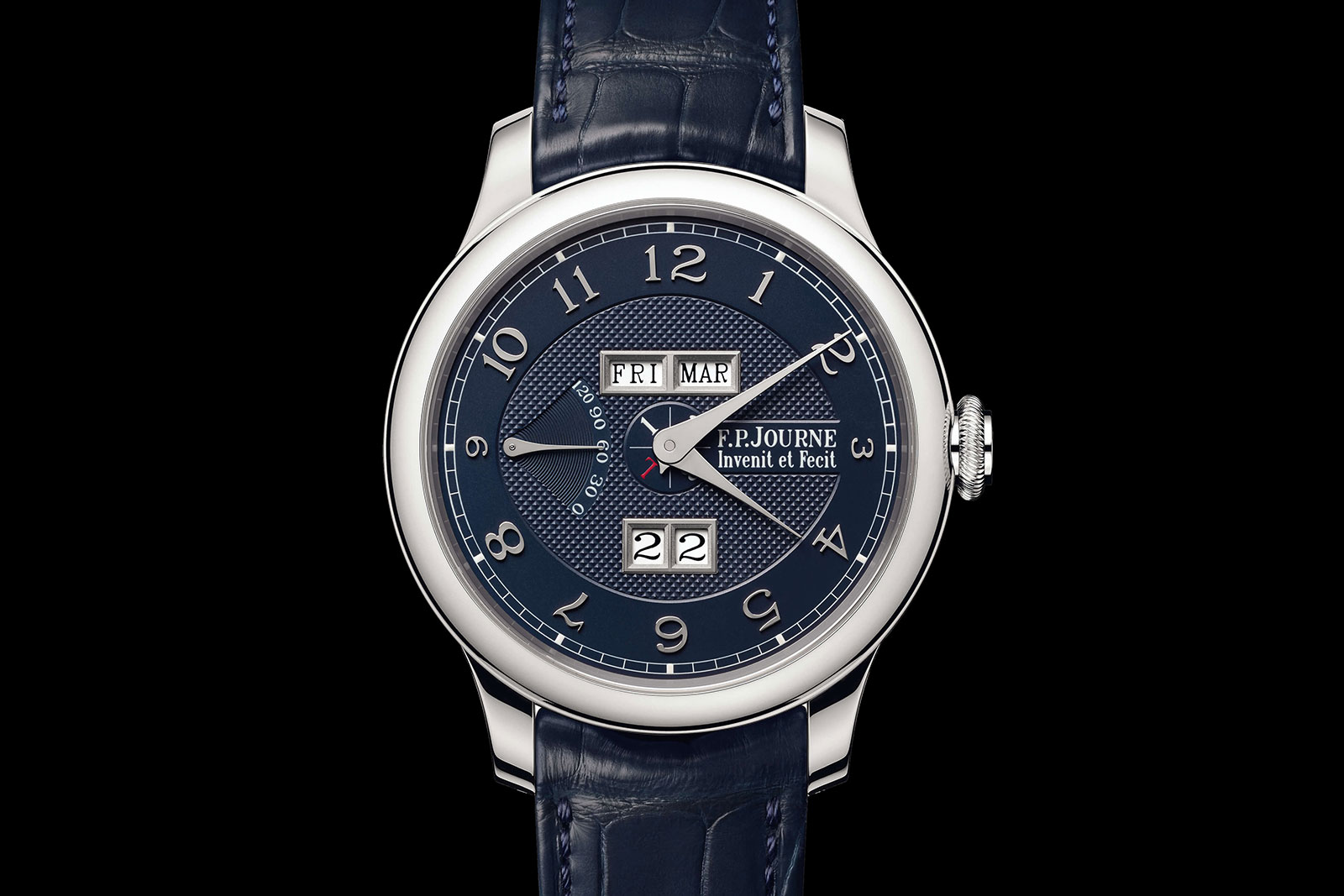 Introduced in 2013, the original Quantième Perpétuel was a concise perpetual calendar with useful features, as well as a peculiar, egg-shaped steel ring around the centre of the dial. Now the design has been refined – but all functionality retained – to create the new F.P. Journe Quantième Perpétuel with gold numerals. And though this was officially announced only recently, the watch has already been available at boutiques for several months.

Compared to the earlier F.P. Journe calendar watches, the Quantième Perpétuel was a big improvement with its highly legible display and improved user friendliness. But the first generation dial was odd because of the steel ring around the centre.

That’s been changed with the new model, and the improvement is substantial. The new dial appeals because it doesn’t try too hard to be different. Instead, it differentiates itself in more subtle ways.

And the boutique-only blue-dial version is unusual, which is a plus if you’re looking for something different. F.P. Journe has rarely used matte, dark blue dials on standard-production watches; historically only limited editions and custom watches had such dials. 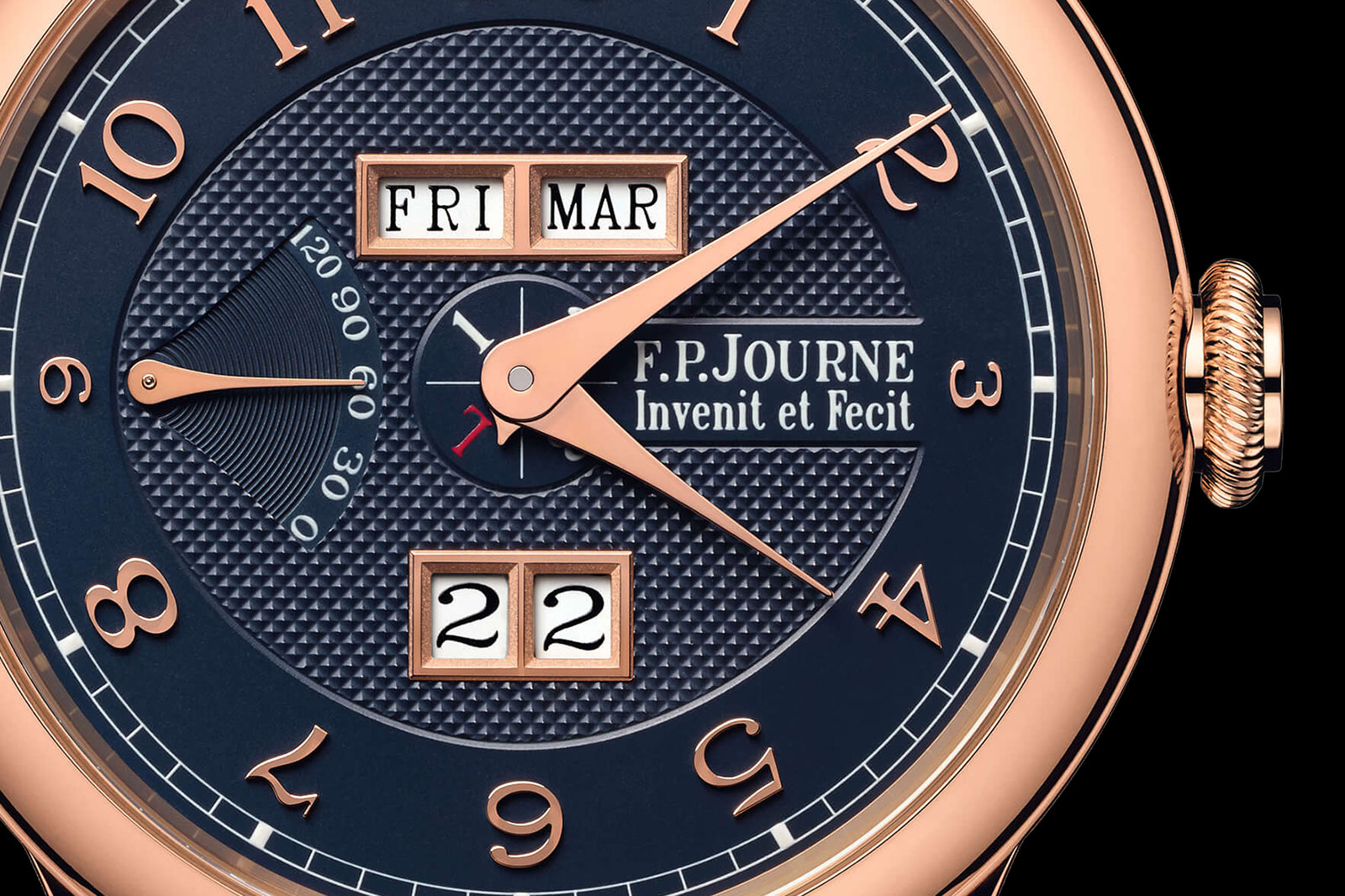 Borrowing the clous de Paris engine-turned centre from the Chronometre Souverain, the dial is made of solid silver, while the applied numerals and calendar window frames are solid gold. The addition of gold frames for the calendar do make the positions of the windows more obvious, which throws off the vertical balance of the dial slightly, but not enough to make it unattractive.

Notably, the egg-shaped centre is still there – it’s the guilloche portion of the dial – but without the steel ring, the shape is no longer overt except in the different sizes of the numerals at the quarters. The silver-dial models are available at both boutiques and retailers

Dial aside, the rest of the watch is identical to the first generation. The case is available in 40 mm or 42 mm – the latter feels a little too large – and is an elegant 11 mm high.

The movement remains the same cal. 1300.3, an automatic with an instantaneous perpetual calendar. All of the calendar functions can be set forwards and backward via the crown, except for the month that is set via the lever hidden under the upper-right lug. 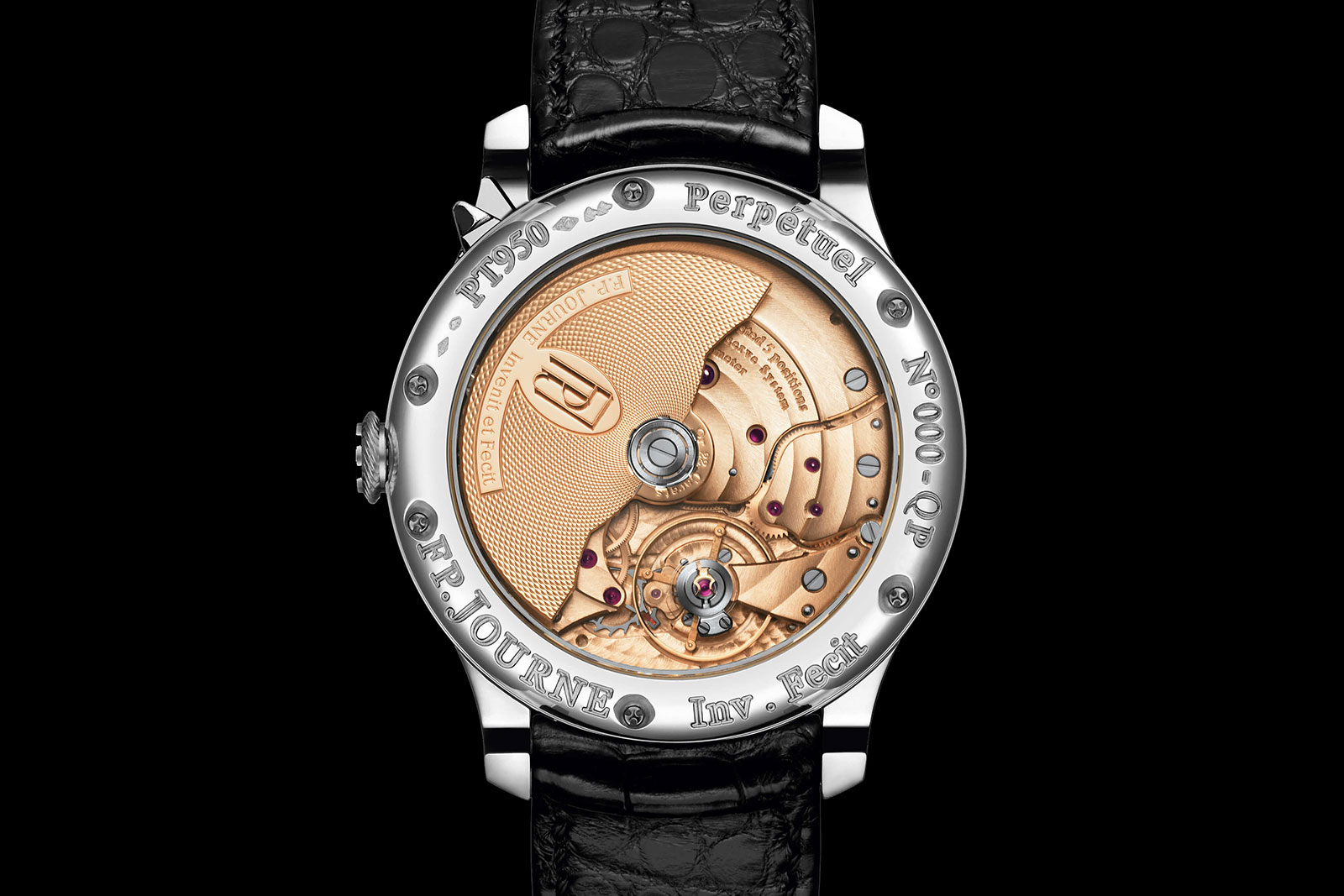