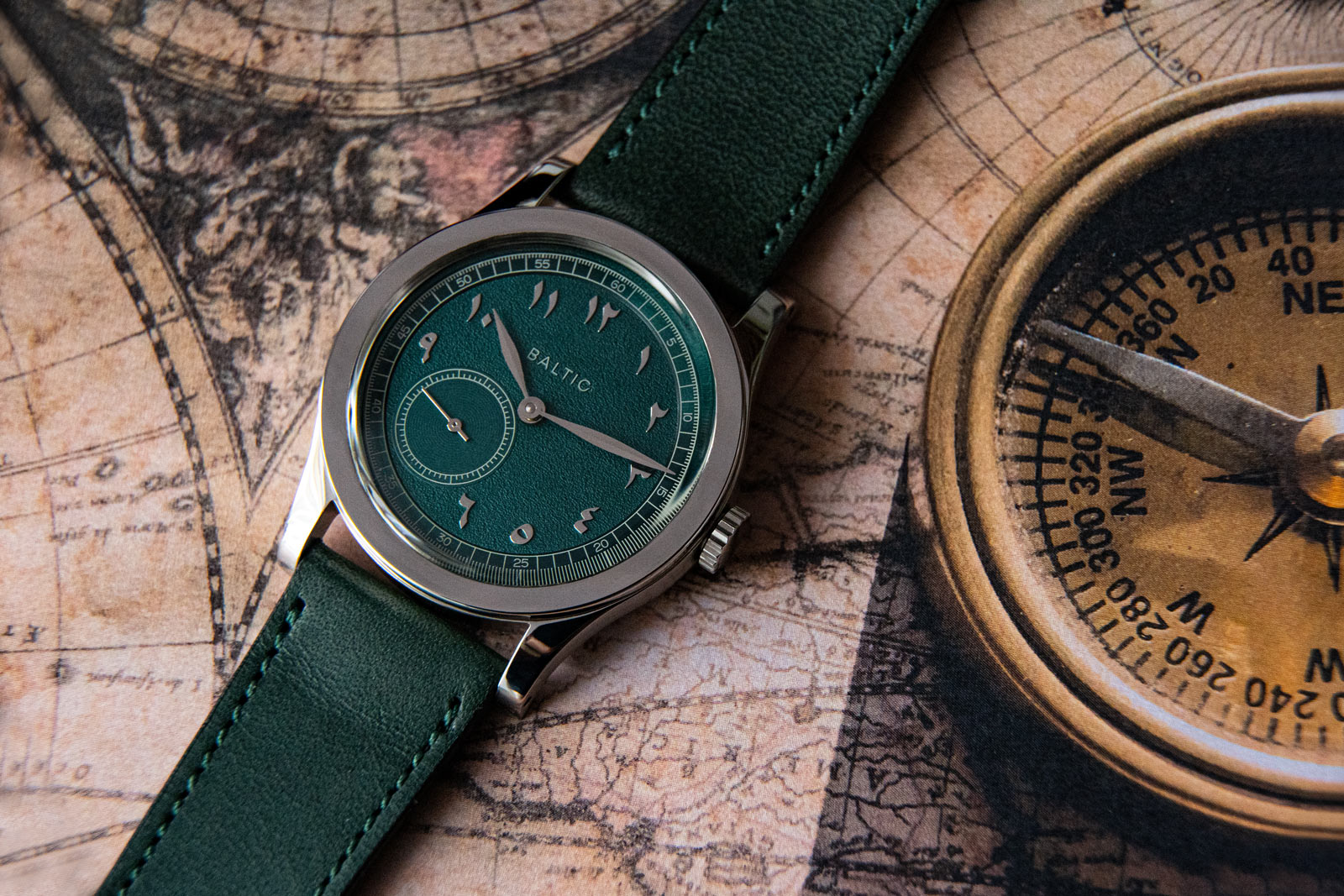 Despite being just two years old, Dubai-based retailer Perpétuel has unveiled a string of its own special editions, starting with Baltic in 2020, the year Perpétuel was founded. The retailer has once again turned to the French brand for the third collaborative edition between the two.

This time it’s a twist on Baltic’s best-selling micro-rotor wristwatch, the MR01. As is expected, the MR01 “Perpétuel” has all the elements associated with the Arabian Gulf, namely Eastern-Arabic numerals on a green dial. 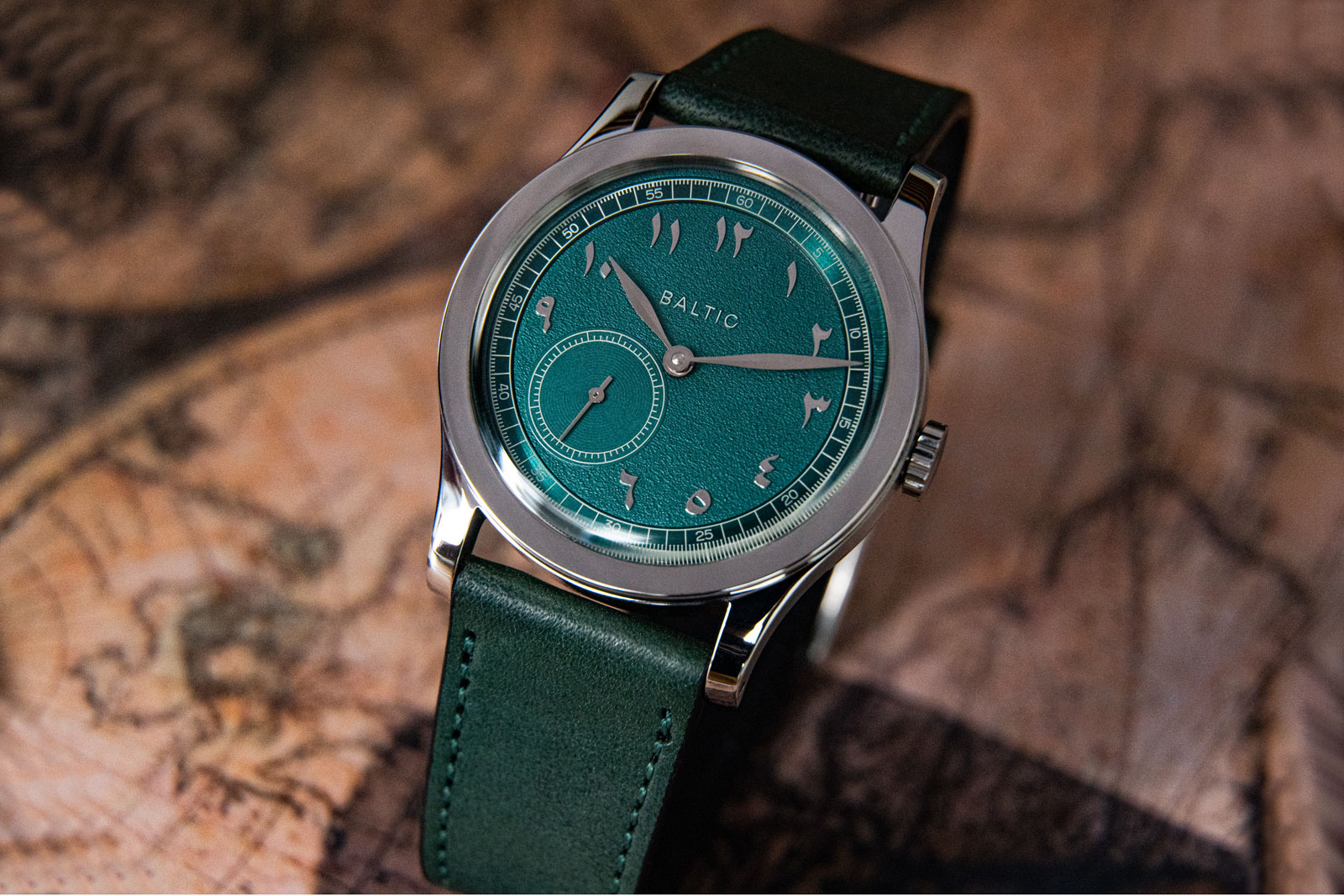 The MR01 is already appealing in its original iteration, especially considering the price, but the Perpétuel edition includes several details that makes it that much more special.

Though a green dial with Eastern-Arabic numerals is no longer novel, it’s uncommon on a watch as affordable as the MR01. The Perpétuel edition brings these design elements to new or young enthusiasts, or anyone on a budget really, a laudable achievement.

But it’s also limited unfortunately. Though the run is far more generous than past editions – this is limited to 300 – the affordability means it will have a large audience. 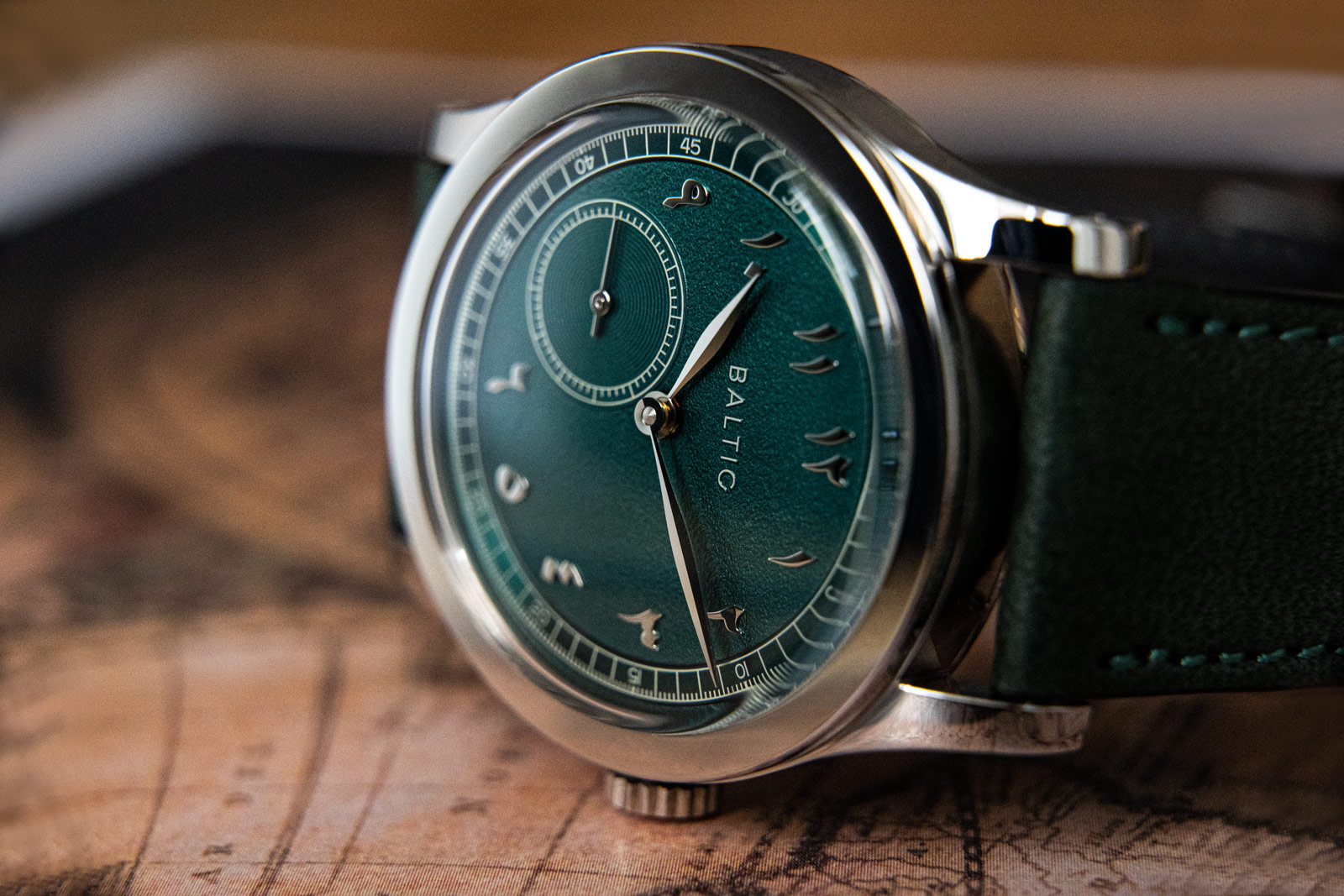 Everything all at once

The MR01 manages to pack several desirable, old-school design elements into a compact, 36 mm package. Yet it remains impressively clean and fuss free.

For instance, the movement is a micro-rotor automatic made by the Hangzhou Watch Factory (we explained the calibre in our MR01 review), hence the affordability. This is one of key points of appeal for the MR01.

Given that watches with micro-rotor movements typically cost five figures, the MR01 is a novel proposition not only for enthusiasts on a budget but also seasoned collectors who want something low priced but loosely resembles higher-end watchmaking. 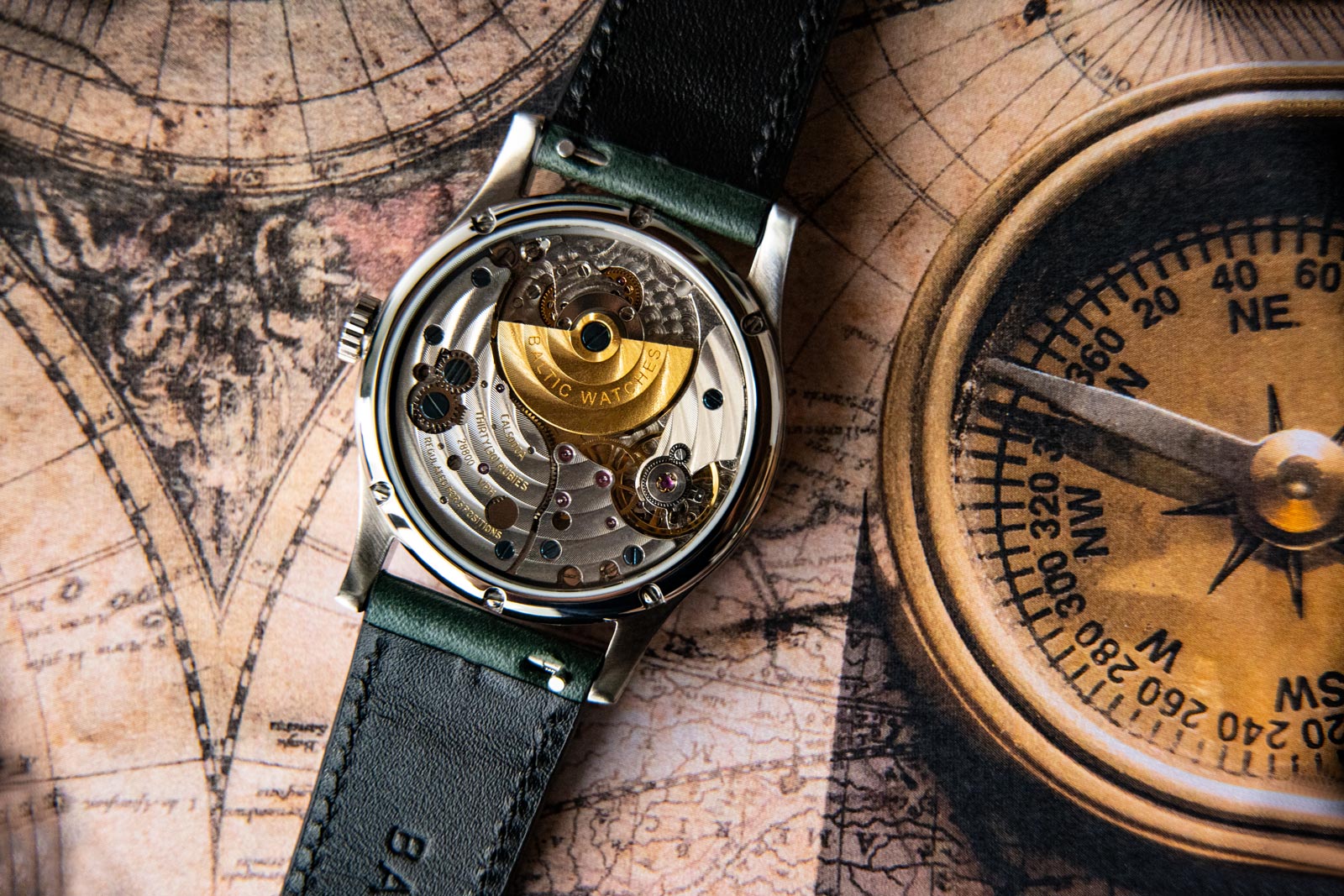 But perhaps more crucial is the dial. The MR01 certainly hits it out of the ballpark with a subtle two-tone finish as well as a quirky but attractive small-seconds at seven o’clock.

On top of that, the Eastern-Arabic numerals brings the dial to life. Interestingly, the applied numerals have been scaled down so they appear smaller than the Breguet numerals of the standard version.

This is a sensible adjustment since retaining the same size for the Eastern-Arabic numerals would have made the dial too crowded, with the numbers perhaps even overpowering the dial. 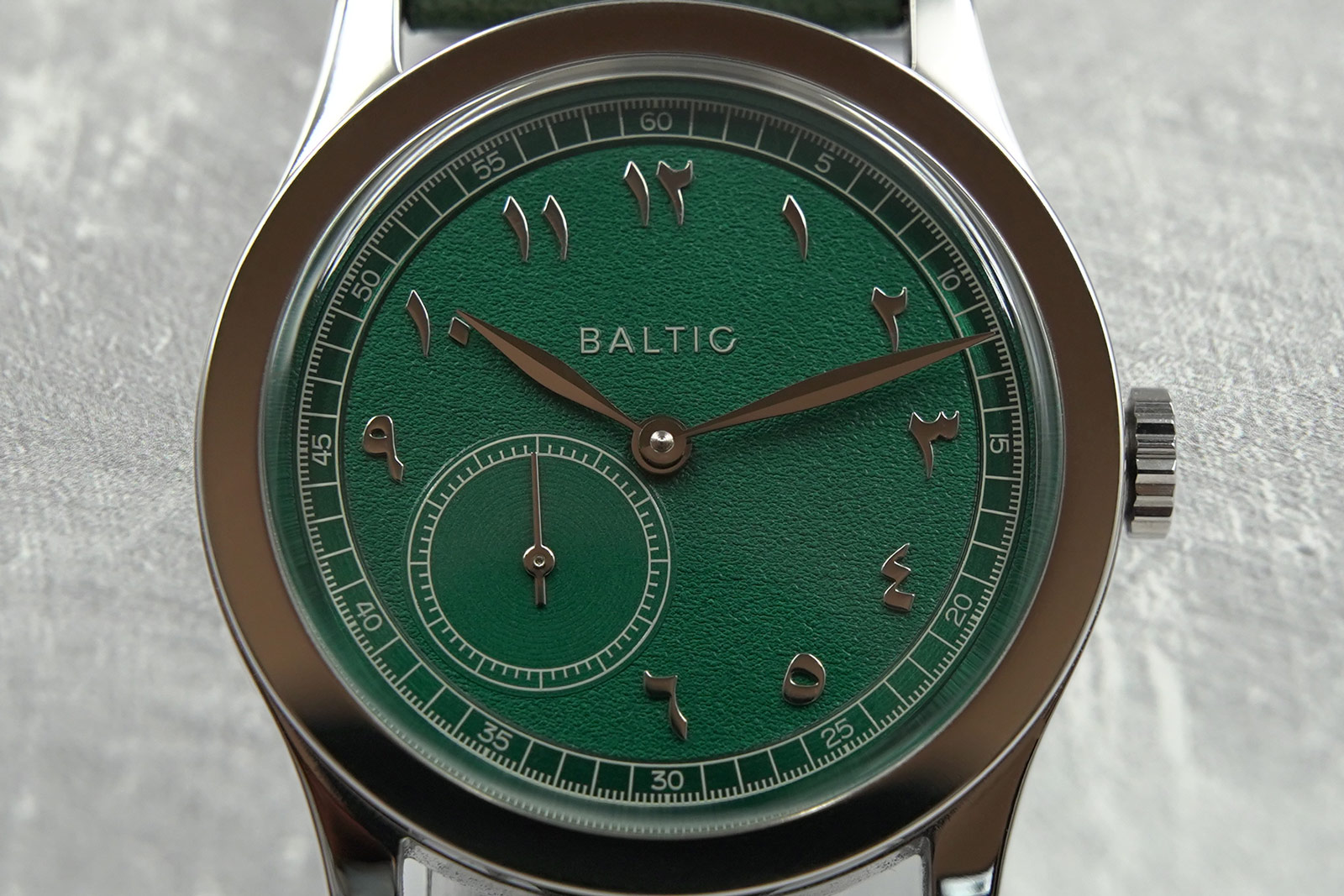