A French micro-brand that specialises in watches with retro style, Baltic unveiled its smallest – and perhaps most classical – offering in October last year, the Micro-Rotor MR01. Coming in at just 36 mm in diameter, the MR01 is no doubt a surprising size for a modern watch.

Despite its compact size, the MR01 manages to squeeze in a lot relative to the price. Most obvious is a tasteful design that brings to mind gentlemen’s watches from the 1930s – the Calatrava ref. 96 easily comes to mind. But equally interesting is the slim automatic movement with a micro-rotor that is responsible for the elegant proportions (and affordability). Its combination of aesthetics and price meant the initial run of 200 pieces in each colour – “salmon”, blue, and a no-nonsense silver – quickly sold out. Of the three, the “salmon” dial immediately stands out, just because it’s the flavour of the dial for vintage-inspired dress watches. But when the opportunity for review came along, I opted for the silver dial, as I found the clean palette attractive. As pleasing as the MR01 seemed in photos, there were a few details I wasn’t convinced by, such as the wide bezel and applied Breguet numerals, so I was looking forward to wearing one for a few days. After handling the MR01 for the first time, it seemed to be a thoughtful, complete package. The designers clearly have an eye for vintage-inspired design as well as an understanding of how to execute it well – within the boundaries of accessibility.

In fact, even with the proliferation of vintage-inspired watches, the MR01 manages to distinguish itself, because it gets almost everything right. It has an appropriate size of 36 mm, small by modern standards but ideal for enthusiasts who seek old-school proportions, especially since big brands rarely go down this route.

The small case size also enhances the design by preserving the ideal position of the seconds sub-dial, which is awkwardly situated in modern watches, which are often too big for the movements within. 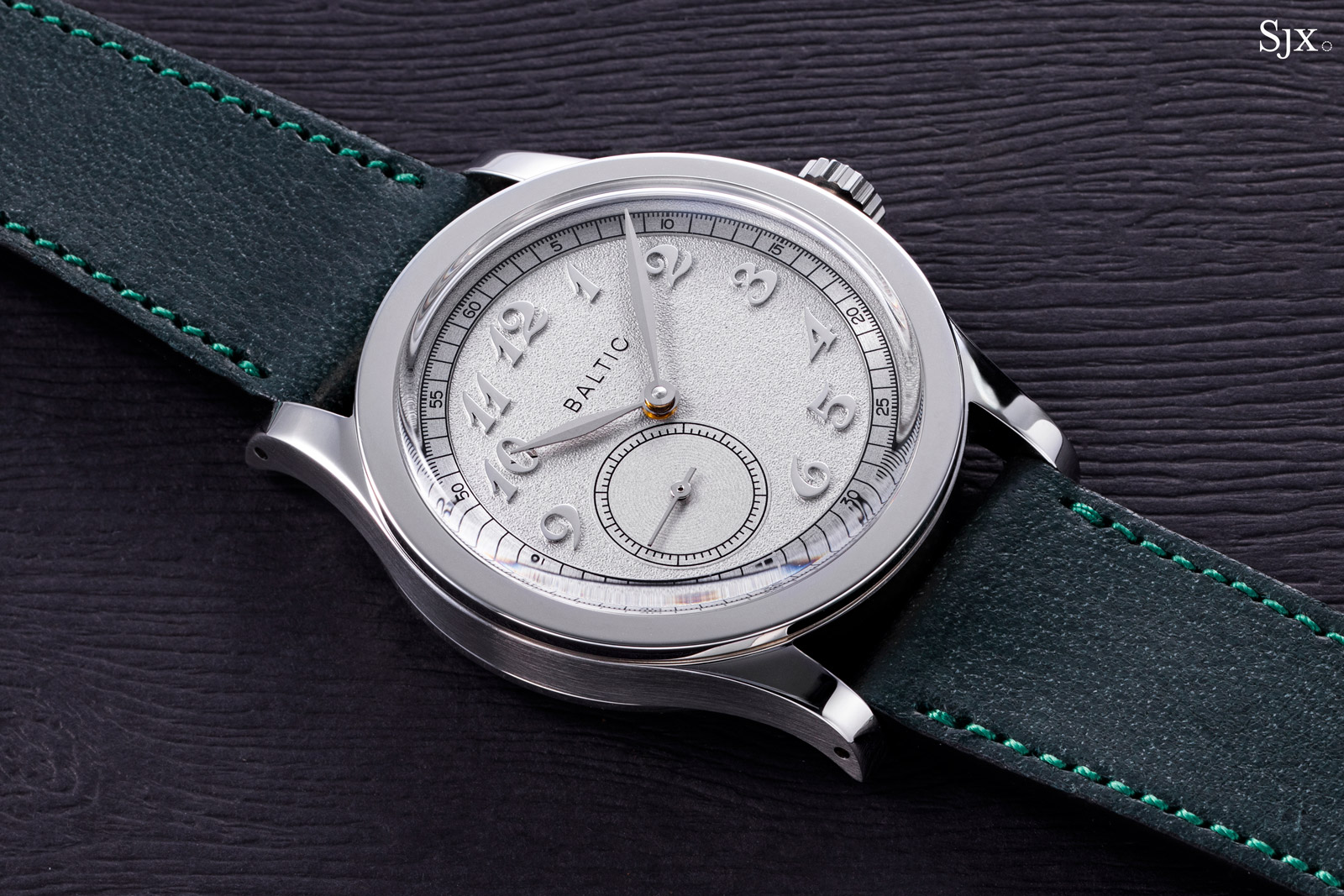 But fortunately the MR01 doesn’t feel unusually small on wrist. That’s thanks in part to the widely-spaced lugs, a detail appropriate from the vintage Calatrava ref. 96 that gives the watch a stronger presence. And the oversized Breguet numerals also add to its presence.

Importantly, the MR01 isn’t an exact copy of any famous vintage watch. It is not a remake and instead brings with it a degree of originality, illustrated by the off-centred small seconds and the extra-large numerals. Speaking of the large numerals – and the wide bezel – I felt both were a bit too big when I first unboxed the watch. But over the week I got used to it more or less, though I still hope for more restraint there, despite knowing it’s the size of those details that gives the watch its character. Another highlight is the micro-rotor movement. It is made in China and mercilessly industrial, which explains the affordability of the MR01 – few watches at this price point are equipped with a micro-rotor movement and all of those that are have this calibre inside. And the ELA05MN does surprise me in terms of its finishing. It is passable at arm’s length and entirely appropriate for its price. The case finishing is more obviously rudimentary, even at arm’s length, but that’s forgivable considering the price.

While the level of finishing is perhaps subjective considering the cost, the MR01 can do better in terms of usability. The crown is stiff, for both winding and pulling it to set the time, while the rotor, despite being micro, rattles audibly sometimes.

Still, the fit and finish are good enough overall – I liked the watch after wearing it for a week. While there are alternative watches of similar quality available for less, those watches are often unattractive. With its compelling aesthetics, the MR01 is a compelling proposition.

The design of the MR01 traditional through and through. The design calls to mind dress watches of the 1930s like the Patek Philippe Calatrava ref. 96. The proportion scream vintage, as do the details of the dial – leaf hands, railway minute track, and Breguet numerals. At the same time, the execution is clearly modern and not a like-for-like remake. Even though the Breguet numerals are vintage inspired, their size is evidently modern, as is the grained finish on the dial. That helps establish the identity of the watch as a contemporary creation, which should help it age better than its more derivative peers.

The contrasting brushed and grained surfaces gives the dial a layered effect without resorting to a “sector” design, which has become common. In fact, the visual depth is reinforced with a very faint, stamped guilloche on the seconds register, and that’s despite the low resolution of the stamping. 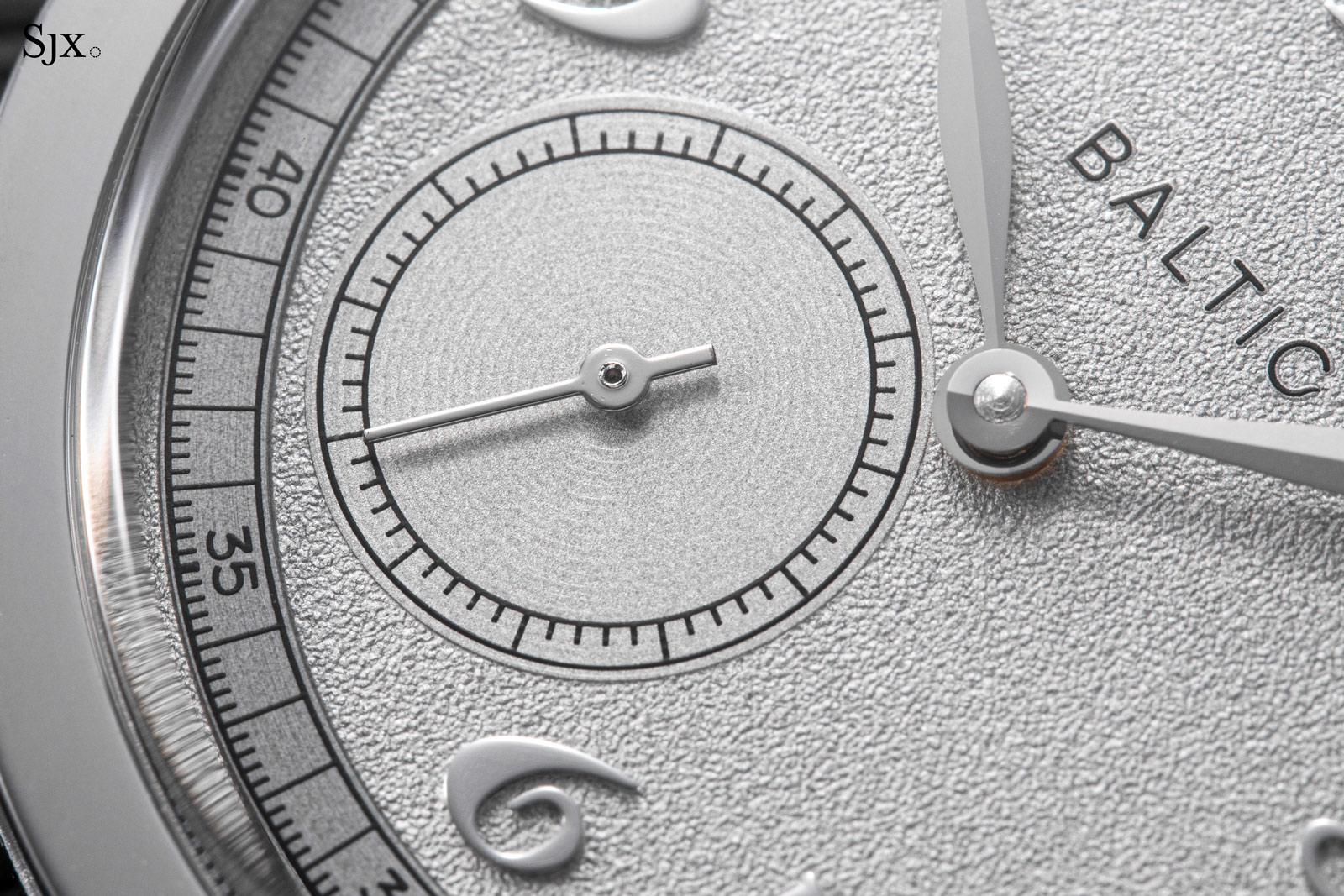 Three different finishes on the dial

But perhaps its most unique stylistic feature is the small seconds in between seven and eight o’clock, a whimsical detail that’s relatively unusual in Baltic’s segment of affordable, retro watches. The off-centre seconds is sometimes a mechanical necessity of the movement – it’s typically found in watches equipped with movements featuring off-centre micro-rotors, such as the Bulgari Octo Finissimo and Breguet Classique 7147.

On the topic of the petite seconds, it’s worth mentioning that the railway track and two-tone finish also serve to diminish the perceived diameter of the dial, which improves the relative position of the seconds. But in reality the seconds sit far closer to the hands than the edge of the dial. The position – and large circumference – of the seconds register attest to the fact that Baltic knows how to translate vintage ideas into a modern watch. As for the case, I noticed its presence when I unboxed the watch for the first time. Given its small size of 36 mm, that was surprising and also proof that watches don’t have to be big to have presence, which can instead be achieved with smart proportions.

The presence is mostly thanks to the widely-spaced lugs, which give the watch a wider stance. The wide lugs give the MR01 a flatter aspect ratio – it looks wide and flat in comparison to many modern watches of this size, which tend to appear tall because they have narrowly-spaced lugs, such as the Tudor Black Bay 36 for instance. The case is a simple, three-piece affair, with a flat, elongated case middle, a detail once again adopted from vintage watches. The dimensions of the case middle also disguise the overall thickness (which is thin to begin with), since a good portion of the height is taken up by the bezel and back, which are less prominent. The elegant lines of the case middle extend to the lugs 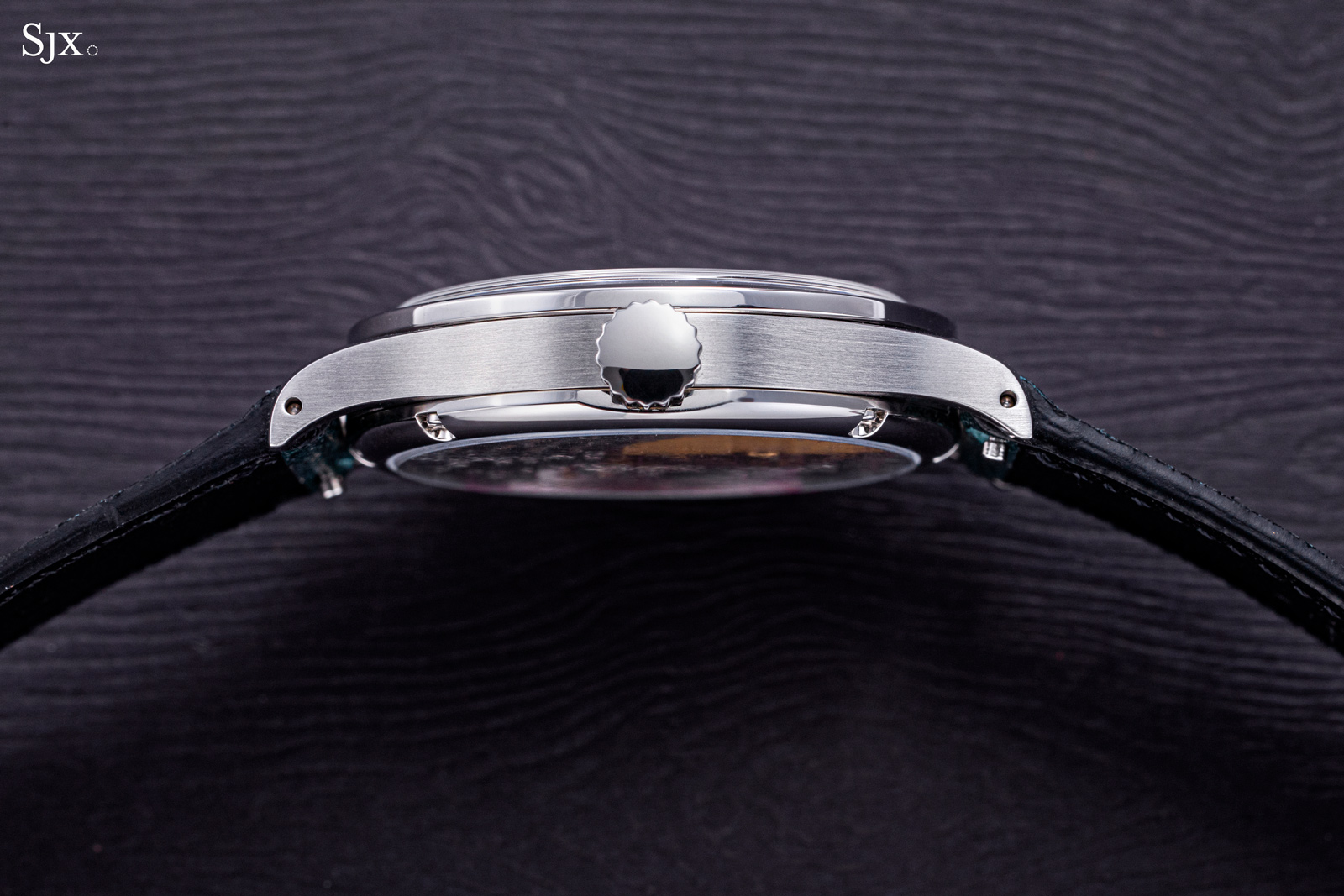 A nit to pick is the fit and finish of the case, which just doesn’t feel as refined as the dial. Some surface distortion is visible on the polished bezel because it is so wide and flat, though the brushing on the flanks is neatly done.

That said, the case is entirely acceptable for the price – in fact it’s amongst the better ones at this price – but its shortcomings are only obvious because of the dial and overall excellent design. Both the front and back of the MR01 give the wearer a lot to look at. The front because of the dial finish and the back thanks to a smartly chosen movement – the ELA05MN by the Hangzhou Watch Factory. It’s an unusual calibre at this price range, being one of the few with a micro-rotor. The ELA05MN brings with its a quirky design detail – the unconventionally positioned small seconds. Because the rotor is flush with the bridges, most of the gear train is visible, which reveals the fourth wheel (which completes a revolution every minute and drives the seconds hand) mirrors the position of the seconds register in between seven and eight o’clock. Visible just beside the balance, the fourth wheel it turns quickly, at the rate of one rotation per minute, making the most dynamic component of the movement The energy travels around the calibre almost literally: it is generated at the rotor and terminates at the balance, which is practically next to the rotor, completing the circle The automatic winding system: energy is generated via the micro-rotor mounted on ball bearings, and then stored in the barrel, which sits under the ratchet wheel. The movement can also be hand-wound via the crown, which turns the two wheels under the large blued-screws visible above at the top-right corner The finishing of the ELA05MN is basic – very basic – but all visible parts have been attended to. That includes blued screws, circular Cotes de Geneve that continues across the various bridges and also the perlage on the base plate under the rotor. And it has a micro-rotor along with a a fancy regulator. As a result, it looks pretty good at a distance. The level of finishing is surprising in terms of quantity. Even the holes for the jewels and screws have stamped countersinks, which still reflect some light and add visual depth. The bridges, however, aren’t chamfered along their edges.

But the finishing is all done by machine. It is mostly rudimentary and occasionally rough, which is typical and acceptable for a watch in this price range.

If anything, the movement is doing too much in terms of decoration. I would rather the movement do one or two things in a more refined manner, rather than giving everything a basic once-over. That would result in a less interesting movement at arm’s length, but one that certainly looks better under magnification. Like all earlier Baltic models, the MR01 does well in what it sets out to do, which is to be an appealing, retro watch that’s easily affordable. But the MR01 arguably does better than the brand’s preceding watches. It is probably the best amongst the brand’s regular-production models, thanks to a courageously compact case and a dial smartly executed with the right details.

Add to that the interesting micro-rotor ELA05MN and MR01 is a compelling and affordable entry to old-school, classical watches. Watches like this are important piece in keeping mechanical watches relevant to newer or younger enthusiasts, especially now when watches prices are rising quicker than incomes for large segments of the population. Limited edition: Only available during pre-order
Availability: Direct from Baltic during pre-order from 3:00 pm GMT, January 20-30, 2022, with delivery in July and September 2022
Price: €545 excluding tax