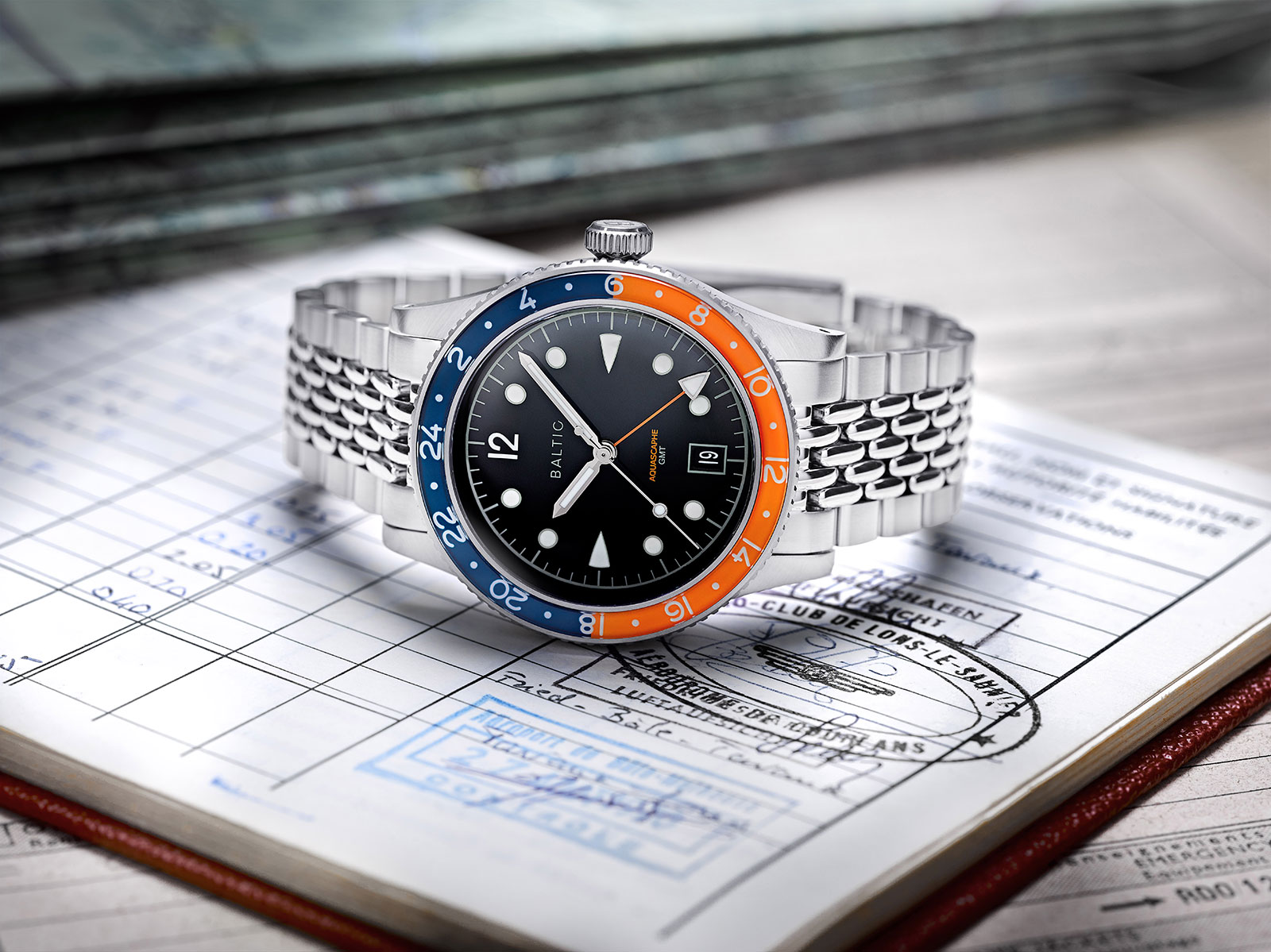 Having made its three years ago with the affordable, vintage-inspired HMS and Bicompax – like many other brands in the segment – Baltic soon expanded its catalogue to include a similarly retro dive watch (and just last week an edition for Dubai retailer Perpétuel). And now the dive watch gets  second time zone function with the launch of the Aquascaphe GMT.

Introduced in three variants – with the most striking being the version with an orange and blue bezel – the Aquascaphe GMT is very much modelled on 1950s “big crown” dive watches, but with a sapphire-covered bezel and Swiss-made Soprod movement. 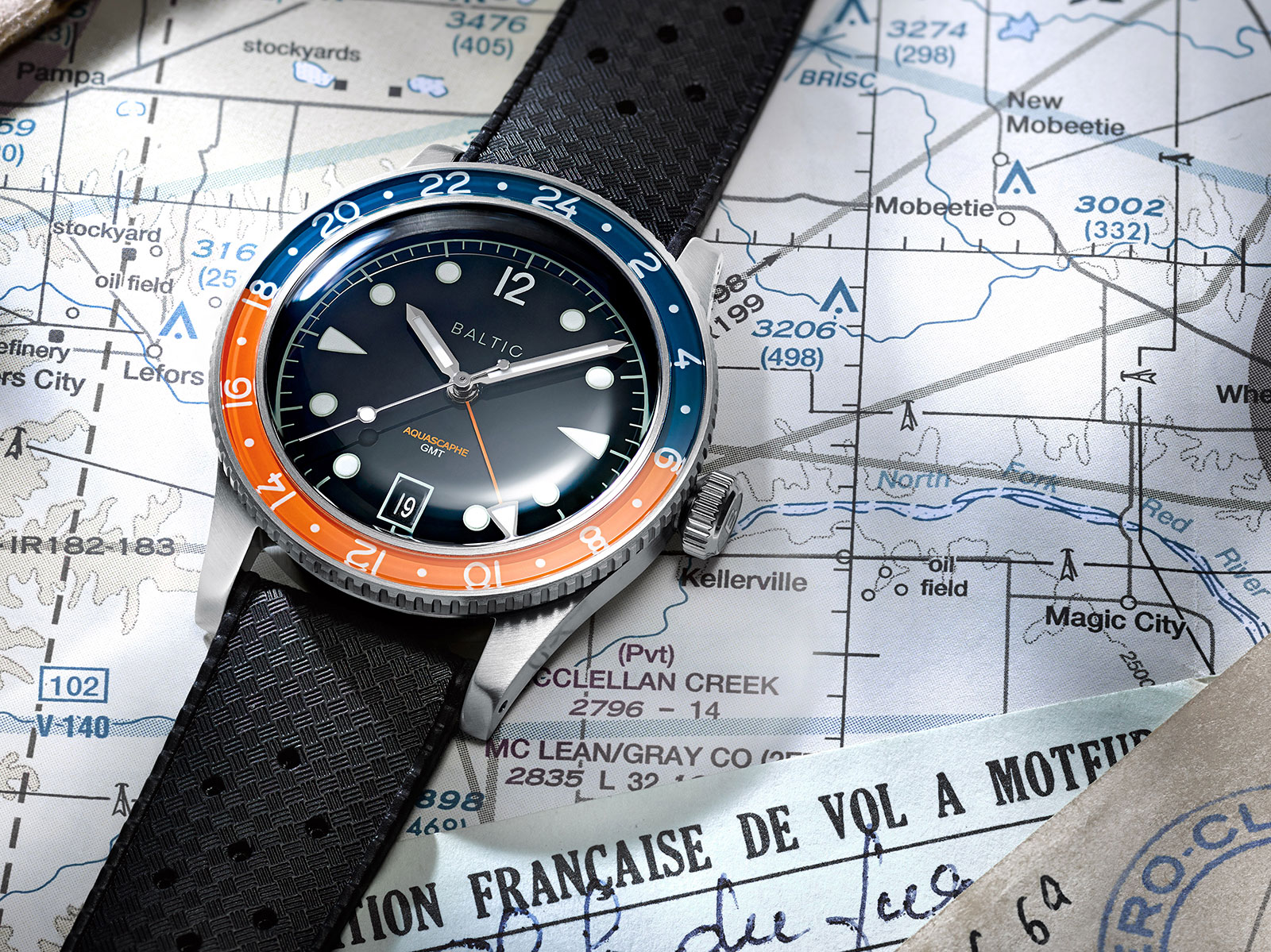 The Aquascaphe GMT continues to play to the strengths of Baltic, a French brand that manages good, vintage-inspired design in a a compact package, and at a modest price. Admittedly, such vintage-inspired watches are not particularly original, but they are have appeal, particularly since modern construction give them a practicality and robustness that the vintage originals lack.

Credit goes to Baltic in giving the new GMT enough character to make it reasonably original. For instance, the 24-hour bezel is offered in interesting combinations of colours that are not the usual “Pepsi” or “Coke”, from a restrained grey and blue to a vibrant blue and orange. 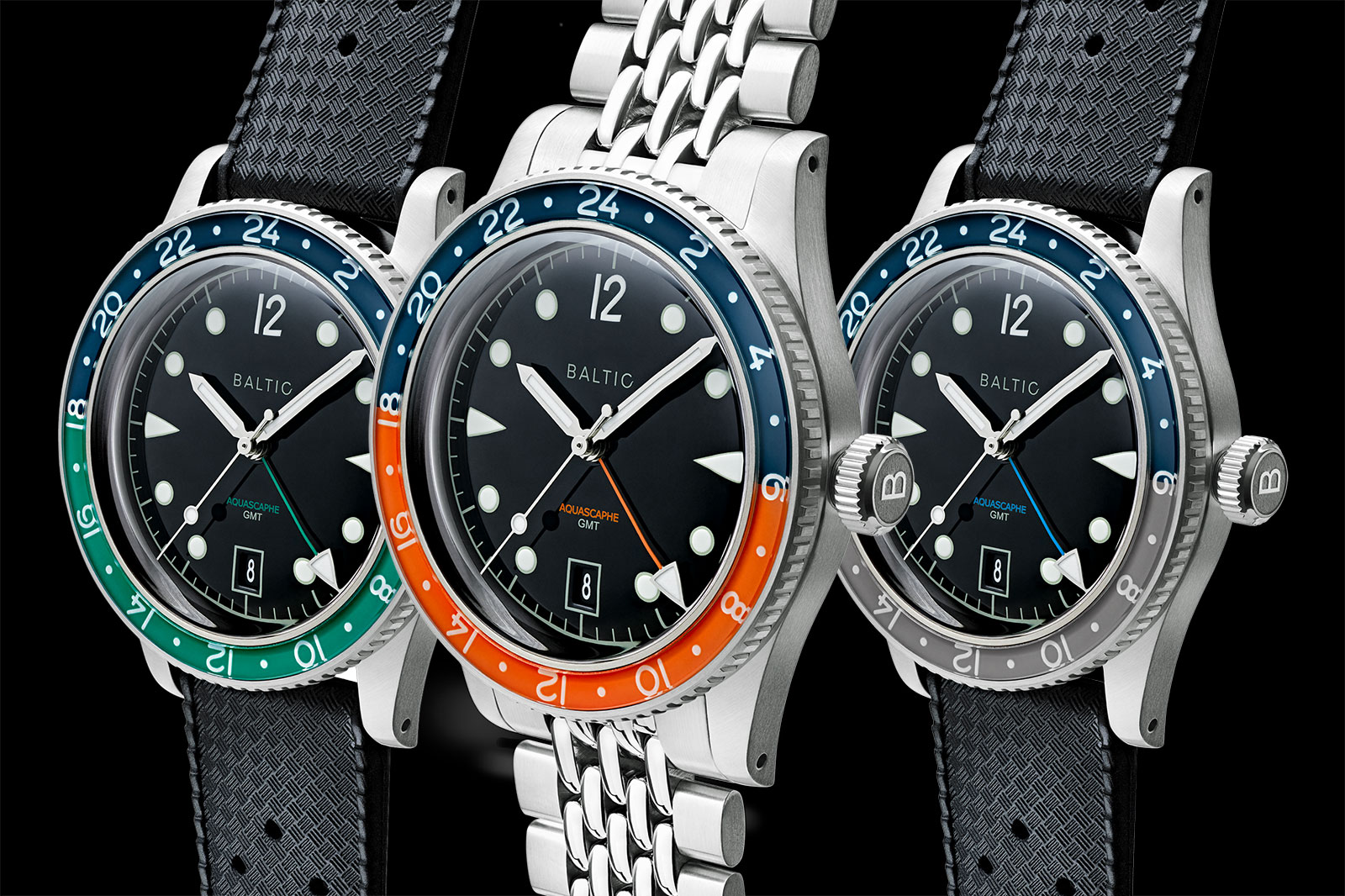 The rest of the GMT is similar to the original Aquascaphe dive watch, which means a handsome, compact case with good enough finishing for the price. But the GMT does diverge from the time-only dive watch in its hour markers that are printed instead of applied, a simpler execution but probably necessary due to the GMT hand.

At around US$1,100, the GMT is almost twice as expensive as the dive watch, so in absolute terms it is not quite as strong value. That said, it is still good value, because of the new movement. The GMT is the first instance of Baltic using a Swiss-made movement, instead of the Chinese-made Miyota found in its earlier models; because Miyota does not make a second time zone movement. While both movements are likely just as reliable, the Swiss calibre costs substantially more, hence the price.

While still attractive and affordable, the higher price also means the GMT has more and stronger competition, such as the Mido Ocean Star GMT that is similarly priced but takes a more modern design approach.

The most attractive part of a modern watch with retro style is practicality. Featuring a screw-down crown – which is not strictly necessary but reassuring – the GMT has 100 m water resistance.

A more interesting detail is the domed, sapphire-capped bezel, which is meant to evoke bakelite bezels of the 1950s, which were notoriously fragile but charming in their own way. The construction of the bezel also means its numerals are filled with luminescent paint, a useful feature is that often lacking in watches with ceramic bezel inserts. 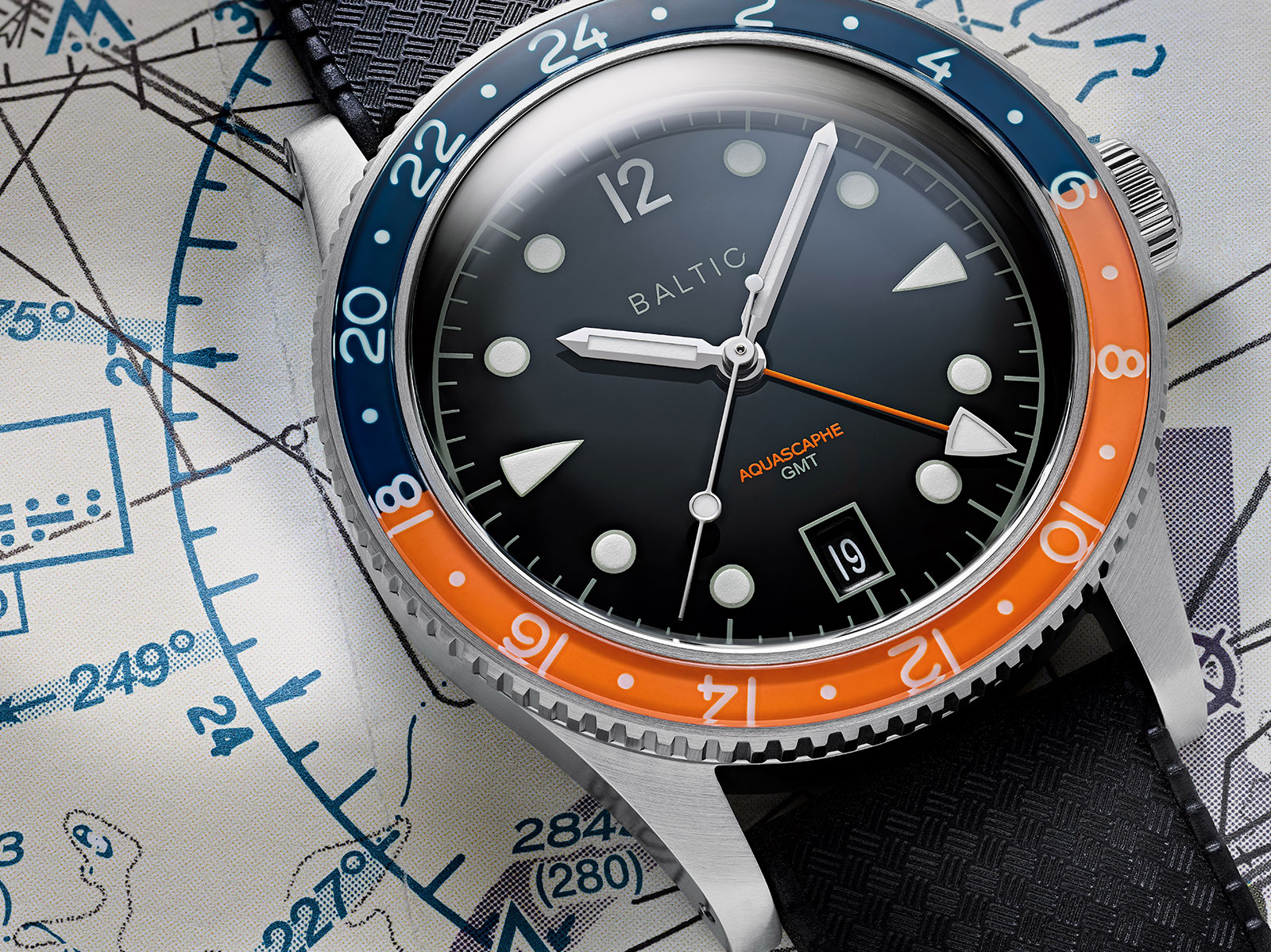 It has a second time zone display read via the GMT hand and 24-hour bezel, but because it a retro-fitted complication, instead of being an integrated mechanism, the local time hand cannot be adjusted independently. Instead, the GMT hand is adjusted in an hour increments. That means adjusting local time is somewhat cumbersome, as setting local time will also change home time, which will then need to be corrected after. 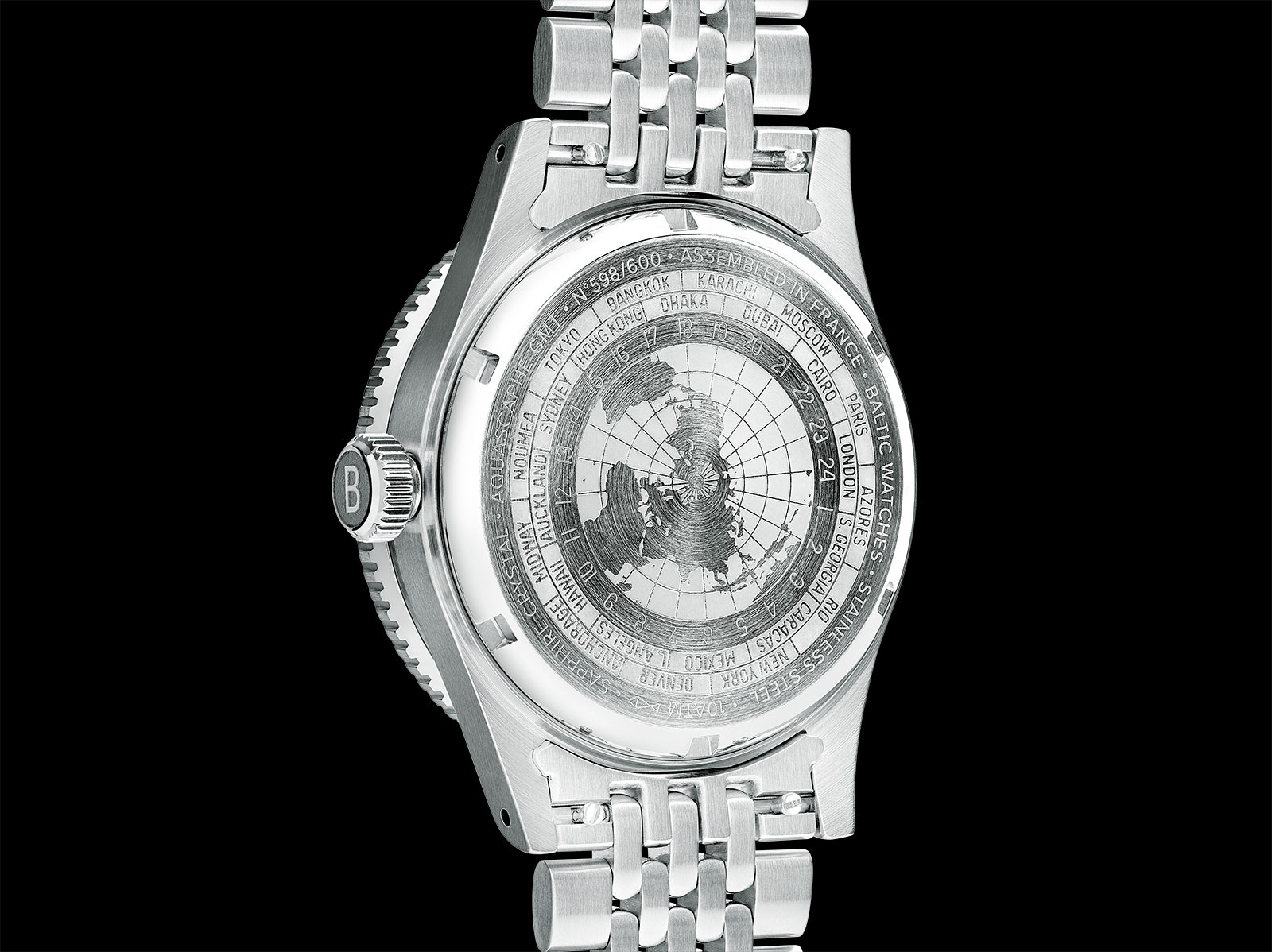