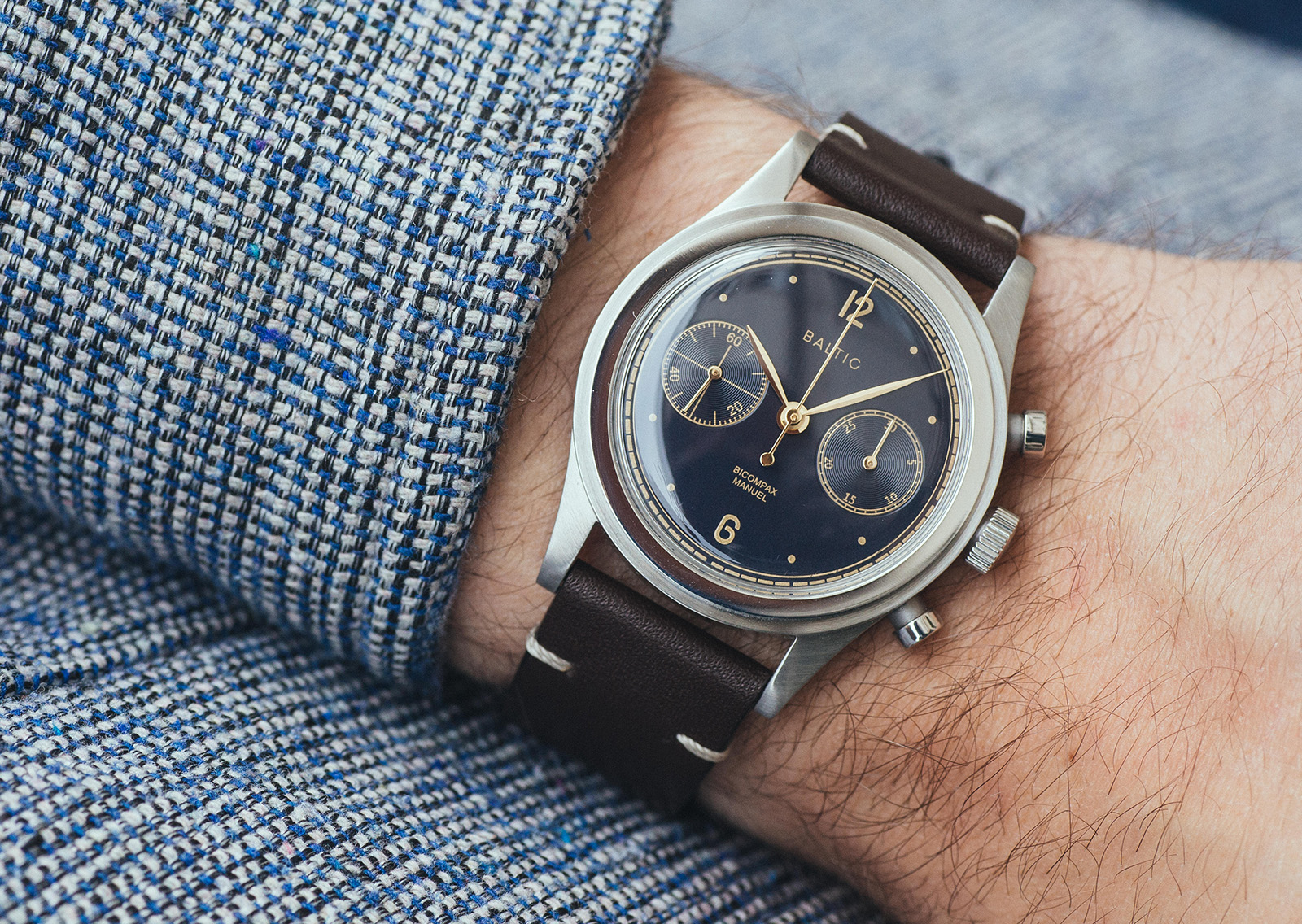 Like many other recent watch startups, Baltic Watches got its start on crowdfunding platform Kickstarter. The French watch brand raised a total of €514,806 in less than two months and is set to deliver its first watches later this month.

While Baltic’s products follow the same vintage-style route repeated ad nauseum by the broader industry, they manage an authentic “neo-vintage” feel. Baltic has created two models thus far: an automatic time-only HMS 001 and a hand-wound chronograph, the Bicompax 001. Each model comes in six variations, including models with gilt or cream-coloured dials. The most salient characteristic of these watches is their step bezels – an element drawn from 1940s watches, amongst them being several Longines chronographs powered by the cal 13ZN. Like the vintage originals, both the HMS 001 and Bicompax 001 are also fitted with domed acrylic crystals. Another aspect that Baltic gets right is the 38mm case. Step-case chronographs of the 1940s measured between 37mm to 38mm, oversized by the standards of the day. Its two-register dial relies on the same vintage influences but remains artfully bare with spherical hour markers and a clean minute track, quite unlike the multi-scale chronographs of the mid 20th century. The natural choices for the movements given the affordable price point were the automatic Miyota 821A for the HMS 001 and the hand-wound, column-wheel chronograph Seagull ST1901 movement for the Bicompax 001. Both calibres are made in China, but tried and tested.

To complete the retro look, the watches are fitted with Italian calfskin leather straps that feature horizontal end stitches, and are presented in an old-fashioned cork box.