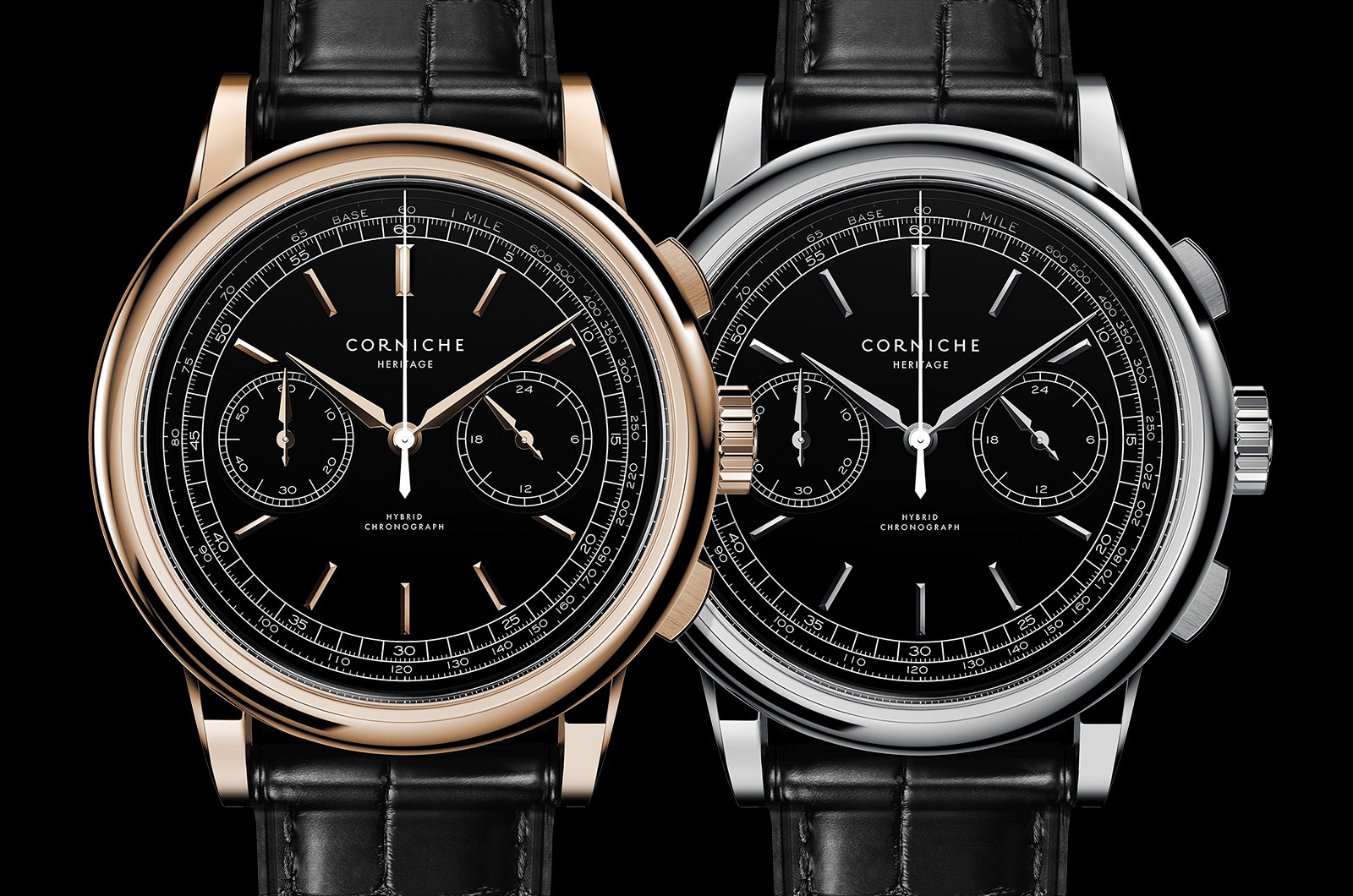 Affordable, Kickstarter-esque watches are a dime a dozen now, and most are hard to distinguish from one another. The Corniche Heritage Chronograph is a mishmash of classical design elements, most notably from A. Lange & Söhne and Patek Philippe, but still manages to be attractively styled. And it helps that effort has been put into refining its tangible details, including the use of polished black ceramic for the dial.

Priced at just over US$400, it has a 39.5mm by 11.5mm steel case (which is also available in rose gold-plate) that brings to mind the Lange Datograph, right down to the bevelled edge of the lugs and brushed sides of the chronograph buttons. Unusually, the dial is glossy black ceramic with applied hour markers and a tachymetric scale on its periphery. The look is typical mid-20th century chronograph, and brings to mind watches by Patek Philippe or Vacheron Constantin (or even nineties remakes by Roger Dubuis).

The Heritage Chronograph is powered by the Seiko VK64, a “meca-quartz” calibre. That means the movement has a conventional quartz base, which drives a mechanical chronograph assembly. The Heritage Chronograph costs US$425 or €385, and is available direct from Corniche Watches.