Swiss private bank Vontobel has just published its highly-regarded annual report on the luxury watch industry – the news for 2020 is grim. Put together by a team led by managing director Rene Weber, the Vontobel Luxury Goods Shop predicts a 25% fall in Swiss watch exports in 2020 – the biggest drop in 50 years as a result of the COVID-19 coronavirus pandemic.

A proxy for the global luxury watch market, Swiss watch exports declined 22% during the 2008 financial crisis, and recovered swiftly the year after. But during the financial crisis there were no store or factory closures, and no halt to international travel. Since mid-March most watch brands, including giants Rolex and Patek Philippe, have shut their factories, or introduced short-time work, with between 60-70% of employees at Swatch Group working reduced hours. 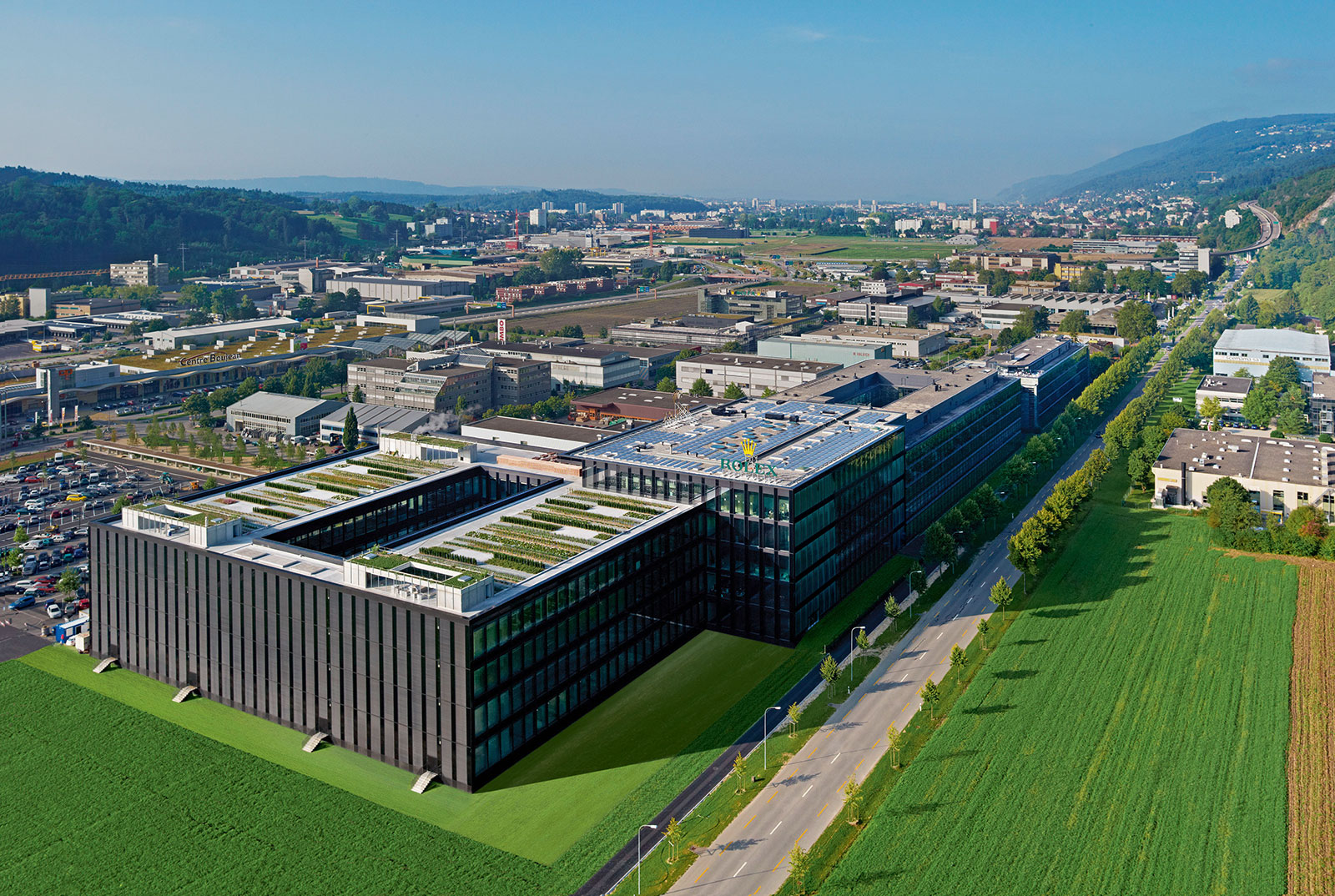 At the peak of the pandemic in China, when practically the entire country was in lockdown, Vontobel estimated February sales fell 80%, something it expects will be repeated throughout the rest of the world. And even e-commerce is not enough to alleviate the situation substantially, because of logistical challenges. The report notes that as of mid-March,”the Swiss watch industry has come to an almost global standstill.”

Unsurprisingly, the bank expects the pandemic to result in a steeper fall and slower recovery for the Swiss watch industry. The bank expects a slight improvement in the second half of 2020 that will continue into the next year, with exports forecast to grow 15% in 2021, helped by a slow but steady return to normal business in China, where stores are already reopen. But Vontobel’s prediction hinges on the worst of the pandemic passing by the middle of 2020 – the “estimate does not include a second wave of coronavirus later in the year.”

Whatever happens to the industry overall, brands and groups will suffer to varying degrees. In relative terms, high-end brands should do better than entry-level brands, while the well-capitalised luxury conglomerates will pull through.

“We believe that small [independent brands] will have more problems especially if their financial situation was already before an issue,” says Mr Weber of Vontobel when reached via email, “Almost all large players have no debts; Swatch Group and Richemont even have a net cash position.”

The bank is slightly more bullish on Richemont, rating it a buy due to its stable of higher-end watch brands and jewellers, stronger balance sheet with a net cash position of €2.4 billion, and e-commerce business (albeit one that is still loss making).

On the other hand, the Swatch Group gets 23% of its sales from low- and mid-range brands, including Swatch, Tissot, and Hamilton, currently the weakest segment of the watch business. 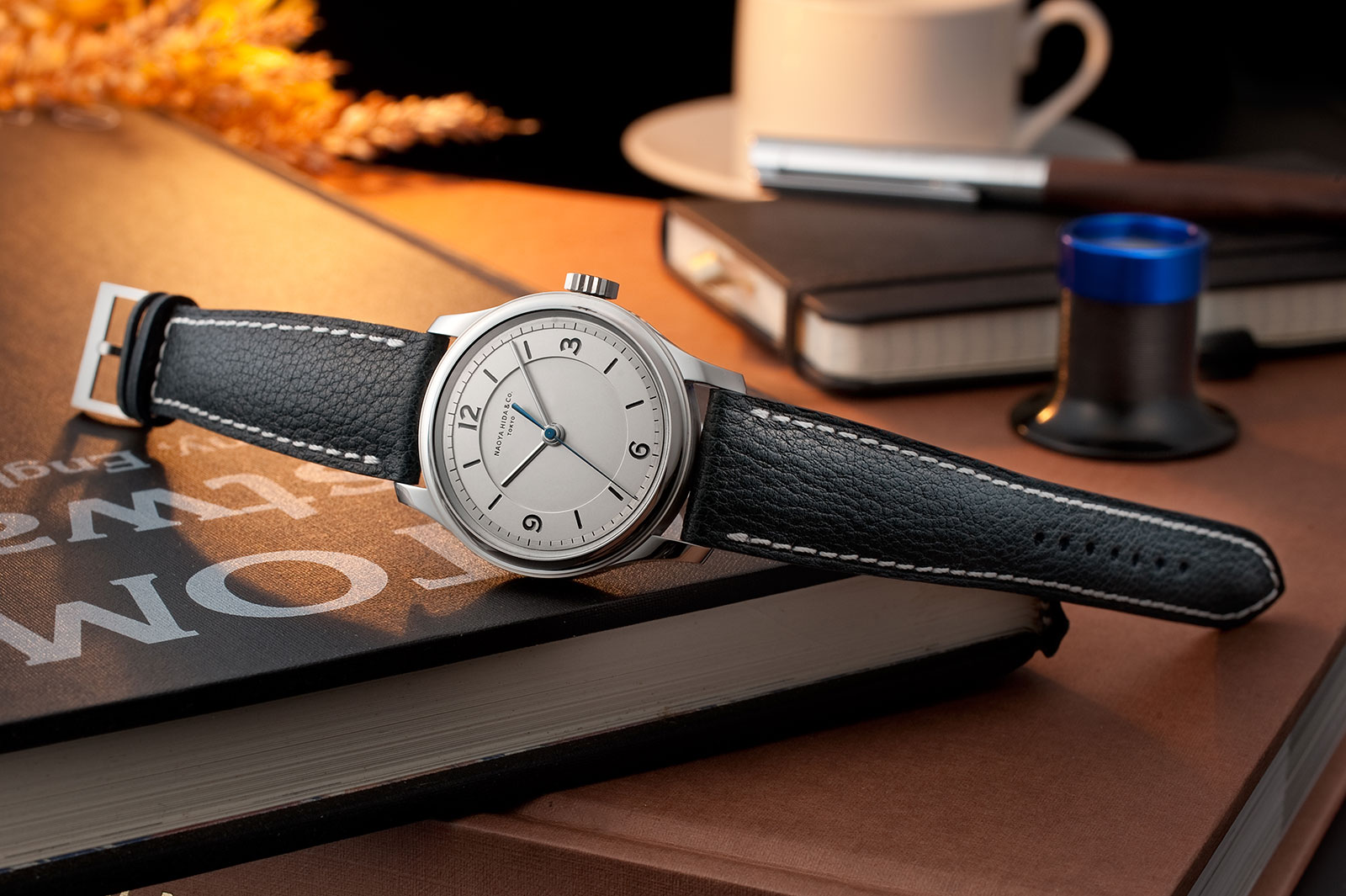 Founded by a veteran of high-end watch retail in Japan, Naoya Hida & Co. made its debut last year with the NH Type 1B, a time-only wristwatch designed after gentlemen’s timepieces of the three decades from 1930. Now the brand has just announced its line-up for 2020, which is made up of the subtly redesigned NH Type 1C, as well as the all-new NH Type 2A with centre seconds.

Both watches share a several common features, most notably an authentic retro style derived from Mr Hida’s decades of experience in a market that prizes tasteful, period-correct design. Even though the watches are brand new, the Type 1C and Type 2A ably capture the vintage flavour. But the watches are not just facsimiles of vintage timepieces, the execution is top notch. The dials, for instance, are German silver with hand-engraved hour indices that are filled with Japanese lacquer, giving them depth and glossy finish.

Both watches are powered by variants of the same calibre that starts out as a Valjoux 7750, but modified to do away with the automatic winding and chronograph, while incorporating a redesigned winding click for a tactile winding feel reminiscent of vintage movements. The movement in the Type 1C retains the subsidiary seconds as originally found in the Valjoux 7750, but on the Type 2A the movement boasts an added indirect seconds train for the centre seconds display. 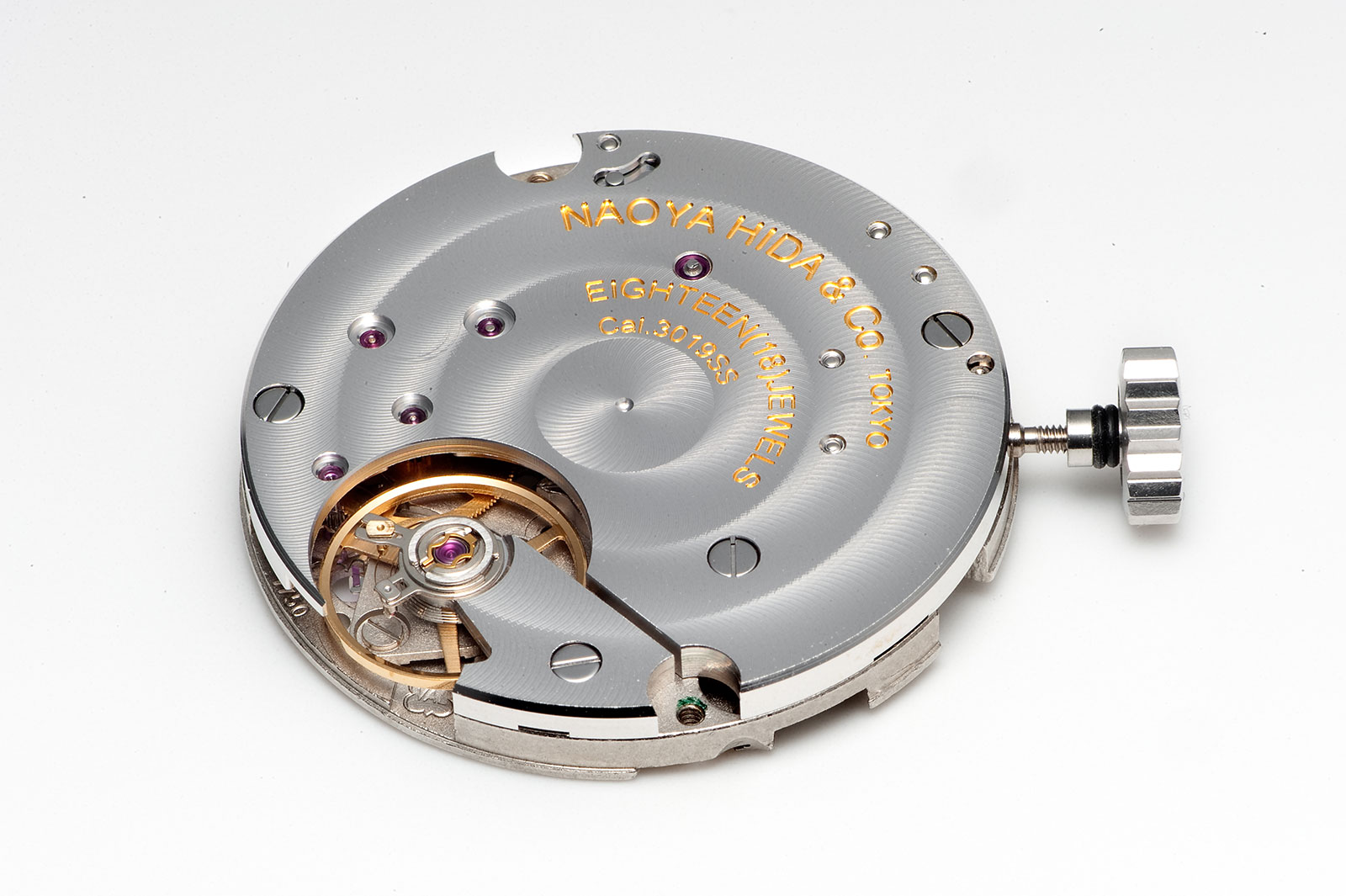 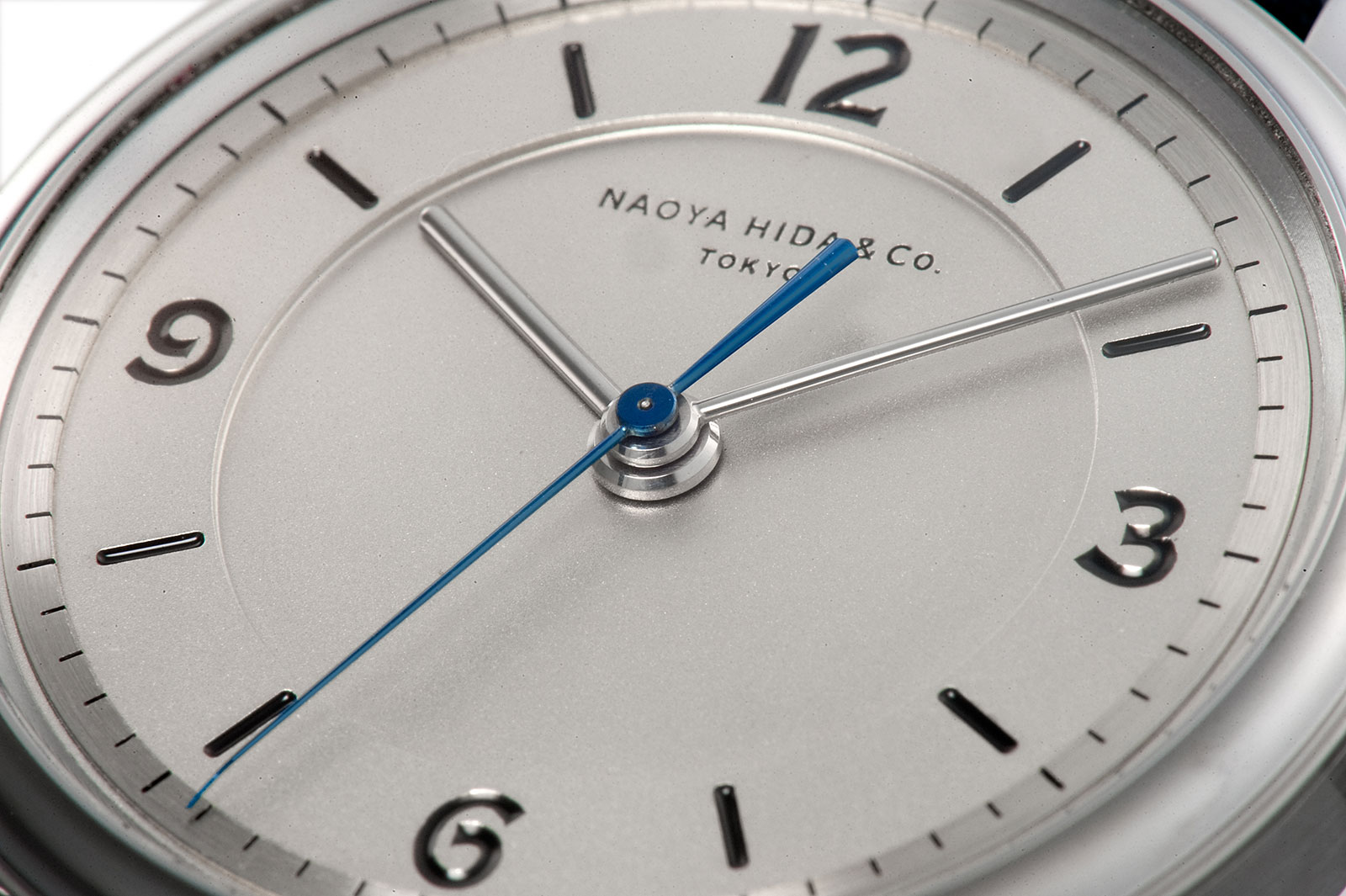 The Type 2A with centre seconds

The two models also have the same 37 mm case made of 904L steel (though the Type 2A has a taller case back due to the thicker movement). The alloy possesses superior corrosion resistance compared to the 316L steel alloy widely used for watch cases, but best known as the type of steel Rolex uses for all its steel watches. 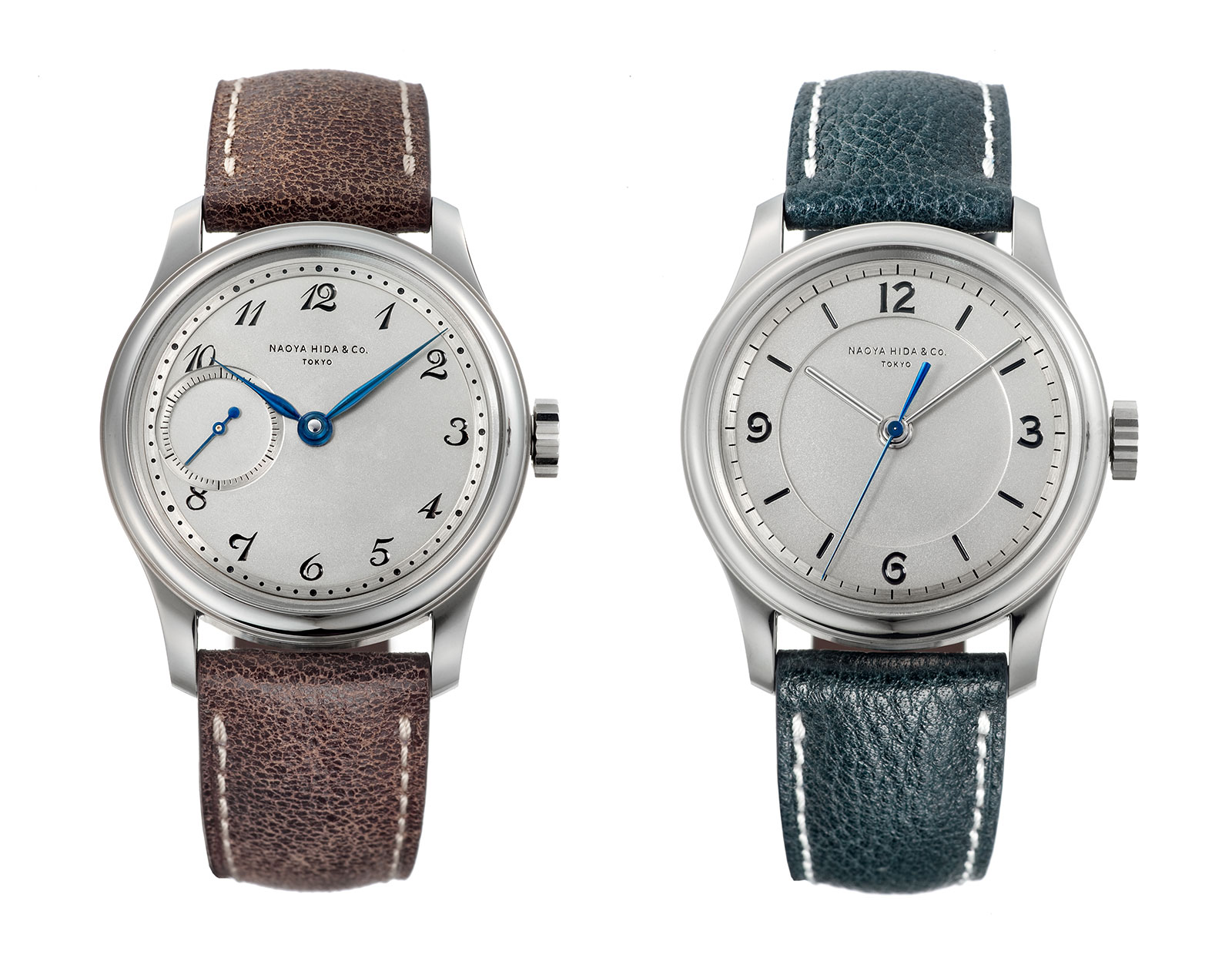 The NH Type 1C is essentially a slightly improved version of last year’s Type 1B. Amongst the tweaks are slimmer lugs, a repositioned logo on the dial, and also a redesigned seconds hand. The rest of the watch remains the same as on the earlier generation, including the heat-blued hands, retro case profile, and slightly domed crystal. 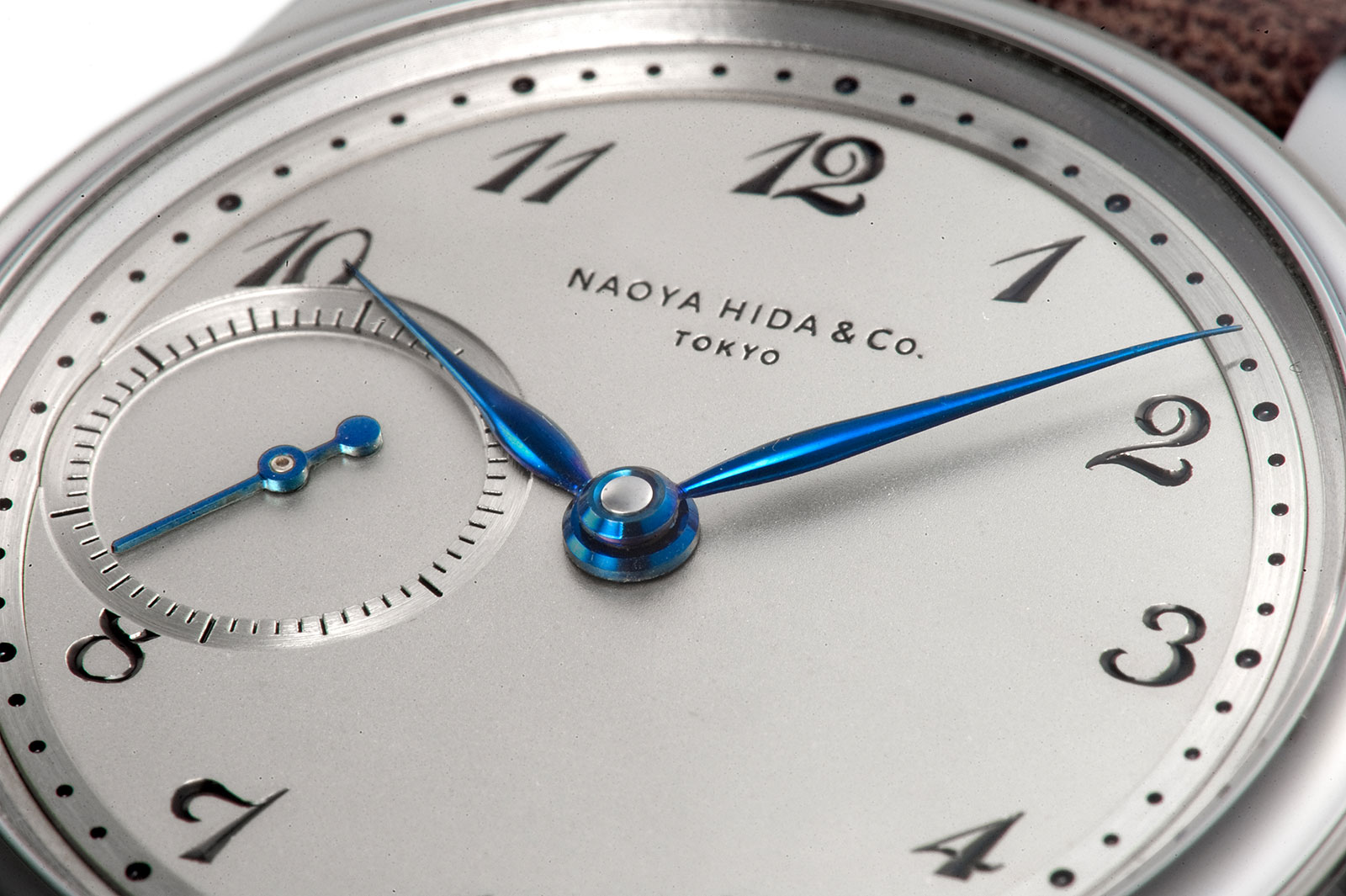 Though distinctive different from the Type 1C in design, the NH Type 2A shares a similar vintage feel. It has simple baton hands in polished steel, matched with a blued steel seconds hand. 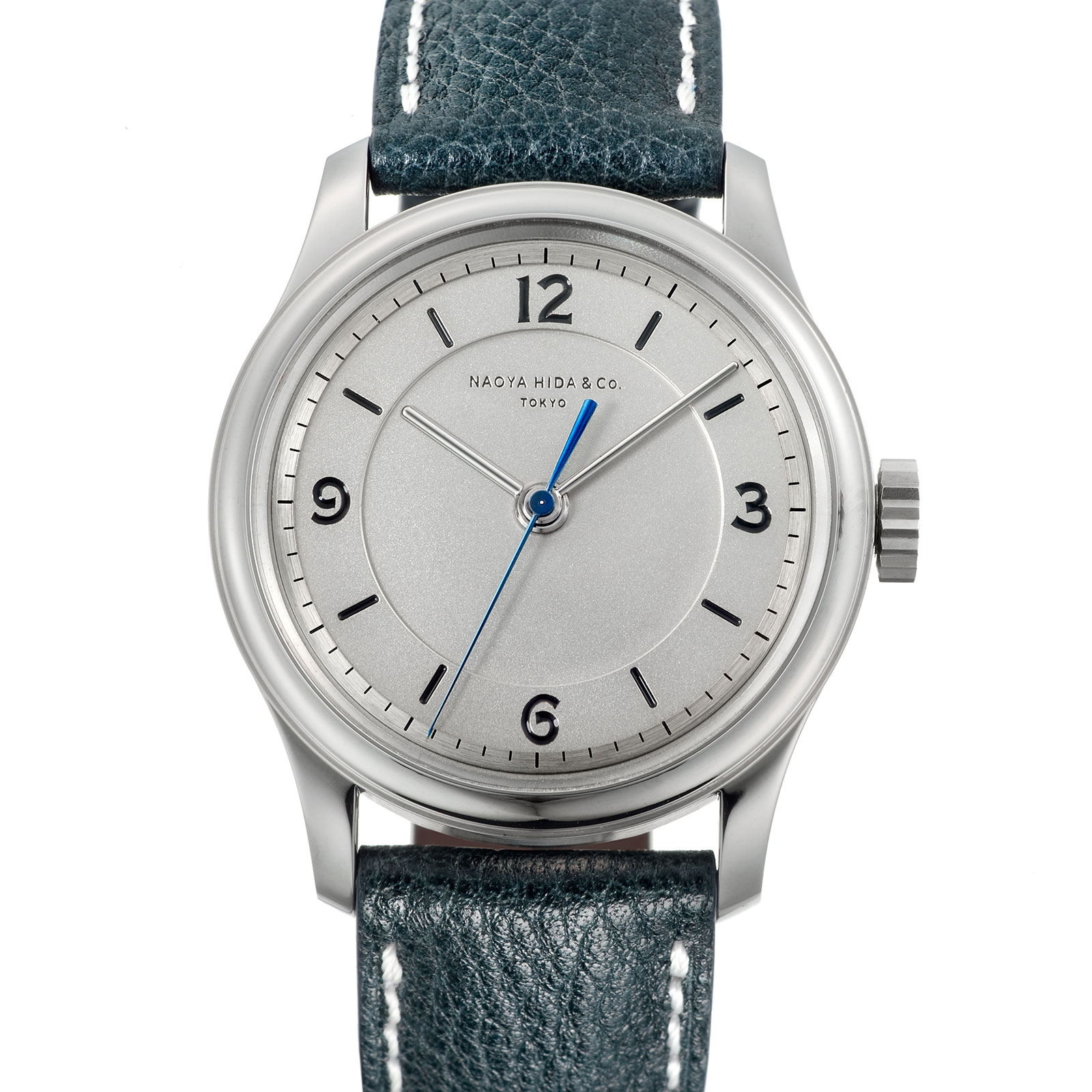 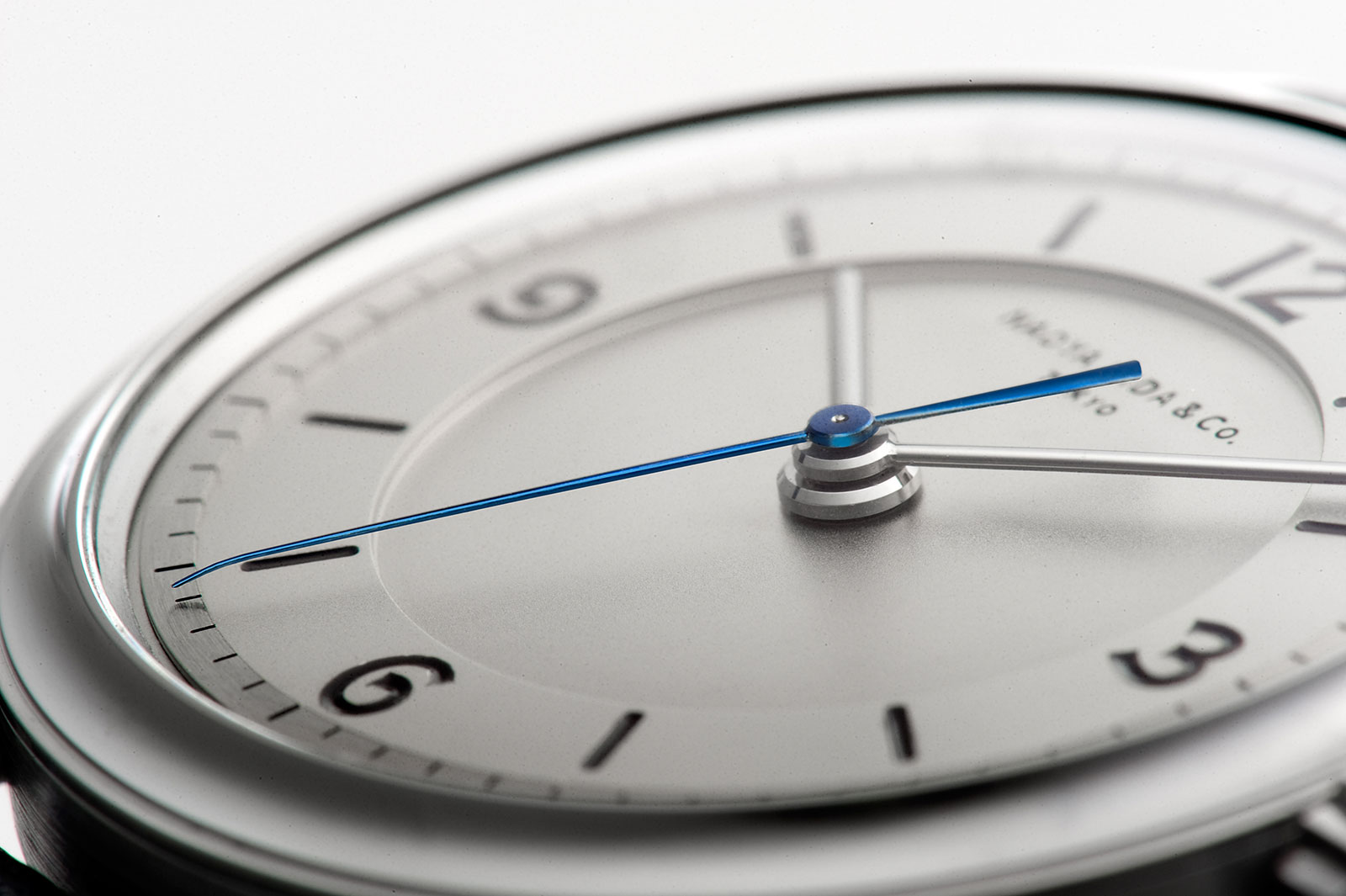 It is identical in diameter, but fitted with a higher case back in order to accommodate the modified movement that is thicker due to the indirect seconds-hand train. Limited edition: No but annual production limited to around 10 pieces per model
Availability: Direct from Naoya Hida & Co.
Price: 1.85 million Japanese yen (equivalent to US$17,100)

Limited edition: No but annual production limited to around 10 pieces per model
Availability: Direct from Naoya Hida & Co.
Price: 2.1 million Japanese yen (equivalent to US$19,400)

Naoya Hida Debuts with the Uber-Classical NH Type 1B

Vintage-inspired with an uncommon hand-wound movement.