The gradual, one-a-month rollout of the 10-piece A. Lange & Söhne 25th anniversary is, fortunately, almost at an end, with number eight just being unveiled: the Lange 1 Daymatic “25th Anniversary”.

Launched 16 years after the Lange 1, the Lange 1 Daymatic was an exercise in practicality, being the first watch in the family to be powered by a self-winding movement, the cal. L021.1. And it also included a day of the week indicator, in addition to the date.

A splitting image of the original

Though functionally different, it was a mirror image likeness the original Lange 1, featuring the familiar asymmetric dial, but inverted. A retrograde display for the day of the week replaced the power reserve of the original.

Not only does the Daymatic look like the original, it also has the same dimension, and even retains the pusher for the date at 10 o’clock. But despite the upgrades, the Daymatic has never been as popular as the original Lange 1, leaving it as the least known of the line-up.

The new Daymatic is the commemorative, white gold rendition of the model.

And, in keeping with the anniversary colour theme, it features a solid silver, argenté dial with recessed, grained segments that’s paired with blued steel hands. Instead of the applied hour markers found on the standard Daymatic, the Roman numerals and indices are printed in blue.

Visible through the sapphire caseback, the movement is technically identical to that found in the stock model. The cal. L021.1 is a more elaborate movement than the standard hand-wound L121.1 in the Lange 1.

It is made up of 426 parts and 67 jewels, significantly more than the standard Lange 1.

The bridge layout is more complex, and also enhanced by the partially skeletonised, central rotor cast in 21-carat gold with a platinum weight on the outer rim. The rotor features a relief engraving of the brand name, surrounded by a granular, hammered finish.

The movement is fitted with a free-sprung balance wheel attached to an in-house hairspring. And like all anniversary watches in the series, the usual floral engraving on the balance cock has been replaced with a special engraving and the reproduction of the outsize date displaying “25”, filled in with blue lacquer.

The watch has a relatively short power reserve of 50 hours – compared to the three days of the hand-wound Lange 1 – which is arguably less of a concern in the case of an automatic watch.

It is a limited edition of 25 watches, and will be part of the 10-piece set that will be launched in October 2019. 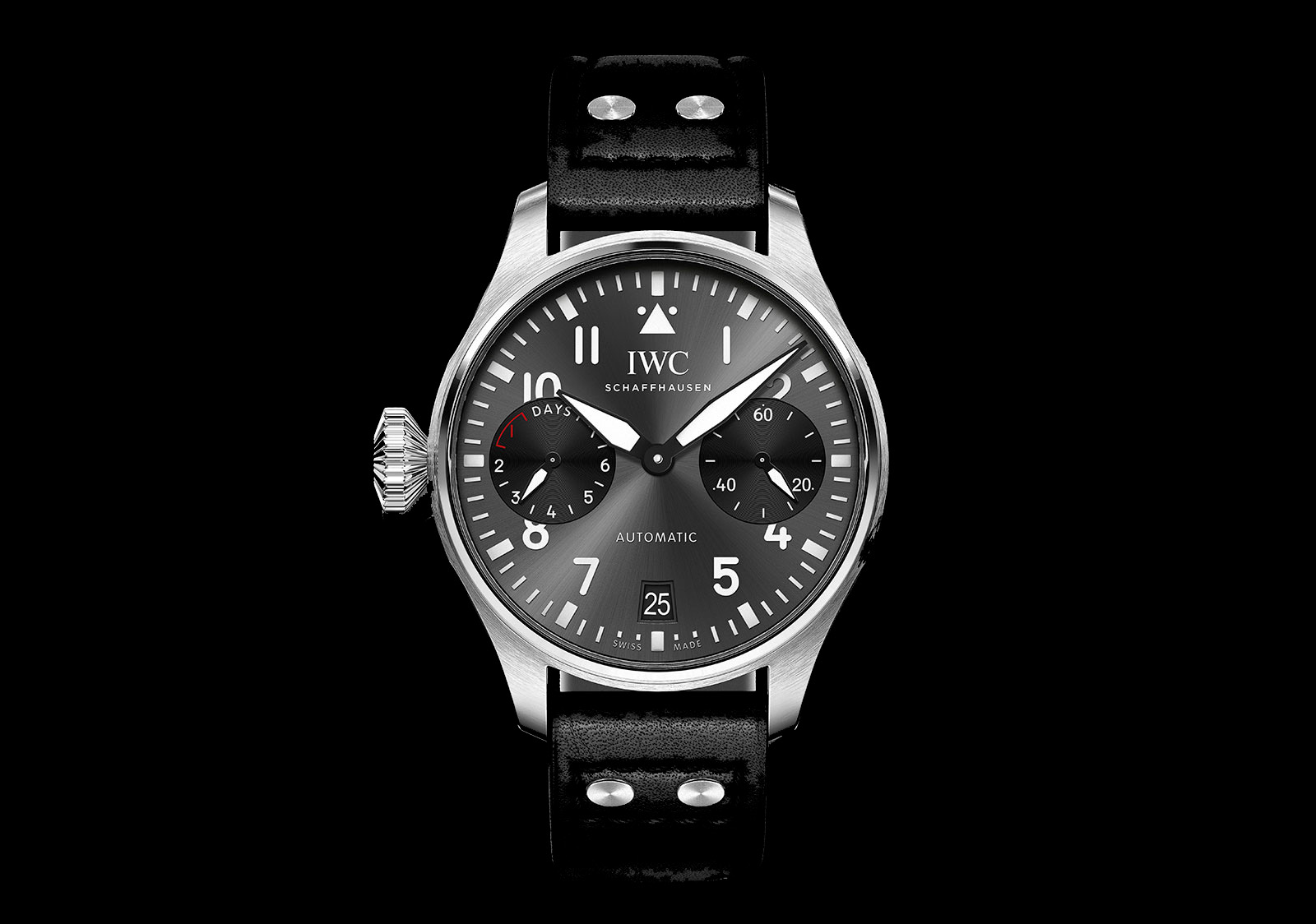 IWC’s popular, oversized pilot’s watch is already available in as many variations as the sky is high, but the latest limited edition – the Big Pilot’s Watch “Right-Hander” – is the first that’s a “destro”. Italian for “right”, destro is a nickname often applies to watches with a left-handed crown, and thus catered to right-handed people.

Because the onion-shaped crown sits at nine o’clock instead of the usual three, the movement inside has been rotated 180 degrees, bringing the power reserve indicator to nine o’clock as well.

For those wondering if this is inspired by a historical, “destro” pilot’s watch, the answer is no. This is just a reinterpretation of a bestselling model. 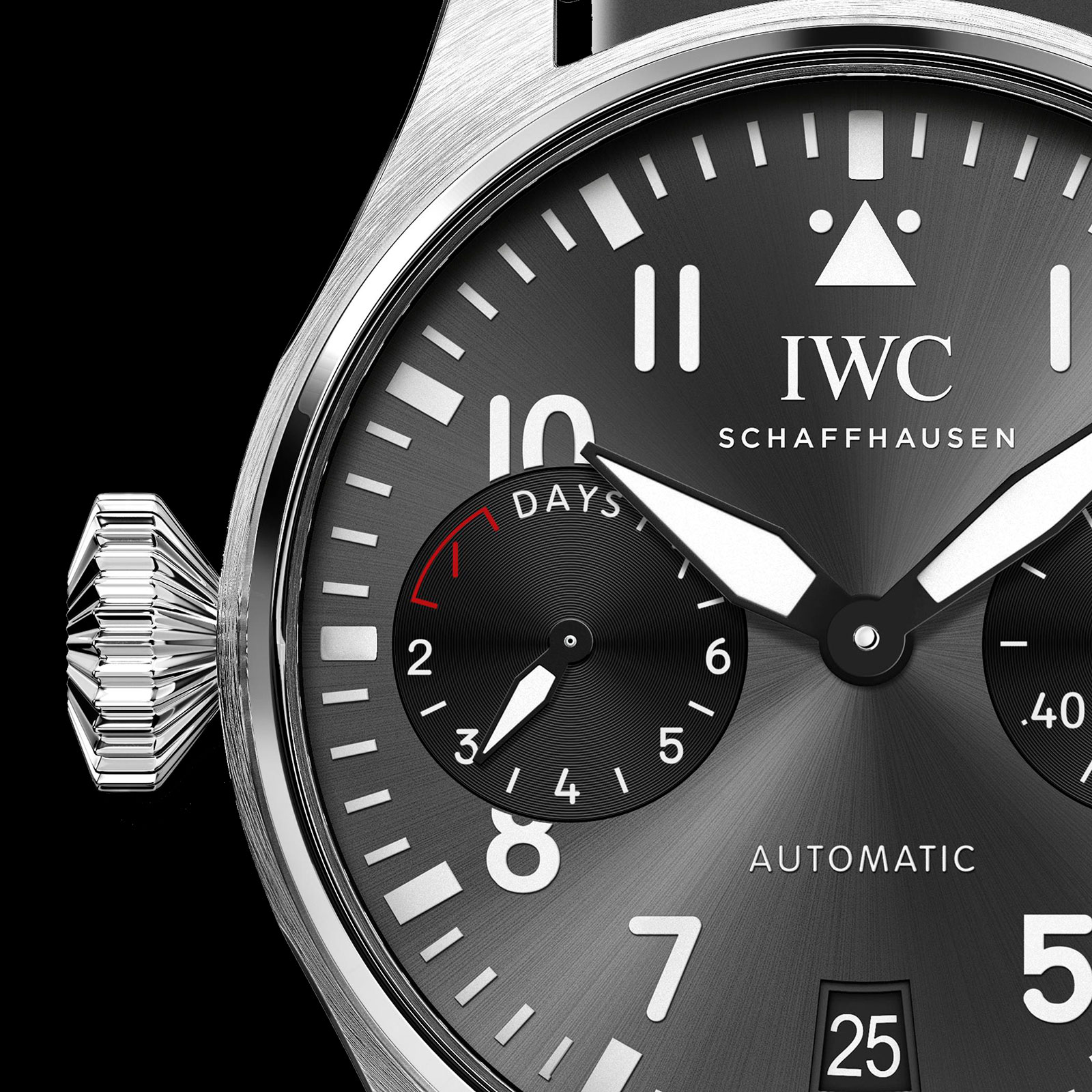 Crown-aside, the look is pretty much stock Big Pilot. The dial is a dark grey, with luminous markings and hands in white SuperLuminova.

The rest of the watch is identical to the standard model. The steel case is 46.2mm in diameter, with automatic cal. 52010 inside. It’s the second generation of the flagship IWC automatic movement, featuring a seven-day power reserve and a Pellaton winding mechanism with its pawls and winding wheels in wear-resistant ceramic.

It will be available starting August 2019 in Australia and France, followed by the rest of the world in November 2019, at both IWC boutiques and retailers.