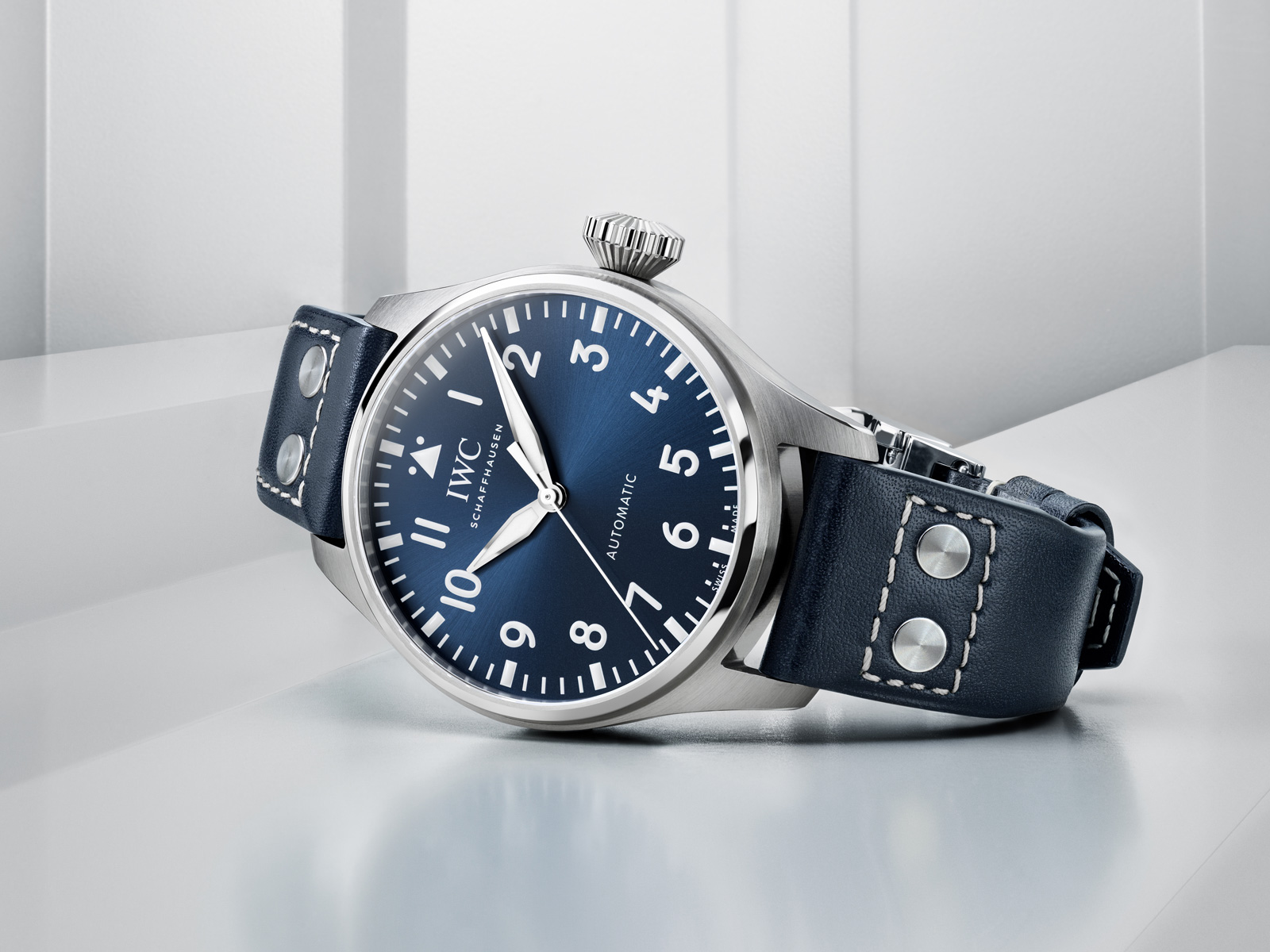 One of the five makers of the beobachtungsuhr, or B-uhr, supplied to the German Luftwaffe during the second world war, IWC is perhaps best known for its pilot’s watches. And the quintessential modern-day IWC pilot’s watch is arguably the Big Pilot’s Watch, which is modelled on the oversized B-uhr (which translates “navigation watch”).

Watches and Wonders 2021 sees a litany of new Pilot’s Watches from IWC, including the Big Pilot’s Watch 43, a more wearable, 43 mm version of its extra-large aviator’s watch that was historically 46.2 mm. The reduction in size is made possible due to the cal. 82100, instead of the seven-day cal. 52110 found in its larger brother.

Available with black or blue dials, along with the option of a bracelet, the new Big Pilot sticks to traditional dial colours, with no green on offer, despite the faddish colour being found on the Pilot’s Watch Chronograph 41 that’s being launched at the same time. 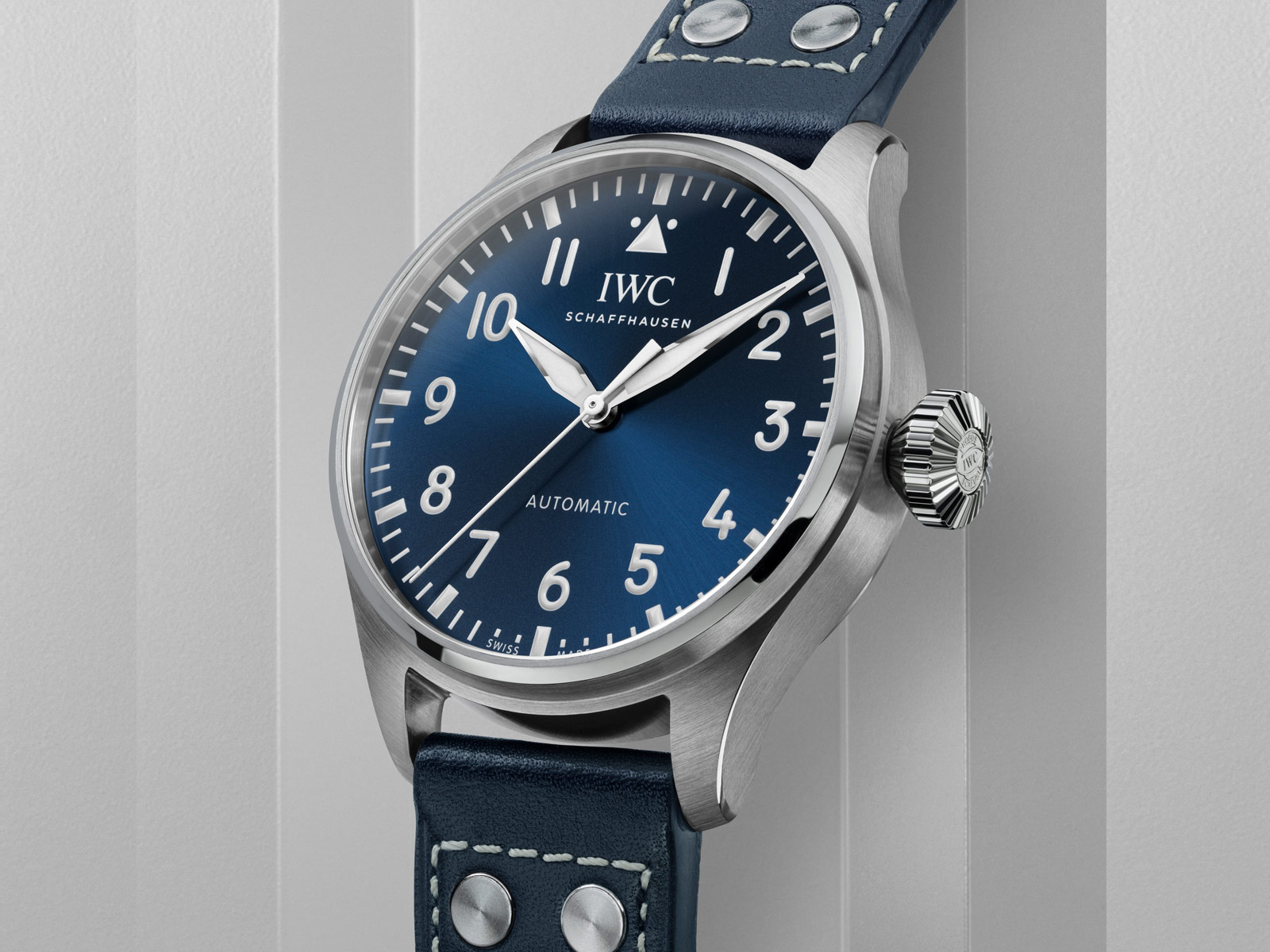 The Big Pilot Watch 43 in blue

A theme at this year’s Watches & Wonders seems to be downsizing – brands from Rolex to Panerai seem to be responding to rising demand for smaller cases. By shrinking the Big Pilot from 46 mm to 43 mm, IWC caters to those who still want a biggish pilot’s watch, but one that will be easier to wear.

Aside from the reduced size, the new Big Pilot 43 has been pared back in terms of design (which is also a consequence of the new movement). Gone are the date and power reserve display indicator that were signatures of the original Big Pilot. Instead, the new Big Pilot is a simple three-hander, the most minimalist iteration of the model yet. And that’s also historically accurate, since the air force B-uhr were time-only as well. 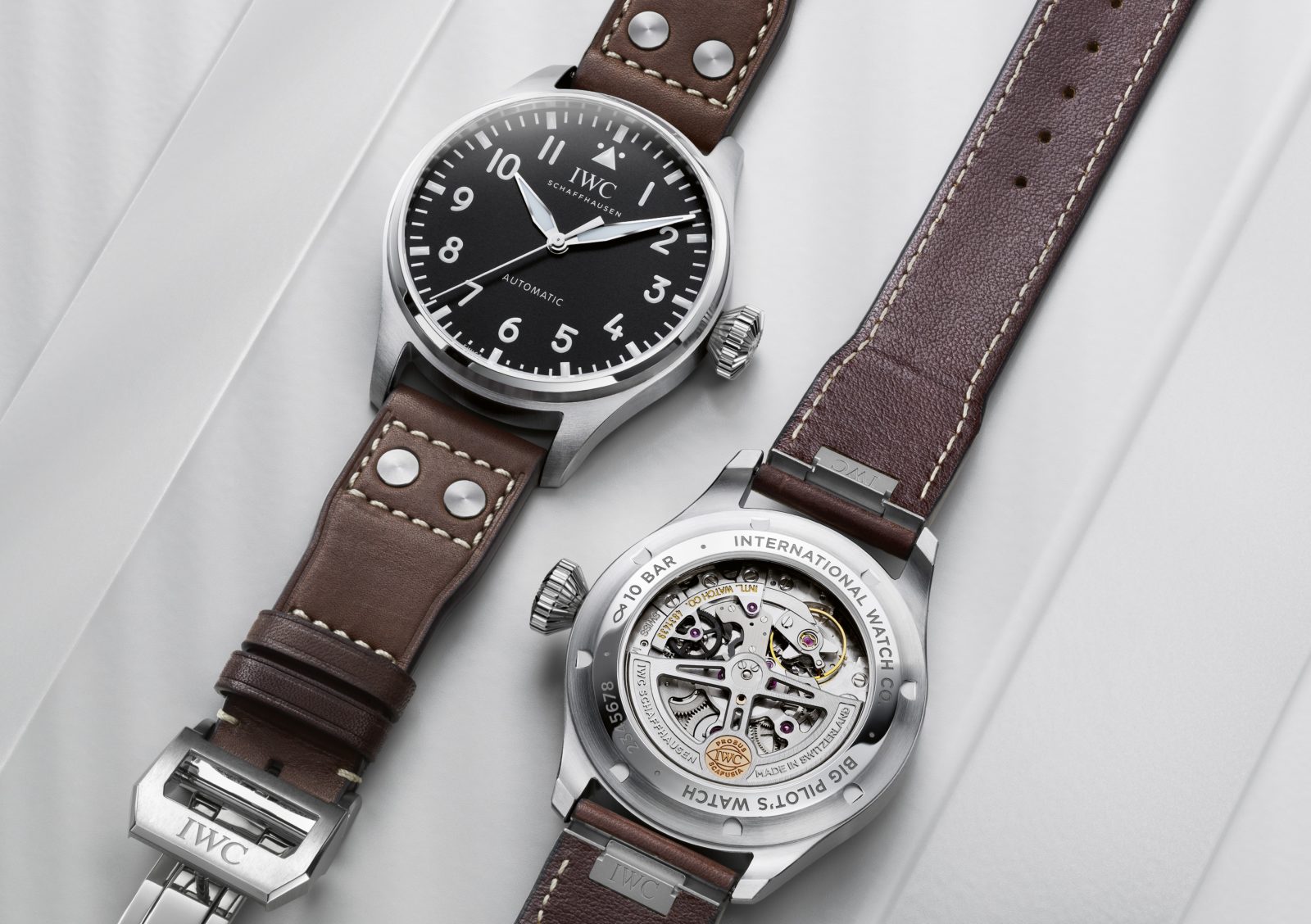 The Big Pilot’s Watch 43 in black

All three references of the new model are handsome, and evoke a utilitarian quality well suited to the flieger design. My pick of the lot is the blue dial with a leather strap. The sunburst blue dial is striking, while the riveted strap plays to the aviation theme.

Starting at US$8,400 on a leather strap, the Big Pilot’s Watch 43 is significantly cheaper than its larger predecessor, which has a price tag of US$12,900. It is the most affordable Big Pilot to date – albeit with a simpler movement – making it a notable value proposition. 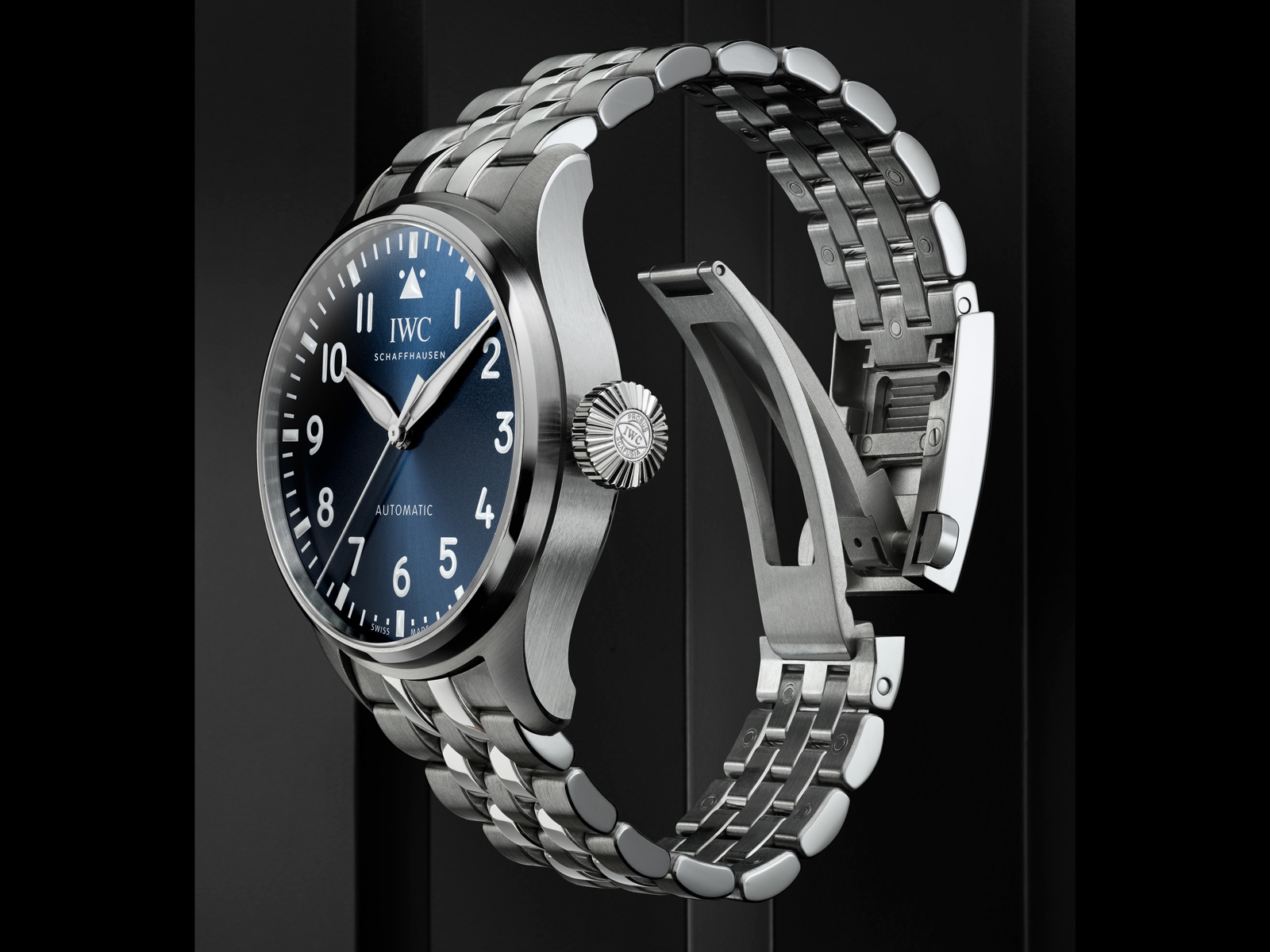 The bracelet version costs a tad more at US$9,350

With its minimalist aesthetic, the Big Pilot 43 is as legible as they come, and a classic design that will likely endure the test of time. Augmenting the look is the oversized, conical crown that’s a signature of IWC’s aviator’s watches and modelled on the “onion” crown of the vintage B-uhr.

While smaller, the case is finished similarly to that of the large Big Pilot, with a combination of satin-brushed and polished finishes. 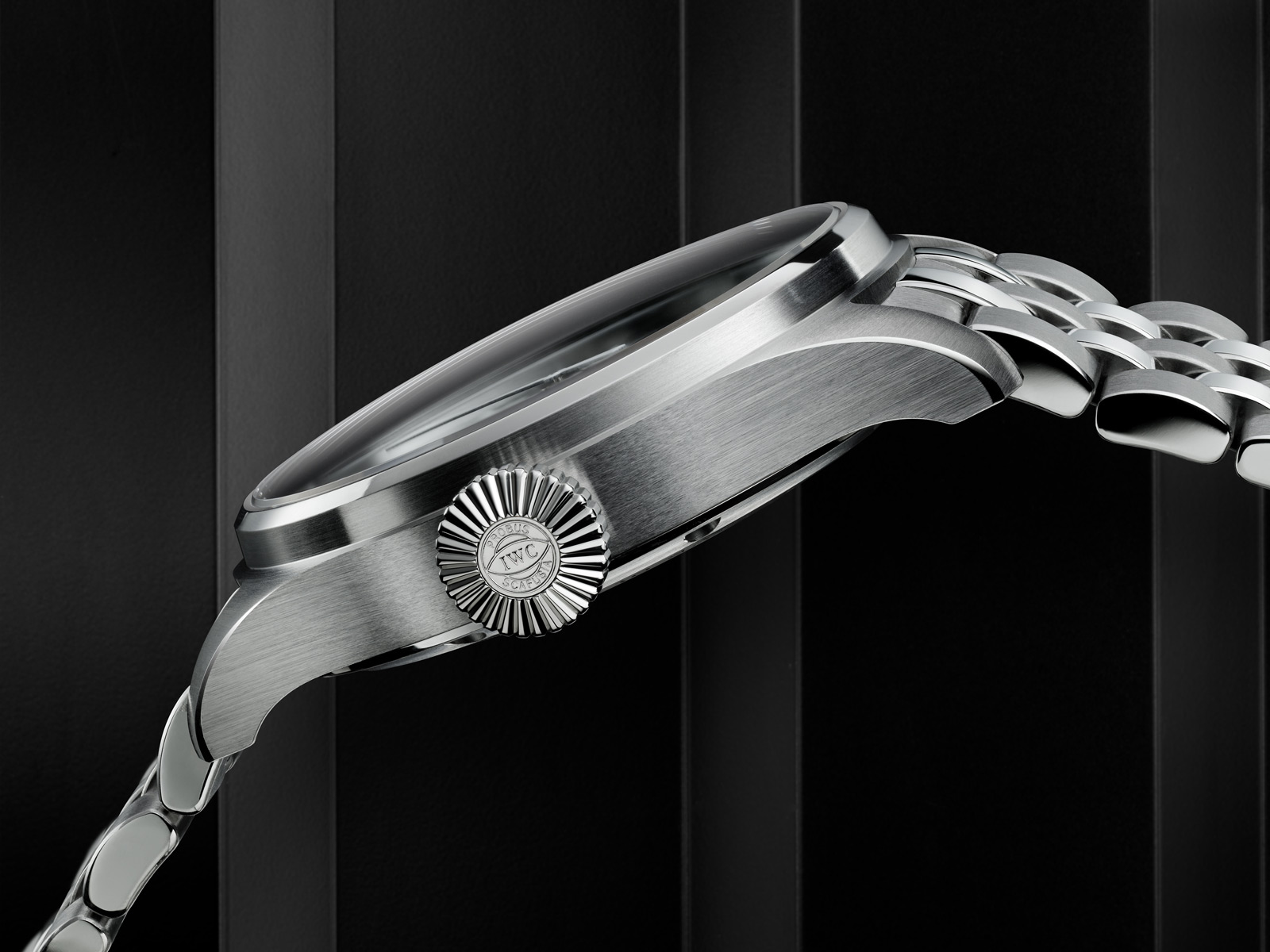 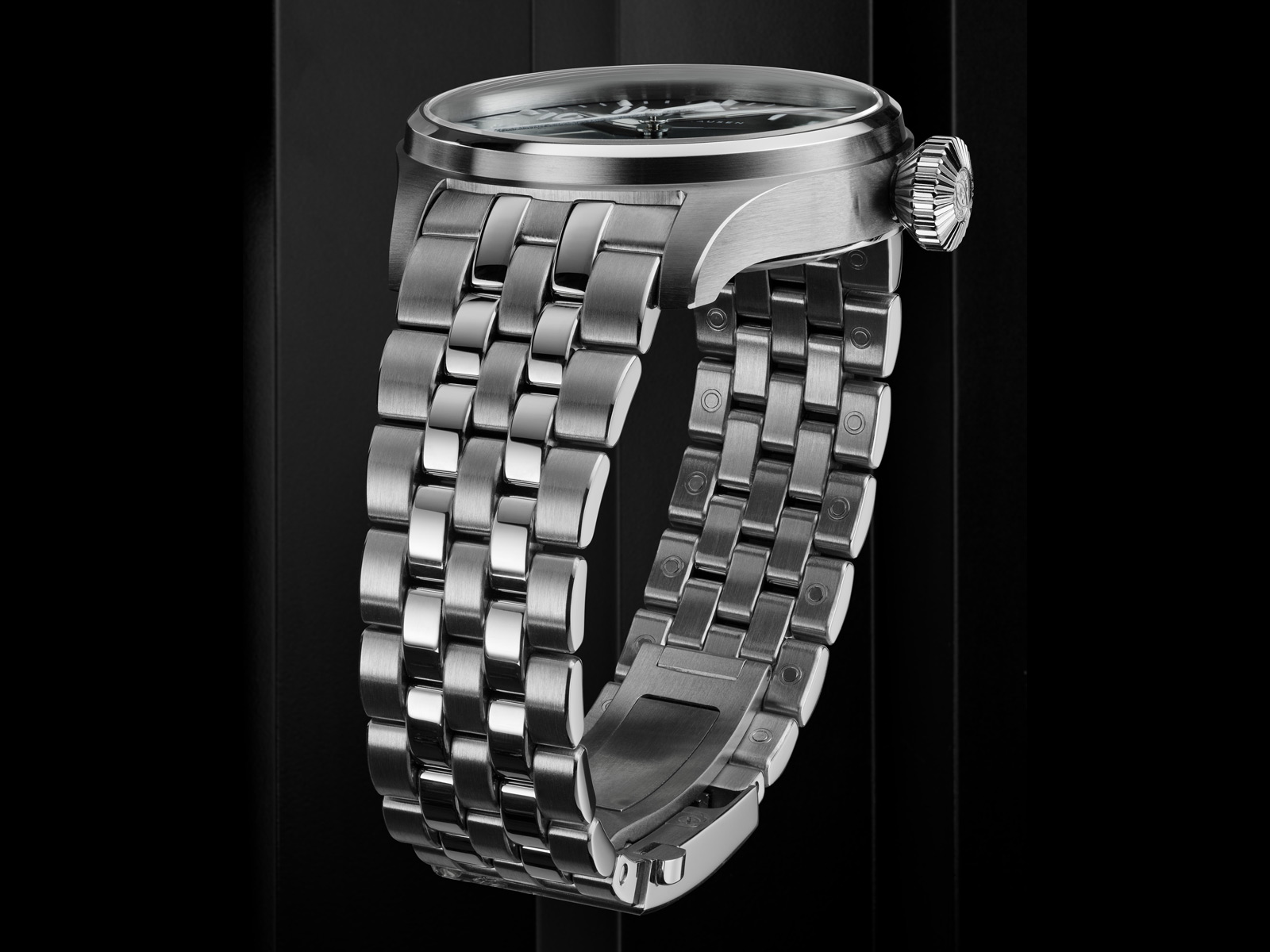 Inside is the in-house cal. 82100 that features the efficient Pellaton automatic winding system that’s a longtime IWC invention, but improved with its pawls and wheel in wear-resistant ceramic.

While well short of the seven days of the cal. 52000 in the original Big Pilot, the cal. 82100 has an above-average power reserve of 60 hours. And it’s also decorated with Geneva stripes and perlage, improving the view through the sapphire case back. 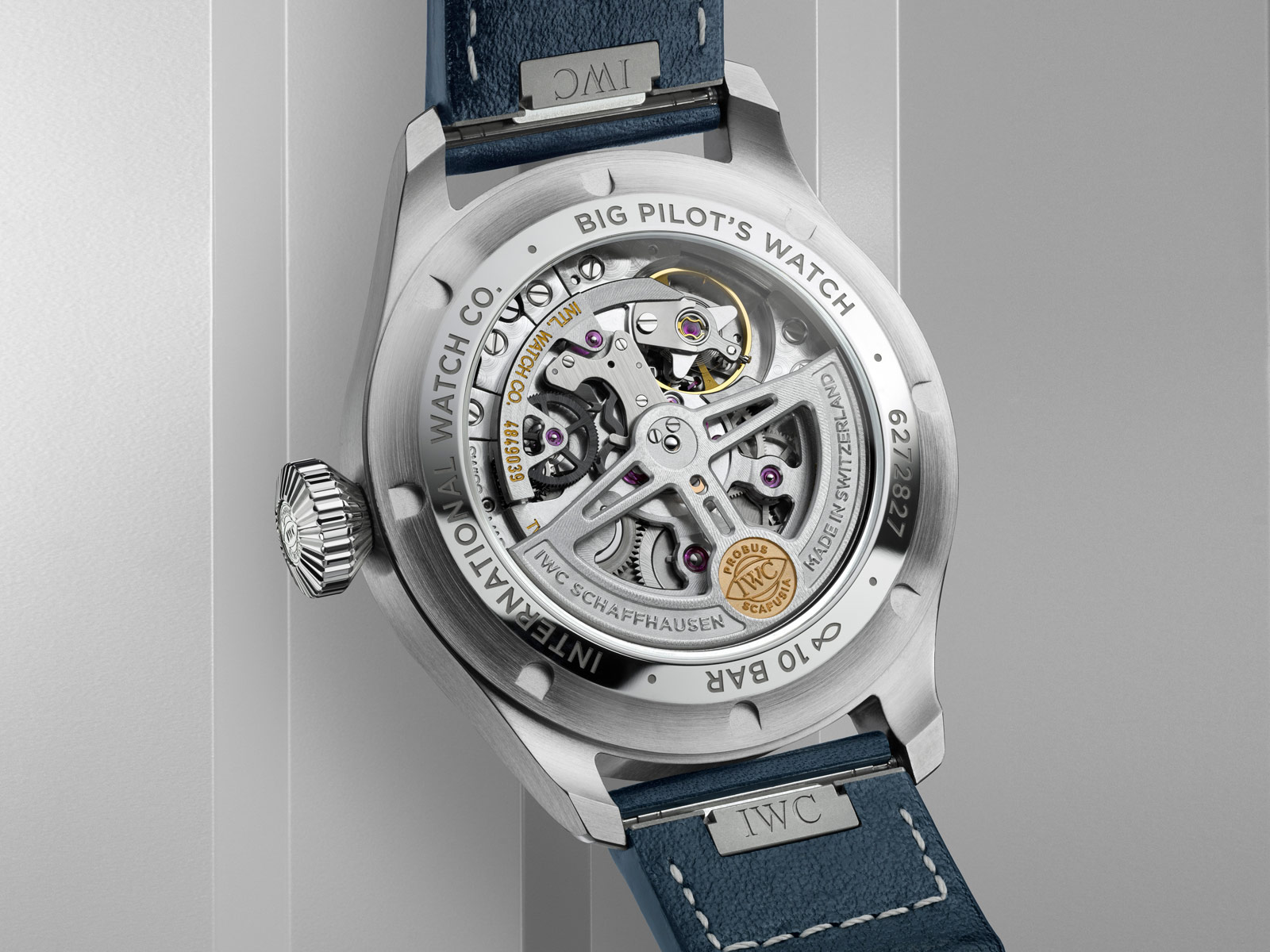 Additionally, the new Big Pilot is equipped with EasX-CHANGE. A quick-release mechanical for the strap, it requires pushing down on a recessed button on the back of the strap or bracelet to release it from the spring bars, allowing the wearer to switch straps with ease. 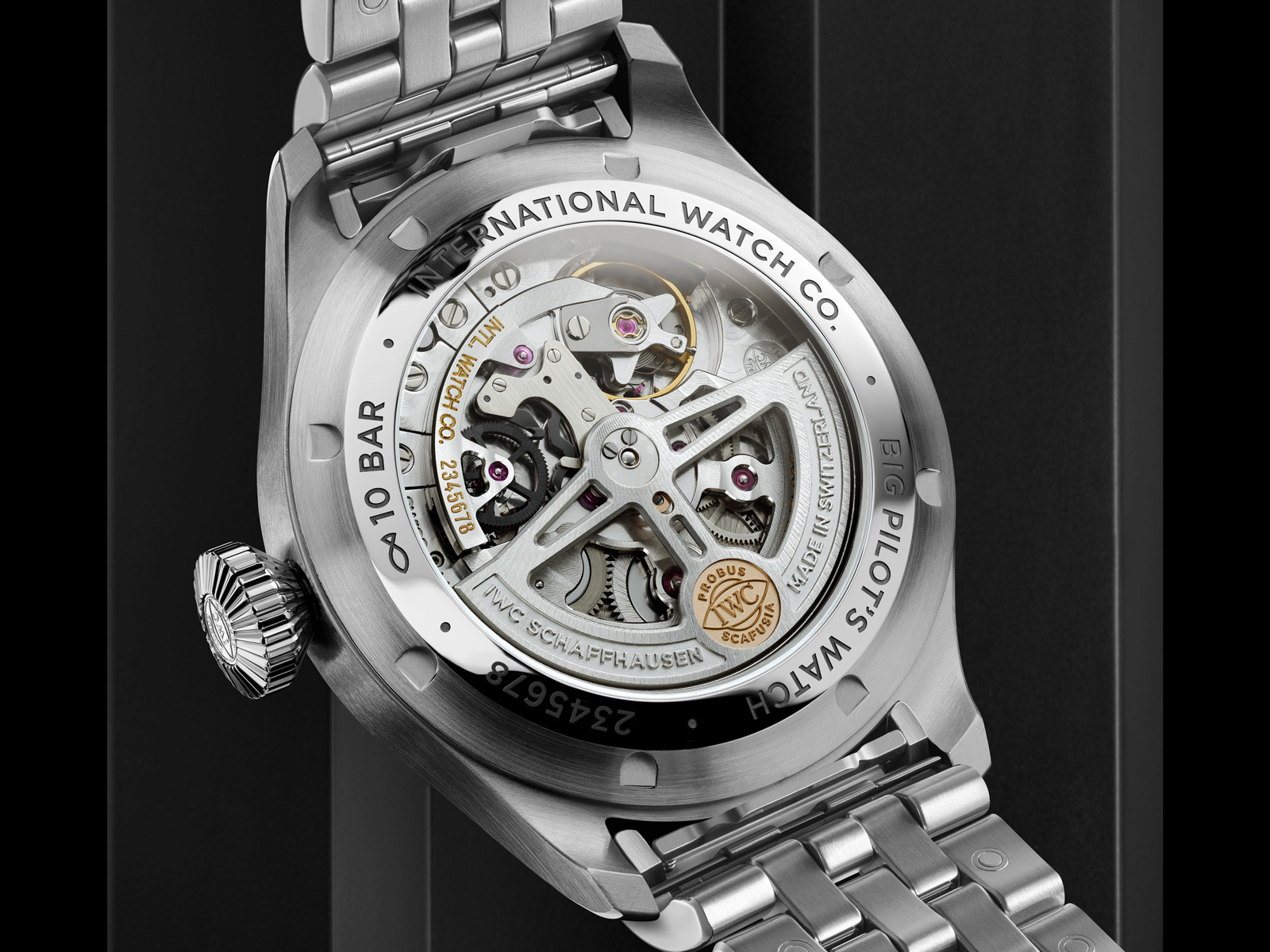 Availability: From IWC boutiques and authorised retailers
Price: US$8,400 (leather); US$9,350 (bracelet)

In steel as well as Rolesor.