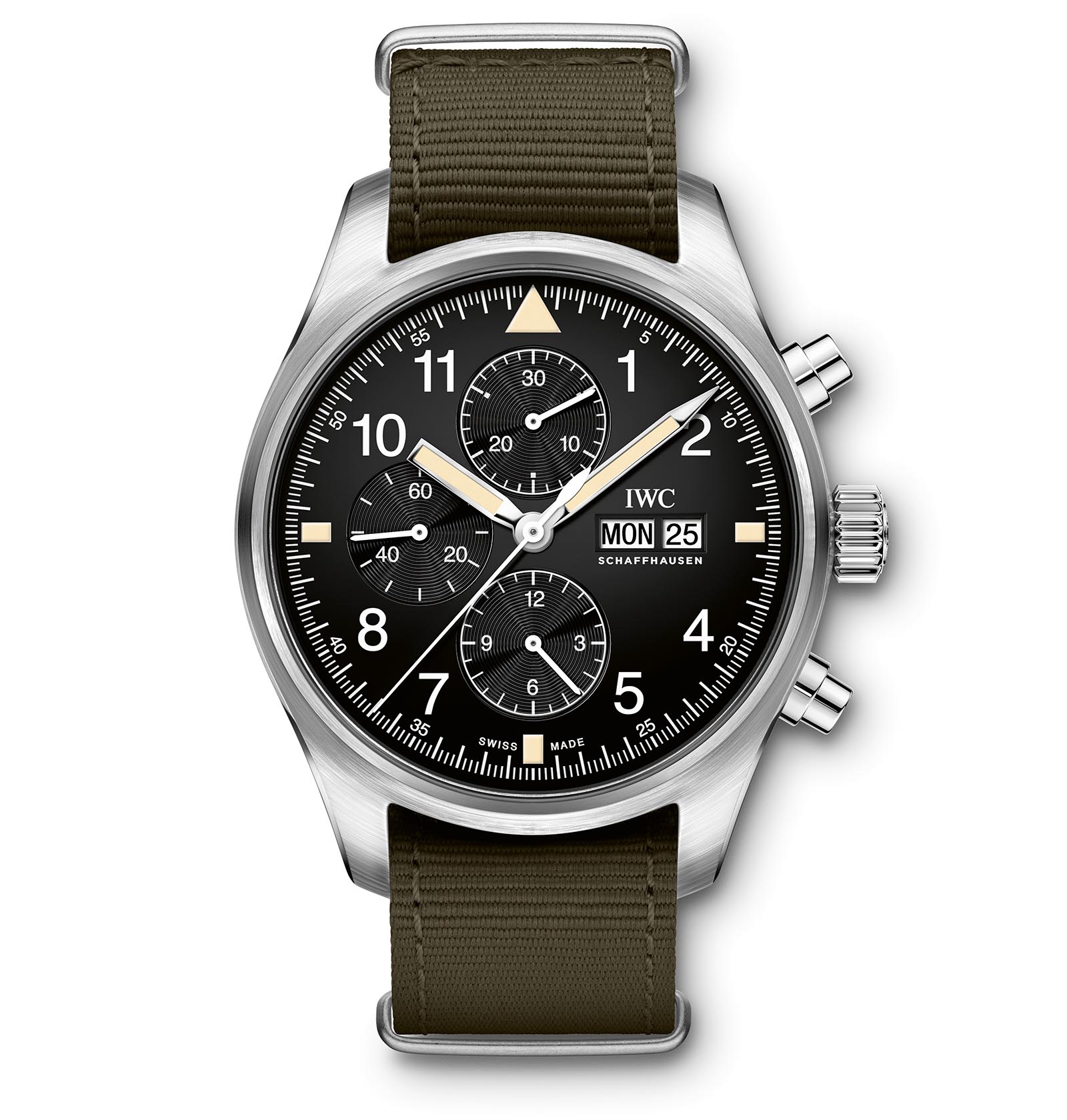 Produced from 1994 to 2005, Der Fliegerchronograph ref. 3706 was IWC’s first mechanical pilot’s chronograph, and one of the bestsellers during a period the IWC was resolutely Swiss-German. Together with the Mark XII and Der Doppelchronograph, it marked the return of IWC pilot’s watches in the post-quartz era. All of them relied on the same design language, inspired by the Mark 11 made for the Royal Air Force in the 1950s.

With the Mark XII just having been remade, now it’s the turn of the Pilot’s Chronograph (English only please), as an online-only reissue of the original. The most significant difference is size, it’s now 43mm compared to 39mm before.

The design of the dial is virtually identical, right down to the day-date display. Unlike the current line-up of Pilot’s watches, the reissue has baton hands, a slim typeface as well as a quarter-seconds track for measuring shorter periods of time – just like the original ref. 3706. In fact, it almost looks like how a 20-year old ref. 3706 would look today, with faux-patina lume on the indices and hands that mimic the look of aged tritium. And the remake is powered by the same movement, the cal. 79320, which is still based on the reliable Valjoux 7750. But because the case has been enlarged while the movement diameter stays the same, the proportions of the dial are noticeably different from the ref. 3706.

As with all IWC pilot’s watches past and present, the movement is protected by a soft iron, antimagnetic inner cage. Delivered on a green fabric NATO-style strap, the IWC Pilot’s Watch Chronograph Ref. IW377724 is available exclusively in the USA on iwc.com, priced at US$4,950, until September 2018. It will be available worldwide starting October 2018.