Before bronze became the modish material for dive watches, Panerai got there first with the Bronzo PAM 382 in 2011. Since then, there have been multiple iterations of the Bronzo – which had a 47 mm case – with the latest being the PAM 968 introduced two years ago. 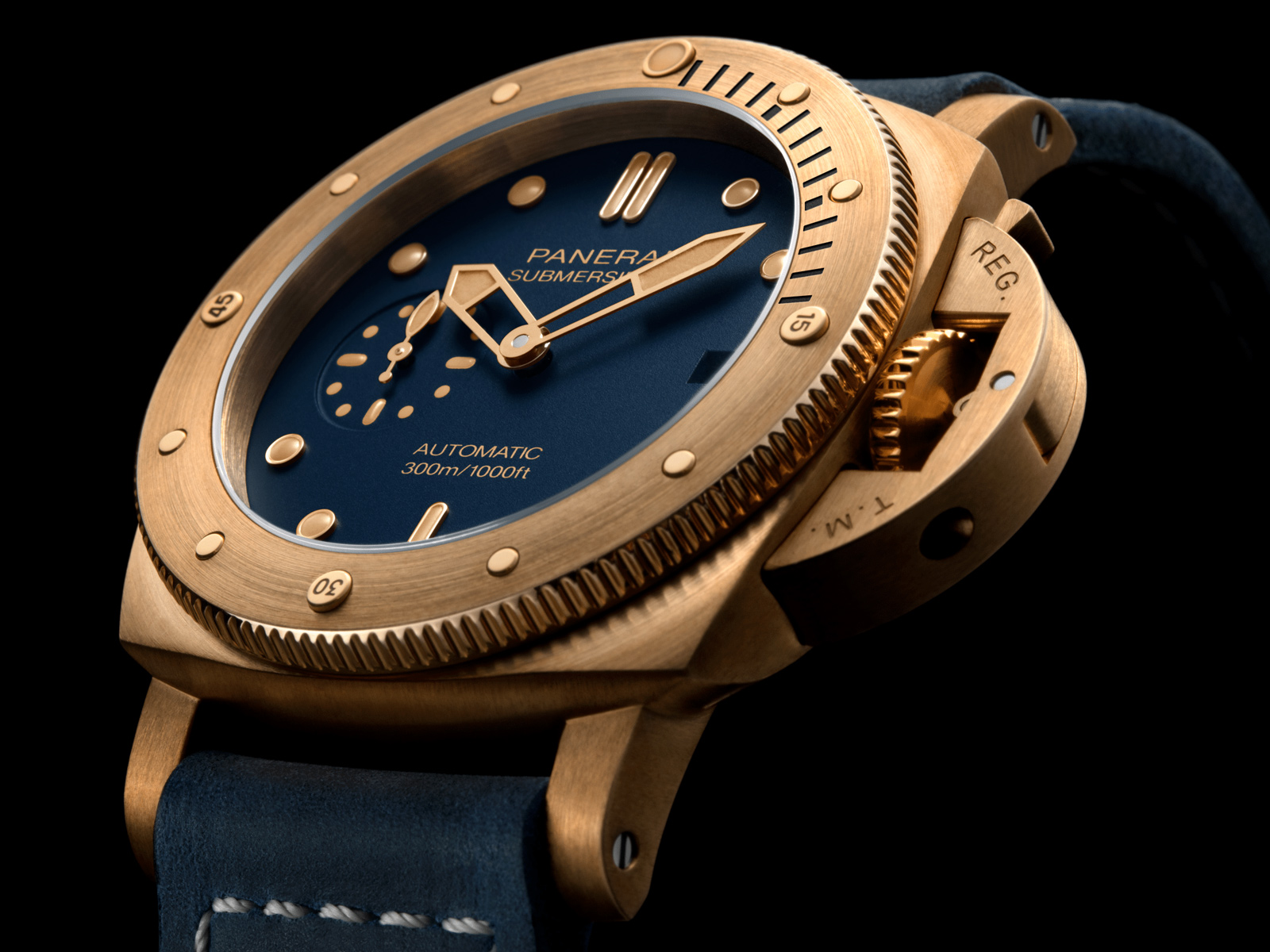 If the new Bronzo looks familiar, that’s because the bronze-and-blue guise has been done before with the Bronzo PAM 671 of 2017.

But there’s a significant difference: the smaller form factor of the new PAM 1074, which is eminently more wearable at 42 mm. It’s still a sizeable watch, but by Panerai standards, the PAM 1074 is a small watch. Not only does that make it more appealing as an everyday watch, the smaller size also makes it a practical option for female watch enthusiasts. 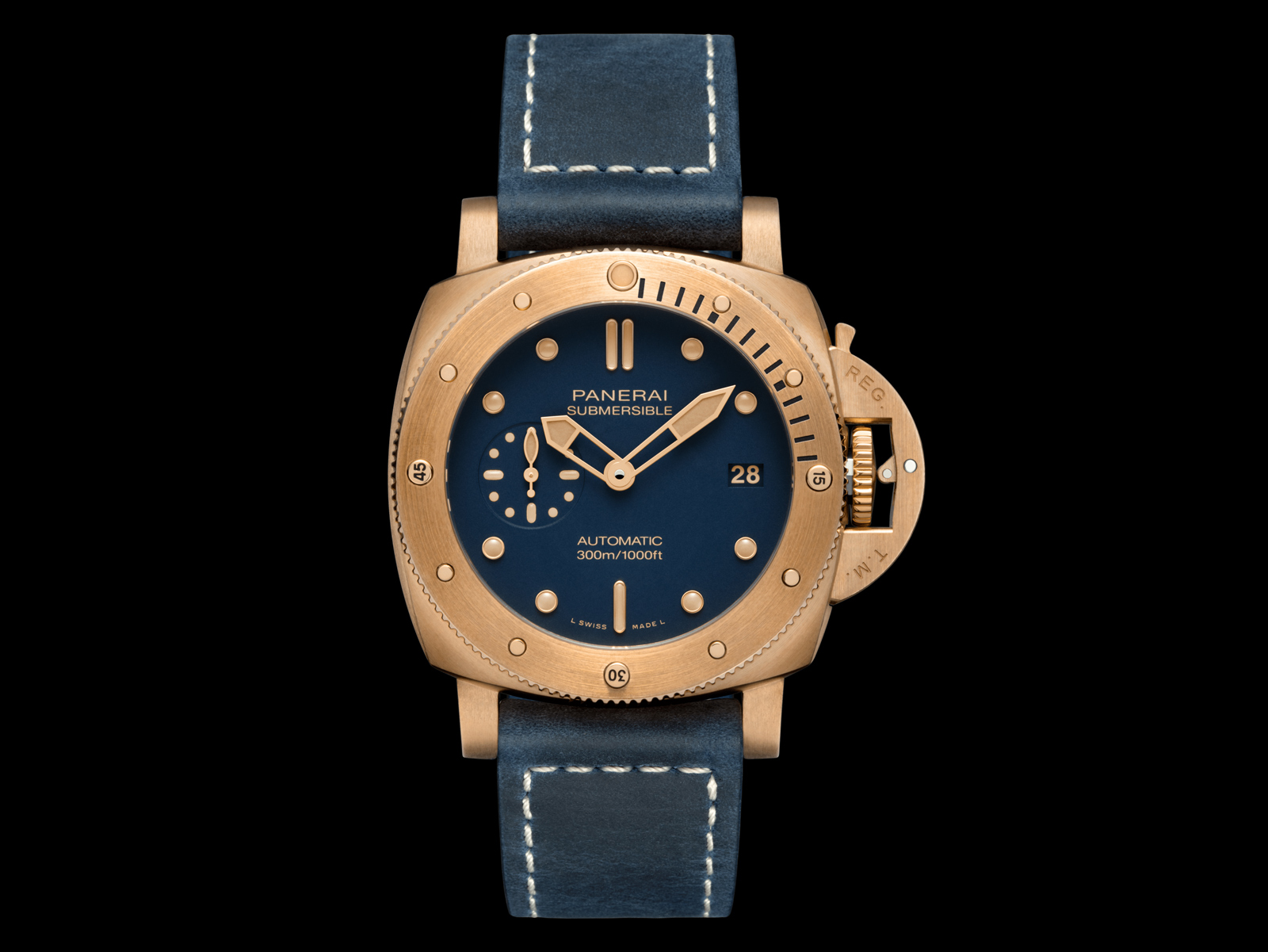 Despite the reduced size, the watch is distinctly Panerai in style. And the bronze and blue combination remains striking. The beige Super-Luminova and oxidised bronze will give the watch a well-worn look that is thematically congruent with the Submersible’s status as the brand’s “tool” watch. And though it complements the bronze case, the heavy dose of faux patina may prove divisive, especially those who prefer a clean, white lume.

At US$15,900, the latest Bronzo is priced at the mid-range of Panerai’s offerings, and is fair value as far as Panerai watches go. In fact, it’s slightly cheaper than the PAM 968, though that had a ceramic bezel. But against the broader market, especially for a case in bronze – which is neither a precious metal nor one that’s hard to work – it is pricey.

Blue and gold have always been a winning combination, and the PAM 1074 is no exception. Over time, the bronze case and bezel will develop verdigris, the bright, blue-green patina that develops on the surface as a result of oxidisation, resulting in an aged appearance (and a possible allergic reaction upon prolonged contact with skin). The dial sticks to the design of the original Bronzo, with applied baton-and-dot markers along with skeletonised hands that are unique to the Submersible line.

Beneath the hood is the Panerai’s in-house P.900. Essentially a slimmer version of the P.9010 that powered previous Bronzos (and also found on some of the Luminor Due models), the P.900 features three days of power reserve and date function.

The movement is visible through an exhibition case back that’s made from titanium as to prevent the wearer from developing potential allergic reactions to verdigris. 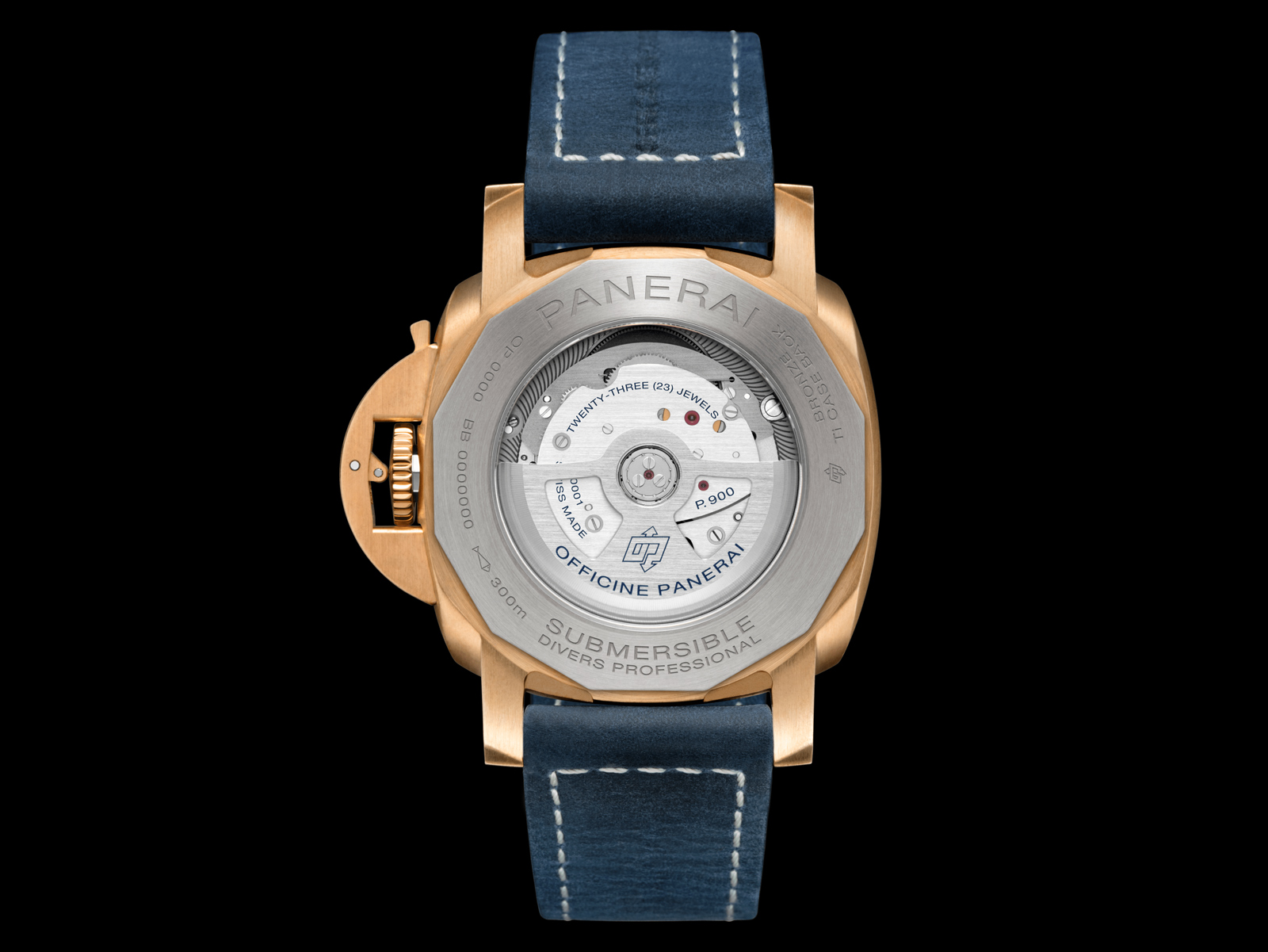 A Panerai PAM382 Bronzo after a month

Exploring The Patina Of The Panerai Submersible Bronzo PAM382