With one watch unveiled each month since January, we are now more than halfway through the 10-piece Lange 1 “25th Anniversary” set.

The latest addition, the Lange 1 Moon Phase “25th Anniversary” was supposed to be launched in June, but instead made its debut this month to coincide with the opening of the brand’s Zurich boutique. 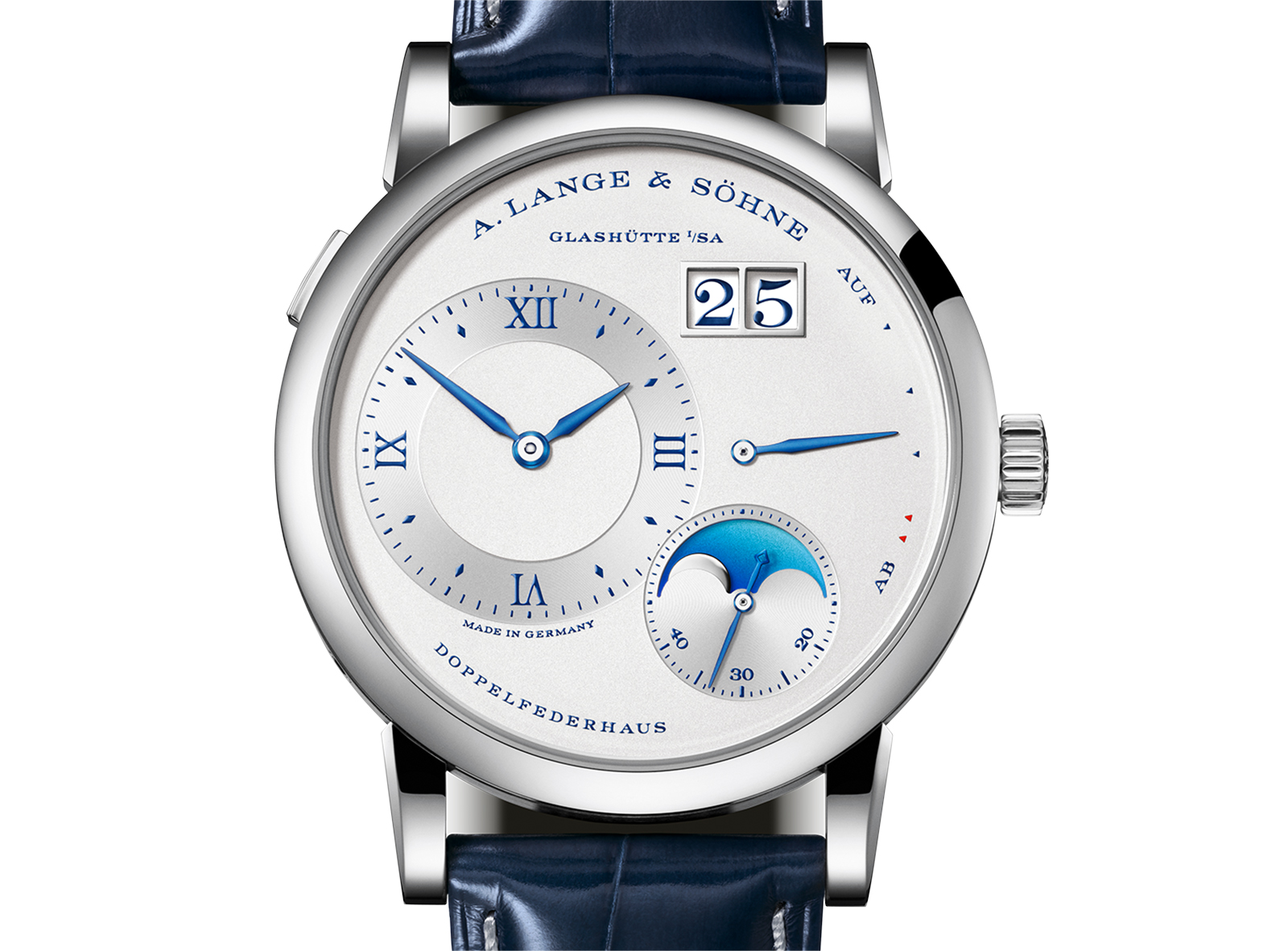 The new and improved Lange 1 Moon Phase was novel for the fact that its moonphase display also doubled up as a day and night indicator. Instead of a single disc with two fixed moons as is convention, the display relies on a rotating figure of 8, with each end forming one gold moon.

The “8” is superimposed on an independently revolving blue disc that represents the sky. Half the disc is in a light blue, indicating day time and the second half is dark blue for the night sky, with laser-cut stars dotting it. 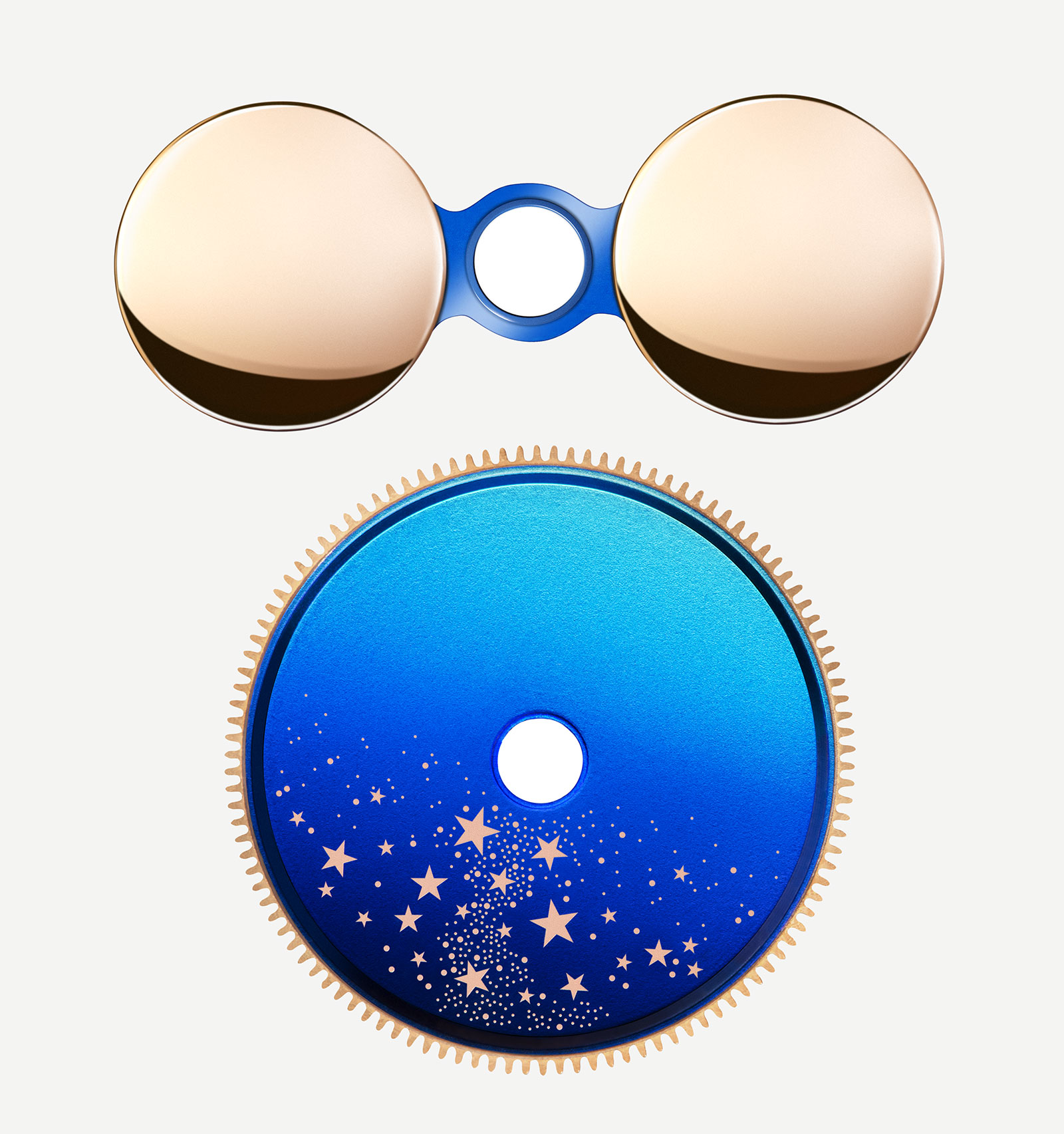 The deconstructed display of the Lange 1 Moon Phase

On the commemorative Lange 1 Moon Phase “25th Anniversary” however, the moons are in white gold keeping in line with the anniversary colours of silver and blue.

The dial of the watch is solid silver, with blued steel hands and blue printed numerals.

Visible through the sapphire case back is the 25th Anniversary set’s signature engraving on the balance cock of the calibre L121.3, with the number “25” worked into the motif that has been filled in with blue lacquer.

The handwound L121.3 is based off the L121.1 movement that was introduced in 2015 with the second generation Lange 1.

Features of the calibre include a three-day power reserve on account of the double mainspring barrels, an instantaneous date and a seconds that stops at zero when the power reserve runs out.

Interestingly, the L121.3 is only 0.4mm thicker than the standard Lange 1, even with the moonphase display and day/night indicator that required 70 extra components.

There are only another four more limited editions to be announced before the actually anniversary in late October. All 10 anniversary watches will be sold as a set – with only 25 sets in total – but each watch has its own retail price, making it possible for a retailer to split a set.