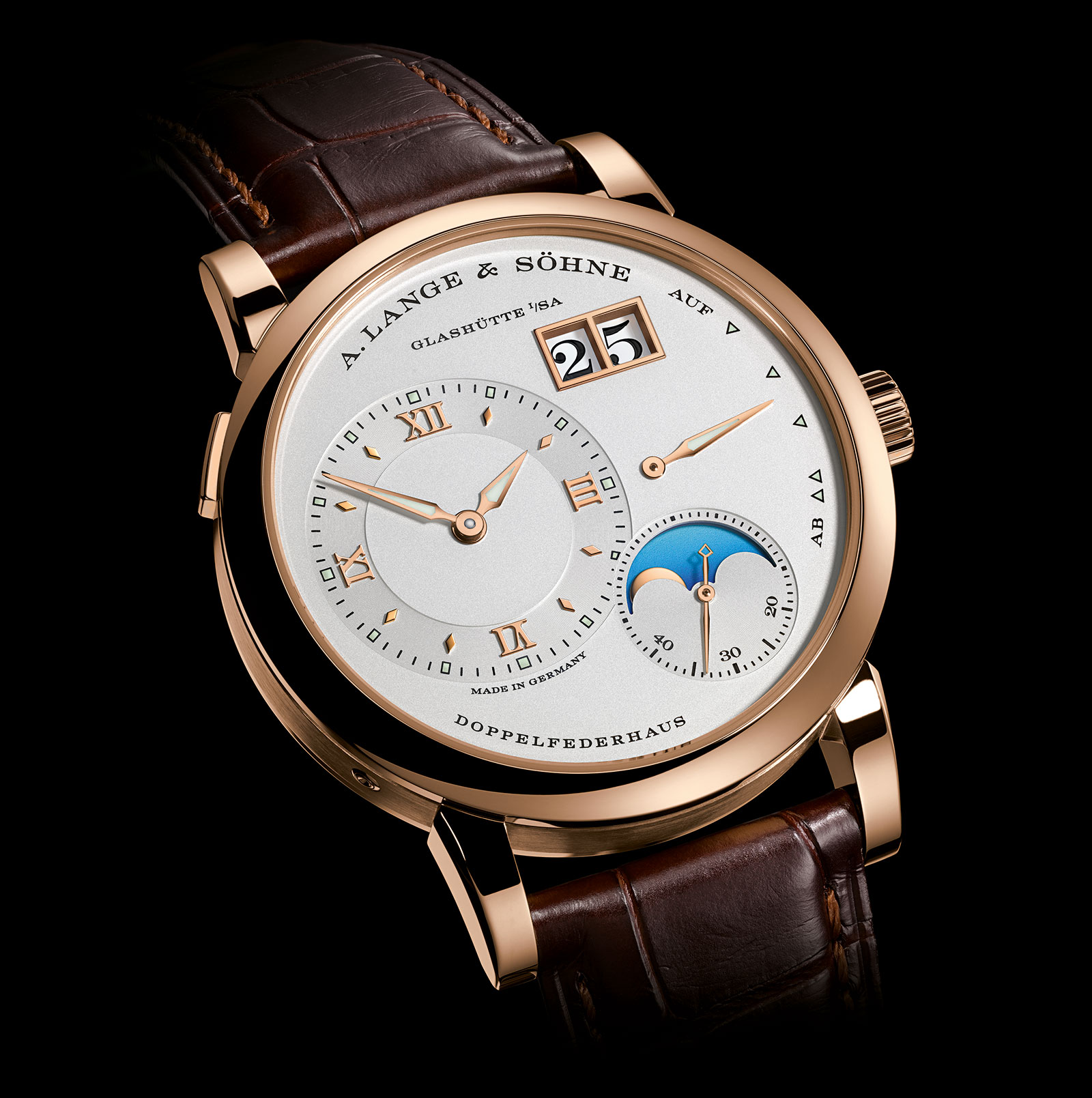 Last year A. Lange & Söhne facelifted its most recognisable wristwatch, the Lange 1. The German watchmaker kept the design almost identical, save for minor tweaks here and there, while installing a newly developed, functionally superior movement. Now Lange has done the same with the Lange 1 Moon Phase, but added an extra complication in the form of a discreet day and night indicator integrated into the moon phase display.

The second generation Lange 1 Moon Phase underwent the same redesign as the Lange 1. While the case remains the same 38.5mm in diameter, the bezel has narrowed and now has a tiny step upwards where it meets the sapphire crystal. Likewise the dial retains its distinctive layout, but the typeface for the letters and numbers has changed, while the sub-dials are now finished with fine concentric engine-turning. Seventy extra parts were required for the moon phase display, making the movement slightly thicker, but not by much. The new movement is 6.3mm high compared to the 5.7mm of the basic Lange 1.

The moon phase is accurate to a day in 122.6 years, which is the same as the previous model as well as most ordinary moon phase watches. But the moon phase display is actually a moon disc shaped like a figure of “8” that sits against a blue background, rather than a conventional full disc. While the moon days takes about 29.5 days to complete one revolution, the day and night disc that sits below makes one complete round every 24 hours. During the day it is a pale blue, gradually turning dark blue towards nighttime, with laser cut stars dotting the night sky.