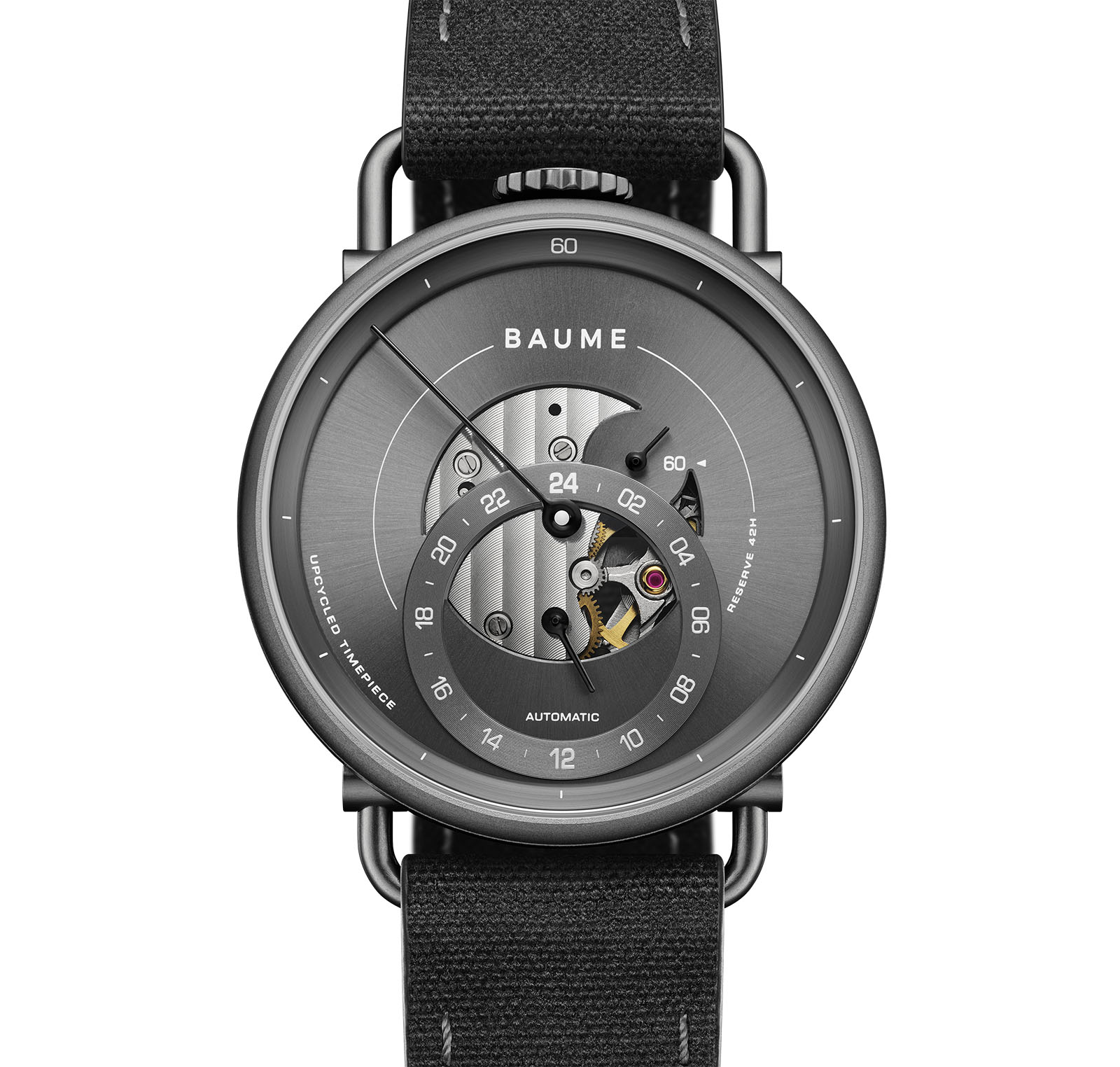 From its launch announcement Baume sets itself out to be different. While Richemont’s stable of brands typically describe themselves in a refined form of Franco-English sprinkled with terms like savoir faire and patrimony, Baume speaks in what Financial Times columnist Lucy Kellaway has variously labelled management jargon and corporate claptrap.

It’s less about watches than “encouraging individuals to participate in a design-led global conversation.” Its time pieces will boast “considered design” and be made of “sustainable, recycled, and up-cycled materials.” And Baume has no chief executive or president, rather a “brand leader” (who was formerly the Product Marketing Director at Baume & Mercier).

While Baume says many things in its launch announcement, including its desiring of “committing to the power of collaboration within a circular economy”, it leaves out the fact that its products feel, for the lack of a better word, Kickstarter-ish.

Consequently Baume’s watches eschew the Swiss-made label. They are designed in Geneva, but assembled in the Netherlands with some parts that come from Asia, including a China-made Miyota movement (though Miyota is owned by Citizen).

In keeping with its environmental commitment, Baume uses natural or recycled materials for the product and packaging. Strap materials include cork, cotton, linen, alcantara and recycled PET, while the packaging will be kept to a minimum with the use of only paper and cardboard.

Baume is starting with two collections: the Iconic Series and the Custom Timepiece Series. The Iconic Series is Baume’s only line of mechanical watches, and pegged as the brand’s flagship. It has a 41mm case made of recycled aluminum, with a partially skeletonised, regulator dial and a bracelet made of recycled PET (which is polyethylene terephthalate, the same material used for disposable water bottles). It is powered by a Miyota automatic movement and is priced at US$1100. The brand will be launching a Limited Edition Series later in the year, a line dedicated to its collaboration with global partners.

You can take part in the “design-led global conversation”, in the “circular economy” naturally, on baumewatches.com.