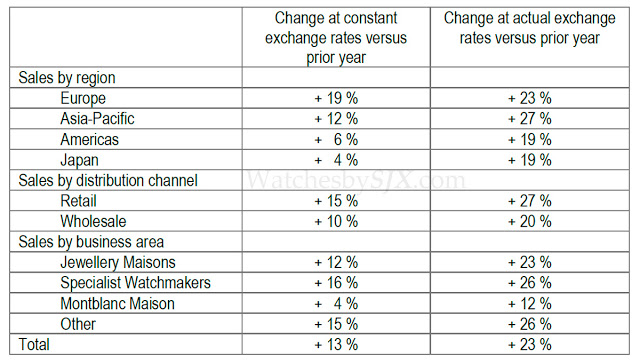 Richemont just announced its sales for the five months to end August 2012. Overall sales are still going strongly, though at a slower rate than before. Europe is doing notably well, rising 19% at constant exchange rates.

Of note is Montblanc’s underperformance with single digit growth (+4% at constant rates), perhaps that’s a sign that flat pen sales are not being offset by the brand’s diversification? The continued strong growth of retail (meaning boutiques) versus wholesale (referring to authorised retailers). And Johann Rupert’s statement included the following: “We can confirm that operating profit for the six months should be some 20 to 40 % higher than last year, as was anticipated in the announcement made on 6 August.” Shareholders will be pleased. – SJX