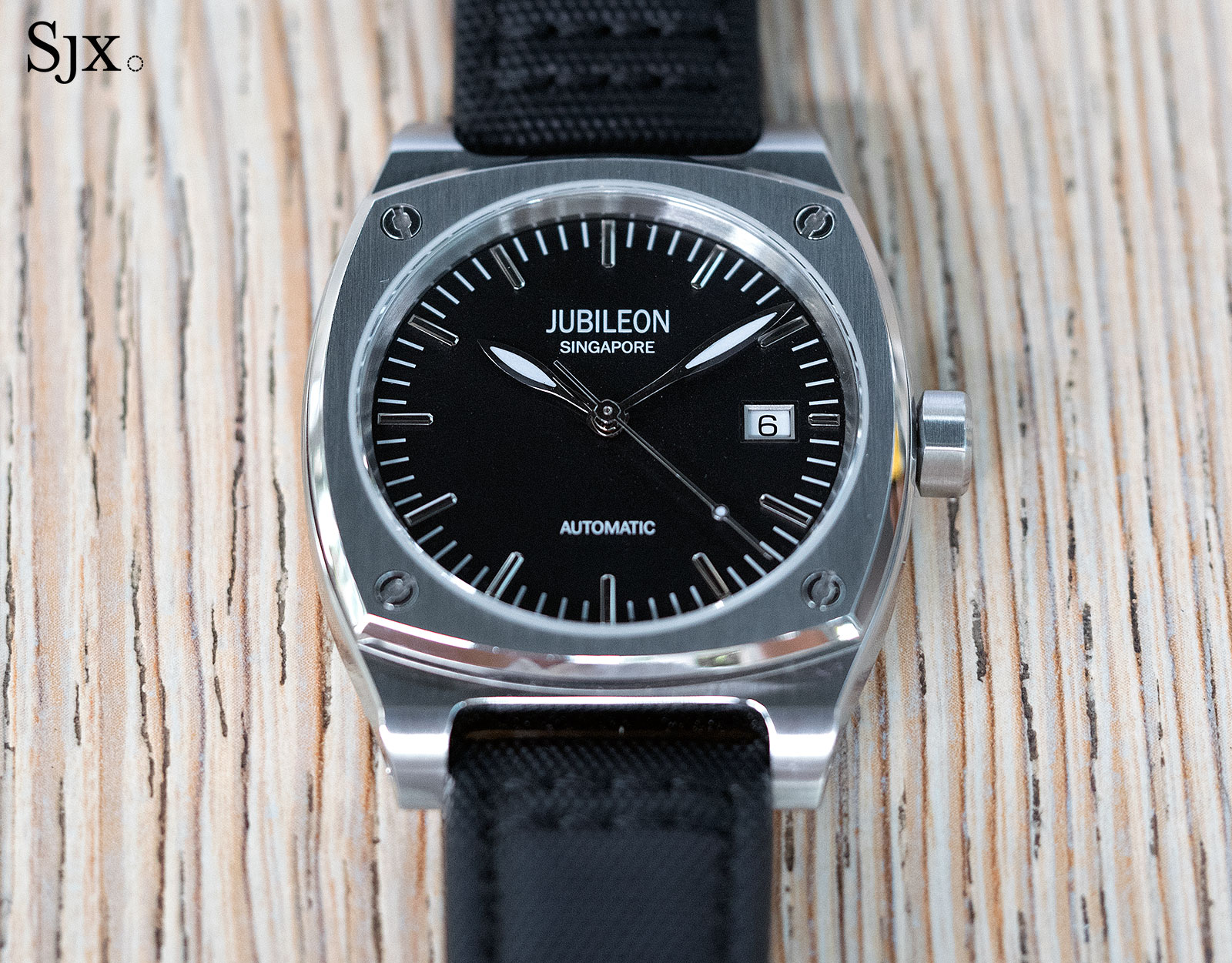 Watches launched on Kickstarter typically combine simple, inexpensive cases with novel time display mechanisms, the bestselling Klokers KLOK-01 being a case in point. The Jubileon Superellipse is latest watch to hit the crowdfunding site, but it takes a different tack, concentrating instead on a high quality watch case in stainless steel for under US$500.

Though put together by Swiss suppliers, hence the “Swiss Made” label on the dial, the Superellipse the brainchild of Singaporean engineer Chun Wai Kum. He has a day job as a researcher at A*STAR, the Singapore government agency that promotes investment in technology and research, specialising in precision manufacturing for the aerospace industry, explaining the attention to detail in the case construction and manufacturing.

Kum named his brand after Singapore’s Golden Jubilee in 2015, when the city state celebrated its 50th year since independence. The “Superellipse” moniker, on the other hand, reflects his engineering background: it’s named after the superellipse, a curve in mathematics that forms a cushion shape, a form that is repeated throughout the watch.

The initial goal when Kum first conceived the watch was to have it manufactured in Singapore, or at least the case and dial. However, the lack of specialist suppliers meant he had to turn to the traditional sources in Switzerland for the whole project.

While the Superellipse is put together in Switzerland, and the ETA movement inside is Swiss, some of the components are made outside Switzerland by Swiss contractors, explaining the low cost. It’s a model that is inescapable for affordable Swiss watches, but one that produces solidly made watches at an affordable price, as demonstrated by the Superellipse. While many low-priced watches use stock designs offered by case manufacturers (explaining the proliferation of Panerai-esque watches), the Superellipse case is designed from the ground up. Though the case is cushion-shaped, giving it a form seen on other watches, it’s different enough not to appear derivative. The Superellipse has prominent lugs that give it a more substantial form. Its most distinctive feature is the bezel, which is secured by four large screws with custom-shaped heads. Even the crown is unconventional, being cushion-shaped in profile. While it is an unusual detail, the shape and size of the crown renders it difficult to grip. The case finishing is excellent, especially given the price point of the watch, with brushed top surfaces and polished bevels. Comparable to cases used on significantly more expensive watches, the Superellipse case looks and feels high quality. The Superellipse has sapphire crystals front and back, which reveals the plain ETA 2824 automatic inside. It’s basic, but robust and par for the course in this price segment. That being said, it’s worth pointing out the cushion-shaped case back is as well finished as the bezel. The ETA logo visible at the rim of the balance wheel

At 39mm in diameter and 9.4mm high the Superellipse is compact, and slides easily under a cuff. The shape is novel even from a distance, though the appeal of the case is mitigated by the plain dial. On the wrist of Jubileon founder Chun Wai Kum The dial is simple, perhaps too simple for the style of the watch case; the Arial font used for the dial lettering adds to the plainness.

While the dial does have details that are interesting up close, including the central axis of the hands that echo the cushion case shape as well as the facetted baton hour markers, the look is ordinary. That, however, does not detract from the admirable quality of the case. The Jubileon Superellipse starts at US$452 for early backers on Kickstarter, which it will be available until August 29, 2016.