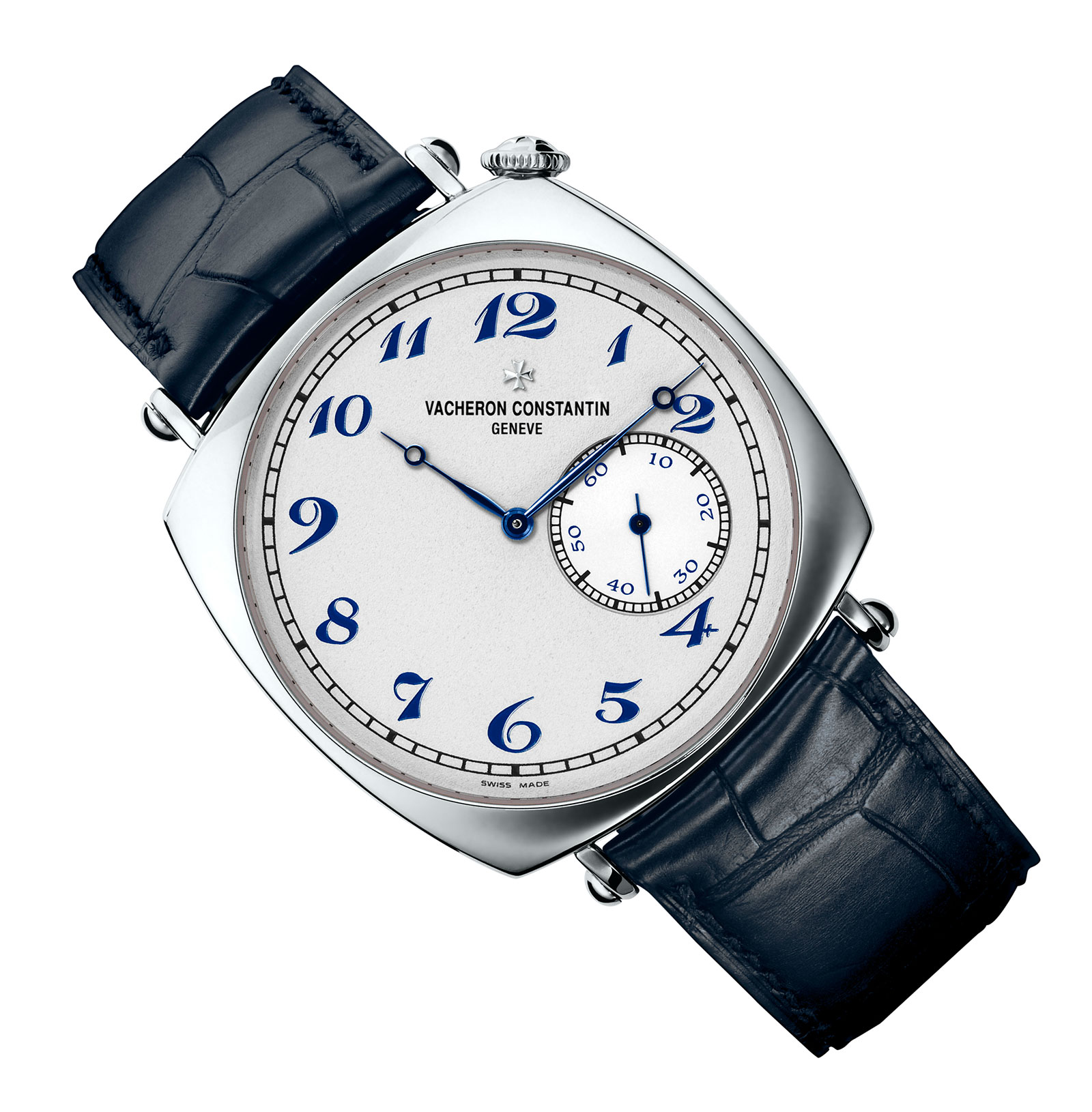 First introduced in 2009 in rose gold, followed by a quiet launch of a yellow gold version for the Chinese market in 2014, the Historiques American 1921 is now available in platinum.

One of the Vacheron Constantin‘s most distinctive timepieces, the 1921 is modelled on a wristwatch from that year designed with the dial angled at 45 degrees from the vertical. This was intended to allow the time to be readable while gripping a steering wheel, hence the “driver’s watch” label.

The modern day 1921 sticks to the unusual design of the vintage original, albeit with a mystifying twist: the seconds sub-dial is aligned with the vertical, so out of sync with the hours and minutes. The 1921 in platinum has the same look as its rose and yellow gold counterparts, except for a variation in colours. On the platinum version the Breguet numerals are in a striking blue, and matched with blued steel Breguet hands, while the dial is silver-plated with a grained finish. The calibre 4400 AS as seen inside the Patrimony hand-wind

As gorgeous a watch as it is, the 1921 has always been inexplicably expensive compared to equivalent models with the same movement. That remains true for the new platinum version, which is 30 percent more expensive than the 42mm Patrimony hand-wind in platinum that was just introduced earlier this year.