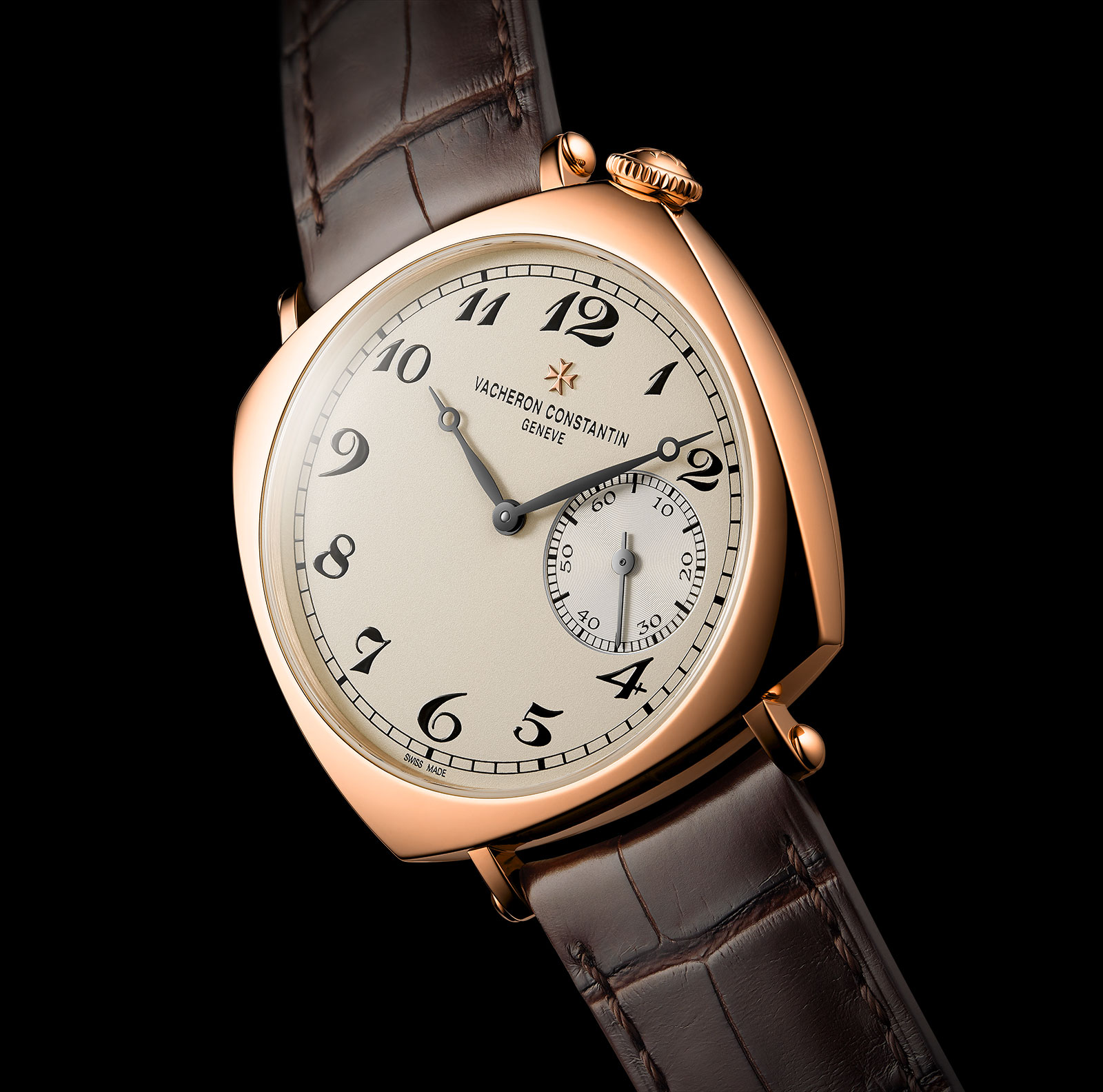 Originally available only in a 40mm case that wears larger than the expected, the pleasingly asymmetrical Vacheron Constantin is now smaller and catered for ladies. The Historiques American 1921 Small Model measures 36.5mm square, but is otherwise identical to its larger brother.

The dial remains angled at 45 degrees from the vertical, a feature derived from driver’s watches of the 1920s designed to be easily legible with the hands on the wheel. Both the hands and numerals are Breguet-style, while the dial is a grained silver. The case is 18k pink gold, with the cal. 4400 inside. It’s a largish hand-wound movement with 65-hours of power reserve that’s also the base movement in the newly unveiled Historiques Triple Calendrier 1942 and 1948.

Unusually the American 1921 Small Model is deliver with two alligator straps, one in dark brown with edge stitching and the other in red with a seamless, glued construction. A model with diamonds is probably not too far off.

Hands-On with the Vacheron Constantin Historiques American 1921 in Platinum

A strikingly handsome and unusual watch that's a tad expensive.