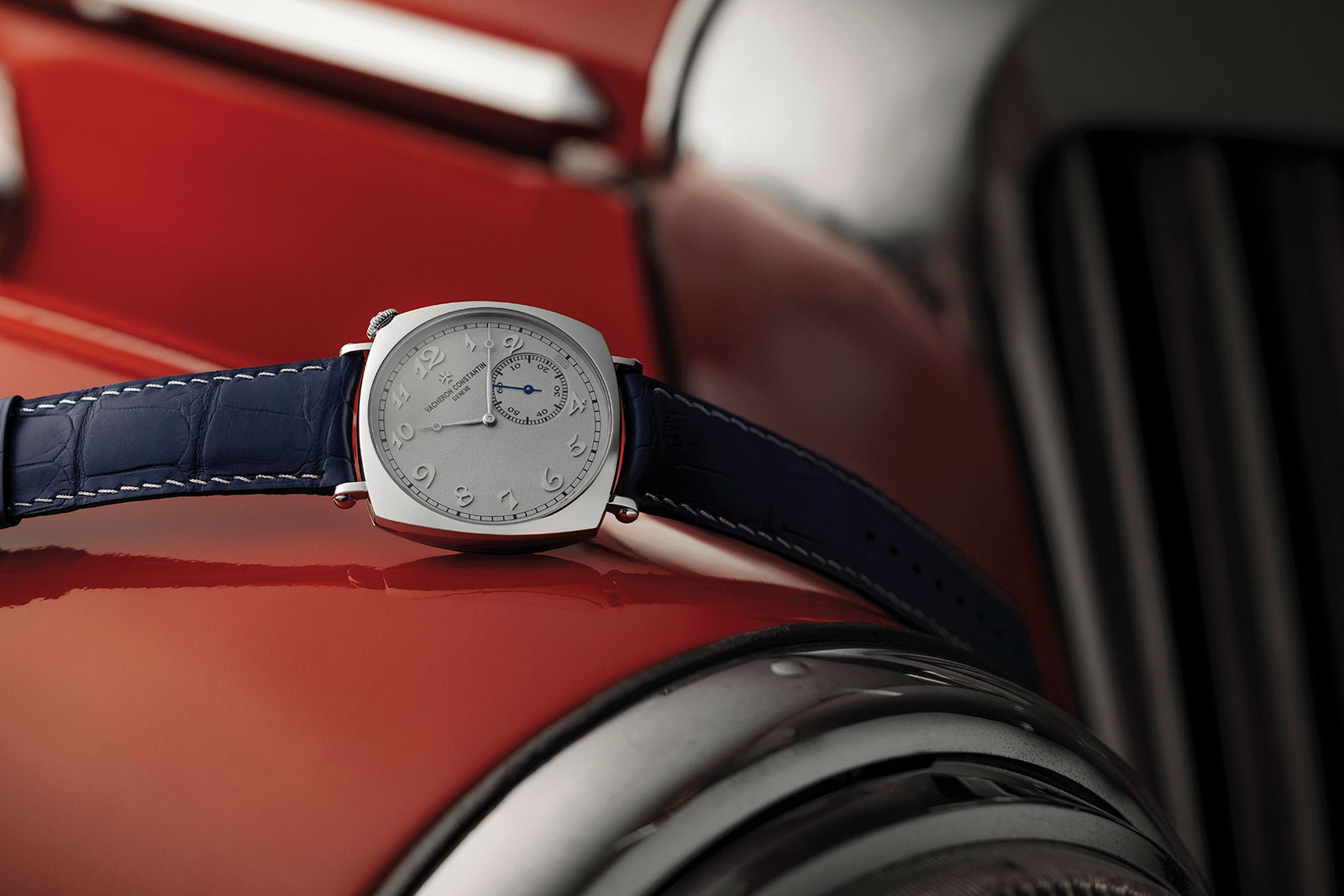 Vacheron Constantin’s most distinctive – and arguably most compelling – time-only watch is the American 1921, a large, cushion-shaped wristwatch with the dial rotated off the vertical. Already available in a variety of guises, including platinum, the model now gets an upgrade in terms of materials with the American 1921 Collection Excellence Platine.

Like the other watches in the Collection Excellence Platine (CEP) collection – Vacheron Constantin debuts a CEP model every year or so – the American 1921 CEP has its case and dial in platinum, while the strap is stitched with thread woven from silk and platinum wire. 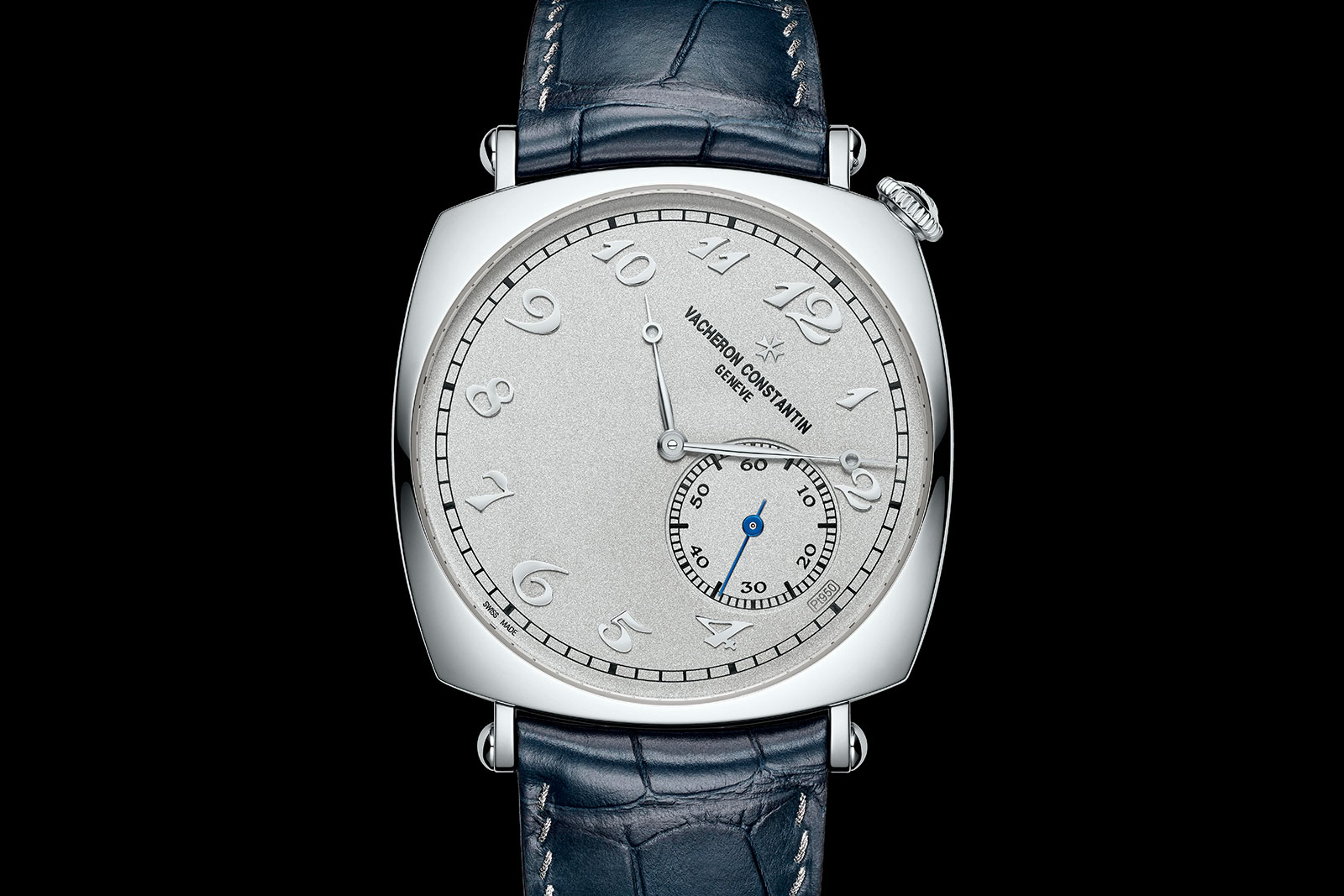 Wide, thin, and quirky, the 1921 is one of Vacheron Constantin’s most unusual offerings. I love everything about the watch – the design, size, and details – especially the platinum version with a silver dial and blue numerals. The CEP edition goes one better, and is even more appealing. The matte, grained platinum dial and applied Breguet-style numerals are perfect. 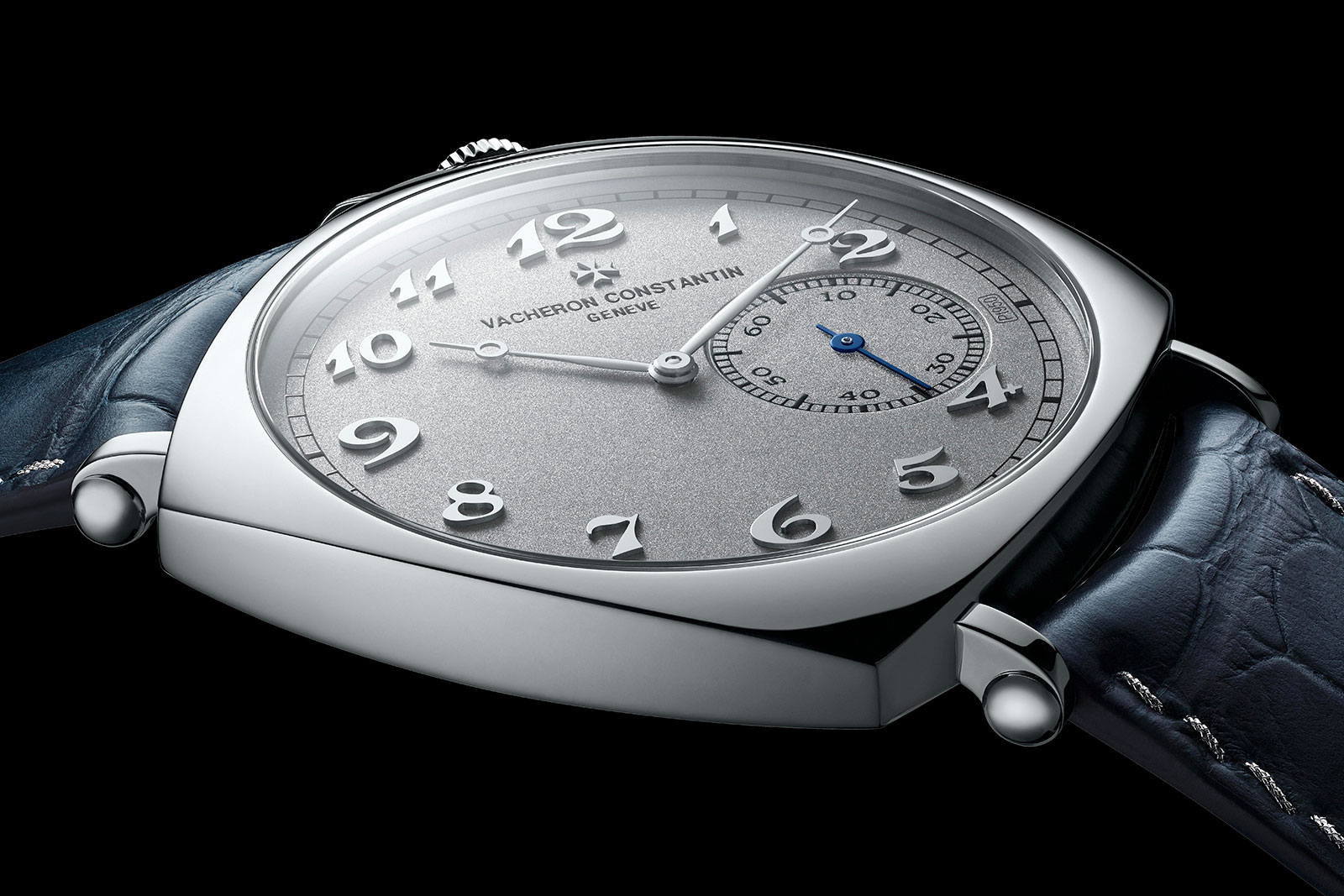 Debuted in 2006, the CEP collection now includes a variety of models, most recently last year’s Patrimony with calendar. Though the models are diverse, they all share the same all-platinum treatment. 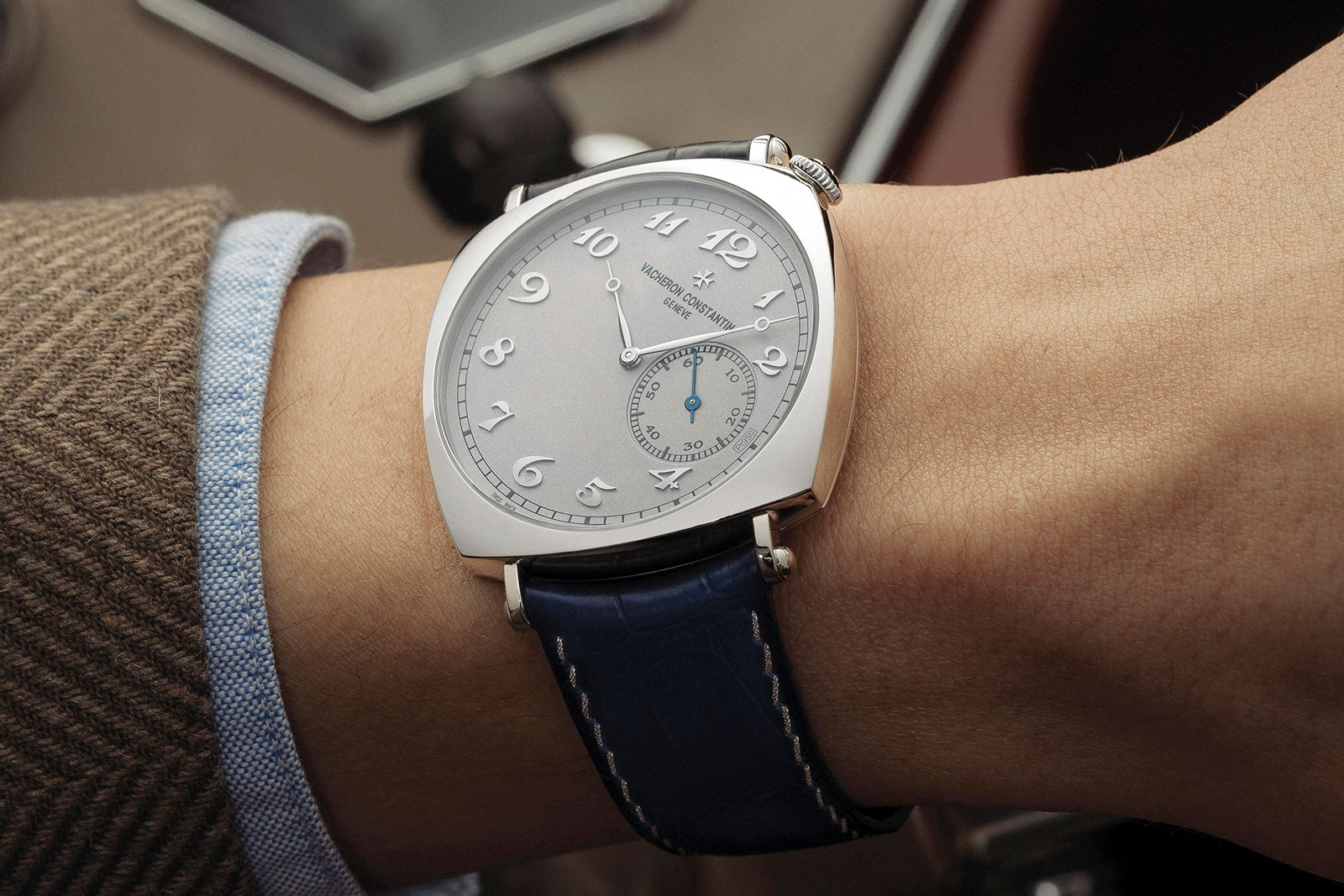 The new American 1921 sticks to the same formula. The platinum case is matched with platinum dial that’s been sandblasted, giving it a fine, granular surface. And as is tradition for the CEP watches, a tiny “Pt950” hallmark at three o’clock indicates the dial material.

The platinum dial is matched with applied numerals and hands made of 18k white gold – the applied Maltese cross at 12 o’clock is also white gold – while the minute and second scales are printed in black. The result is a near monochromatic dial that’s livened by a blued steel seconds hand. 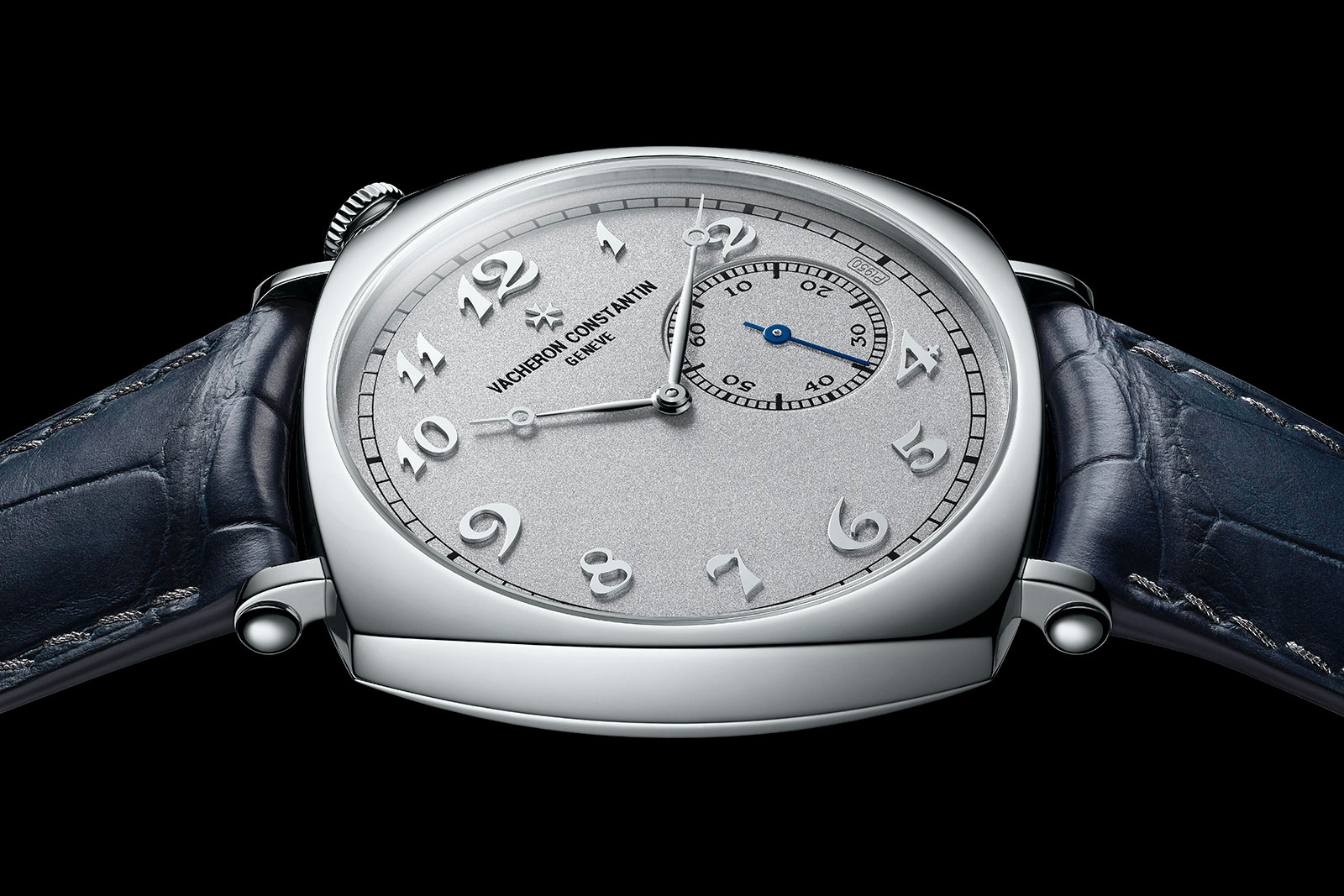 The watch is powered by the cal. 4400 AS, a large, hand-wind movement that’s a thin 2.8 mm high but boasts a longish 65-hour power reserve. Like most mechanical Vacheron Constantin movements, bears the Poincon de Geneve, or Geneva Seal, which means it’s passed the decorative and functional criteria required to obtain the hallmark. 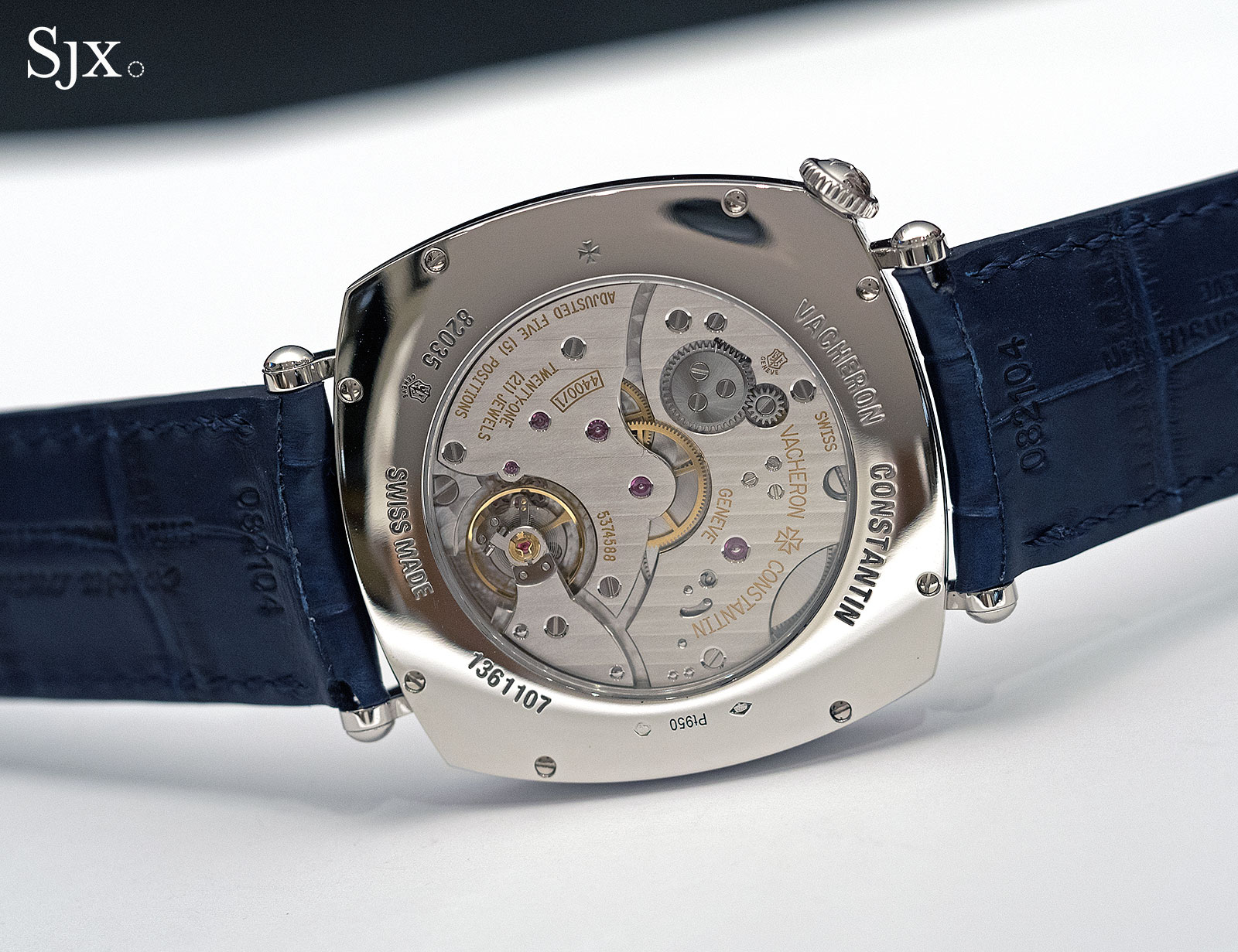 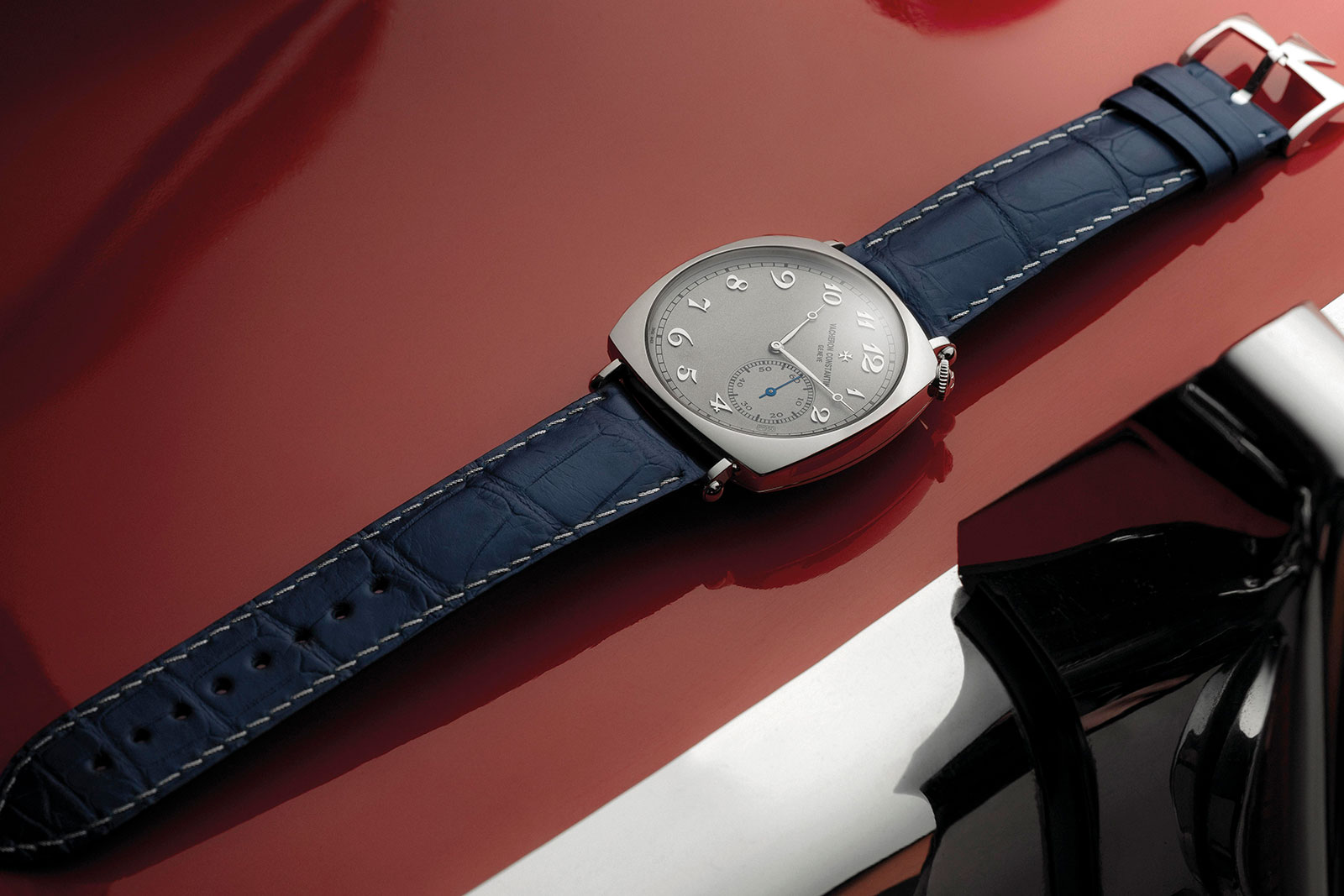