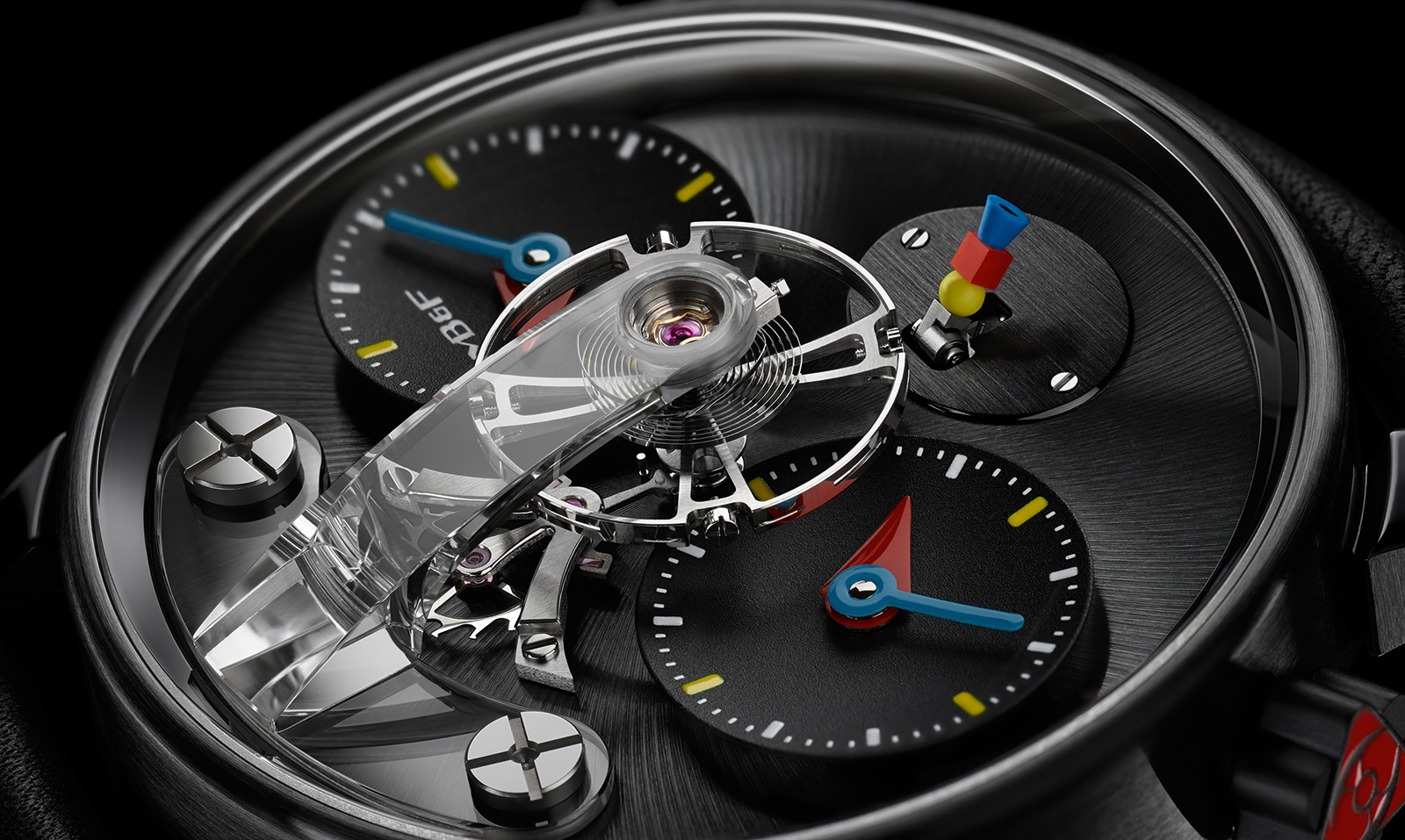 Characterised by geometric details and bright colours, Alain Silberstein’s watches were avant-garde in his heyday during the 1990s. Though his namesake brand went bust in 2012, Silberstein has designed watches for other independent brands, including the fresh off the press MB&F LM1 Silberstein.

The second collaboration between MB&F and Silberstein – the first was the HM2.2 Blackbox of 2009 – the LM1 Silberstein tweaks the style of the original LM1, giving it a distinctly Silberstein look. Though the case is 42.5mm, smaller than the 44mm original, the LM1 Silberstein feels similarly hefty. Though the feel is similar, the form is totally different, with the Silberstein case having a straight side, rounded edge and no bezel, evoking Silberstein’s own watch cases. And the case band at six o’clock is engraved “Le vrai bonheur est d’avoir sa passion pour métier”, Silberstein’s motto which translates as “Having your passion as a profession is true happiness.” Other elements like the triangular red hour hands, six-pointed crown are also distinctively Silberstein. Additional unusual features include the bowl-shaped sub-dials and most notably, a clear sapphire crystal bridge for the oversized balance wheel, meant to provide an unimpeded view of the oscillating balance.

The movement inside is identical to that of the ordinary LM1, though decorated with frosted finish instead of Cotes de Geneve, a look first found on the LM101 Frost. Introducing the MB&F LM1 M.A.D. Dubai, a CVD-Green Limited Edition For the Emirate

Limited to just 13 pieces, the LM1 M.A.D. Dubai is exclusive to MB&F's store in the Gulf city, featuring a green dial as well as Eastern Arabic numerals. 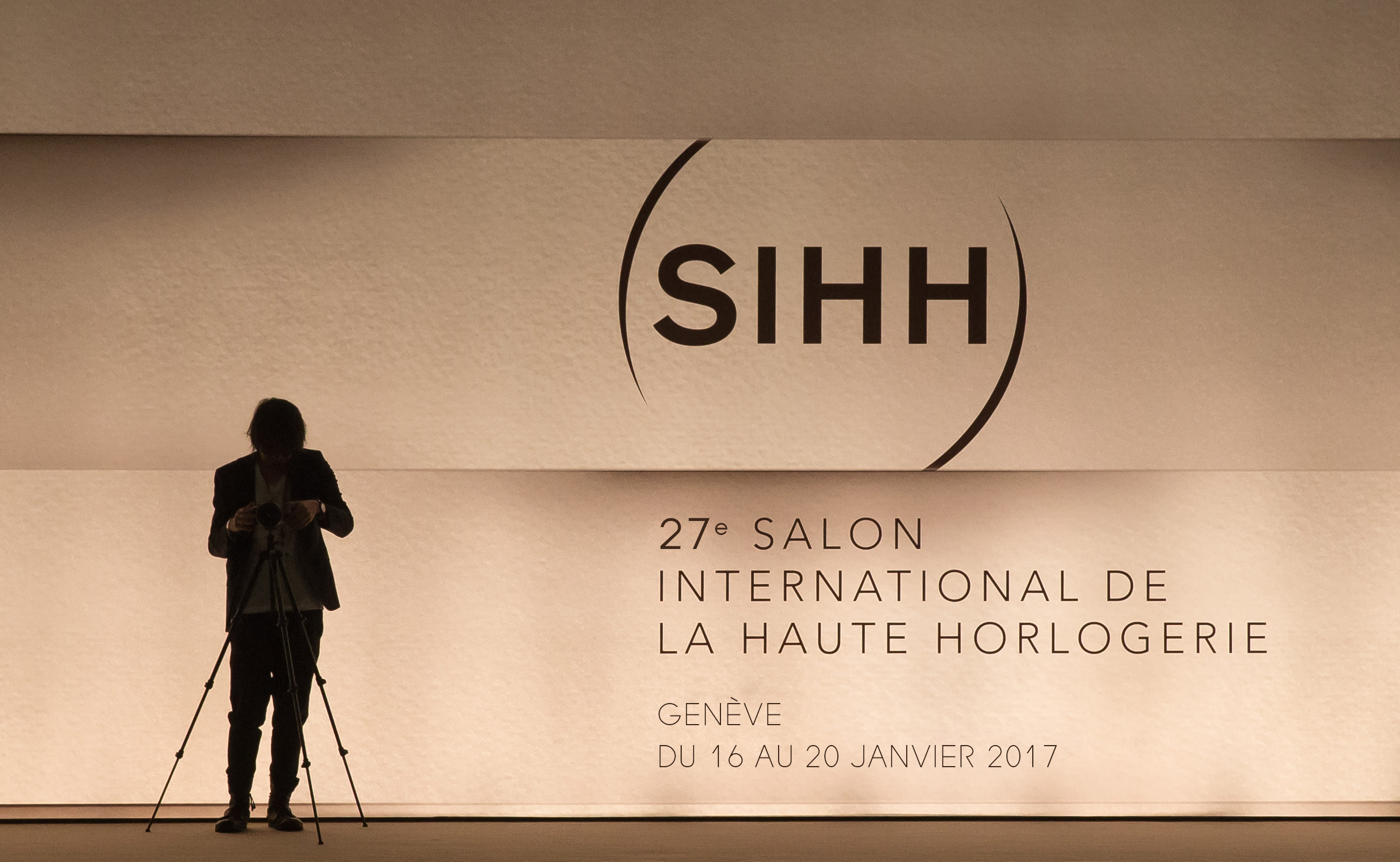 Traditionally dominated by brands of Swiss luxury conglomerate Richemont, including marques like Cartier, IWC and Jaeger-LeCoultre, the Salon International de la Haute Horlogerie (SIHH) takes place each year in January in Geneva (on January 16 to 17, 2017). Next year’s SIHH will grow to include the brands of Kering, Girard-Perregaux and Ulysse Nardin.

Being a more posh and exclusive event than the rival Baselworld trade show in March, SIHH also expanded to include niche independent brands this year. Five more will join the Carré des Horlogers, the area set aside for independents, in 2017: Grönefeld, MCT, Ressence, Romain Jerome and Speake-Marin. The independent brands that joined SIHH for the first time in 2016 will all remain, bringing the total to 14.

At the same time, the velvet rope around the halls of SIHH will be dropped on the final day of the five day fair. The public will be allowed into SIHH on Friday. Democratisation of the event is a prudent move, giving the slowing appeal of fine watches.