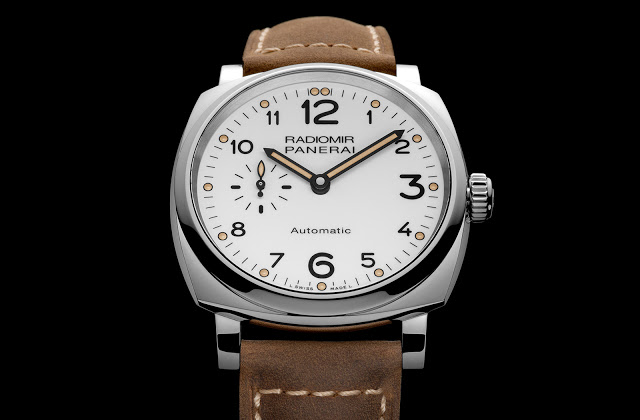 Panerai continues its run of smaller timepieces with the Radiomir 1940 3 Days Automatic Acciaio 42mm PAM655, a preview of what’s to be officially unveiled at SIHH 2016. The look is typical for the Radiomir 1940: a polished steel case without crown lock mechanism and baton hands. The dial has Arabic hour numerals and ivory Super-Luminova to mimic the look of a vintage watch. The tan leather strap matches the colour of the Super-Luminova. The movement inside is the P.4000, a self-winding calibre with a tungsten micro-rotor. Relatively slim at 3.95mm high, the calibre has twin barrels, giving it a three day power reserve. 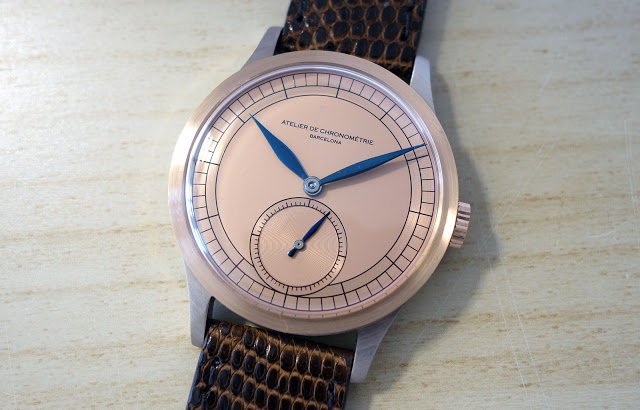 Founded by Barcelona-based vintage watch dealer Santiago Martinez Rajasa, Atelier de Chronométrie aims to create classic chronometers using rejuvenated vintage movements. To complete and decorate the movements, Rajasa recruited watchmaker Moebius Rassmann. Their first product is the Atelier de Chronométrie wristwatch, equipped with an Omega calibre 266 from the 1950s that is tested and certified by the Besançon observatory in France.

Part of the family of highly regarded 30mm movements, one that includes the famous calibre 30T2, the calibre 266 is a hand-wound movement that was production until the early 1960s. A prime example of the robust and reliable movements Omega made during its prime before the Quartz Crisis, the calibre 266 has been completely reworked, with 32 components made from scratch, including the German silver bridges and balance cock, making it almost unrecognisable as the calibre 266. Other changes include installing a free-sprung balance, replacing the regulator index on the original. All the components for the watch are made with old fashioned methods, that is to say without automated milling machines. Likewise, the movement decoration is all done by hand, including the frosted surfaces, prominent anglage and black polished steel parts. Each element of the finishing is customisable, for instance spiral graining instead of black polishing on the ratchet wheel. Similarly, several options are also available for the case: white, rose or yellow gold, or a combination of two colours of gold, and also stainless steel. The case can be either 35mm to 38.5mm. Three dials are now offered – silvered two-tone, copper two-tone and a glossy black – with the design inspired by vintage chronometers featuring a prominent minute track and a large sub-seconds. A cloisonné enamel dial will soon join the line-up. The Atelier de Chronométrie wristwatch is customisable, with the price depending on the specifications, however it starts at about €36,000 with an 18k single-colour gold or steel case, equivalent to US$38,600. According to brand founder Martinez Rajasa, both steel and gold cases cost the same to make, because of the hardness of steel.