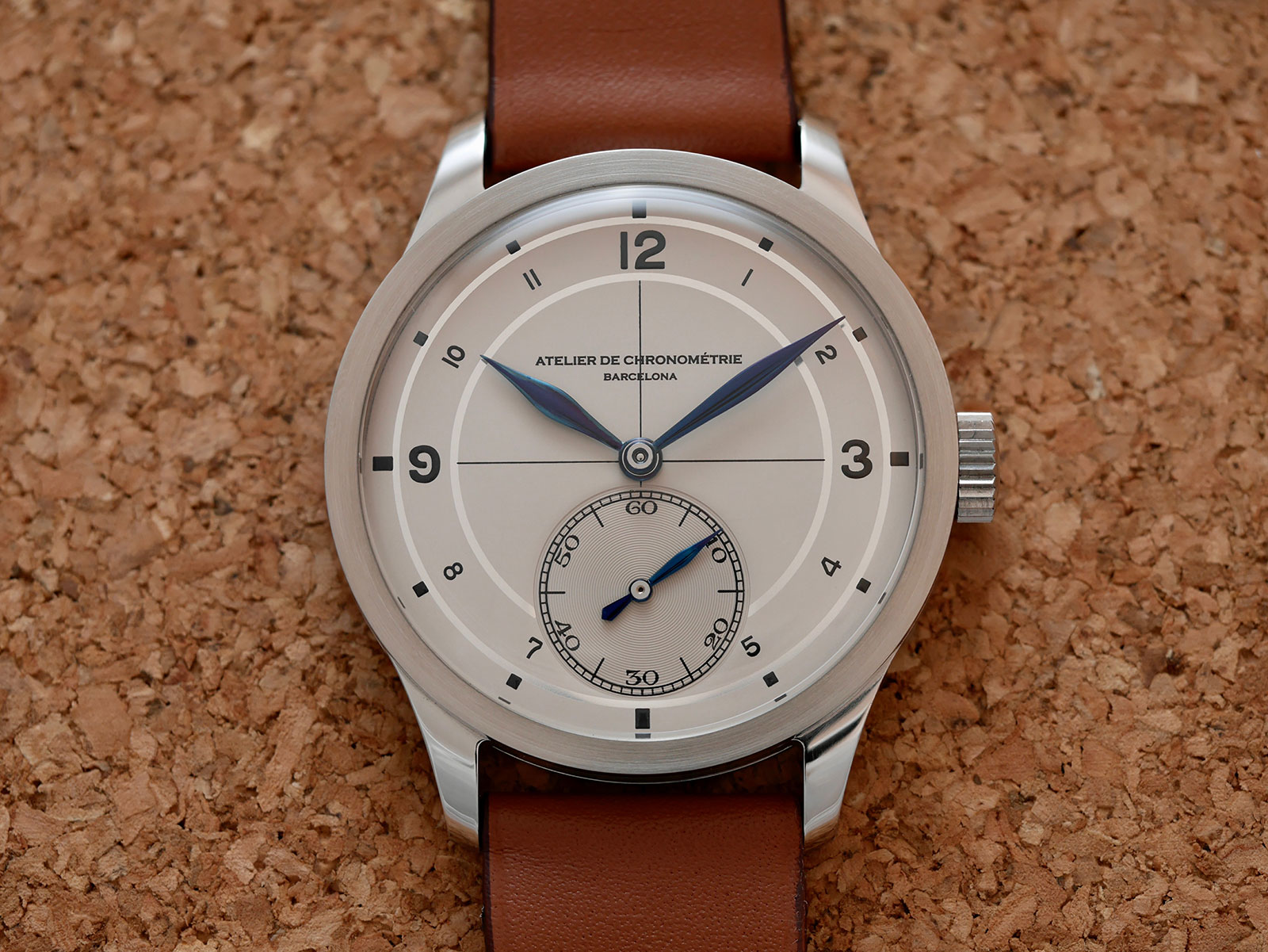 Barcelona-based independent watchmaker Atelier de Chronométrie (AdC) sticks to a simple but compelling formula: pre-war style wristwatches powered by drastically refined 1950s Omega movements. Coming almost exactly a year after the introduction of the AdC #4 with a cloisonné dial, the new AdC #88 is exactly that, in a slim, stainless steel case – a first for the brand.

The steel case is 37mm in diameter, slightly larger than AdC’s earlier watches. It has a wide, flat bezel, and slightly thicker lugs, giving it a marginally more sporty look that’s reminiscent of the Patek Philippe ref. 570 in steel, a rare and valuable oversized Calatrava of the 1940s. Besides the style, another point of attraction is the price, which is about a fifth less than the AdC watches with a gold case. To match the case style, the dial is also inspired by the 1940s and available in glossy black or matte silver. It’s a “sector” dial, with the face divided into quadrants by a crosshair, matched with an engine-turned, oversized subsidiary seconds with appropriately retro typography. As found on all of AdCs watches, the hands are mirror-polished and rounded, with a thickness and gleam that is possible only with hand-made hands. And the case back reveals the movement, which originally started its life as an Omega cal. 266 in the 1950s. It’s part of the calibre 30 family of movements, robust, chronometer-grade calibres that included the well-known cal. 30T2 RG.

But AdC has heavily improved the original movement – 44 components are hand-made from scratch without automated tools – and dressed it up in an elaborate finish, including frosted bridges with sharply defined and polished bevels. More notably, the movement has been further refined compared to earlier versions of AdC’s cal. 266. Amongst the notable details include the lowered, black polished steel cock for the escape wheel, along with a newly developed free-sprung balance wheel fitted with six 18k rose gold timing weights.