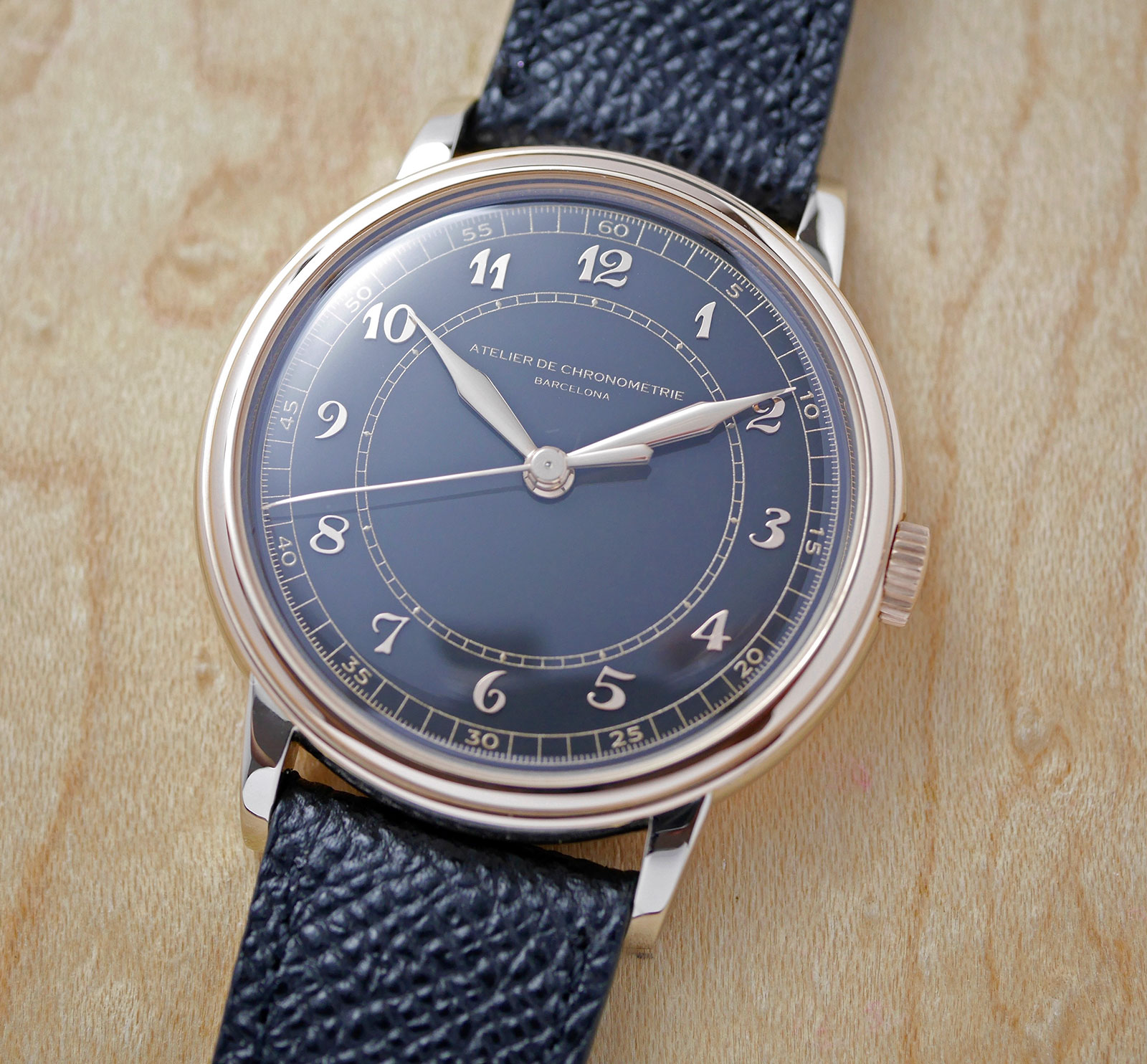 Atelier de Chronométrie’s first wristwatch, now known as the AdC #1, was modelled on Omega chronometer watches of the mid 20th century, even being equipped with a completely revamped Omega calibre 266.

Now the Spanish watchmaker has introduced AdC #2 and #3, both similarly inspired by vintage watches of the same era but distinctly different in style. The only constant remains the movements inside, all based on Omega’s calibre 30 family of movements, which includes the famous 30T2 RG.

Pictured above, the AdC #2 is distinguished by a centre seconds, accomplished the indirect way with an additional bridge for the seconds on top of the movement. Originally an Omega calibre 283 – which is essentially the calibre 266 with a centre seconds – the movement has 35 of its components newly made from scratch, including the Germans silver bridges and adjustable mass, stainless steel balance wheel. All parts that are original are completely refinished to a high standard, for instance applying black polish to the barrel ratchet wheels. True to the aesthetic of the era, the AdC #2 has a glossy black dial with raised “gilt” printing as well as solid 18k gold applied hour numerals. The AdC #3 has a 40mm case, which is available in steel or various colours of gold.

In contrast, the AdC #3 is an Art Deco twist on the inaugural AdC #1. Like the original, the movement inside is again the Omega calibre 266, but with a slightly different layout. Instead of a single bridge for the escape and seconds wheels, the AdC #3 has separate cocks for each. Art Deco in style, the dial is finished with several colours and surface treatments, while the hour and minute hands are solid 18k gold. While the case size is identical to the AdC #1 at 37.5mm in diameter, the proportions are different, with longer lugs and a concave bezel. Like Atelier de Chronométrie’s other watches the case is available in other sizes, between 35mm and 38.5mm.