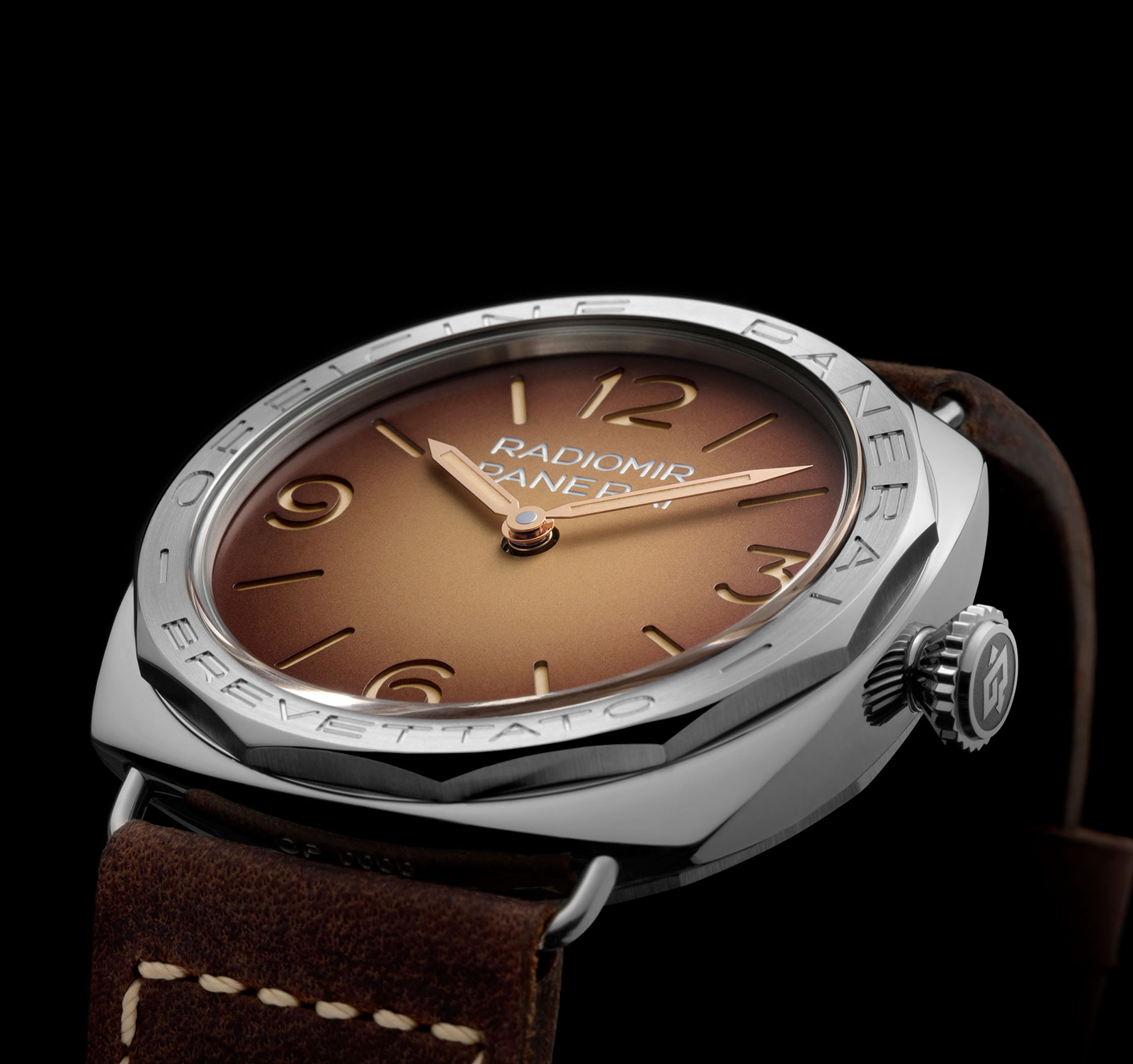 SIHH 2017 is just two months away and Panerai is offering a taste of what it has in store. The brand is persisting with its strengths, and delving into its archives once again.

The pair of Radiomir 3 Days Acciaio historical remakes (PAM00685 and PAM00687) are based on the 1930s Radiomir ref. 3646 prototypes produced for trials conducted by the Italian navy, distinguished by 12-sided bezels engraved “Officine Panerai – Brevettato”, which means “Panerai Workshop – Patented”. On the vintage originals the bezels were essentially a mirror of the screw-down case back, ensuring water tightness on the front and back. Manufactured by Rolex – many early watches are signed by the Swiss watchmaker – the hermetically sealed cases were a key feature of these early Panerai watches.

This is not the first time Panerai has installed a 12-sided bezel on its modern watches – the distinction goes to the precious metal and pricey PAM521 and PAM522 launched in 2013 – though the engraved lettering is a new feature. While the dial colours differ, both dials are constructed in the same sandwich style, with engraved logos. The dials are comprised of two plates, an upper plate with cutouts for the numerals and hour markers, and a lower plate covered in luminescent Super-Luminova.

Likewise the pair share the same 47mm steel case and hand-wound P.3000. That’s Panerai’s replacement for the Unitas in its basic, manually wound watches, featuring a three-day power reserve and an independently adjustable hour hand for setting the time when crossing time zones. The PAM685 and PAM687 are delivered with a spare Plexiglas crystal, a feature common to many vintage-inspired Panerai models, as well as a book detailing the equipment issued to the Italian navy, including Panerai watches and instrument naturally.

The pair are Special Editions, Panerai-speak for limited editions, with 1000 pieces to be made for each. The price tag is US$9800.