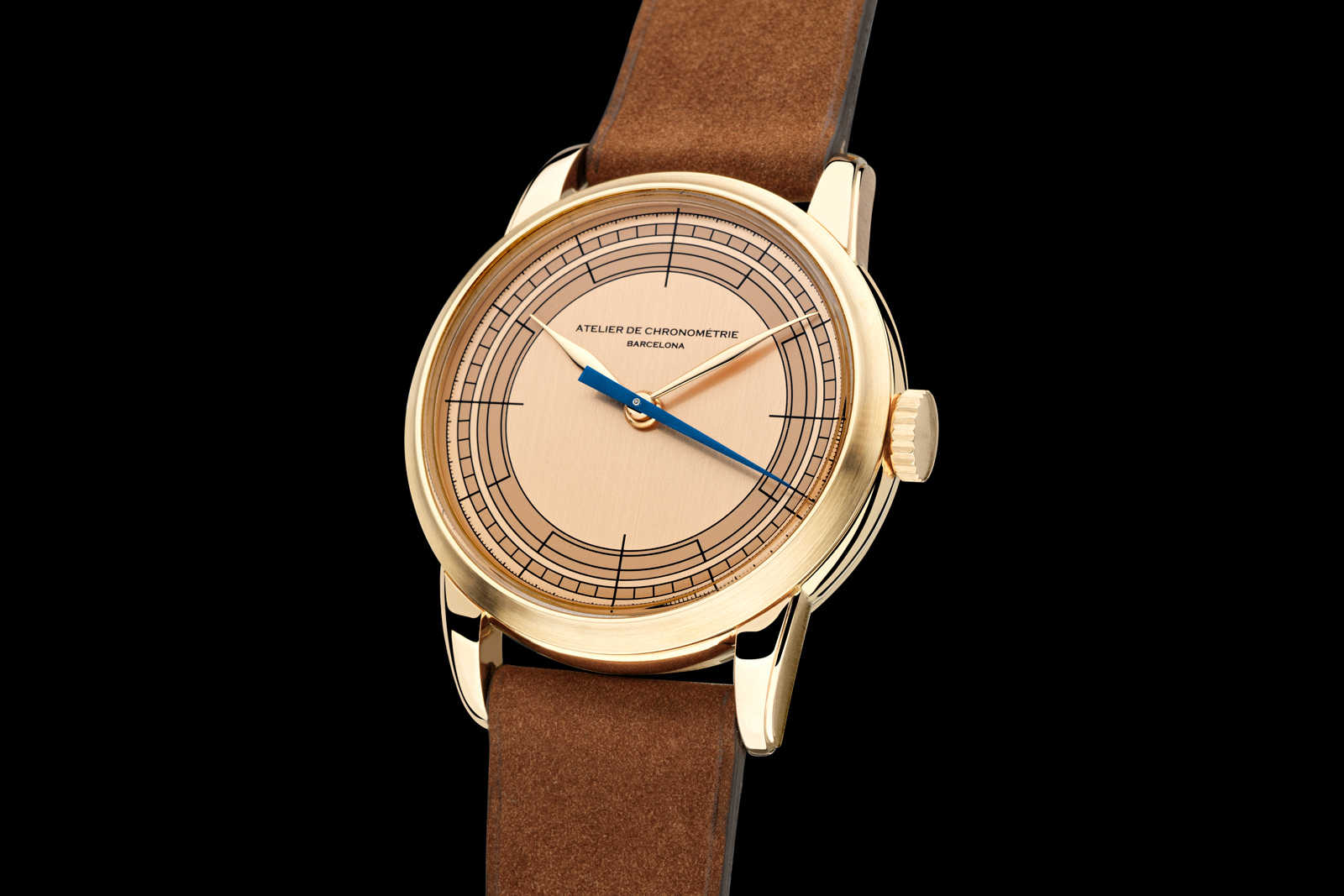 Founded to give new life to vintage chronometer movements and resurrect old-school designs, Atelier de Chronométrie (AdC) has completed only a few watches to date, but has quickly become known for wristwatches that are elegantly refined inside and out.

In its inaugural outing at Only Watch, the watchmaker put together the AdC21, a time-only watch that is simple but executed with lavish detail, and dressed in a nostalgic, “pink on pink” livery. 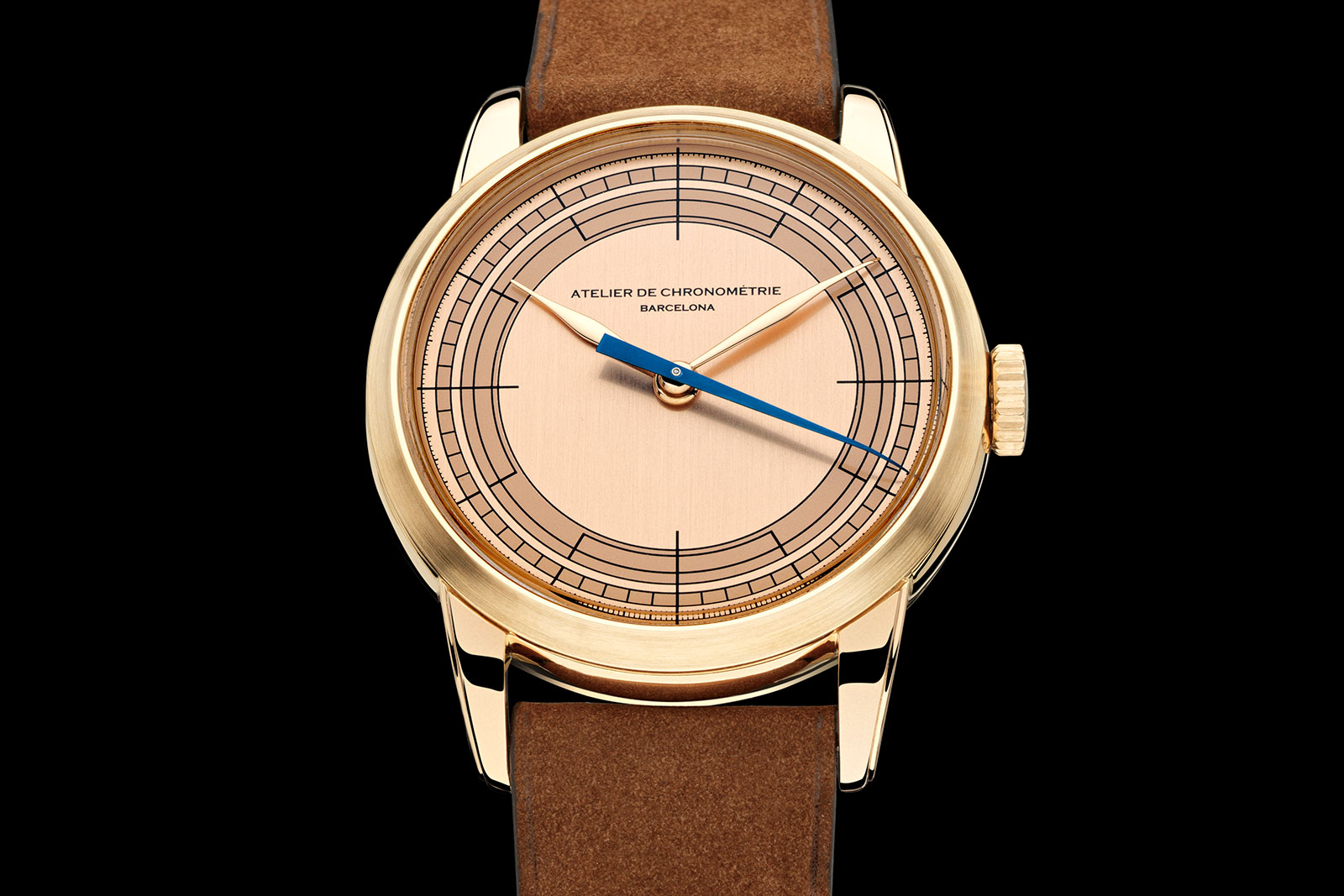 Like AdC’s other creations, the AdC21 is powered by a movement that started life as a vintage ébauche before being upgraded with parts fabricated by hand in-house. And the movement has been finished to level far beyond what the vintage calibre ever was. 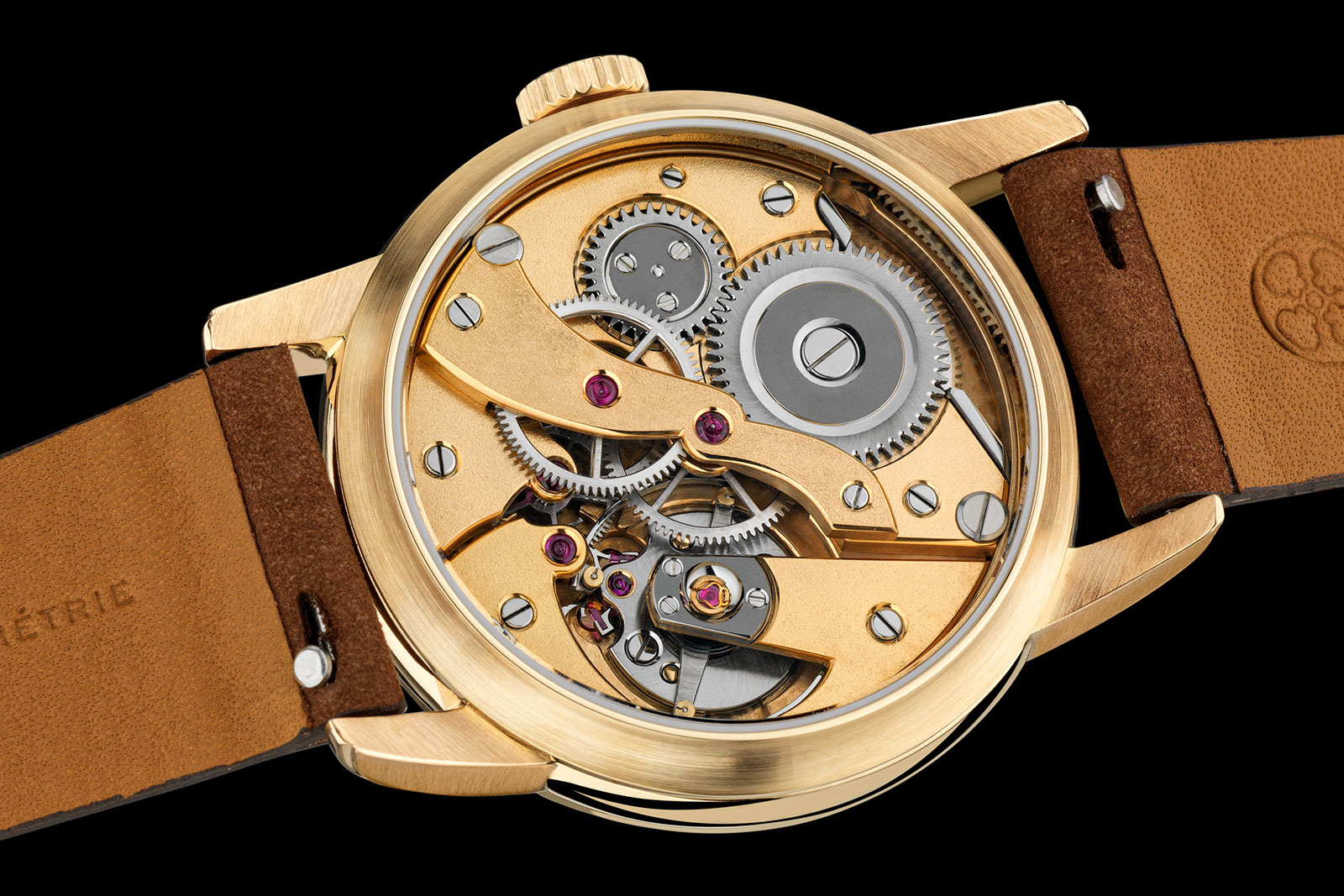 AdC watches are intrinsically appealing to enthusiasts who favour old-school dress watches, which often have discreet, refined details that are uncommon in contemporary watches. One of the brand’s cofounders is a vintage watch dealer whose eye and experience explain the house style. At the same time, AdC elevates the design with the artisanal quality of the case and movement, most of which are made in house.

The AdC21 is arguably the best time-only watch the brand has created to date. Entirely classical yet novel, the dial has a two-tone finish matched with an unusual interpretation of the “scientific” dial. And the case is also more elaborately constructed than those found on AdC’s earlier works. 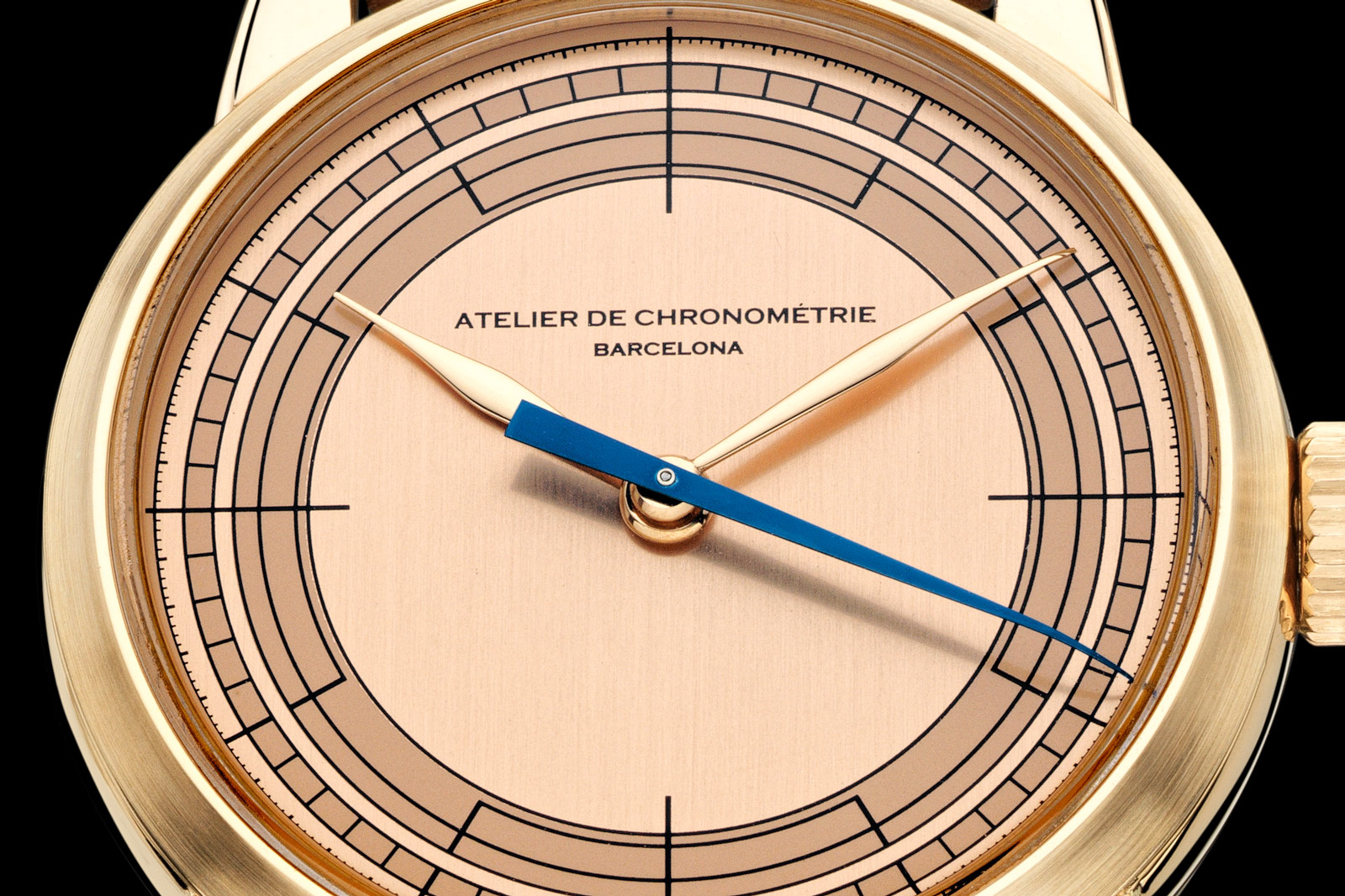 Beyond the design and craft, the shades of pink that define the watch are coherent. The tone-on-tone palette, often known as “pink on pink” in vintage watch circles, evokes a well-preserved vintage watch.

And of course the movement is beyond reproach. It’s essentially a heavily revamped vintage Omega cal. 283, a star chronometer-trial movement of the mid-20th century. Drastically reworked, the movement also shows off exquisite finishing, including several sharp, inward angles along the bevelling of the bridges. 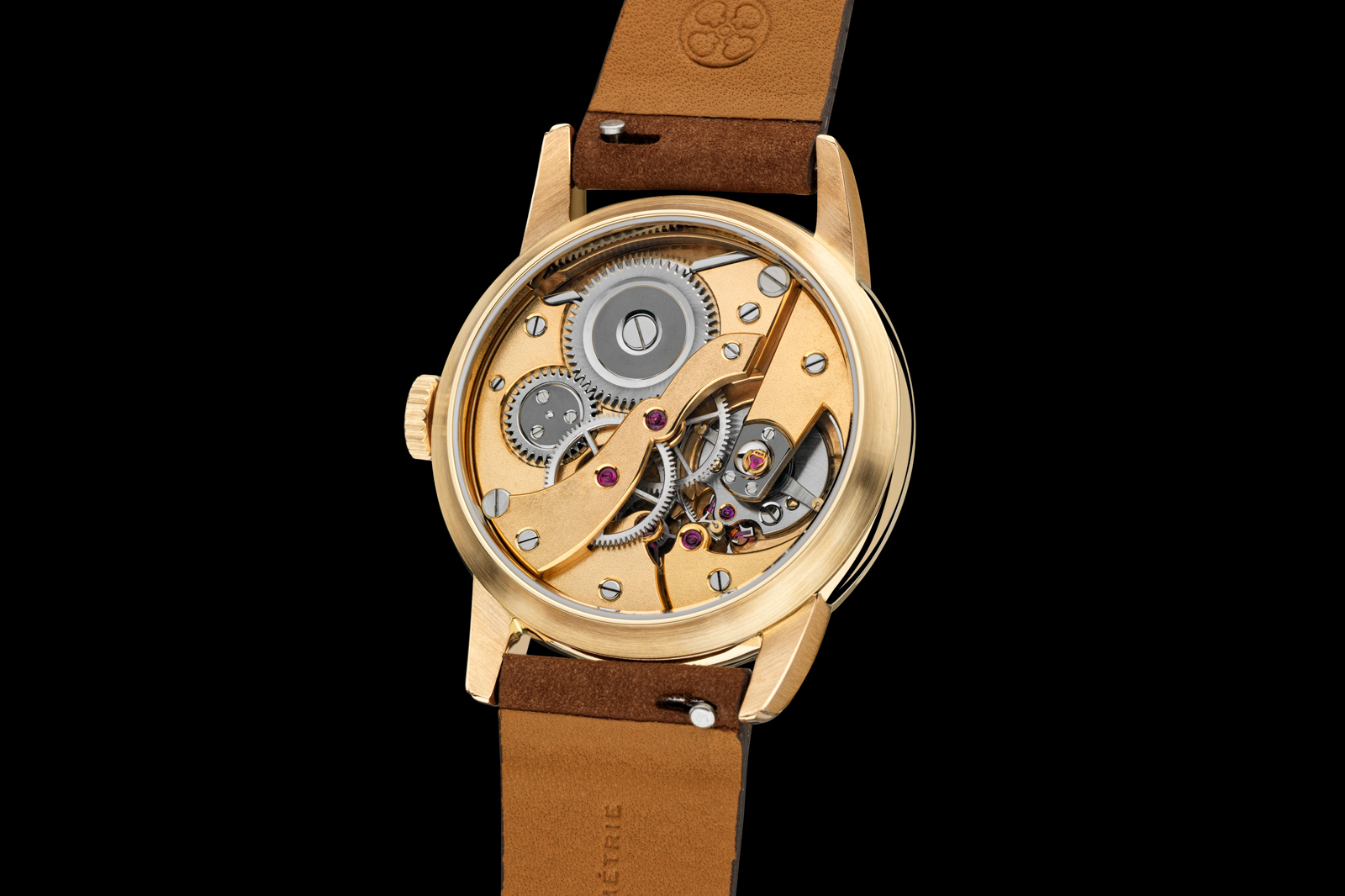 AdC produces just a handful of watches a year, dedicating a good amount of time to crafting and finishing parts the old-fashioned way.

The hour and minute hands, for example, have a three-dimensional, rounded profile – a telltale sign of being hand made. The hands are made one by one, first by cutting out the blank from a sheet of gold, then filing the blank by hand, followed by careful polishing to give it a lustrous sheen. 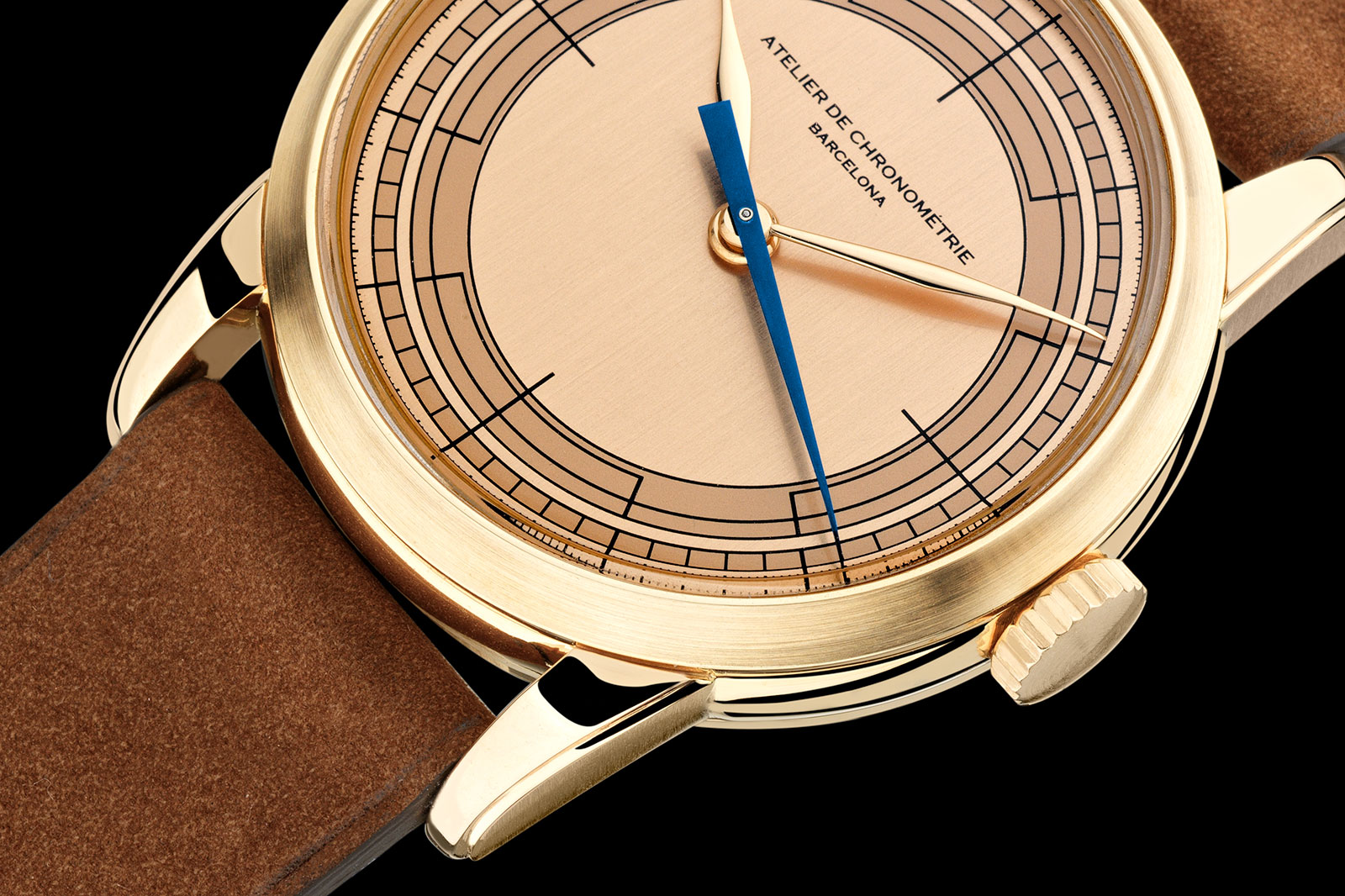 The case is also fabricated manually. Its defining feature are the stepped lugs that evoke a certain style of vintage Patek Philippe cases.

The lugs are individually soldered onto the convex case middle, a construction that guarantees a sharp, precise border between the two parts. 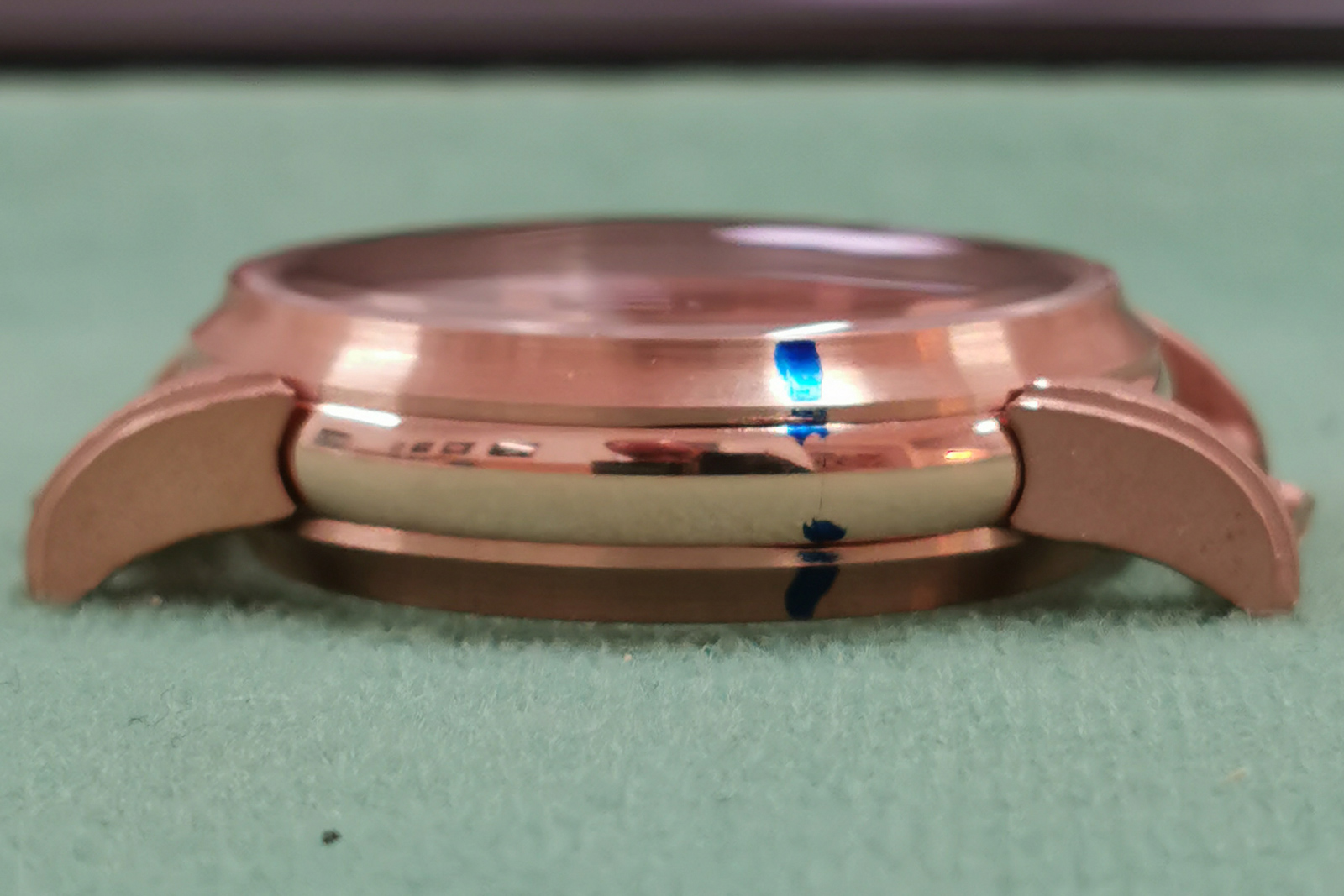 The separate lugs and case 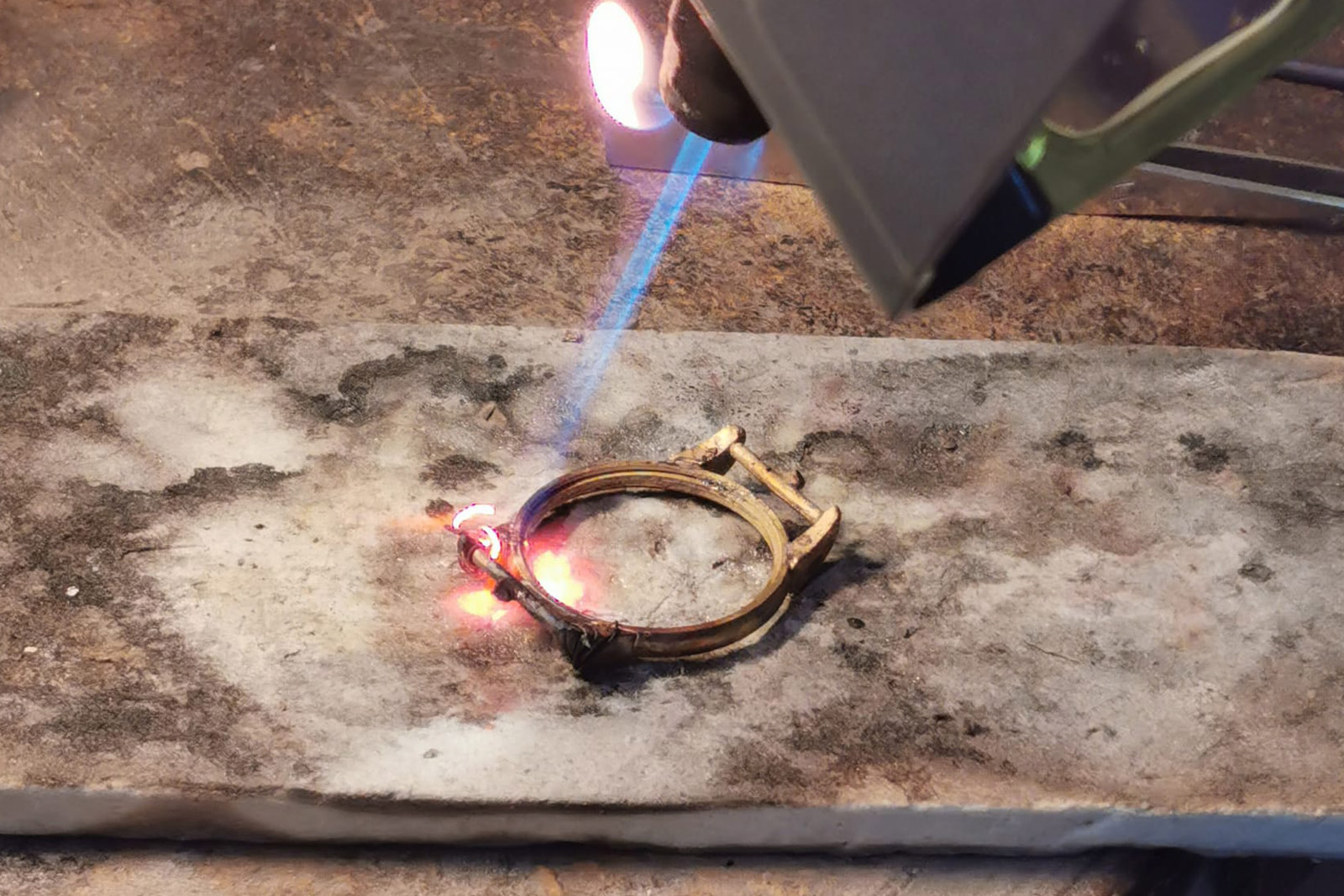 Soldering the lugs onto the case

The careful execution continues with the movement. Because the vintage cal. 283 has a subsidiary seconds in its stock form, AdC had to install additional gears under a bridge to migrate the seconds hand from six o’clock to the centre. Designed and made from scratch by AdC, the indirect-seconds bridges has an elaborate profile and decorative flourishes like the acute angles in the bevelling around the centre jewel.

But the cal. 283 is also found in other AdC watches, so the calibre within the Only Watch example has been slightly tweaked to distinguish it. The difference is subtle in a manner that only enthusiasts would appreciate: the bridge for the pallet lever forms a circle, instead of being a C-shaped as in the standard movement. 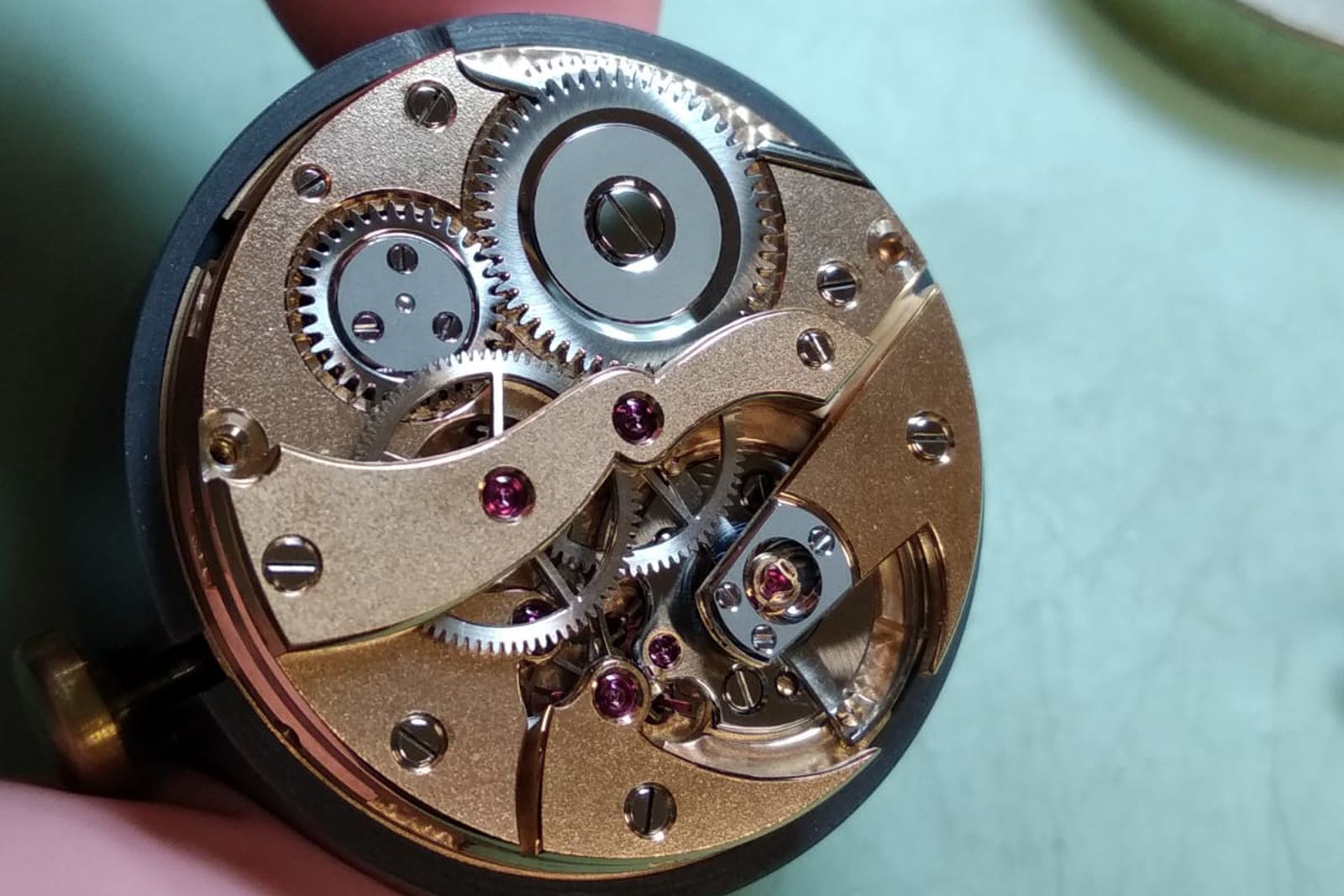