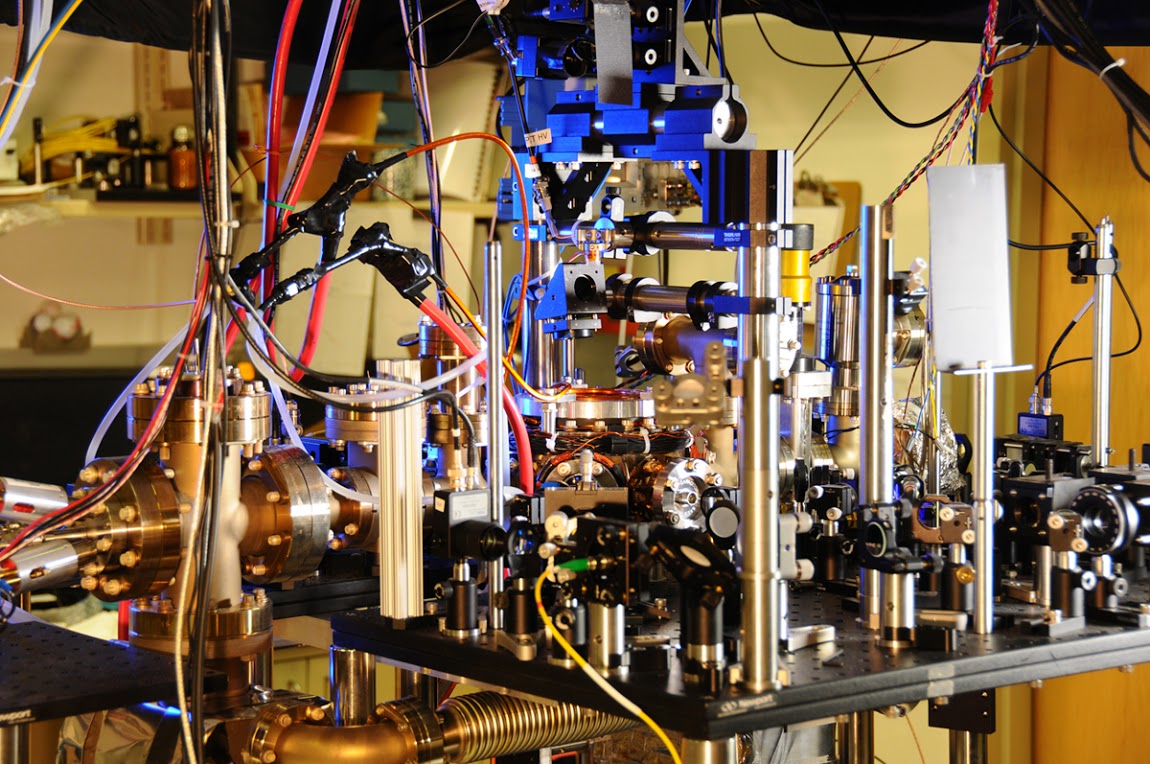 A few days ago, the National Institute of Standards and Technology unveiled a pair of experimental clocks 10 times more accurate than current atomic clocks.

Announced by the United States-based National Institute of Standards and Technology (NIST) research institute the new experimental ytterbium lattice atomic clocks are precise to less than two parts in one quintillion (10^18), ten times better than the current best atomic clocks. In practice that means the clock will only be off by a second after several billion years. About 10,000 ytterbium atoms, held in an optical lattice (essentially the atoms are trapped by laser light), cooled to 10 millionths of a degree above absolute zero, are caused to vibrate by a laser. Potential uses for this clock include more accurate navigation by Global Position System (GPS) satellites, which rely on atomic clock timekeeping. And perhaps one day the technology will find its way into something portable. The full nerdy details can be found on the NIST webpage. – SJX

MB&F will take the covers off the Legacy Machine 2 on 3 September 2013. Here’s a teaser for the LM2 from Max.

Visible are some beautifully bevelled, graceful bridges, as well as jewels in chatons. Stylistically the LM2 is reminiscent of the Legacy Machine 1. Stay tuned for the official unveiling next week. In the mean time, check out our photos of the LM1 (and if it’s not enough more LM1 photos can be seen here). – SJX