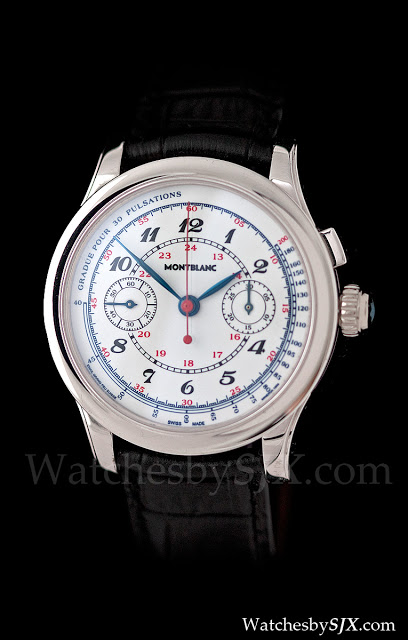 Montblanc acquired Minerva a few years back and then unveiled a high-end line of traditionally constructed and finished watches named Villeret 1858. This has been met with some scepticism – Montblanc after all is a pen company. Only 200 or so Villeret watches are made each year and they start at about EUR40,000. Not accessible or affordable by any measure. But if you look closely at the Villeret watches, they acquit themselves very, very well, demonstrating the best of watchmaking finishing techniques.

I was loaned a Villeret Vintage Pulsographe for a review (which has been published in The Peak Selections: Timepieces, available in Singapore newsstands and bookstores) and had the fortune to examine the MB M13.21 calibre up close. Though the dial and case design can be improved, the movement is exquisite. One detail of the movement I particularly like is the finish on the barrel ratchet wheel and also the polished teeth on that wheel, shown below. Note that the watch I was loaned, which is depicted in the photos below, was a steel case prototype, not a white gold production watch. Consequently the movement is not as pristine or clean as it should be. But still the excellent quality of the finish remains obvious; the production pieces, if anything, are even better.

The decoration is perfectly suited to the mid-20th century aesthetic of the chronograph movement – traditional, classical and high quality.

In fact the movement compares well with the Lange Datograph, which I consider the gold standard for a manual-wind, traditionally styled chronograph movement. However, the Datograph enjoys two key advantages – design and materials. The L951.1 movement is a modern movement designed purposely to look good hence the many curves and points in the chronograph levers. Combined with the vivid colours of German silver and blued steel screws, it looks brilliant.

If there is one criticism I can make is that the Montblanc is technologically a step back relative to its peers since it is basically a vintage calibre that has been modernised. But it is finished magnificently and looks gorgeous. If Montblanc Villeret can introduced a modern calibre similarly finished, it will be dramatic and astonishing I am certain.

I will let the rest of my photos do the talking. 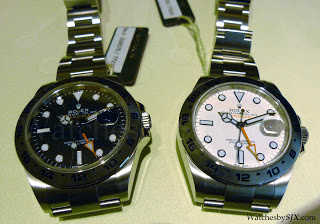 In a homecoming of sorts Rolex has signed Tiger Woods, after he was dropped by TAG Heuer in the wake of his divorce. Tiger Woods was once the ambassador for Tudor (remember the Tudor “Tiger” chronographs?), before joining TAG for a much bigger fee.

I doubt this means a Rolex “Tiger” Explorer II though.