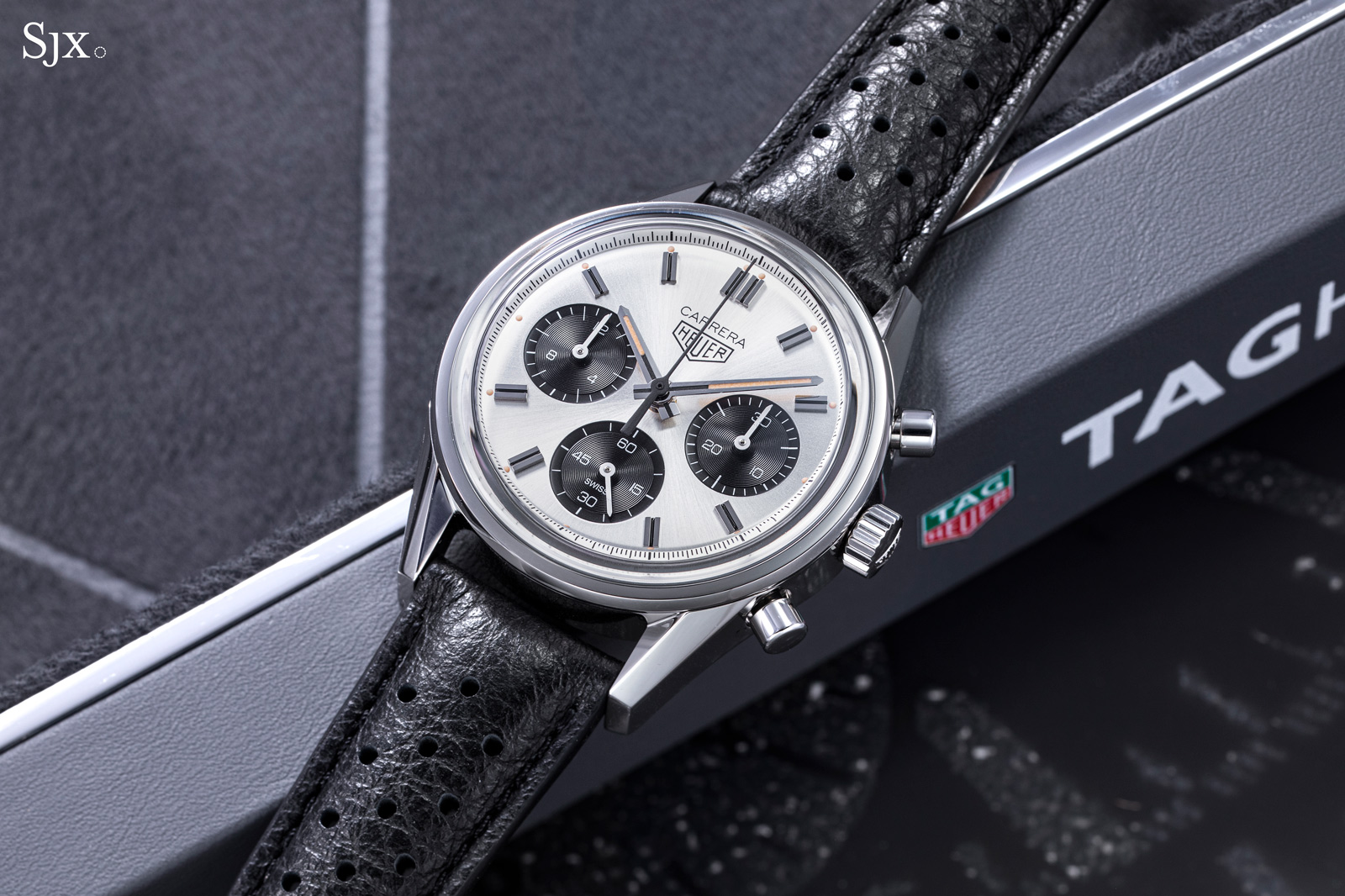 Jack Heuer introduced the Carrera in 1963 as a chronograph for race-car drivers. No frills yet stylish design, the Carrera was perfect blend of form and function. Sixty years on TAG Heuer is celebrating its signature chronograph with a faithful revival, the Carrera Chronograph “60th Anniversary”, the first in a series of commemorative models that will be launched over the year – but it will be the only vintage remake amongst the commemorative editions.

Presented in the modern-day Carrera case of 39 mm, it is a near-identical replica of the classic Carrera ref. 2447 SN with its distinctive “panda” dial. While it incorporates the key elements of the original, the brand has updated the watch with its in-house automatic movement and of course scaled up the design to match. 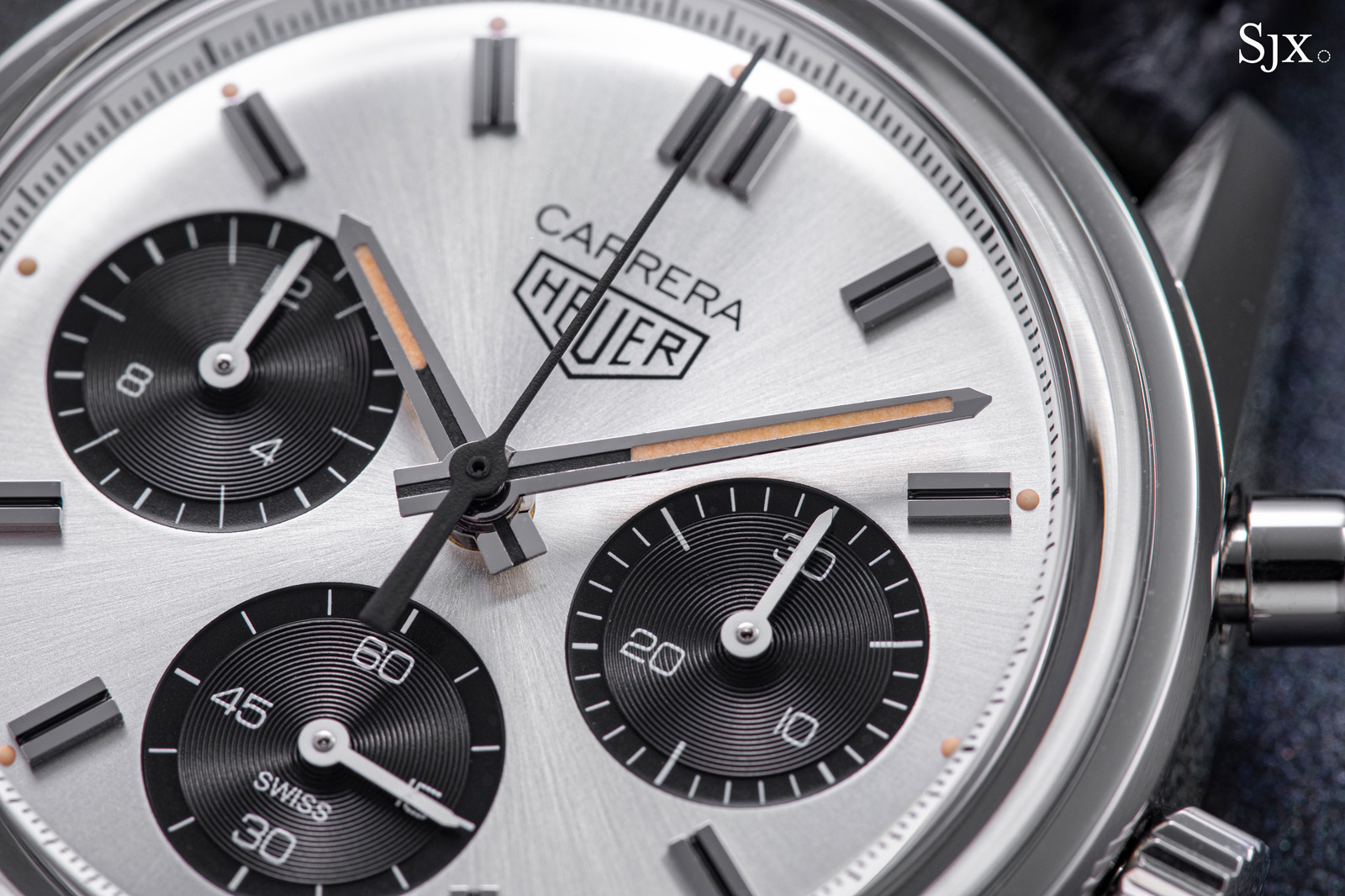 I was struck by its understated styling of the Carrera Chronograph “60th Anniversary”. It’s a remake that doesn’t try to do too much but performs well. The original was clearly a functional sports chronograph but still elegant, something that this remake inherits. And the simplicity of the original ensures that it doesn’t look dated.

Admittedly, this is not exactly novel since TAG Heuer already released the remake of the ref. 2447S with an all-silver dial in 2020. But the “panda” dial is undoubtedly more appealing. It’s perfect homage to the 1960s and the brand’s history in motor racing. The dial gets the details right, including the “Heuer” logo, brushed finish, recessed registers, and even the perforated “racing” strap. And I like that fact that the brand stuck to the original design entirely and left out a date window at six.

The dial also sports faux-vintage Super-Luminova. Such “lume” is overused in vintage remakes, but in a few instances it works, including this one. The parchment lume goes well with the silvered, “panda” dial. 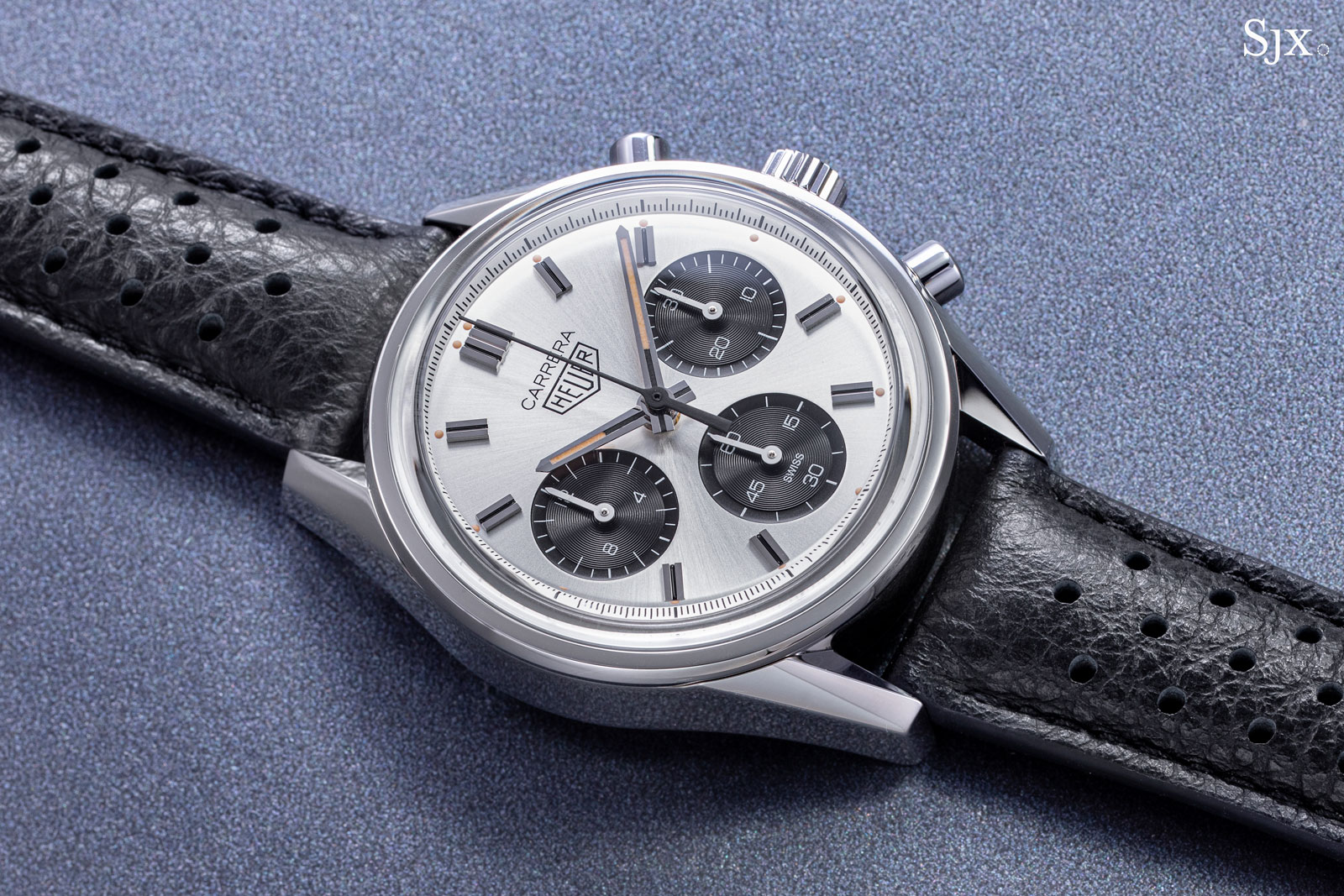 But as is the case for all of TAG Heuer’s vintage remake, the large is quite large, especially when compared to the original. The 39 mm is manageable, even appealing when considering modern sizing norms, but it is pretty thick at over 14 mm. The tall case mean that the proportions are not quite the same as the original.

Retailing for US$7,400, it is slightly more expensive than the standard models in the present collection (that are also larger in diameter), but not much more so. With the in-house movement and good execution, it is well priced.

And this has a bit of extra appeal as the last Carrera vintage remake. Subsequent Carreras will sport a different case and modernised dial design.

TAG Heuer’s affinity for motor racing is rooted in its history, which is replete with famous drivers, champion teams, and major races. No watch encapsulates that like the Carrera (except maybe the Monaco). The original was named after Carrera Panamericana, the road rally that took place across the rugged terrain of Mexico. Notorious due to the multiple casualties that occurred during the race, the Carrera Panamericana was cancelled in 1954.

Not long after, Jack Heuer, great-grandson of the brand’s founder and then its chief designer, sought to create a chronograph that was legible and minimalist, one that did away with the scales common in chronographs of the preceding decades. He learnt about the Carrera Panamericana in the early 1960s, leading him to christen the new creation “Carrera”. 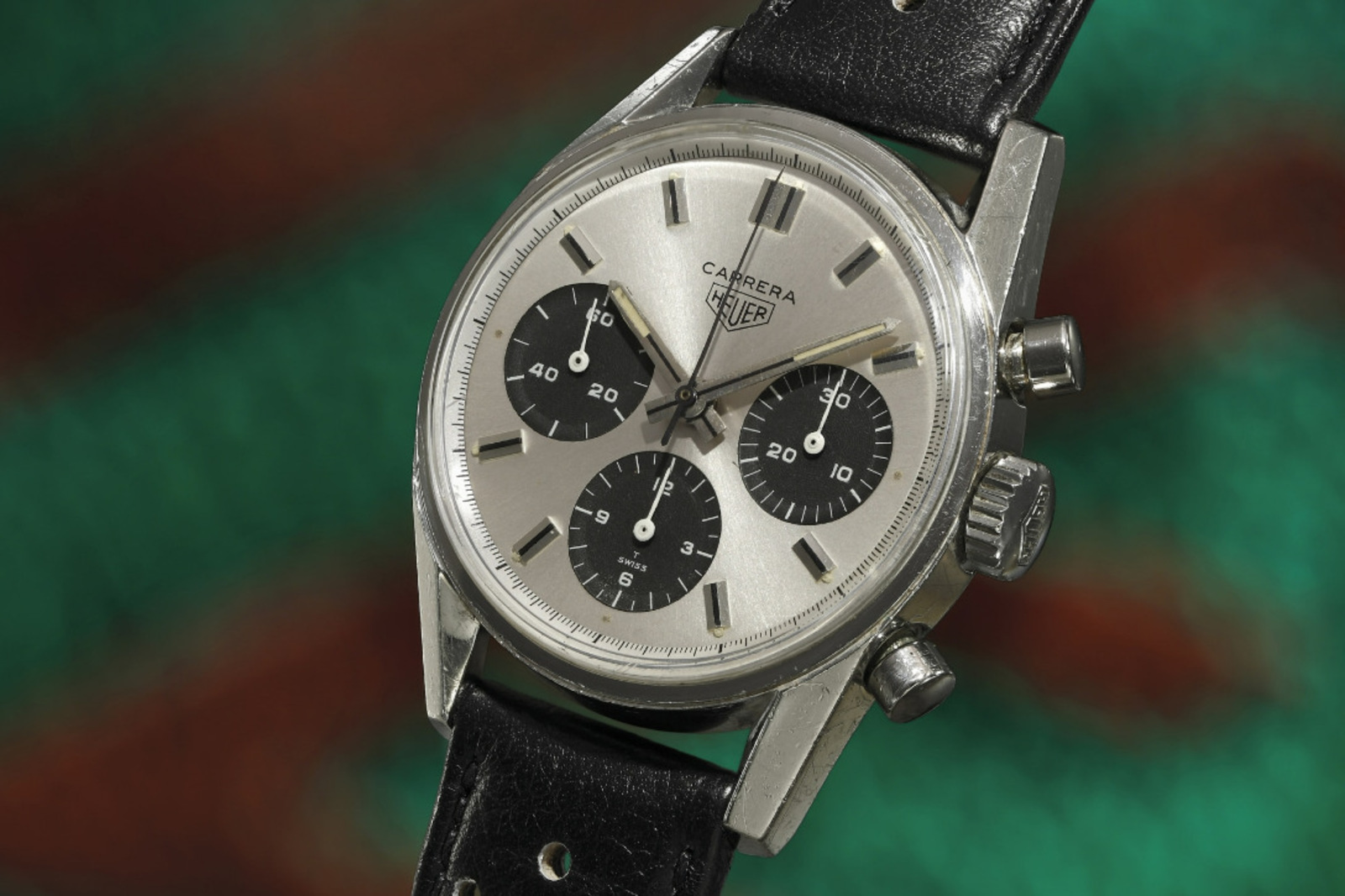 Over the years, the model has been updated with assorted features and redesigned several times. While some ventured far from the original in terms of styling, recent Carrera models have returned to the aesthetics of the original, culminating in the 60th anniversary “panda”. The anniversary model replicates the ref. 2447SN (“S” for silver and “N” for noir), which stands out for its restrained yet high-contrast design.

The dial stays faithful to the original in both design and finish. The dial is silver with a sunray-brushed finish, while the sub-dials are recessed and stamped with a concentric pattern.  Importantly, the dial recreates the proportions of the original, more or less, resulting in a pleasing, balanced layout. 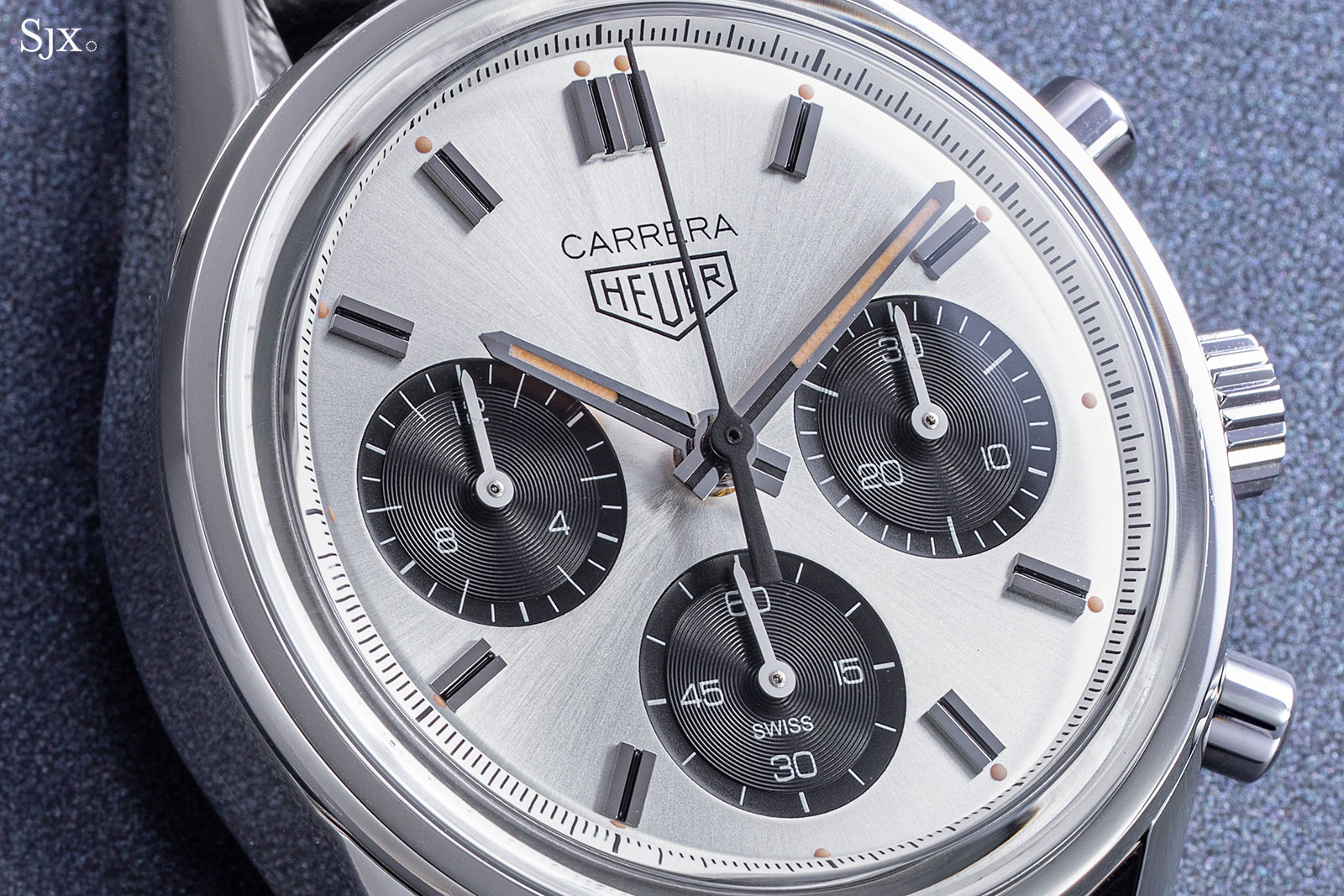 But of course, as is often the case with remakes, the new dial feels, well, new as compared to the original. The printing and finishing are more pronounced, particularly with the patterning on the registers. The case is the same one found on past Carrera remakes. It sticks to the form of the original but on a larger scale at 39 mm by 14.3 mm. The diameter is a good size that still gives it a vintage feel, though the thickness takes away from that.

The case height is inevitable due to the movement inside, which is the same calibre found in  TAG Heuer’s more premium chronographs. The Heuer 02 is the brand’s workhorse in-house movement, featuring a column wheel and vertical clutch, along with a substantial power reserve of 80 hours. 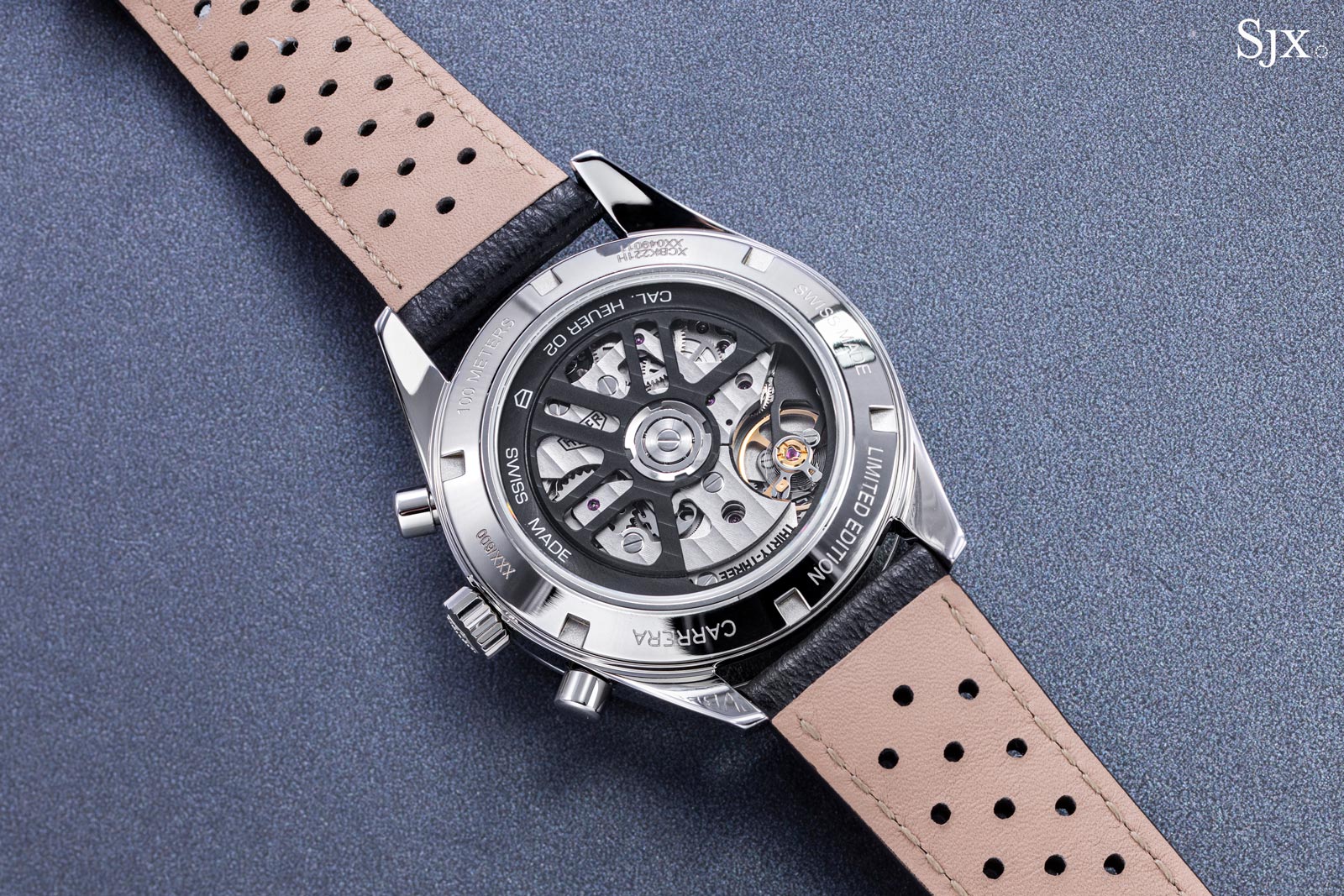 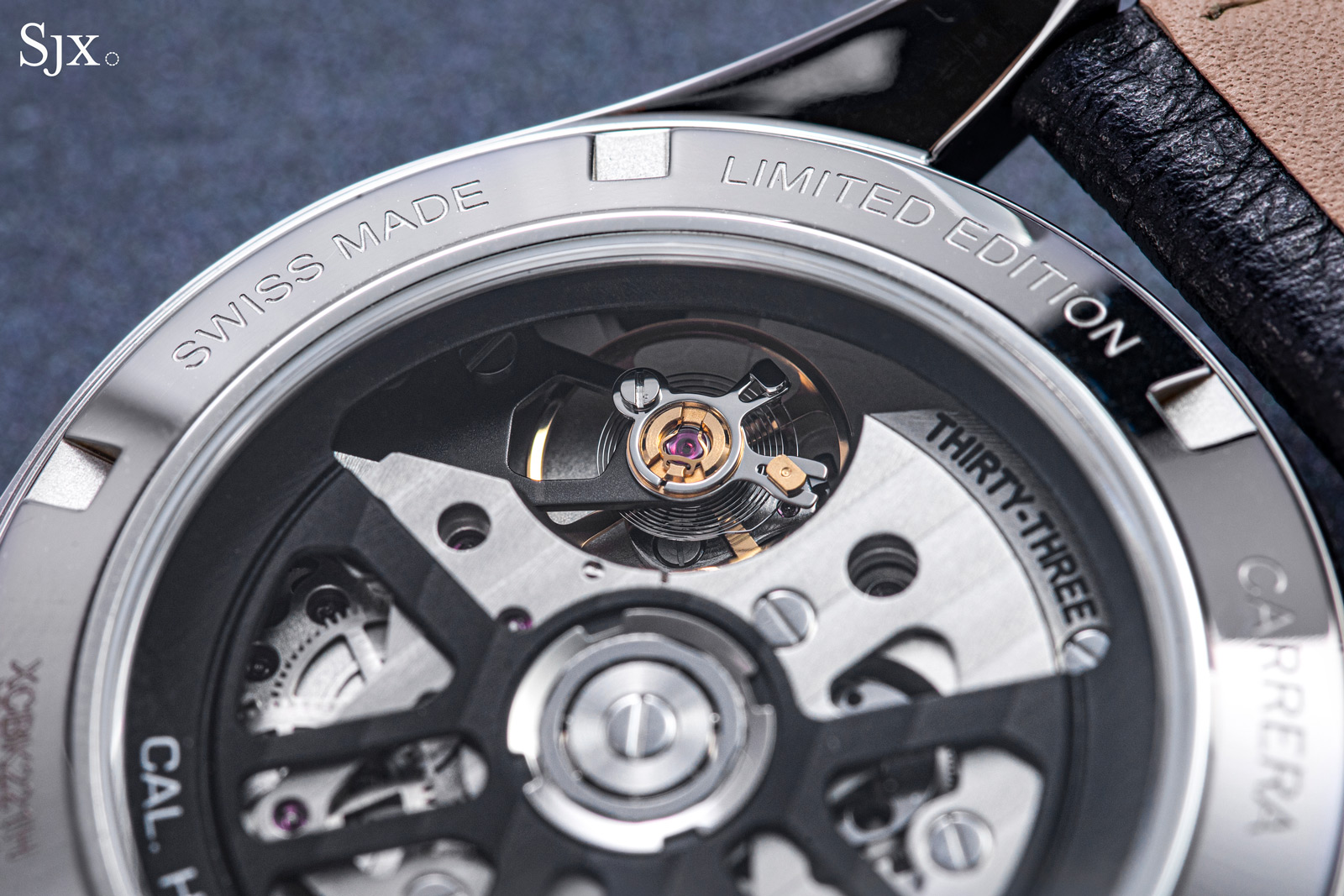 The Carrera 60th Anniversary is a good-looking watch that is fairly affordable. The vintage design is simple enough that it remains fresh, a quality that has been preserved in the remake. Overall, this strong release from TAG Heuer that will please both longtime fans of the brand and those who have just discovered it. 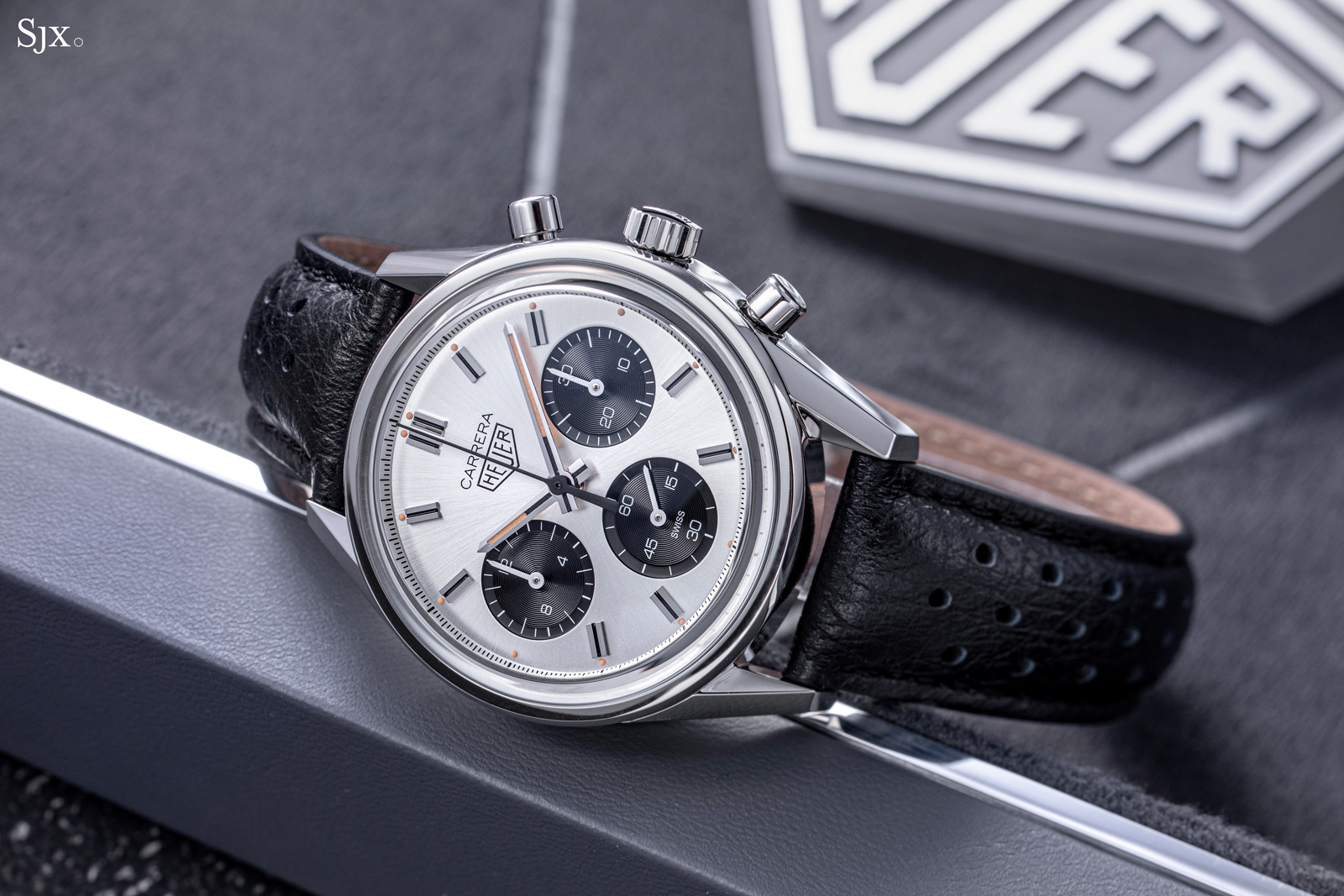