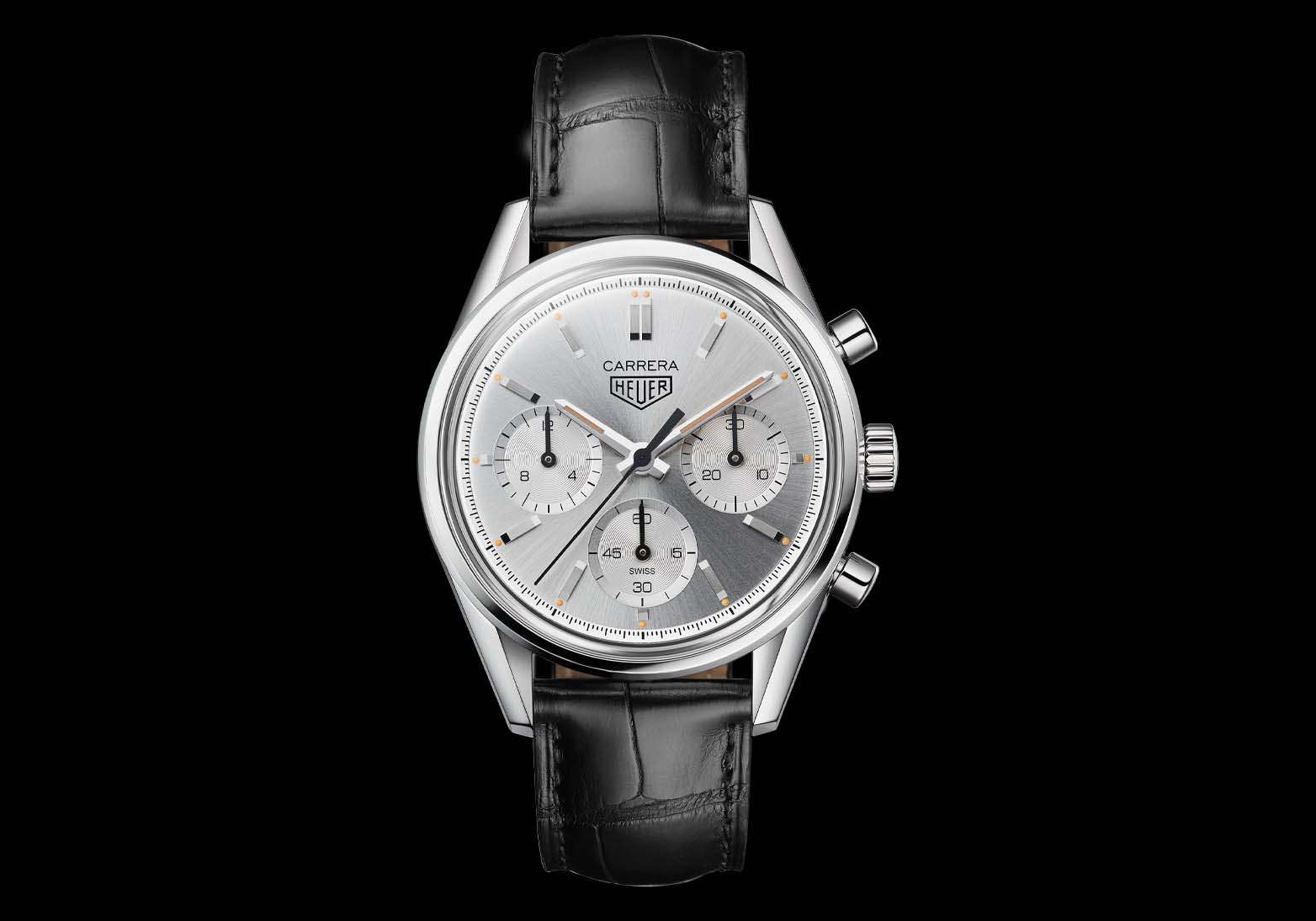 To mark its 160th anniversary this year, TAG Heuer just unveiled the Carrera 160 Years Silver Limited Edition, a remake of the Carrera 2447S from 1964 that’s a quintessential vintage Heuer.

Though simple, the ref. 2447S is still fairly distinctive with a monochromatic colour palette and the recognisable Carrera case with its facetted lugs. The ref. 2447S was characterised by a radially brushed silver dial – the “S” in the model reference denotes a standard, silver dial without a tachymetric scale – that arrived only in 1964, replacing the white dial that was one of the launch colours, alongside black. 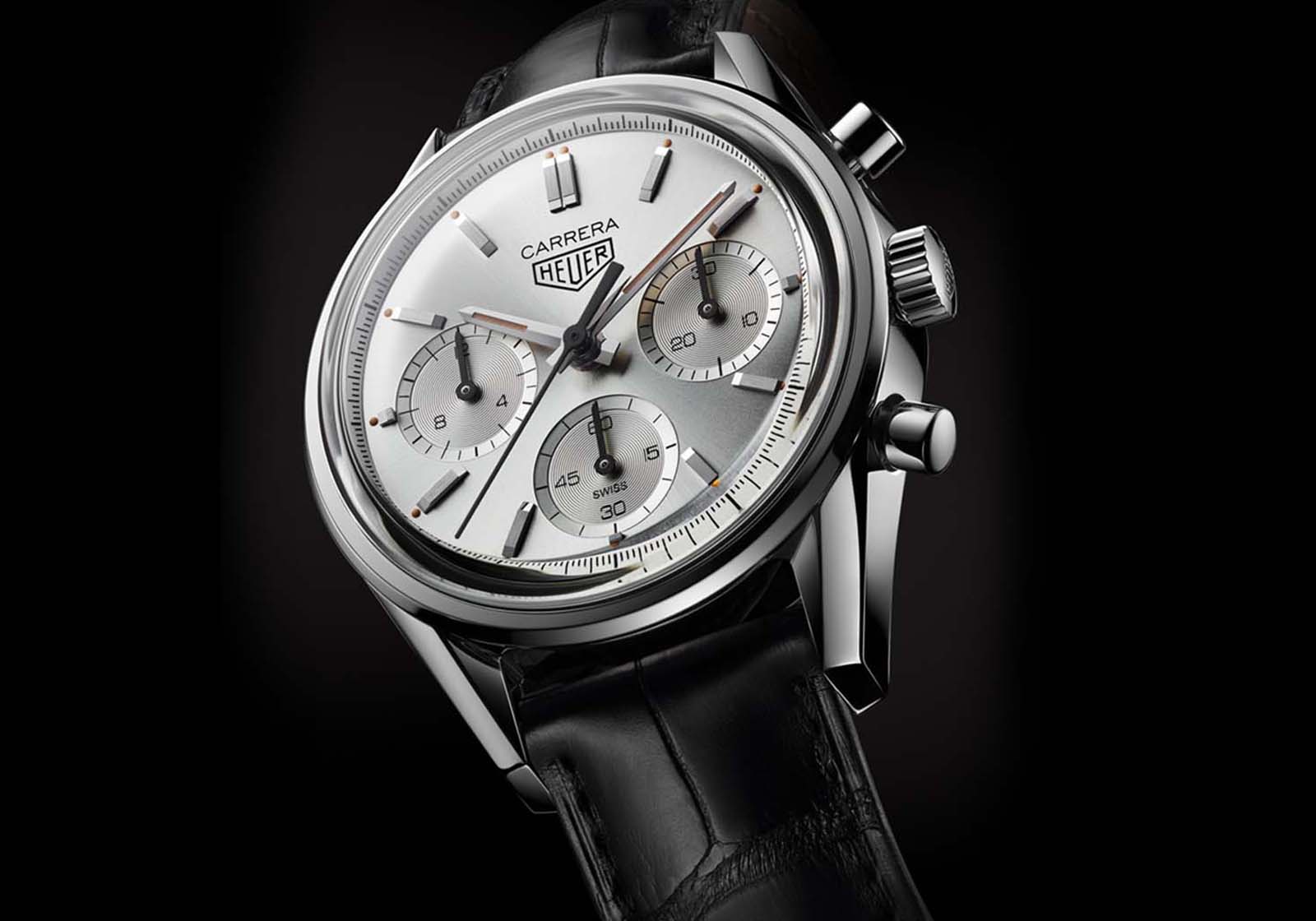 Limited to 1860 pieces, the Carrera 160 Years Silver remains largely faithful to the original, save for a few tweaks like a larger size, restyled hands and necessary technical upgrades such as water resistance and the movement.

While the original was 36 mm, the remake is 39 mm, a more appropriate size for a modern watch, if not exactly ideal for a remake. But it is finished just like the original, being entirely polished. And the case is topped by a domed sapphire crystal, which replicates the look of the acrylic glass on the original. 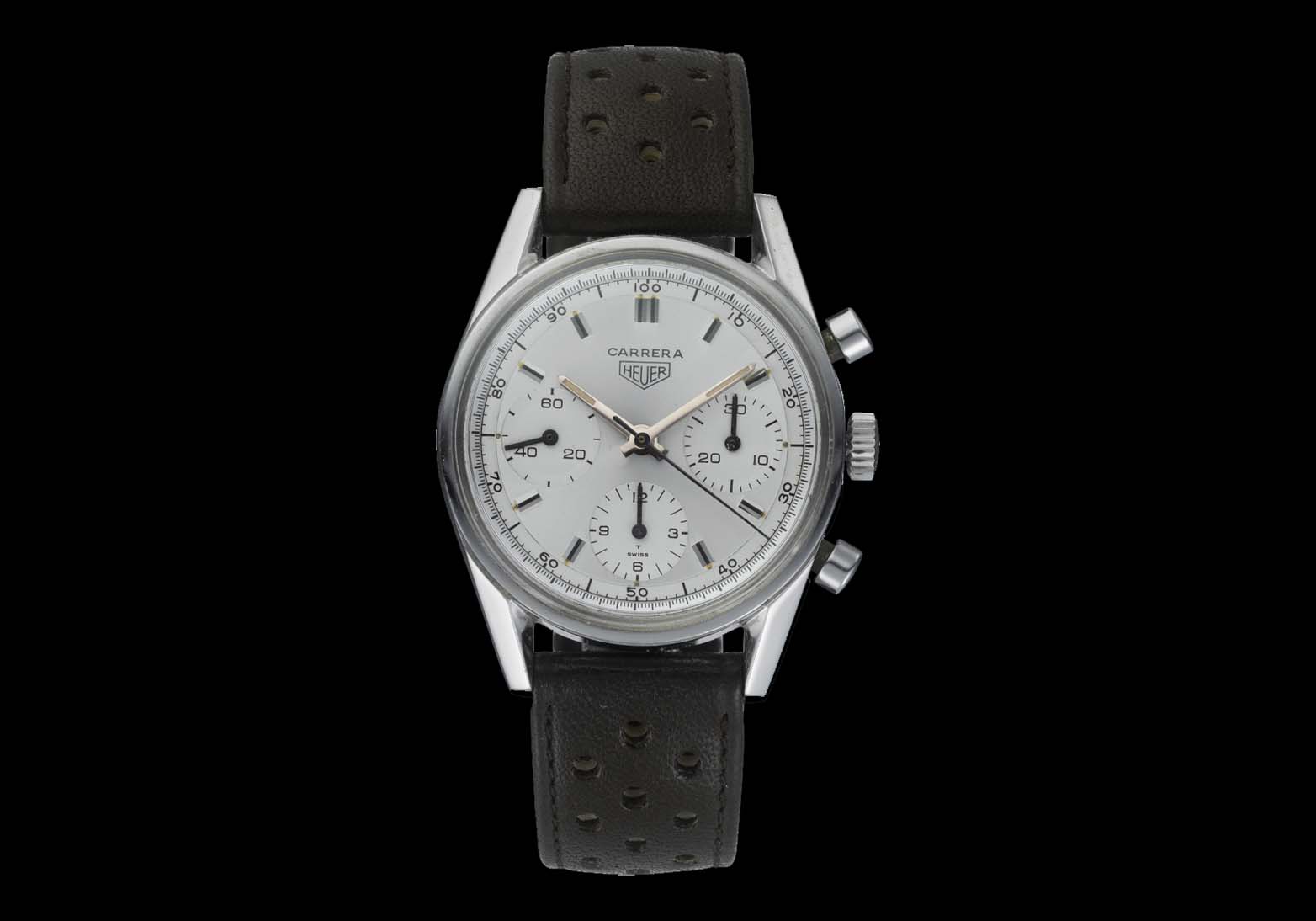 A Carrera ref. 2447D, which shares the same silver dial but includes a decimal scale

Besides the case, another obvious difference on the remake are the chronograph registers: the running seconds is now at six o’clock, while it sat at nine on the original. That is a consequence of the in-house movement inside.

A more subtle upgrade has to do with the hour and minute hands, which are now faceted, giving the watch a more modern and refined look. 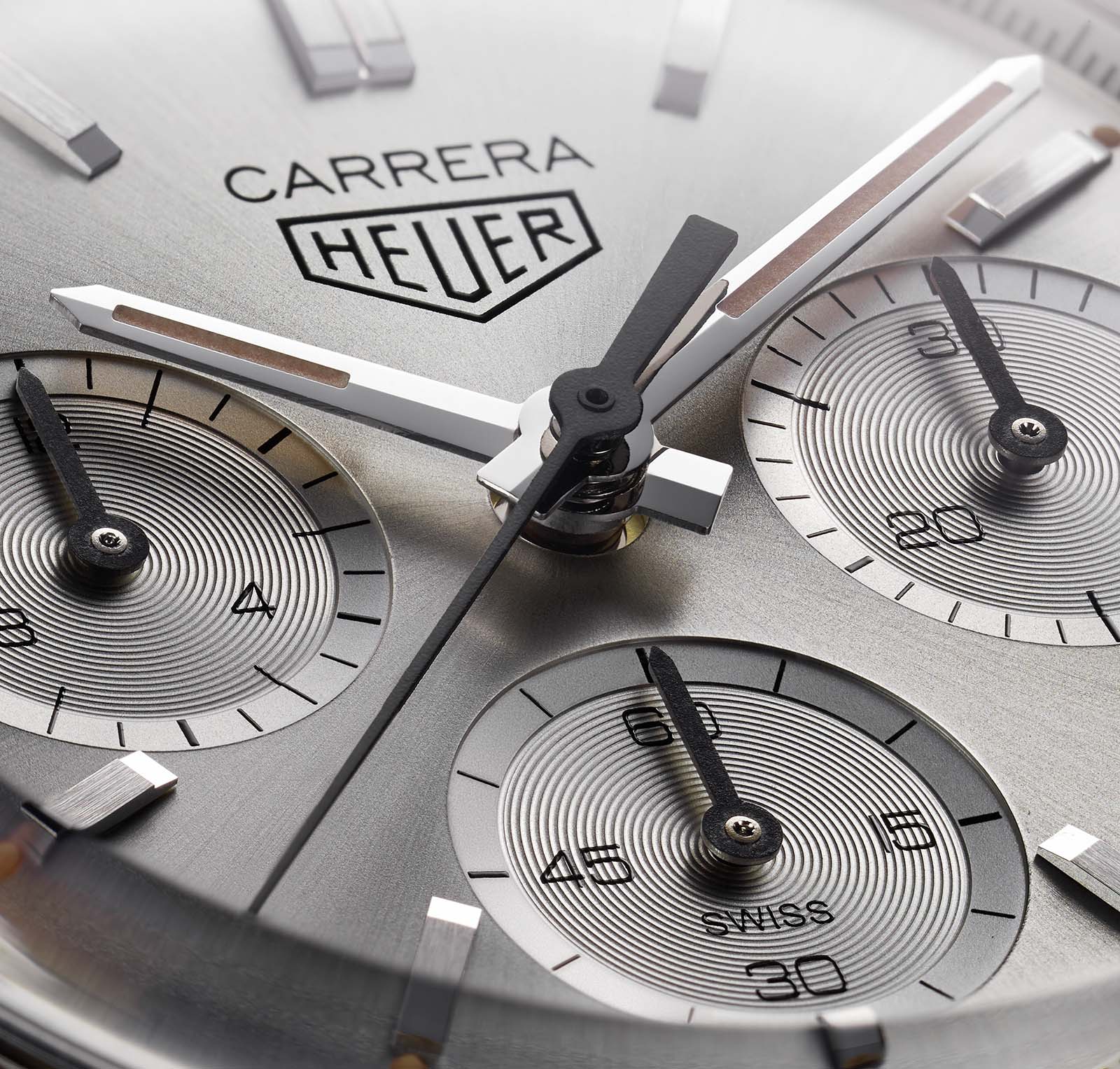 The most significant upgrade is mechanical. While the original was powered by the Valjoux 72, the remake is equipped with the in-house, automatic Heuer 02. It offers an 80-hour power reserve and is equipped with a column wheel as well as a vertical clutch. Visible through the sapphire case back, the movement is stock save for a black-coated rotor bearing the brand’s 160th anniversary emblem. 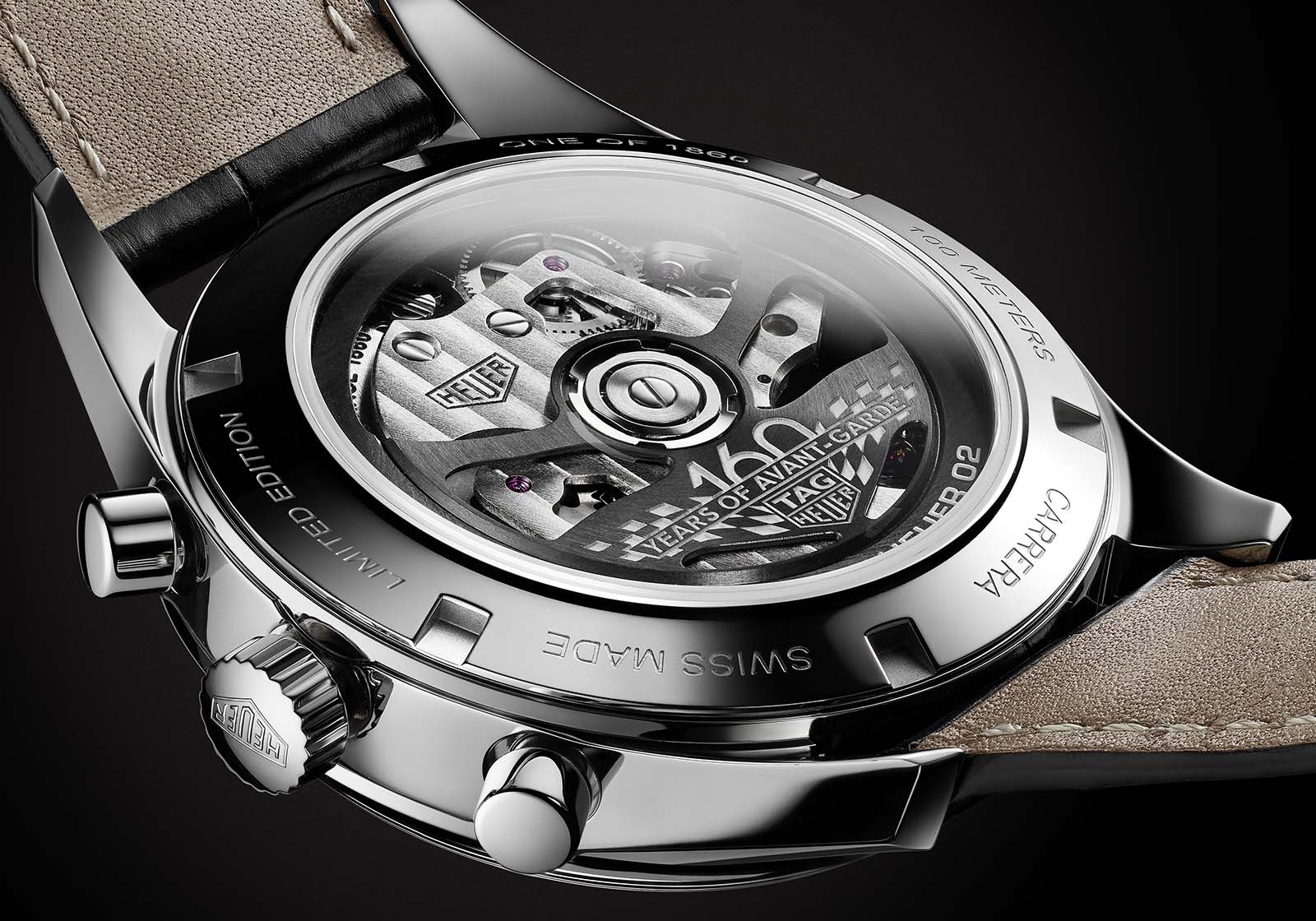