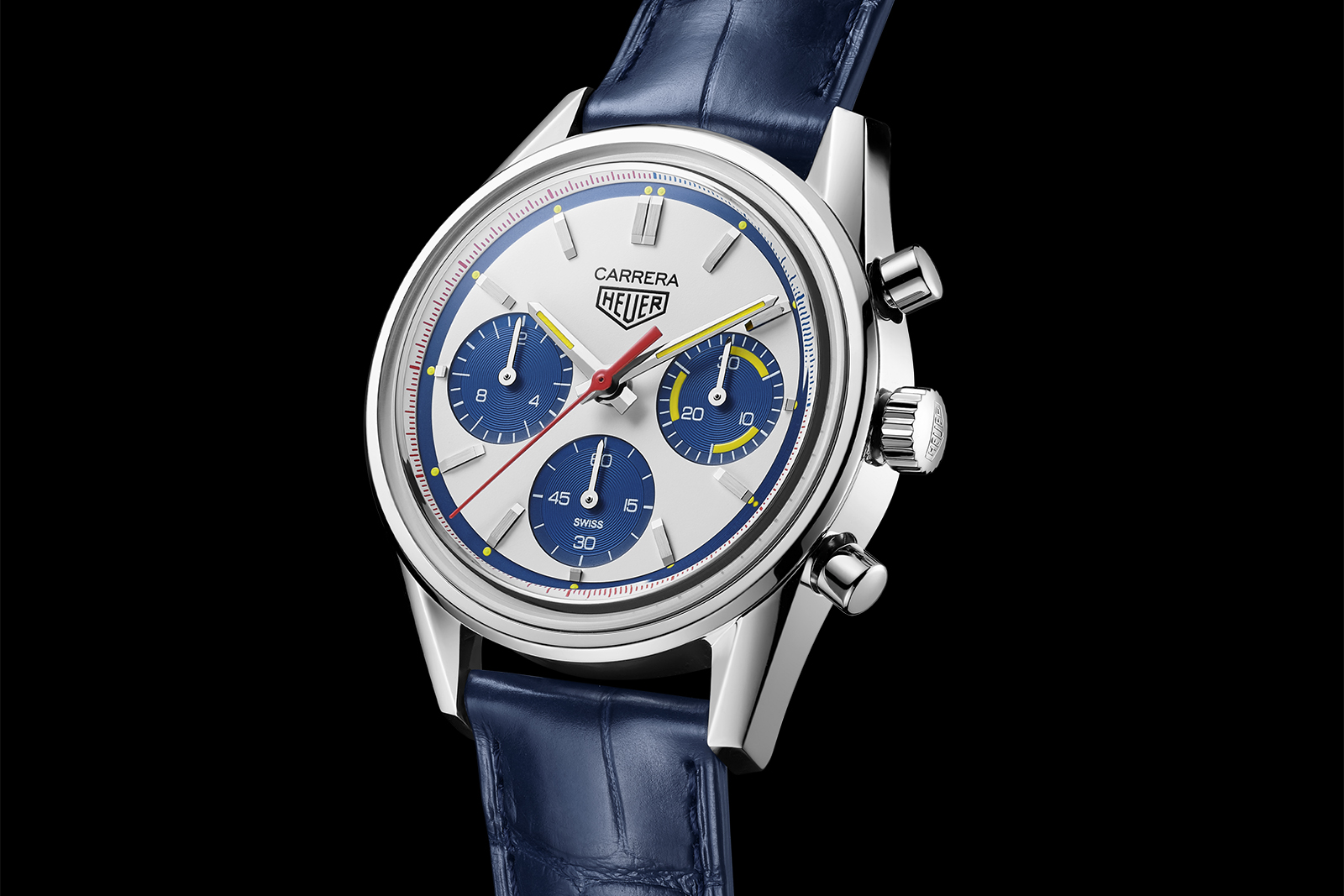 Early in the year, TAG Heuer unveiled the Carrera 160 Years Silver, a remake of the Carrera 2447S from 1964 – a watch many consider the quintessential vintage Heuer.

Continuing with the 160th anniversary commemoration, TAG Heuer has just debuted the the Carrera 160 Years Montreal Edition. Limited to 1000 pieces, the Montreal Edition has an eye-catching dial inspired by the funky Heuer Montreal (ref. 110503W) of 1972. The colours give a different dimensions to the Carrera 2447S, which was historically offered only in no-nonsense colours of black or silver. 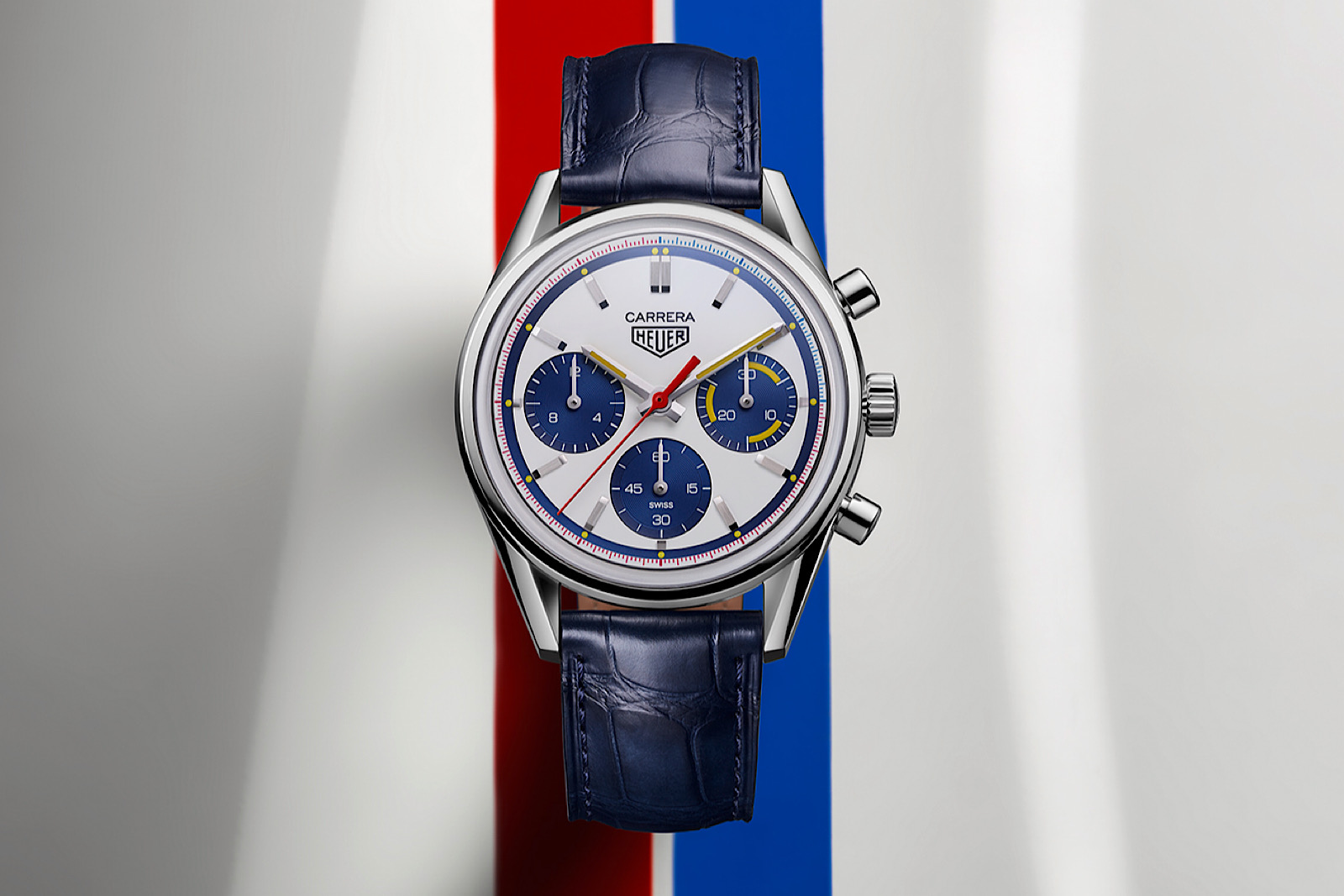 At first glance, the Montreal Edition has a completely different personality compared to the Silver Edition that preceded it, despite both being essentially the same watch. While the latter is more restrained and somber with its monochromatic colours, the latest edition is fun and casual thanks to the colours taken from the white-dial Heuer Montreal (which was also available in black and blue).

I like my watches to be understated, so I prefer the Silver Edition, though I can see this version appealing to anyone who loves an extroverted watch. Overall, the watch is a great fusion of the Heuer Montreal and Carrera 2447S, combining the colours of the Montreal with the classic style of the Carrera. 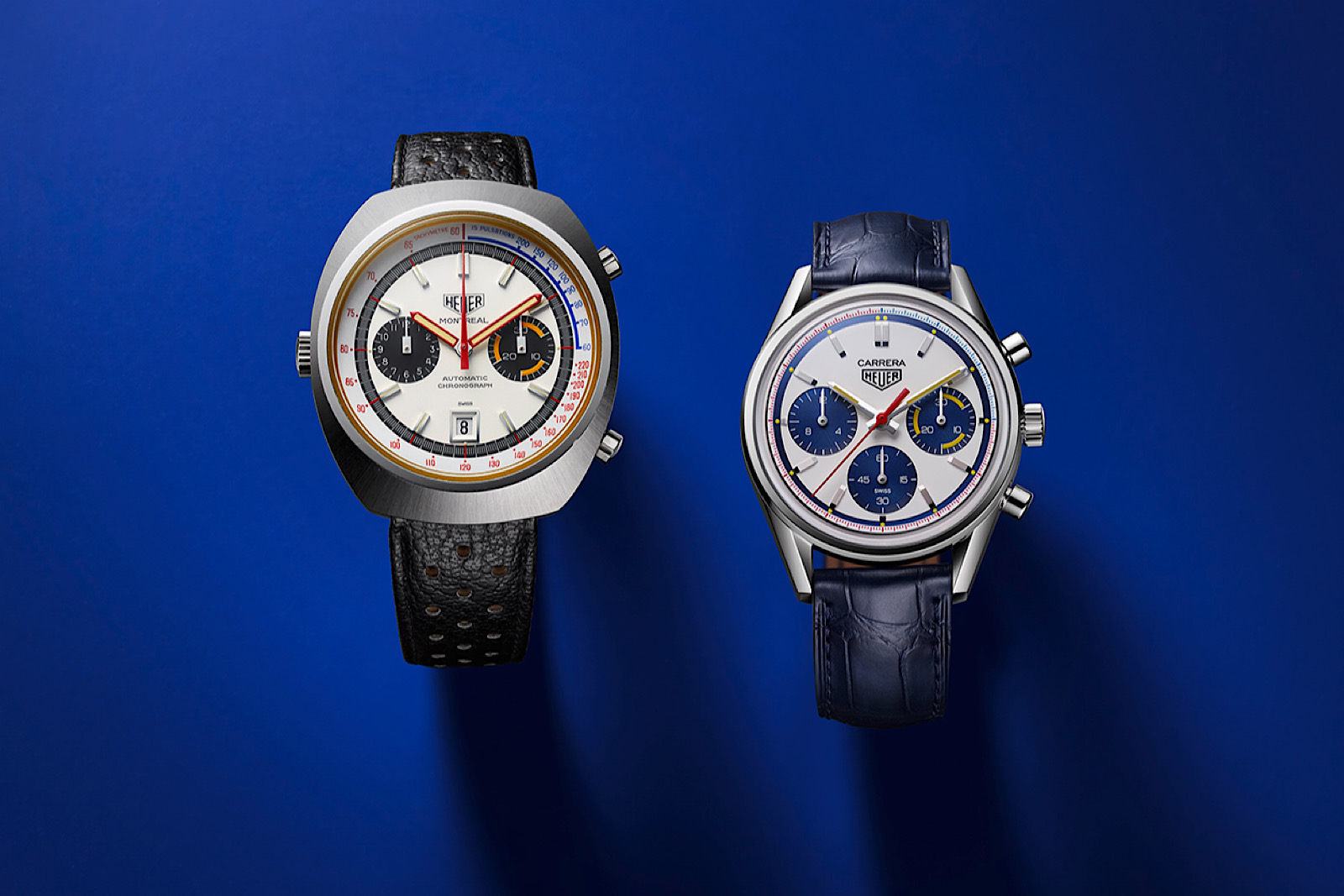 The Heuer Montreal (left) and the Carrera 160 Years Montreal Edition

TAG Heuer did a good job of translating the key elements of the Montreal into the Carrera, such as the yellow accents on the minute counter and the alternating blue and red seconds scale. The colours are employed harmoniously and complement each other. But despite the bright colours, the dial remains balanced, uncluttered, and devoid of superfluous lettering on the dial. The case is the same as the one found on the Silver Edition. It’s a modern take on the vintage Carrera 2447S with its distinctive bevelled lugs and fixed bezel design, but enlarged to 39 mm and 14.5 mm high, with some of the height accounted for by the domed, “box type” crystal. Having owned a watch with the same case, I can say the watch is quite compact on the wrist, and wears comfortably thanks to the lugs. 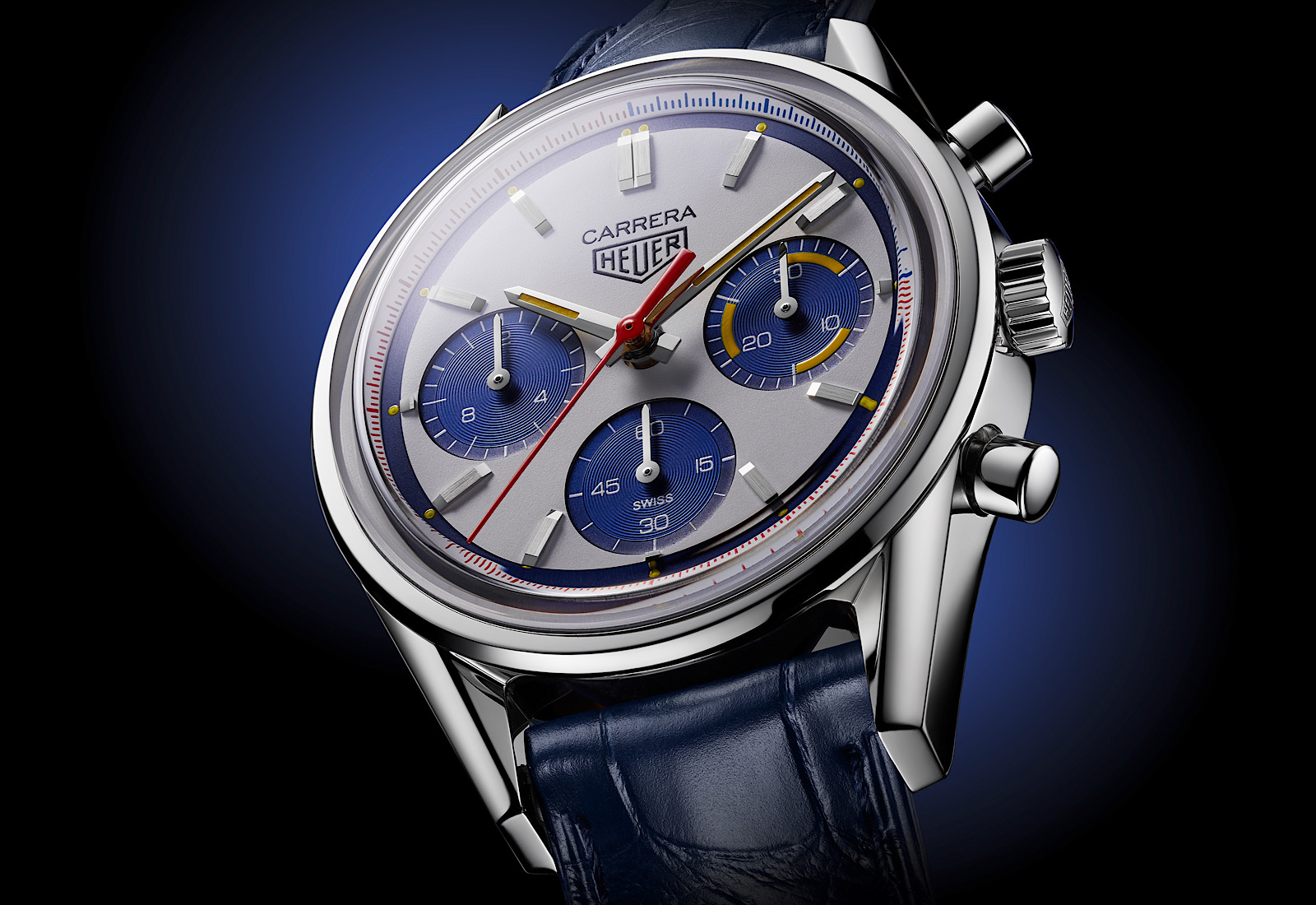 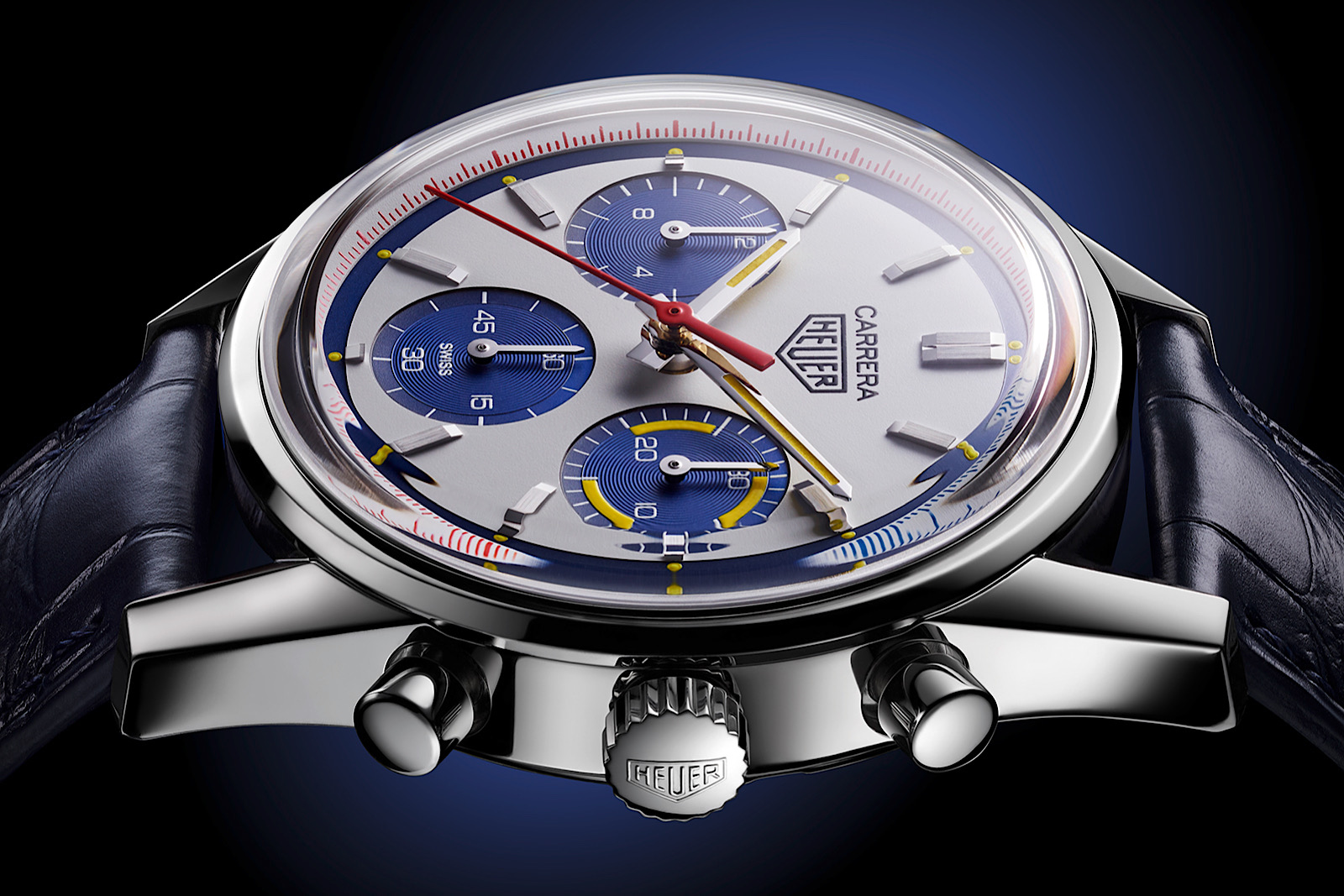 Visible through the case back is the in-house Heuer 02, the brand’s upper-end chronograph movement (as compared to the Heuer 01 based on the Seiko TC78 construction).

Relatively thin for a chronograph movement at 6.95 mm (the Heuer 01 is 7.30 mm by comparison), and boasts features like a vertical clutch and column wheel. The power reserve is a useful 80 hours, almost double of the industry norm.

Like the standard version of the movement, the decoration is industrial and no-frills, but here it features a rotor bearing the brand’s 160th anniversary emblem. 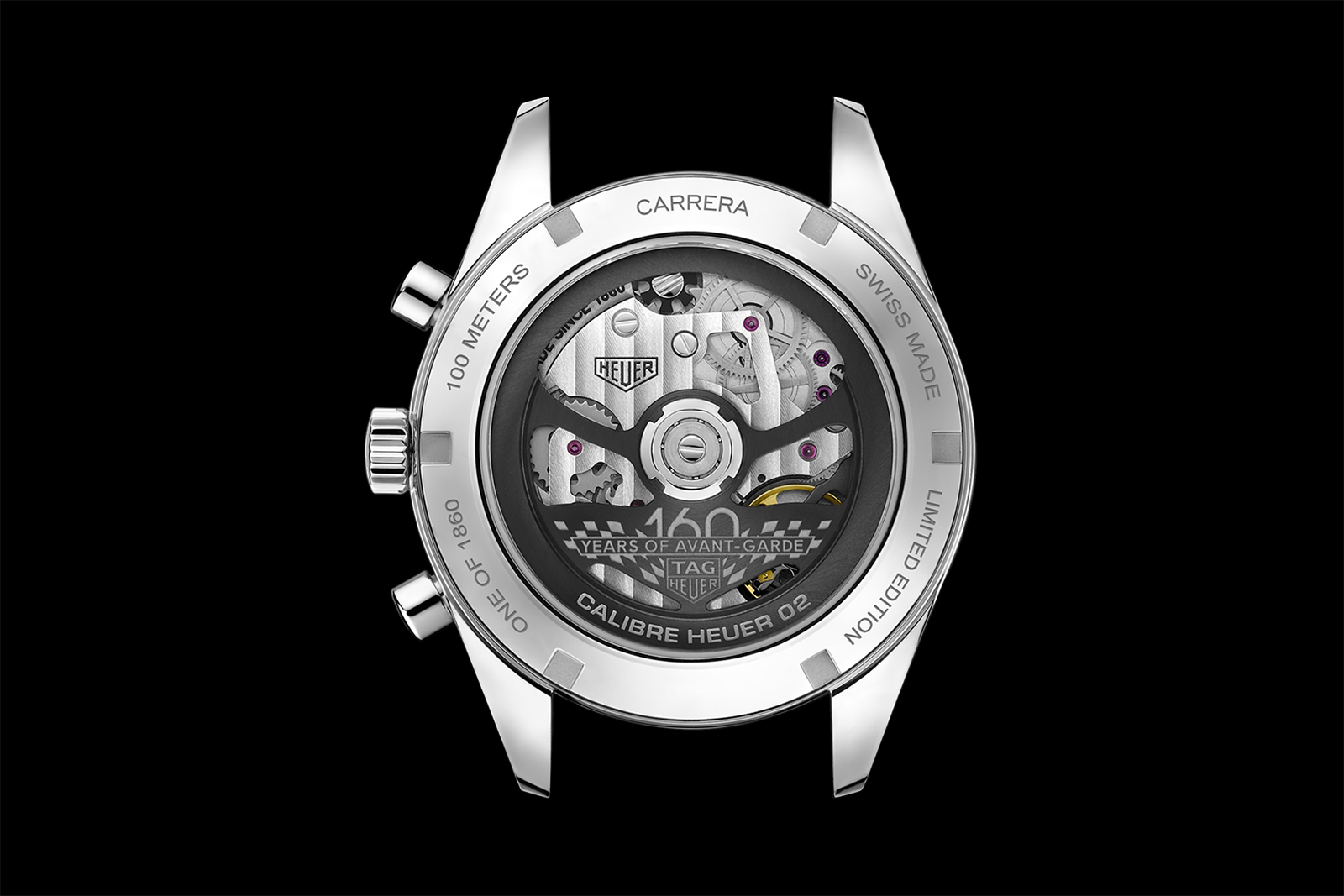