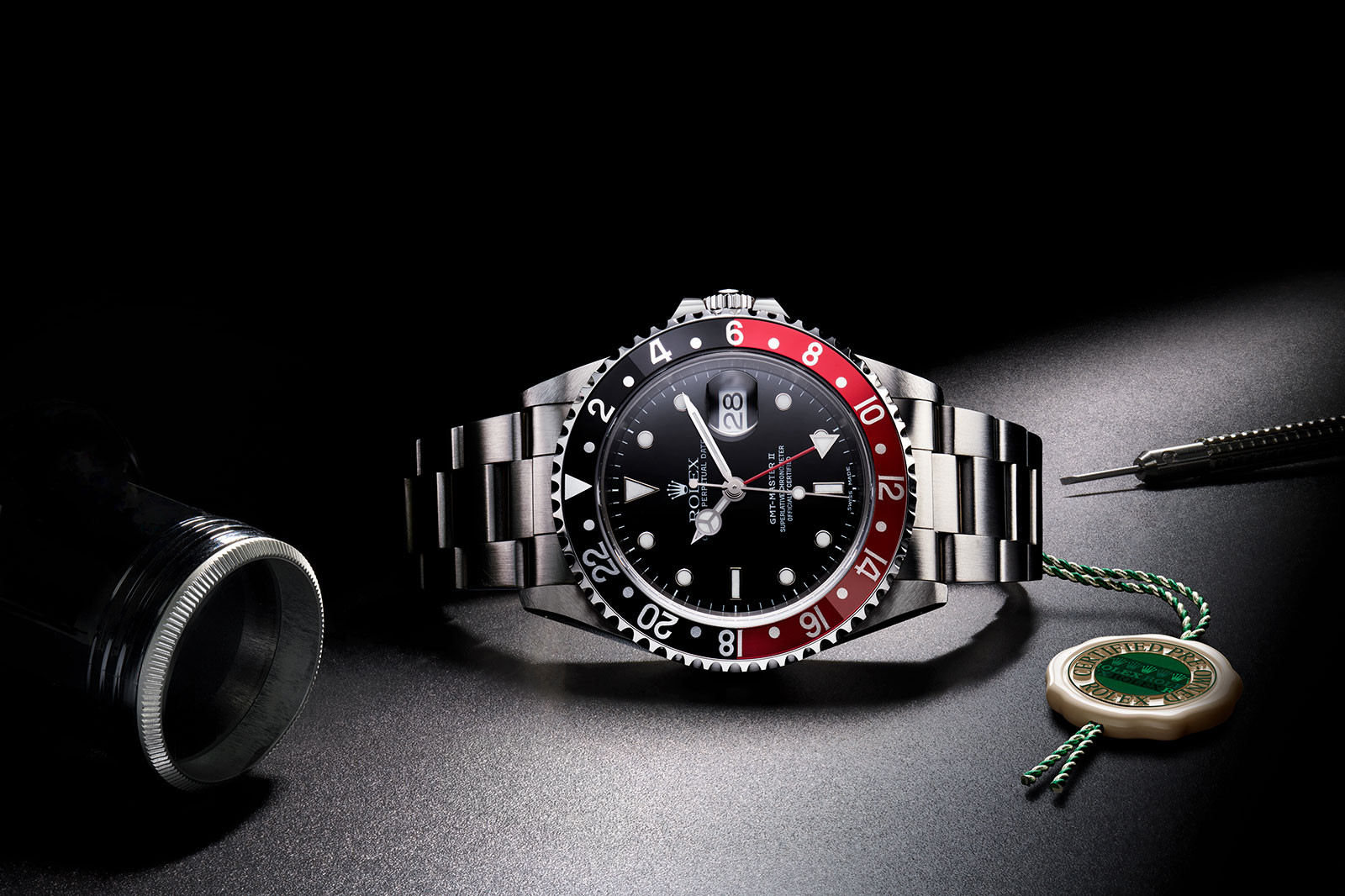 Having just announced the Rolex Certified Pre-Owned programme, the Geneva watchmaking giant has in the headlines everywhere. The programme is certainly a significant development, though it will probably play out in a more nuanced manner than predicted in most media.

To recap, Rolex Certified Pre-Owned is open to all and any of the brand’s retailers on a voluntary basis. It allows a retailer to sell pre-owned Rolex watches – that have to be at least three years old – but only after they have gone through an official Rolex service centre. Importantly, retailers will have to source their own pre-owned inventory, pay Rolex for servicing, and are free to set prices on their pre-owned offerings.

Such certified pre-owned (CPO) watches will be accompanied by a two-year guarantee as well as a Rolex Certified Pre-Owned guarantee card (in addition to the original guarantee card and accessories if available). The first to embark on the CPO programme is the biggest Rolex retailer in Europe, Bucherer, which already has CPO watches on sale. Other retailers will be able to do the same from spring 2023 should they choose to do so. 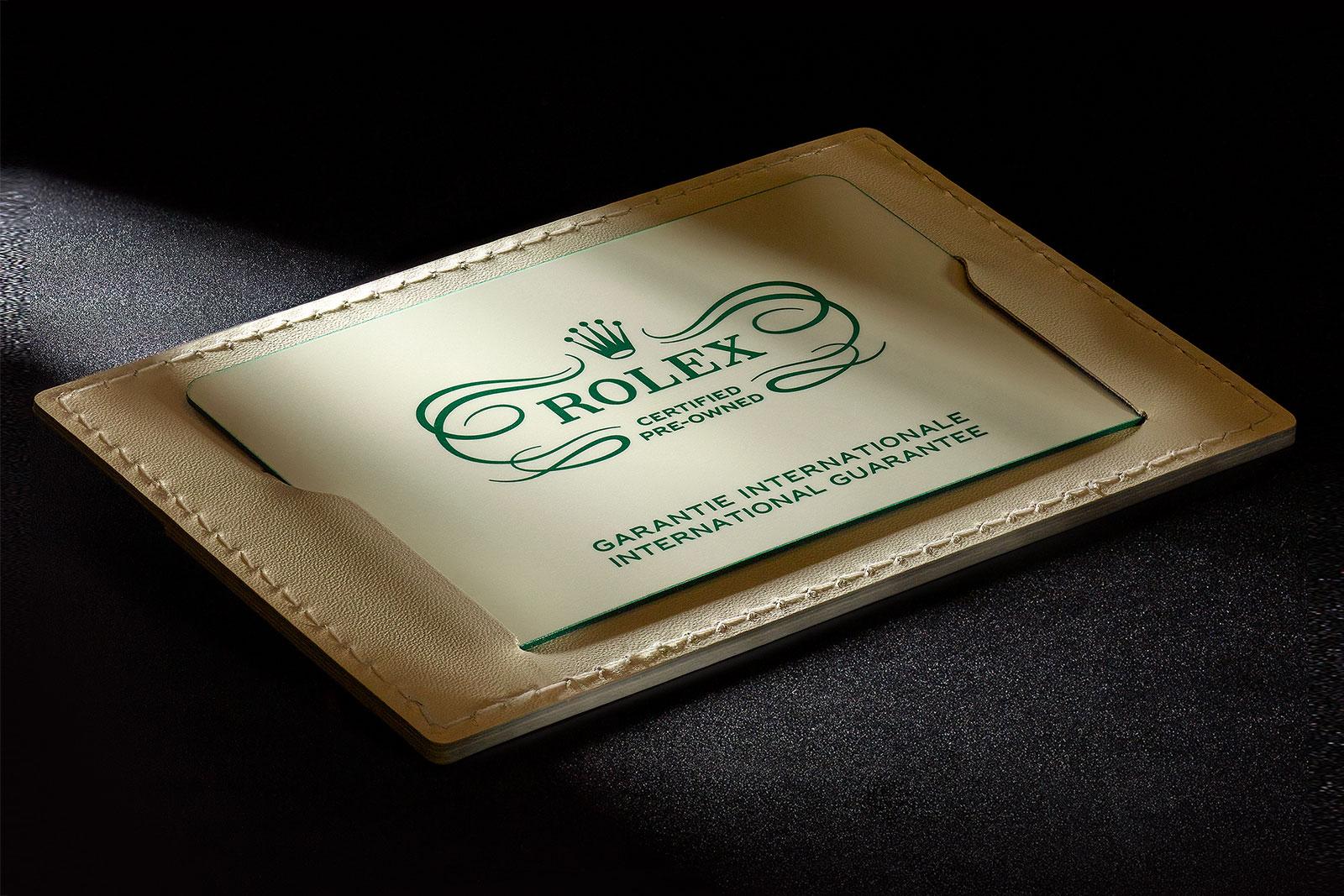 Crucially, Rolex CPO has nothing to do with the grey market, which is the market for brand-new watches sold via non-authorised channels. It is where brand-new Rolex watches sold at a premium to retail are transacted.

On the other hand, Rolex CPO all about pre-owned watches that are at least three years old. And Rolex knows exactly when a watch is three years old because of its point-of-sales systems. This means that brand-new Rolex can, and probably will, still be sold on the secondary market at premiums over the official retail price – but not by official CPO retailers.

At the same time, Rolex doesn’t mention vintage watches (typically those over 30 years old) in the announcement of the programme, but it is logical that vintage watches will be part of the CPO programme but on a negligible scale since the vast majority of pre-owned Rolex sales are for modern watches.

Long in the works

In typical Rolex fashion, the programme has been in the works for a long, long time, despite being announced just recently. Rolex had been gently encouraging retailers, especially its biggest partners, to start selling CPO watches for two years or more. And starting last year, retailers were given notice that the CPO programme would become official soon, and so it has.

In fact, a hint of the company’s approach to the secondary market was already evident with Tudor. For several years now, Tudor has made it clear, in both print and public statements by its spokespeople, that its watches are accompanied by a “five-year transferable guarantee with no registration… required”. The implication of that is clear: the buyer of a pre-owned Tudor enjoys the same guarantee benefits as someone who buys it new, an unambiguous acknowledgement of the importance of the client who buys a pre-owned watch. 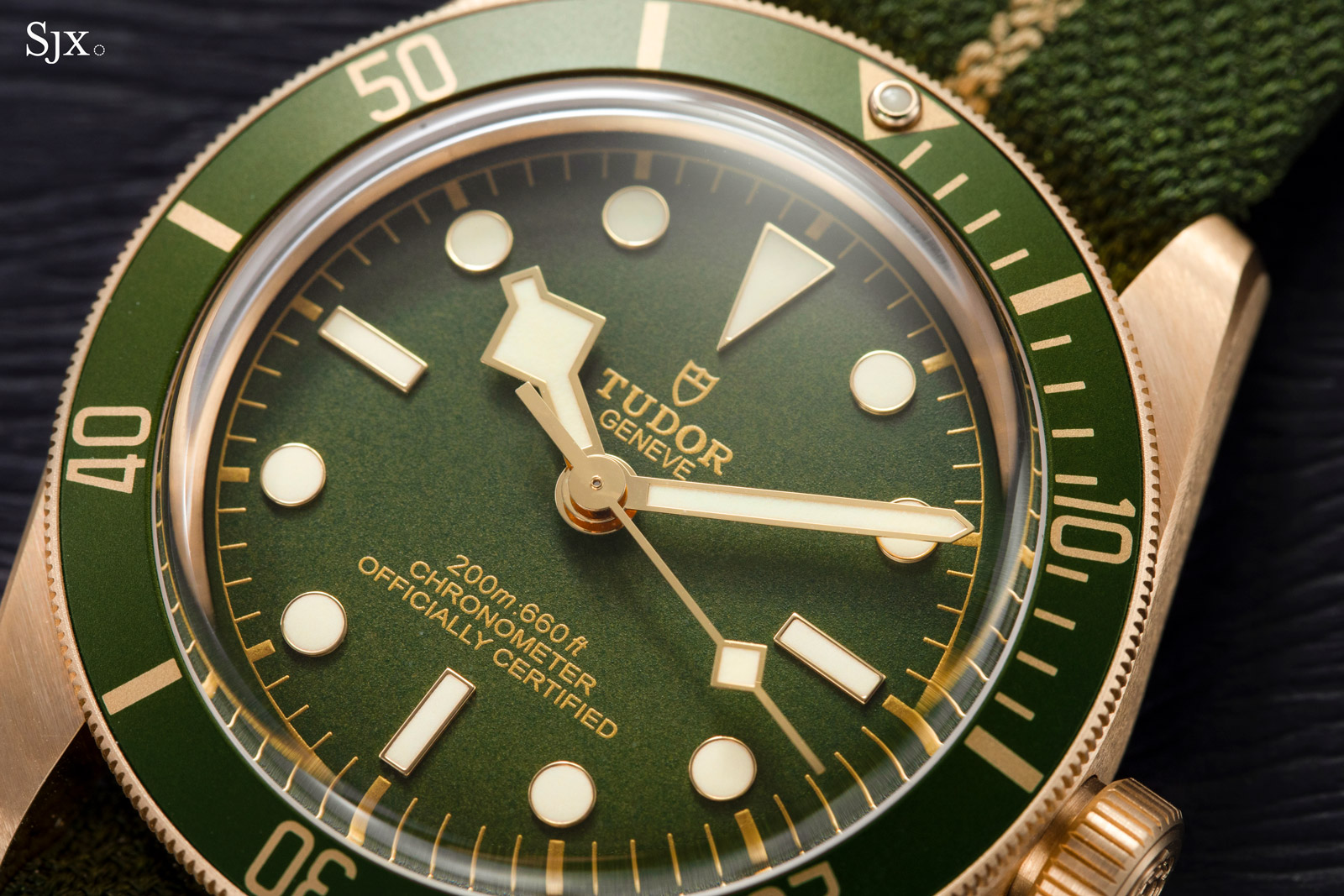 It is tempting to imagine that a luxury-watch brand gets involved in the secondary market simply as a matter of dollars and cents. However, given the scale of Rolex’s business, both in terms of sales and profitability, it seems unlikely that a CPO programme will move the needle very much. Remember that the only revenue Rolex earns from the CPO programme is the cost of servicing CPO watches.

Given the particular mindset of the powers that be at Rolex, its CPO programme is more likely an issue of control, data, and customer satisfaction.

Despite selling all of its watches via third-party authorised retailers – Rolex itself only owns one store that is located in Geneva – the brand has already asserted maximum control over the process of selling its watches. With magnetic-strip warranty cards swiped on proprietary readers each time a brand-new Rolex is sold at an authorised retailer, the brand knows exactly when that happens and where it happens. With the CPO programme, it can extend the same control to pre-owned Rolex watches.

With that, Rolex will gain an insight into customer behaviour over time as the CPO programme gains scale and reach. For instance, it will realise if customers are selling a specific model more quickly or more often than average, which might imply the ownership experience is not as satisfactory as it can be.

Crucially, the CPO programme is about ensuring the Rolex reputation extends to every corner of the market and globe. This stems from the fact that Rolex is extremely protective of its image, to a degree beyond that of the typical luxury-watch brand. From that perspective, it is perfectly logical that Rolex wants all of its clients – whether they buy a new or used watch – to enjoy a certain level of service and product quality. 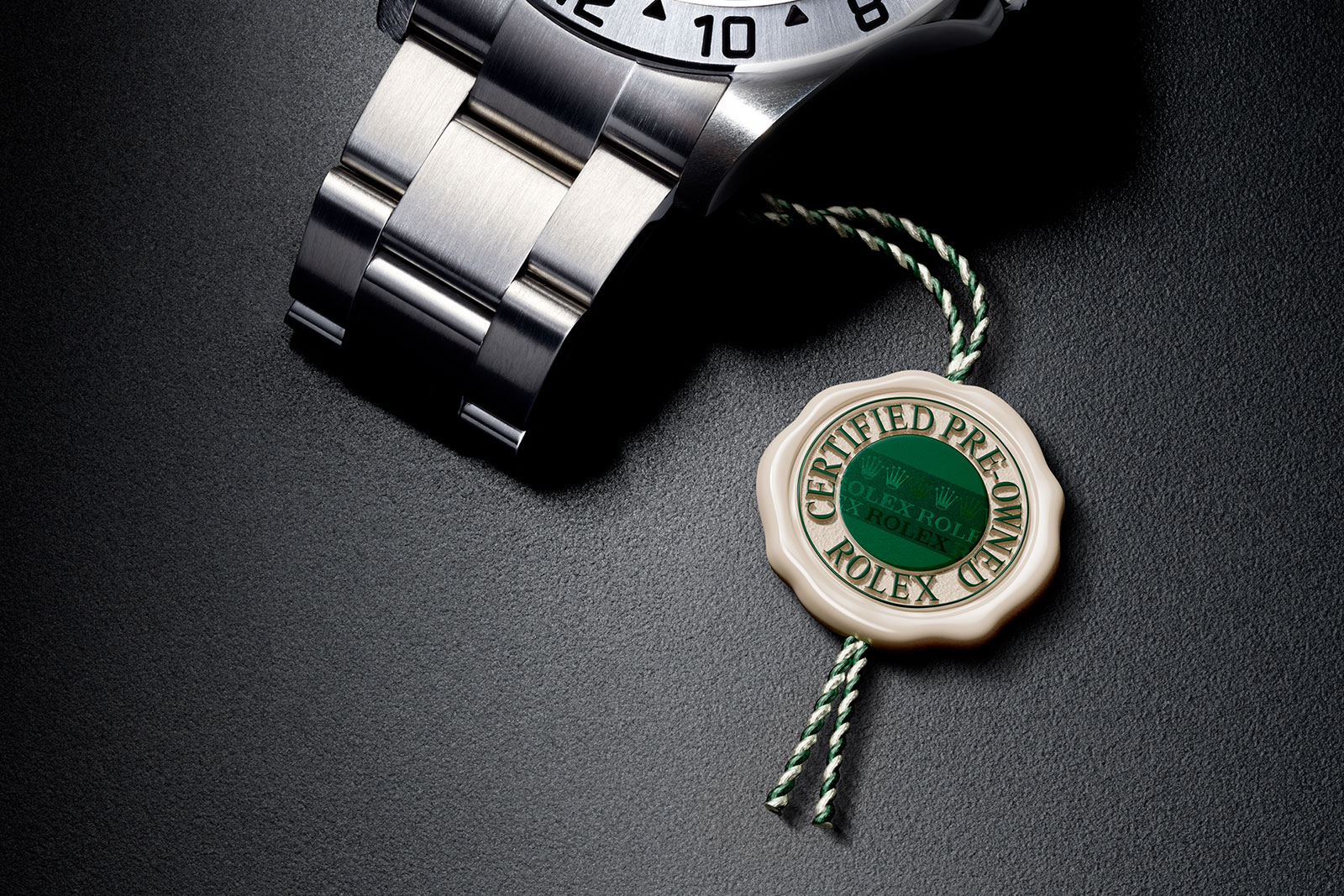 Even though the CPO programme won’t likely do much for Rolex’s financials, it may represent an opportunity for its retailers because of the scale, but pulling it off will be a challenge for any retailers.

The pre-owned business is a sizeable one, despite being extremely fragmented. Pre-owned giant Watchbox recently announced its 2022 revenue will cross the US$400-million threshold, while watch blog-turned-retailer Hodinkee has over US$100 million in annual sales, most of it from subsidiary Crown & Caliber, a pre-owned merchant comparable to Watchbox.

But getting to such a scale will be difficult for even the biggest Rolex retailers. For one, the economics of the pre-owned business are vastly different from that of brand-new watches at retail. The operating margin for the most recent financial year at two of the world’s biggest retailers is instructive: 20.6% at The Hour Glass and 11.5% at Watches of Switzerland.

In contrast, the operating margin for pre-owned dealer is typically in the mid-single digits because the business is primarily high volume and low margin, somewhat similar to a commodity trading business. As a result, even if authorised retailers grow their top line significantly with a sizeable CPO business, it will probably be accompanied by declining margins. 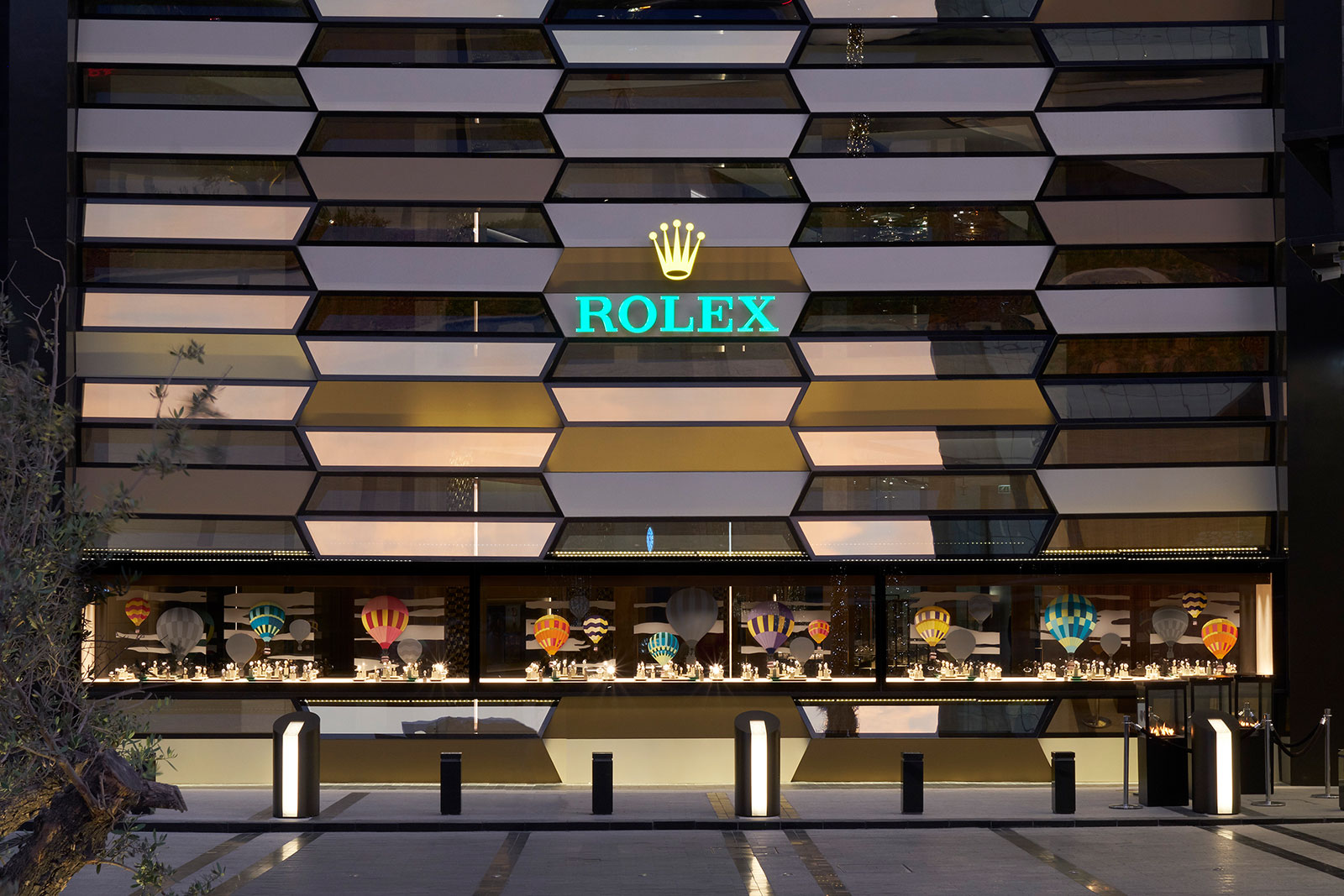 The Rolex boutique in Dubai operated by Ahmed Seddiqi & Sons

Beyond the financials, it is also a matter of personnel and processes. The physical businesses of selling new and pre-owned watches differ vastly. Selling a new watch is, well, selling a new watch – perhaps not easy but certainly straightforward since the product is delivered by Rolex in a perfect state, while prices and margins that are fixed.

In contrast, selling a pre-owned watch requires sourcing, assessment, servicing, and then selling. Every pre-owned watch is different in terms of cosmetic and maybe technical condition, even if it is the same model. As a result, the skillsets required to operate the business is different, which means retraining existing staff or hiring a new team.

So retailers will have to build an entirely new operation to do the CPO business at scale, which requires a significant investment financially and a major commitment from management. But regardless of its scale, the CPO business will not offer the same margins selling new watches, which may be a deterrent for some retailers.

The specifics of Rolex CPO means that it will have a modest impact on the broader pre-owned Rolex market, at least in the short to medium term, simply as a matter of costs and pricing.

Official retailers will inevitably operate on a higher cost base than unofficial secondary market dealers, making their offerings more expensive. The nature of official Rolex retailers means their operating costs are already higher to start with since their stores are located in swankier locations and outfitted more expensively. And of course, Rolex CPO watches have to be serviced by Rolex, a cost that will ultimately make it into the price paid by the consumer. But even so, the price premium for Rolex CPO is likely to be modest.

Ironically, it is the quality of modern Rolex watches diminishes the premium that the CPO seal might bring. Current Rolex watches are exceptional products that are the result of tremendous engineering and top-class production. Consequently, a pre-owned Rolex will likely be just as good from a functional standpoint regardless of whether it emerges from the brand’s own CPO programme or a reputable independent dealer.

If one day you found yourself in Geneva in need of a gold bar, does it matter if the ingot comes from Credit Suisse or UBS? The same can arguably be said of modern Rolex watches: since a Rolex is so good, how much is the Rolex CPO seal of approval worth?

Raising funds for US expansion.