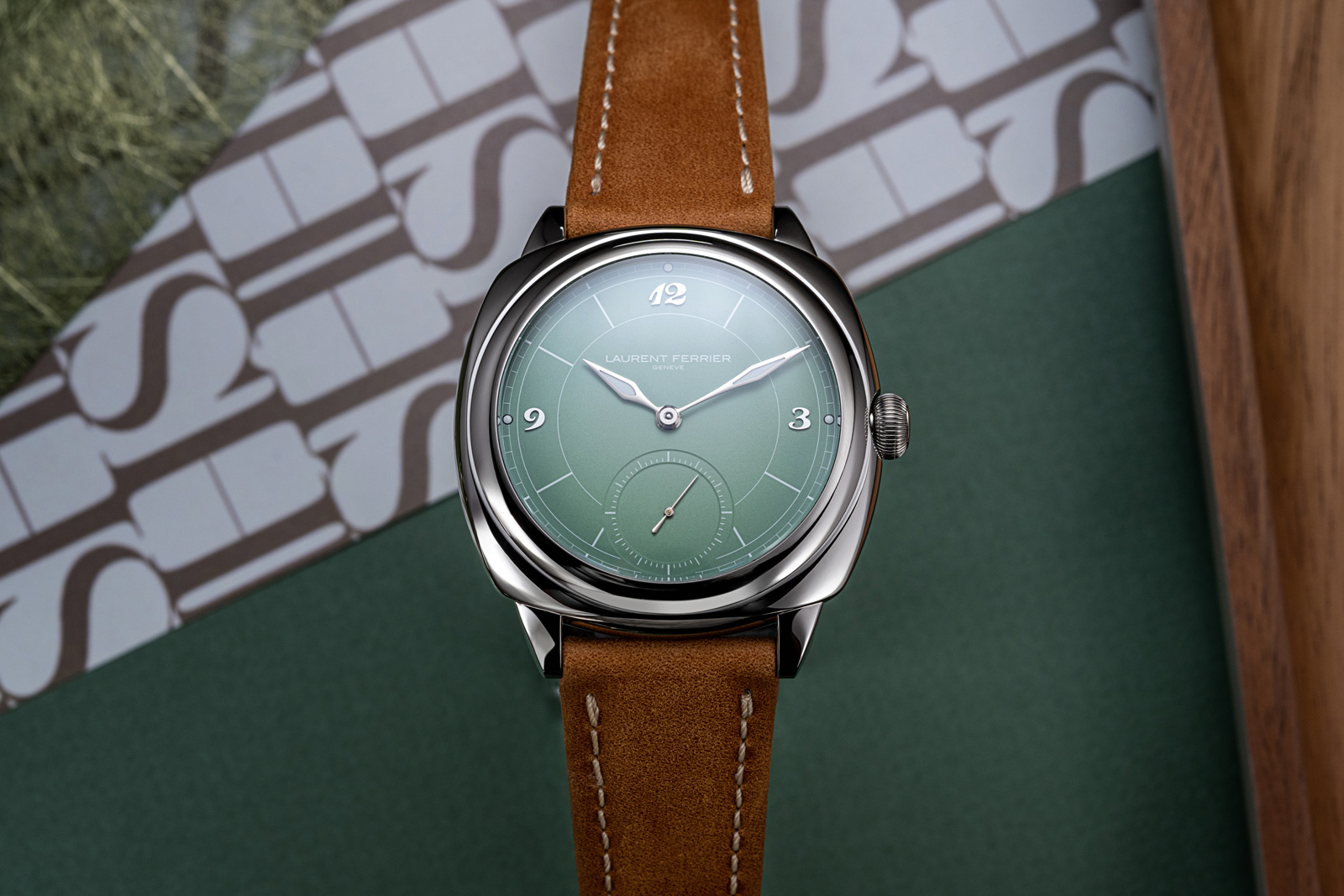 Following that, SHH has unveiled another finely decorated time-only wristwatch, the Laurent Ferrier Square Micro-Rotor SHH Edition. With Breguet numerals on the front and a natural escapement on the back, the SHH Edition is classical but given a contemporary aesthetic with a gradient mint green. 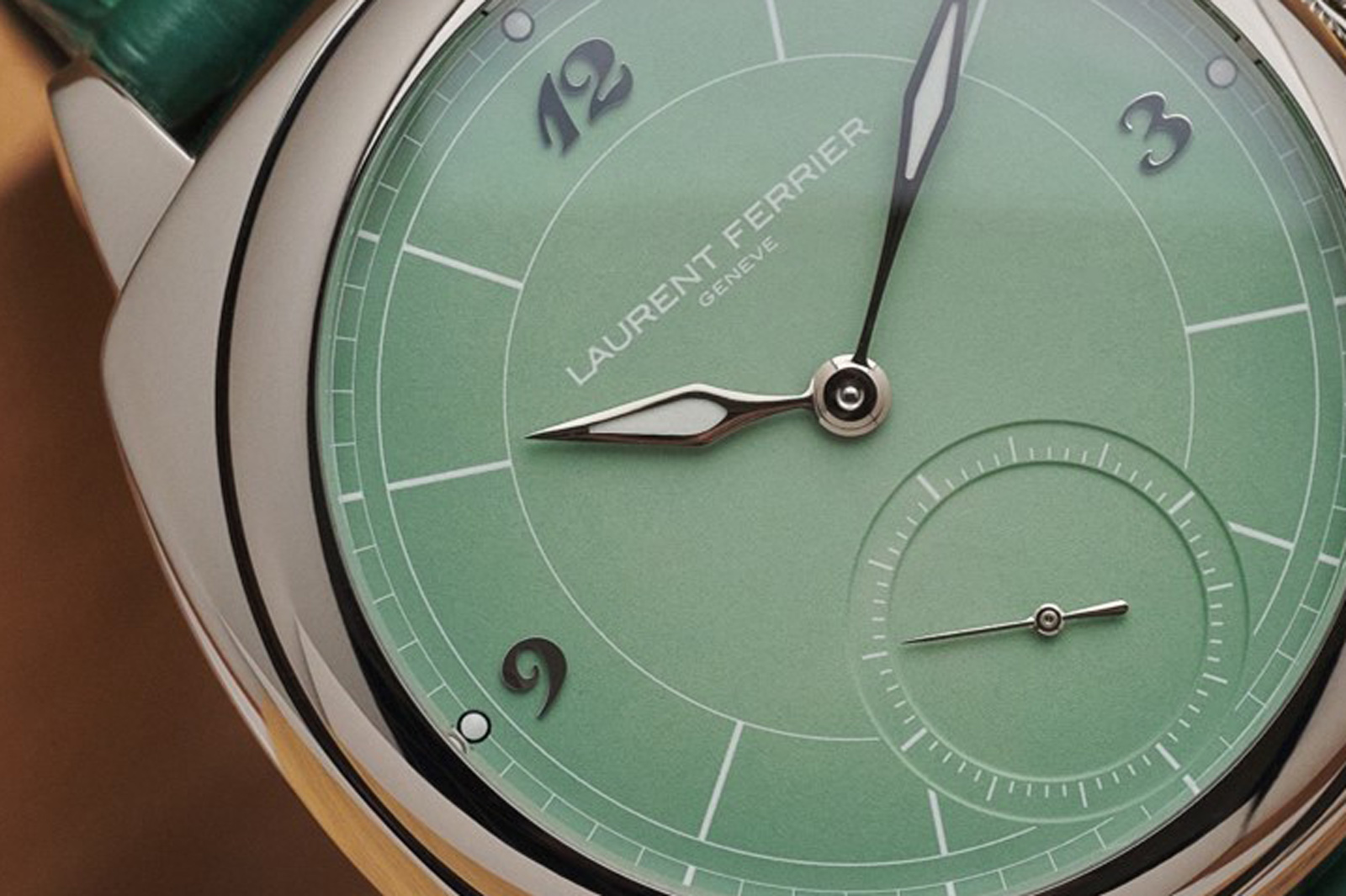 A store with 19 brands on its premises, SHH certainly has a diversity of watchmaking on offer. But amongst its most technically accomplished time-only watches are the creation of Laurent Ferrier.

Seemingly plain-vanilla on the front, the brand’s Micro-Rotor is tells a different story on the reverse. The movement revives Abraham-Louis Breguet’s escapement from two centuries ago, while the automatic winding mechanism is elaborately executed. It is a watch that is easily appreciated by collectors who appreciate history and chronometry. 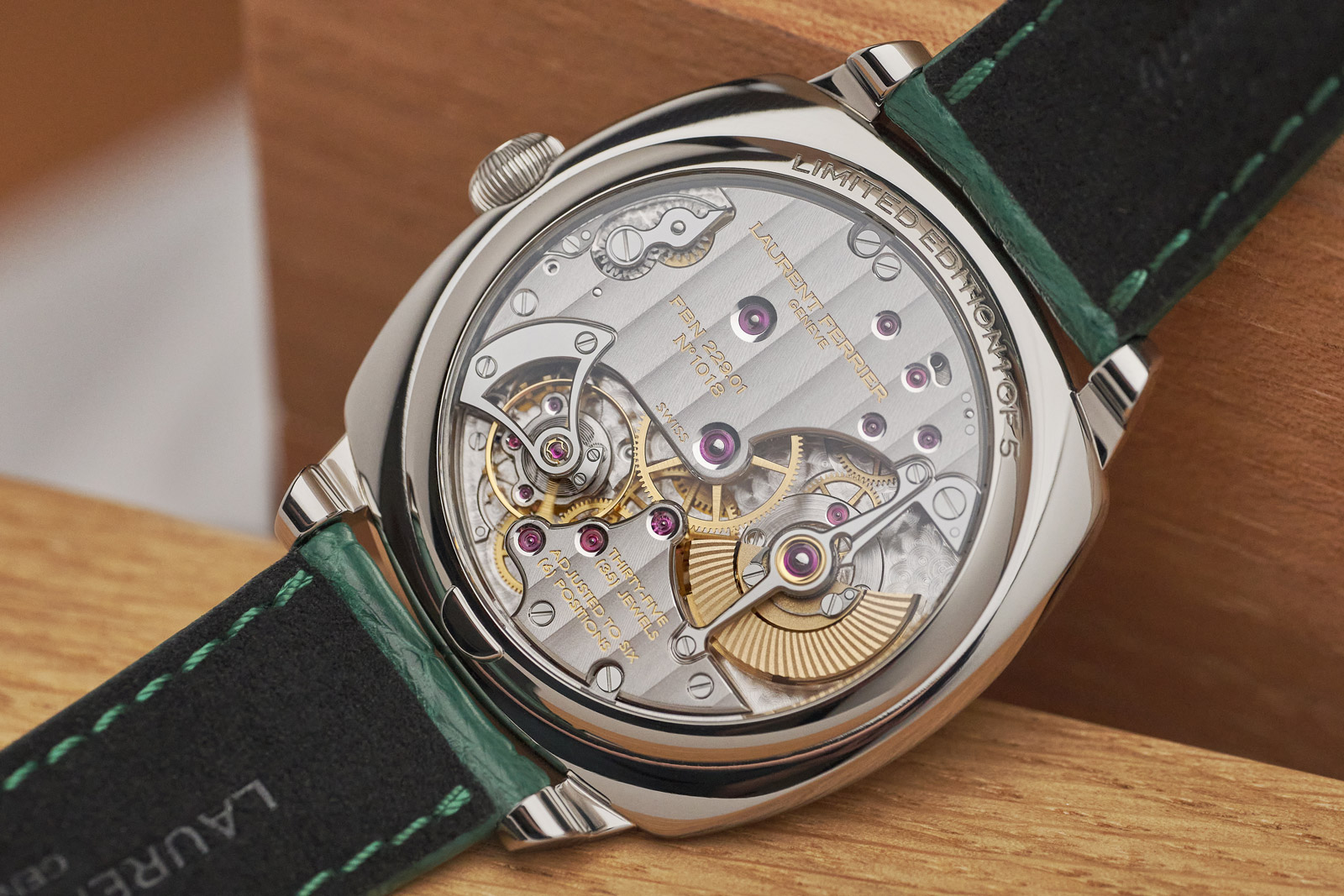 Like most collaborative editions, the SHH edition retains the flavour of the original, but with enough tweaks that it appeals to the target audience, namely watch enthusiasts who like classical design.

While many of the dial details are familiar, they are combined in a coherent and restrained manner. The effect is subtle but significant. When I first encountered the watch, I found it appealing as a whole, well before I noticed the details.

And yes, it is green, but not trying too hard. Green dials are now common, but this is one of the more attractive offerings on the market.

The SHH edition has a redesigned dial that’s a perfect match for the square case. Rather than the usual slim indices that are typical of Laurent Ferrier, the SHH edition features a “sector” style dial with Breguet numerals at the quarters. The hands have been enlarged and filled with luminescent paint, improving legibility while contributing to the overall appeal. 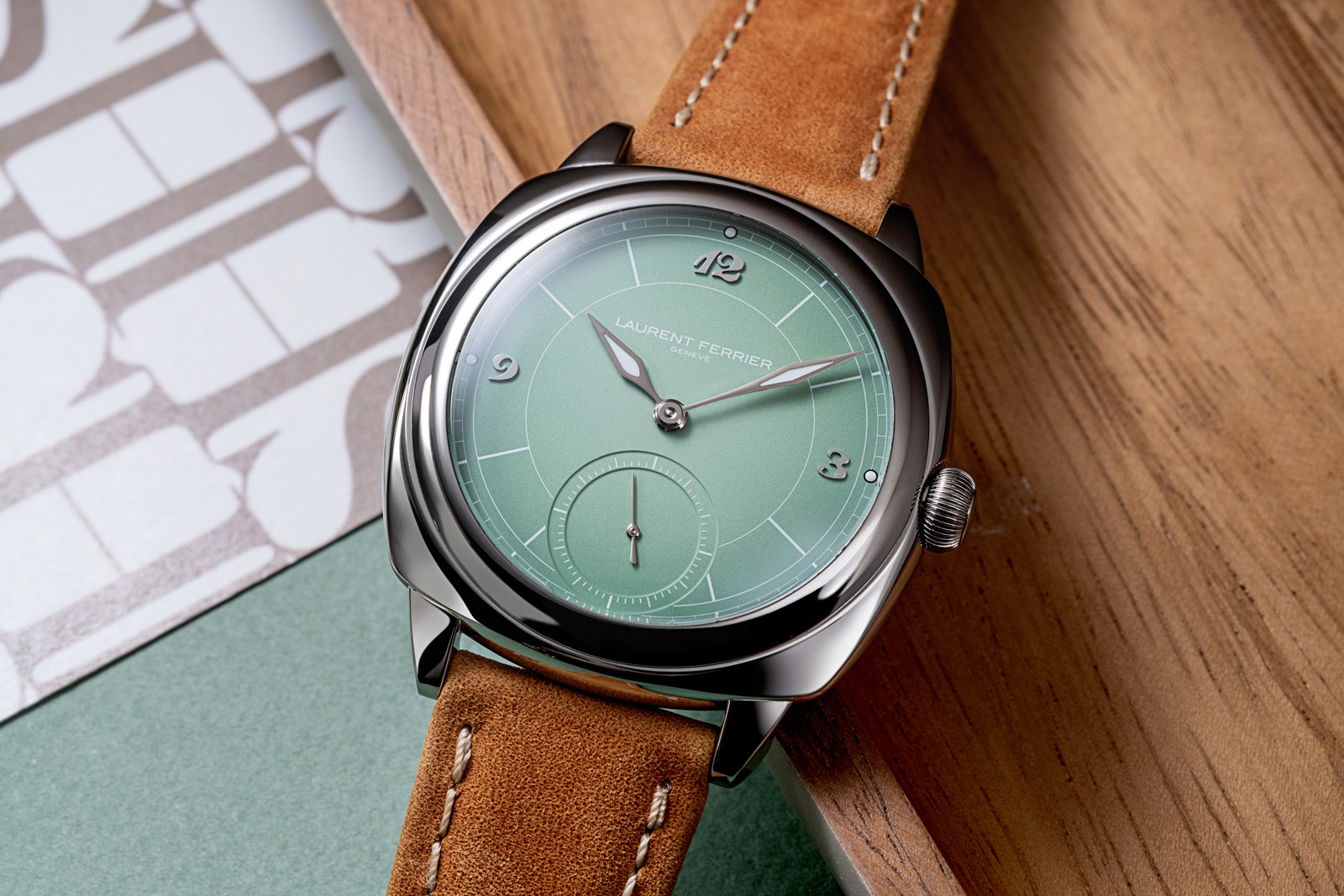 The green dial is paired with serious watchmaking. Developed by La Fabrique du Temps, the complication specialist now owned by Louis Vuitton, the FBN 229.01 has an escapement similar to Breguet’s original invention but made reliable thanks to modern technology, in the form of a silicon detent.

Equipped with twin escape wheels, the natural escapement combines the best of lever and detent escapements, namely the self-starting capability of the former and the low-friction operation of the later.

The FBN 229.01 is high quality in both construction and finishing, featuring bridges finished by hand that incorporate sharp angles along the bevelled edges. 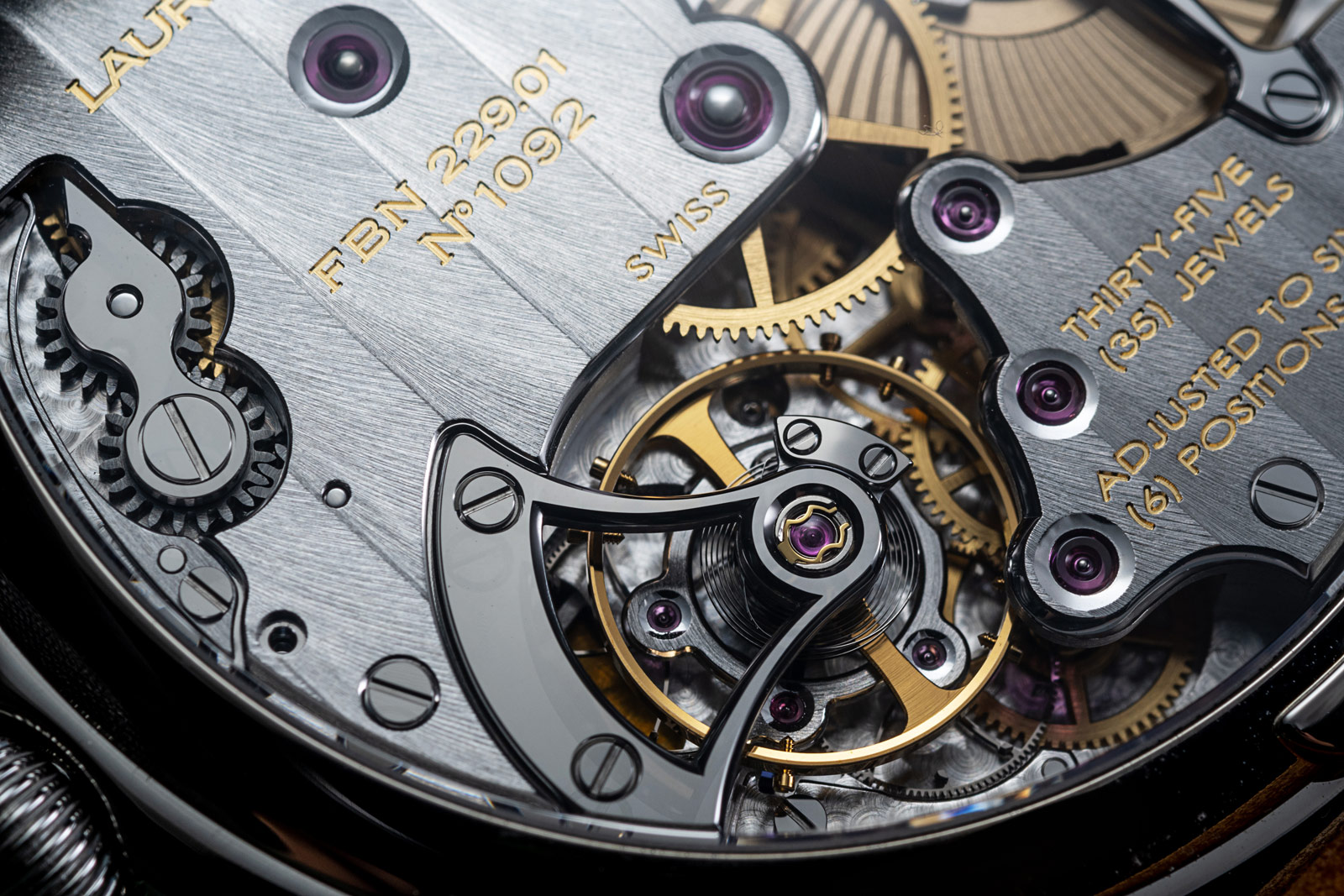