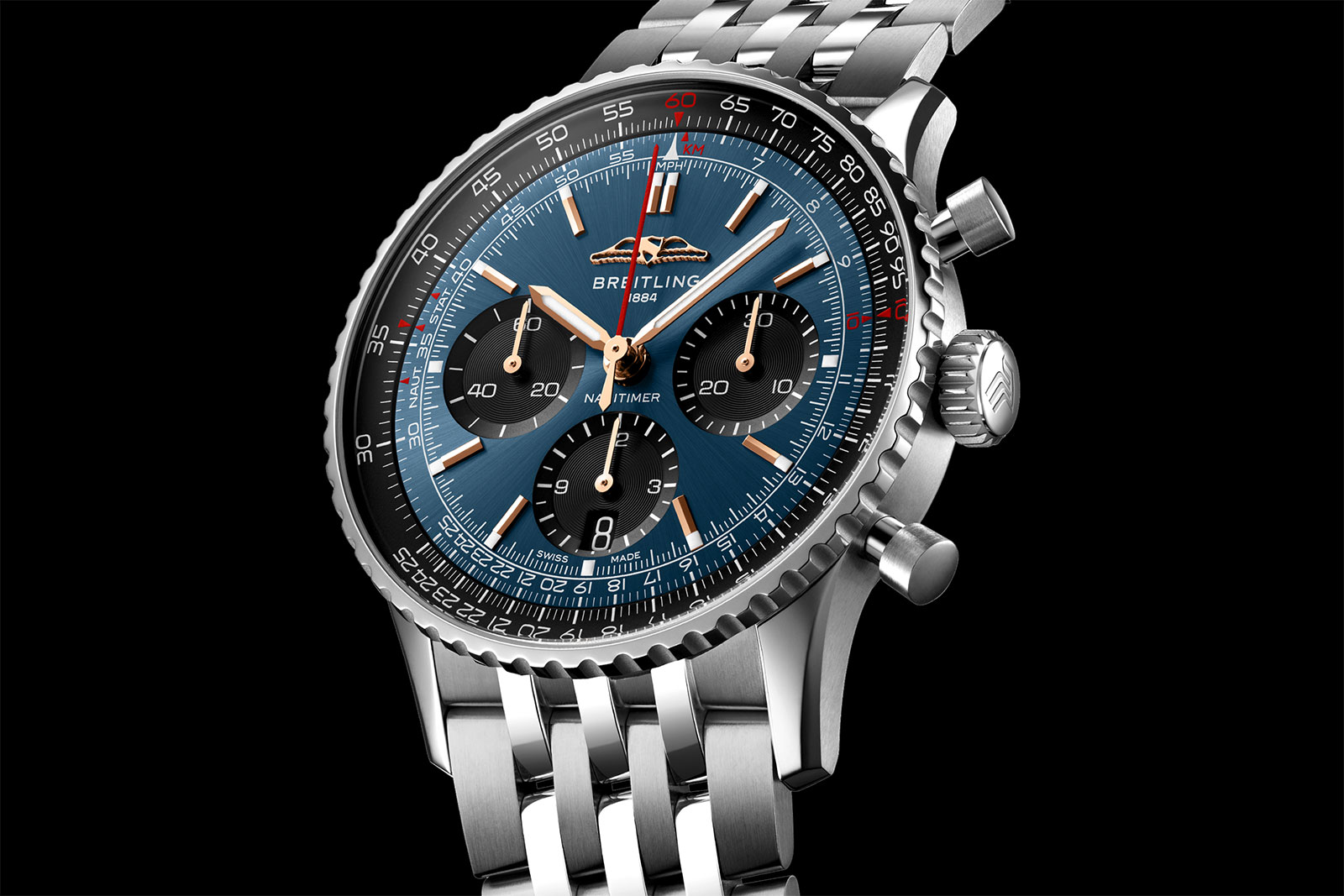 Best known for supplying customised watches to air force squadrons, Breitling has less frequently made watches for civilian aviators, but the brand’s latest is a pair of watches created in partnership with one of the world’s best carriers. Each limited to 100 pieces, the Navitimer B01 Chronograph 41 Singapore Airlines and Navitimer Automatic 38 Singapore Airlines are both dressed in the blue and gold livery of city state’s flag carrier.

For some two decades, Singapore Airlines (SIA) has consistently been ranked amongst the world’s best carriers by airline consultancy Skytrax, so the the tie-up is certainly a good one for Breitling.

Fortunately SIA’s corporate colours are a pleasing blue and gold that work well on the Navitimer. The gold accents on the dial give it a slightly more retro feel than the standard models in steel, which uniformly have rhodium-plated markers and hands. For anyone who already likes either Navitimer model but wants something a bit more striking, the SIA editions certainly have their appeal. 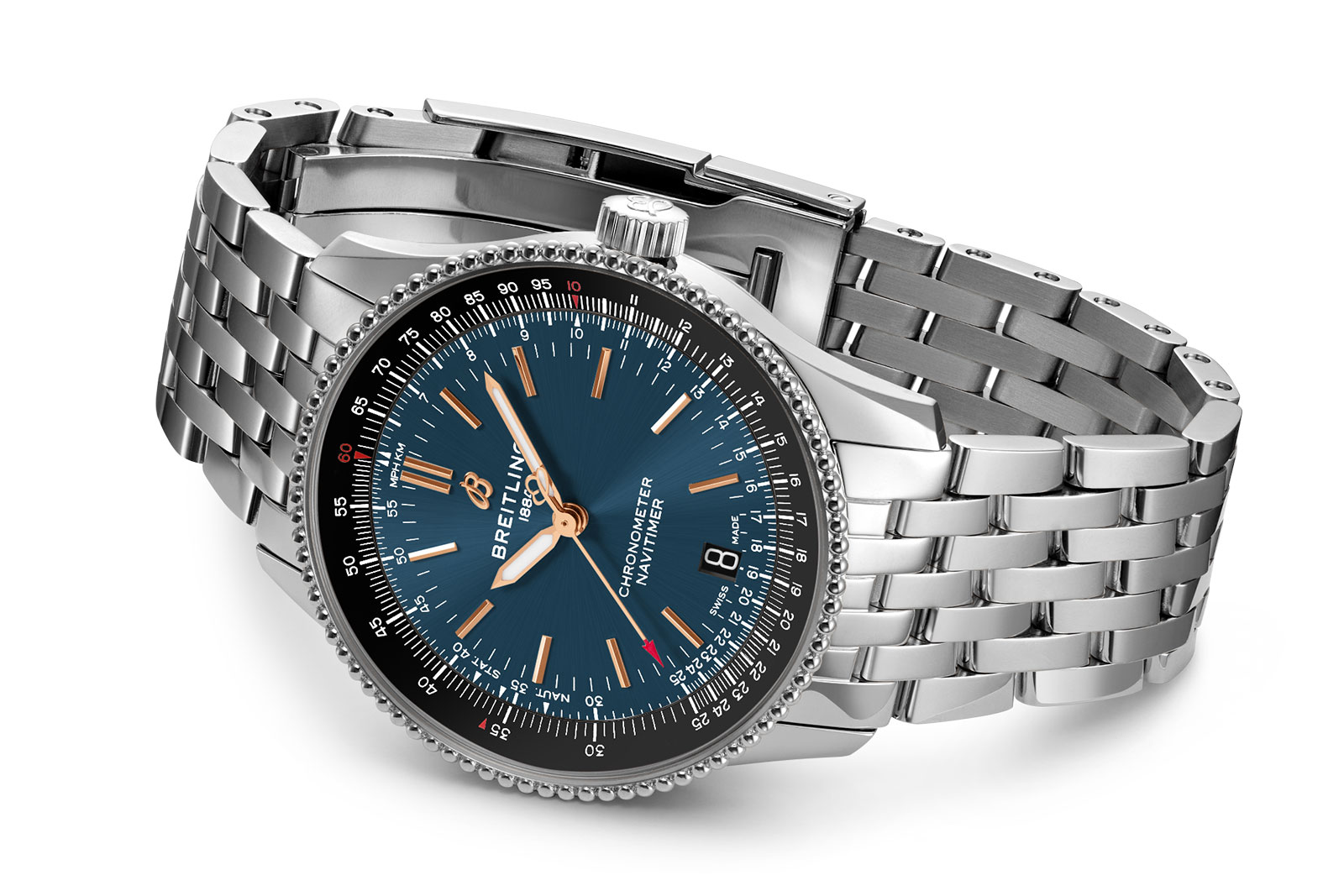 While the gold accents are appealing, they are the only element that distinguishes the dial of the SIA editions. The chronograph, for instance, is almost identical to the standard Navitimer 41 mm with a dark blue dial, with the only difference being the gold-plated hands and indices. This similarity to the respective standard models is probably the only shortcoming of either edition.

Each edition is priced almost 10% more expensive than its regular-production equivalent, which isn’t exorbitant but should have entailed greater differentiation on the dial.

On the subject of price, despite being more expensive, the chronograph is arguably better value because of the in-house calibre inside. In comparison, the Navitimer Automatic 38 costs less than half the chronograph, but it is powered by a no-frills ETA 2824. 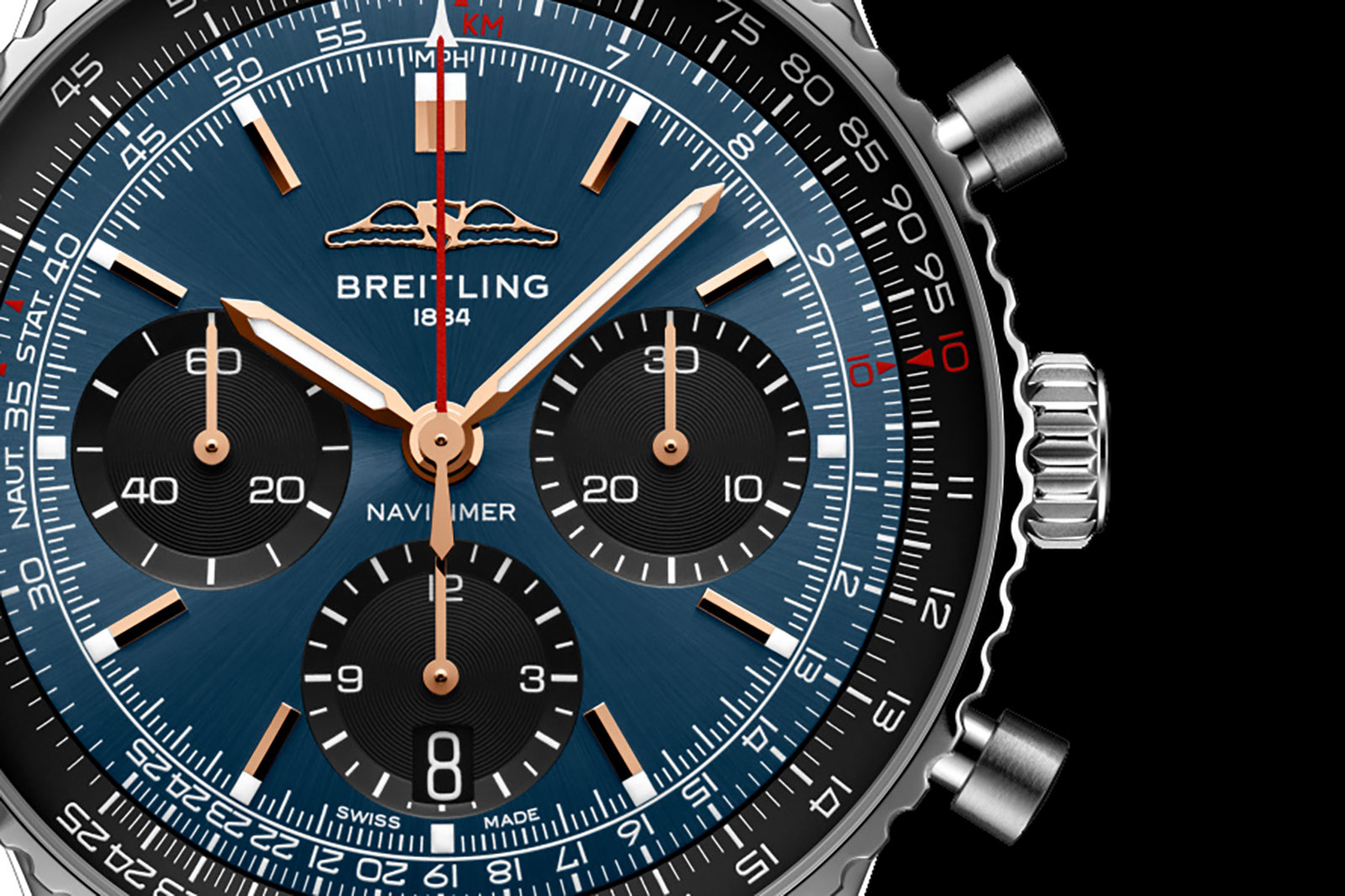 The chronograph is a variant of the 41 mm Navitimer, which is the smallest Navitimer B01, but also the one that is most historically accurate since it’s almost identical in diameter to the vintage original (but thicker due to the automatic movement).

The airline branding on the chronograph is subtle. Aside from the dial colours, the SIA edition also has the airline’s emblem on the crown. 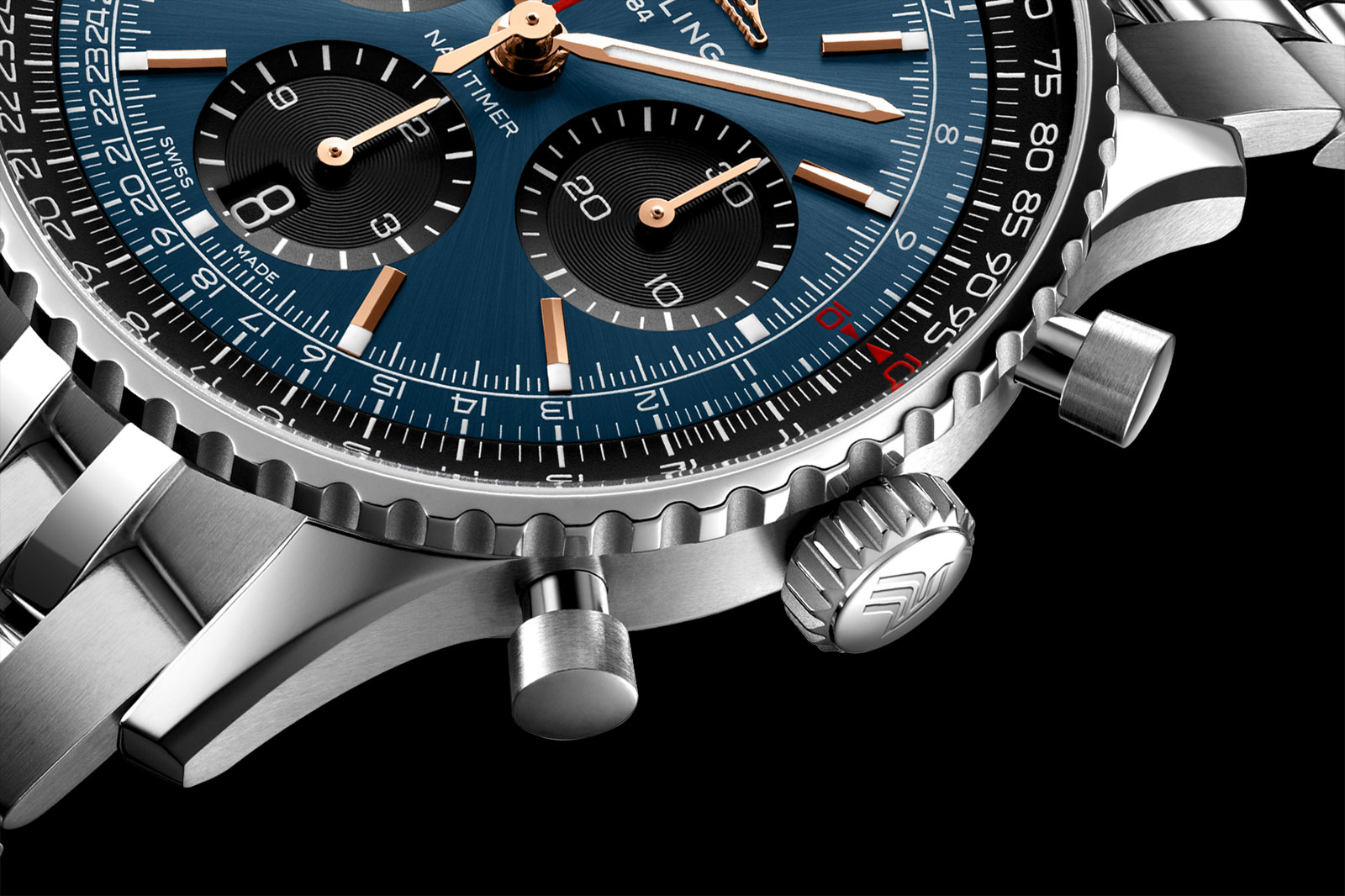 The back is engraved to indicate it’s a limited edition, but otherwise just like that of the standard model with an display back that reveals the Caliber 01, a smartly constructed in-house movement. 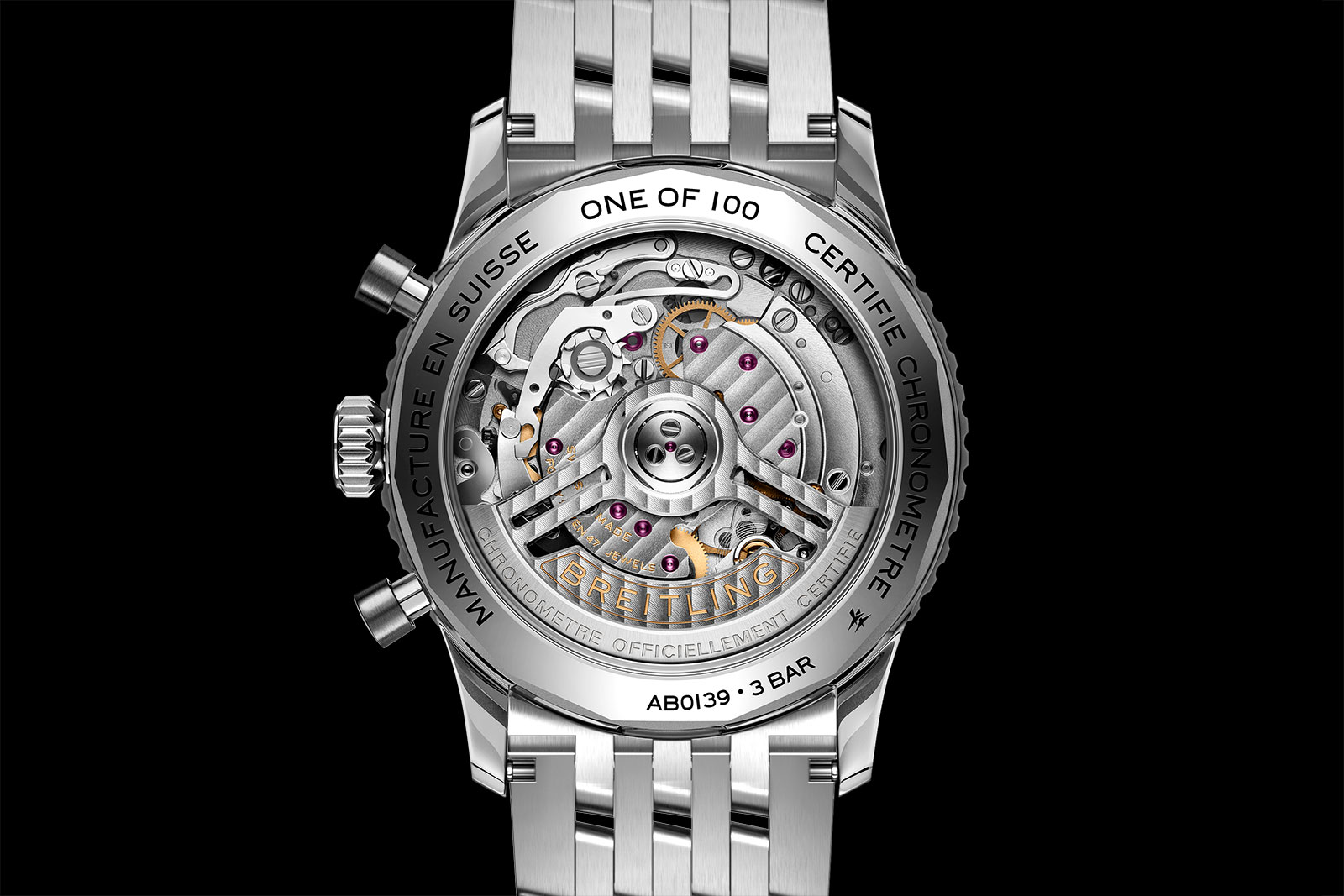 The Navitimer Automatic 38 is similarly subtle on the front and goes without the airline logo on the crown. Instead the solid case back is engraved with a pattern that replicates the batik motif of SIA crew uniform. 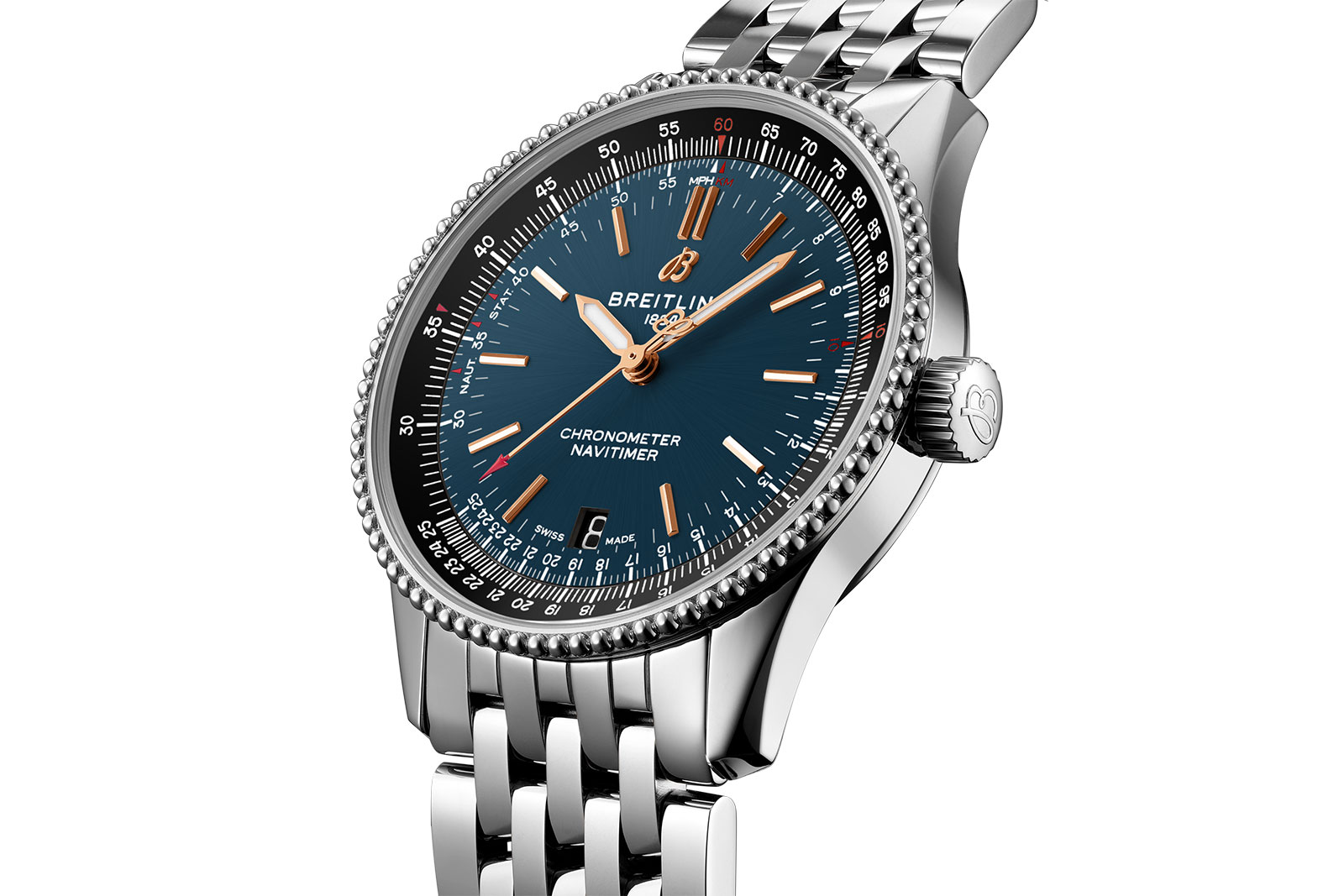 Inspired by batik, the dyed fabric with floral patterns that originated in Indonesia, the motif is found on the ties of male cabin crew and the whole outfit for stewardesses. Under the solid back is a COSC-certified Breitling 17, which is actually an ETA 2824.

Notably, Breitling’s pair of watches are only the second instance that SIA has created a mechanical wristwatch with a luxury watch brand. The last time SIA did something similar was in 2004 to mark the inaugural nonstop flight between Singapore and New York when it collaborated with Jaeger-LeCoultre on a Master Compressor Geographique. 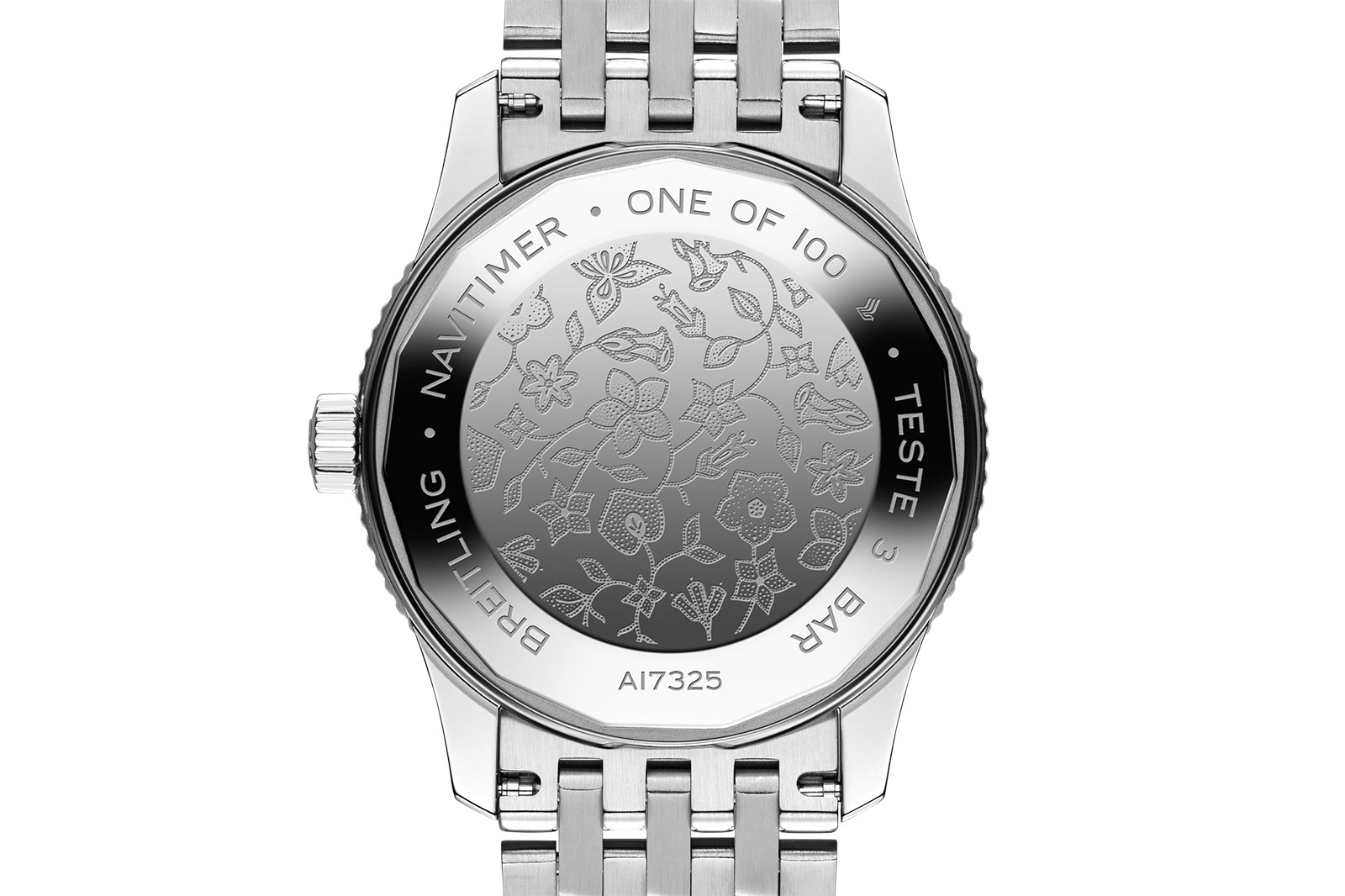 Retro tributes to Pan Am, Swissair and TWA.