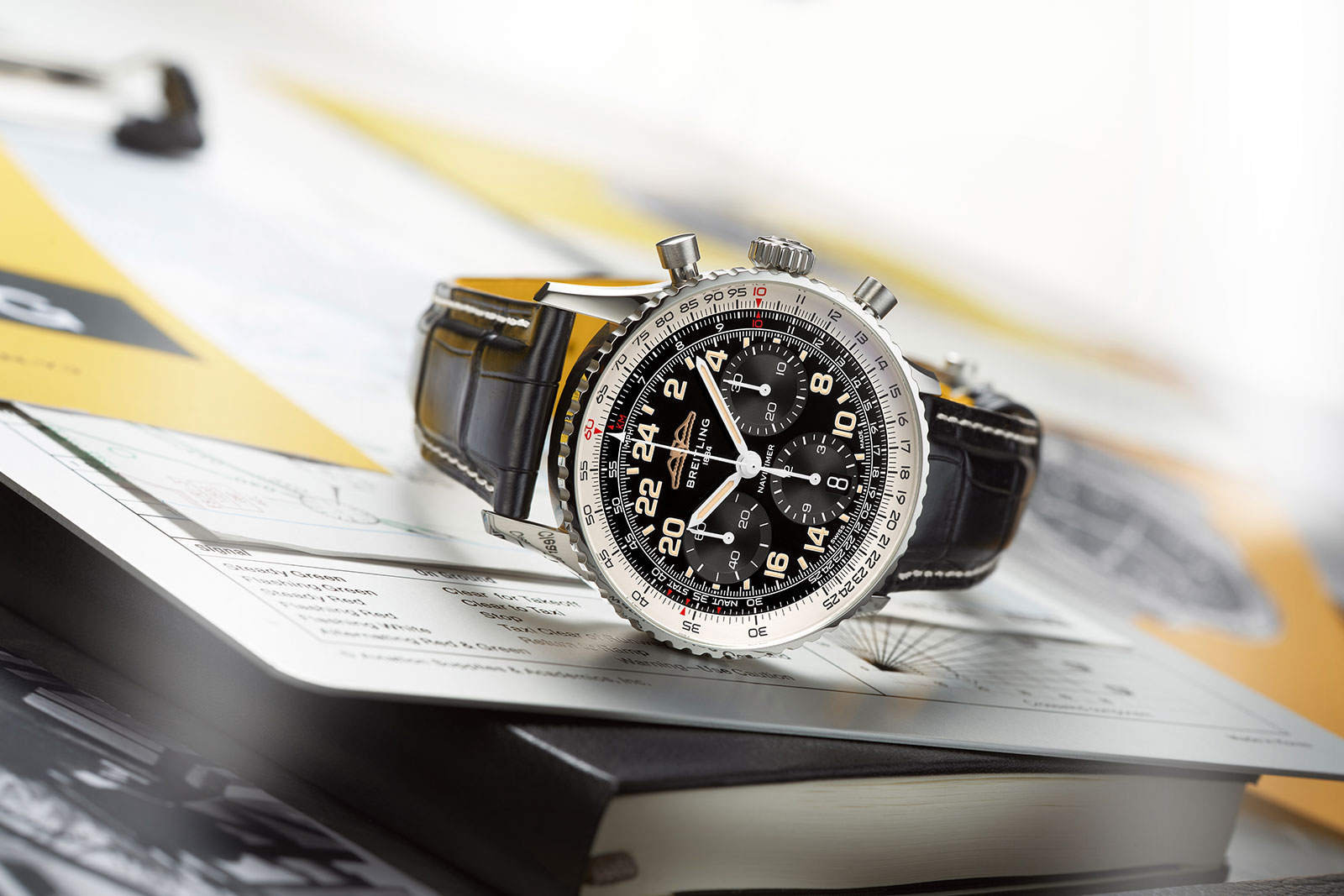 One of the watches synonymous with the pioneer era of spaceflight is the Breitling Cosmonaute, which was worn by Scott Carpenter on the 1962 Mercury-Atlas 7 mission, making him the second American to orbit the Earth and the Cosmonaute the first Swiss-made wristwatch to make it into space.

The Cosmonaute has been part of the Breitling catalogue in various forms in the decades since, but now for the 60th anniversary of Carpenter’s journey to space on board the Aurora 7 spacecraft, Breitling has unveiled a remake, the Navitimer B02 Chronograph 41 Cosmonaute Limited Edition. The 362-piece edition is faithful to the original in terms of design, but upgraded with the in-house Caliber B02 and a bit of luxe in the form of a platinum bezel. 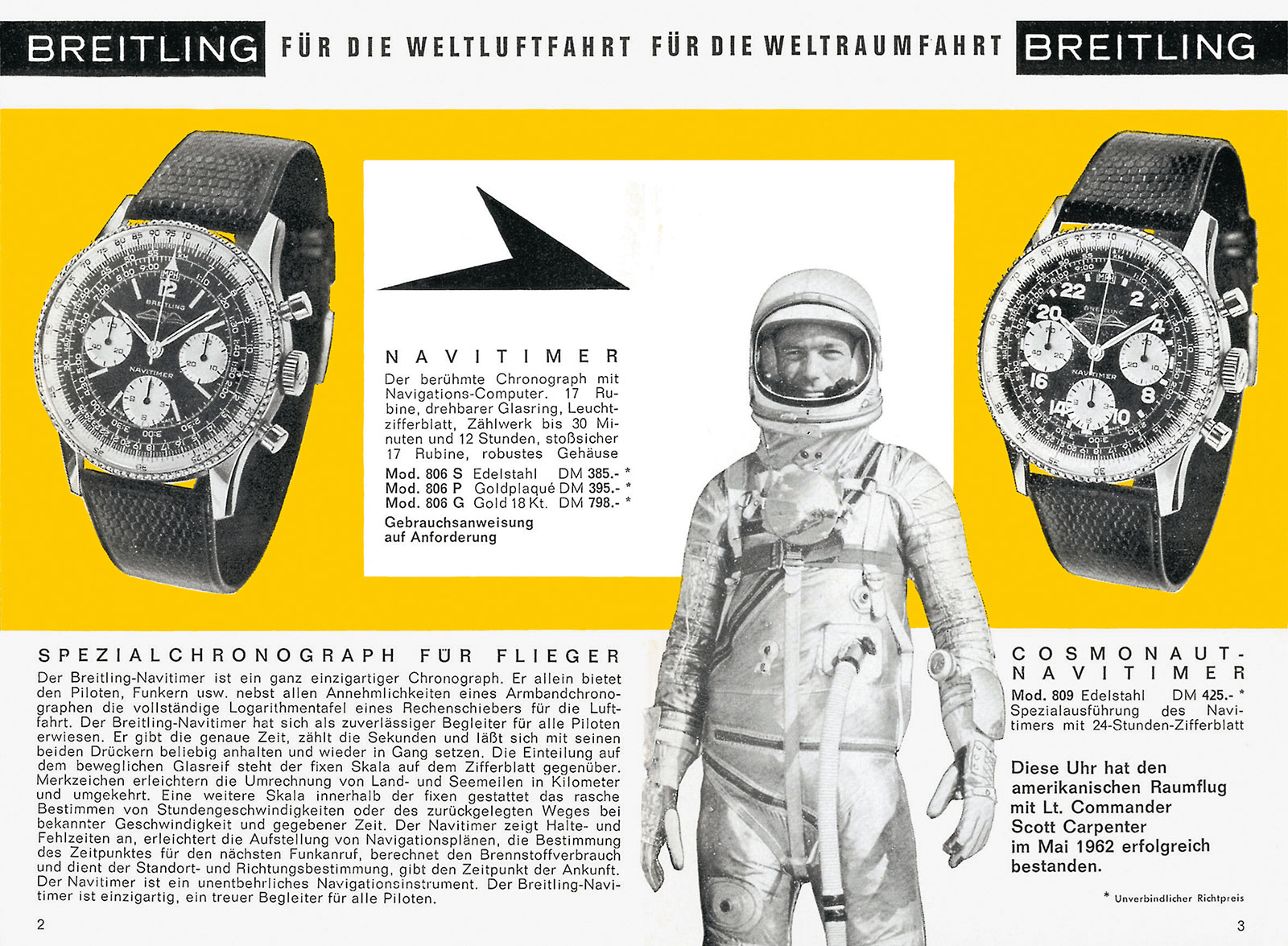 A page from the 1964 Breitling catalogue showing the Navitimer-Cosmonaute ref. 809, the same model worn by Carpenter in space

I’ve always liked the distinctive aesthetic of the Navitimer – it is actually an aviation instrument – and the Cosmonaute is essentially a more complex version of the same thing, making it even more of an instrument. Granted all of that functionality has very limited use in the modern world, but it is still an appealing watch that possesses significant history.

That in turn makes the Cosmonaute remake an appealing watch, especially since Breitling did a good job reproducing the original. The diameter remains the same but the modern-day version is necessarily thicker due to the in-house B02 movement, which is definitely the most important upgrade of the entire watch. Derived from Breitling’s flagship B01, it’s a smartly constructed movement that’s amongst the best industrially-produced chronographs calibres at its price point. 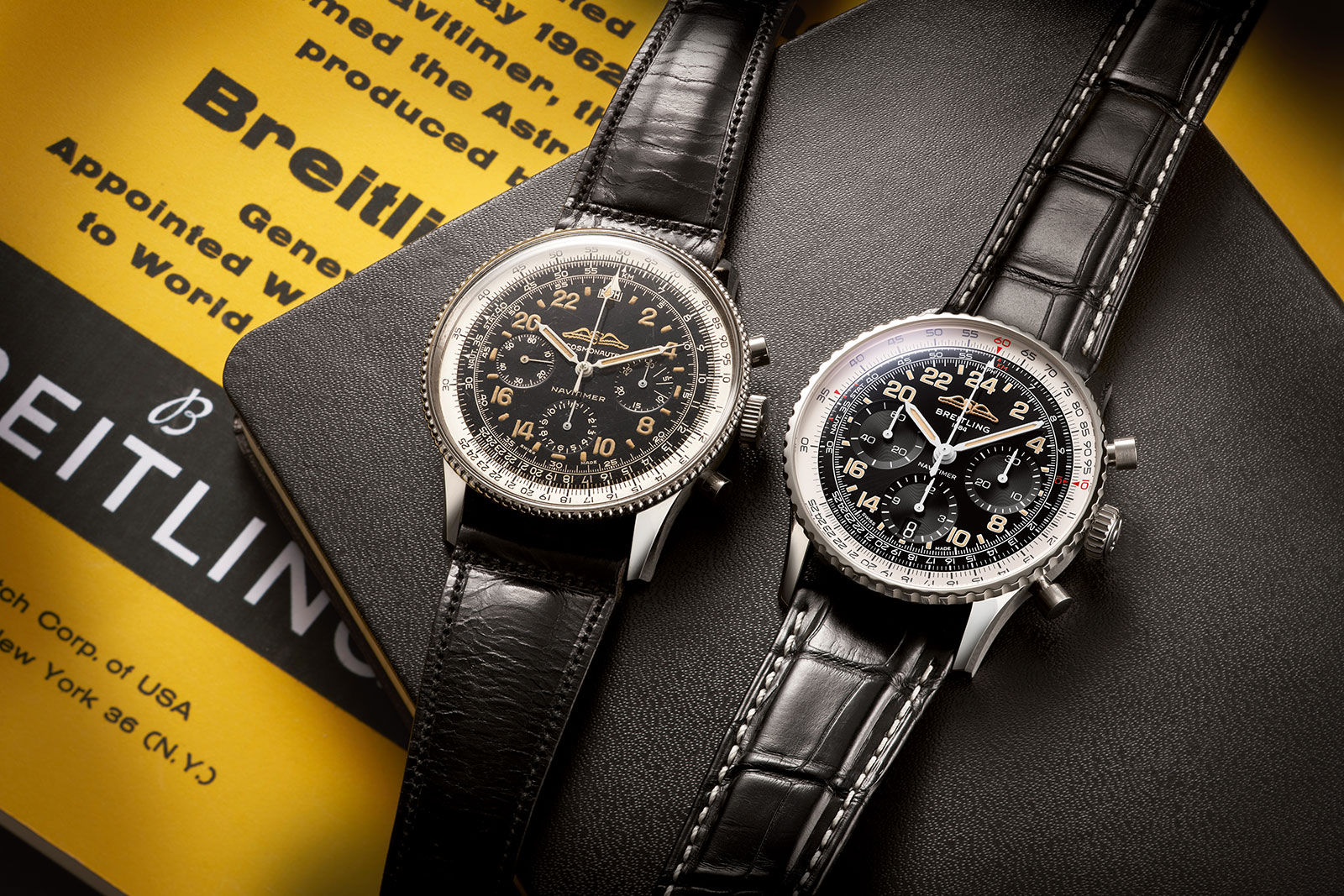 A vintage Cosmonaute ref. 809 (left) next to the remake

But the remake does try a bit too hard to look like a vintage original, as Breitling remakes often do (which was the case for the AVI and Navitimer remakes).

It could have gone without the faux-vintage Super-Luminova that is now too common, having been overexploited by the watch industry. That’s a minor quibble that doesn’t take away from the appeal of the overall package.

And then there’s the date, which usually doesn’t work well on a remake but in this case is pretty well done. The date window sits within the hour register, leaving it discreet enough that it doesn’t get in the way of the design. 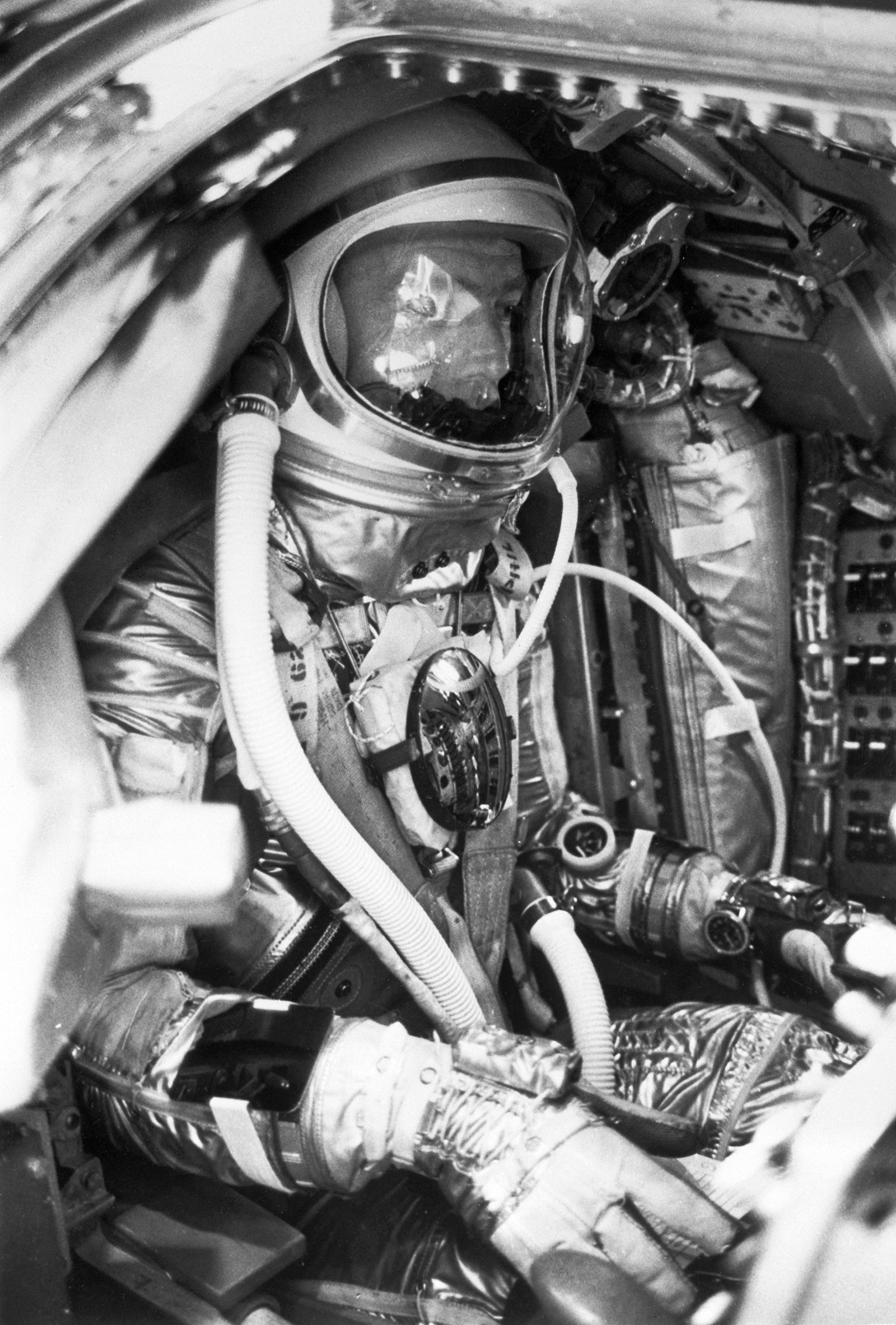 According to Breitling, the Cosmonaute was created at Carpenter’s request in the early 1960s. As the story goes, the astronaut had been a naval aviator in the US military, during which he has encountered the Navitimer ref. 806, one of the leading aviator’s watches of the period.

Carpenter was then selected to be one of the “Mercury Seven”, the seven naval aviators selected for Project Mercury, the first American spaceflight programme, where he approached Breitling for a watch to wear into space. His requirements were simple: a Navitimer that could indicate whether it was day or night back on Earth, leading to the 24-hour display that is now the defining feature of the Cosmonaute. 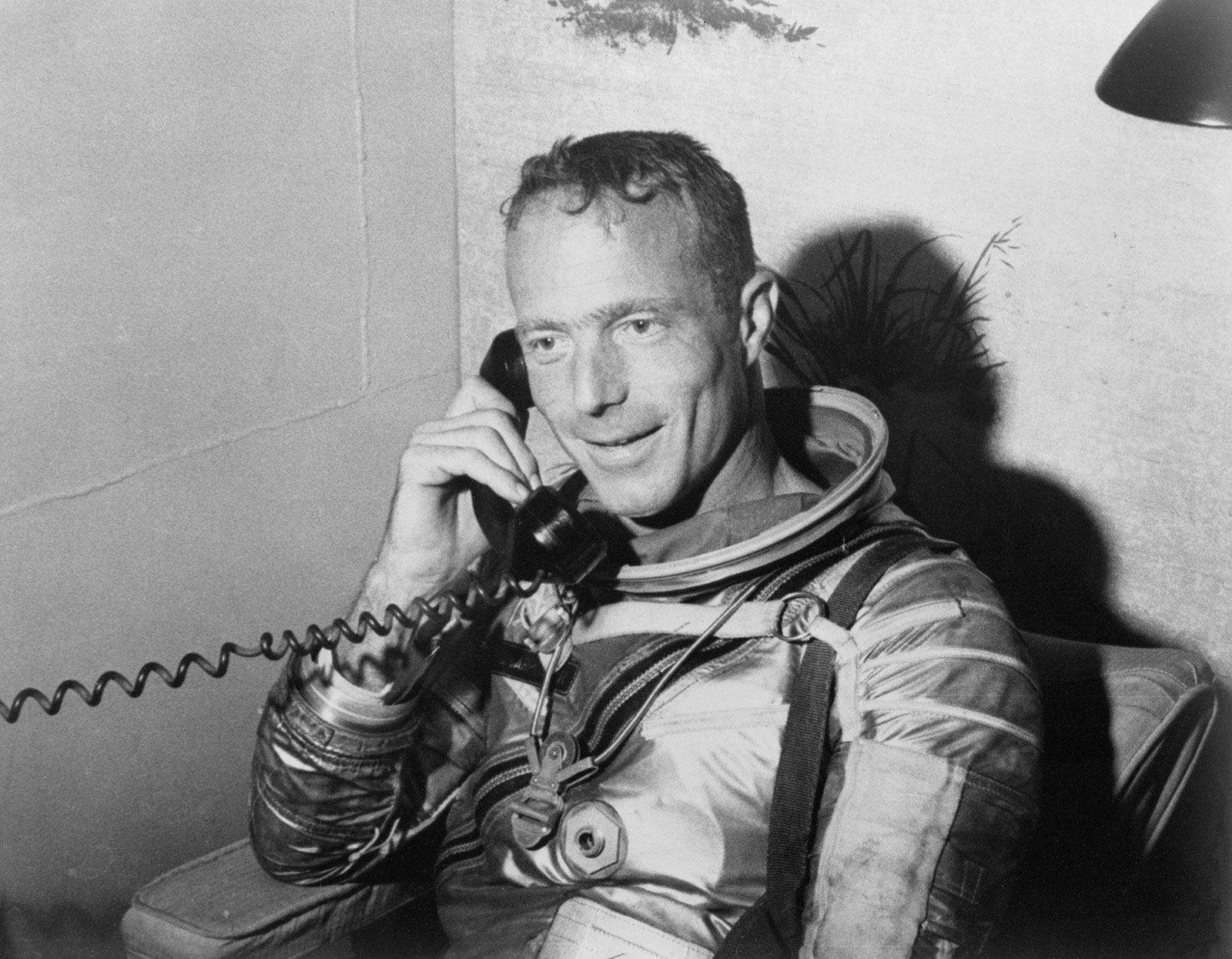 Carpenter on the phone with President John F. Kennedy after returning to Earth 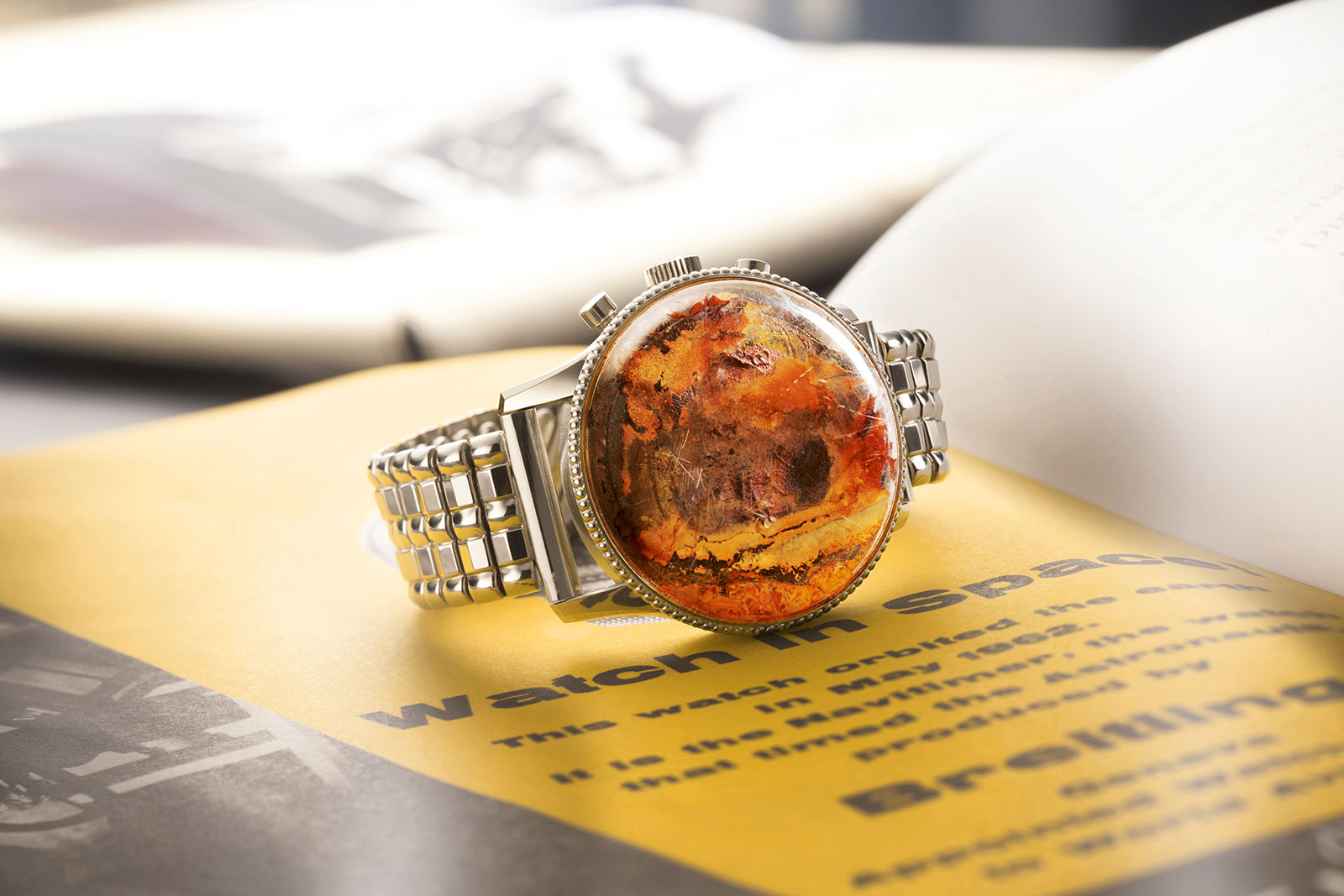 The actual watch worn by Carpenter into space, which has been acquired by Breitling

The remake retains all the key ingredients of the vintage original, including the black sub-dials and condensed slide-rule bezel that does without the hours-and-minutes scale that’s found on the standard Navitimer. This was another the changes requested by Carpenter since the hours-and-minutes scale calculates distance travelled over time, which wasn’t needed in space.

Another detail is more subtle: the bezel is slightly wider than that on the Navitimer in order to make it easier to rotate while wearing a spacesuit.

But it is not a one-for-one remake. Amongst the differences are the recessed, textured registers (the original had a flat dial) as well as the addition of the Breitling logo on the dial. 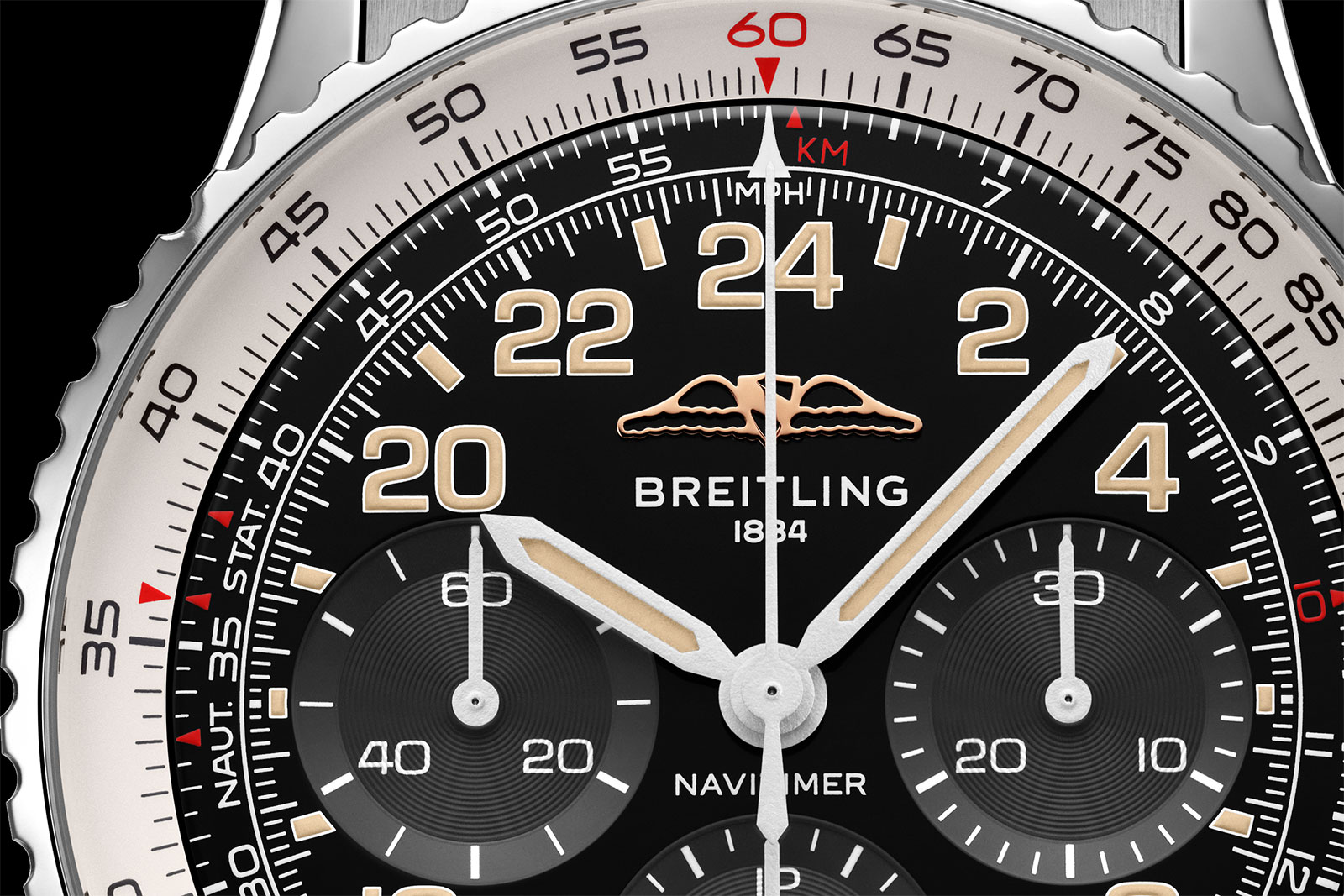 The tweak that really matters, however, is the movement. It’s the B02, which is a hand-wind version of the B01 automatic that’s been modified to have a 24-hour display.

Equipped with both a column wheel and vertical clutch, the movement is visible through the open back, which reveals it has slightly fancier finishing than the typical Breitling calibre. 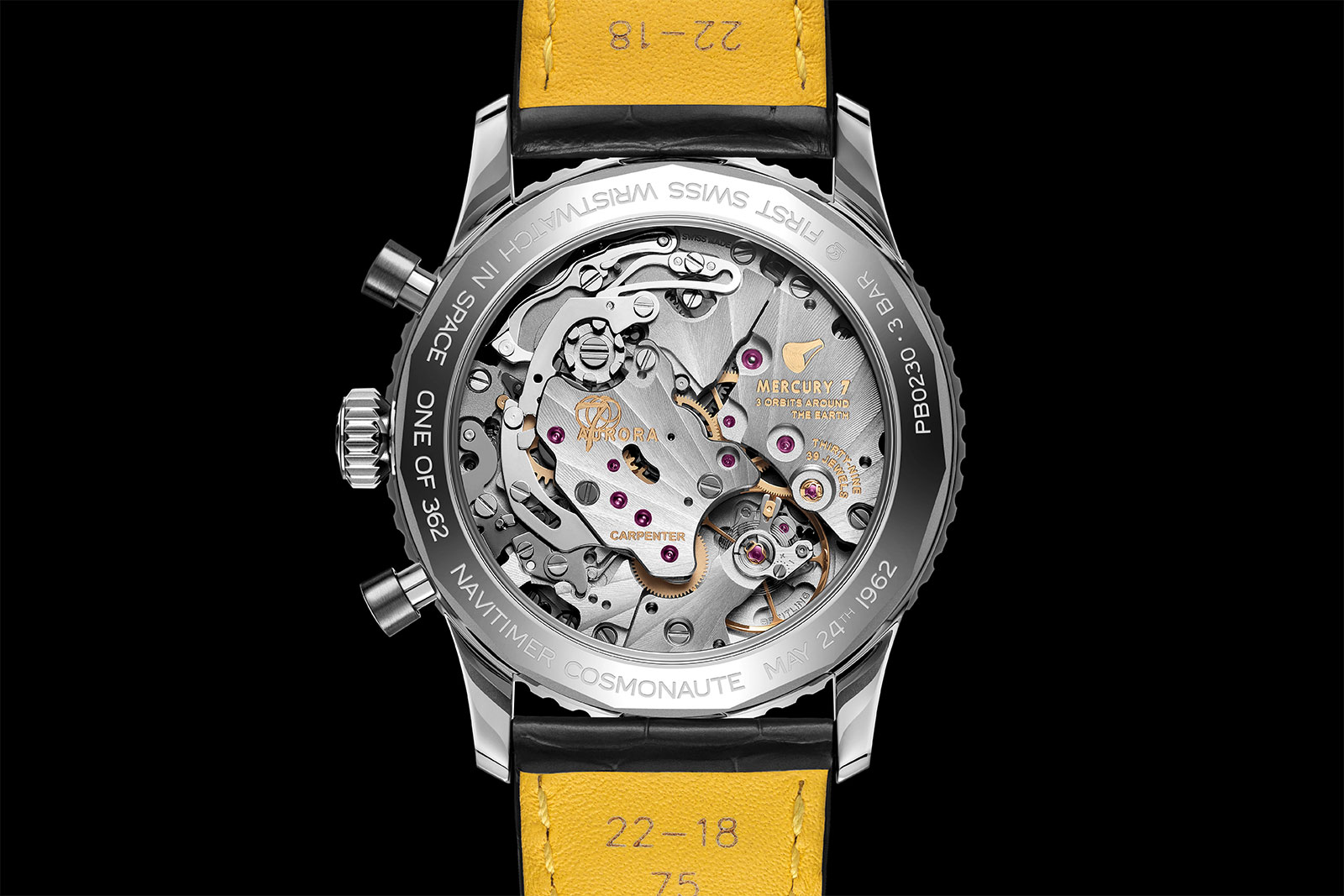 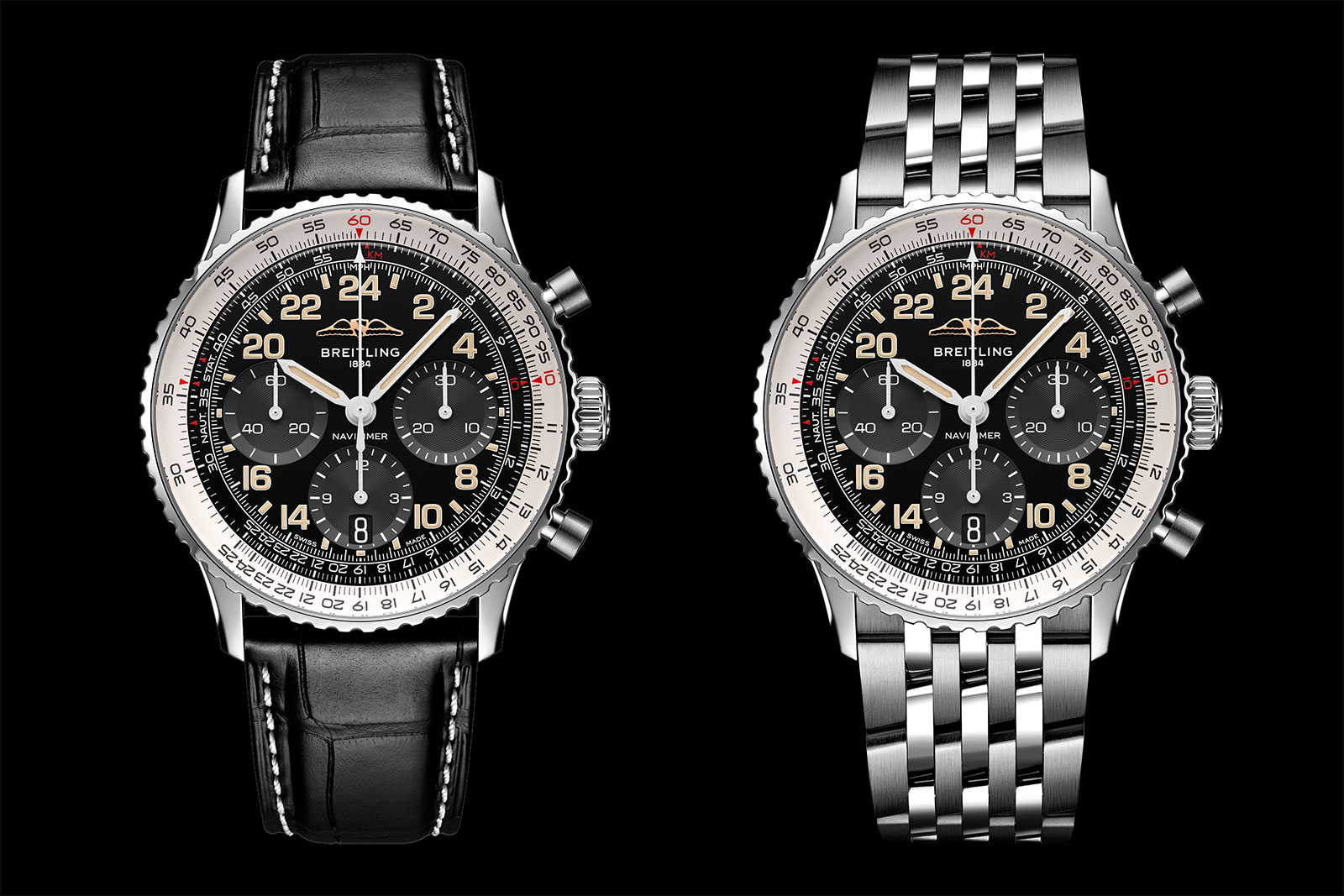