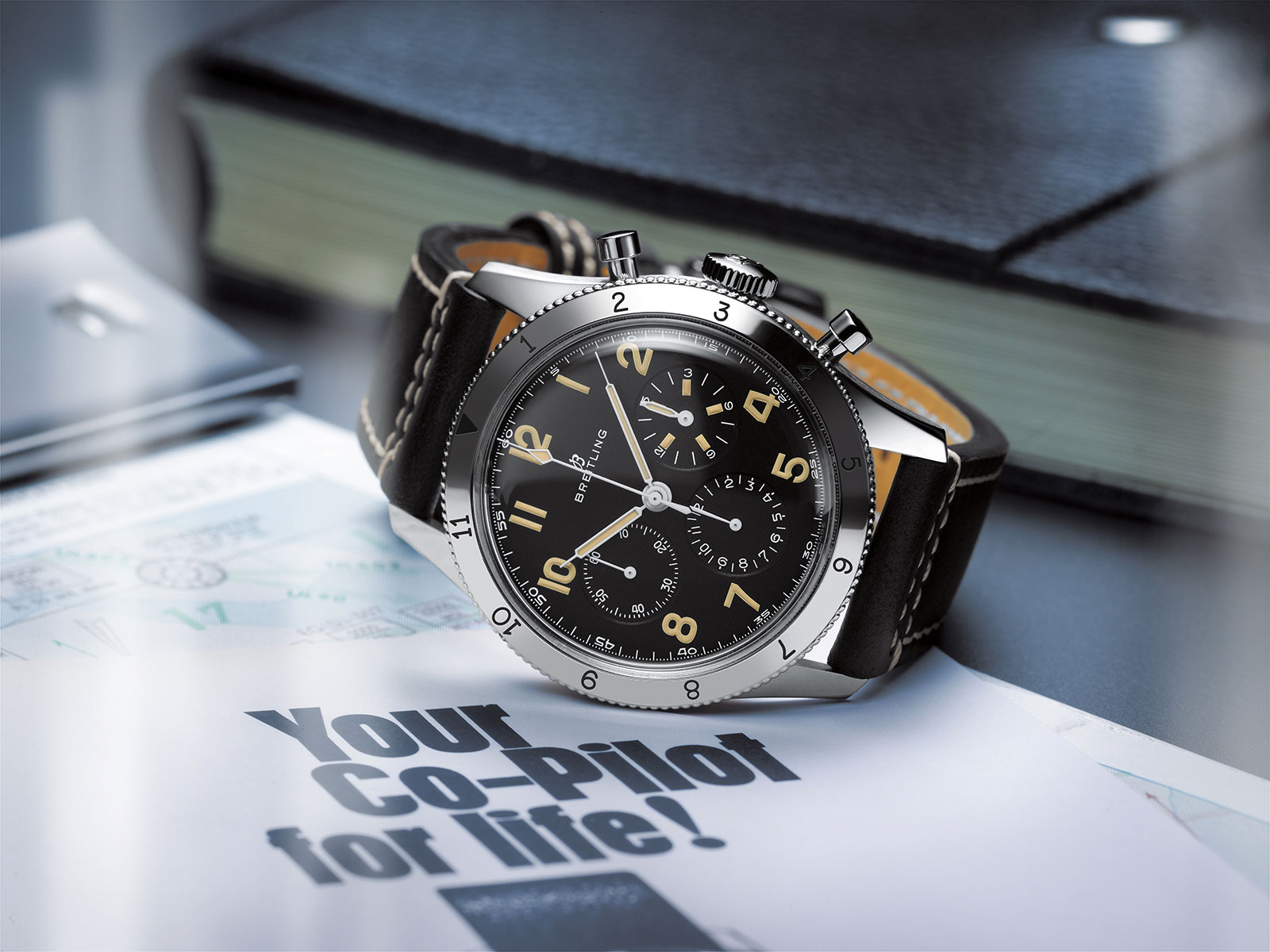 Almost exactly a year after Breitling announced the Navitimer Ref. 806 remake – a spot-on remake of the first Navitimer and a smash hit – the watchmaker has applied the same formula for the AVI Ref. 765 1953 Re-Edition, a limited edition of 1,953 watches in steel.

Introduced in 1953 and produced in several variants until 1965 when it was rebranded the Co-Pilot, the AVI ref. 765 was typical of mid 20th century pilot’s chronographs, with large Arabic numerals, syringe hands, and a steel rotating bezel. In fact, it is reminiscent of the Type 20 chronographs supplied by Breguet, Auricoste and other firms to the French navy and air force during the same period. 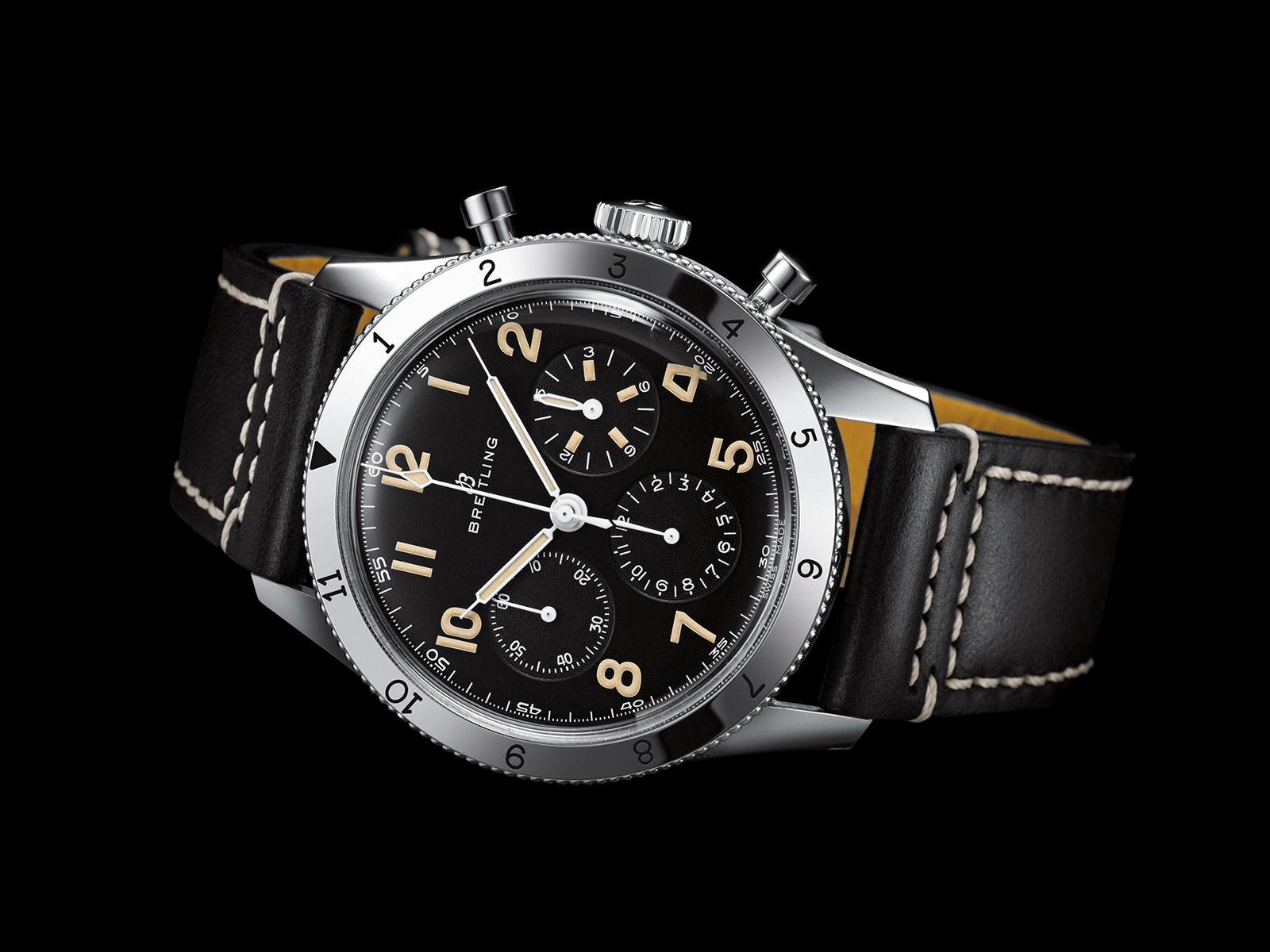 And the AVI ref. 765 was oversized for the era, with a case measuring 41.1 mm. According to Breitling, the AVI Re-Edition replicates the original to the smallest detail, down to the tenth of a millimetre of case diameter. The steel bezel is even secured by three screws in exactly the same spots as on the original.

Only two external elements on the remake have been changed: one is the removal of “Geneve” from the dial, a necessity given Breitling’s location; and the other is the increased water resistance of 30 m.

That being said, modern production techniques and materials mean that rather than being perfectly identical, the replica is probably better in fit and finish than the original. The lacquer-filled engraving on the bezel, for instance, is more precisely done on the modern version. 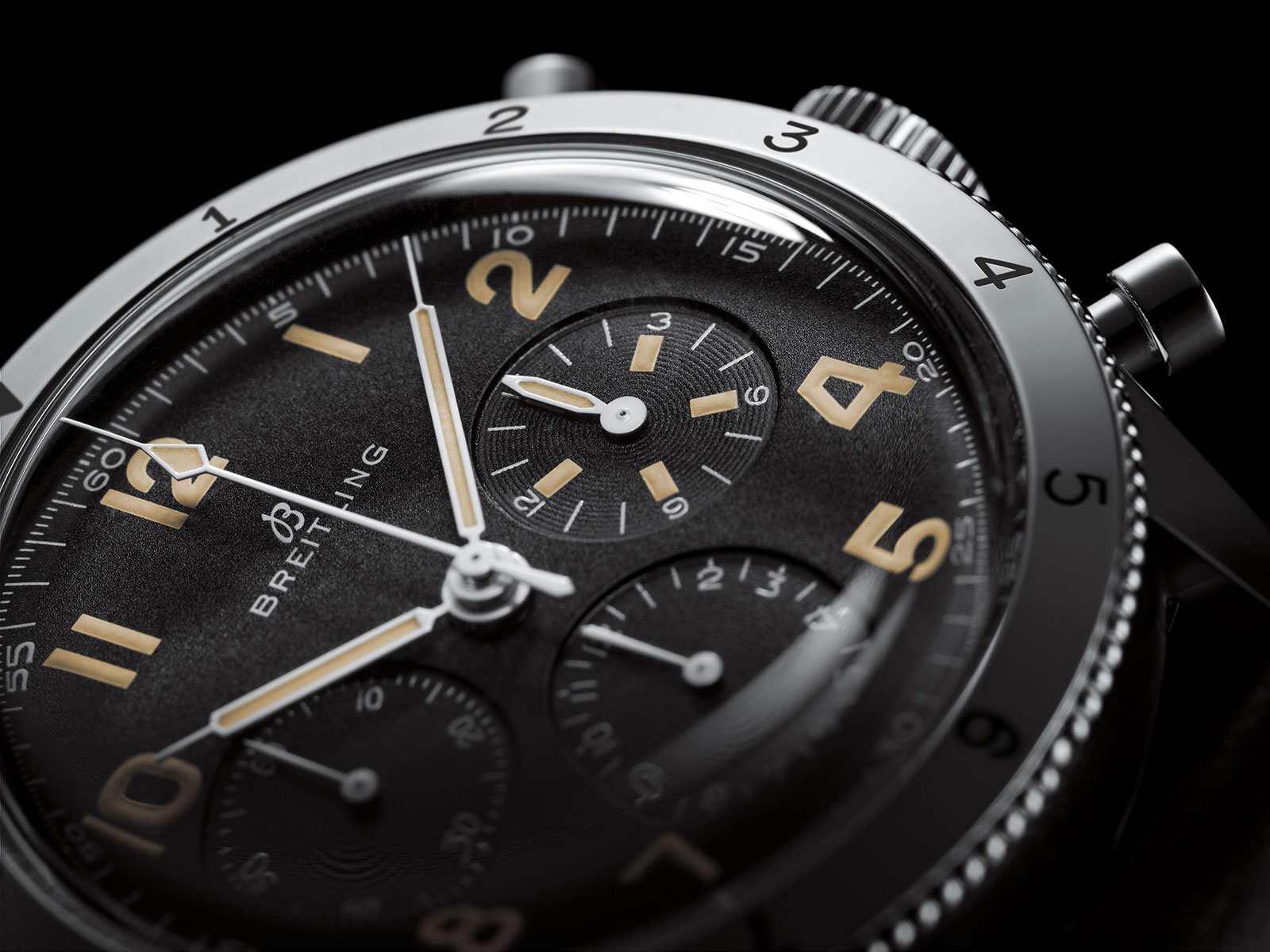 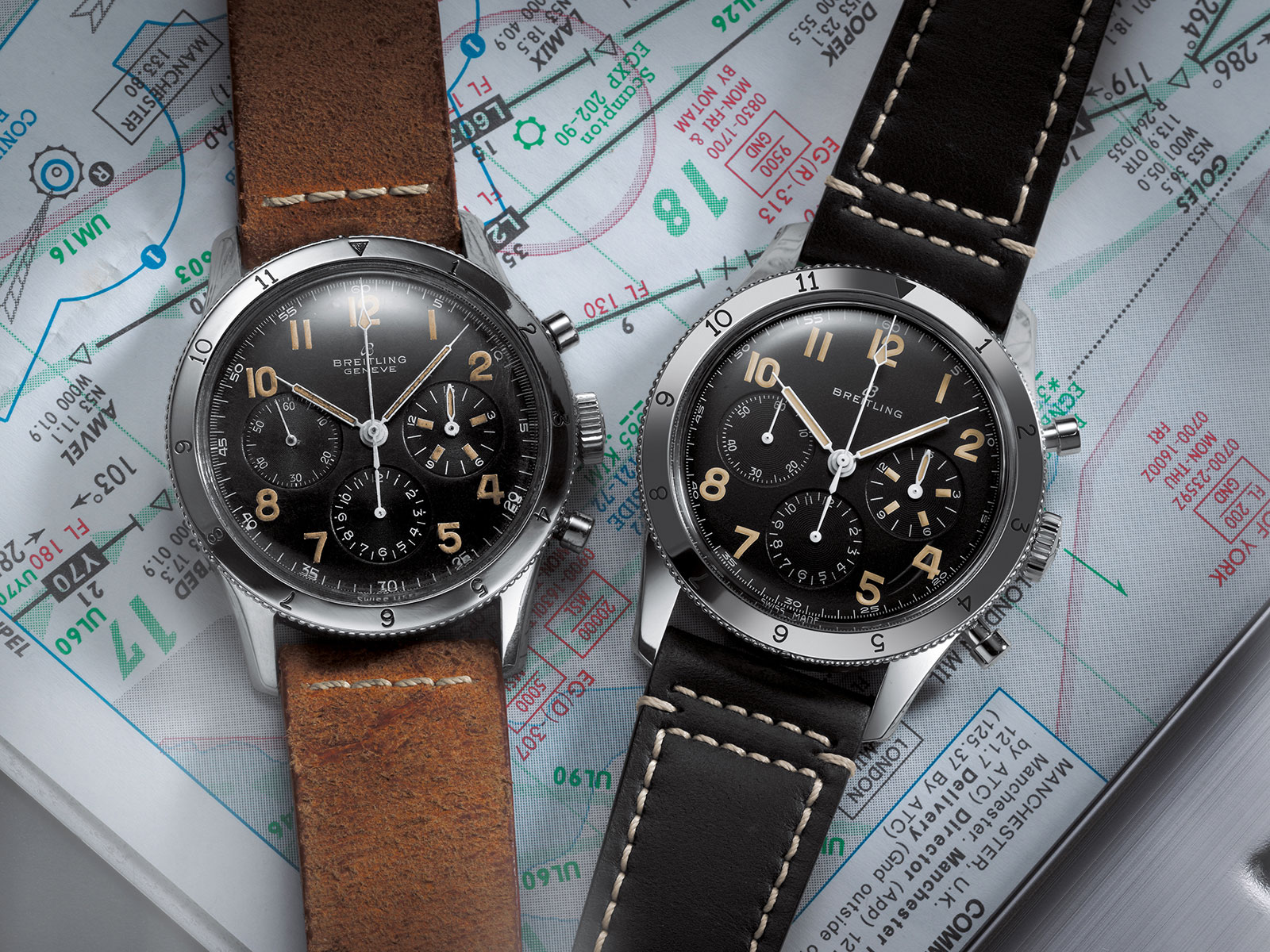 The vintage AVI (left), and the Re-Edition

And the movement hidden under the solid, snap-on back is the Caliber B09, the hand-wound version of Breitling’s in-house chronograph movement. A solidly constructed movement, the B09 is equipped with a vertical clutch and column wheel, as well as a 70-hour power reserve.

And the luxe editions

In addition to the run of steel watches, the AVI Re-Edition will also be offered in either 18k red gold with a black dial, and in platinum with a dark blue dial, each limited to 253 and 153 watches respectively. The specs for both are the same as for the steel version. 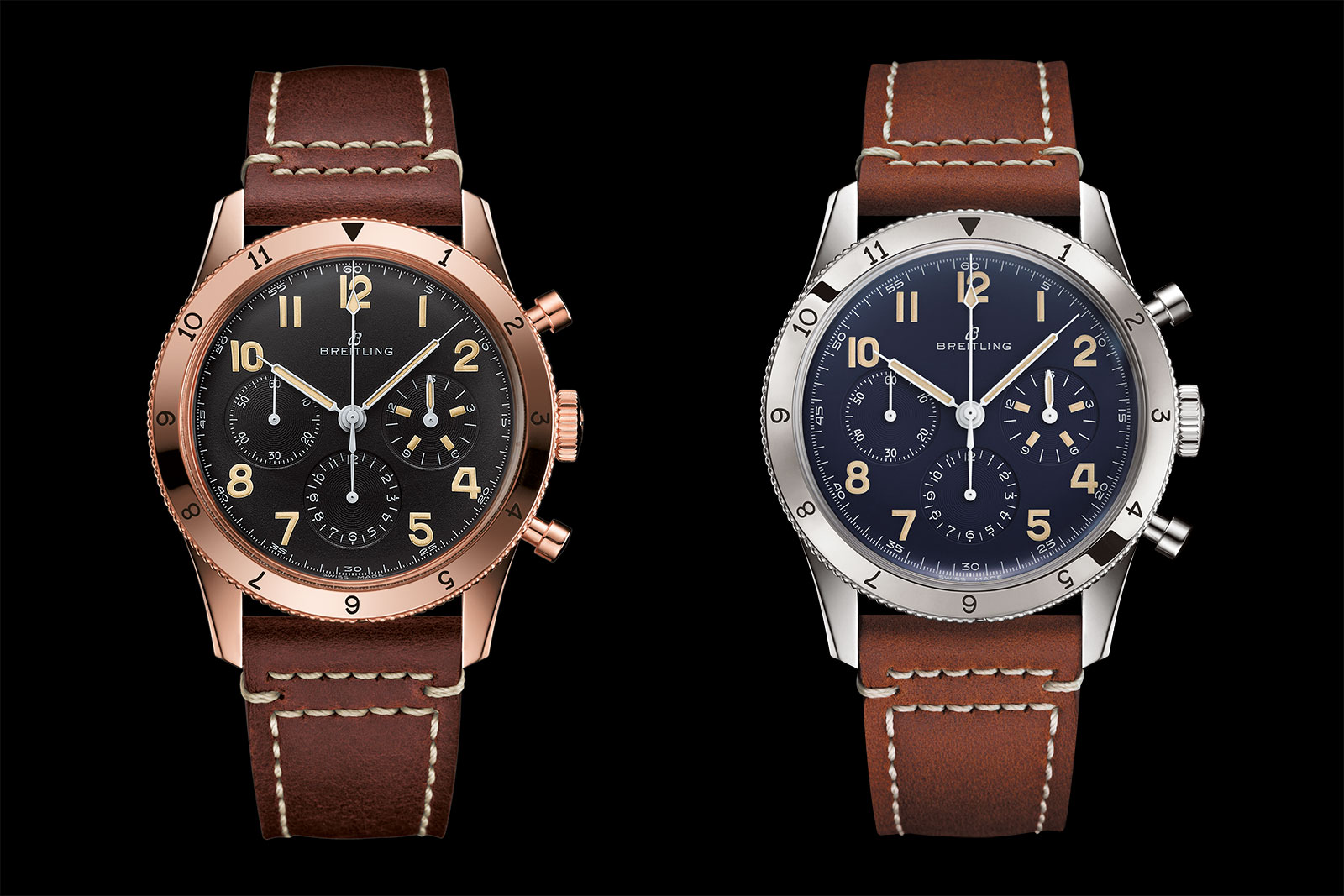 The red gold (left), and platinum